The Fourth Plinth is one of the world’s most famous public art commissions.

It plays an important role in bringing contemporary art and debate to millions for free and casting a new light on London’s most historic square.

An established icon for London, it brings out the art critic in everyone. 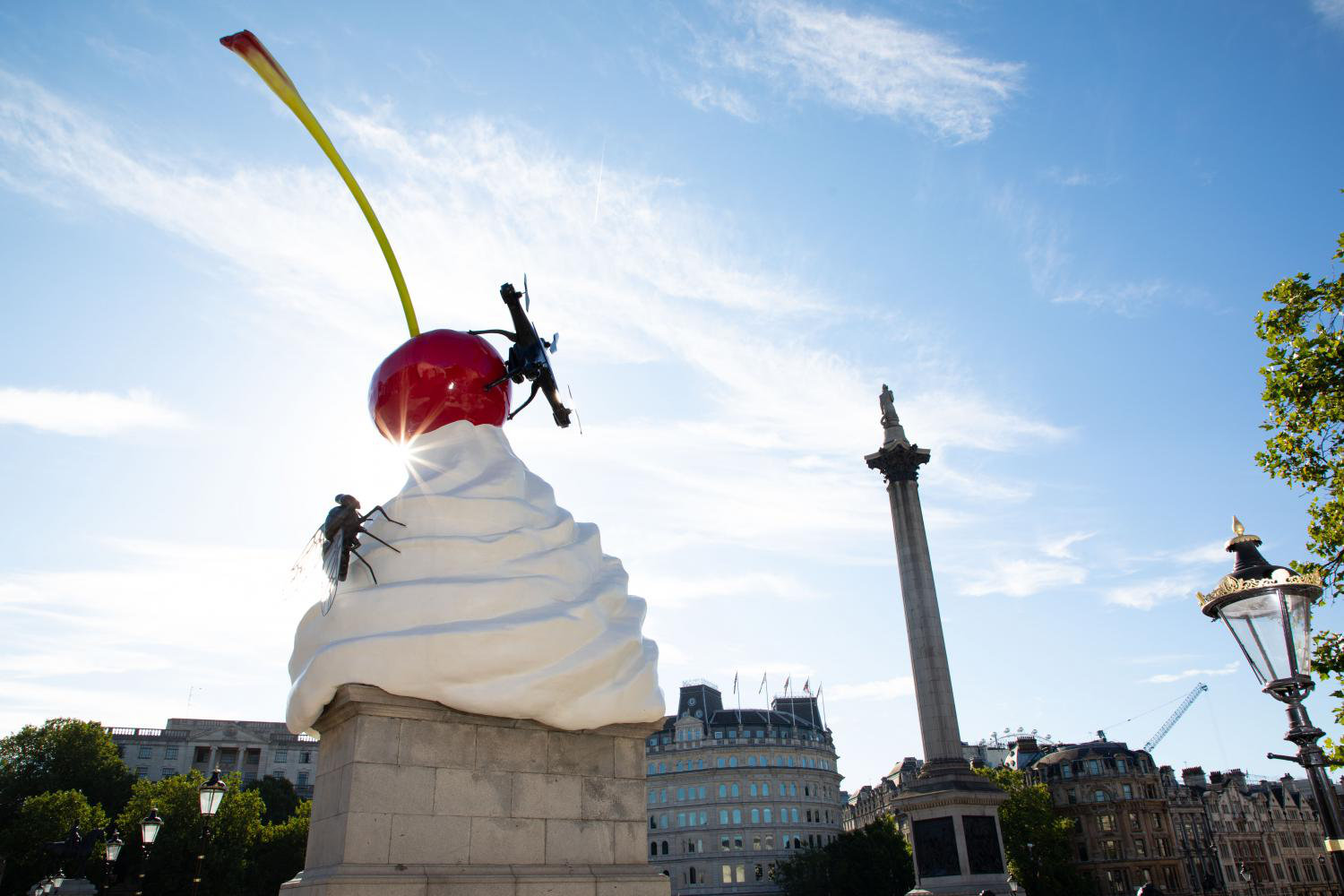 Since launching in 1998, the Fourth Plinth has become known around the world for its diverse commissions and commentary on complex and contemporary issues.

Yinka Shonibare CBE’s ‘Nelson’s Ship in a Bottle’ referenced the legacy of British colonialism as well as the rich diversity of London’s culture which followed.

Katharina Fristch’s ‘Hahn/Cock’ was a comment on masculine posturing in the square.

Michael Rakowitz’s ‘The Invisible Enemy Should Not Exist’ reflected on the complex legacy of the Iraq War and middle Eastern culture in the UK.

The Fourth Plinth commissions are chosen through public consultation and decision making by the Fourth Plinth Commissioning Group, an independent panel of artists, journalists and curators.

The Mayor approves the winning artist based on the recommendations of the Commissioning Group.

In 2017, Michael Rakowitz and Heather Phillipson were selected to create the next Fourth Plinth commissions in 2018 and 2020 respectively.

Born in 1978 in London, where she lives and works, Heather has been selected as the next artist for the Duveen Galleries commission at Tate Britain, which will open in March 2021.

“THE END [has been] scaled up for its ultimate size and context – one in which the surrounding architecture and its population are participants in a mis-scaled landscape, magnifying the banal, and our cohabitation with other lifeforms, to apocalyptic proportions.”
– Heather Phillipson

THE END responds to Trafalgar Square as a site of celebration and protest.

THE END is not about one particular end.
It can be seen as a call to action, to put an end to the things that aren’t right in our society and to put them right.

Made in London, the sculpture showcases the talents of a team of experts in construction, engineering, transportation and installation.

Months of experimentation, manufacturing and testing have resulted in a 9.4m tall, 9 tonne sculpture that will withstand constant exposure to the elements and retain the spirit of Heather’s original vision.

THE END is the first fully accessible commission on the Fourth Plinth. There is a braille panel included on the plaque, a tactile image of the work, and an audio description of the work on london.gov.uk.