Hans Schabus‘s Cafe Hansi is an independent and functional spatial work of art within the architecture of the mumok building. 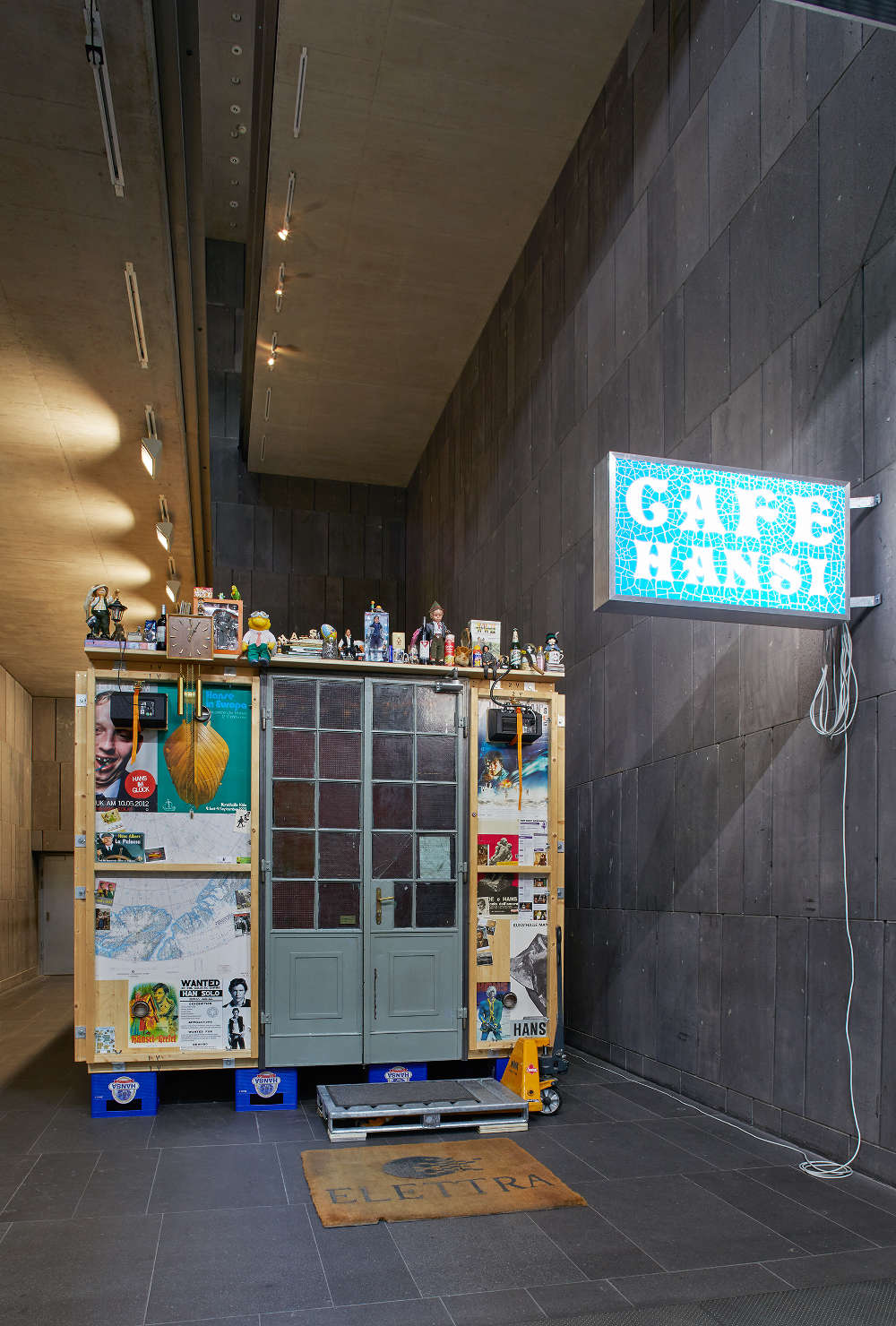 It is open to visitors every last Thursday of every month from 6 to 9 pm. The idea is to spend some time there, leaving the sober space of the museum behind. When entering this café you walk into a mirrored interior with metallic reliefs on the walls, and with a bar counter, a small kitchen, and a toilet—whose water pipes connect Cafe Hansi directly with the gray basalt museum building.

Above the entrance and on the outer walls, Schabus presents a special collection of objects that he has been acquiring for more than fifteen years. These include toy figures and music records, a pendulum clock, a canary, cups and beakers, and Hansa medicinal plaster. They all have one thing in common—they are all somehow named Hans, and are thus are like encoded signatures by the artist himself. With plenty of self-irony, Schabus plays games with one of the most common and ordinary first names of his generation.

The contrast between the surrounding space of the museum and Cafe Hansi is also mirrored in the contrast between the exterior and the interior of the café itself. The outer skin is an ironical and simple wooden cladding, which contrasts starkly with the perfectly styled, minimalist, and literally crystal-clear interior. It is like entering a completely different world, whose beauty and precision are all the more noticeable due to the difference between inside and outside.

The interior is a working bar, but it is not a bar like any other. It is seen specifically in terms of its status as a work of art inside a museum. The mirrors do not only make the space seem larger, they also make it possible for visitors to see the acts of seeing themselves and other users as part of an art event that is also still linked with everyday life. The way the waiter communicates is also subject to subtle instructions from the artist, while the geometrically reduced shapes of the cups is also a sign of an artistic impulse in the use of materials and forms that very consciously and very precisely deviates from conventional forms. All of this takes place without any force or exaggeration—as a scarcely perceptible balance between normalcy and show.