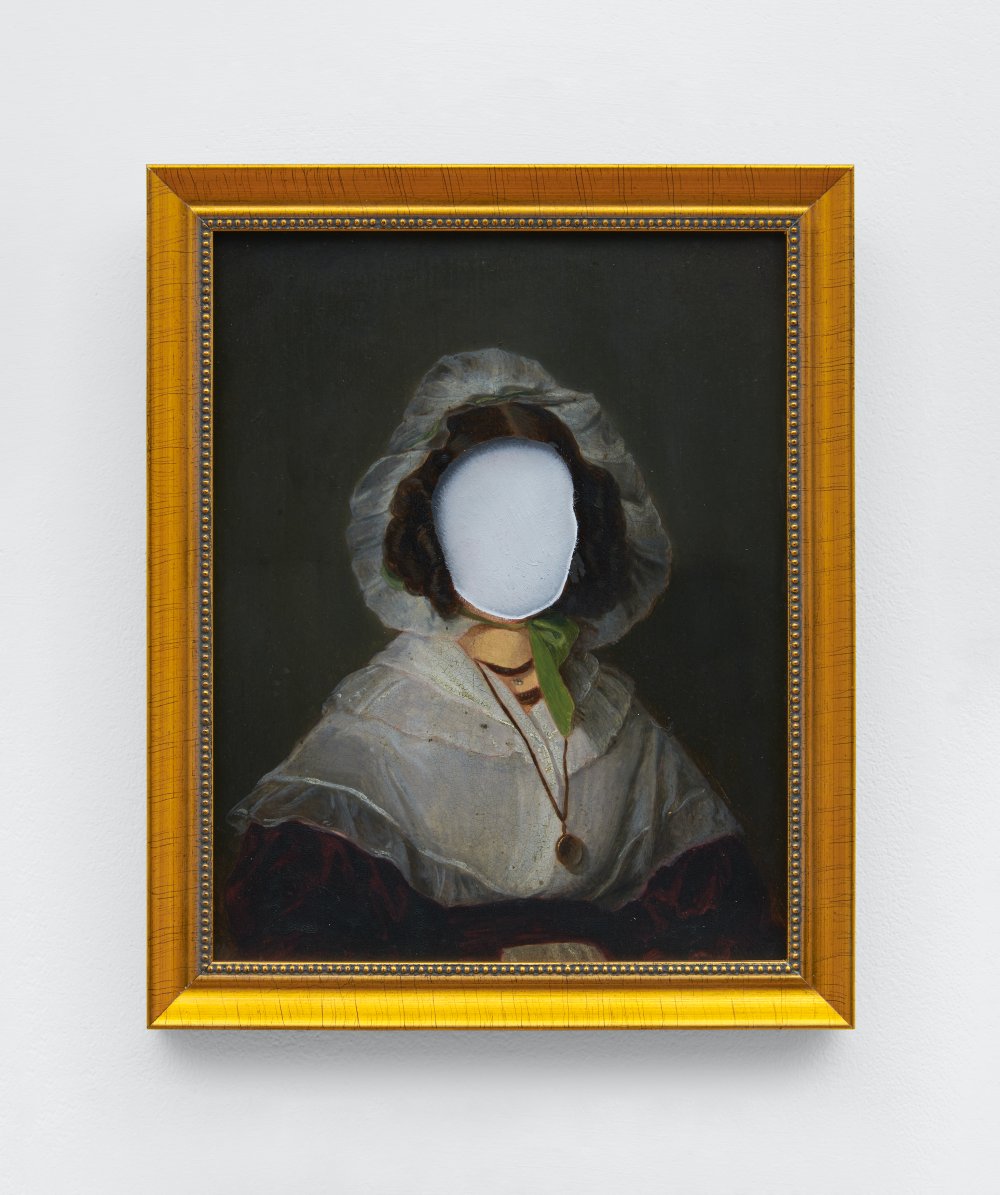 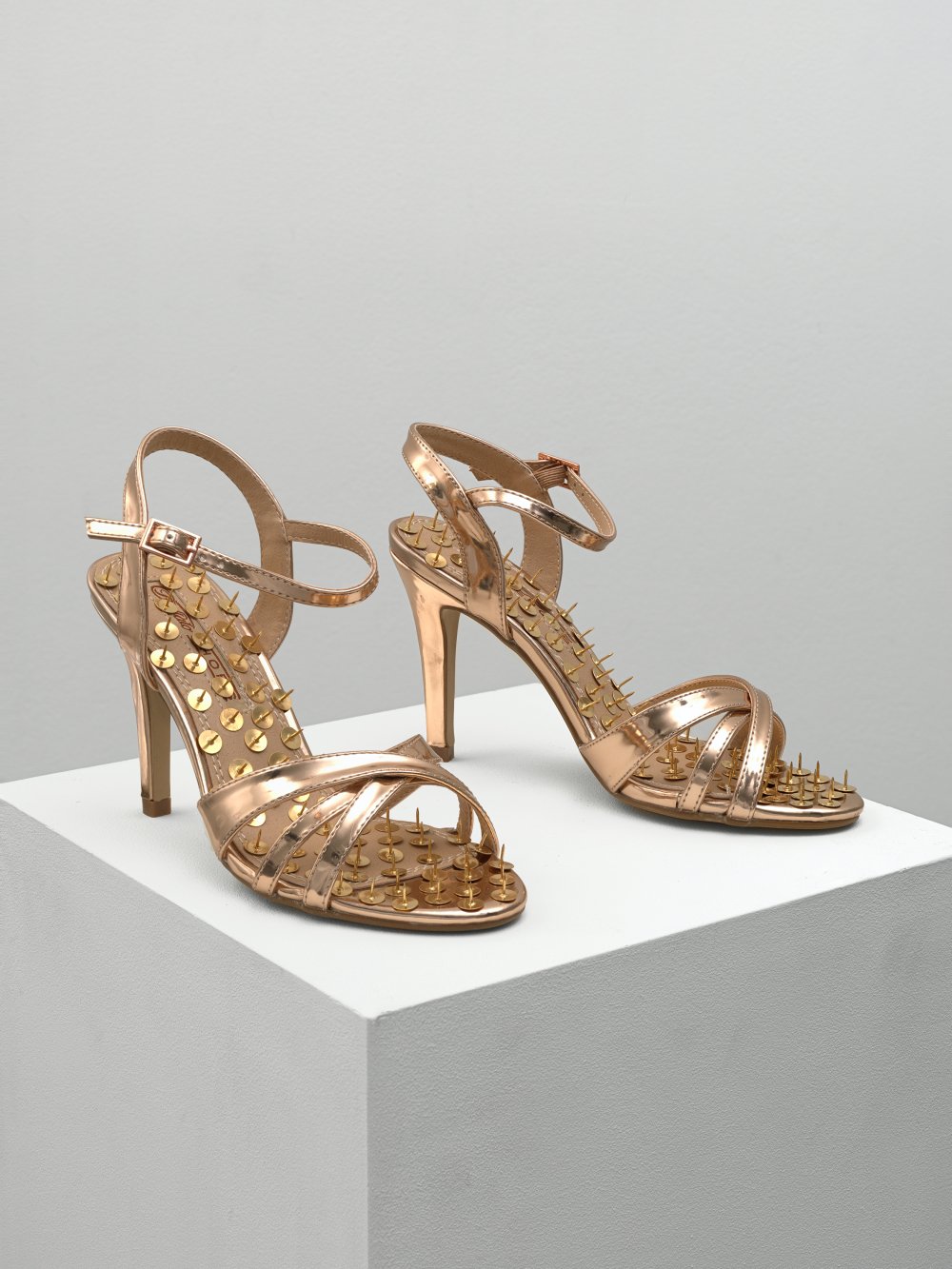 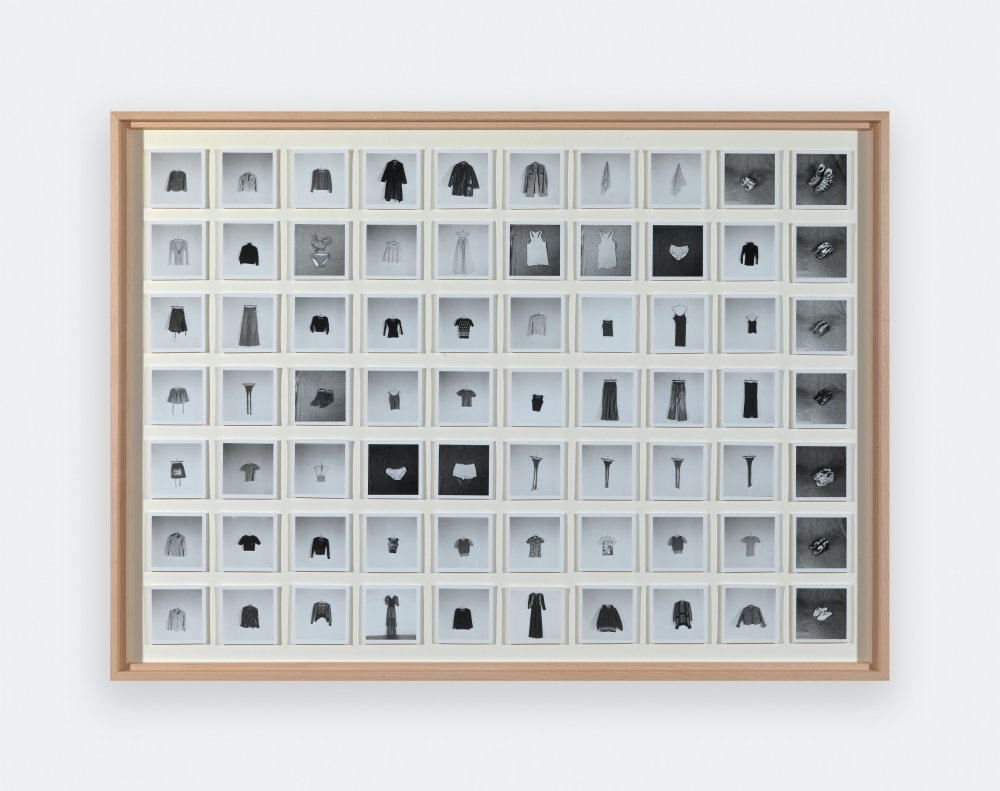 Hans-Peter Feldmann
All the Clothes of a Woman, 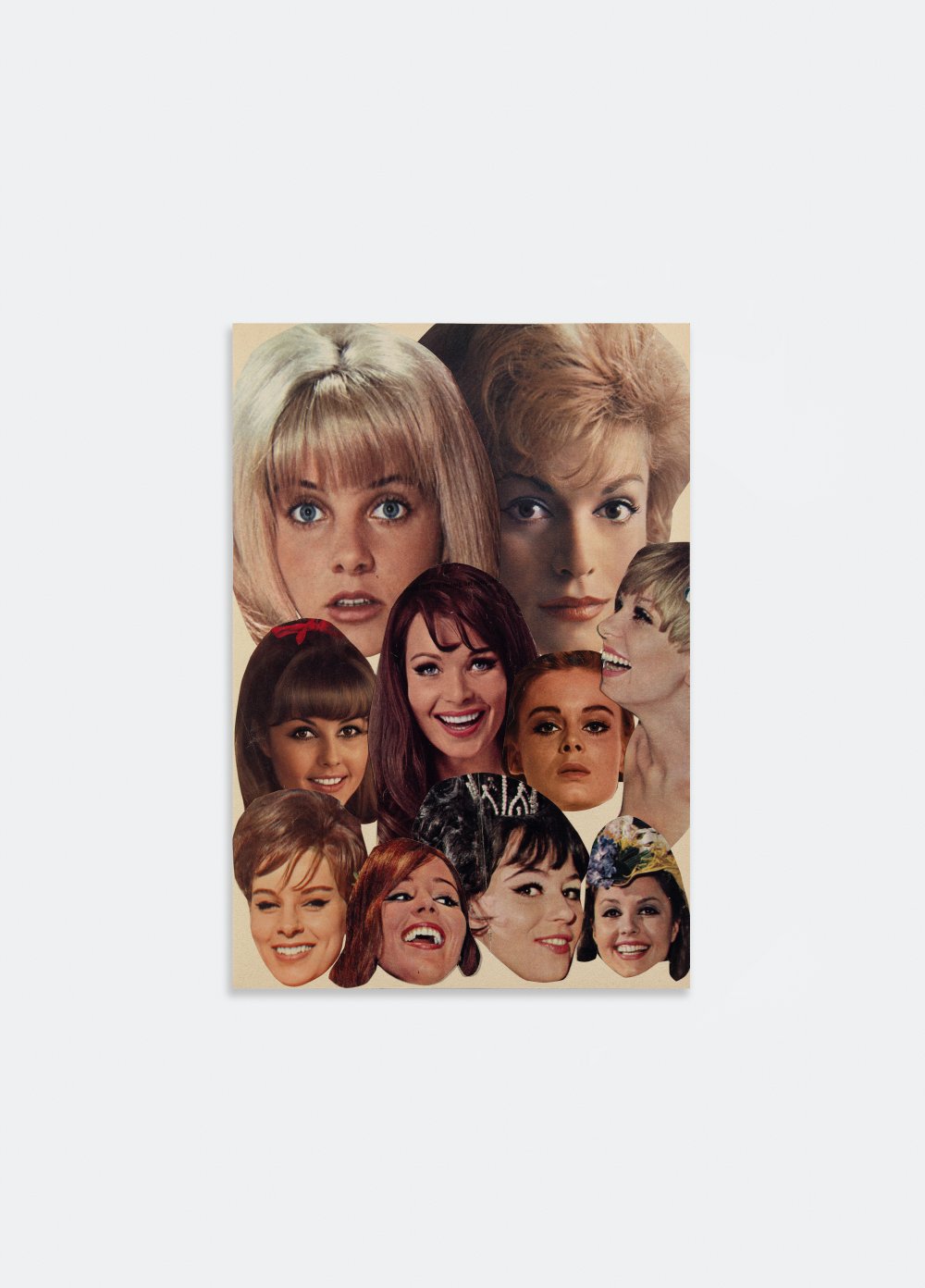 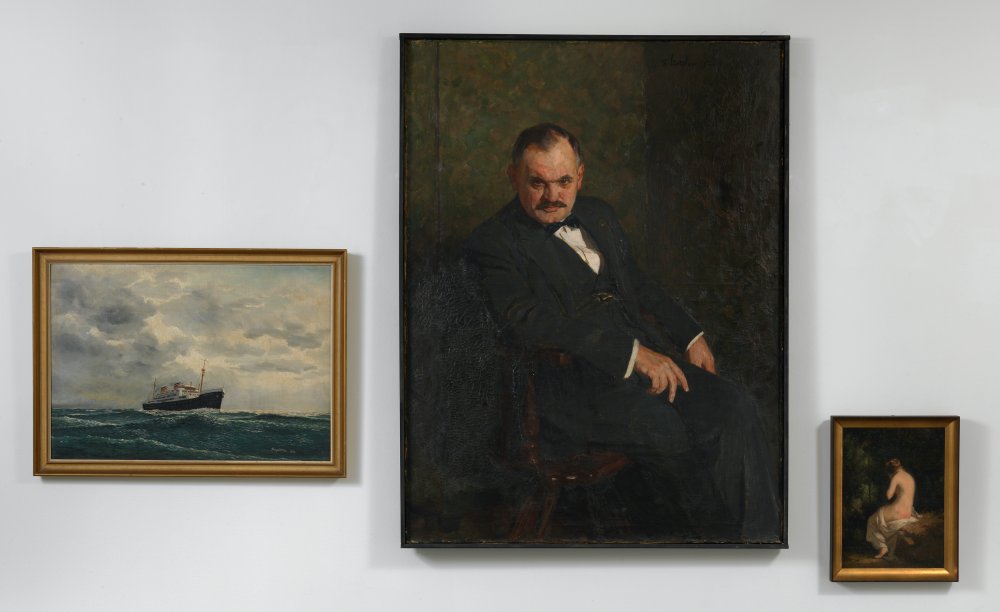 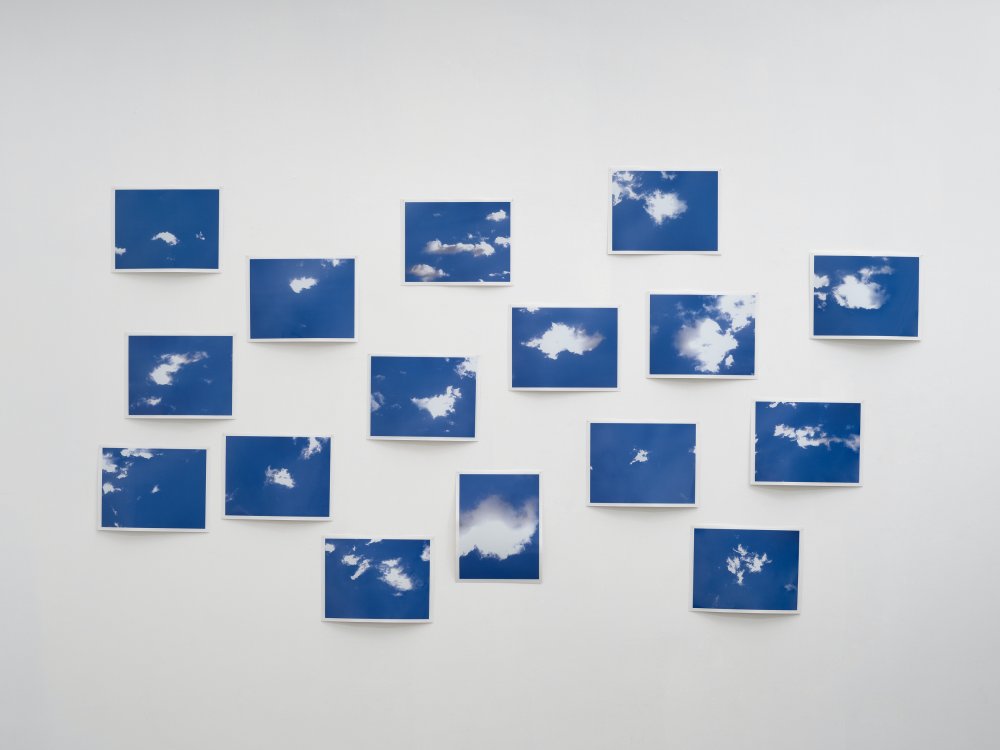 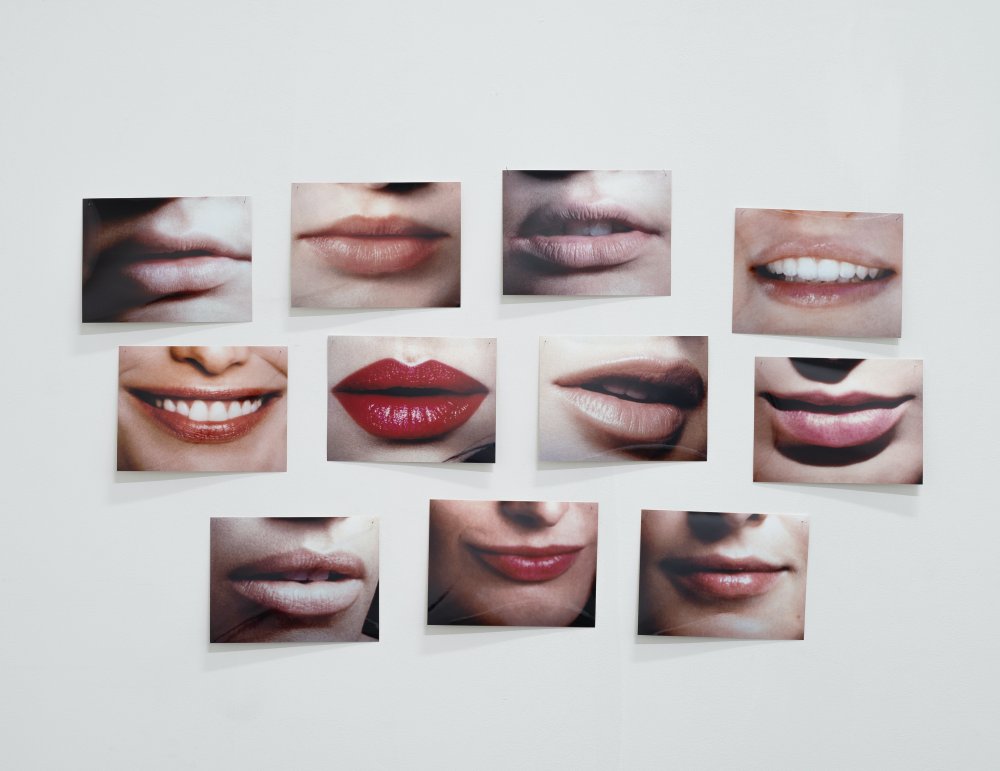 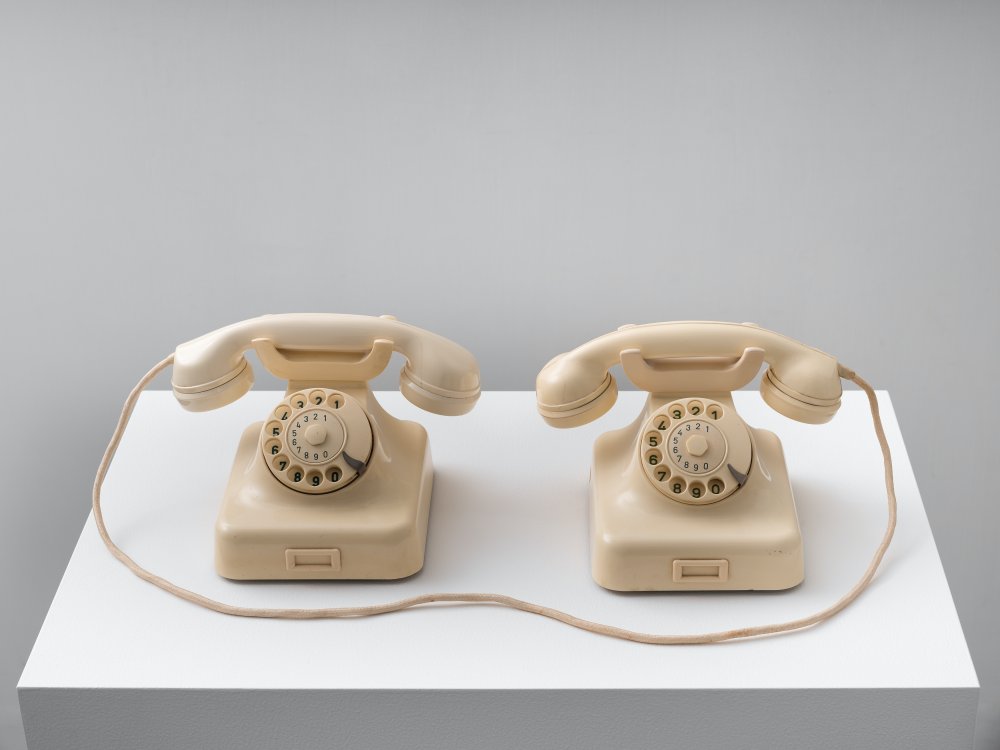 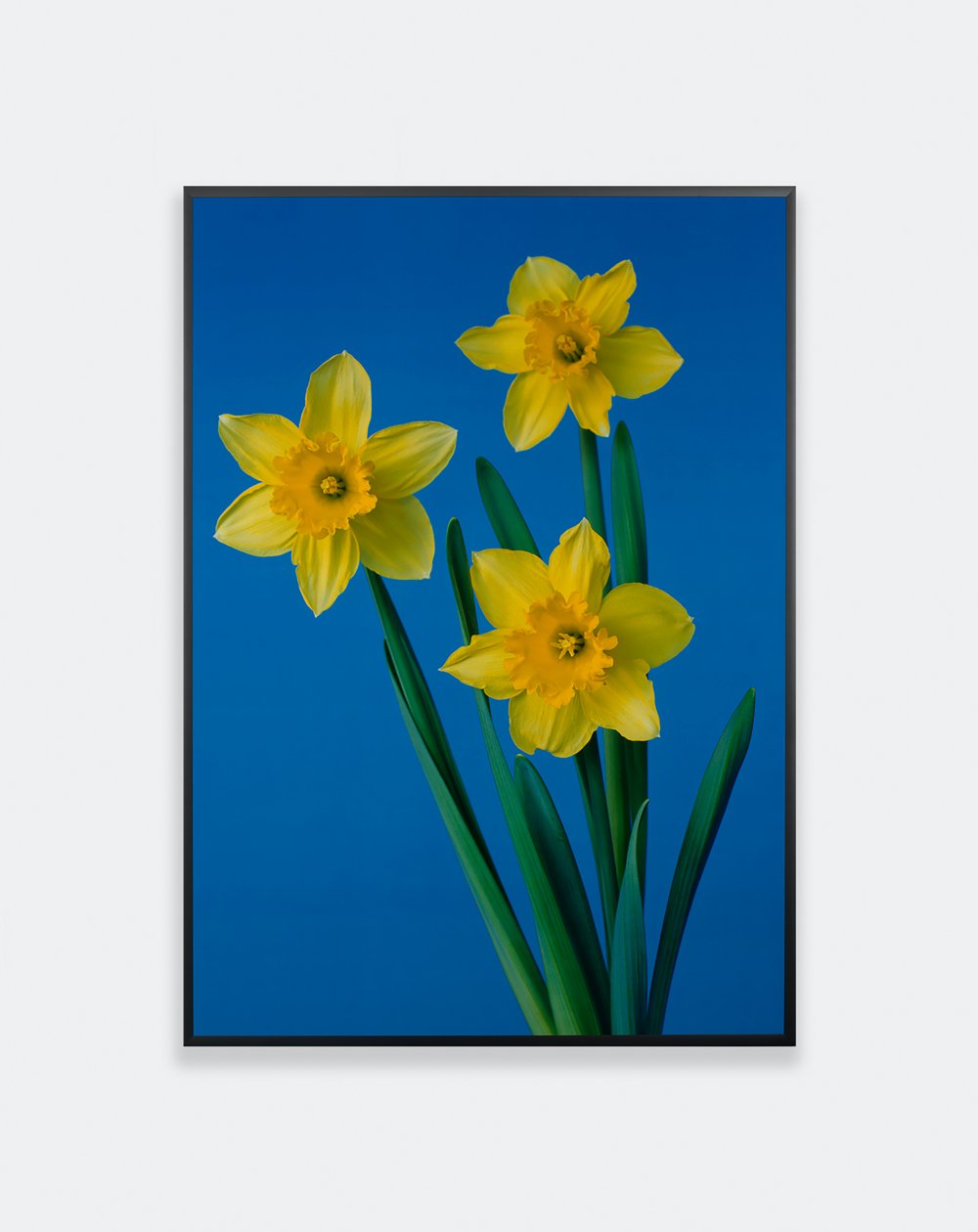 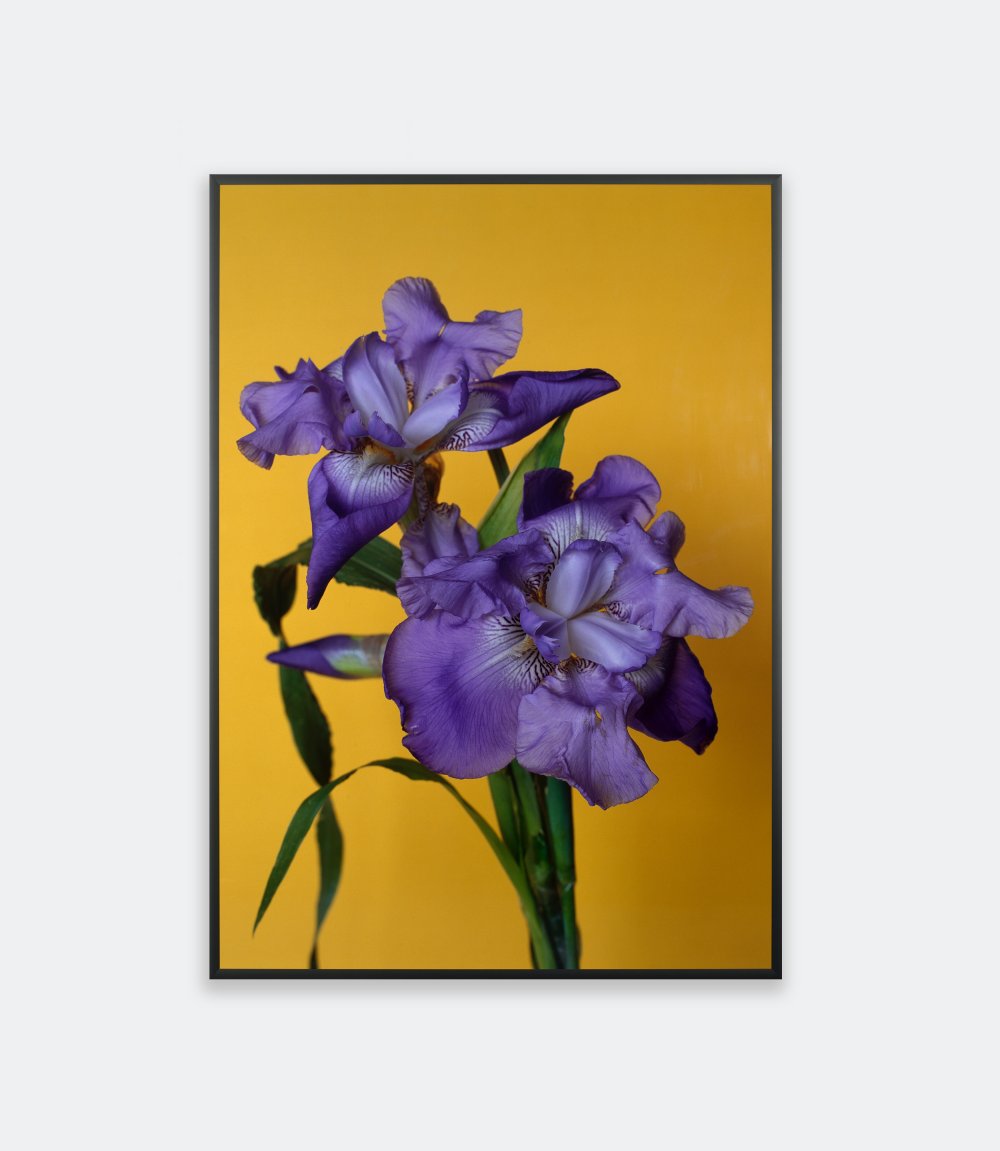 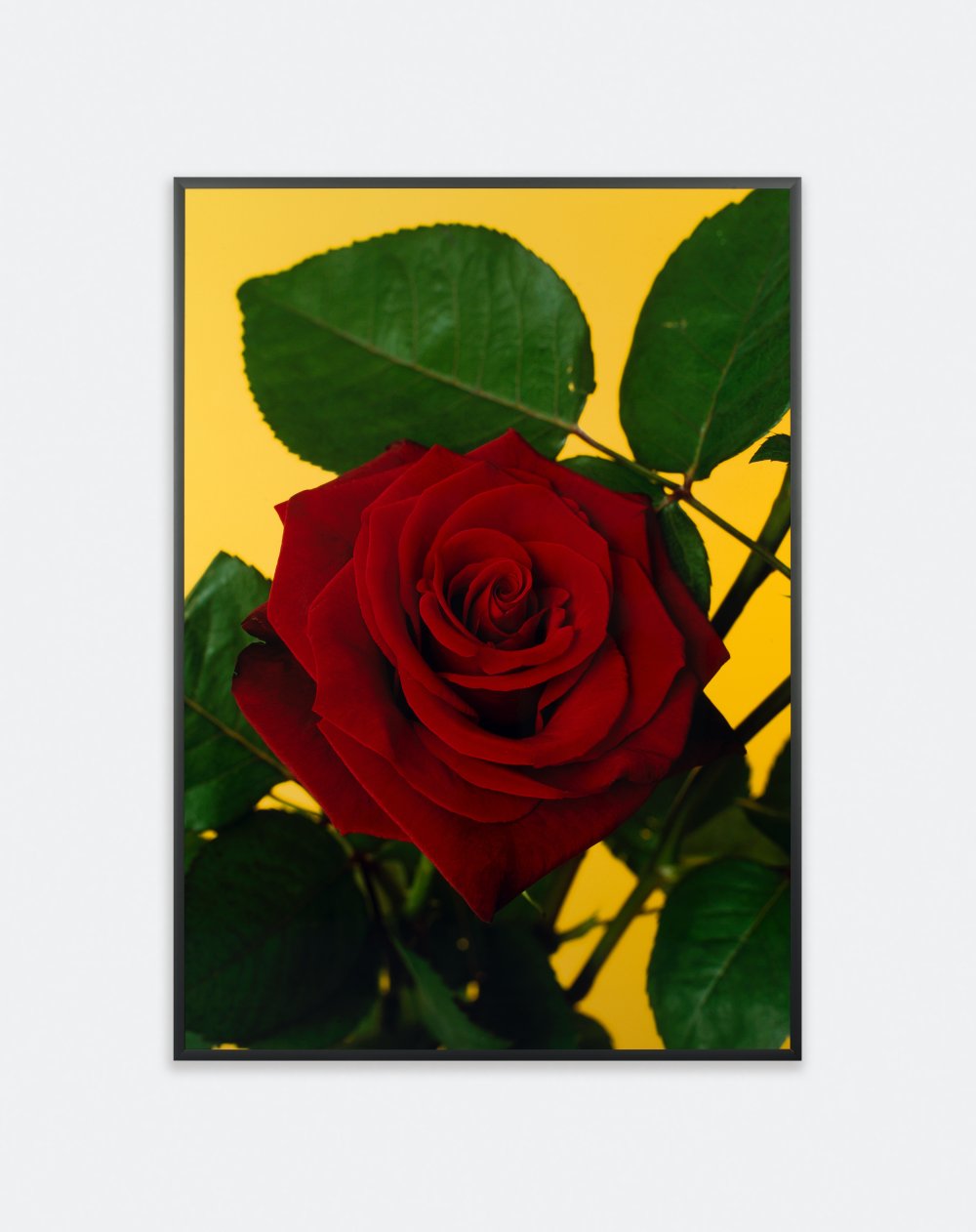 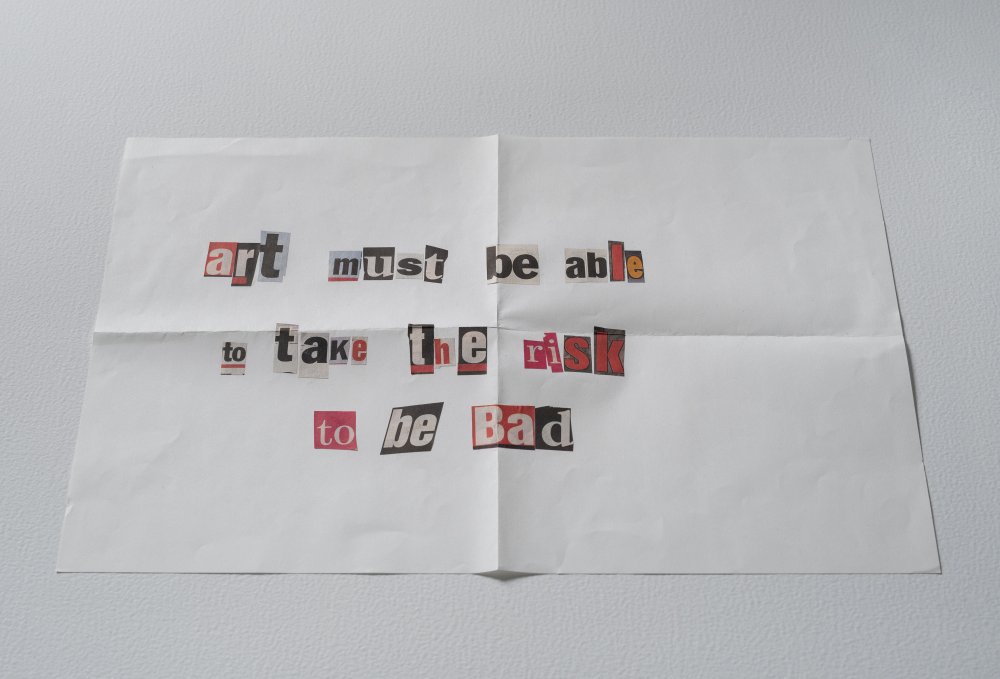 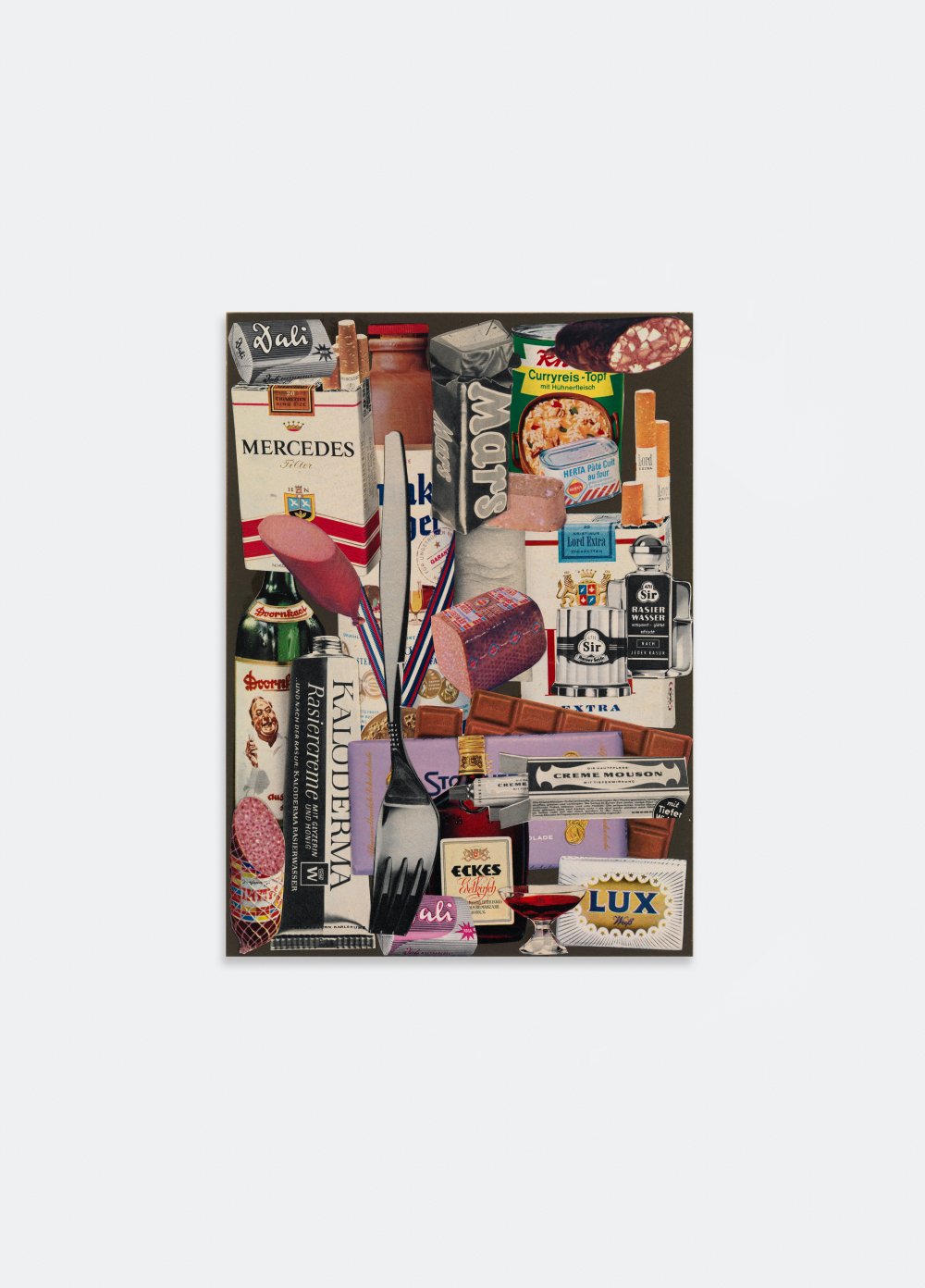 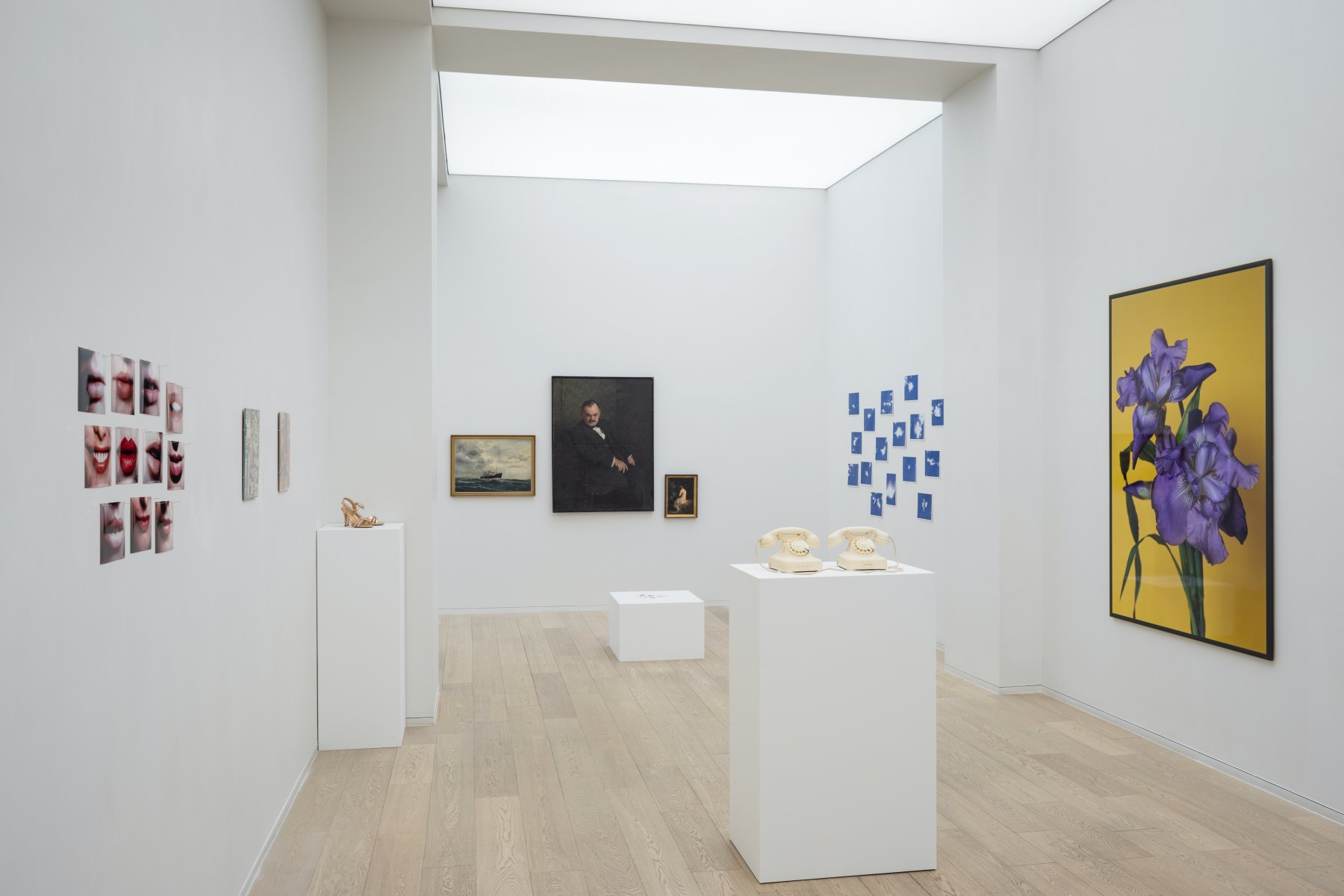 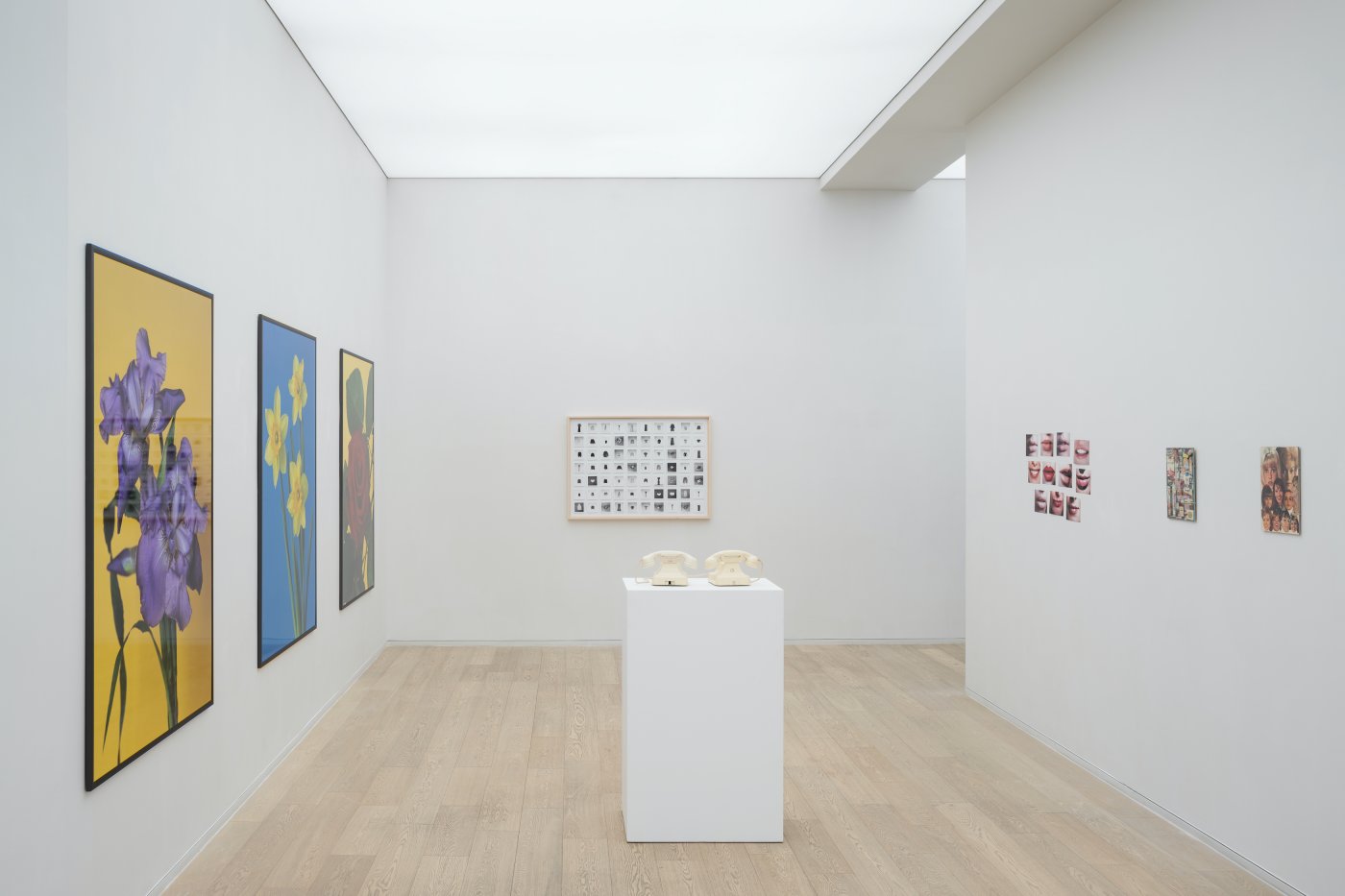 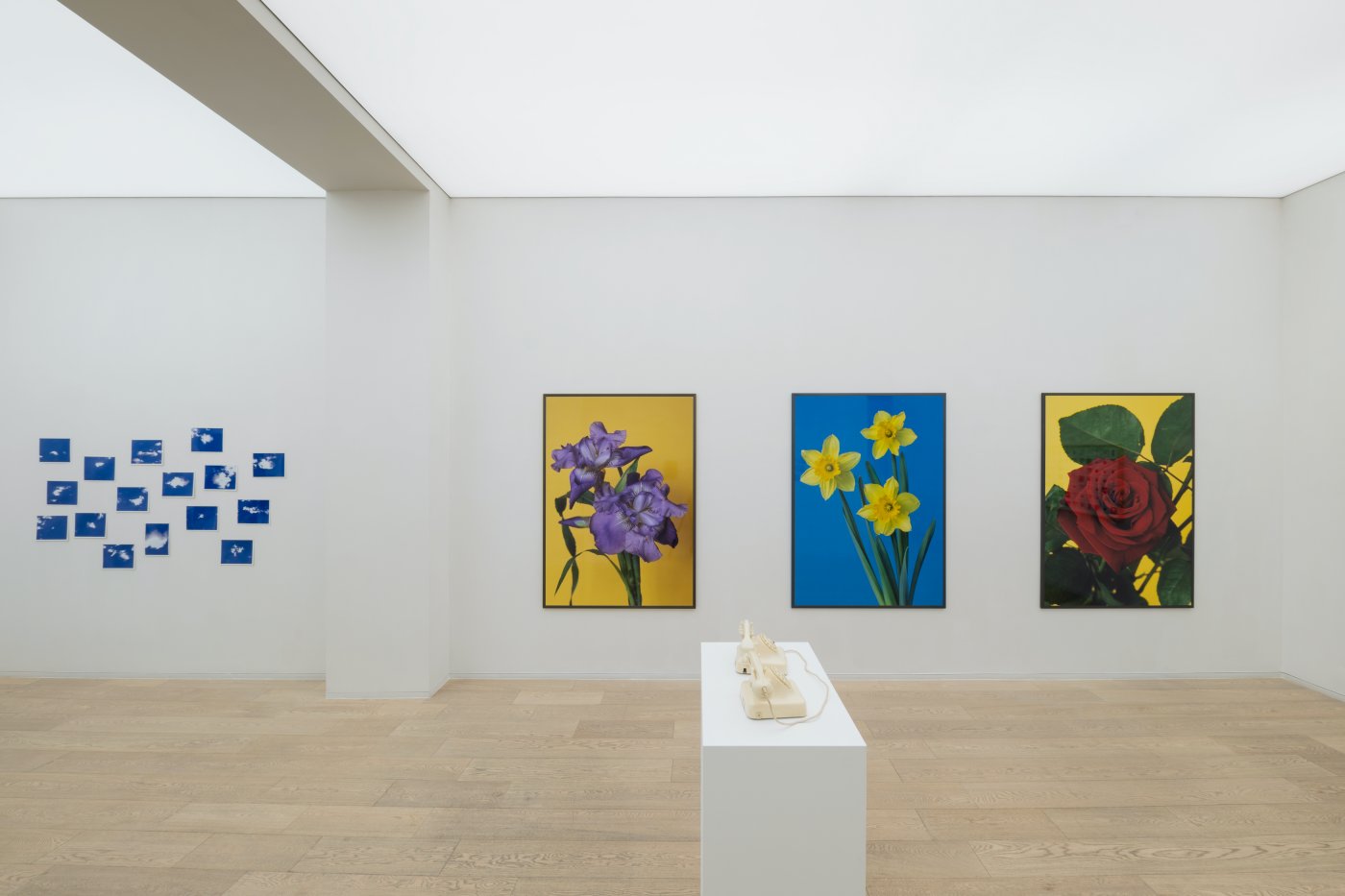 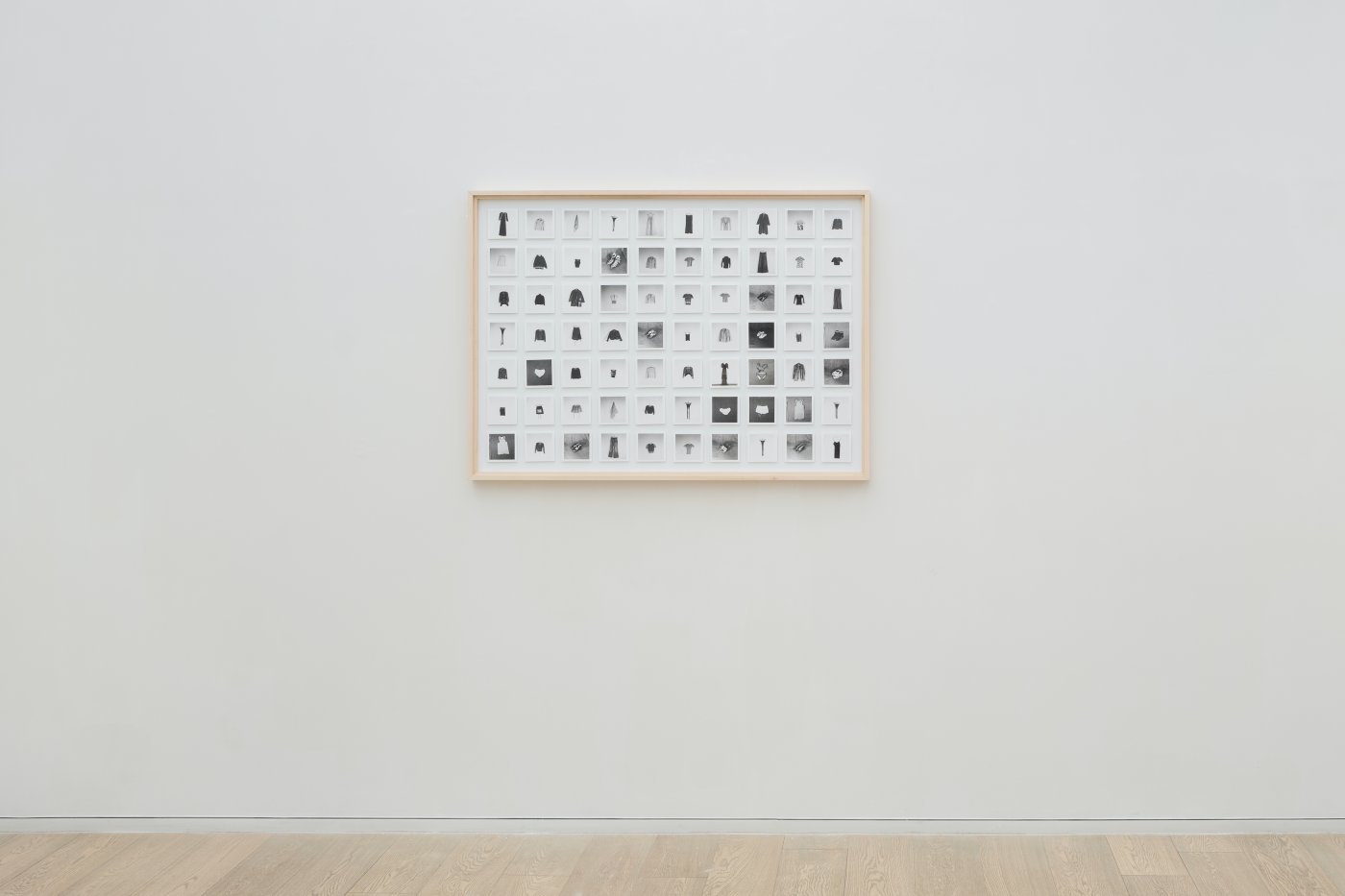 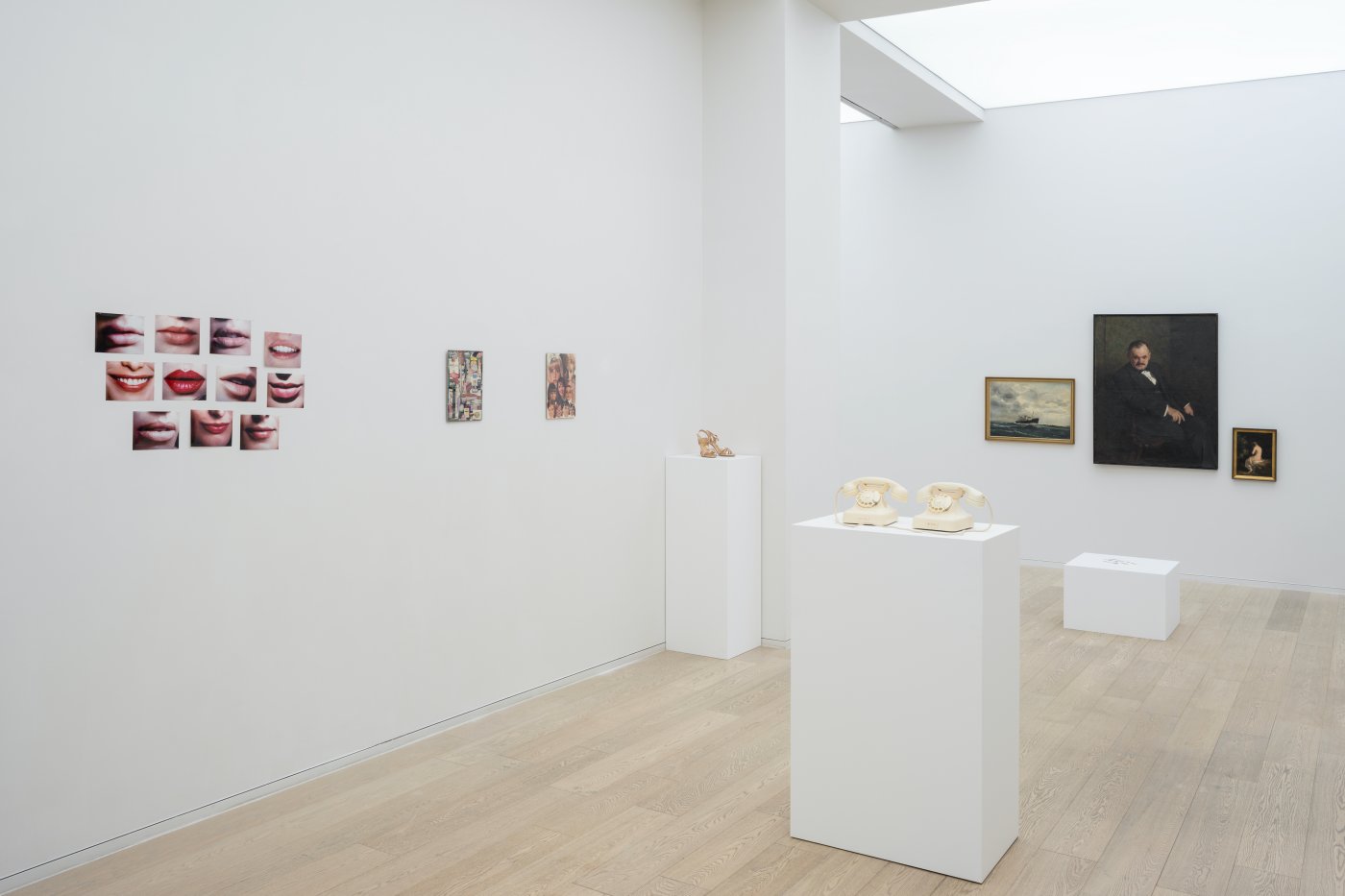 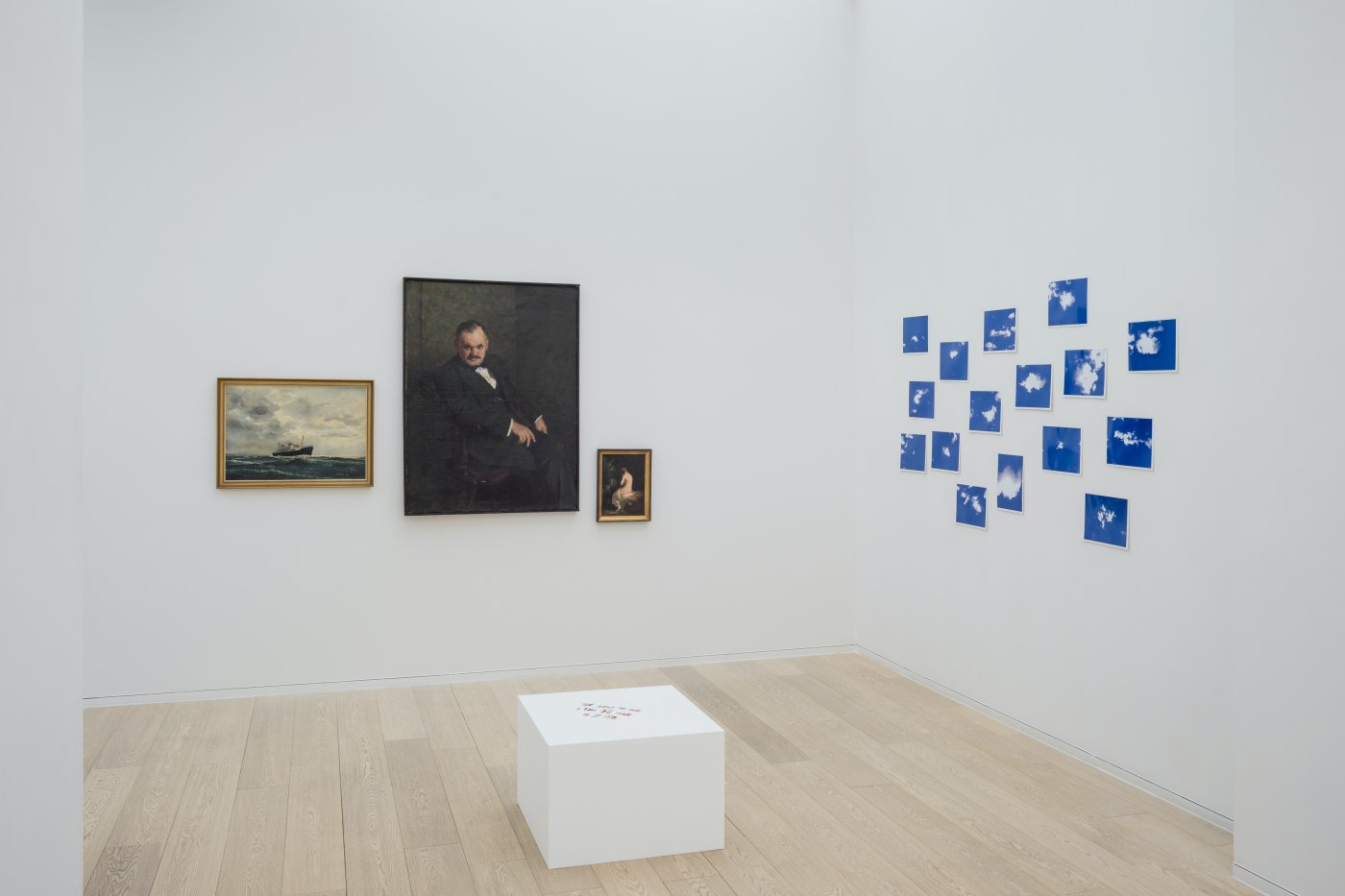 Feldmann’s work dissolves the borders between art and life, blurring distinctions between conventionally high and low culture to discover unexpected, humorous outcomes that often verge on the absurd, and which challenge his viewers’ aesthetic sensibilities. One consistent strand of his practice sees the artist appropriate and modify historic oil paintings, mined from auctions, second hand shops and markets. Disrupting long-held assertions of the artist’s role as a unique creator, Feldmann systematically reconstructs existing images and objects to reflect on representation, with such subtle, humorous interventions as the addition of a red nose to a portrait, or by painting over the subject’s face to create a trompe l’oeil cut out. In A Story, the artist brings together three found paintings in a simple grouping that encourages the viewer to make connections or associations between the otherwise unrelated canvases, ultimately bestowing each of them with new life and narrative meaning.

Elsewhere, Feldmann presents All the Clothes of a Woman, a photo series that brings together 70 individual black and white photographs of all the items of clothing from one woman’s wardrobe. It paints a picture of the subject without ever revealing her to the viewer – she remains an enigmatic presence, gently fetishised by her outfit choices. The work distils Feldmann’s artistic thesis, which promotes a democratic approach to art making, favouring appropriation and fragmented narrative to explore the meaning, or rather meaninglessness, of everyday life. The concept of fetish is extended in other works in the exhibition that are constructed around women’s footwear: in one sculpture, a pair of gold sandals on a plinth are embedded with upturned drawing pins. Feldmann’s use of mass- produced images and objects implies a compulsion to archive the mundane in his pursuit to understand our quotidian lives; within the prosaic, he finds detail, nuance and intimate, complex narrative.