Galerie Max Hetzler presents the first solo exhibition of works by Hans Josephsohn since announcing representation of the artist’s estate, at Goethestraße 2/3, Berlin. 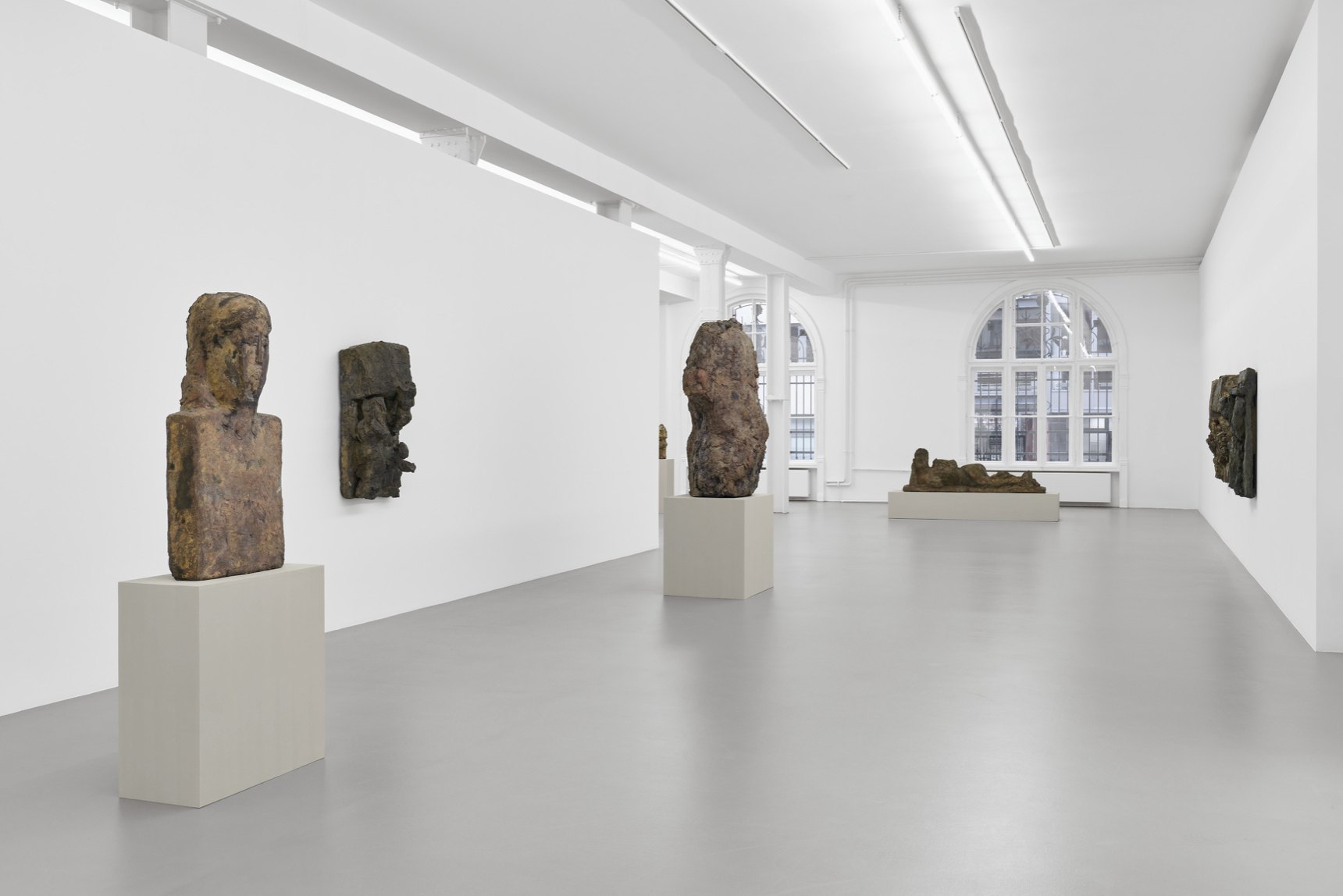 Over the course of six decades, Hans Josephsohn created a prolifc oeuvre of sculpture, centring on the human fgure. For Josephsohn, humanity manifested itself in the body and human existence was defned by corporeality. Fascinated by mass and shape within space, the artist chose specifc forms—the bust, the seated fgure, the standing fgure, the reclining fgure, the half-fgure, as well as reliefs—as the central themes in his oeuvre, working on these throughout his life. “My fgures must be permanent. Standing. Sitting. Reclining. Figure. Head. Half-fgure. The fgures must be permanent in their expression, in their posture.” (1)

Whilst Josephsohn’s early works take on the slender appearance of stelae, the artist later became interested in adding to the bulk and shape of his fgures, working in fast drying plaster which he later cast in brass or bronze. Traces of his search for the perfect expression by means of the right shape, can be seen in the additions and subtractions of matter and by the marks of his fngers on the fnished works. The sculptures are characterised by an urgent bodily materiality, combining immediacy of technique with an aesthetic of timelessness, in pursuit of capturing “réalité vivante” (living reality). All the while, “he never even considered the possibility of renouncing the fgure,” Gerhard Mack explains. “To him sculpture has always been a dialogue with the human form and the human condition.” (2)

The current exhibition presents 24 sculptures dating from as early as 1950, until the early 2000s, providing a survey of works and casting light on the development of Josephsohn’s unique style. Three main periods are recognisable in retrospect: a geometrically abstract early period in the 1940s and 1950s is followed by a more fgurative focus, which is yet again followed by the accumulative abstraction of his late work, from the 1980s onwards. These phases are not abruptly defned, but rather evolve almost imperceptibly like an organic process, from one to the other. The sculptures shown are accompanied by several drawings, which give further insight into the artist’s interest in fgure relations, narratives and space.

Working almost always from the model, Josephsohn hardly ever presented a portrait character in his sculptures, relying on insight instead. He gradually shifted from near abstraction to the more closely fgurative and back. The larger half-fgures, for example, evoke geological formations in colour, texture and scale. Yet, they are rooted in corporeality, expressing the presence and vital simplicity of the human form. Through their horizontality and proximity to the ground, the reclining fgures share this materiality, whilst also emanating something intangible, caught between gravity and grace. Josephsohn’s sculptural feeling is therefore based on the appreciation of masses in relation to space, giving his sculpture a sense of spontaneity and permanence which is at once pre-historic and at the pulse of life.