“I have a feeling I have never accepted life as it is. But of course that gave me the strength to put something else in its place; to show how it should be. I suppose philosophers would call it utopian. […] I always choose sculpture, maybe to protect myself from my own vehemence, from the catastrophe of real contact. Maybe that’s how I deal with the fullness of life, because it’s too much for me to take.”
– Hans Josephsohn 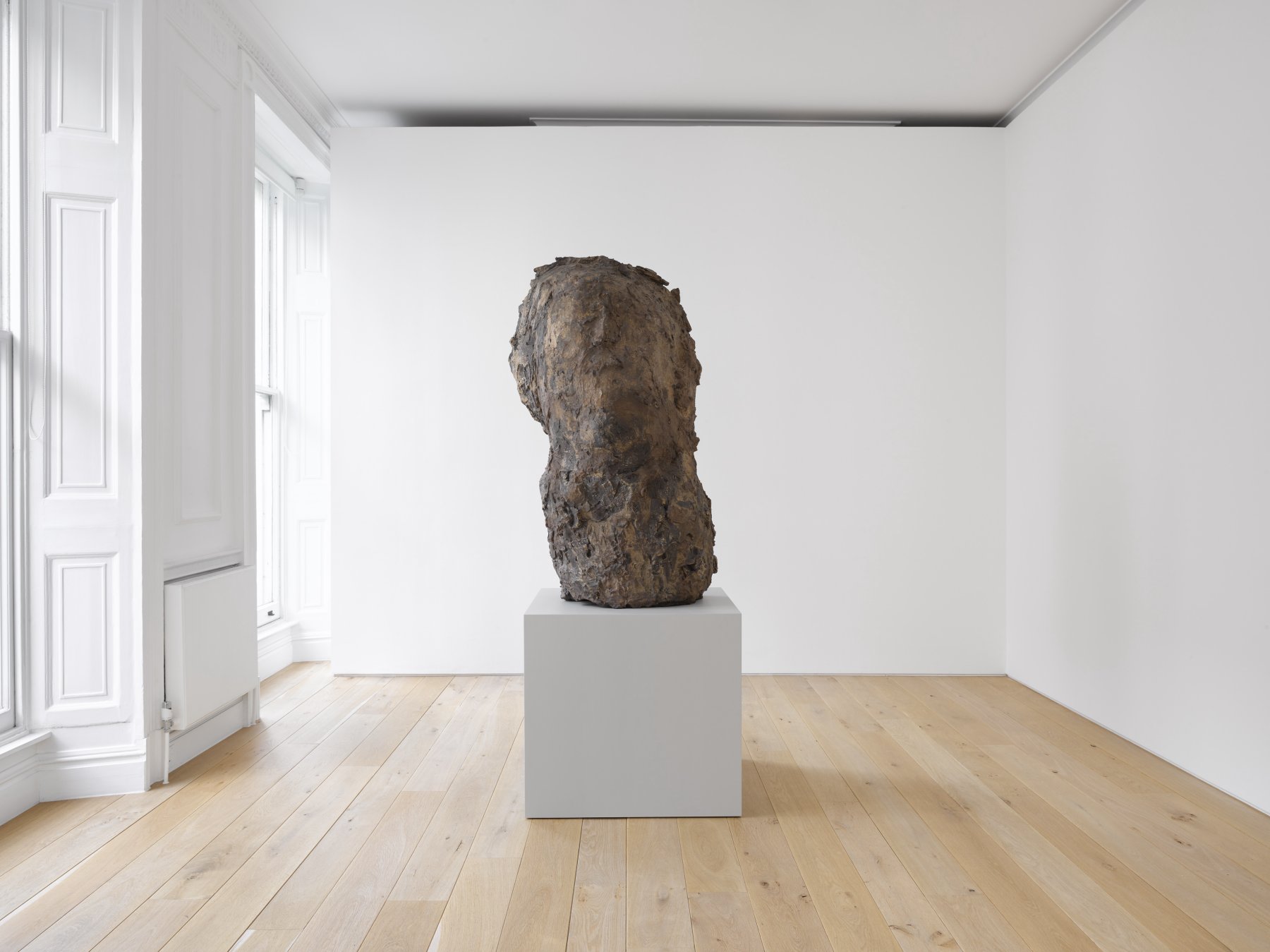 Throughout his career, Hans Josephsohn (1920 – 2012) sculpted the human figure — a form which goes back millennia, hinting at a primal need. In various guises and poses, representational as much of the human condition as of the human body, Josephsohn’s work is both timeless and vital. This exhibition brings together works spanning fifty years from the 1950s to the 1990s. All sculpted from live models within the artist’s intimate circle, the figures inhabit the space standing, reclining, as busts, or interacting in wall reliefs.

Josephsohn took inspiration from Medieval art, Romanesque churches and Indian temple reliefs, amongst others, drawn to the centrality of the human figure in the works. Translating the lived experience into sculpture, “to Josephsohn, human beings are bodies; everything is expressed in this body — thoughts and feeling, desires and anxieties, stories and expectations”, Gerhard Mack explains.

Orphaned and displaced by the Second World War as a teenager, and then forced into labor camps as a Jewish immigrant in Switzerland, the experience of war has marked his oeuvre and his relationship to humanity. Beginning his career in the late 1930s, Josephsohn spent decades in his studio trying to comprehend the core of a person, of an individual outside of the collective, which could be swayed so drastically. Josephsohn lived through his expressive sculpture, and those he sculpted. “All the crises in life, all of the adventures… I went through all of that in my studio” he says. Living in exile, Josephsohn comments, “sculpture became my home country. Sculptors across history were my true relatives.” In his sculpture, he finds a neutral plane in which the body is stripped bare of any political affiliations, becoming anti-monuments to the fascist era and monuments to the humanity of individual existence, as expressed through the physicality of the body, celebrating love and life.

Describing his process as a mystical experience which brought him great joy, Josephsohn sculpted his large works in plaster and smaller works in clay before casting them in brass, and occasionally bronze. Working in an additive and subtractive process, Josephsohn would both mould the works with his hands and coarsely chisel away at them, using an axe or a hammer. From an impermanent brittle material, Josephsohn created something permanent, durable — a sculpture cast in brass, still revealing the marks of its own making and the direct relationship between the hand of the artist and the body of the subject. Jackie Wullschlager elaborates, “simultaneously they are confrontational in their reserve, enveloped in their realm: fleeting records of a moment, a stance, a pose; fragmentary witnesses to process, change, and the turbulence of their creation.”

Having spent time in Italy studying frescoes, and in London contemplating the works at the National Gallery and the British Museum, Josephsohn introduced a narrative quality to his work through wall-based reliefs. Whereas in his portraits Josephsohn addressed the body as a receptacle of emotion and life, in his reliefs he canonises a transient moment between figures. Breaking out of the confines of the frame, the figures have an incredible energy to them. Replicating the experience of the studio, an onlooker often observes the scene. Josephsohn comments “when life was hard, I used to make couples. Wishful thinking. The impression is deceptive, of course. Happiness is personal. And maybe the couple will break up.” One scene depicts a woman seductively stretching as she contemplates her reflection in the mirror. In another, a couple embraces while a kneeling figure in the corner looks on. Drawing on a language which is both historical and current, Josephsohn’s work summarises the essence of humanity, outside of all of its intrusions. He sought to make sculpture that “has the power of life itself.”

The exhibition will be accompanied by a joint publication of the artist’s solo exhibitions at Galerie Max Hetzler in London and Berlin, both 2022.