Petzel Gallery presents Europa 97, the gallery’s first solo exhibition of Hanne Darboven at its Upper East Side location, in collaboration with Sprüth Magers. 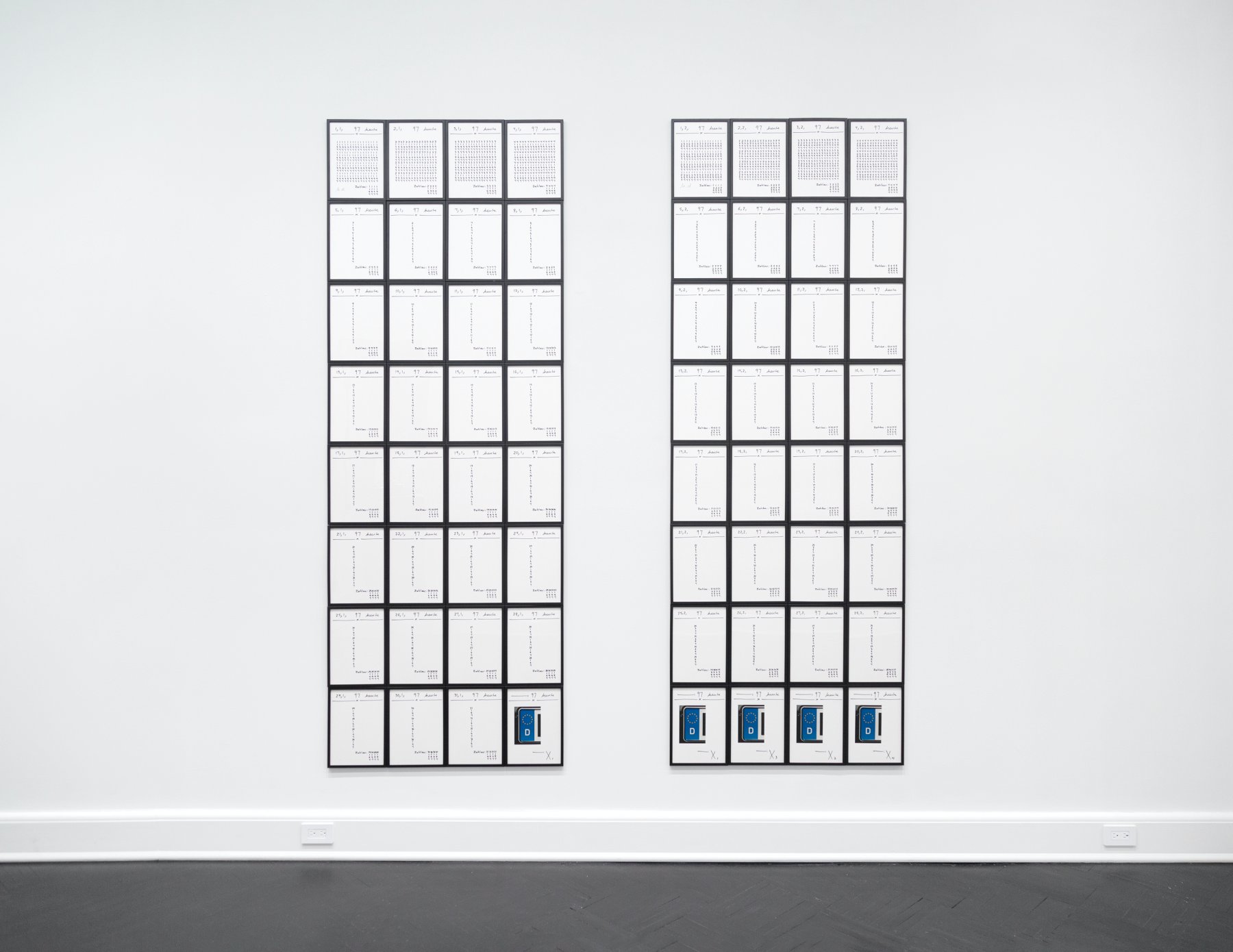 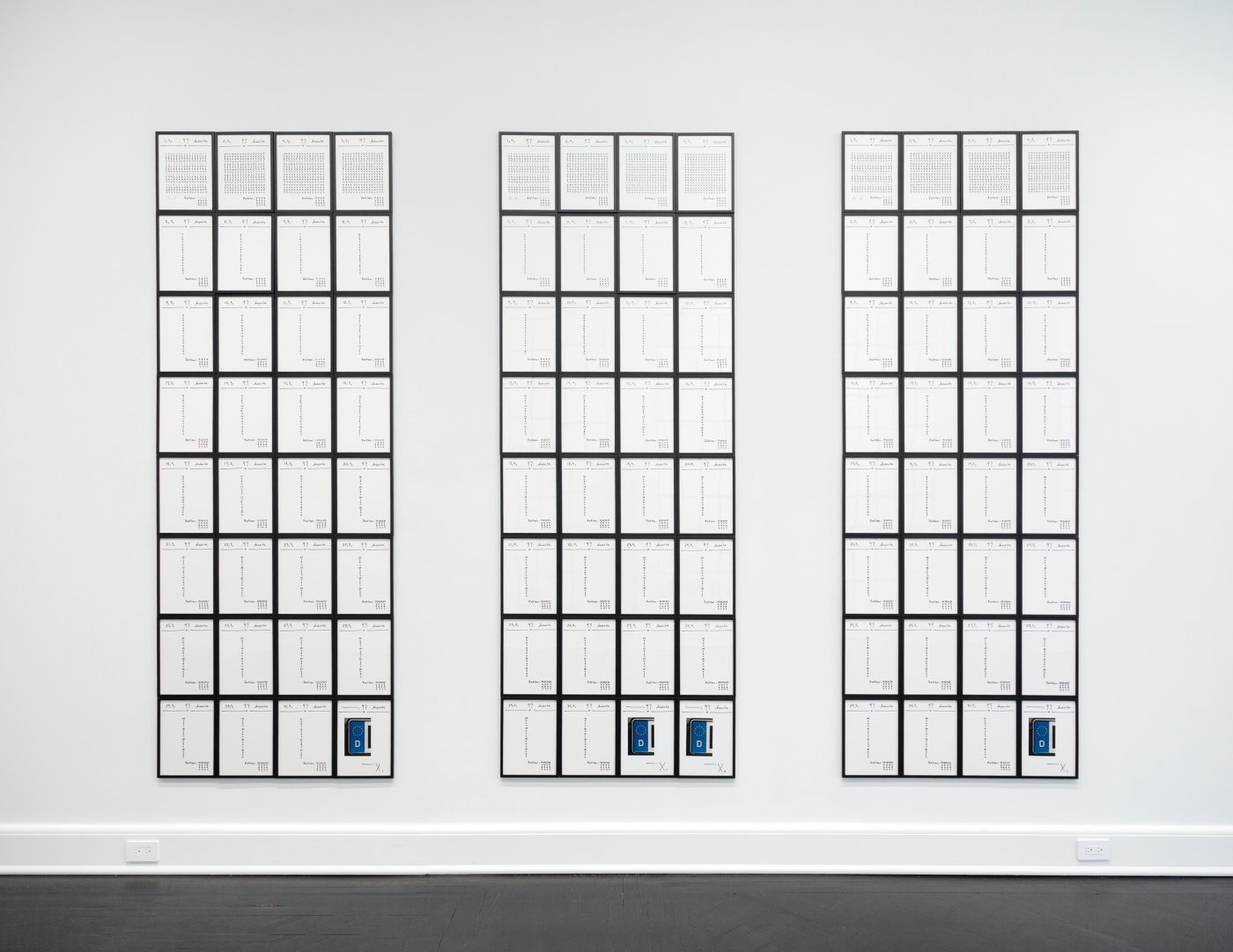 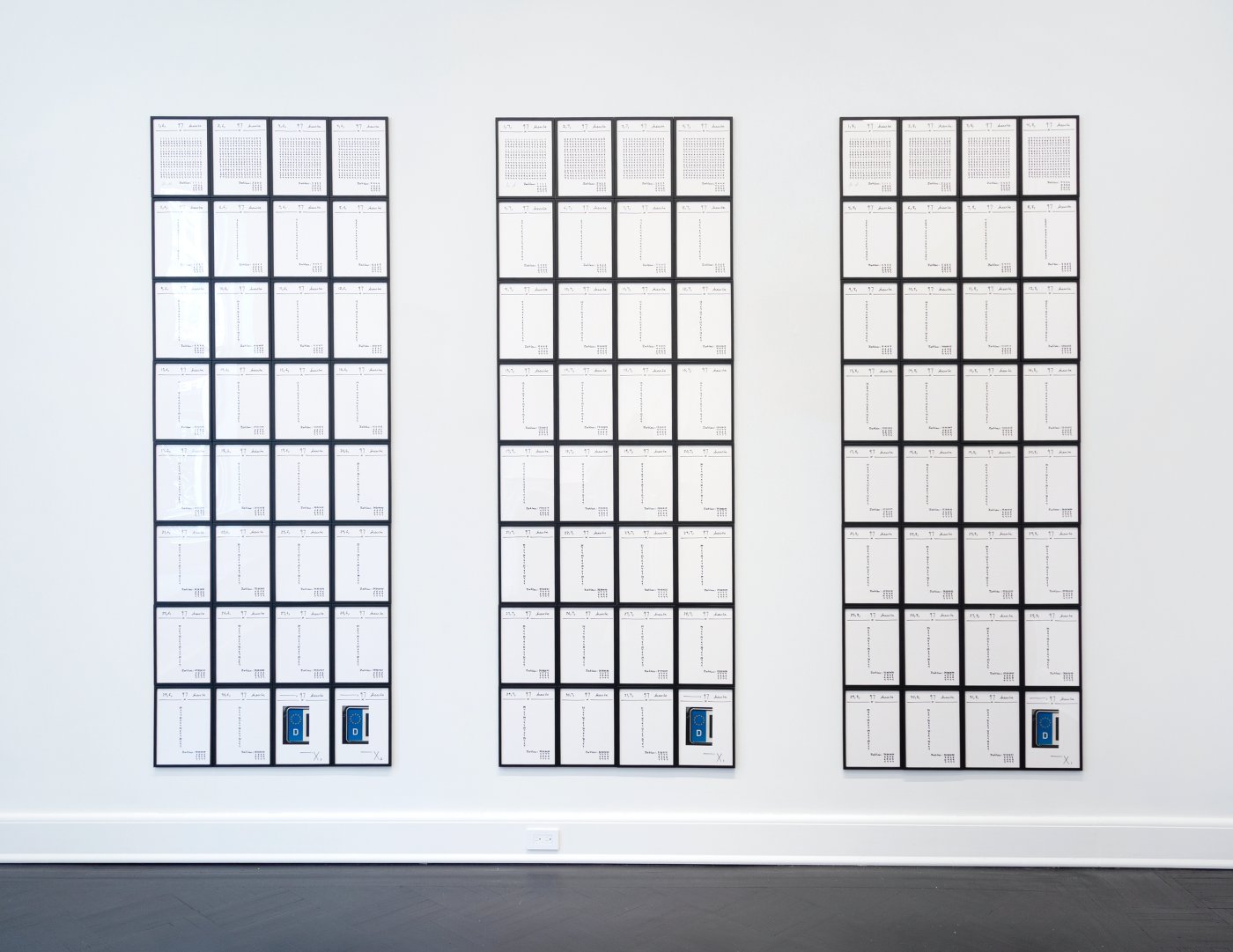 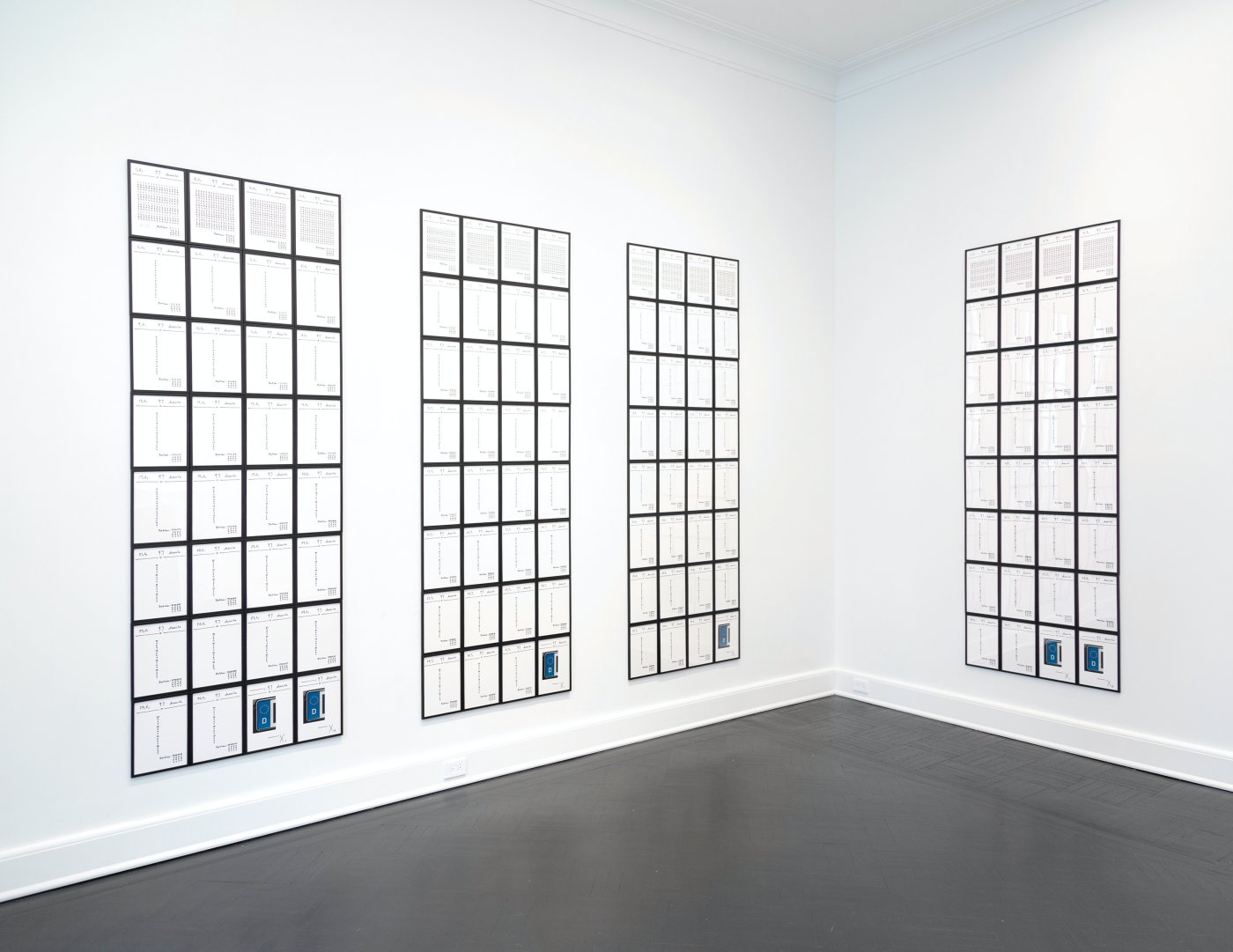 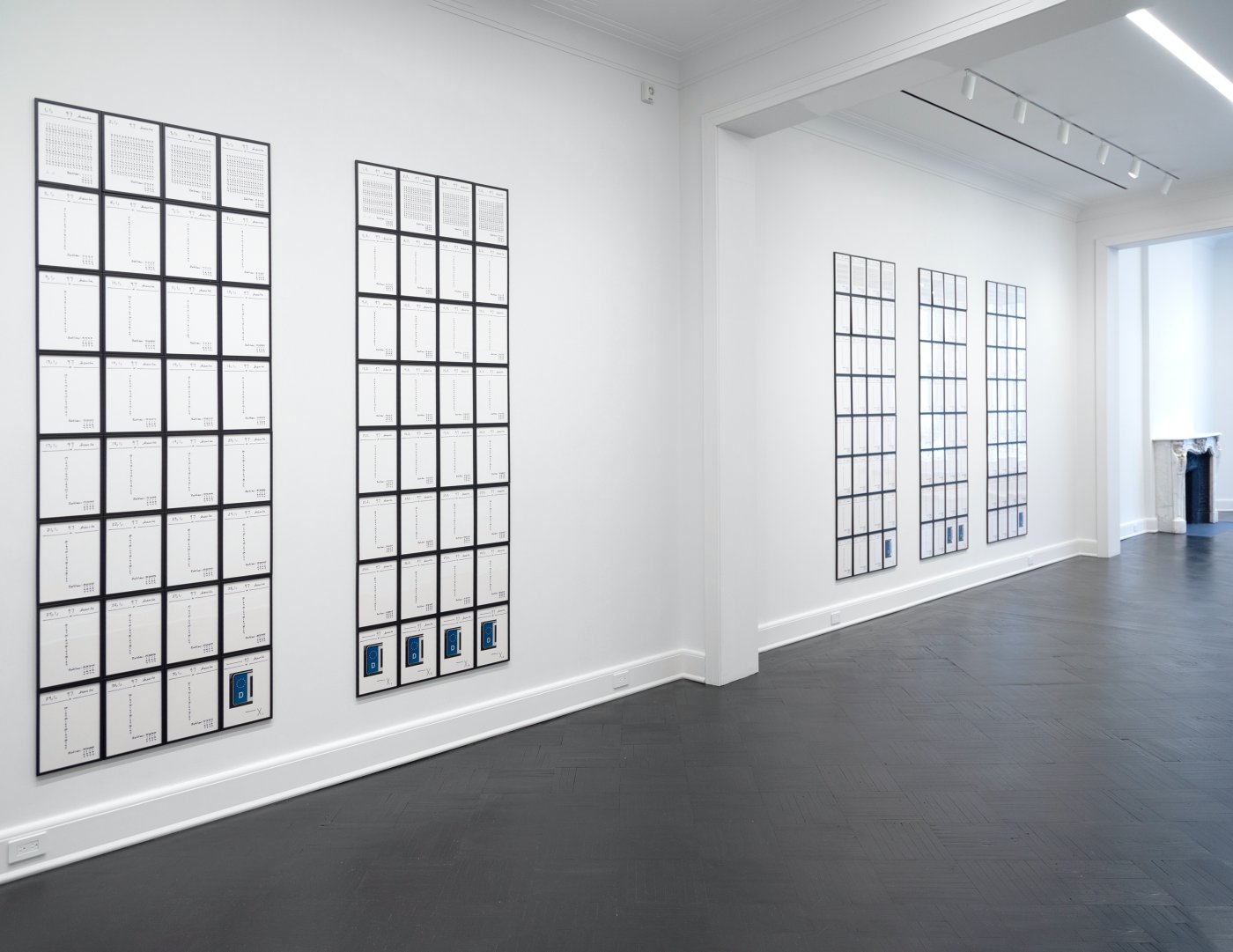 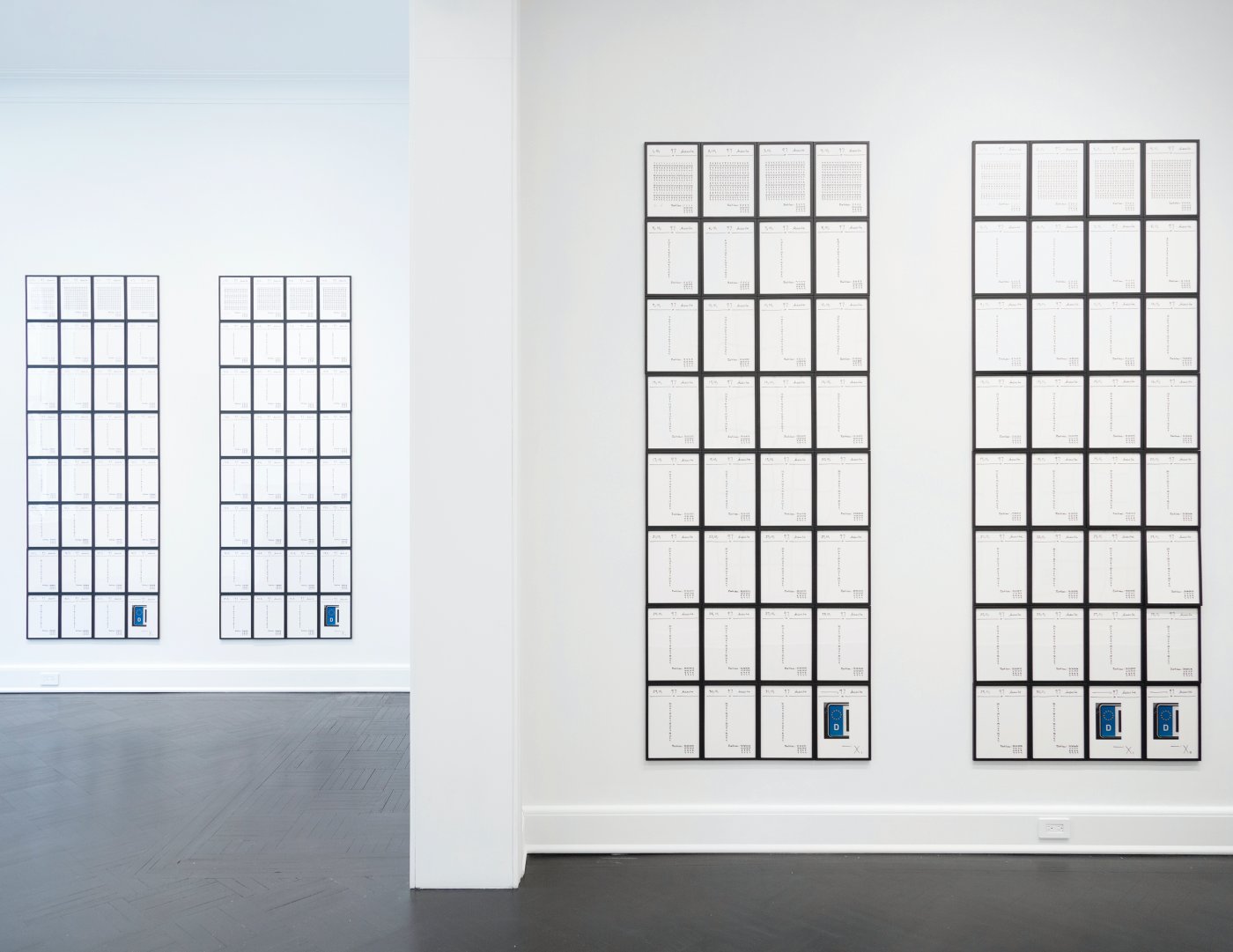 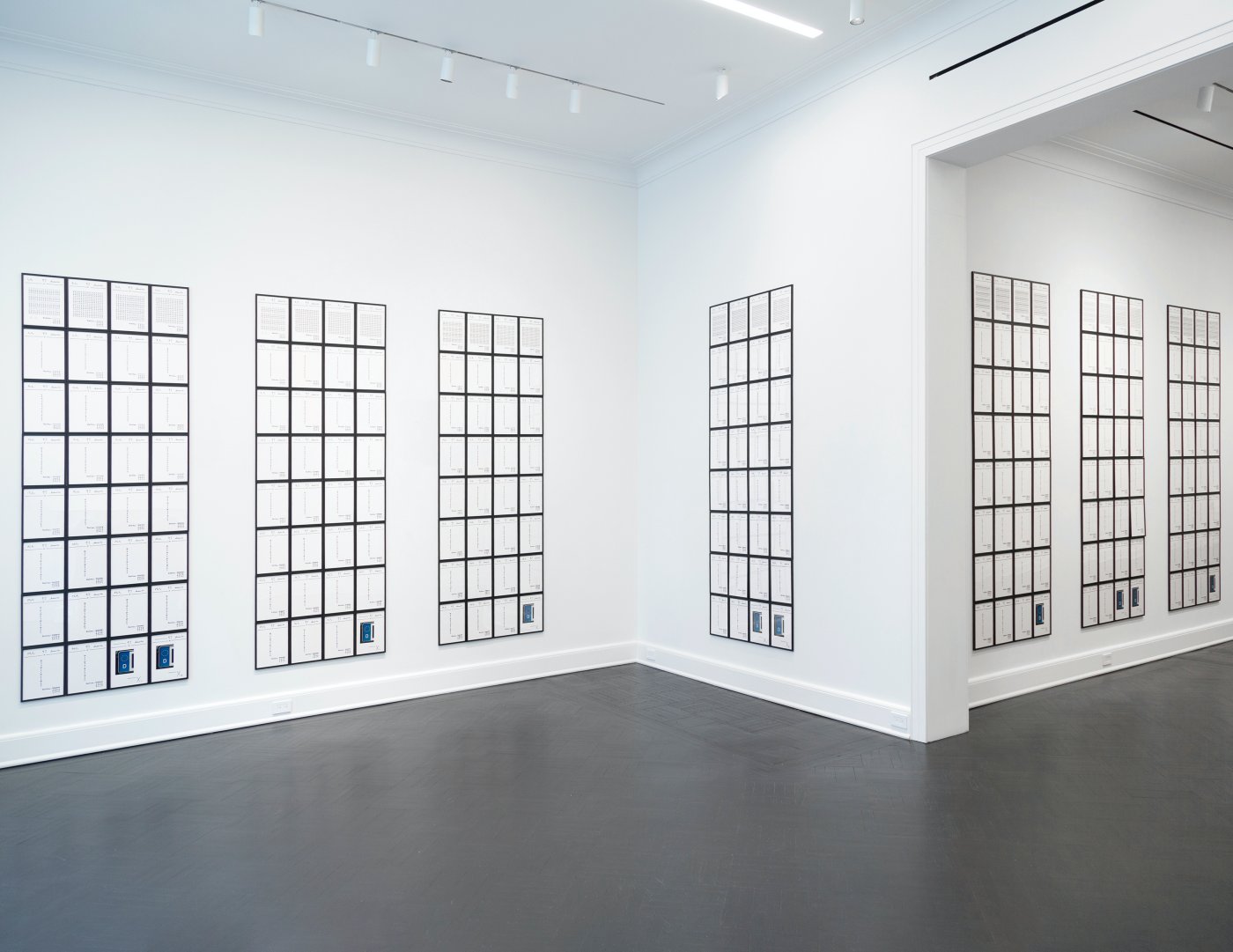 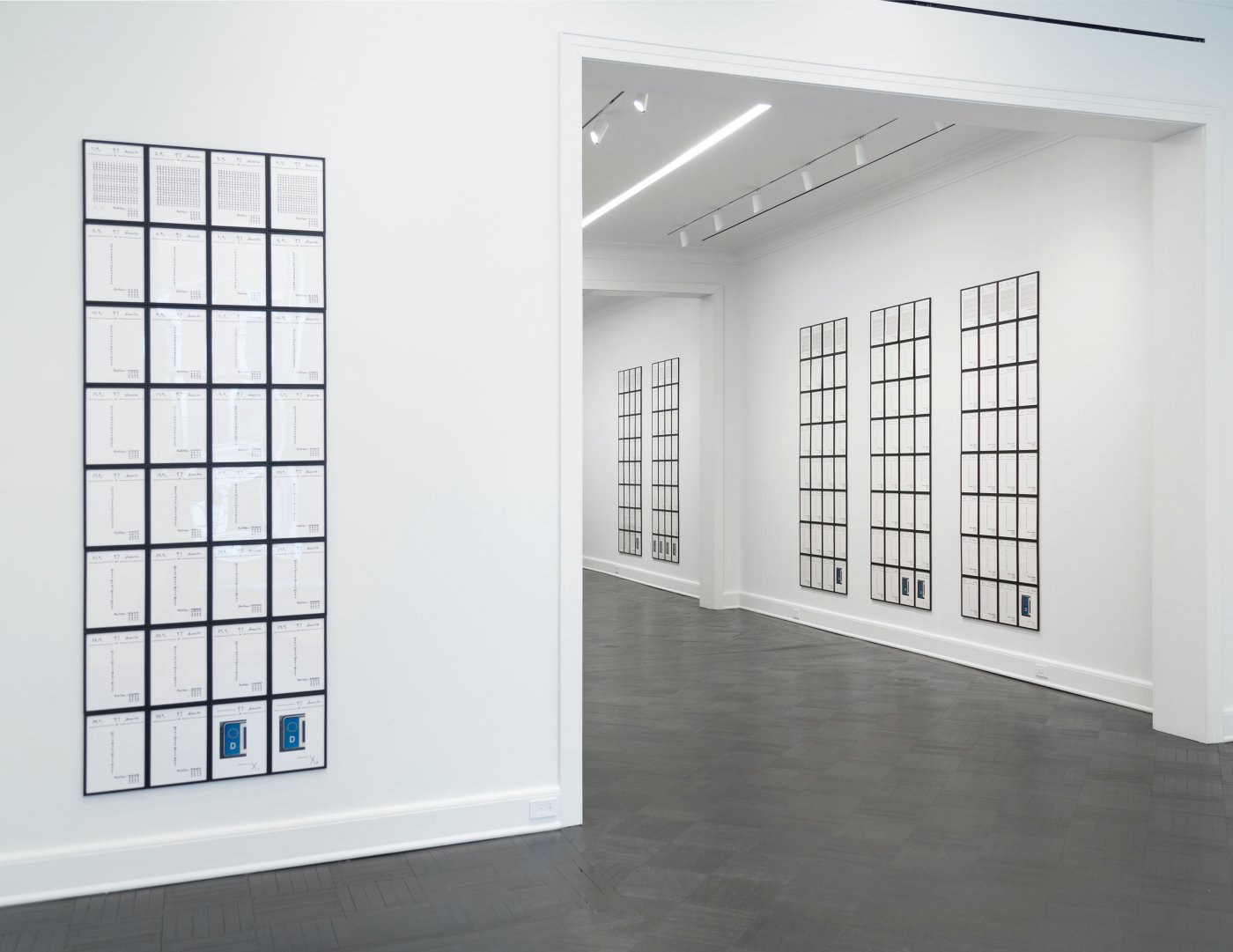 Revered as one of the most important figures in postwar German art, Hanne Darboven was a prominent force among the artists that pioneered the conceptual and minimal art movements of her time. She worked widely across artistic writing, visual art, and minimalist musical compositions, with the visualization of time marking the foundation of her practice. The conceptual artist’s spatializing of time was developed early in her career, following a two-year stay in New York in the late 1960s, in which she established her now characteristic guiding principles of serial sequences, patterns, logic, mathematic formulas, and data translated into graphic or numerical representations. In New York, Darboven developed close friendships with artist cohorts including Lawrence Weiner, Sol LeWitt, Carl André, and others, thus cementing her influence on the theoretical and aesthetic foundations of conceptual and minimal art. She continued an active artistic discourse with these fellow artists throughout her life and Petzel is especially pleased to have the opportunity to show her work in New York City once again.

For its debut exhibition, Petzel shows Darboven’s influential work Europa 97, a collection of 384 individual pages in which the artist allocated her daily calculations for the entire year of 1997 according to a system or cross-arithmetic calculations. The work is broken into 12 blocks representative of the months, each with 32 pages. The pages that extend beyond a given month’s number of days are partly completed with collaged color photographs of the blue seal of Europe that is stamped onto license plates.

Europa 97 references the political events of 1997, which was declared the “European Year against Racism and Xenophobia” by The European Union, who had been dedicating each year since 1983 to a sociopolitical theme to be the focus of outreach work and funding programs. The declaration for the year was formed against the backdrop of the Treaty of Amsterdam which, when signed in 1997, was the first modification to the founding treaty of the European Union since established in 1992. The adjustment notably included an expansion of the legislative battle against discrimination on the basis of sex, racial or ethnic origin, religion or faith, handicap, age, or sexual orientation. The highlighted events of the year are by no means thought of as a major historical moment, but Darboven calls attention to the political processes and decisions that were imperative in setting fundamental order to the association of states and liberal-democratic concord following the formation of the E.U. A modified form of Europa 97 hangs in the lobby and press room of the German Bundestag’s CDU/CSU party.

Also on view, on the third floor of the Upper East Side gallery, is an additional work by Darboven, titled Dostojewski, Monat Januar (1990), which chronicles the work of the Russian novelist Fyodor Dostoevsky.

Alongside this work, is a unique grouping of artists in the Petzel program who have been influenced by Darboven’s career and impact. With contributions from Allan McCollum, Stephen Prina, Wade Guyton, and the first Petzel showing of work by Hong-Kong based multimedia artist Samson Young, these artists demonstrate, in their own ways, the incorporation of seriality, systems of notation, record-keeping, and appropriation in their work that is indebted to the pioneering efforts of Darboven.

Centered around Dostojewski, Monat Januar, one can see Darboven’s systematized visual language and ideas of chronicling reworked and expanded upon in the silhouettes of Allan McCollum, or the entire ArtPace, San Antonio, 2000 mailing list, printed and stamped by Stephen Prina. In a suite of twenty-seven drawings made from pages torn from the same book, Wade Guyton employs his signature method of printing a digital file over found imagery, the visual repetition of which belies the uniqueness of this machine-generated mark making. Samson Young has also relied on the creation of his own unique systems to develop various series in his work. Young’s compositions function like active-drones that use repetition to build and move textures, at times playing in unison, and arranged in a sequence of evolving configurations in others, these processes are intrinsically connected with the oeuvre of artists of Darboven’s era.

Much like how Darboven rejected the conventional concept of art, producing her works instead in the mode of writing and books, often constituting installations of hundreds of identically framed pages of diagrams, columns of numbers, and constructivist drawings – these artists too have undertaken the task of recording the passing of time, which is, one could say perhaps the single most universal human experience. Despite the inherent conceptual nature of Darboven’s work, these contemporary examples help to show just how much her ideas and ideals were deeply rooted in daily human life – bearing witness to this collective temporality in minute detail.

Petzel is especially delighted to present these works in tandem and tie Darboven’s legacy to artists working today. In these chronicles, lays a complicated web of feeling, memory, and diverse lived experience. In turn, Darboven and those who have followed in her footsteps, declare fiercely the importance of transparency, documentation, and reflection. Notions that in these current discorded times, are needed more than ever.