“Since 1960 I have been concerned with the creation of a formal imagery that is specifically female… Human gestures, multi-layered metaphysical symbols below the gut level translated into an art close to laughter, making love, shaking hands… Eating fortune cookies instead of signing them, chewing gum into androgynous objects… Delicate definitions… Rearranging the touch of sensuality with a residual magic made from laundry lint, or latex loosely laid out like love vulnerably exposed… continually exposing myself to whatever situation occurs….” 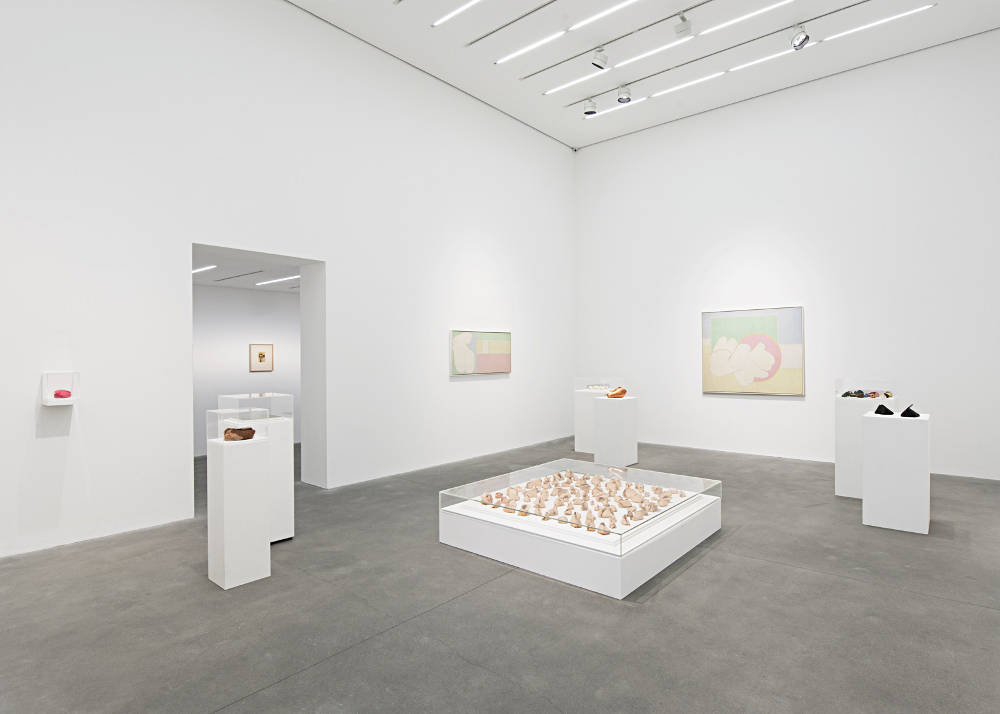 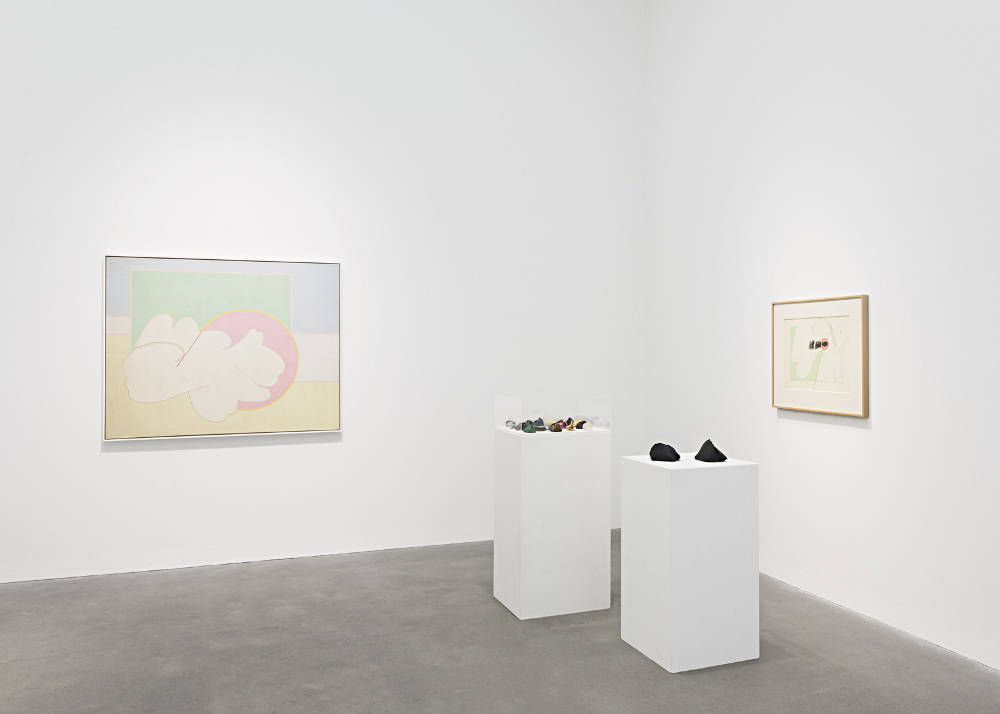 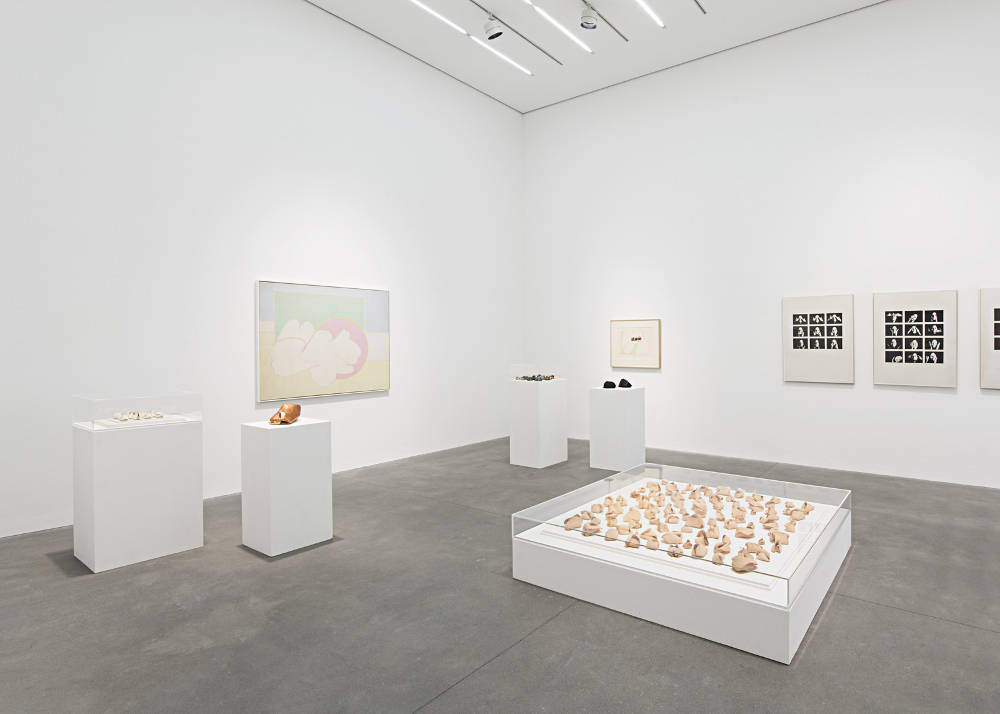 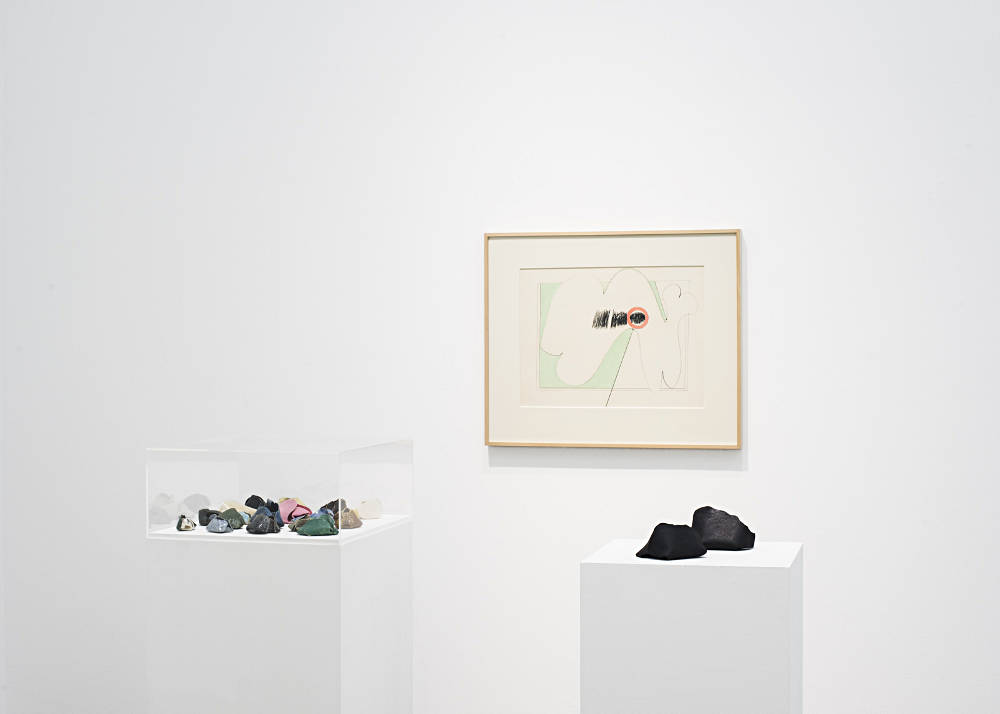 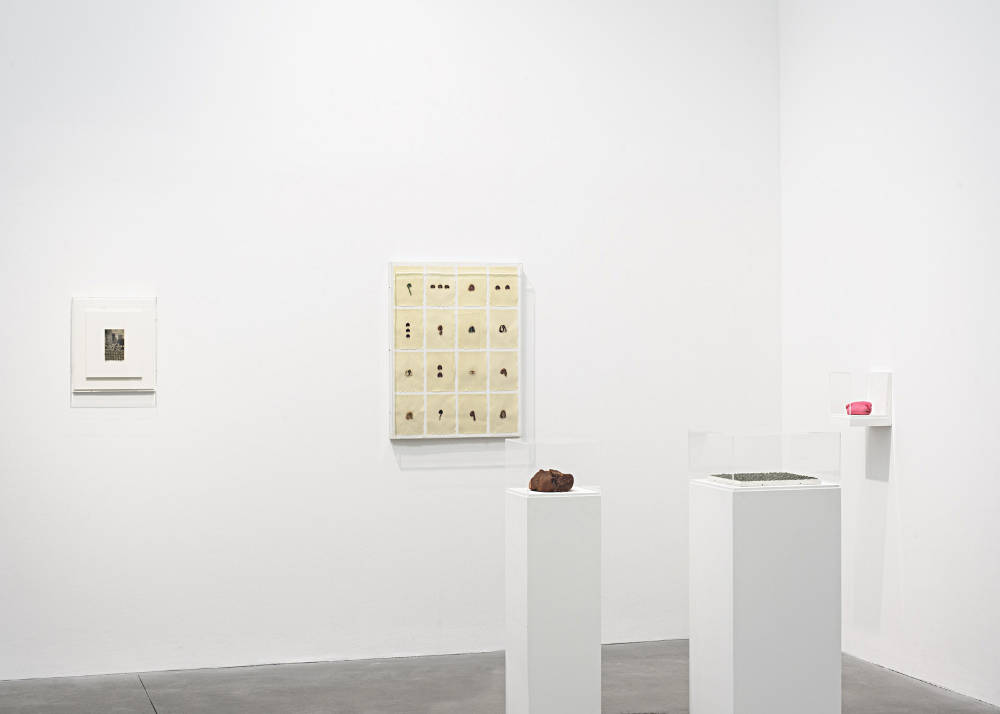 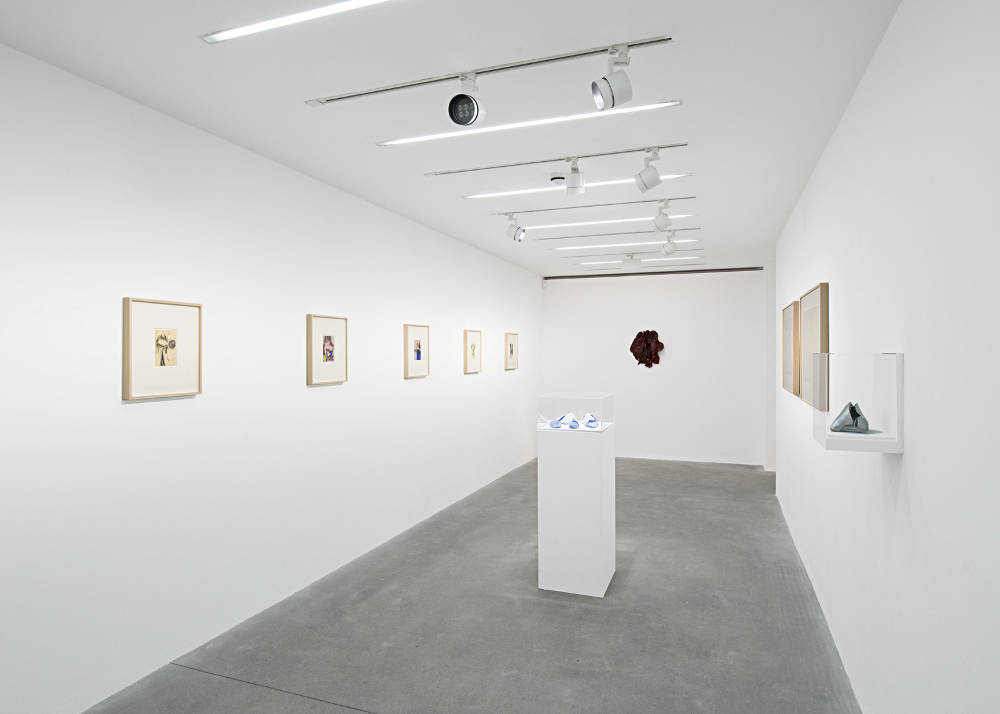 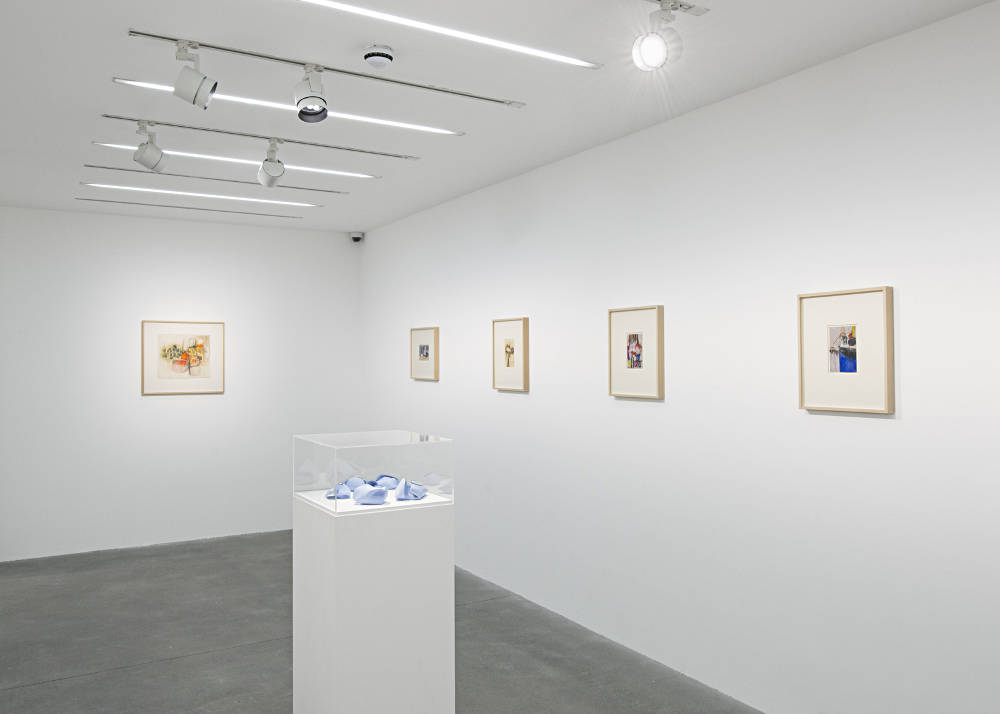 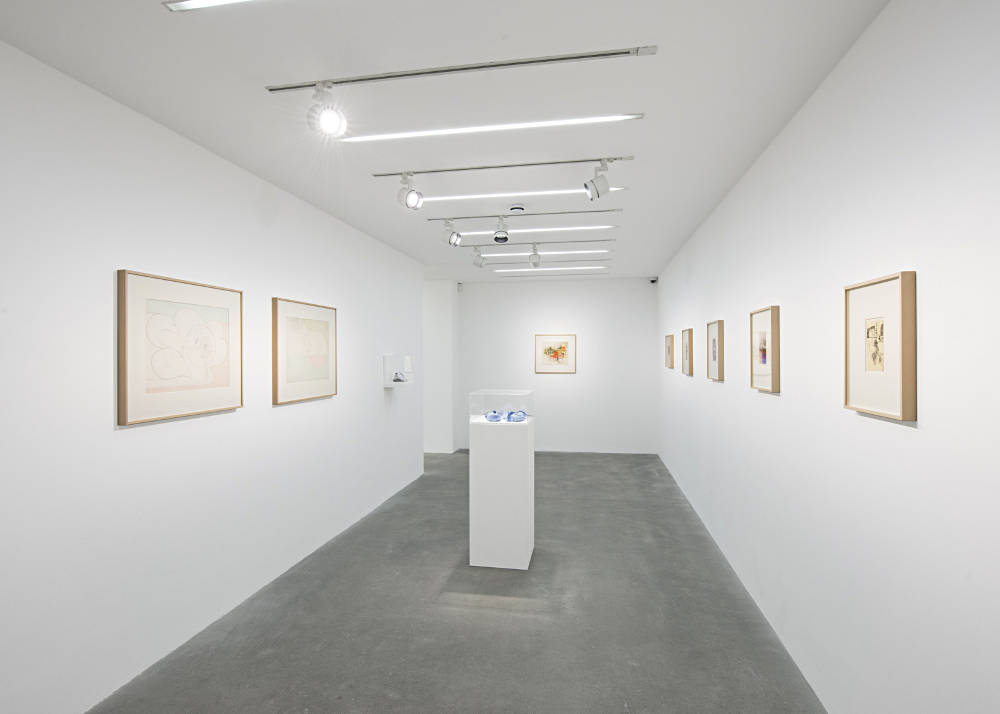 Wilke’s firm legacy as a pioneering, often controversial, feminist and conceptual artist is evident not only in her early use of vaginal imagery as a feminist intervention but also in her radical choice of materials. The use of terracotta and ceramic, latex, chewing gum and erasers was unusual for this time period and their characteristics of malleability and fragility reflect the sense of vulnerability that is consistent throughout Wilke’s practice.

Bringing together works from the early 1960s through to 1987, this is the first time since Wilke’s death in 1993 that her paintings on canvas from the 60s have been exhibited. The colours of these works and the forms depicted, relate to many of Wilke’s drawings and sculptures. Other lesser-known intensely coloured small-scale works on paper are shown alongside Wilke’s iconic performance photographs including Gestures (Triptych), (1974 – 76) in which the artist stretches and contorts her face directly at the camera, using her skin as a malleable sculptural medium. As Wilke explained Gestures shows “the pathos past the posing” and this reference to primal female instinct was fundamental to her thinking.

From the beginning, drawing was central to Wilke’s practice as well as her considered use of colour. The early abstract works on paper and card from the 60s, often in charcoal, pastel and pencil reference the body sexually with yonic and phallic shapes merging within floral landscapes to create sensual abstract forms. As Wilke stated, she was concerned with creating: “a new language that fuses mind and body into erotic objects that are nameable and at the same time quite abstract. Its content has always related to my own body and feelings, reflecting pleasure as well as pain, the ambiguity and complexity of emotions.” (Hannah Wilke, A Retrospective, University of Missouri Press, 1989, p.139).

Central to the exhibition is one of Wilke’s largest installations, Untitled, (1974 – 77) consisting of 103 painted flesh-coloured terracotta sculptures. Although the forms are arranged in a scattered configuration they are, as with many of Wilke’s multi-part sculptures, confined within the minimalist square and show “Wilke’s subversion of the Minimalist/Conceptualist concern with systems, while also demonstrating her genius for fusing her personal, bodycentric feminism with the formal issues and rigorous philosophy of Conceptualism “ (Paige K. Bradley, Artforum, October 2014).

The Hannah Wilke Collection and Archive, Los Angeles was founded in 1999 by Hannah Wilke’s sister Marsie Scharlatt and her family, and has been represented by Alison Jacques Gallery since 2009.