Hannah Knox: Over All

Hannah Knox: Over All 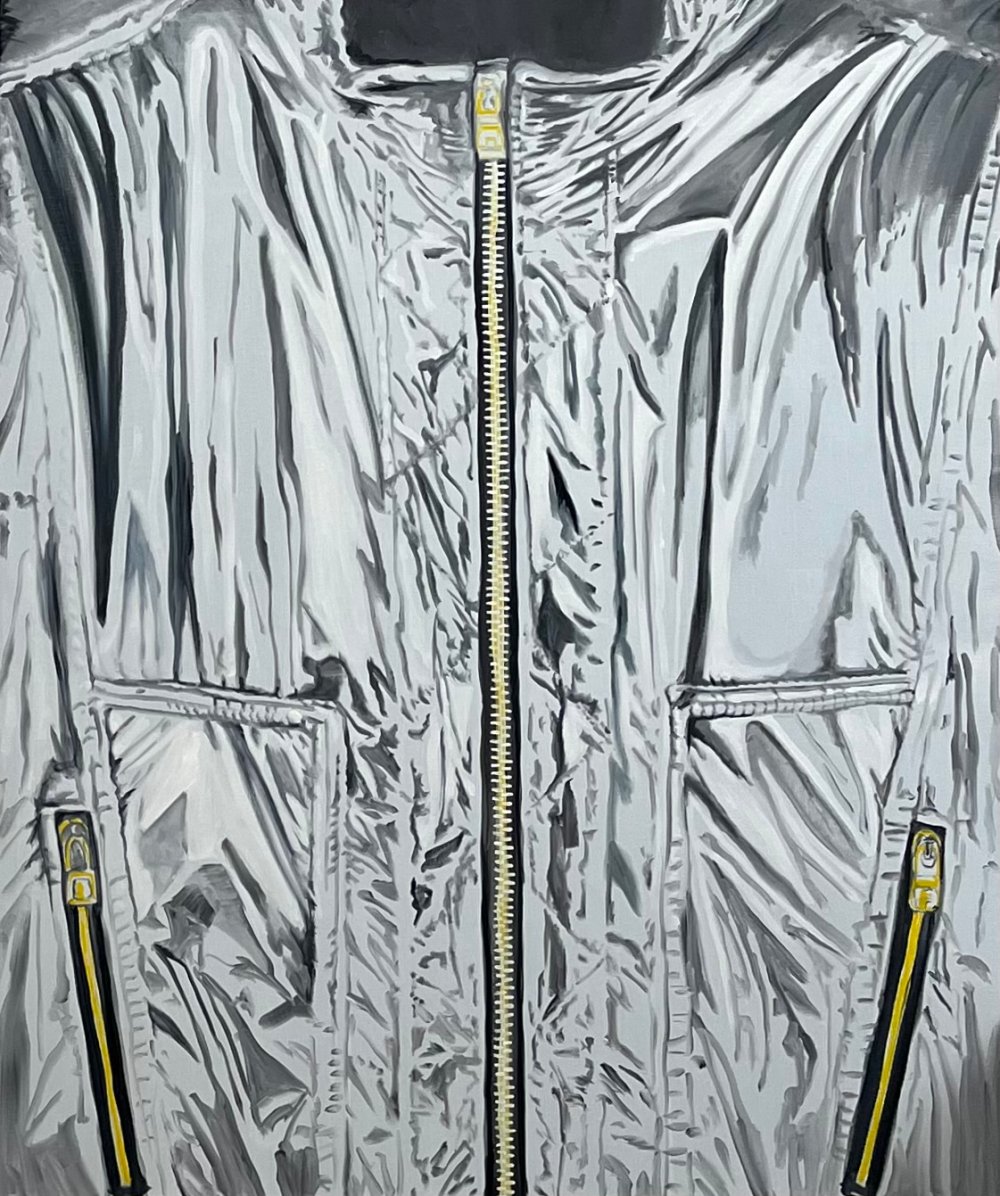 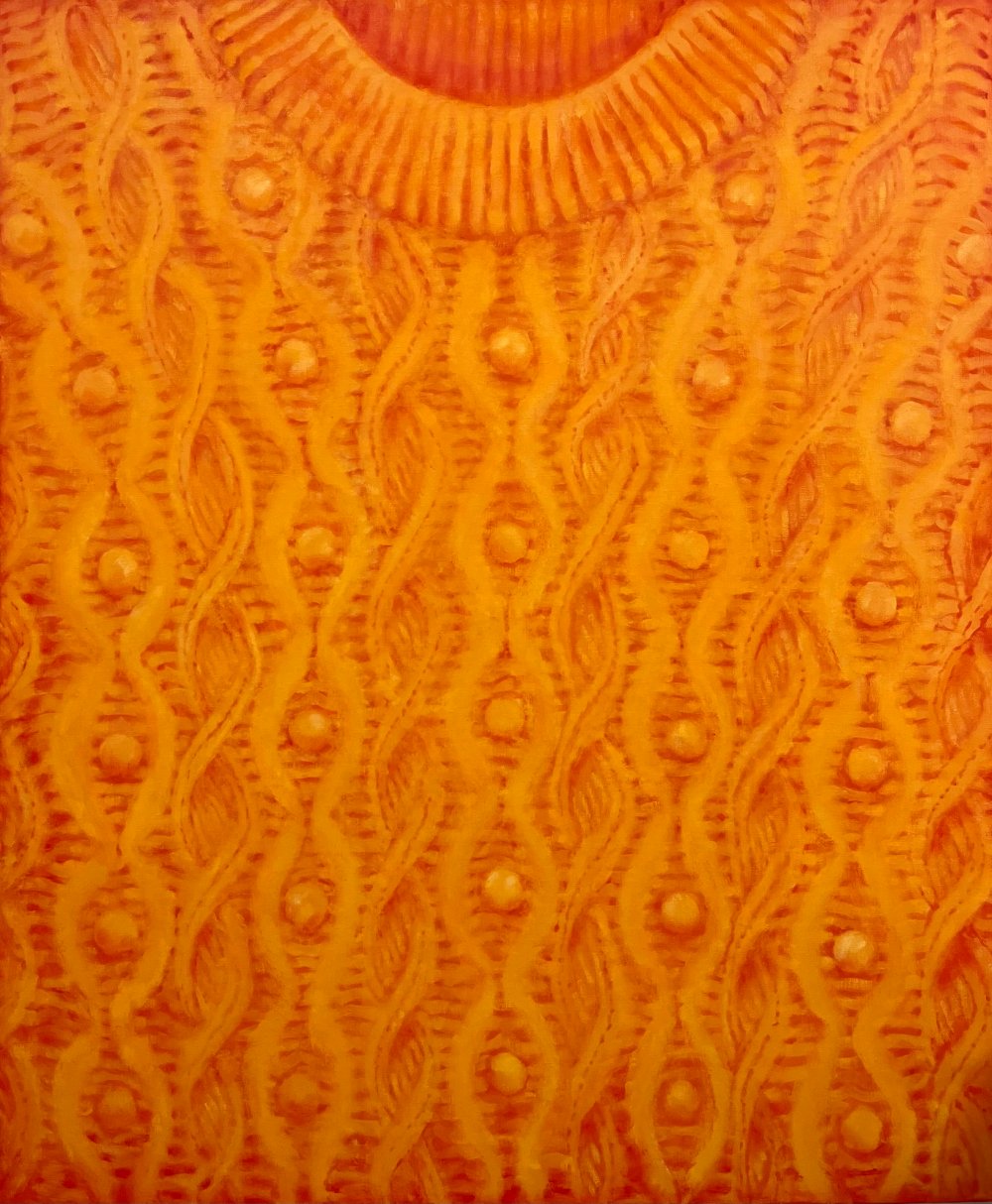 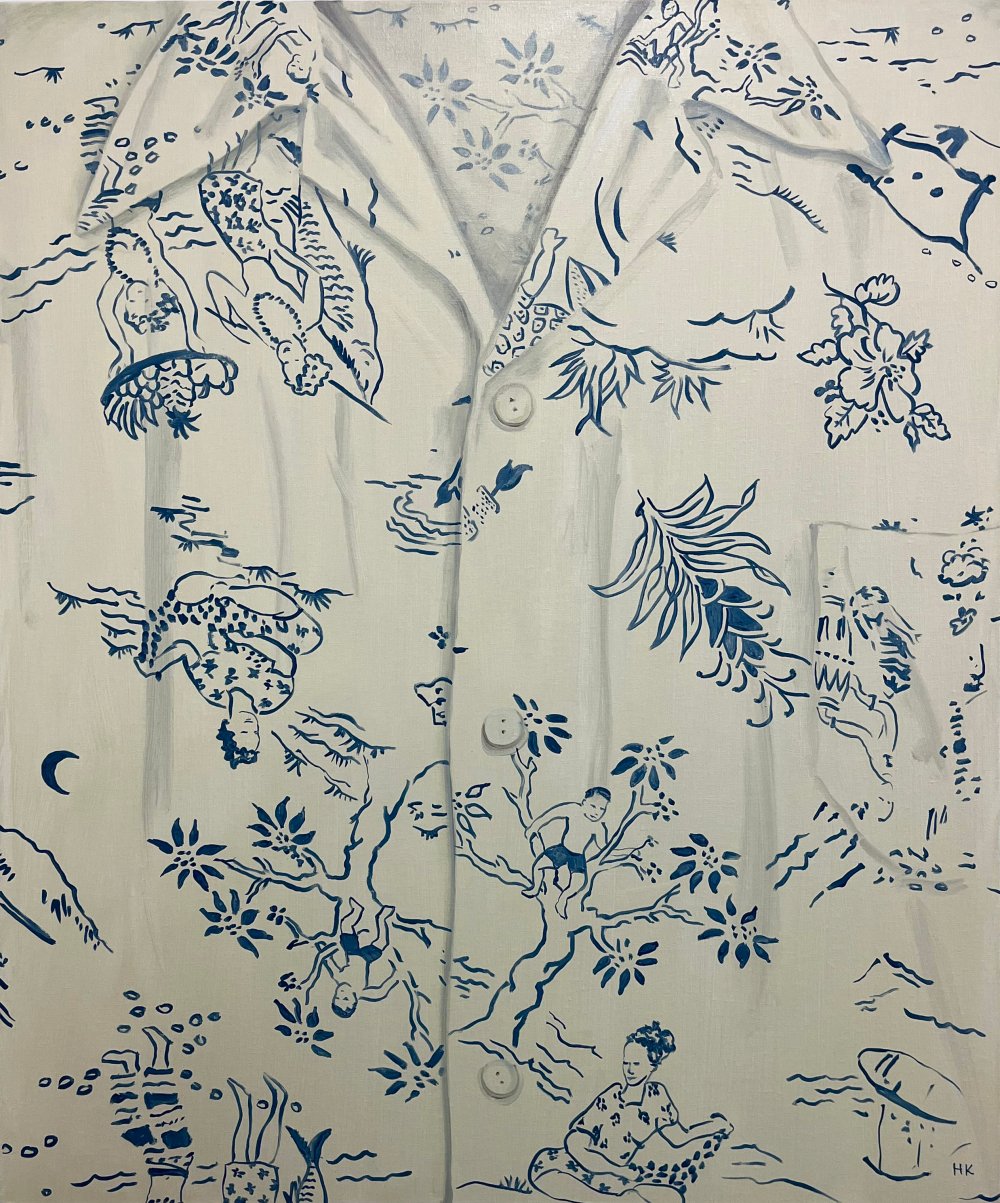 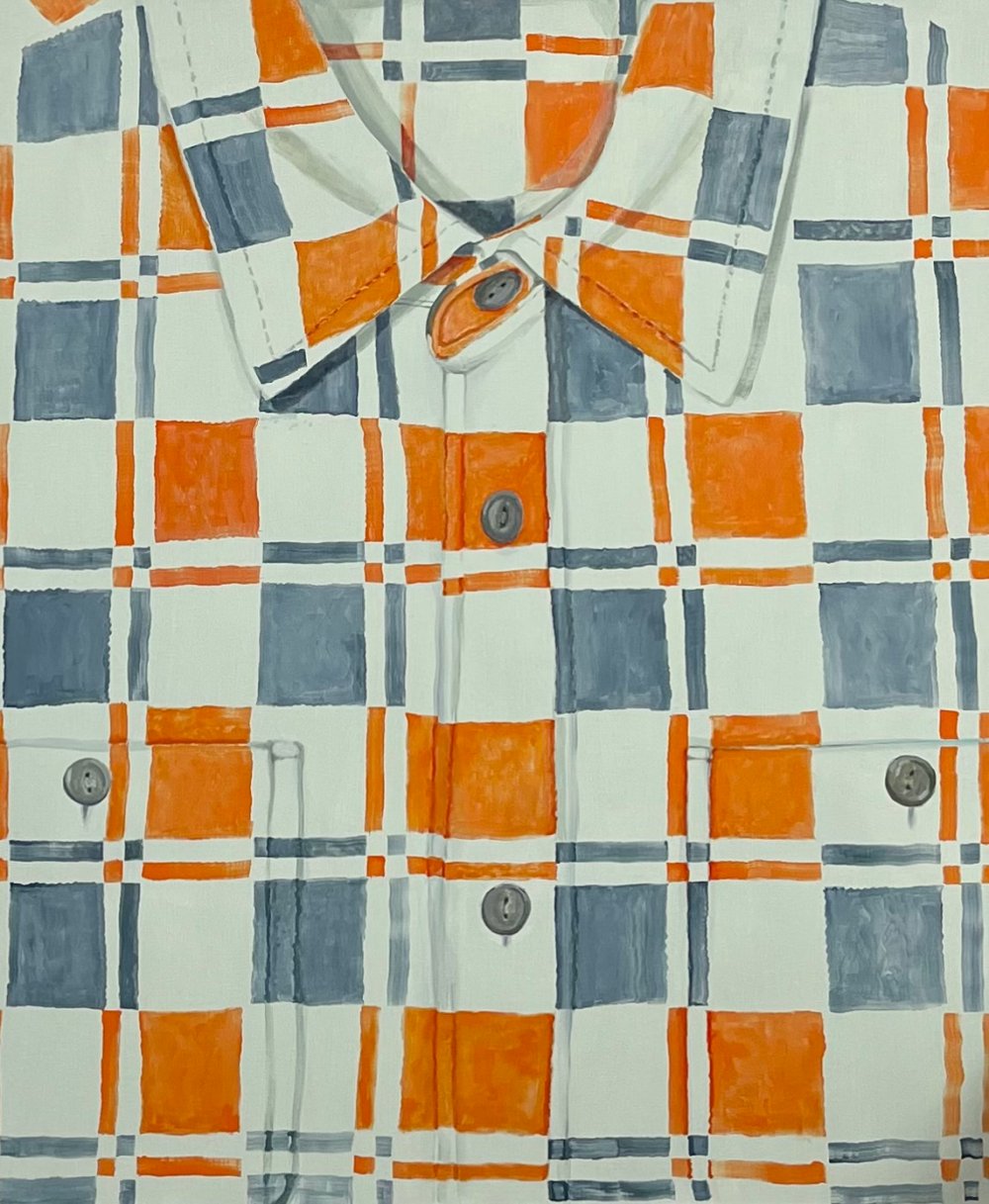 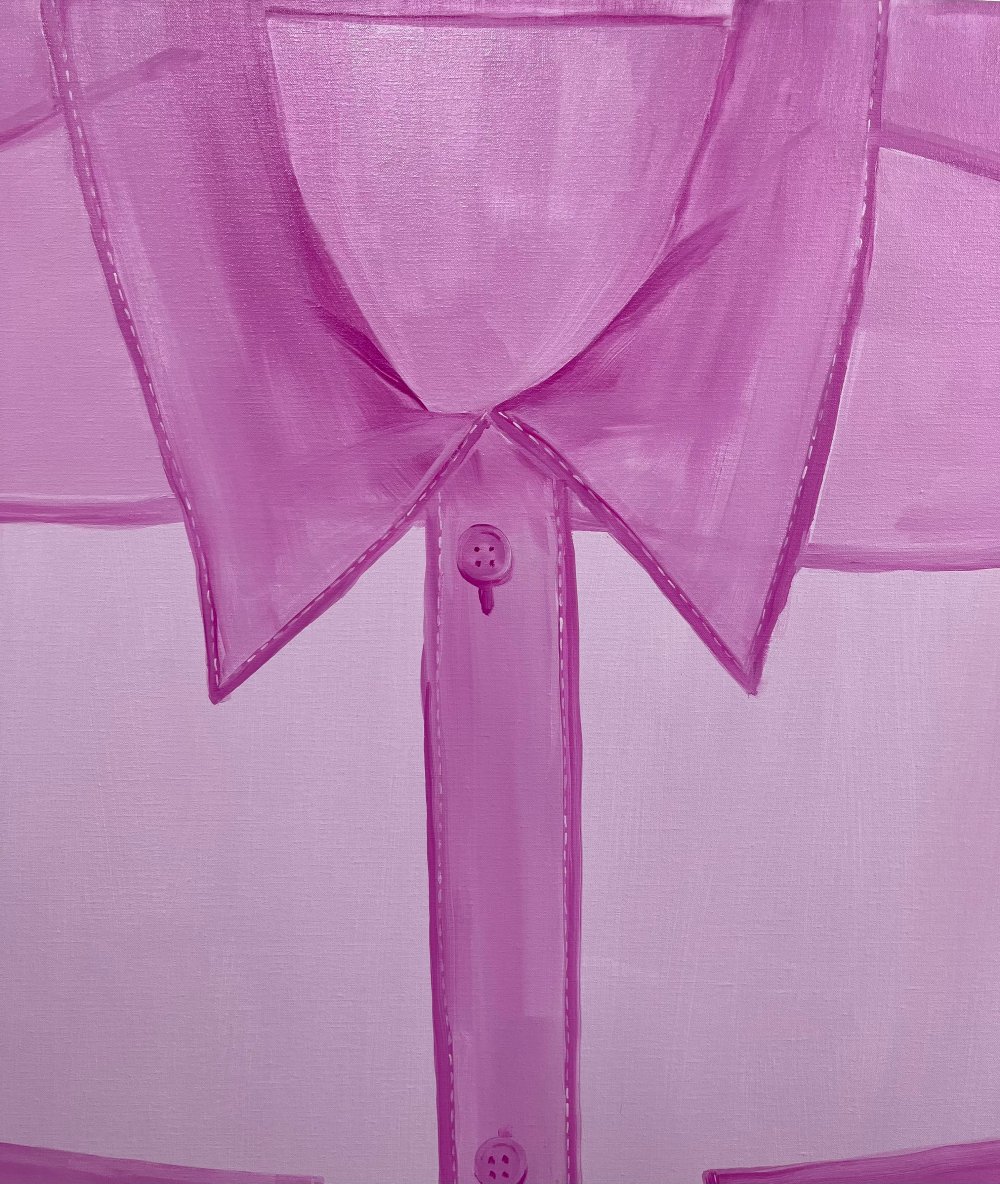 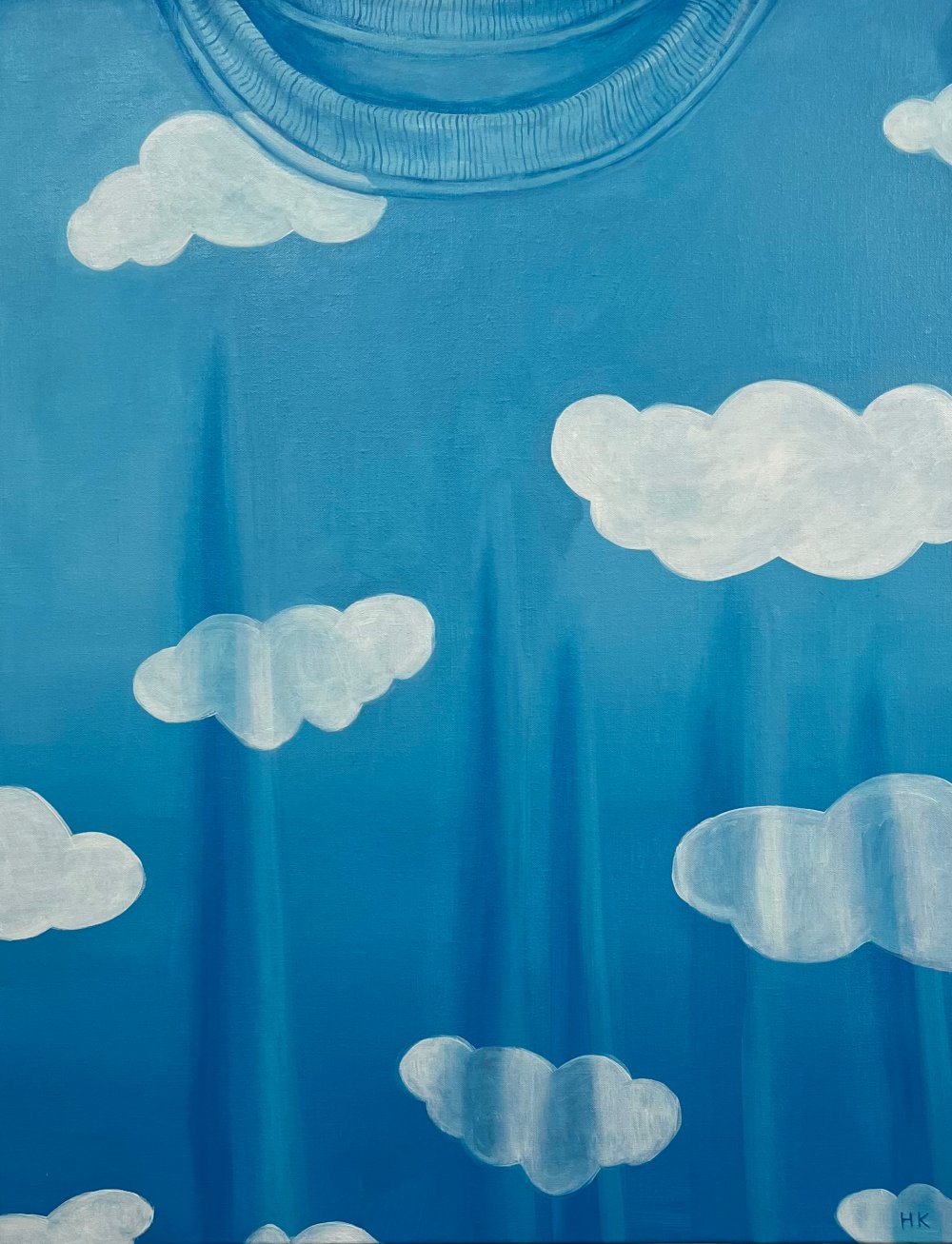 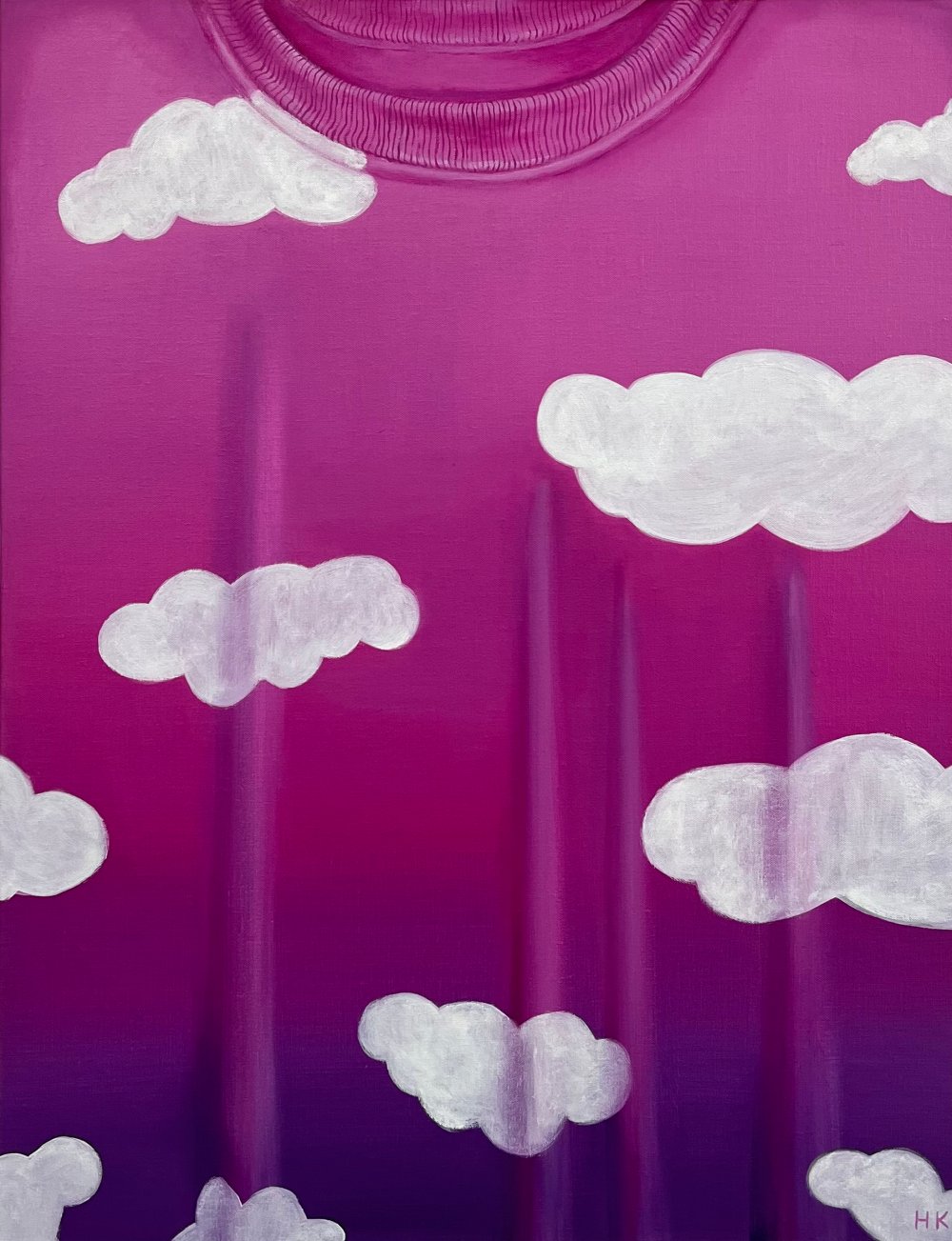 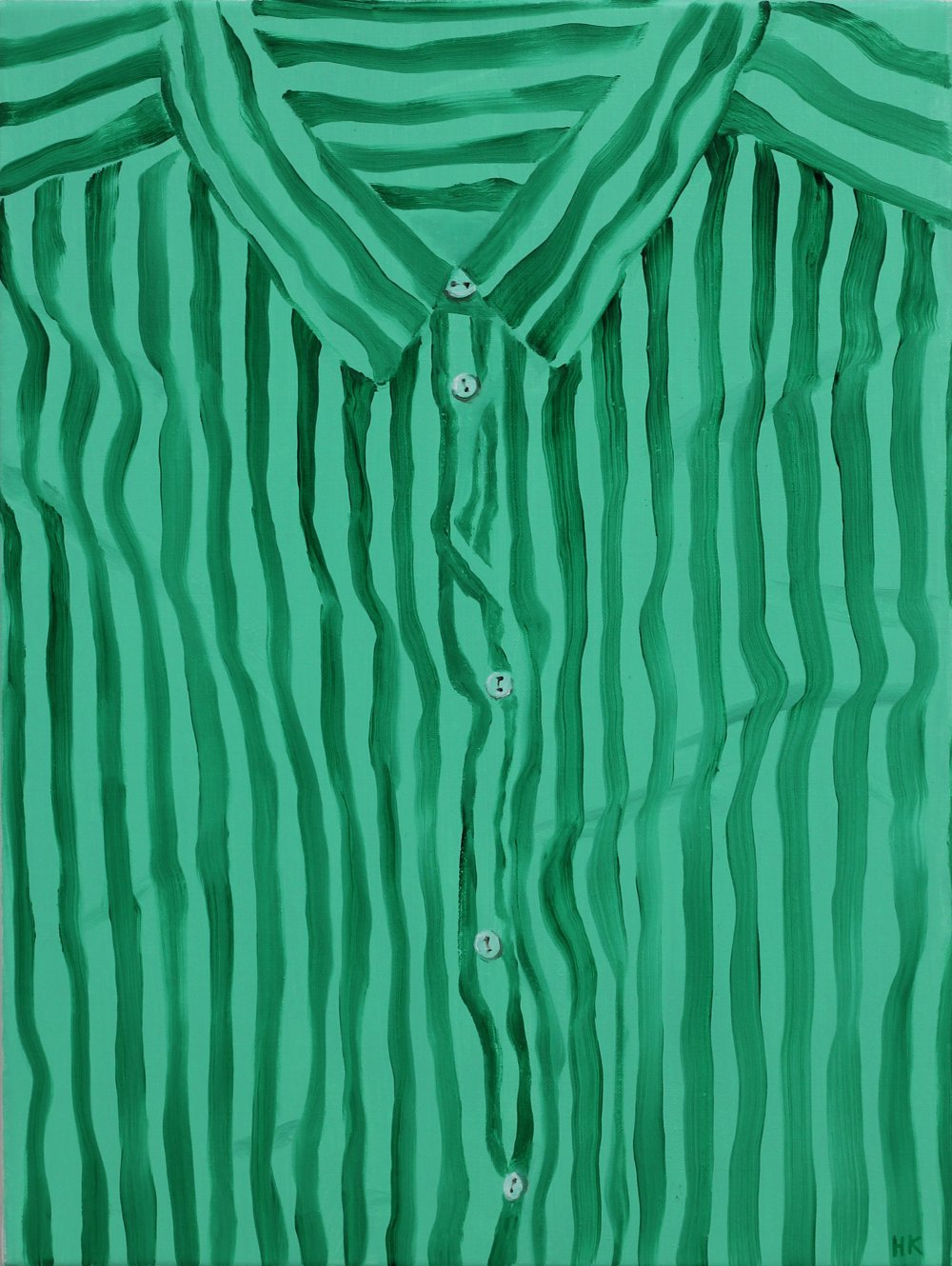 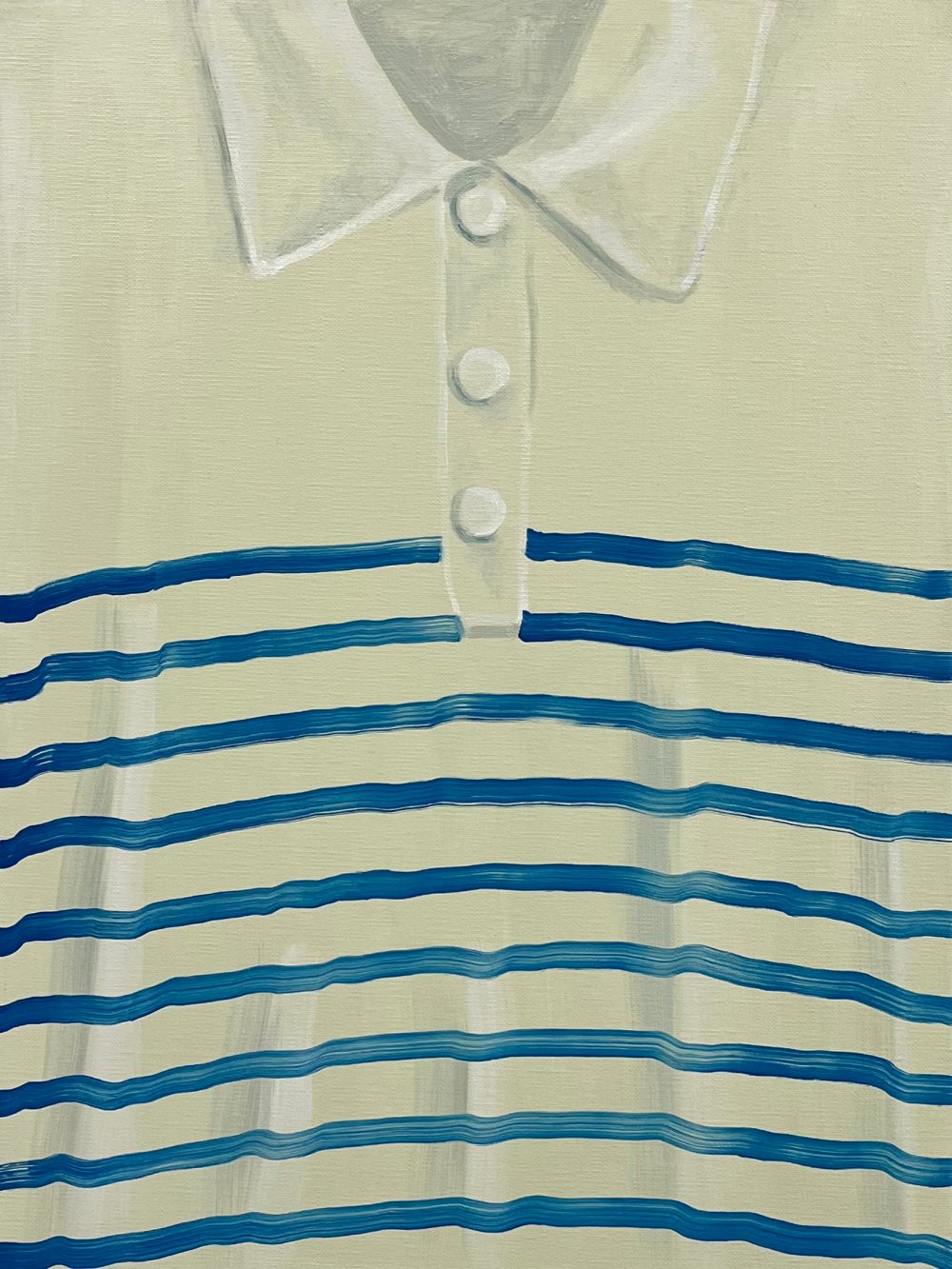 Hannah Knox
Talking to Myself, 2022 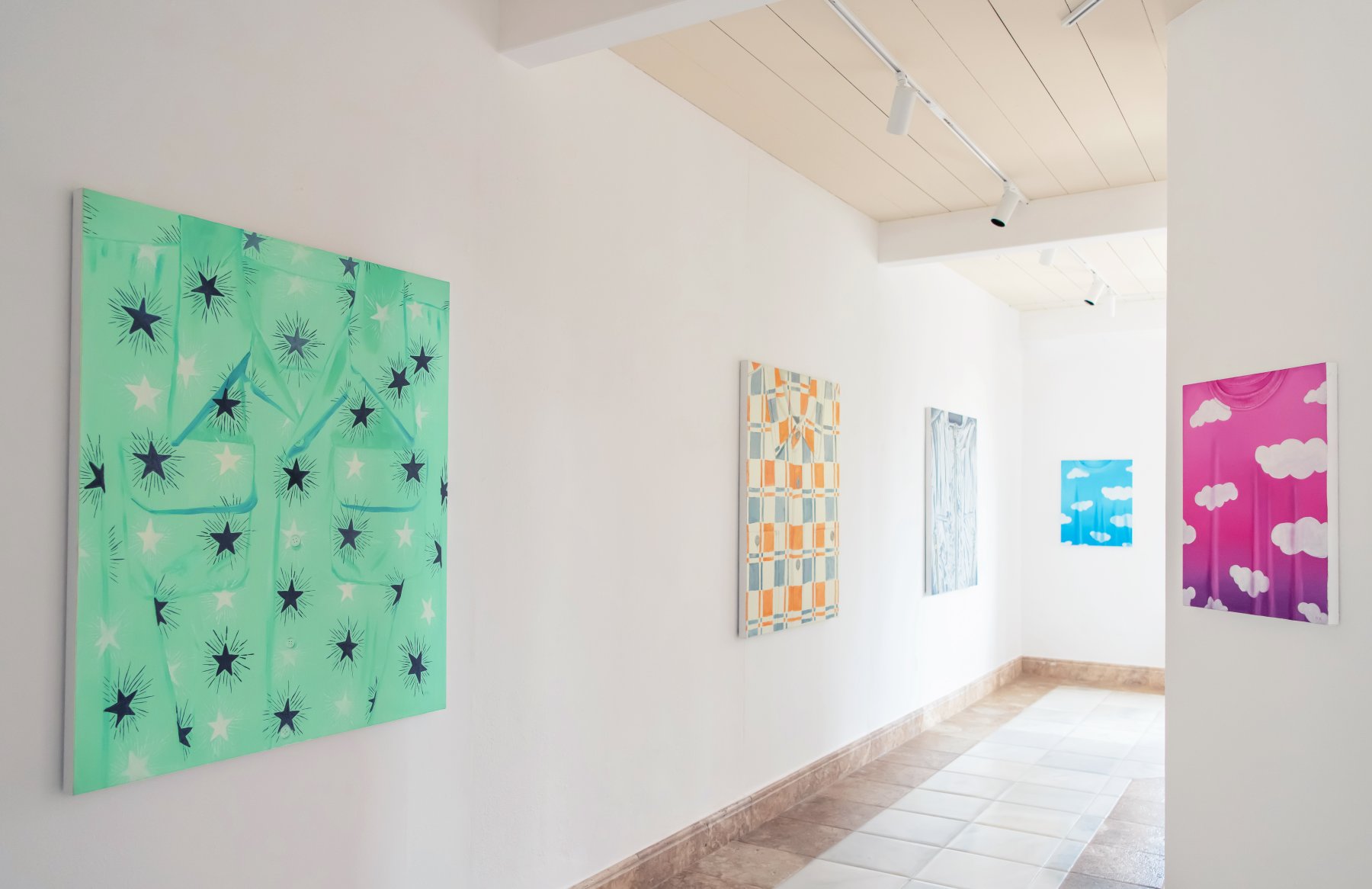 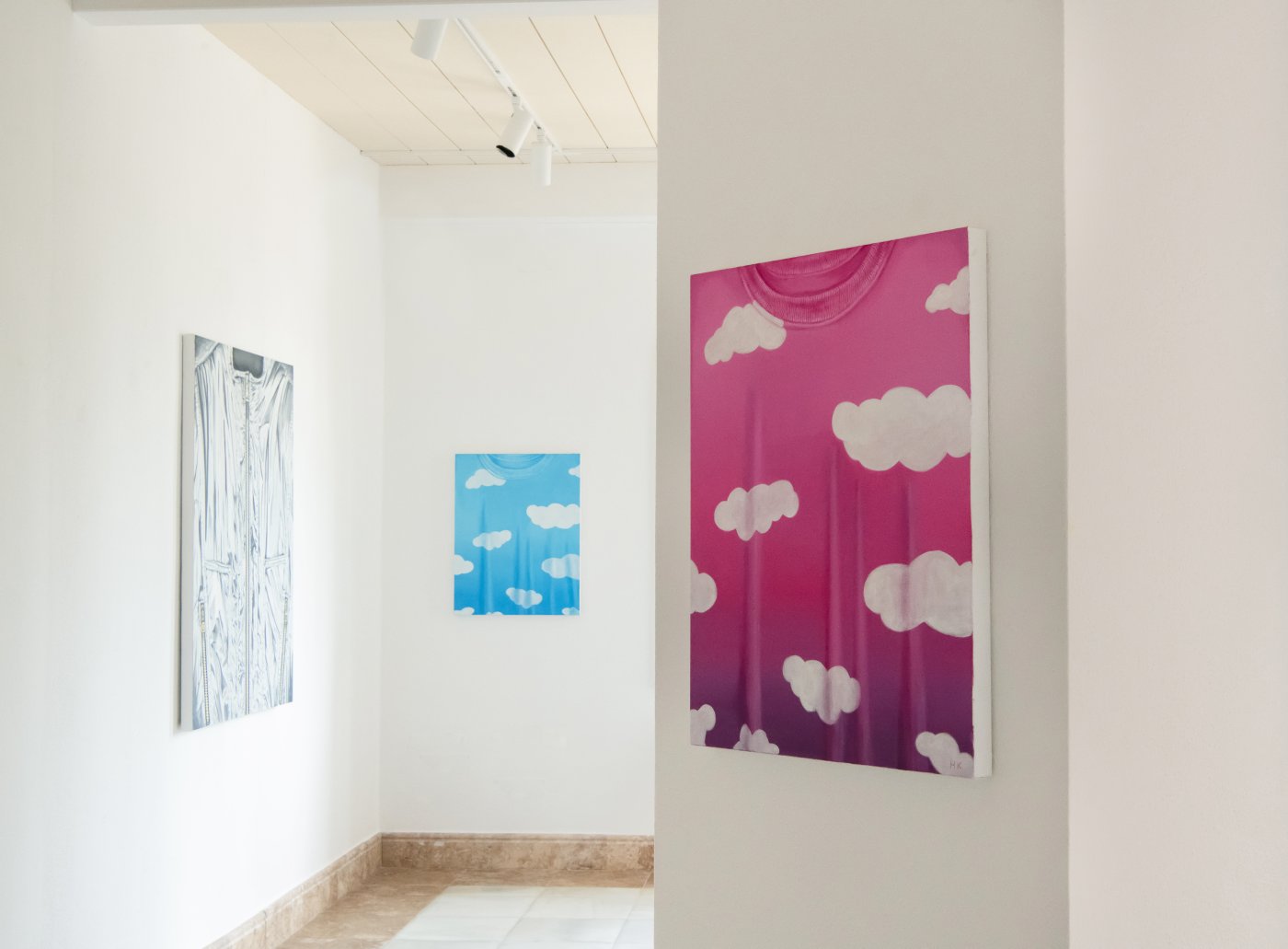 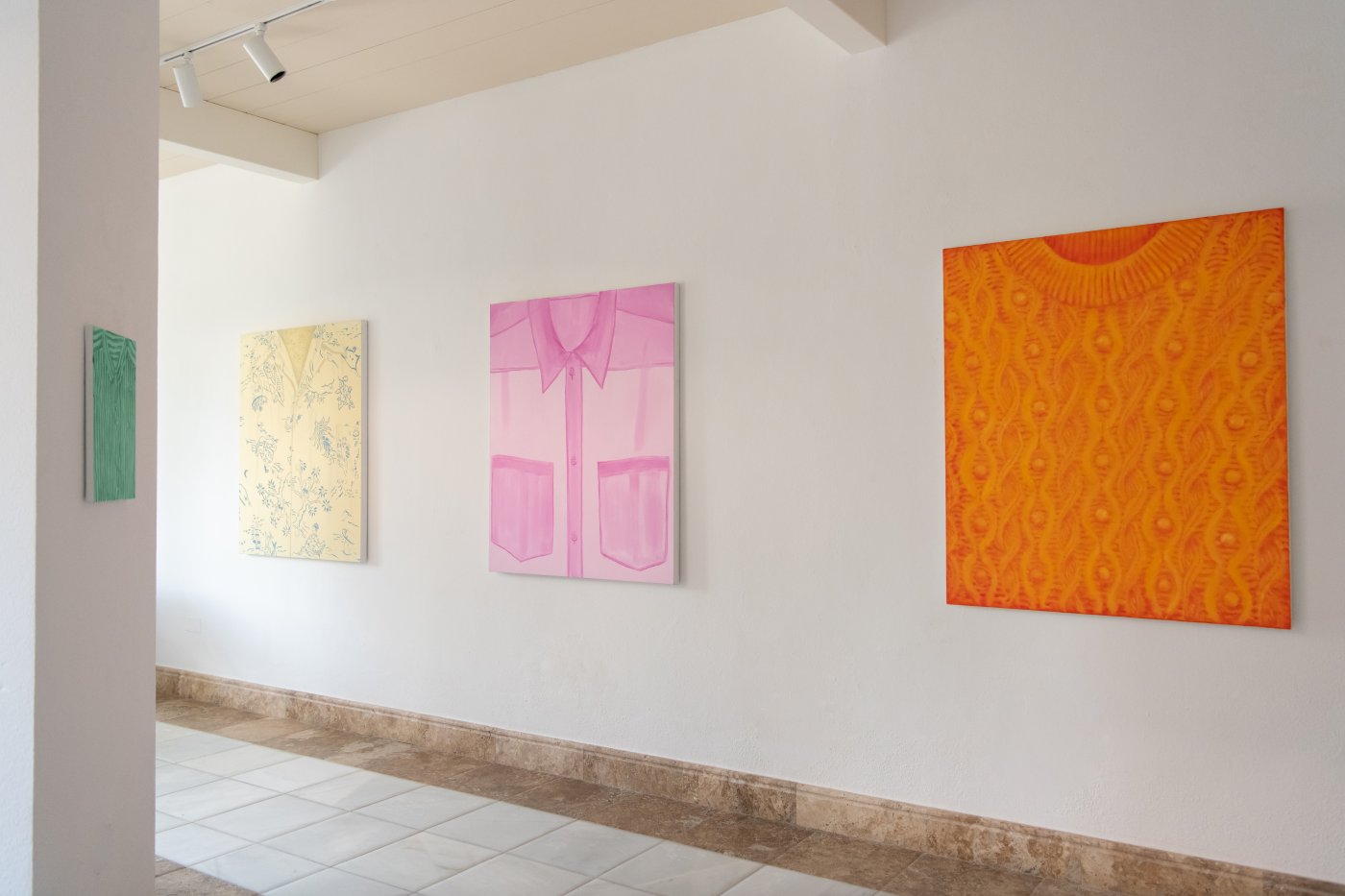 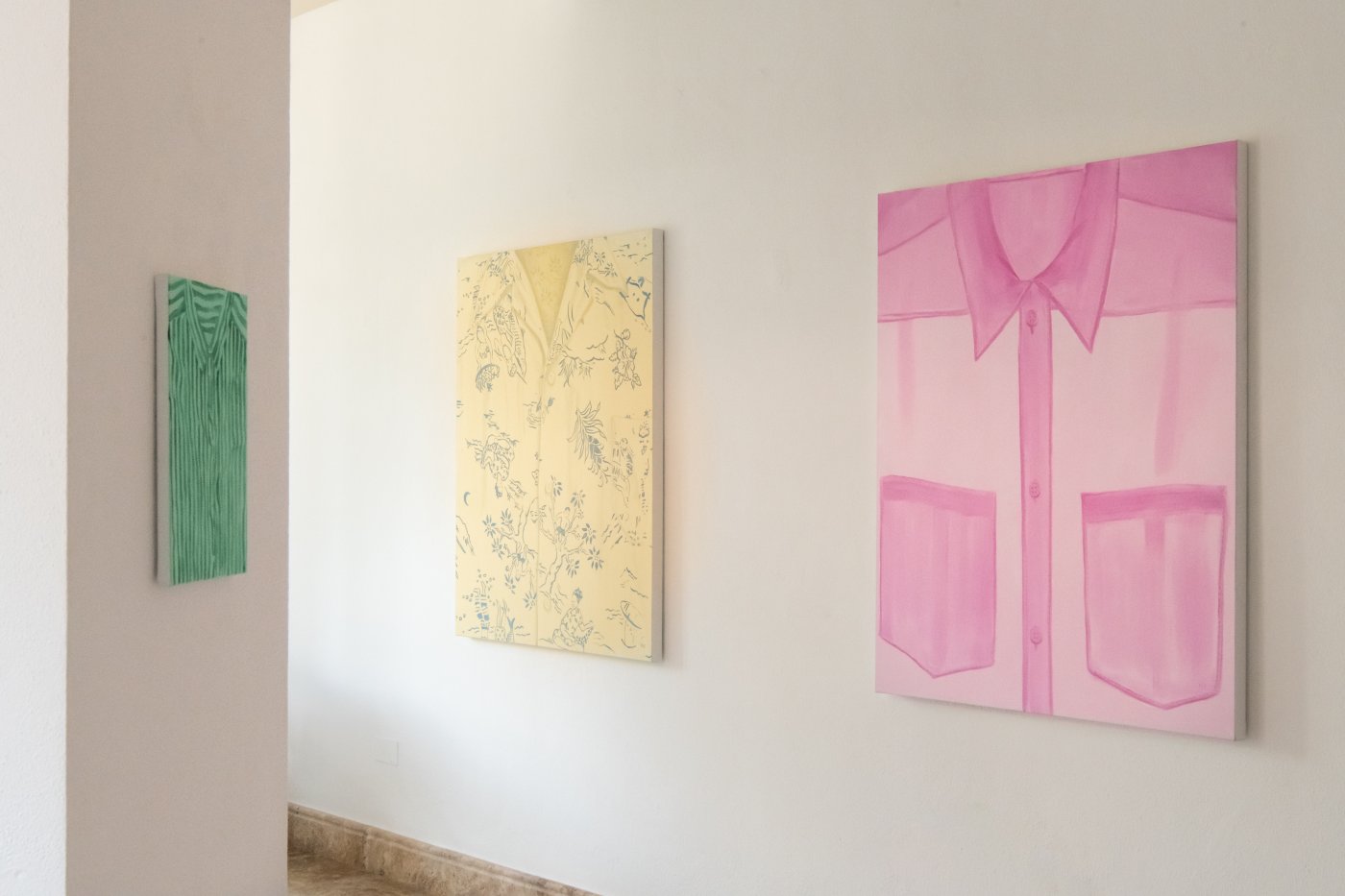 Over all, an exhibition by Hannah Knox

It’s very simple: first undo the buttons carefully so that the thread that holds them in place doesn’t break. Occasionally, the buttonhole is too small for such large buttons. Next, put your arm into one of the sleeves, starting with the right if you are right-handed, as it will be easier. Then, put your left arm in. Finally, do the buttons again. It’s better to start from the bottom up, to avoid being off, so that it is situated at the same height as the parallel buttonhole. When you finish buttoning everything, add the finishing touches: align the lateral-superior seams with your shoulders and lightly pull the inferior end of the garment. Finally, brush your hands over the surface several times so that no wrinkle remains.

The routine act of getting dressed and undressed is something apparently simple, but it tells us about more complex issues related to a person’s identity. Clothing provides a “skin,” an appearance; it’s what we show. But it’s also a cover, a concealment.

That hinge quality, that “being between” what is shown and what is hidden, is where some of the reflections contained in the works of English artist Hannah Knox are aimed, in the exhibition titled Over All. It consists of ten paintings of different sizes in which different clothing items used to cover the upper part of our body are represented: some shirts, a jumper, and a jacket. The title makes use of a term that has a double meaning: on the one hand, it alludes to a specific clothing item, overalls, attire made of a single piece that goes from head to toe. And, on the other hand, it’s an adverb that is used to refer to those things that we take as a whole, in all of their range (“in general, total”).

Knox’s paintings have that second quality that the title refers to; they are complete entities, independent units that contain a story. Material projections (paintings on a support ) that guide us toward a speculation: upon seeing them, we wonder if those clothes, in some moment, were lived in, or if they are ready for use. And who or what the identities of those people are, those who have possibly housed them, or those who will.

The artist began making these paintings, (that sit between the genres of still life and portrait), in March 2020, during the first lockdown. A moment in which we generally started to pay more attention to our surrounding environment, to our everyday life, to all those objects which we had in front of us and to those that, with the frenetic rhythm of pre-pandemic times, we weren’t able to attend to.

The transformation of these objects (shirts, t-shirts, jackets, etc.), happens as they are stripped of their original intended use, they merge into another set of values (that of paint).

Reflections on the relationship we establish with clothes converge in a world where the impulse to consume and accumulate is excessive; functionality becomes secondary when the aesthetic value of things prevails. It’s for that reason that her pieces stress the idea of inanity, of uselessness, through objects which have buttons that can’t be buttoned, pockets where nothing can be kept, and clothing that can’t be worn.

The attention paid to details makes these pieces exude sensuality. And Knox, whose mother was a designer, has been familiar with the textile sector since she was little. The use of color – bright orange tones, silvery grays, or intense greens – and the care taken with the designs and the patterns results in a similar regard for formal decision making, as a designer would pay to the cut of the cloth.

Knox’s paintings, presented in the exhibition as an installation, remind us of optical illusions; they create the impression that the represented objects are real. Intensified optic games, in some cases, due to the relationship between the pieces and their titles. Two paintings, Later that day (La Décalomanie) and Early that day (La Décalomanie), whose subtitle was taken from the 1966 work of René Magritte, in which two figures appear, a man and his silhouette, precisely highlighting a presence and an absence, like the pieces by Knox. Some titles perhaps point out to us what we are seeing, such as Work and Leisure or Silver bomber. Finally, we find others that also allude to the artist herself: All the things I am or Talking to myself; symbols of hope, aspiration and contemplation.

Courtesy of the artist and Badr El Jundi, Marbella