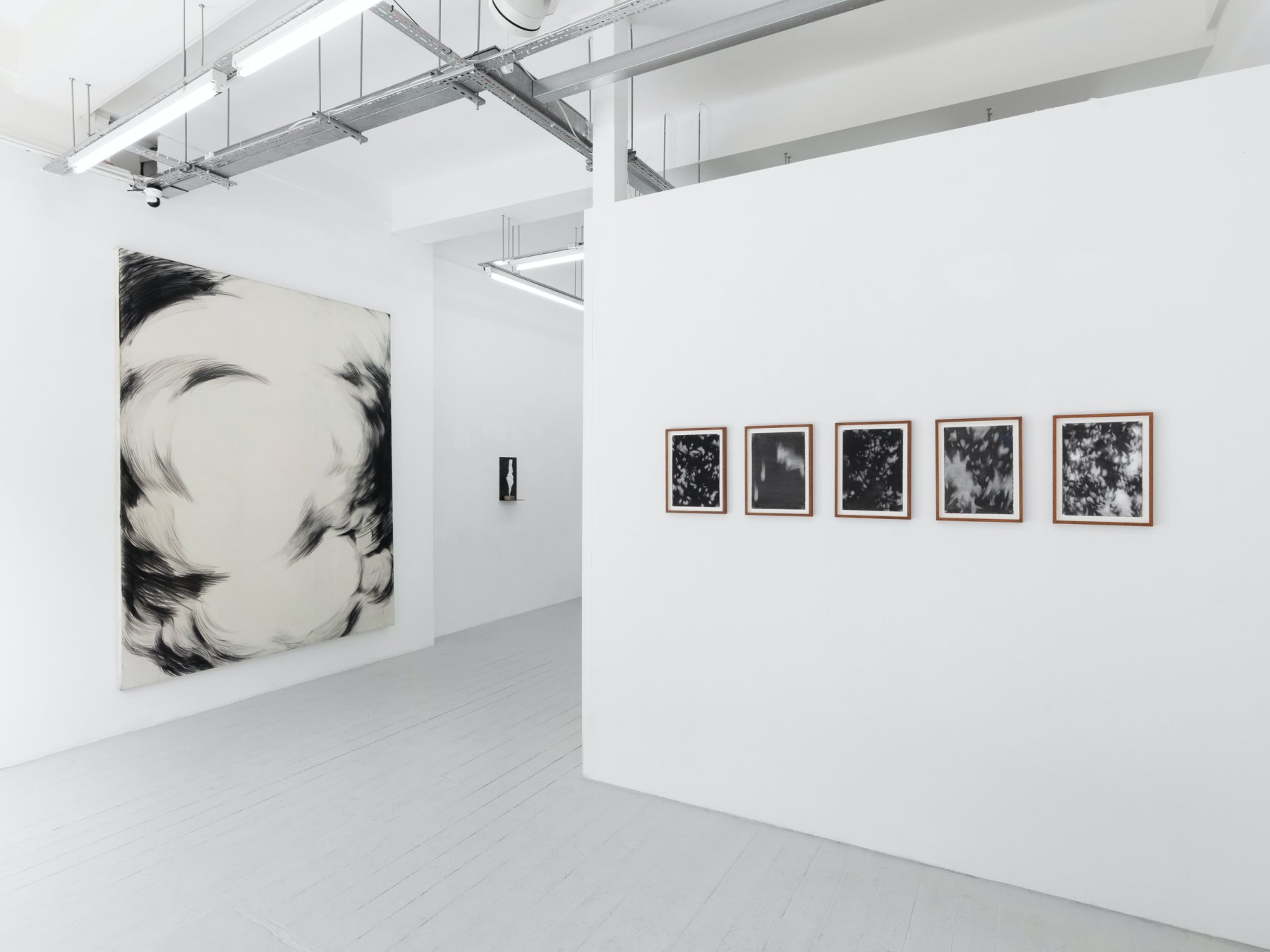 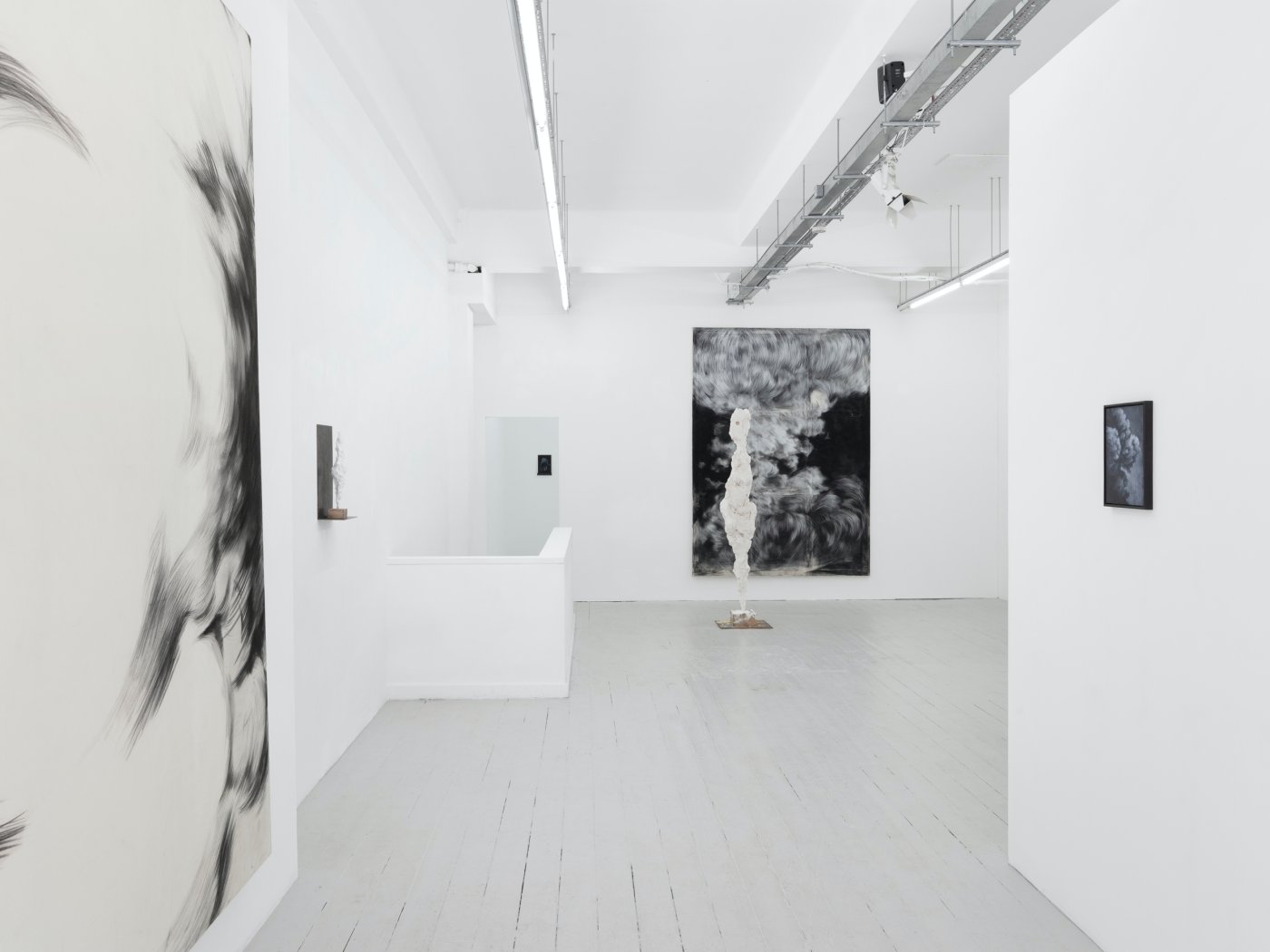 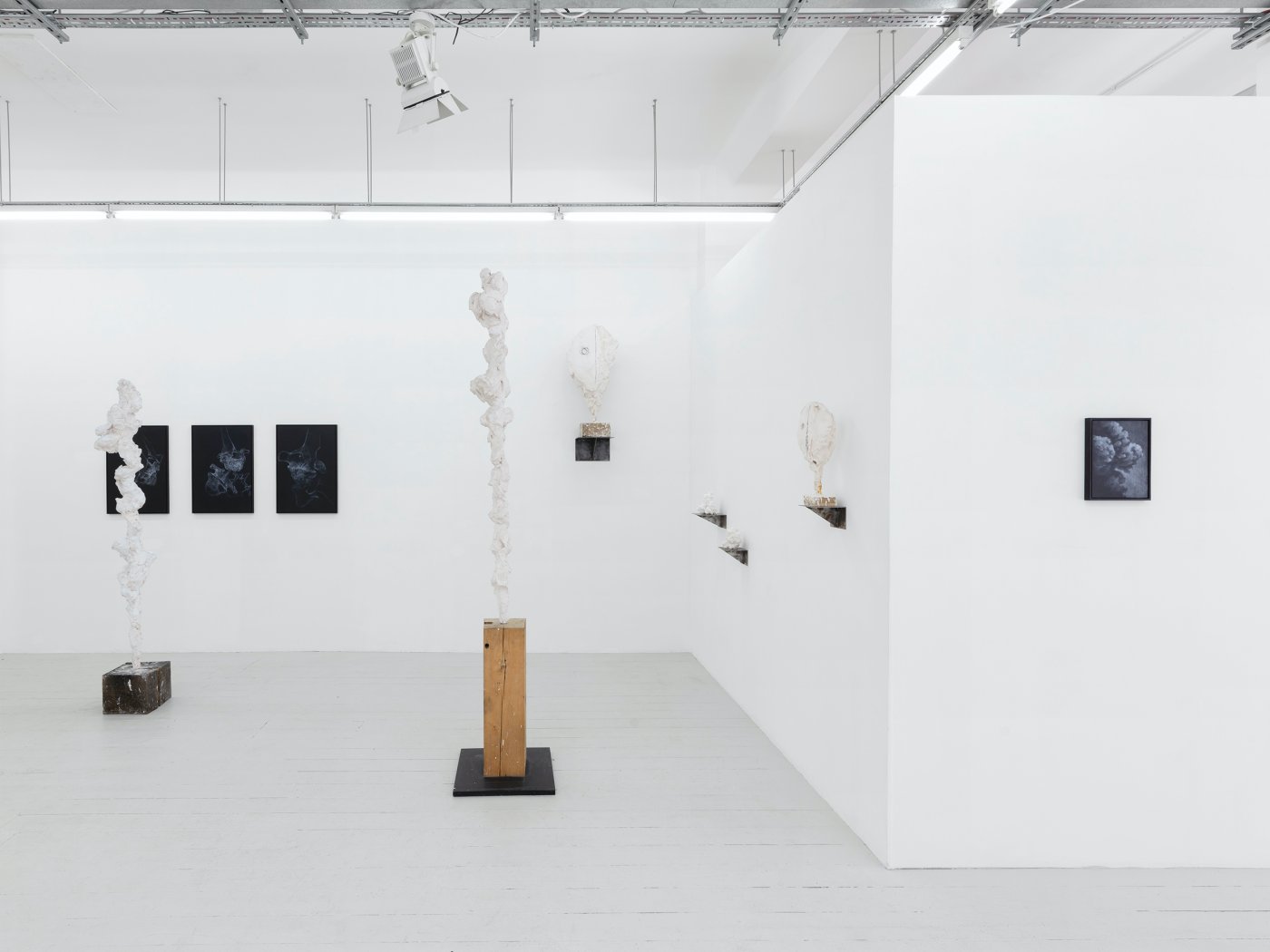 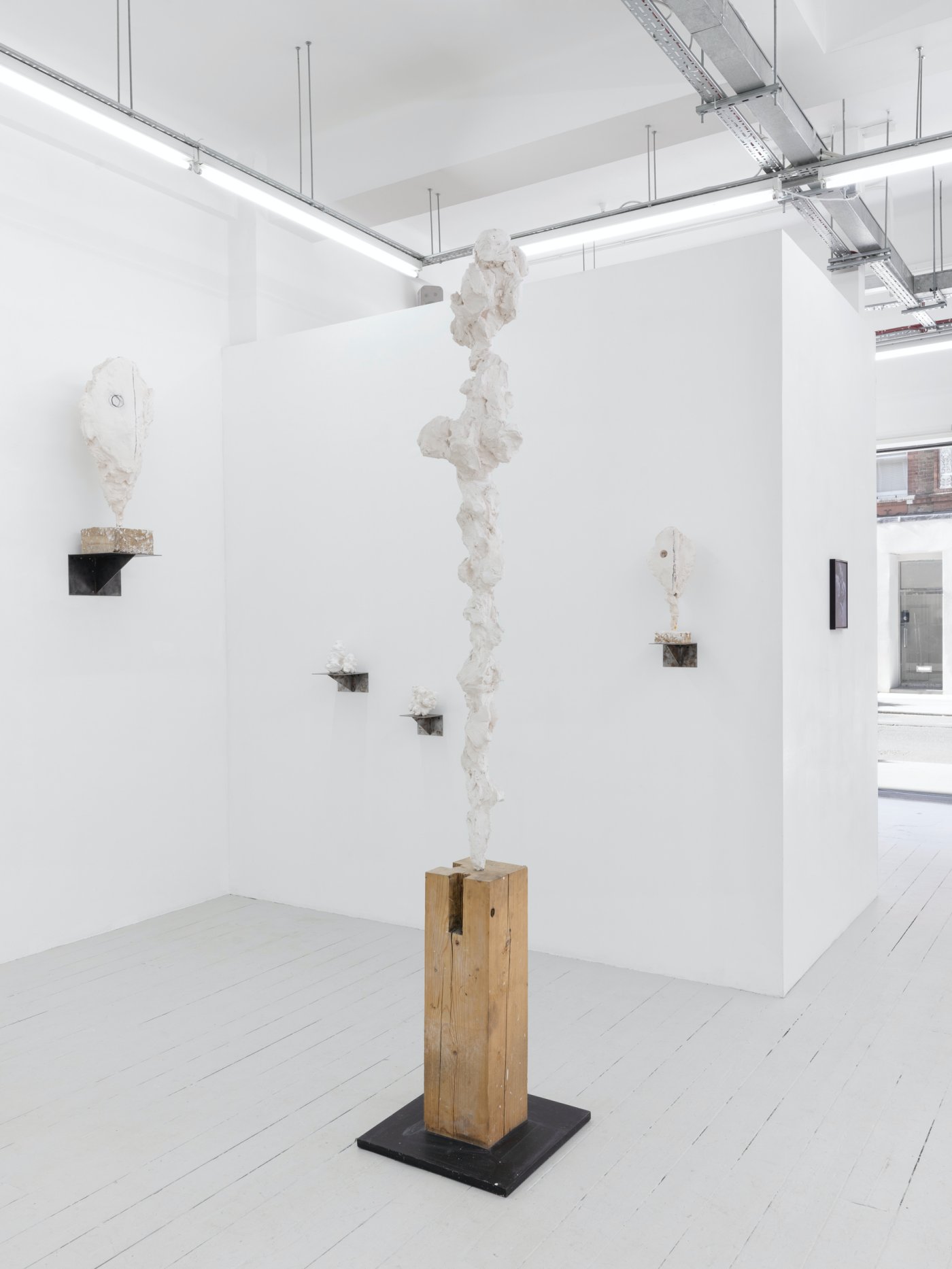 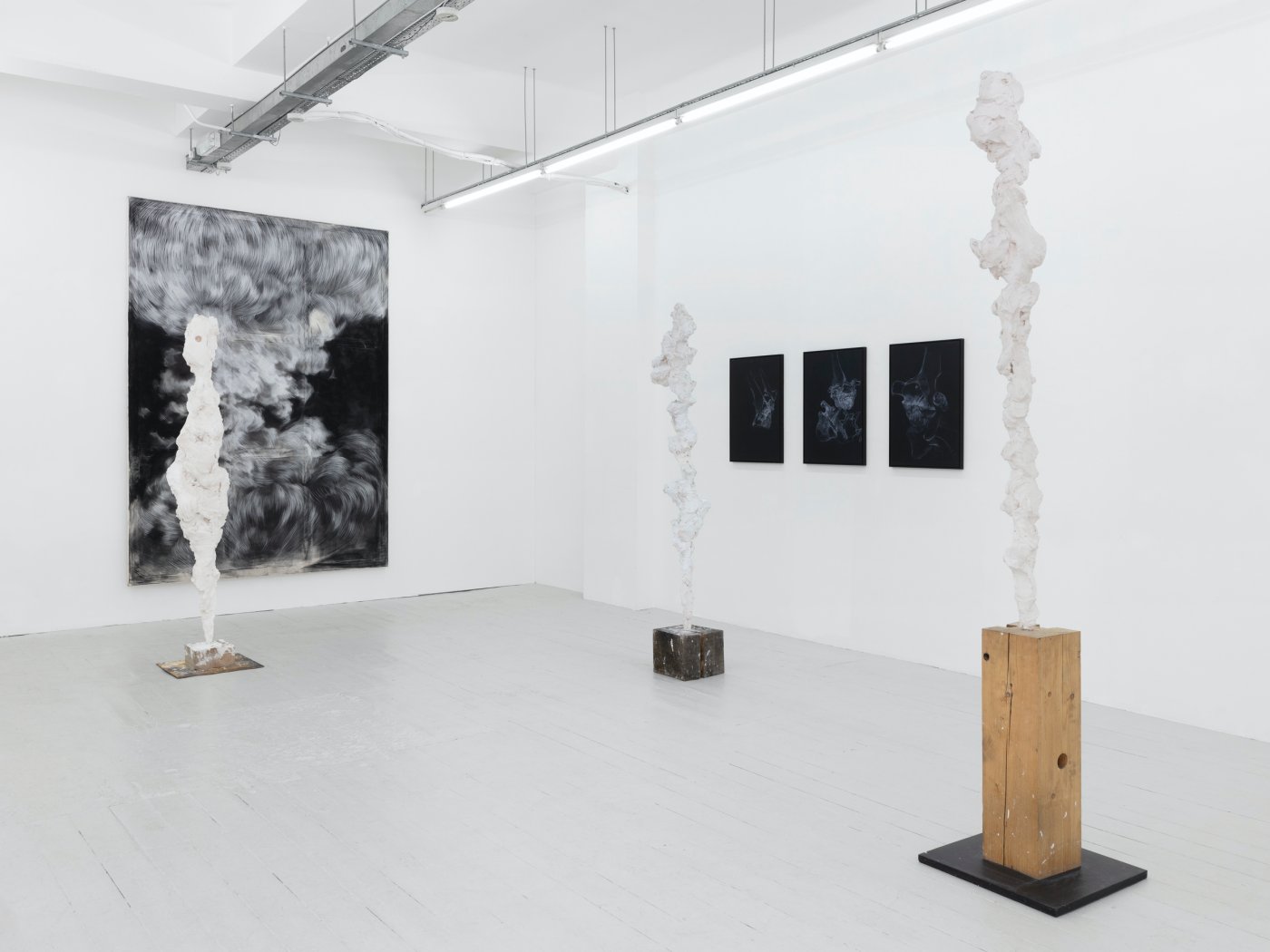 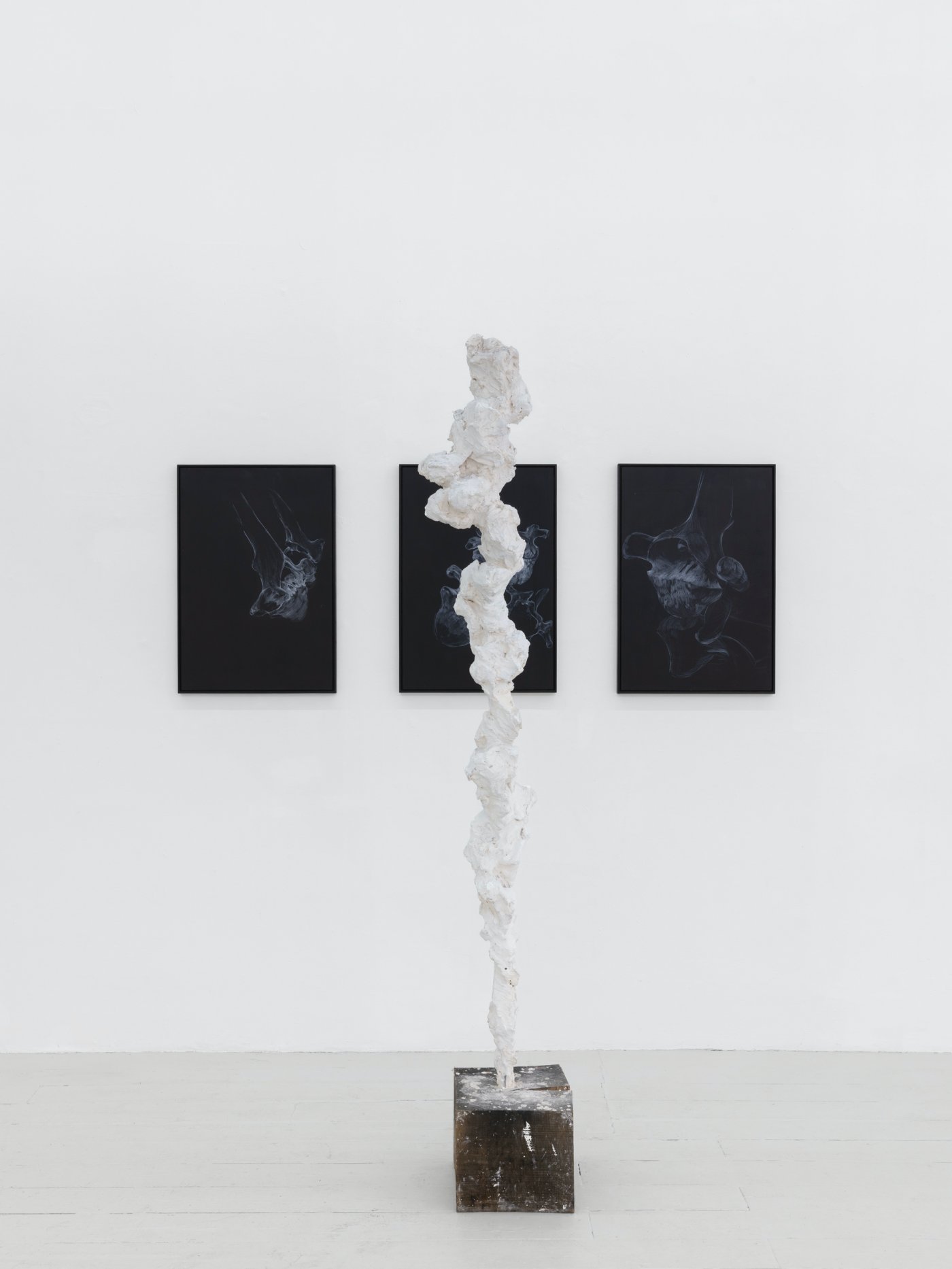 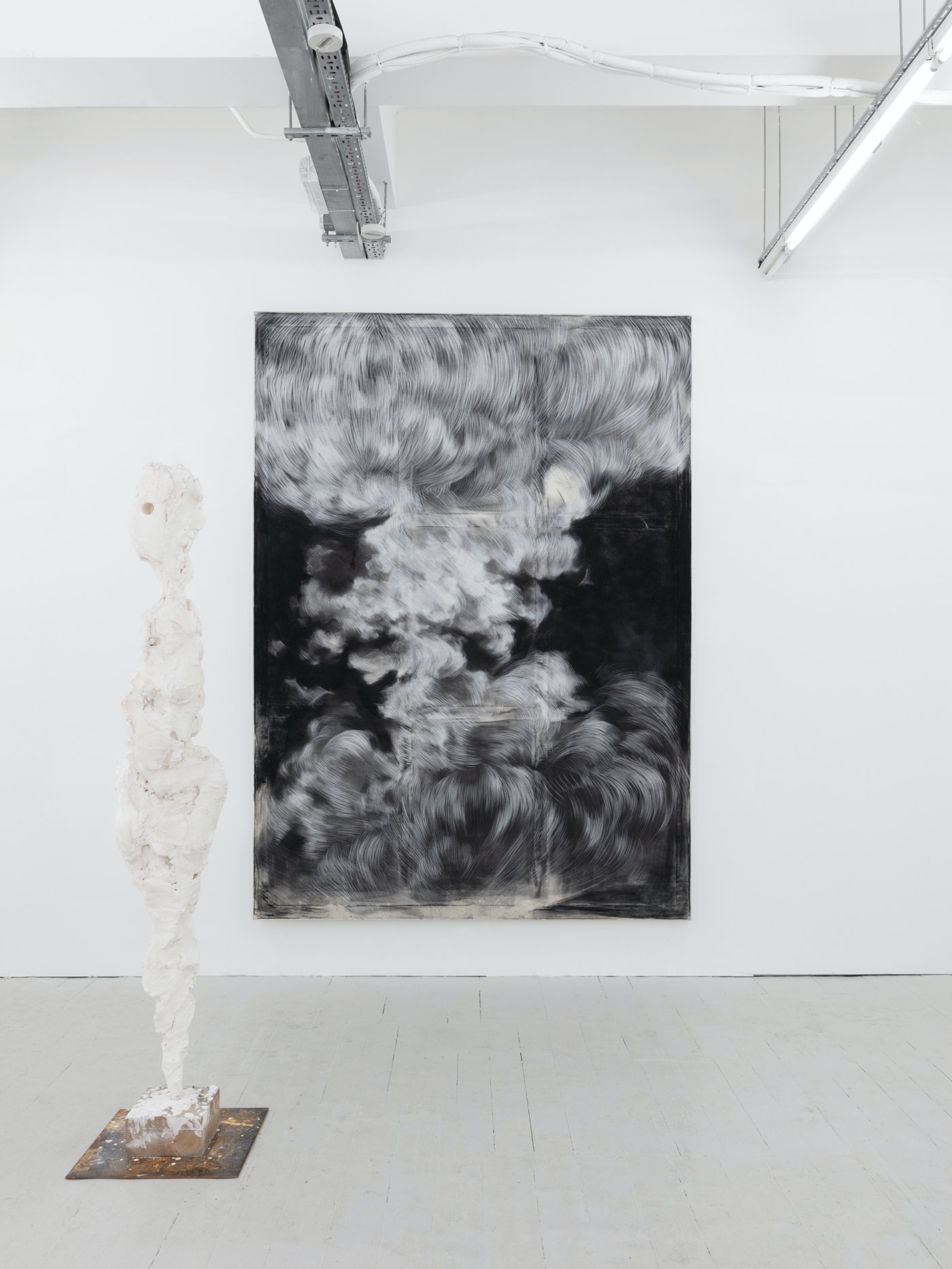 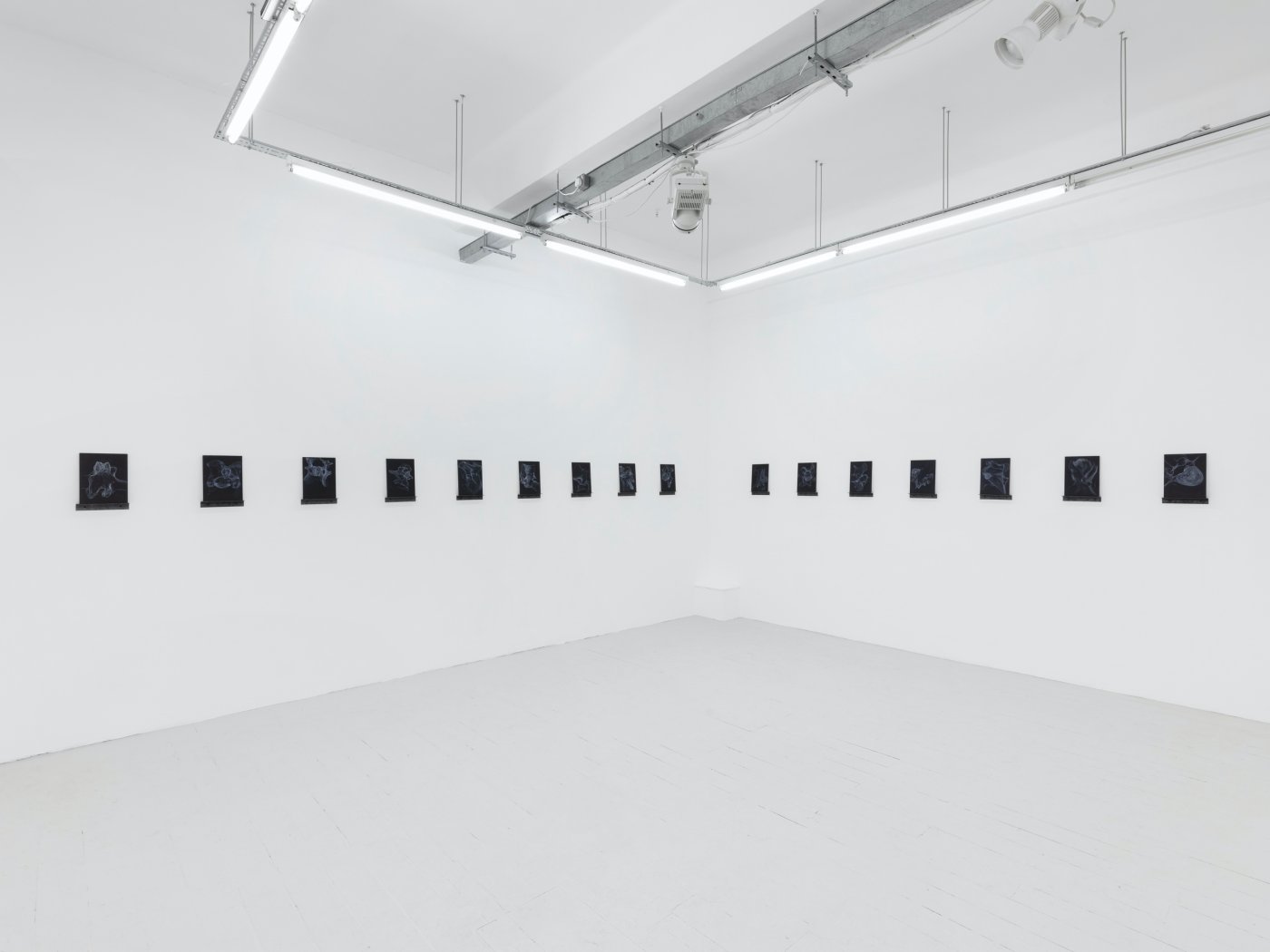 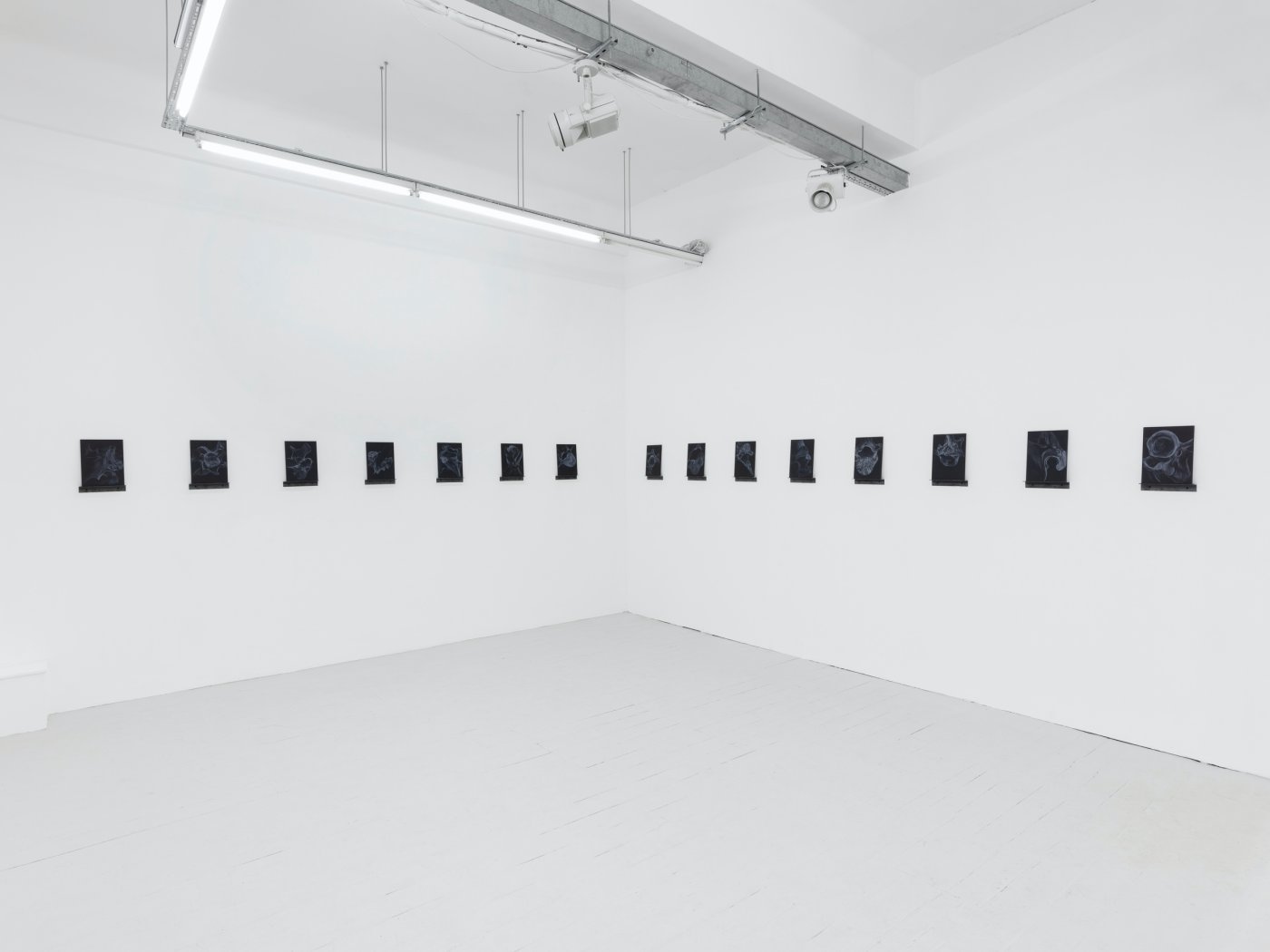 Enter Guy Haddon Grant’s studio with us. His monochromatic sculptures and drawings occupy a space between abstraction and figuration. His sculptures ascend with casual spontaneity and disruptive force; his drawings, ephemeral in nature, grapple with the tension between density and lightness. Caught in between the traditional and contemporary worlds, Haddon Grant loosens his stroke, abstracting natural forms, prefencing dynamism and emotion over surgical accuracy. At this intersection, classicism bleeds into contemporaneity.

In this exhibition, we encounter a new body of work driven by explorations around memory and space. Take for instance the Blackboard Studies. On hand made blackboards, Haddon Grant chose to draw a litany of bones and vertebrae that have been strewn throughout his studio space for years. Magnifying and rendering their familiar yet alien forms, he records a history of his creative environment with these ossified remains. This line of aesthetic investigation interrogates and rearticulates personal tropes that define a decade of his artistic practice.

Guy Haddon-Grant (b.1986, London) works across the mediums of sculpture and drawing. He started his studies at Camberwell College of Art, London, before moving to Florence, Italy, for two years to study the renaissance masters and their techniques. In 2016, Haddon-Grant was elected a member of the Royal British Society of Sculptors. He has exhibited widely in solo and group exhibitions, notably in The British Figure at Flowers Gallery, London (2015), and Bloomberg New Contemporaries 2010 at A Foundation, Liverpool (2010) and ICA, London (2010-2011). Recent solo exhibitions include Surrender, Roman Road, London (2019); Ashes, Dellasposa, London (2018); Dust and Shadows, Karavil Contemporary, London (2015); and Apophenia, Royal College of Art, London (2014)