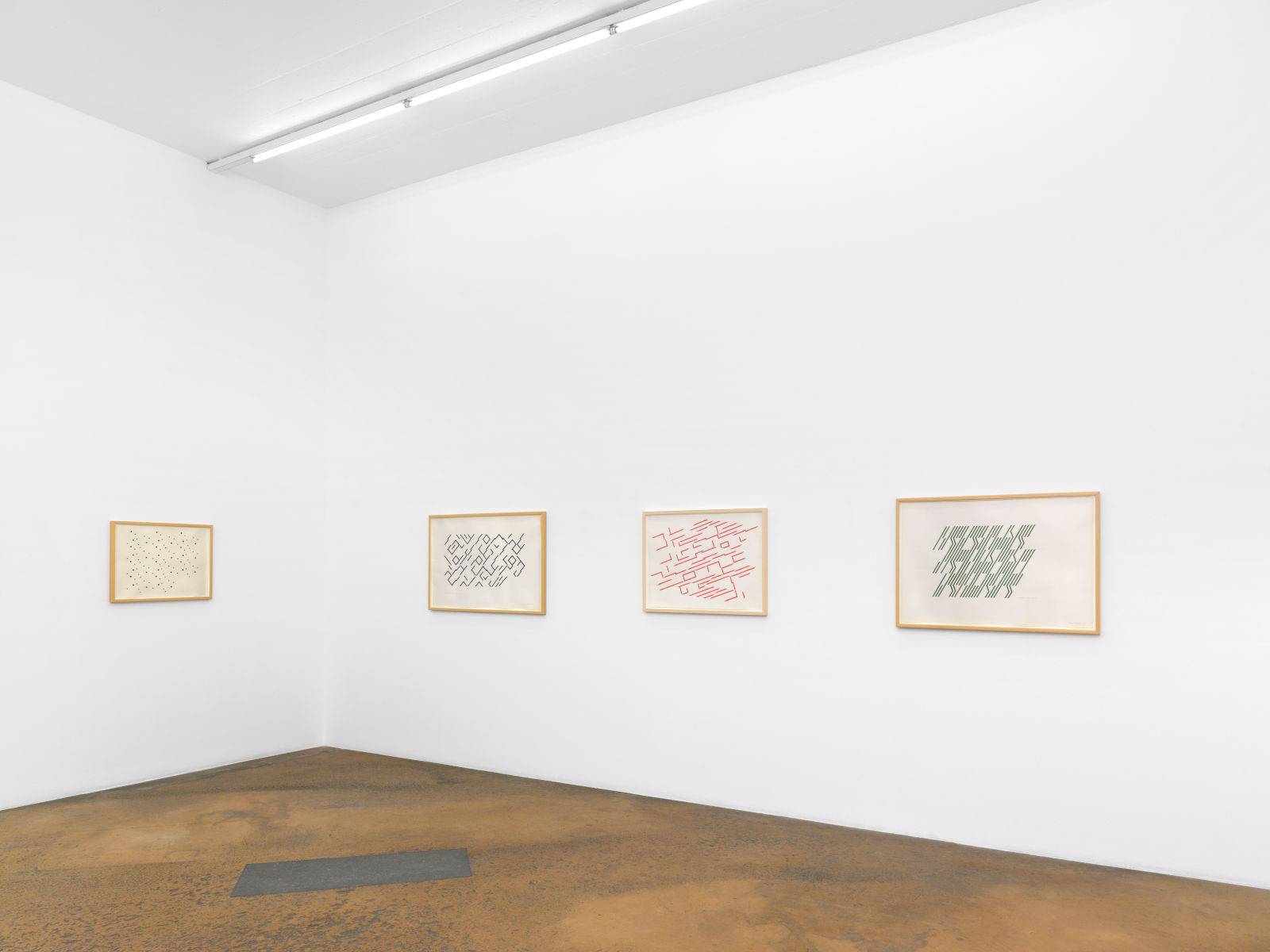 French-born artist Guy de Cointet (1934–1983) emigrated to the USA in 1965, where he worked as an assistant to Larry Bell in New York. He eventually followed him to Los Angeles, where he lived for the rest of his life.

His work weaves together strands from Conceptual art, visual poetry, and various narrative forms. For de Cointet, code, hieroglyphics, and typography were tools for transforming words into images, and giving form to color. He employed these to create large drawings composed of encrypted writings and his books of “typoetry.”

Like Warhol, he drew inspiration from the everyday world, from advertising and soap operas, processing his finds using the “cut-up” techniques of Burroughs and Gysin. Toward the end of his life, de Cointet became increasingly interested in the crossovers between theater, cinema, and dance. His scenery items for his production of ETHIOPIA, (part of the MAMCO collection) function by turns as props, scenery, and actual characters.

This room contains works on paper and “post-Pop” paintings, acquired by MAMCO on occasion of the first de Cointet retrospective the museum organized in 2004.