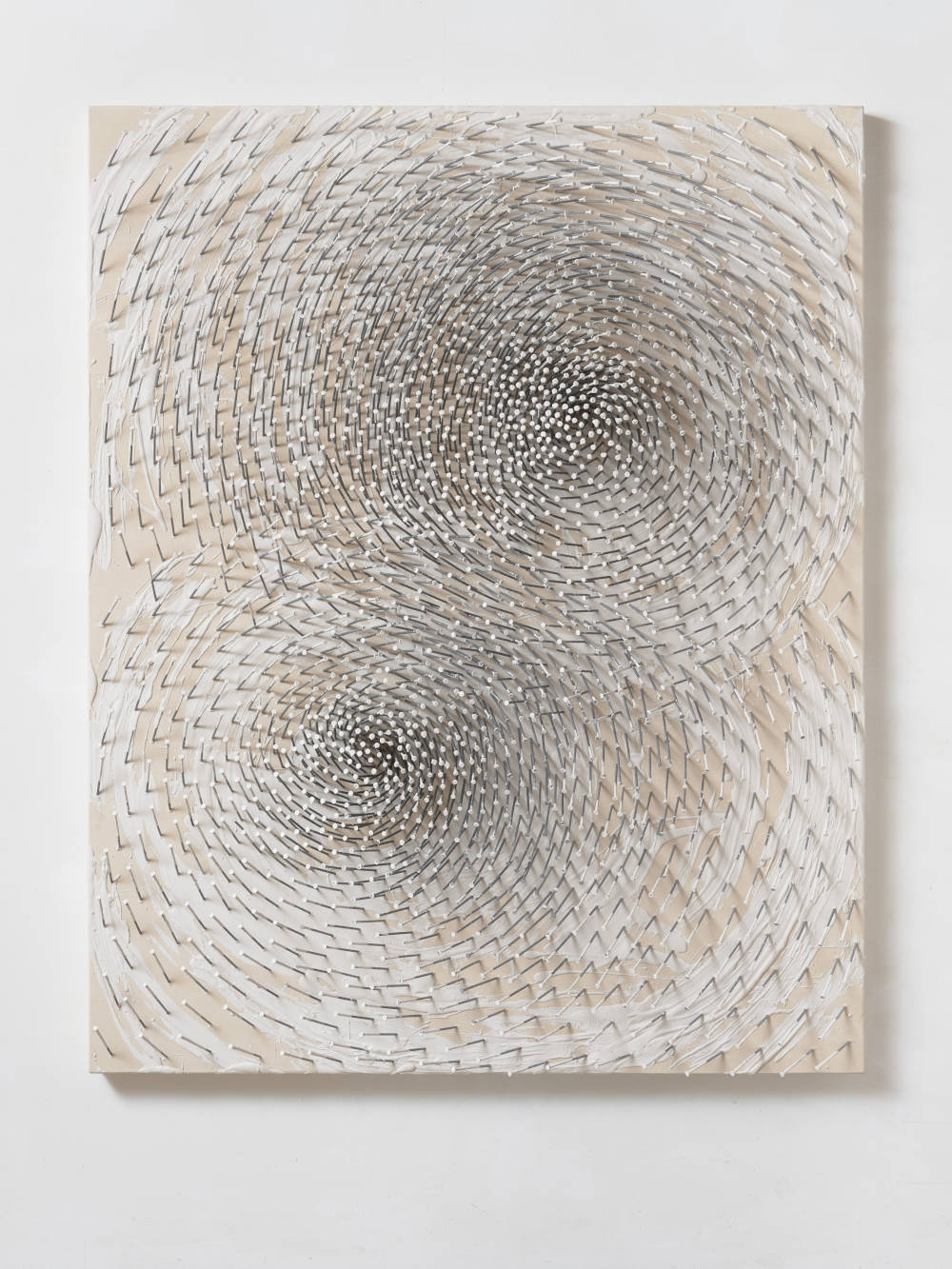 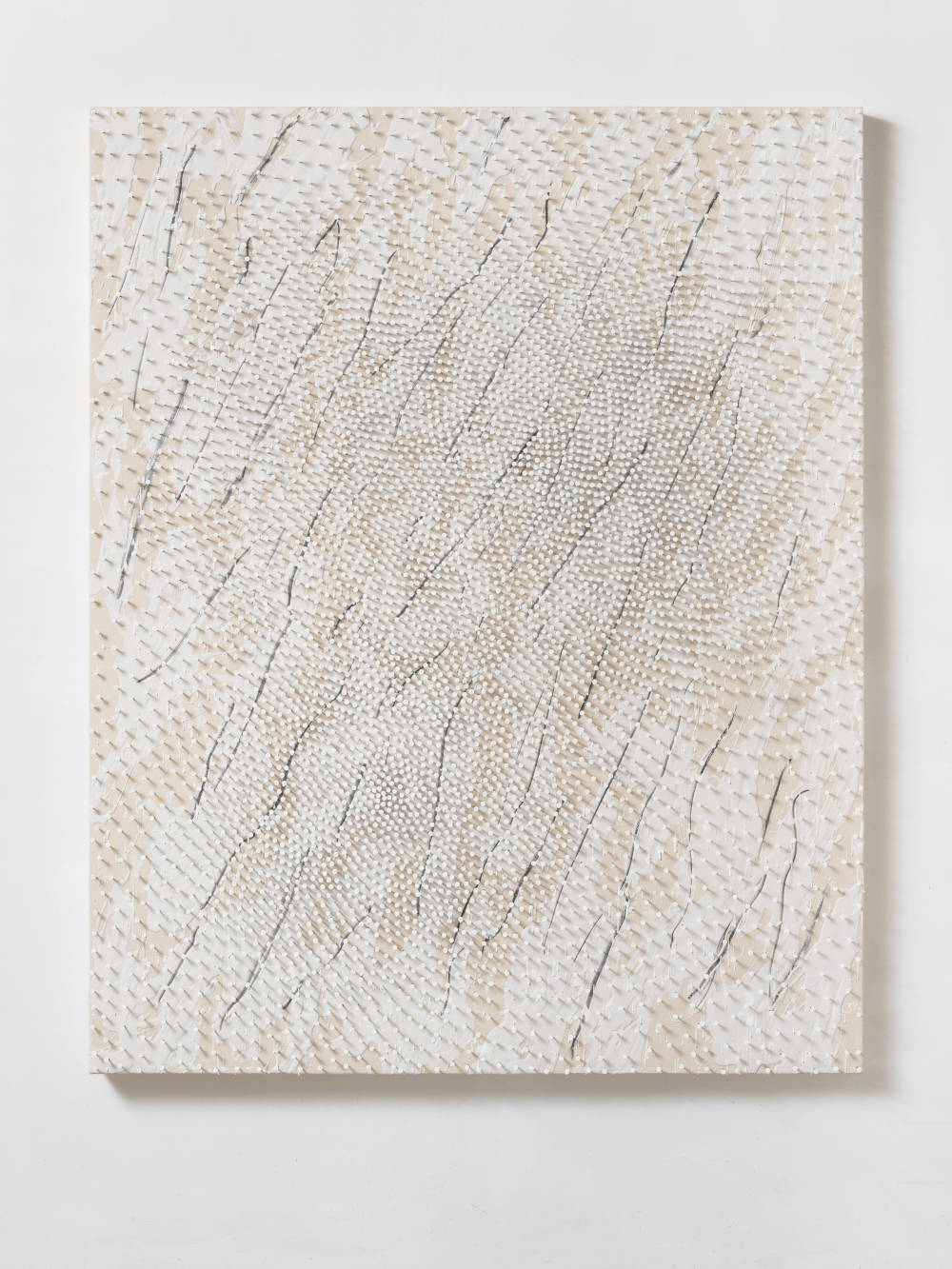 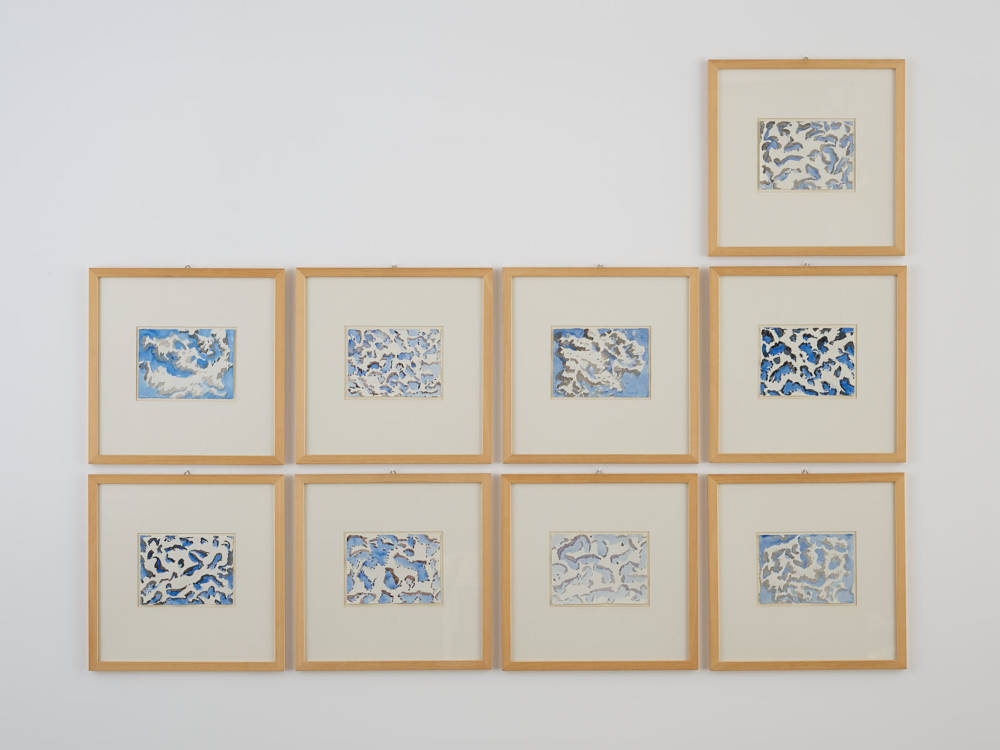 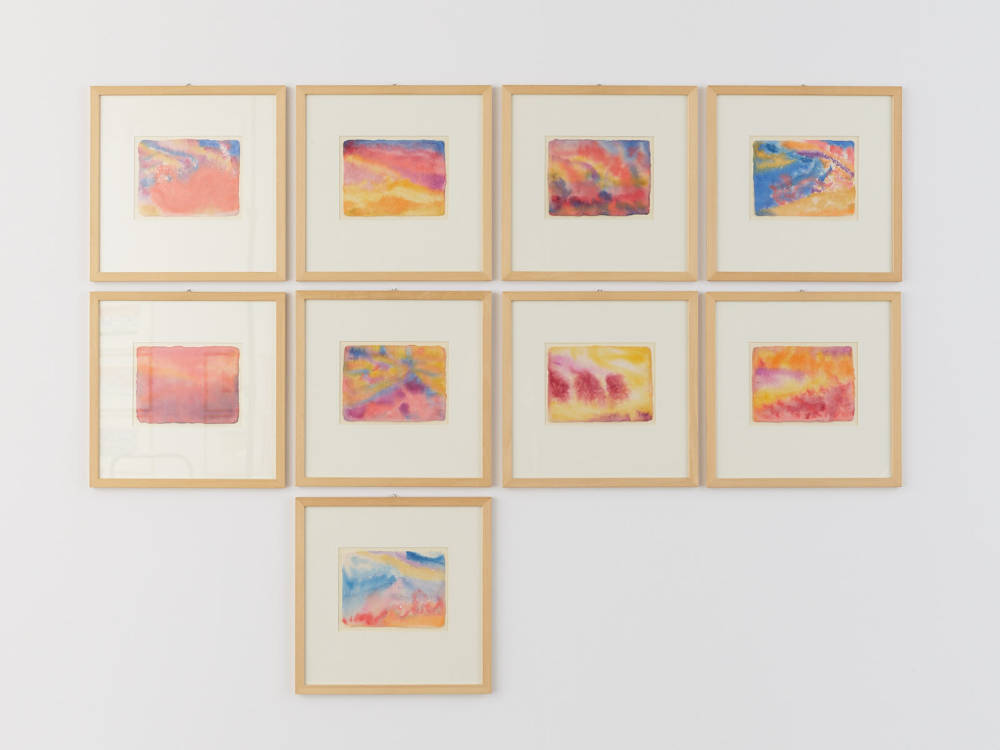 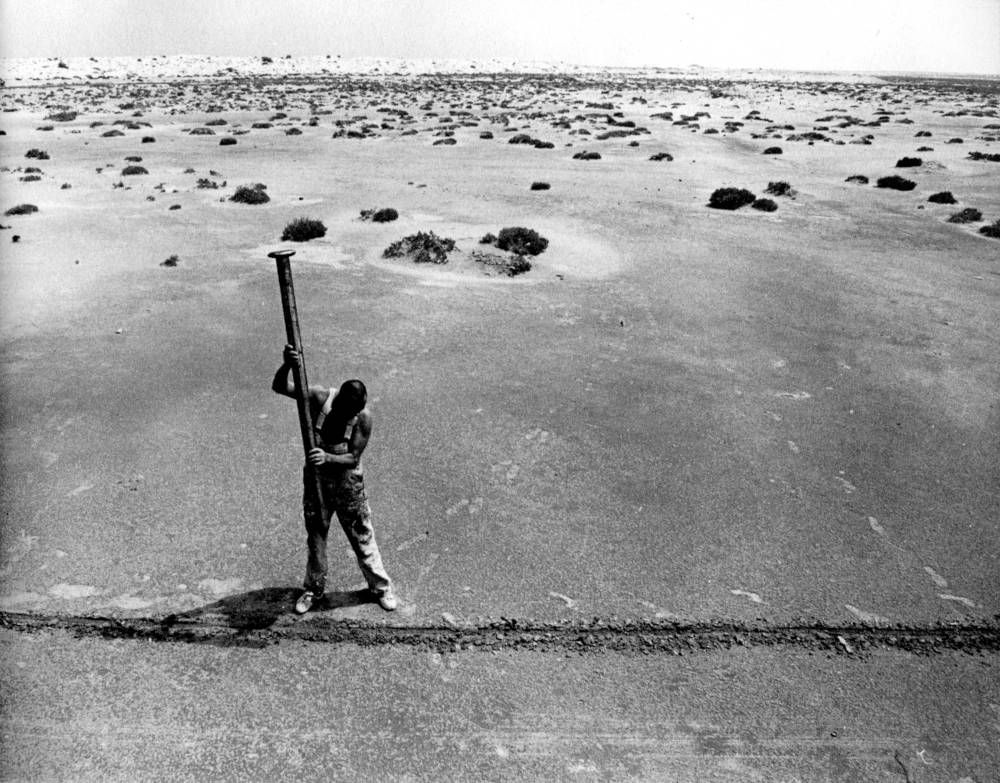 Günther Uecker
Action Libyan Desert, 1977. Where Two Lines Meet is a Point, That's Where I Drive My Nail In., 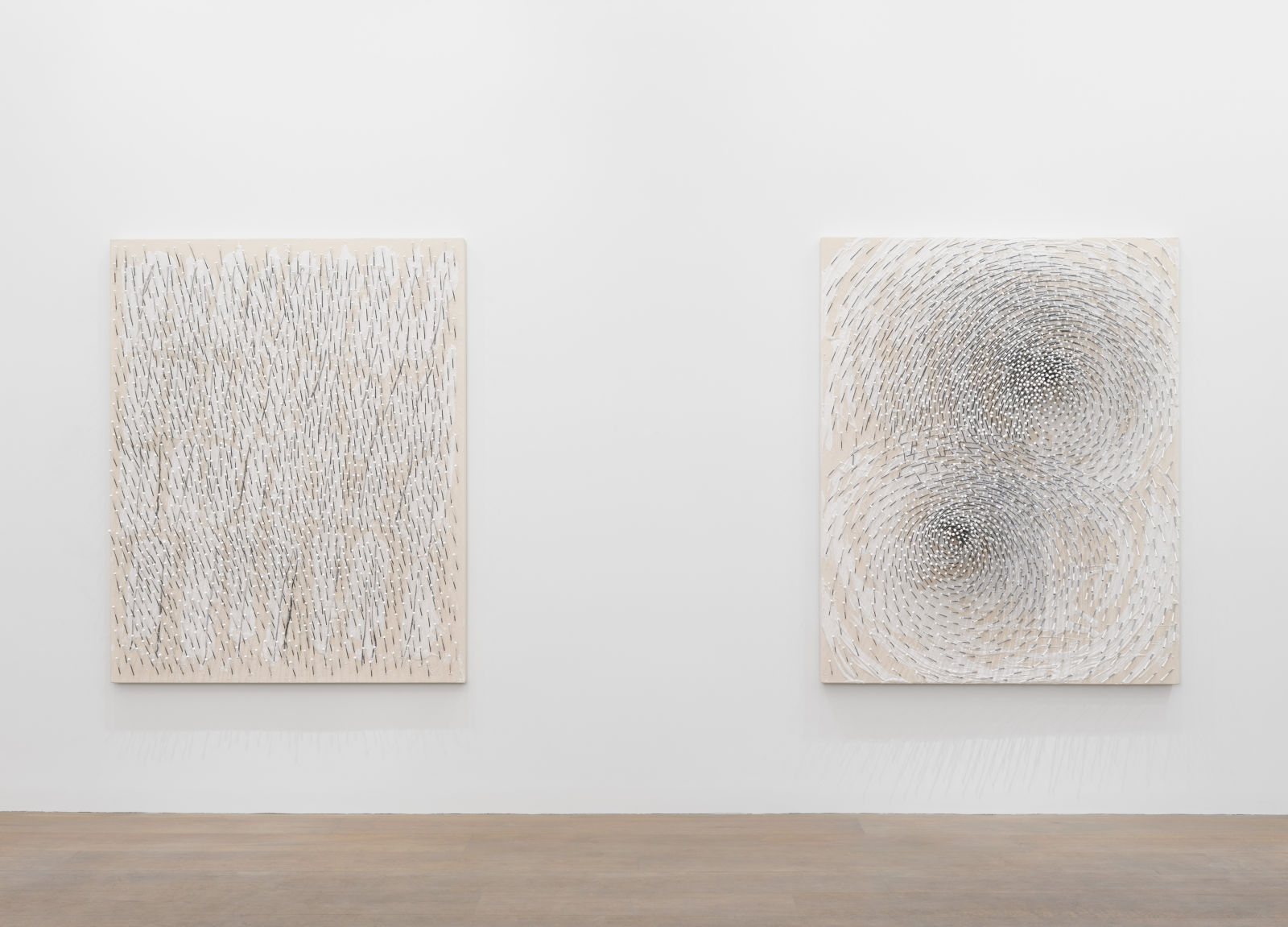 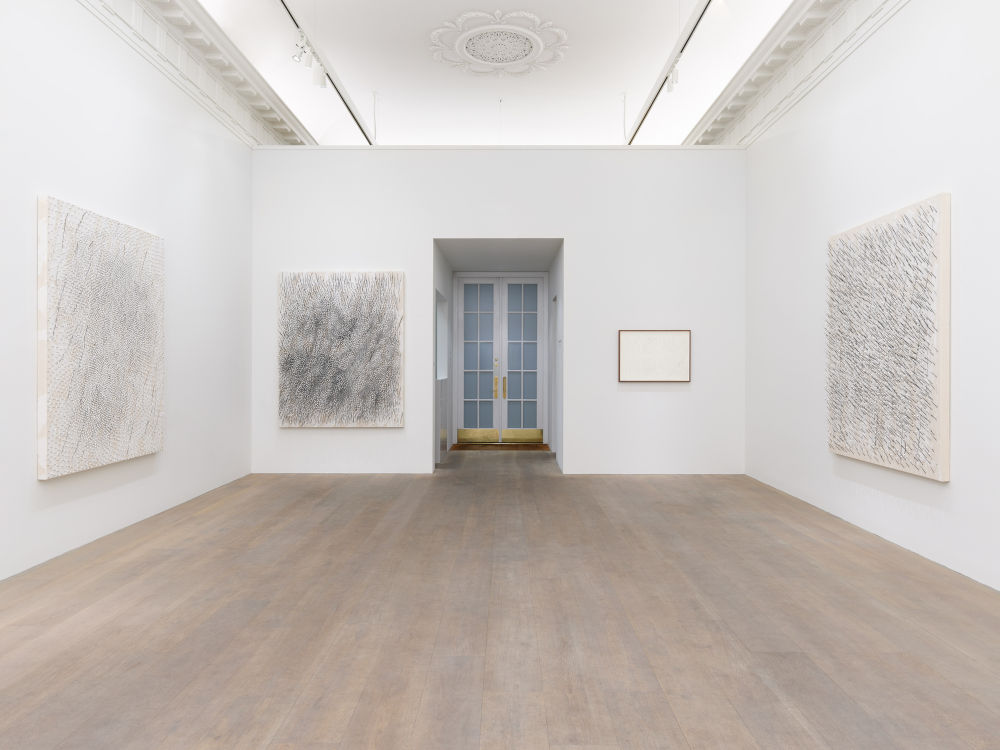 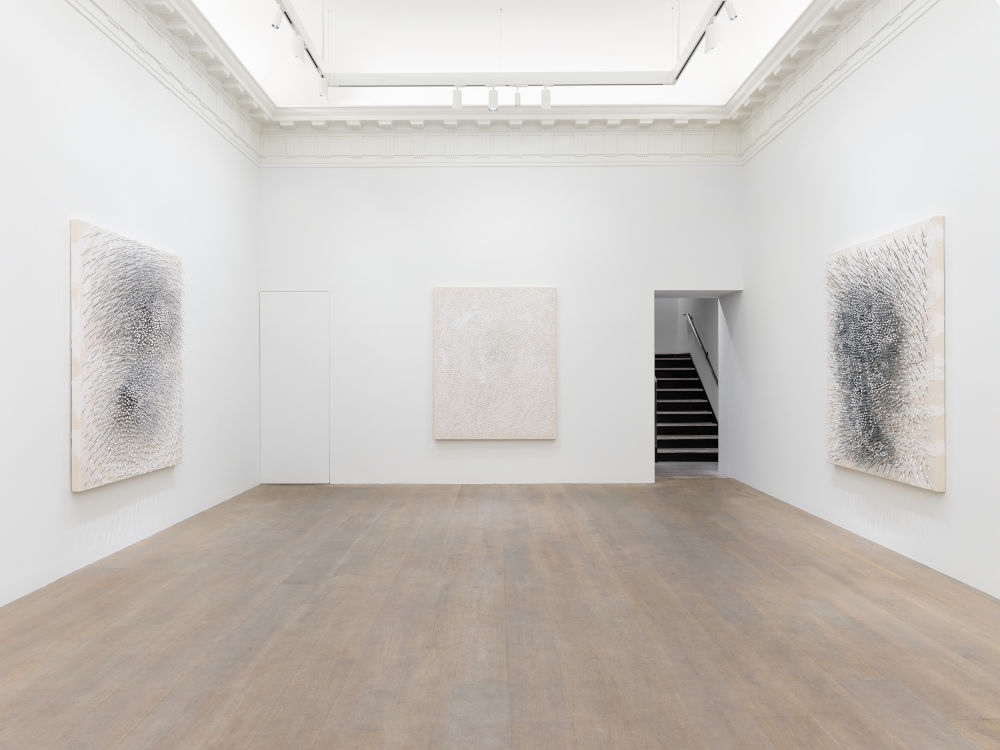 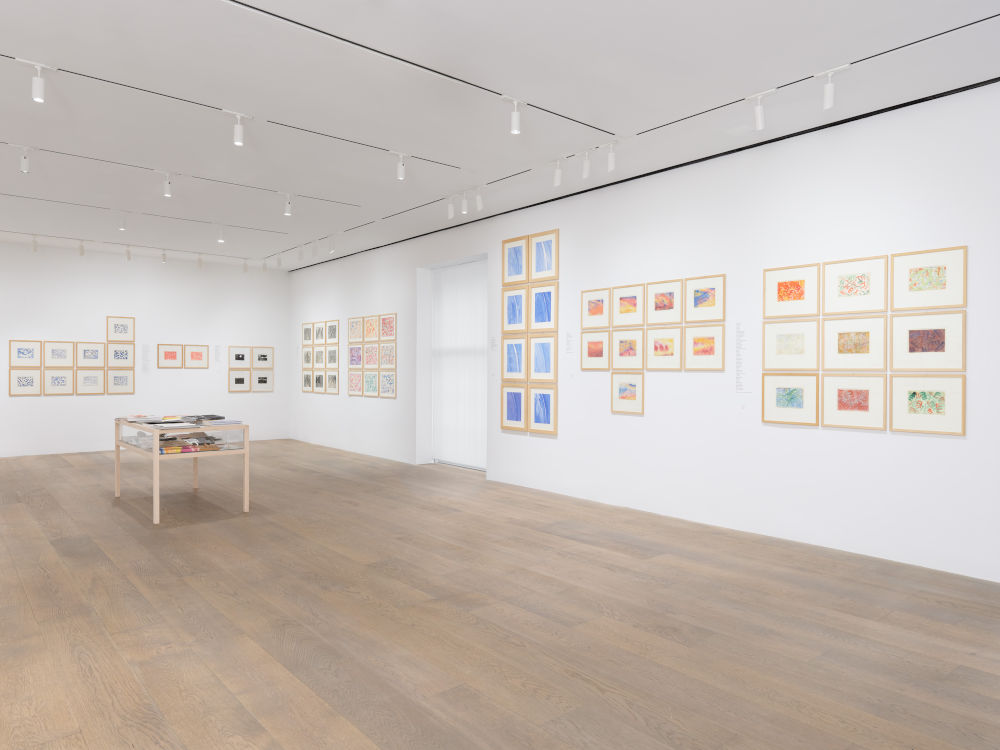 Notations brings together new large-scale nail paintings with a selection of watercolors from series made by Uecker (b. 1930, Wendorf, Germany) during his global travels over the past three decades. The exhibition is the first to juxtapose these disparate bodies of work, which together provide deeper insight into Uecker’s practice and the sociopolitical concerns that have informed his artistic efforts over the past 60 years.

To create his signature nail paintings, Uecker stretches canvas over thick panels of wood; works a mixture of white paint and carpenter’s glue into a dense, visceral surface; then hammers nails into the panels, varying their placement, angle, and groupings intuitively to form undulating painted reliefs that cast shadows in constant motion. Unified by pictorial composition and material presence, the nails project out into the viewer’s space, suggesting forces of growth and movement, unity and disruption, order and entropy. A highlight of this new series is Weisser Schrei (White Scream), a painting Uecker describes as a self-portrait.

Uecker’s watercolors reveal a wholly different but essential part of the artist’s practice. Autonomous from but parallel to his studio work, the watercolors are made spontaneously “on the road” by an inveterate traveler responding to his experiences in far-flung locales. In the tradition of the Romantics, Uecker records the intense sensations evoked by landscapes, plant life, architecture, and qualities of light and atmosphere. Abstracting these encounters into idiosyncratic forms and intense colors, Uecker’s watercolors capture the artist’s sense of wonder at the natural world. Through these watercolors, Notations explores the impact that Uecker’s travels across Australia, Brazil, Egypt, Germany, Israel, Japan, the United States, Vietnam, and other places have had upon him as an artist.

Personal in nature and intimate in scale, Uecker’s watercolors are at the same time intensely public by virtue of his active engagement with outside world. By contrast, the nail paintings are profoundly private, made in the solitude of his studio in a performative, nearly ritualistic process. The repetitive, sonorous, and tactile operations that Uecker uses to create his nail paintings comprise a meditative practice. The two contrasting bodies of work are nevertheless united by their reliance upon fluidity: both nail paintings and watercolors express motion, physical change, and spiritual transformation. By bringing these two bodies of work together, Notations aims to invite new insights into the imperatives of Uecker’s groundbreaking art.

In conjunction with Notations, Lévy Gorvy will publish the first English language book dedicated to Uecker’s watercolors. This catalogue will feature writings by the artist, as well as a conversation between Uecker and Hans Ulrich Obrist.