“For Günther Förg, like so many other artists, colour is both totality and fragment, leaving time in suspension.” – David Barro, 2015

Galerie Max Hetzler, London is pleased to present Constellations of Colour, uniting paintings on canvas and works on paper from 1990 to 2008 by Günther Förg (1952-2013). Bringing together works from Förg’s seminal Spot, Grid and Grey series, the exhibition foregrounds the artist’s celebration of colour and his experimentation with pigment, material and form. Offering an endless field of exploration, colour stands at the core of Förg’s practice, assuming the role of both medium and subject in the exhibited works. The show marks the gallery’s 21st solo exhibition of the artist’s work since 1984. 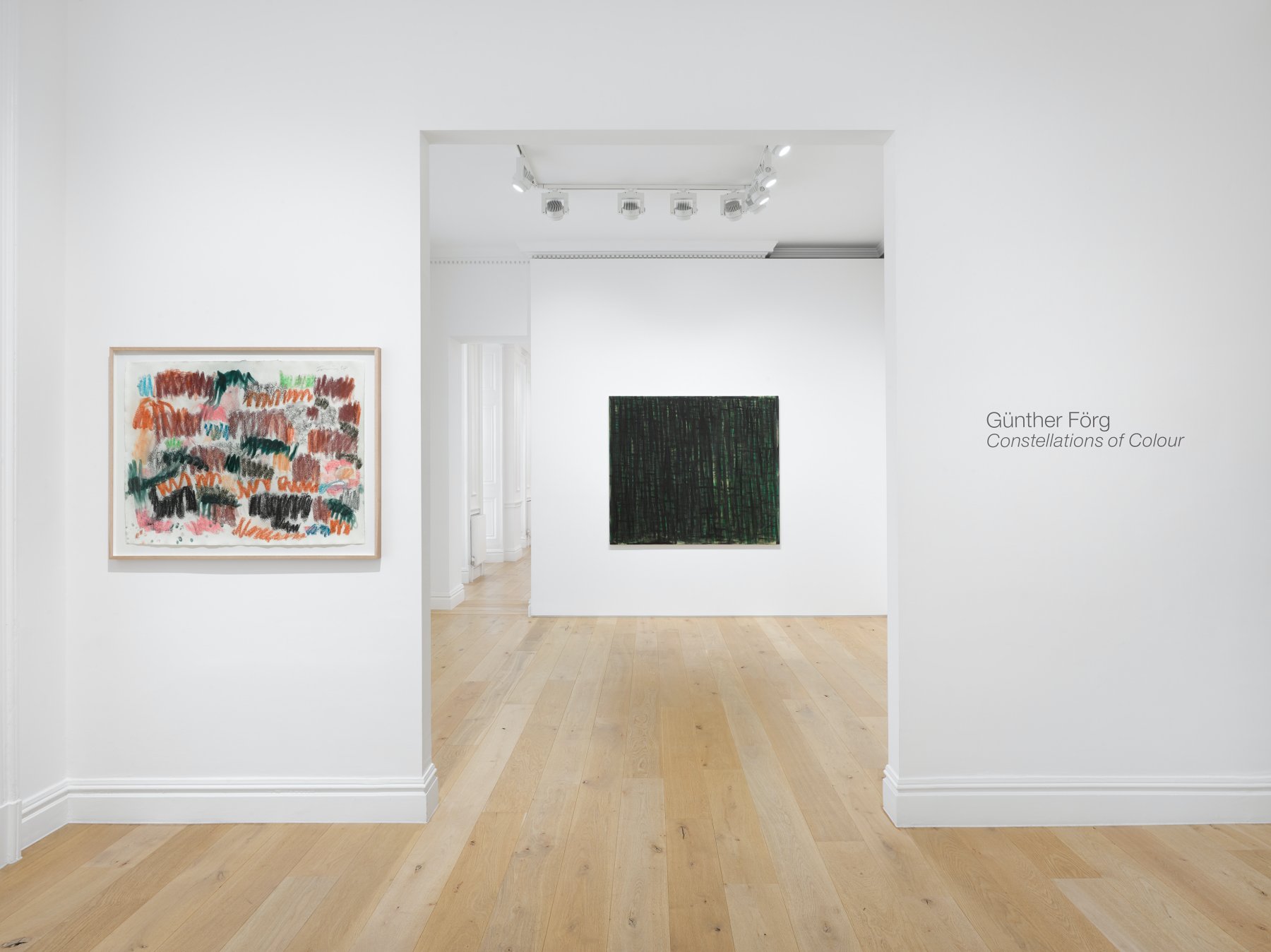 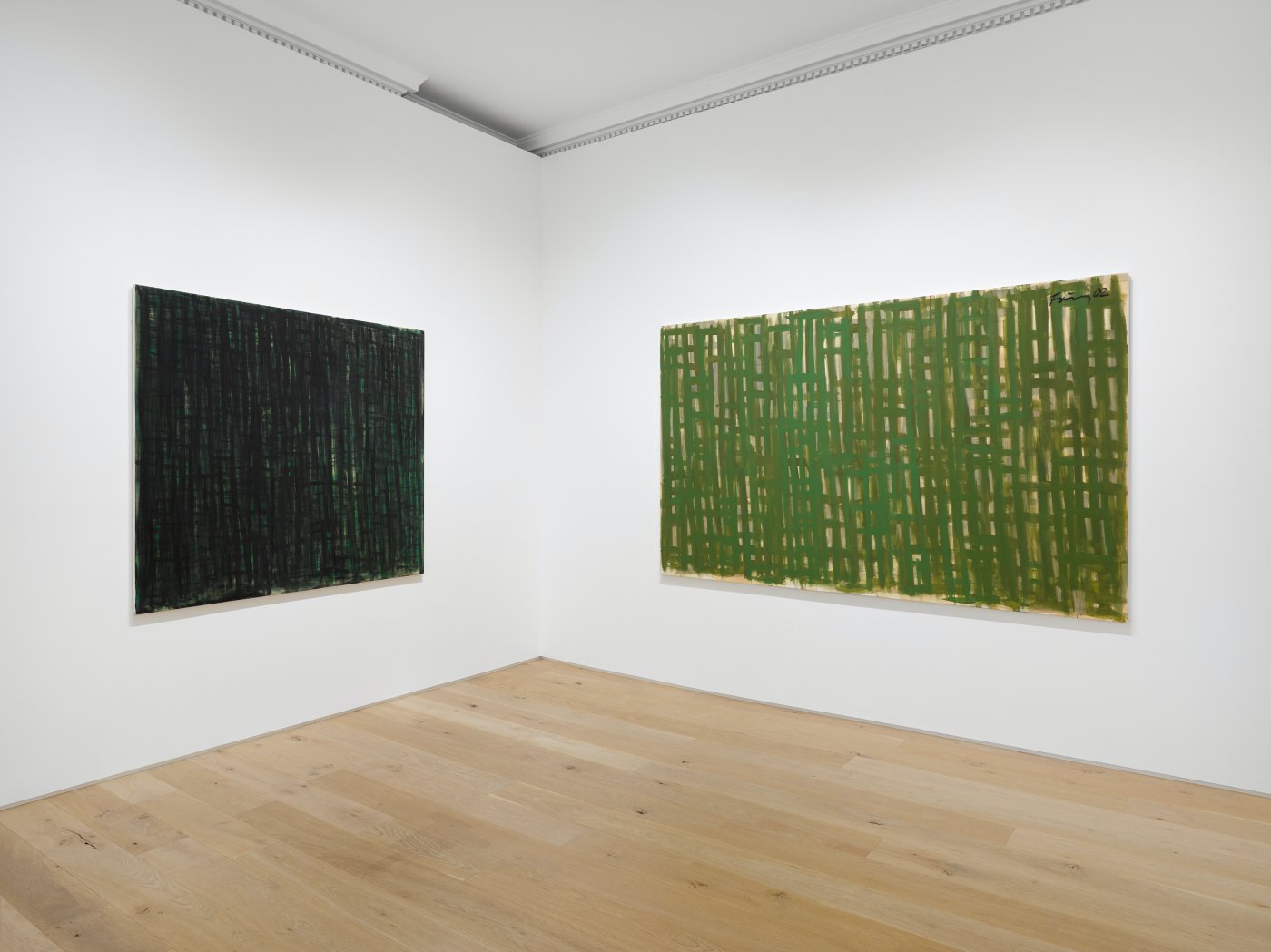 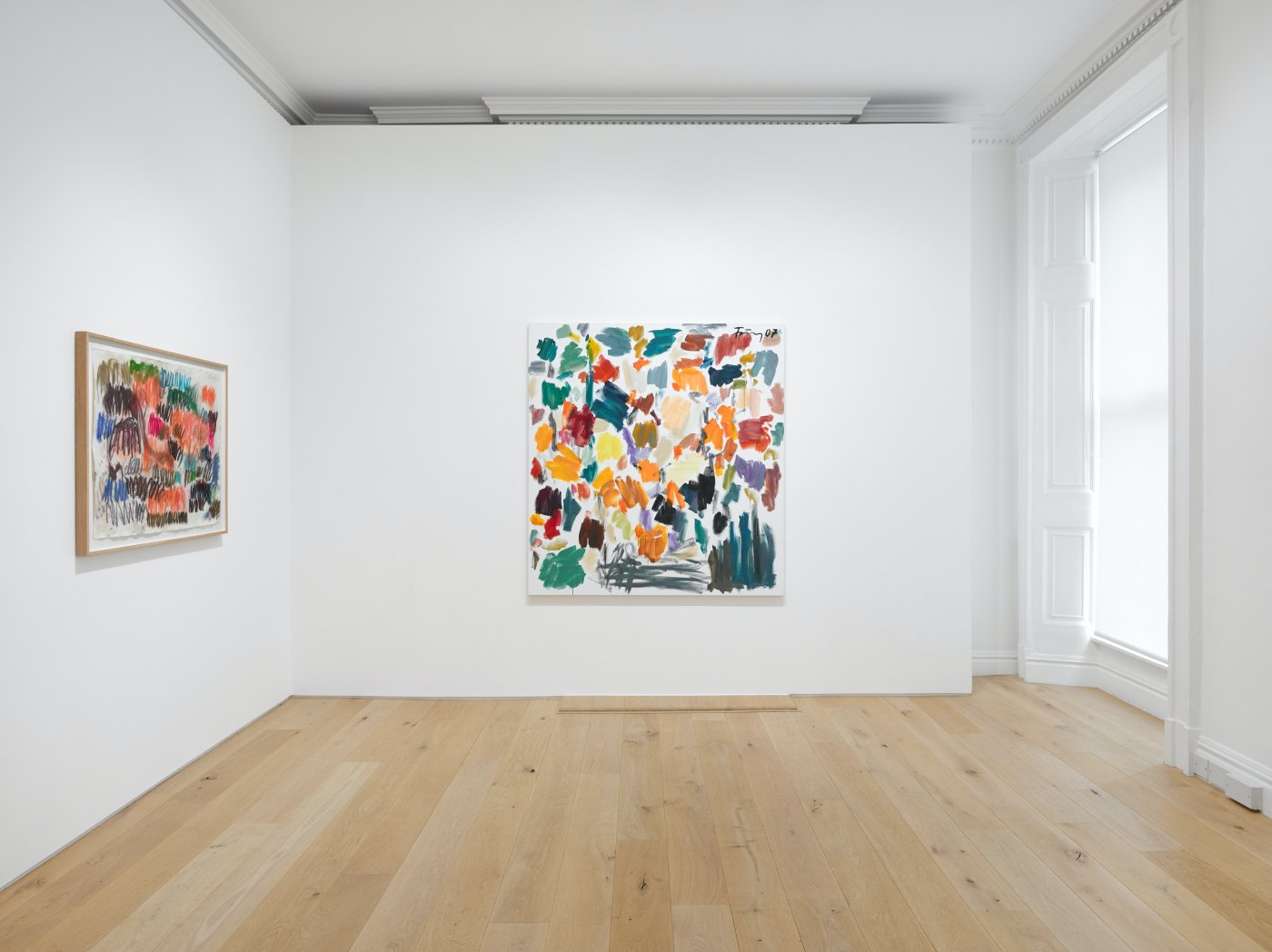 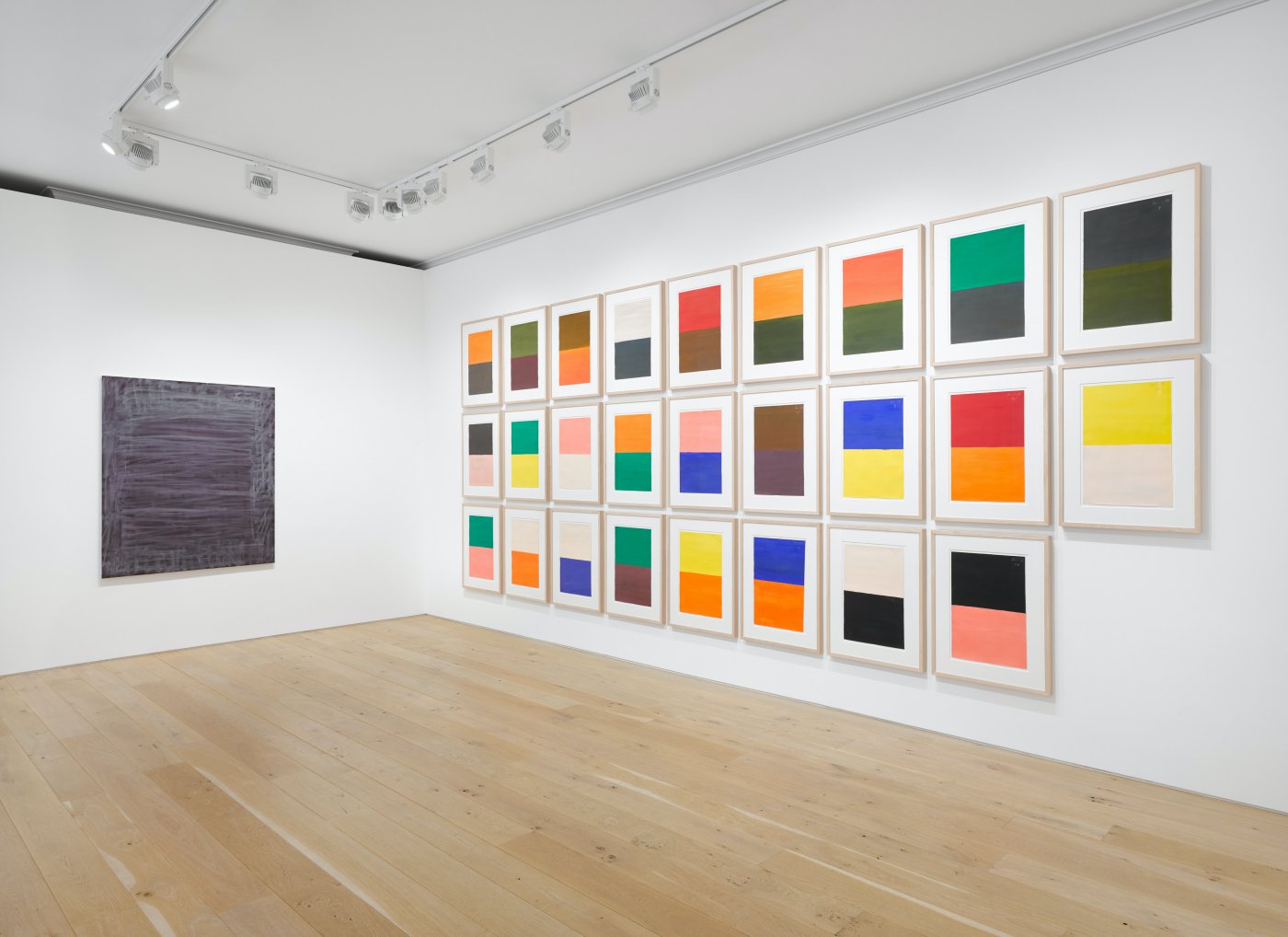 Exemplary of Förg’s late “Tupfenbilder” (Spot Paintings) series, the vibrant dabs and dashes of Untitled, 2007, reveal the artist’s conceptual approach to painting. The seemingly spontaneous gestural markings appear to float on a white ground, despite underlying a precise composition and calculated balance. The joyful effect of restless colour is also present in two works from Förg’s Aller Retour series, dating from 2008. Reminiscent of an artist’s palette and Impressionist landscapes, these polychromatic works contain a sensuality that Förg deemed necessary to a successful painting.

Alongside works from the Spot series, the exhibition presents two “Gitterbilder” (Grid Paintings), in which netted brushstrokes regroup to form larger, weightless grids. An icon of Modernist abstraction, the grid reappears freed from artistic dogmas in Förg’s practice, whilst also probing the line between abstraction and figuration.

Referencing a range of luminary figures from artists Mark Rothko and Barnett Newman to the modernist architect Le Corbusier, Untitled, 1990, is another work firmly rooted in the history of painterly abstraction. Comprised of 26 identically sized sheets arranged to form a nearly complete grid, the work is an atmospheric experiment in colour field theory. Each sheet is dissected horizontally and displays an encounter between two areas of pigment, which are in turn characterised by varying degrees of opacity. Inducing one’s gaze to jump from one chromatic area to the other, the different tonalities endow the work with a sheer musical quality.

This symphony of colours is balanced out by a selection of Förg’s Grey Paintings. First executed in 1973, the series marked the beginning of a three-year endeavour in which Förg painted one canvas in monochrome grey every week. This experimentation with the colour grey and its various properties remained a constant in Günther Förg’s work. Distinguished by a high textural quality, the works foreground the tactile presence of the brushstroke and pictorial intimacy which is central to Förg’s work.

Galerie Max Hetzler would like to thank the Estate Günther Förg and Michael Neff for their kind support.