Hauser & Wirth presents the first solo exhibition of Günther Förg (1952 – 2013) in Los Angeles. On view in the South Gallery, the exhibition focuses on two generations of Förg’s ‘Gitterbilder’ (Grid Paintings) and marks the return of one of the most significant German artists of the postwar generation to California after nearly thirty years. The formal conversation at play in the exhibition foregrounds Förg’s deep art historical roots while celebrating his distinctively sensuous approach to gestural abstraction—a hallmark of his multifaceted five-decade career. 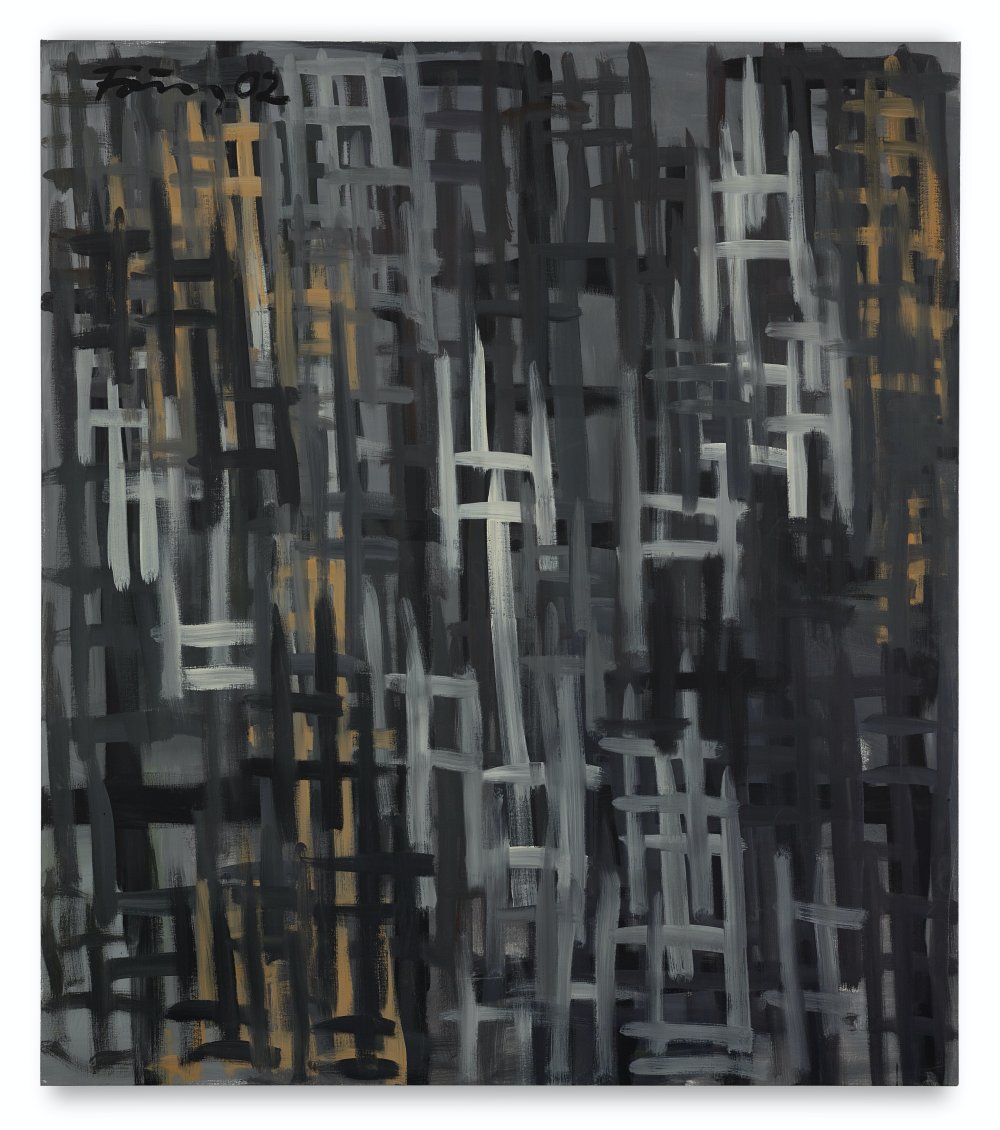 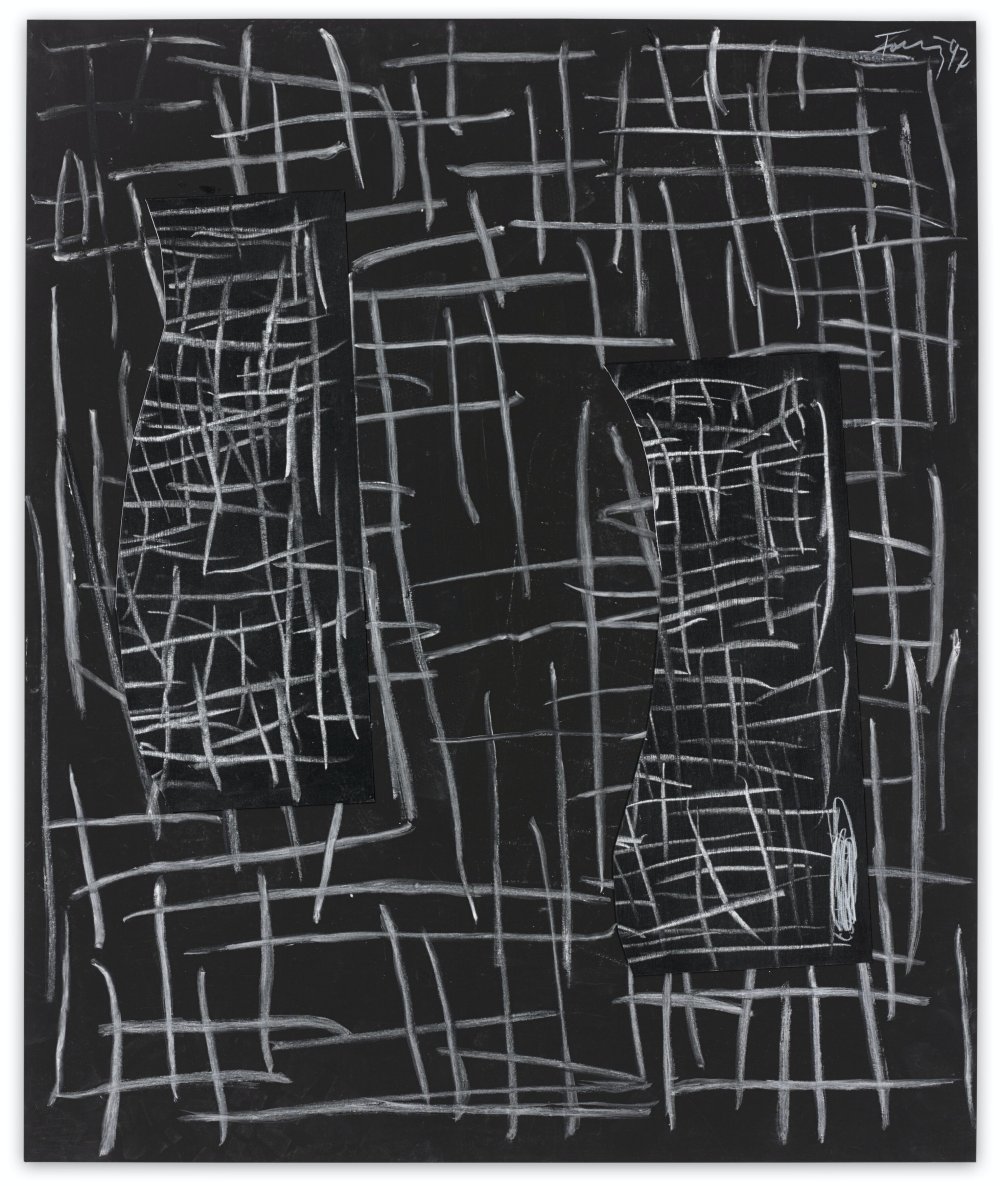 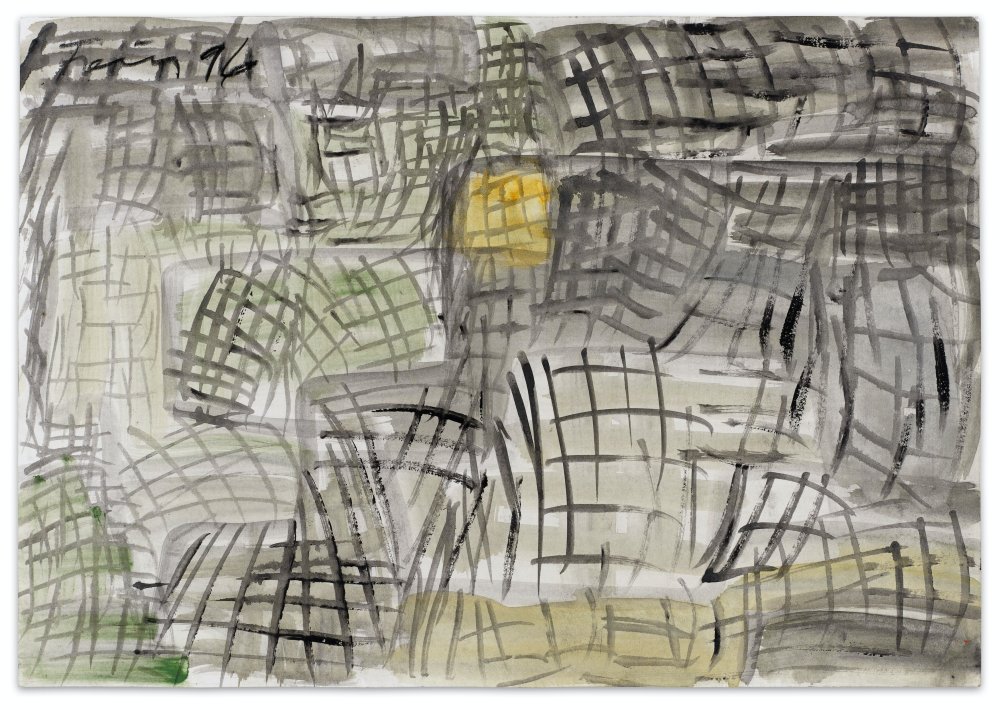 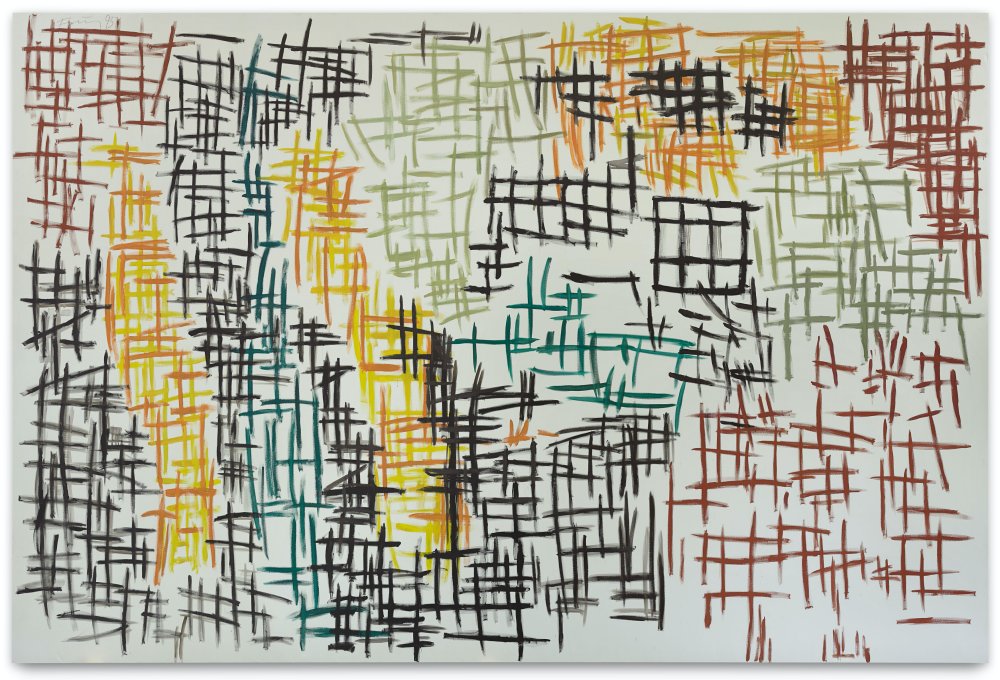 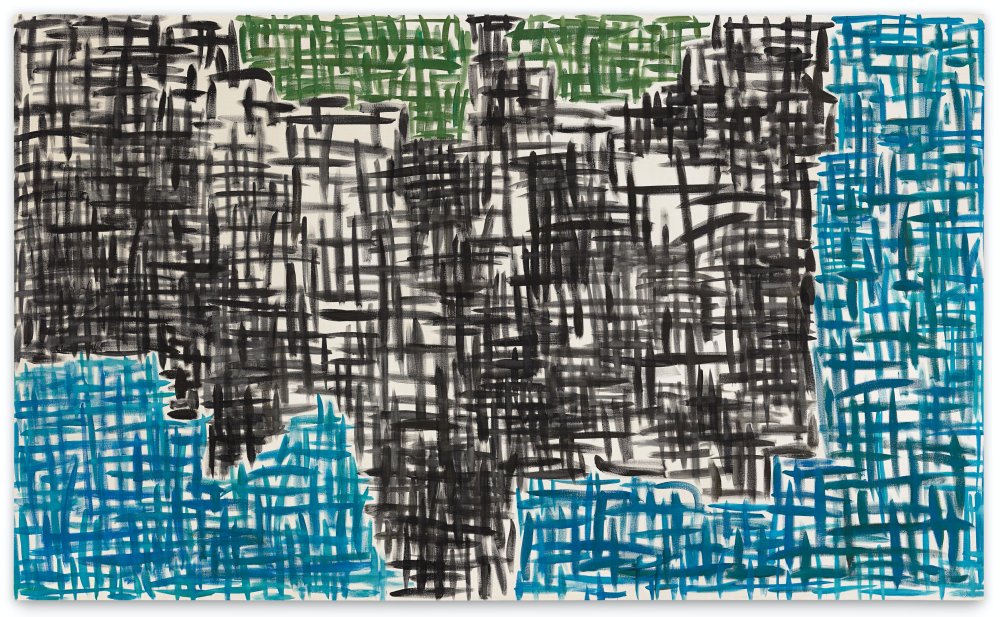 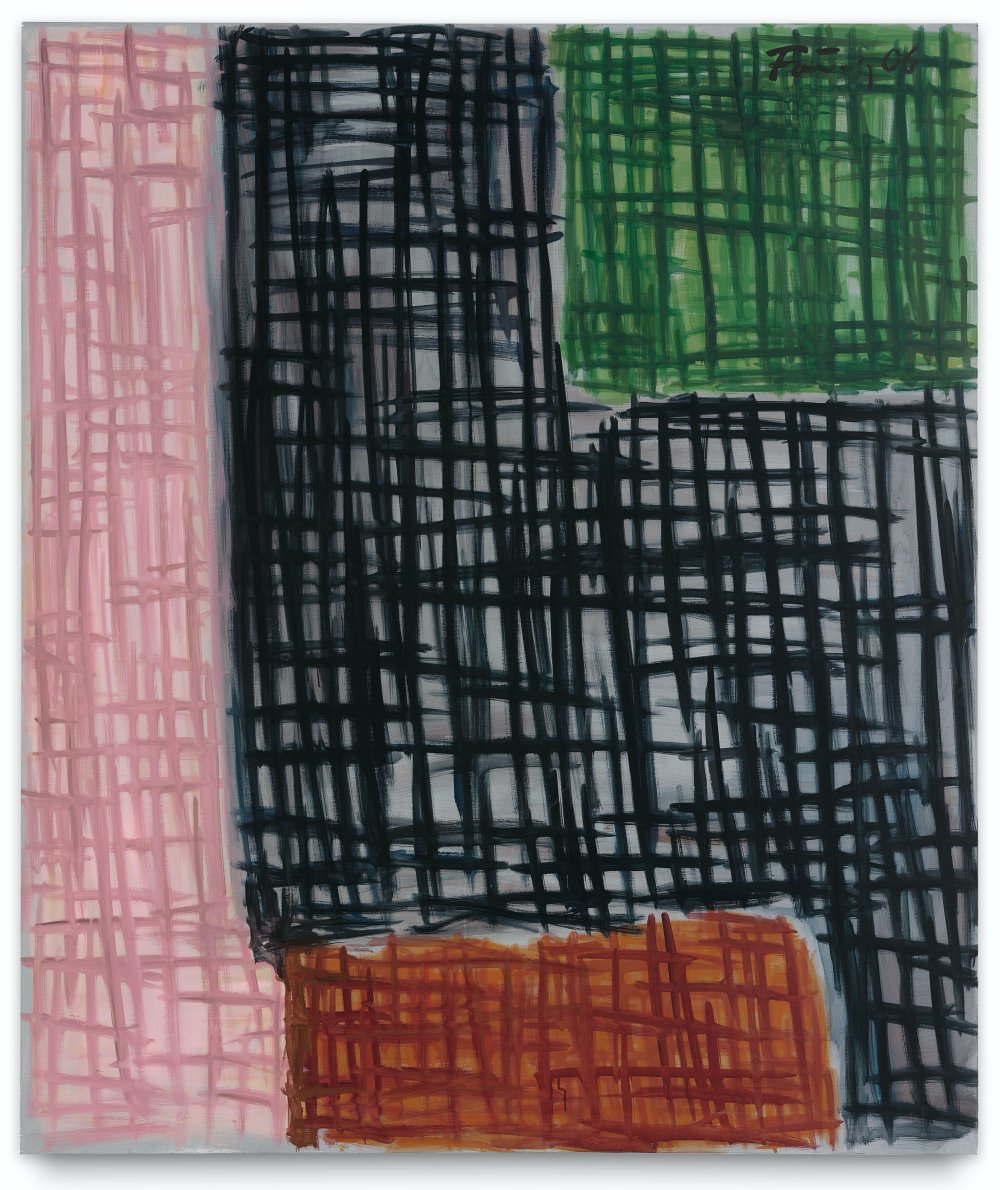 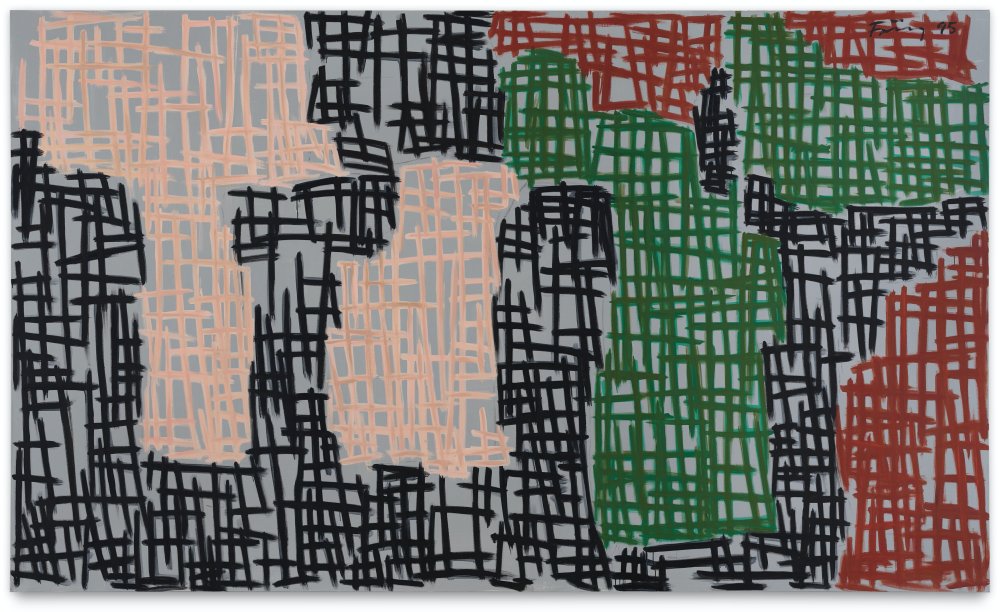 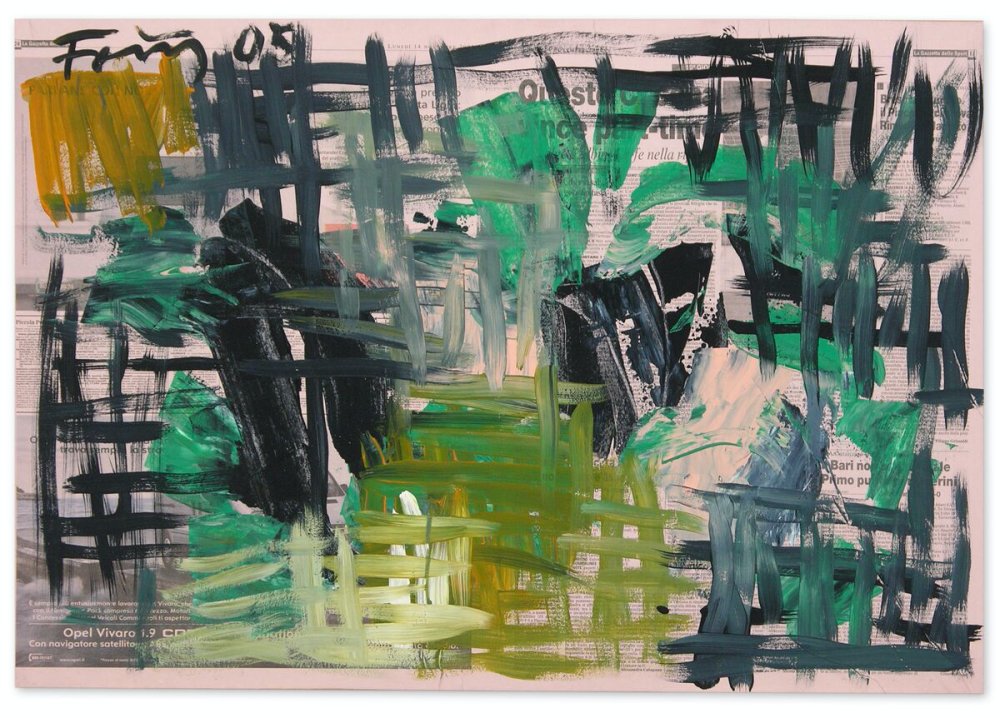 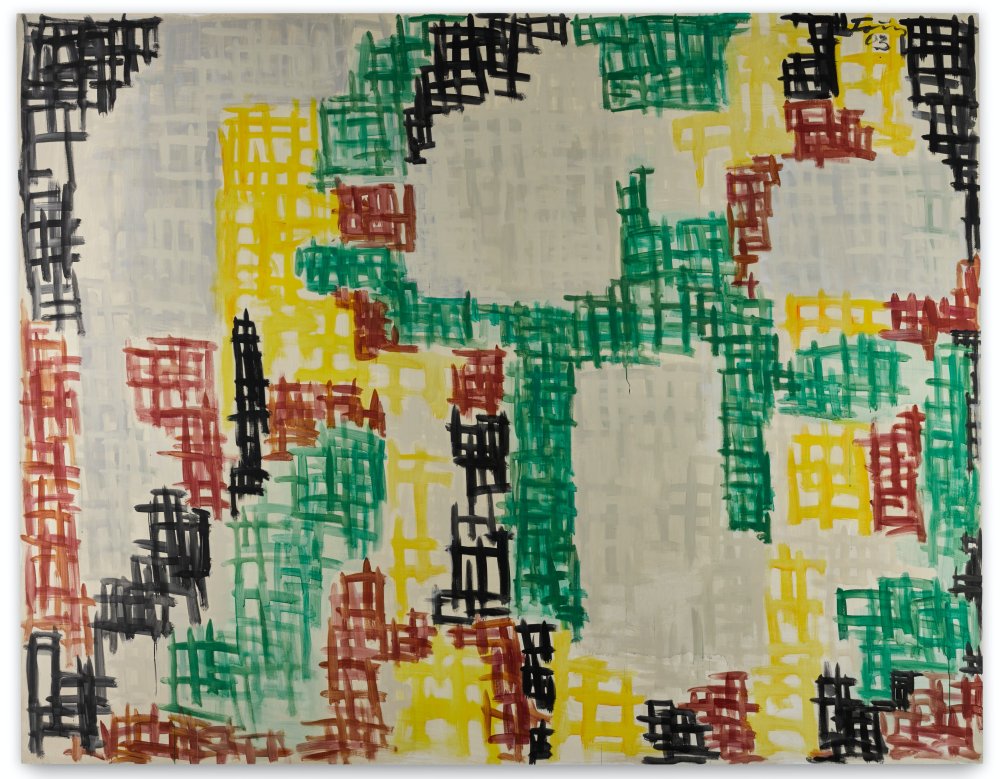 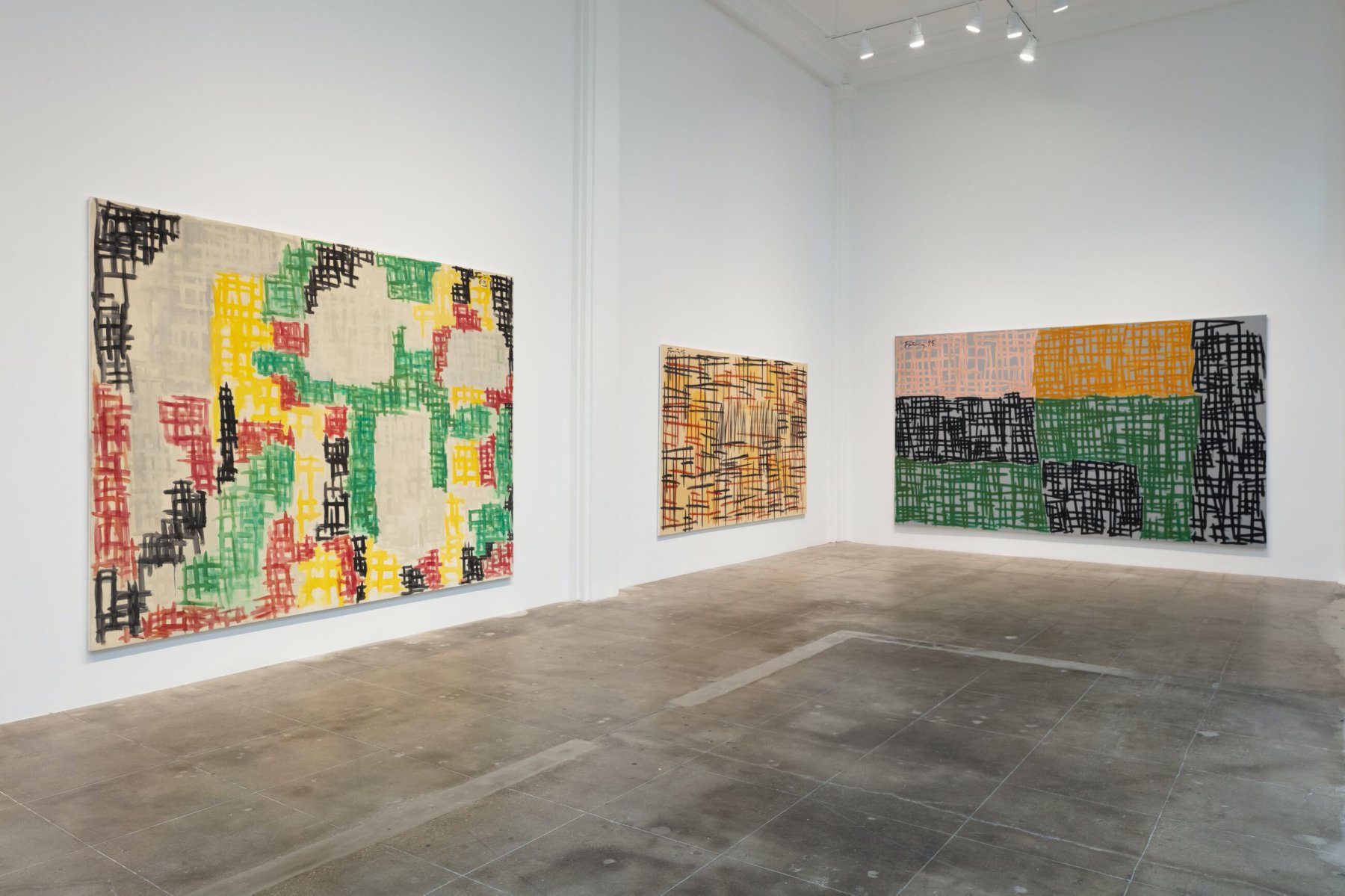 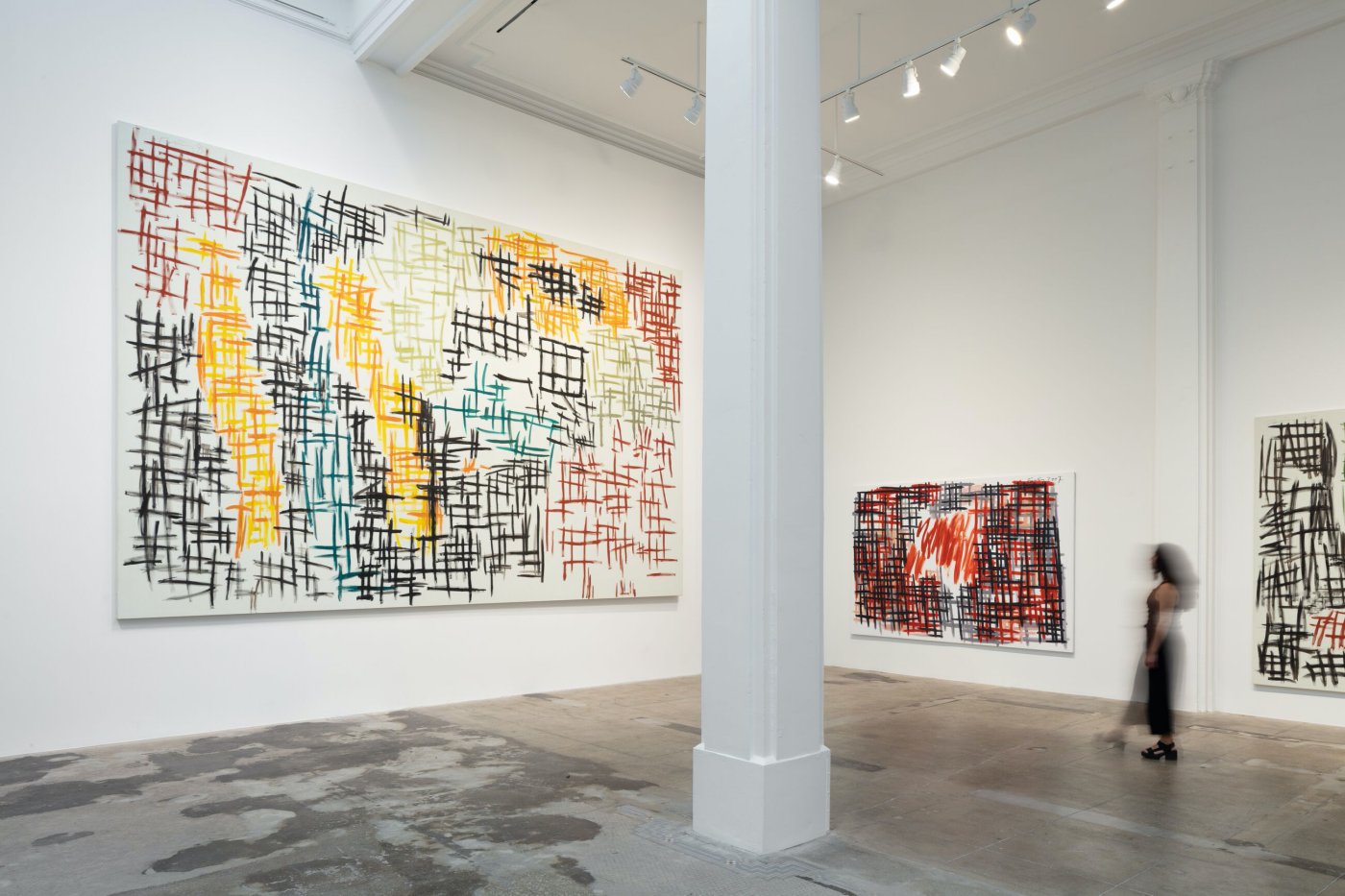 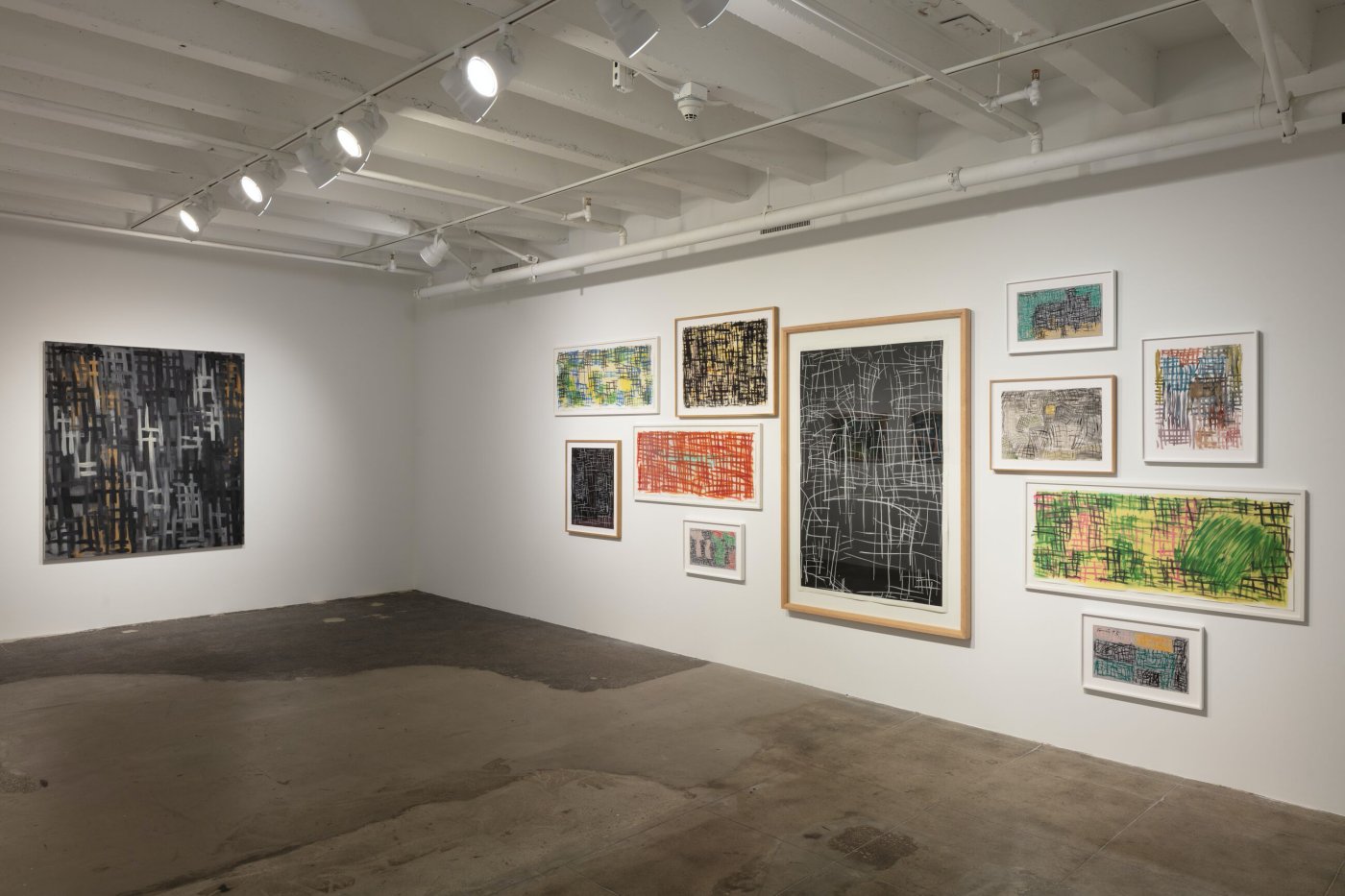 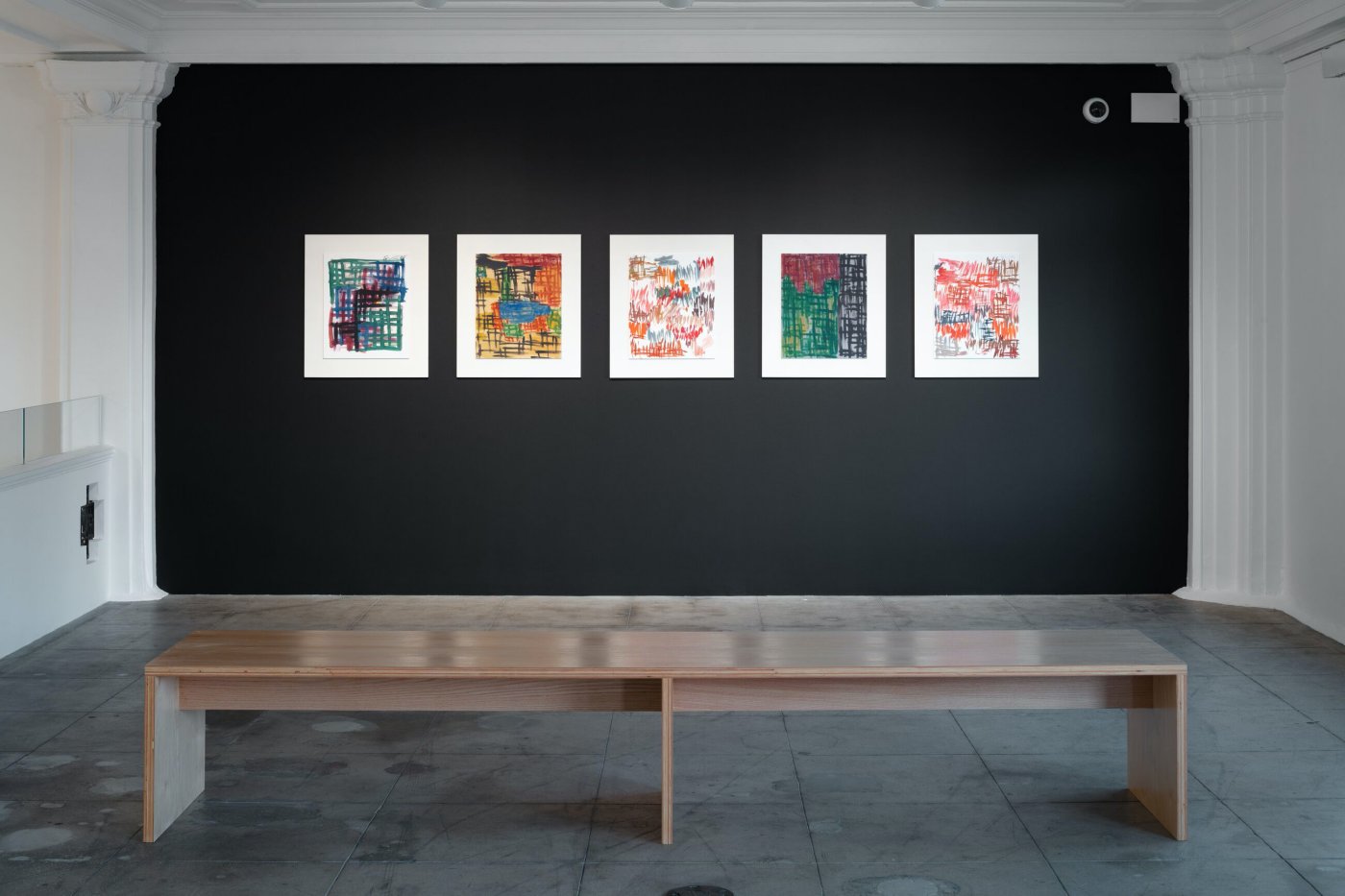 Having pioneered a visual language that simultaneously exemplifies and subverts the tenants of modernism, Förg’s prolific body of work ranges from painting and drawing to sculpture and photography, sidestepping easy categorization by candidly appropriating and re-imagining canonical art historical references, such as the work of Barnett Newman, Mark Rothko, Cy Twombly, Edvard Munch and many others.

About the Exhibition
‘Appearance’ celebrates Förg’s longtime experimentation with painting through a focused presentation of his Grid Paintings that highlights the scope and evolution of this iconic series.

At the end of the 1980’s Förg developed an interest in the work and life of Edvard Munch. After meeting the Norwegian Munch specialist Per Bjarne Boym in the early 1990’s Förg’s interest was fueled once again. As a result of this experience Förg began making his first Grid Paintings. His attention was not drawn to Munch’s captivating figures as one might expect, but rather to Munch’s treatment of non-figural elements and flat areas of color. When comparing Munch’s ‘Death of Marat’ (1907) with Förg’s work in this exhibition, an unequivocal correspondence can be observed between these two artists as evidenced by their painterly treatment of the canvas, their layered lines of like colors, and the unorthodox way in which they threaten to dissolve distinctions between negative and positive space. In 1994, Förg and Rudi Fuchs, Director of the Stedelijk Museum discussed Förg’s first unveiling of the Grid Paintings at the museum. Förg expressed his desire to push his painting practice to the next level and resist the temptation to get stuck with the success of his earlier series such as lead paintings and colorfield works. It was at this point he commented: ‘Das Ding noch einmal möglich machen’, translated to: ‘Make the thing possible all over again’.

‘Untitled’ (1995), Förg’s largest work from the ‘Gitterbilder’ series, takes center stage in the exhibition and serves as a prime example not only of his correspondence with Munch, but of his incisive challenge to modernist techniques and principles. Spanning nearly thirteen by twenty feet and enveloping viewers in its totalizing presence, this painting features clusters of ochre, sage, rust, and charcoal cross-hatchings on a neutral gray-toned background. Though reminiscent, in color and style, of Brice Marden’s organic line paintings and Twombly’s gestural vocabulary, ‘Untitled’ eschews the underlying significances of the very aesthetic that it employs. While Marden, Twombly, and their contemporaries invoked abstraction in an effort to produce a sublime or transcendent experience, Förg doubted such lofty claims to material purity and formal perfection, and instead emphasized the physical, tactile, sensual properties of his medium and its ability to create a raw, intentionally adulterated surface.

While some of the first Grid Paintings referred to specific works by Munch, those produced later use crosshatching in a more free-flowing and unrestricted manner. ‘Untitled’ (2007), for example, is distinguished by its loose strokes of gray and red with bursts of green, brown and black that form a haphazard grid. This somewhat playful tactic echoes Förg’s drive to explore an idea rather than manifest an ideal. He has reflected on his practice and the textured canvases that result, saying: ‘In the grid paintings you often don’t get a brush stroke, the surface is scratched into or you don’t get a sense of the mark starting or finishing on the canvas so it sets up a different kind of surface. I think it is important to do these breaks when the time is right.’ Förg’s late grid paintings slowly morphed into the Spot Paintings, the artist’s last series before he was taken ill. In these works Förg started placing the grids upon lighter grounds of the same or similar hues, a technique that would become seminal for the artist’s final series.

Having routinely crossed disciplines with an eye for challenging the boundaries traditionally established between them, Förg’s multifaceted approach to art-making manifests within the two-dimensional works on view via subtle allusions to structures and spaces beyond the picture plane. The resultant hints of a building, a window, or a landscape speak to the artist’s fascination with architecture—which permeated all aspects of his oeuvre from painting and sculpture to photography—and reflect his unique relationship to modernism: simultaneously exposing and embracing its veiled attempts at creating spatial illusions and referential imagery.

Despite employing some of the classic tropes of abstraction, expressionism, and modern art more broadly, Förg’s Grid Paintings invoke the attitudes and techniques of these movements at a critical remove from the aim of the artists who championed them. Förg’s work prompts a consideration of the most essential characteristics of art—color, form, and space—by way of their own subversion.