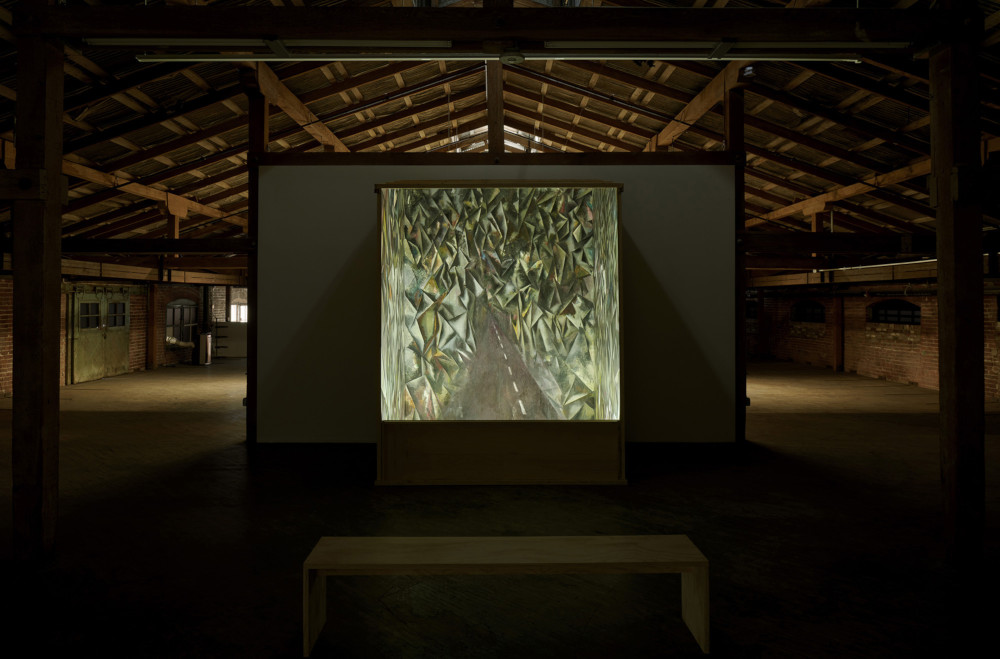 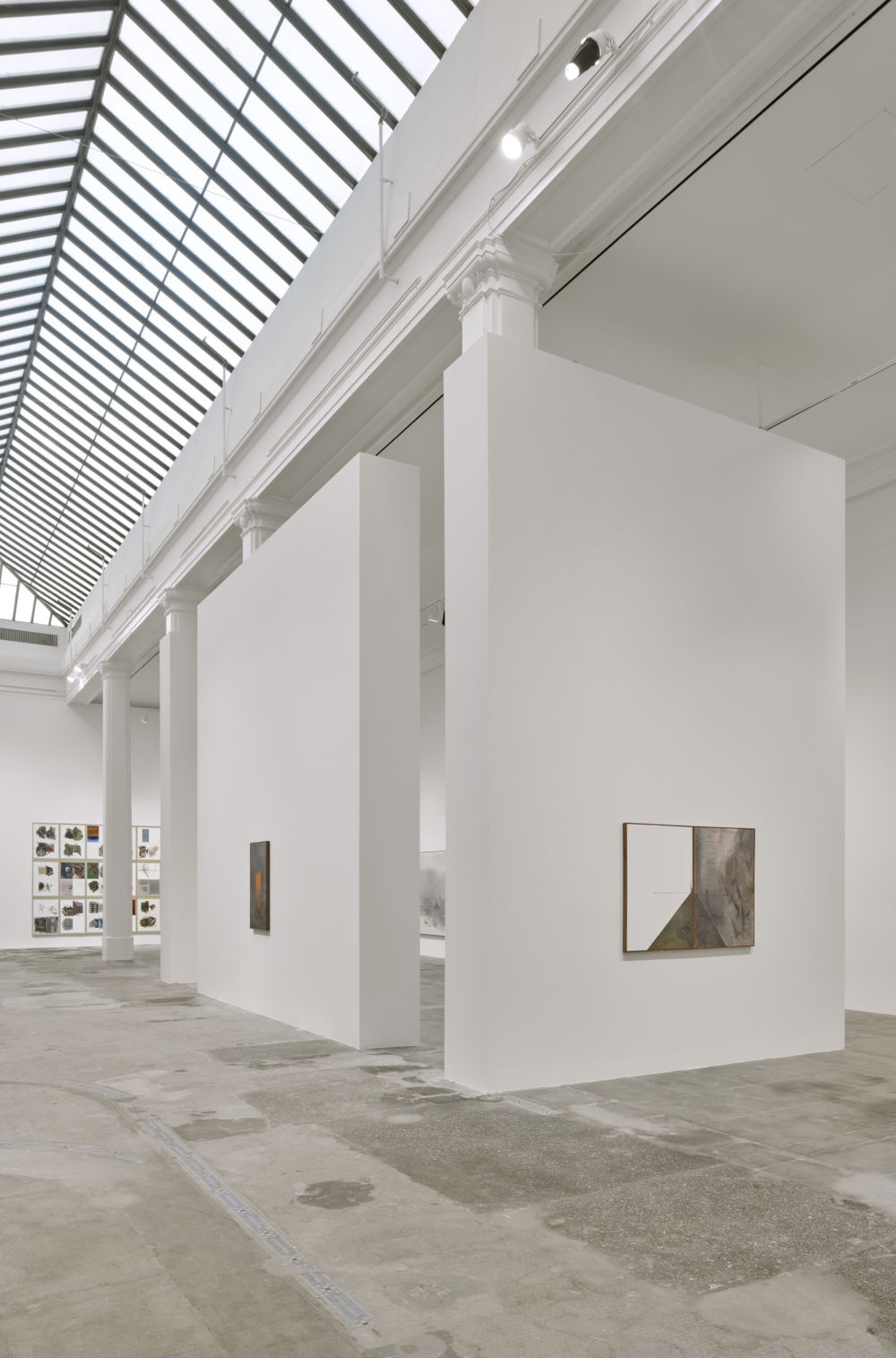 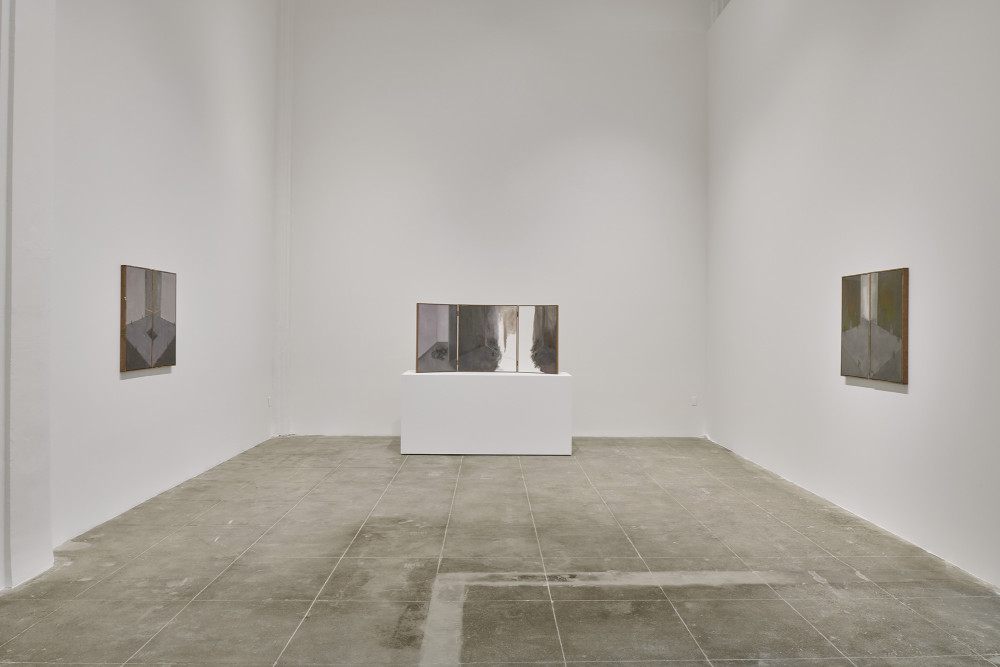 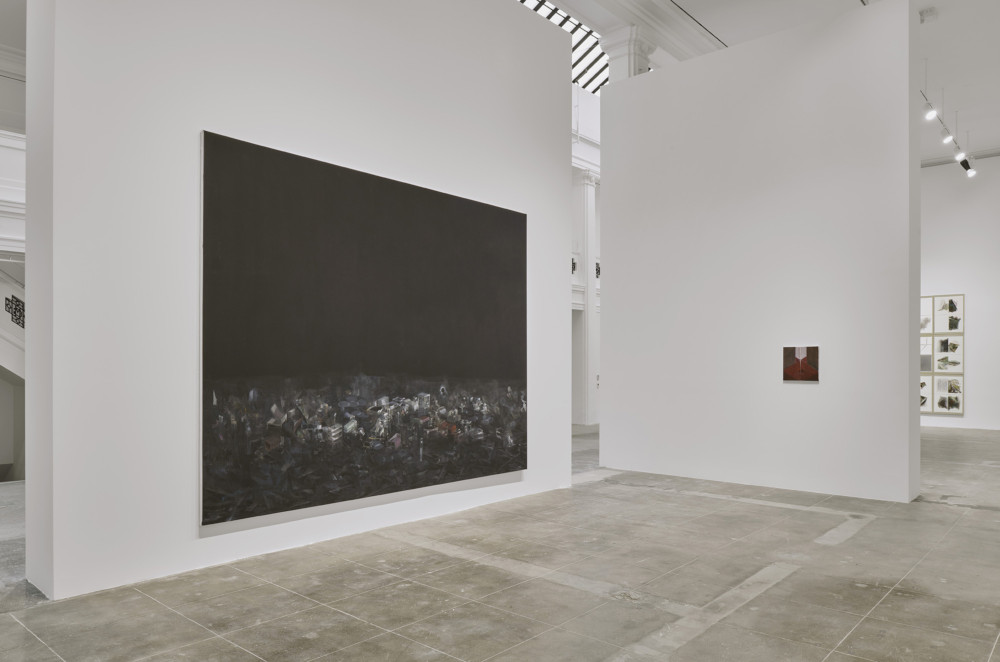 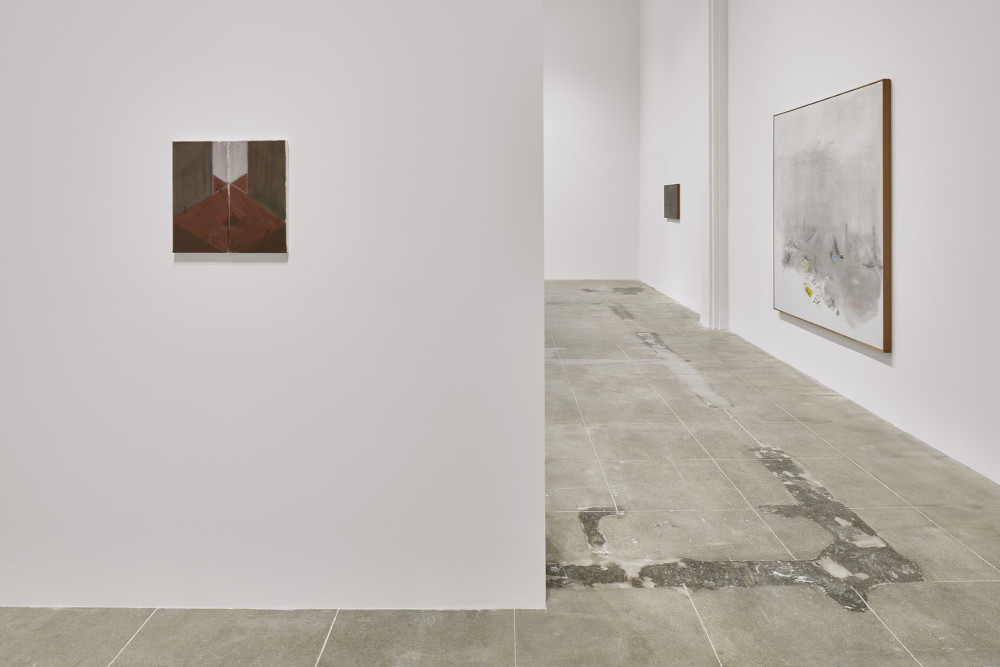 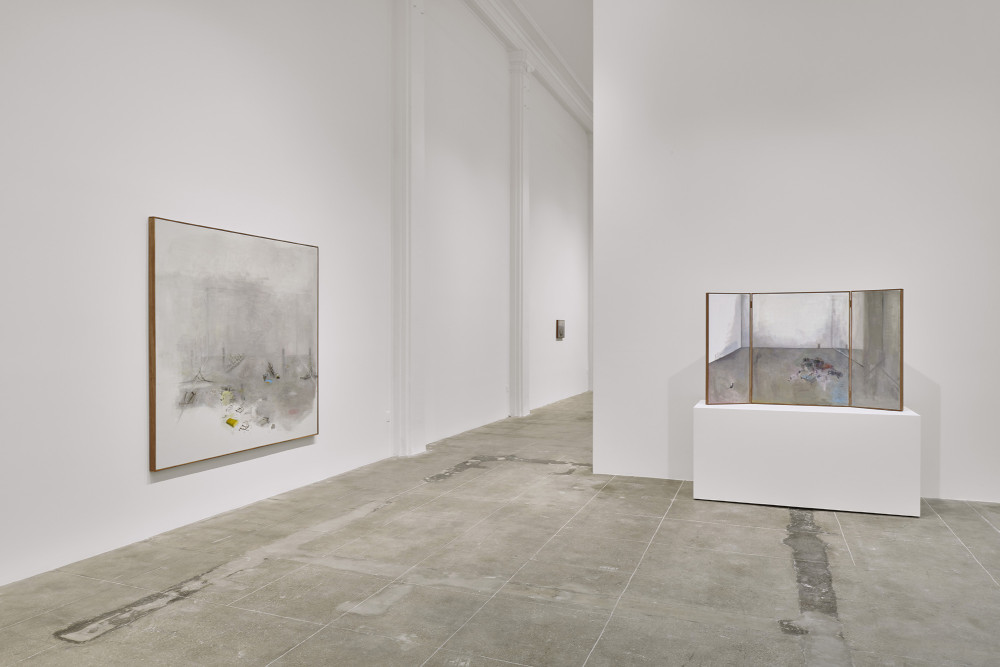 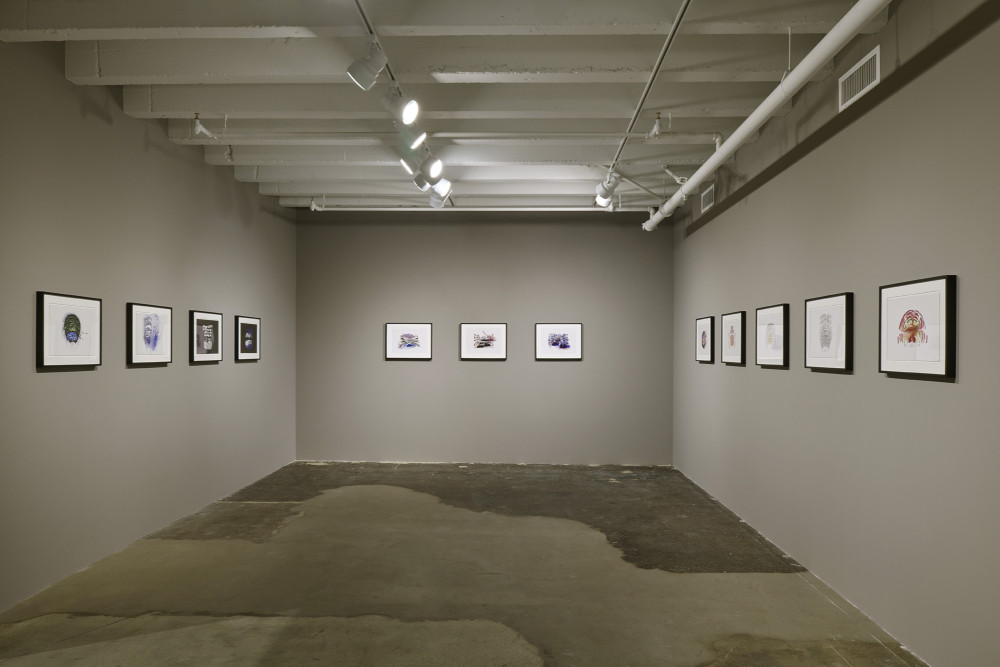 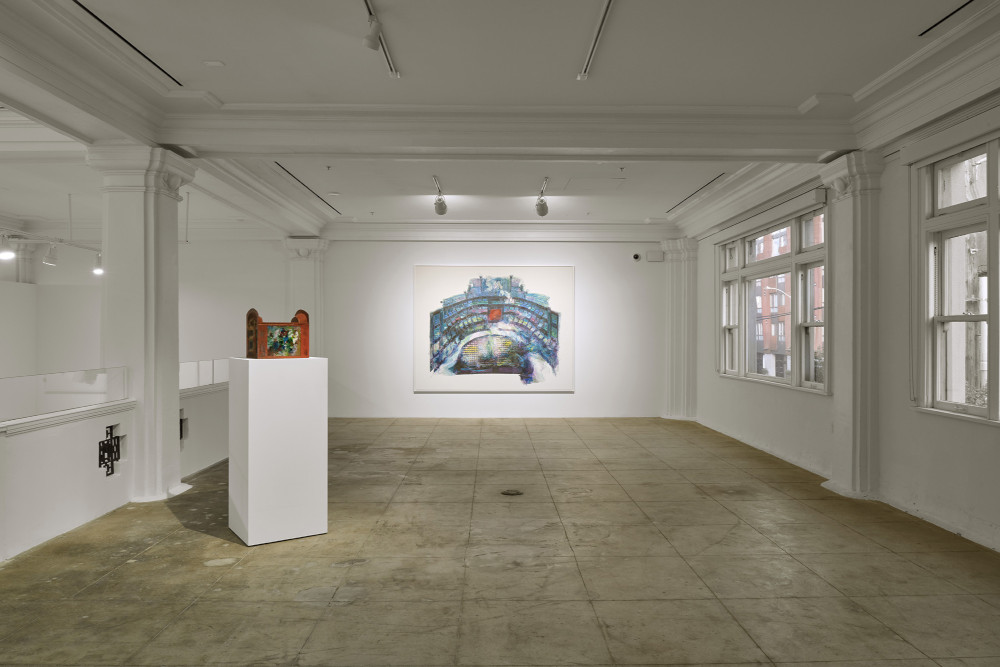 Evoking the complex geometries and layered information of architectural plans and cartographic maps, Kuitca’s theatrical paintings explore themes of dislocation. Presented in the South Gallery, this exhibition will debut two new series rendered with the artist’s distinctive melding of abstraction and figuration: ‘The Family Idiot’ draws from Jean-Paul Sartre’s three-volume study of Gustave Flaubert, while the 18-part wall piece ‘Missing Pages’ evokes the physical process of book printing, specifically the unexpected combinations of images that ensue during pagination.

The exhibition will also include new Theater pieces that build upon Kuitca’s long-standing involvement with the dramatic arts through an idiosyncratic integration of architectural features in two-dimensional space.

Since representing Argentina in the 2007 Venice Biennale, Kuitca has engaged in a unique cubistoid style through which he merges the Cubist tendencies of Picasso and Braque with his own abstract vocabulary that evokes isolation and detachment. While this style has dominated Kuitca’s output over the past dozen years, the new works on view at Hauser & Wirth find weaving fresh elements of figuration into his favored themes of domestic space, theater, and literature. Here, Kuitca is forgoing his solely cubistoid meditations to reorient recognizable symbols – a chair, a door, a mirror, a figure – in nonpictorial settings. The results disrupt the viewer’s sense of certainty and, in turn, the temptation to take for granted what is real in the world around us.

‘Retablo’ (2016), the sole sculptural work on view, imbues Kuitca’s signature geometric abstractions with spiritual undertones. Lit from within, this small, inaccessible, altar-like cove is ornamented by a panel painting covered with rhythmic slashes. Kuitca’s thicket of painterly marks is interrupted only by a perspectival road extending into the depths of the picture plane – an imaginary path leading to an unknowable realm.

Kuitca’s fascination with imaginary spaces relates to his long-standing engagement with theater and literature. Based upon Jean-Paul Sartre’s three-volume opus ‘The Family Idiot,’ one of the two new series on view takes as its departure point the novel’s core existential question: ‘What at this point in time can we know about a man?’ One of the paintings in this series depicts an unplugged microphone and dim spotlight illuminating an empty expanse, suggesting unanswered questions about authorship, identity, and voicelessness.

Kuitca’s paintings collapse, mirror, and fracture the architectural structures and spaces they depict, placing the viewer in spatial and temporal limbo. They resist traditional distinctions between real and illusory space, and perspectival orientation. They do, however, employ a recurring set of motifs that the artist has used since the 1980s. Beds often serve as a sort of stage, suggesting notions of family and the domestic sphere, as seen in ‘The Family Idiot (Sleeper in the mirror)’ (2019); empty chairs provide a distinct feeling of alienation and disintegration, exemplified by those in ‘The Family Idiot’ (2019) diptych; and the appearance of mirrored walls, such as in ‘The Family Idiot’ (2019) triptych, confound distinctions between proximity and distance. Conspicuously absent in many of these paintings is the human figure, yet inconspicuous are the various trap doors, architectural discontinuities, and murky clusters of indiscernible objects – as seen in the monumental ‘Double Eclipse’ (2013) – that suggest human presence and reveal themselves upon prolonged looking.

Observing that ‘diagrams are neither abstraction nor successful representation,’ Kuitca employs them to evoke spatial experience in his Theater series. The intimately scaled mixed media works on view draw upon seating maps from theaters around the world, including the Staples Center and the Hollywood Bowl in Los Angeles. By modifying found diagrams, Kuitca highlights the universality of illustrative signifiers while undermining their legibility through mixed media.

Another new body of work titled ‘Missing Pages’ (2018) distills Kuitca’s complex visual vocabulary down to its essential elements. The artist’s various preferred motifs appear in an eighteen-canvas grid, which takes its structure from the layout of a printer’s proof. Inspired by the disrupted pagination that ensues from producing such a proof, each page is thrown into a new context that opens the door to fresh interpretations. The process by which ‘Missing Pages’ was created exemplifies but one of the many ways in which Kuitca routinely challenges the time-honored tropes of his medium, effectively devising a new kind of image that is simultaneously representational yet non-mimetic.