Semiose presents a solo exhibition by the artist Guillaume Dégé in the Project Room of the gallery on the occasion of the publication of his monograph A Mustard Seed published by Semiose editions this fall. 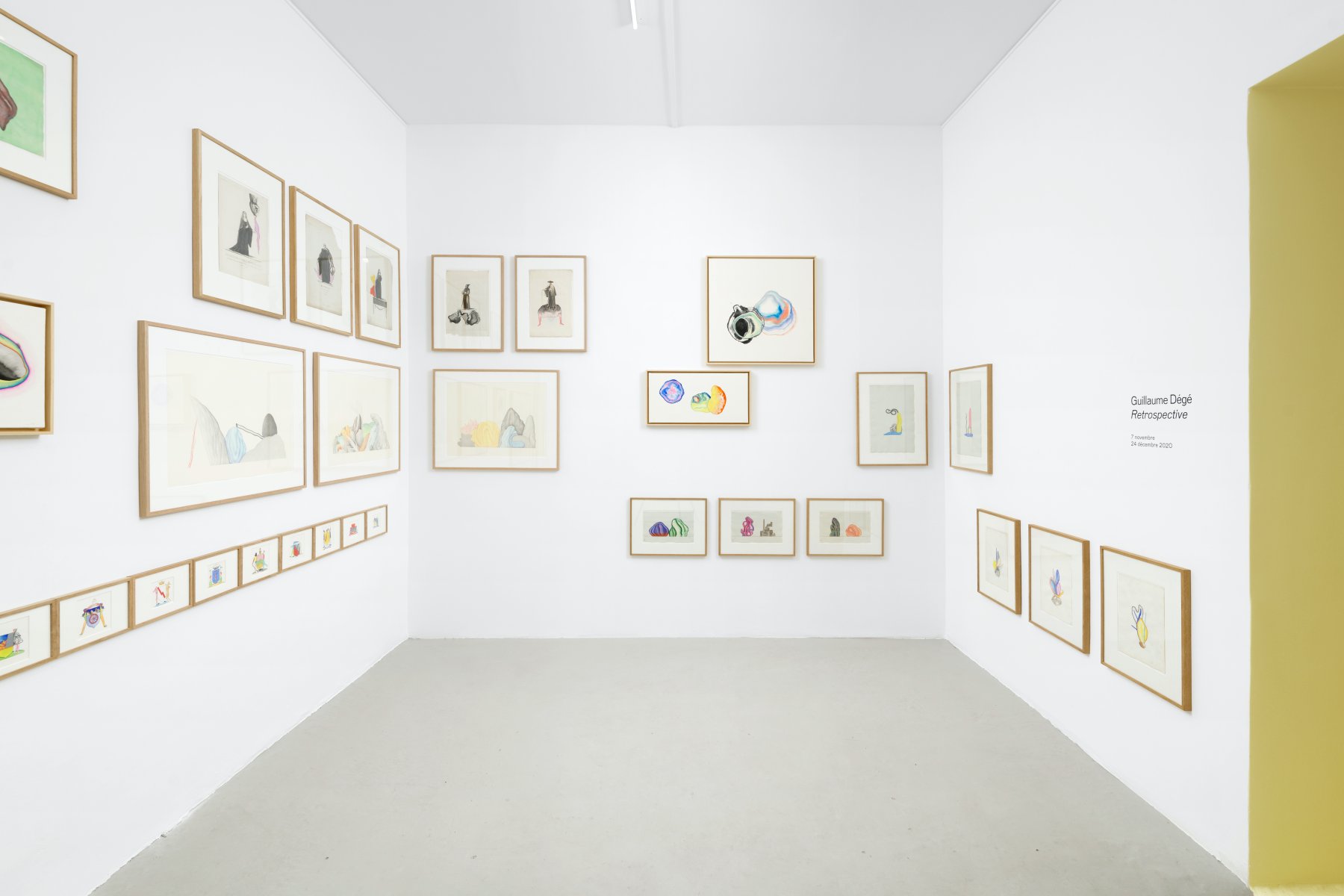 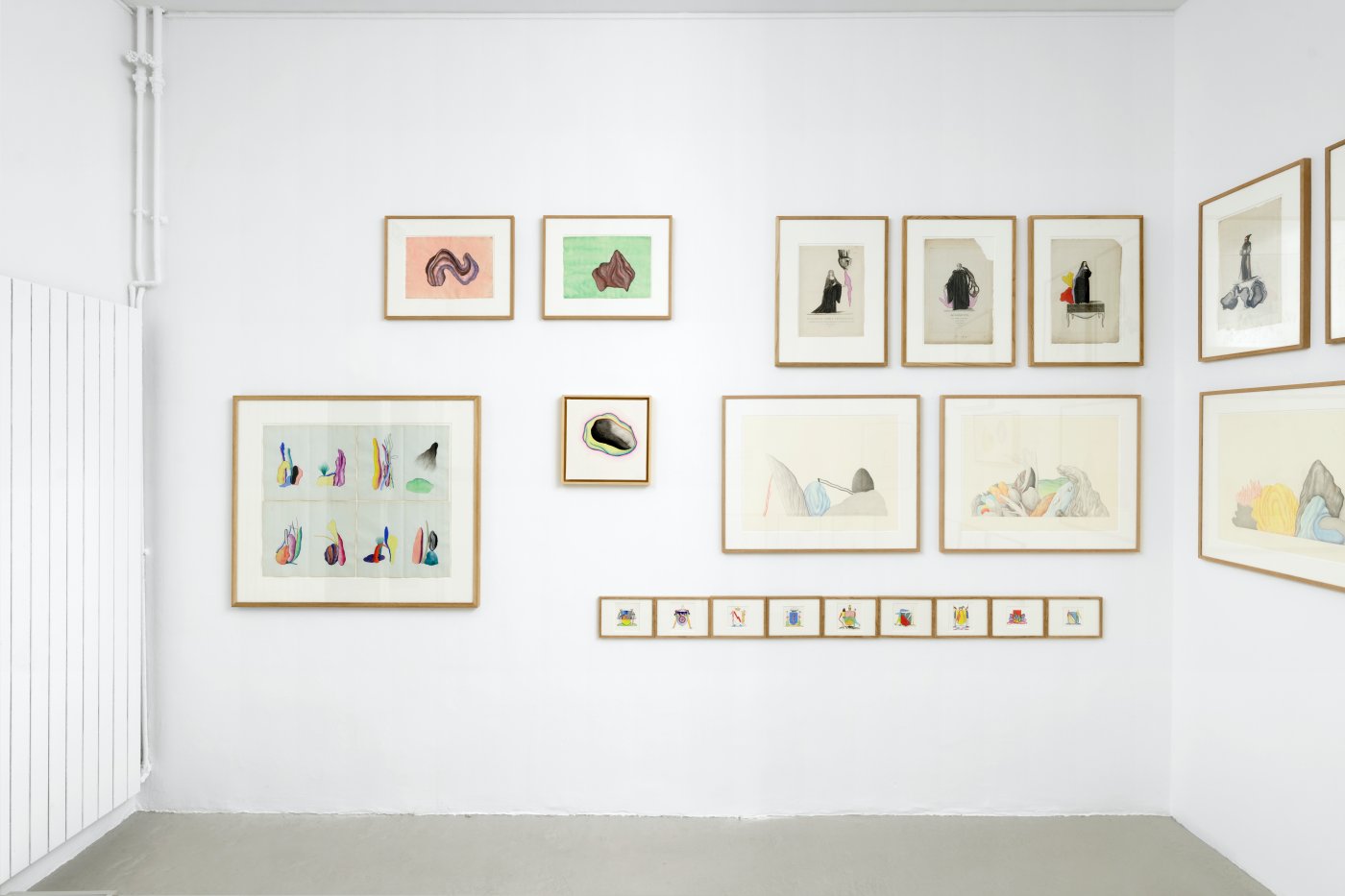 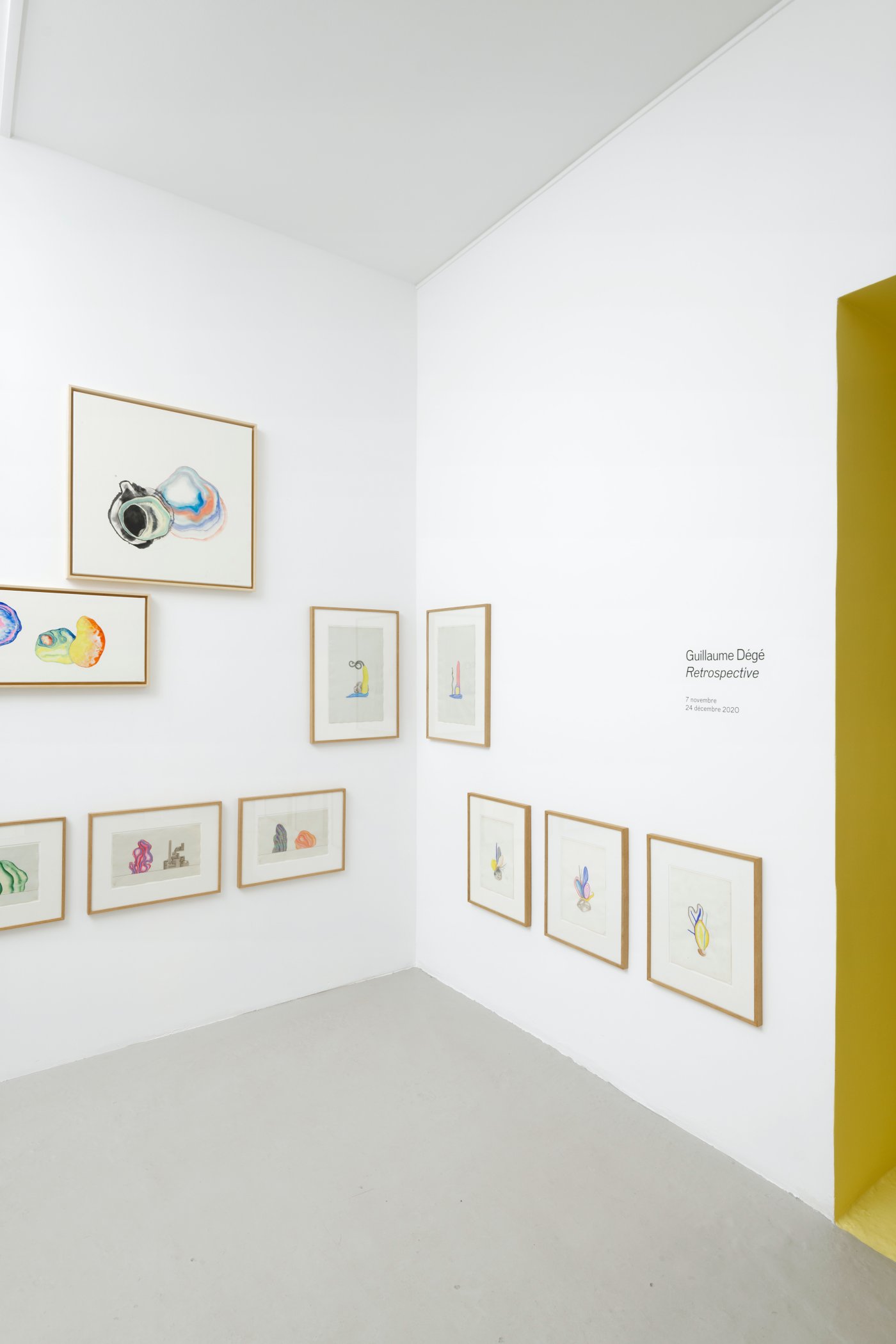 “Guillaume Dégé’s drawn work seems to have neither beginning nor end; so much so that the imagination he deploys in its creation appears boundless. Nor does it seem to originate from one particular epoch, but rather from all at once. This state of affairs stems from the artist’s way of working. […] The means he employs are simple (watercolor, colored pencils and/or gouache), chosen after a great deal of thought before executing the work, and his utilization of effects moderate, the only sign of exuberance being his parsimonious use of acidic colors. In fact, nothing would do his drawing more disservice than the overabundant employment of effects: the bringing together of two elements, rarely more, is sufficiently fertile and powerful to make any other detail seem anecdotal. It is through the use of one image that Guillaume Dégé creates another, as if he were unfolding the world’s memories through its previous representations. There is no nostalgia for the illustrations of yesteryear, nor the desire to inject meaning into a society where there is an over-production and excessive consumption of images. In his own corner, the artist playfully dabbles with beings, things and situations, a mischievous smile on his face.

[…] In the field of illustration, he has stuck to his principles of economy in his use of the page and in his graphic work. His clarity of thought and the purity of his lines are immediately apparent on the paper. There is however, no more use of text. The vast reserve of space surrounding the drawing could give the impression that the motif is going to by exported into an environment that will lend it more meaning and value, but of course this isn’t going to happen. There are no pages to turn either. The drawing can finally be alone. It thrives, majestically positioned on its background, no longer subject to the inevitability of reproduction.

[…] Going through these drawings, a repertoire of organic forms begins to emerge: fauna, flora and human organs, all represented by soft and supple translucent shapes, with gently suggested volume and sometimes a finely woven effect—like the cross-hatching in an etching—, drawings that seem to flow from a hand that draws almost on its own. […] This lexicon of forms, perhaps that of someone who professes not to be able to draw and which is based around familiar motifs, which come easily like the words of a language he has invented himself, acts as a link between the drawings. It is sometimes the object of drawing itself. For example, it becomes a watercolor landscape, with lined sheets of paper (from an accounts book?) forming the horizon, already creating a narrative. Other, even more pared down drawings in colored pencil, because the support no longer offers a workable surface, affirm the autonomy of these forms, which had already been summed up on inventory sheets in 2013, like a collection of dried plants. Their recurrence, intimacy and malleability allow Guillaume Dégé’s drawing to have something to say, even when all resources have been exhausted.”

Laurence Schmidlin is an art historian specializing in the fields of drawing and prints and has been the curator of the Musée Cantonal des Beaux-arts de Lausanne in Switzerland since 2017. She has curated this year the exhibitions “Kiki Smith. Hearing You With My Eyes” and “Jorge Macci. La Cathédrale Engloutie”. Between 2013-2017, she was the Assistant Director of the Musée Jenisch Vevey and curator of the Cabinet Cantonal des Estampes in Vevey (CH), where she notably organized the exhibitions “David Hominal” and “La Passion Dürer.” She has authored a number of works including Spacescapes—Danse & Dessin depuis 1962 (JPR Ringier, 2017) with Sarah Burkhalter, a collective work that combined unpublished essays and interviews on the subject of the specific interaction between dance and drawing, and Le Compliment d’Objets (Collection “ShushLarry”, art&fiction editions, Lausanne, 2018) a fictional work that explores the passion for art and collecting. The publication of her doctoral thesis from 2016, “La spatialisation du dessin dans l’art américain des années 1960 et 1970” has been released in December 2019.