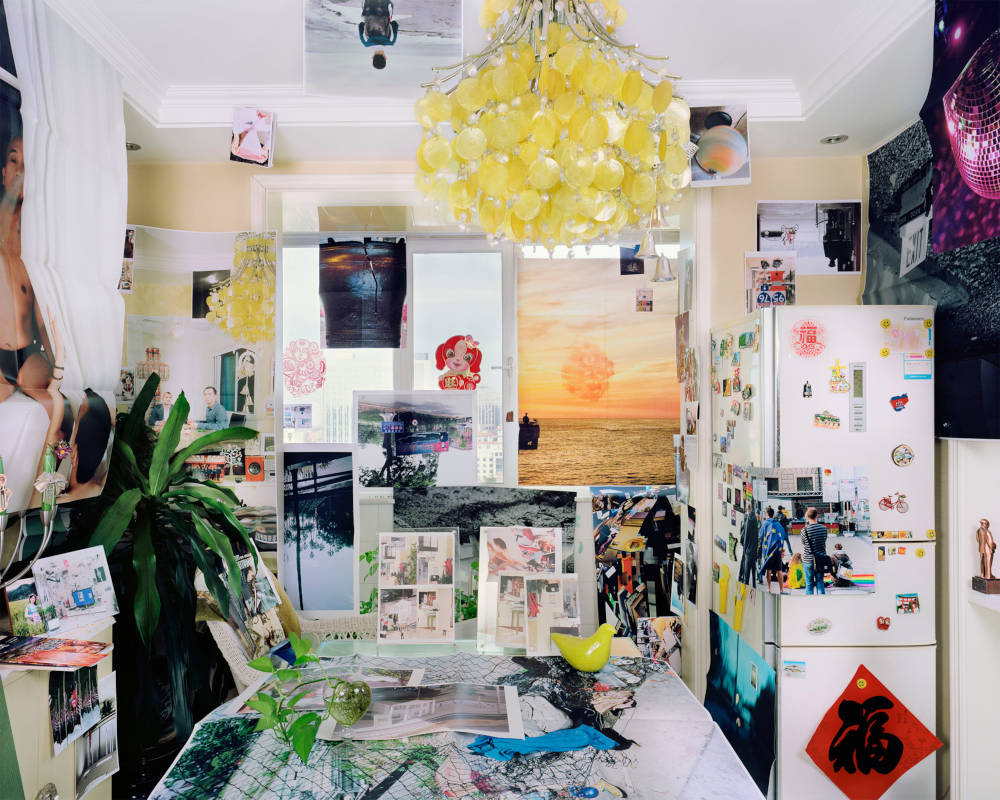 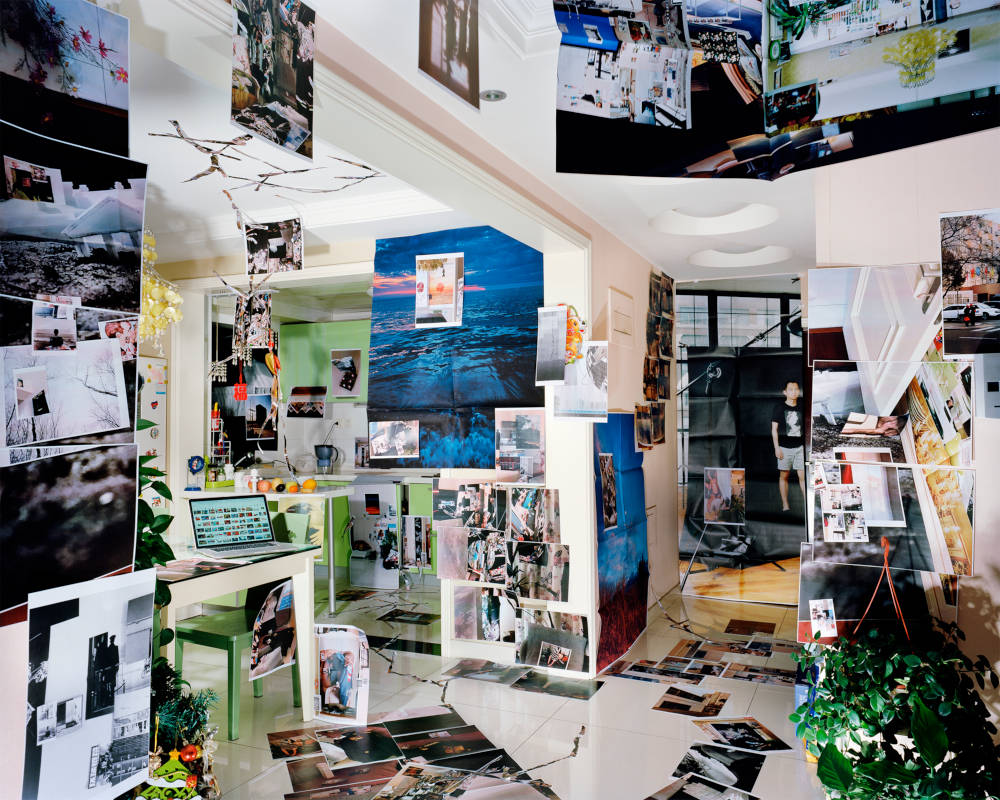 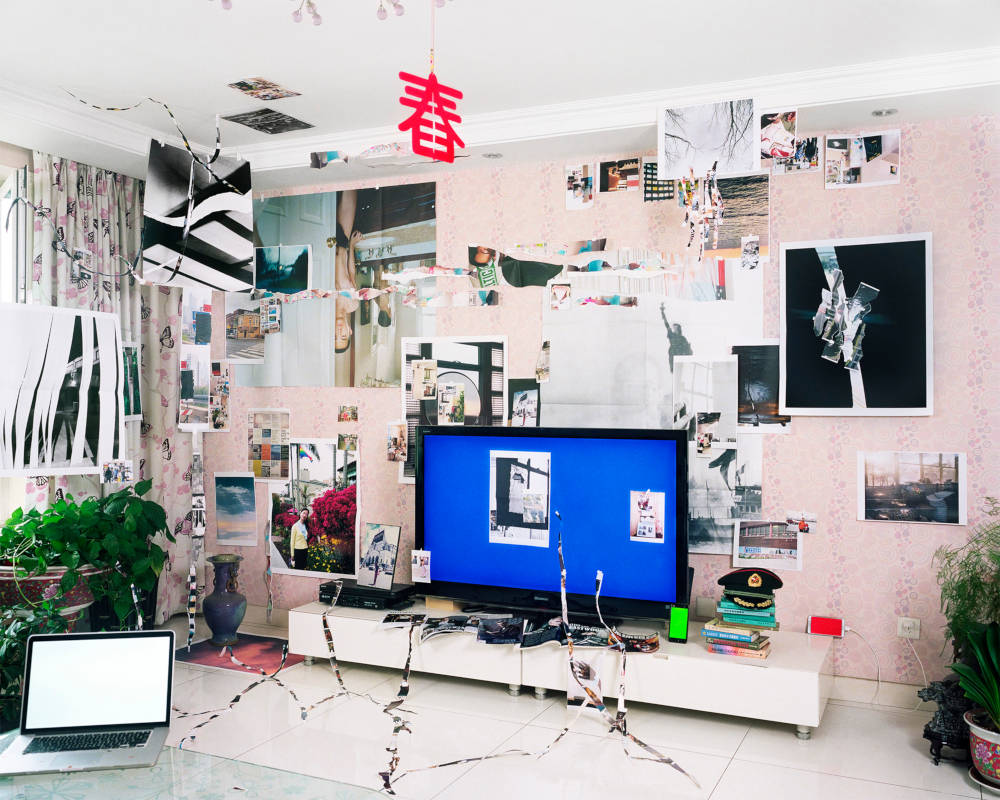 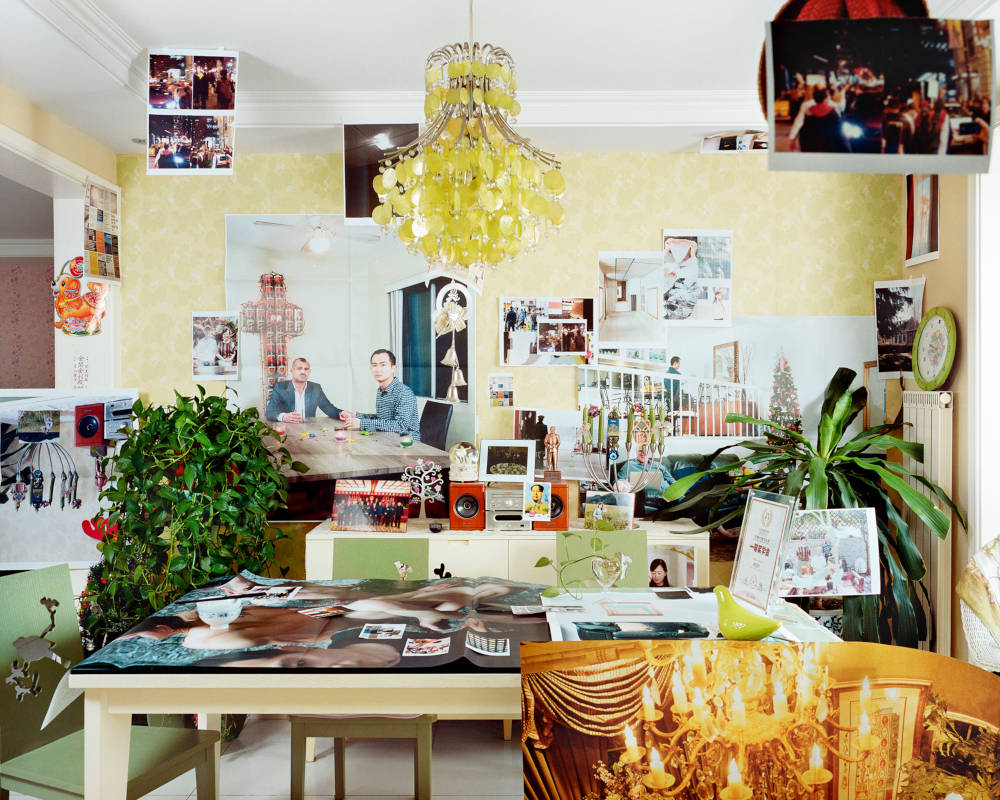 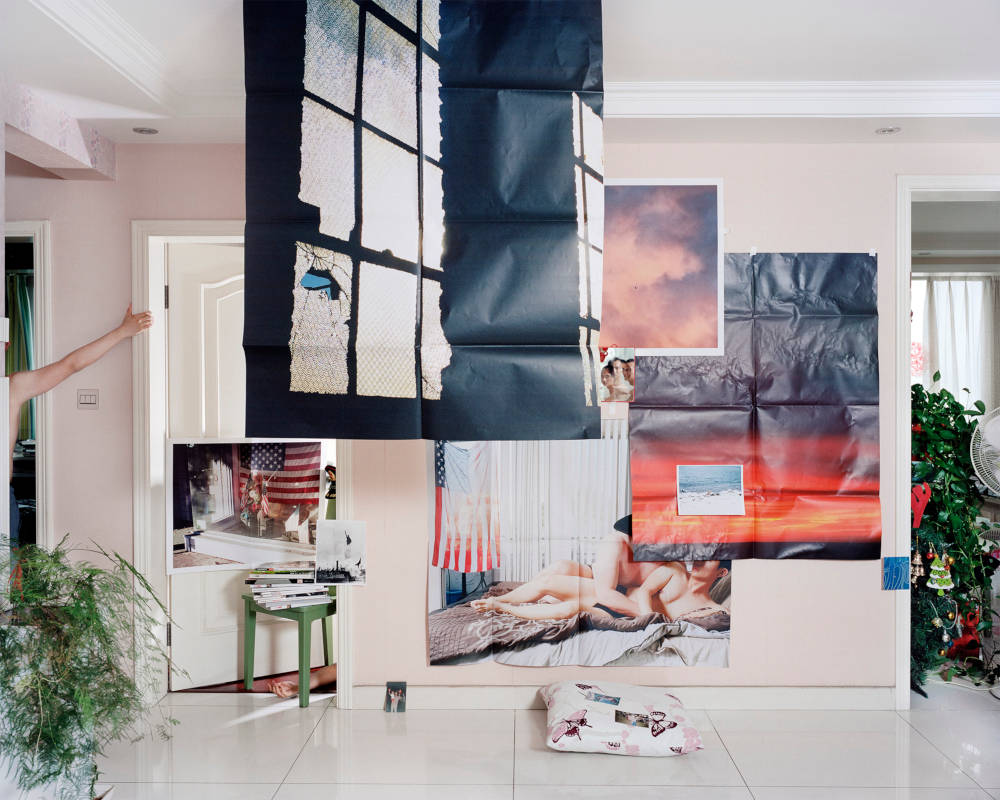 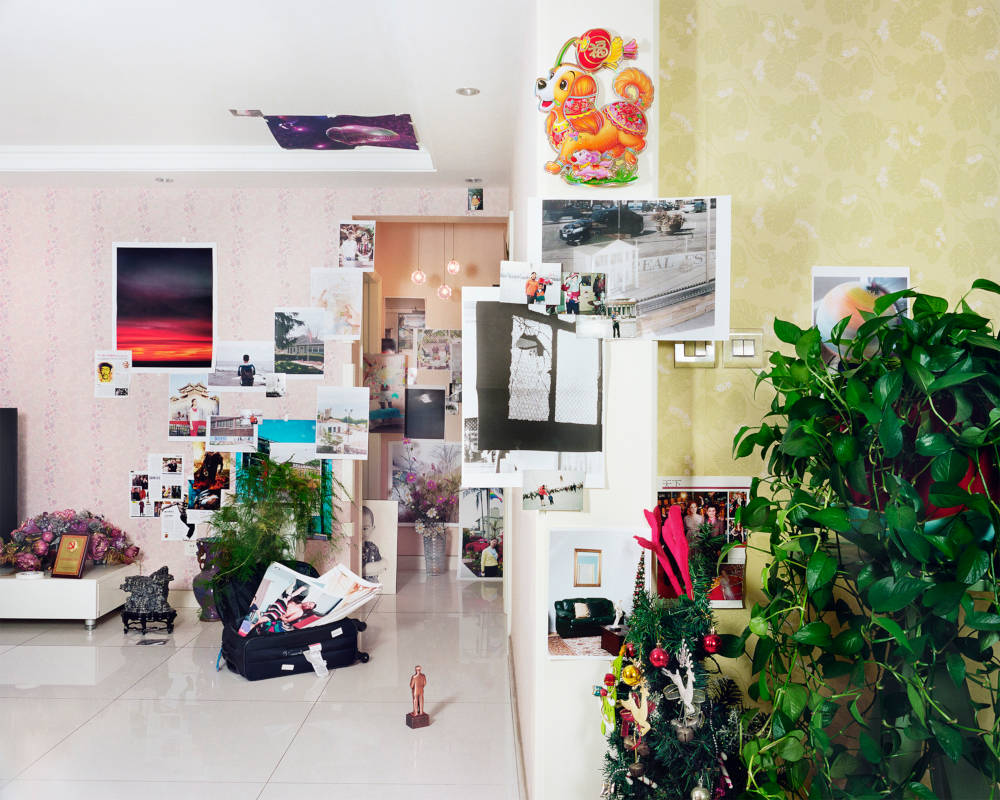 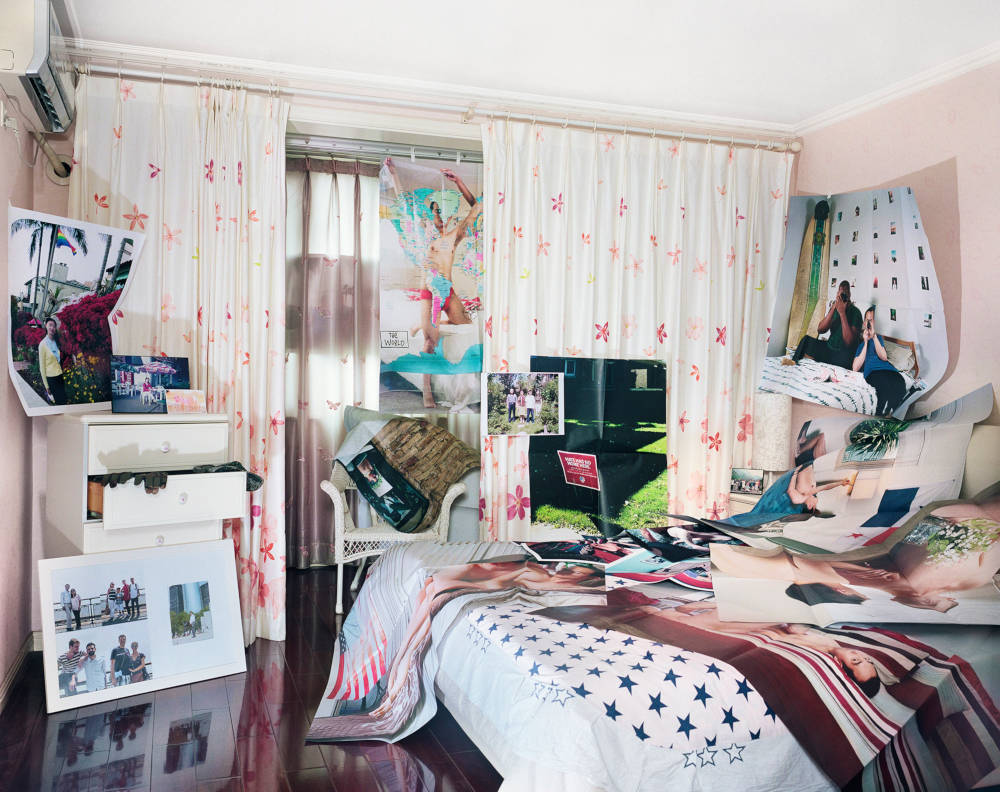 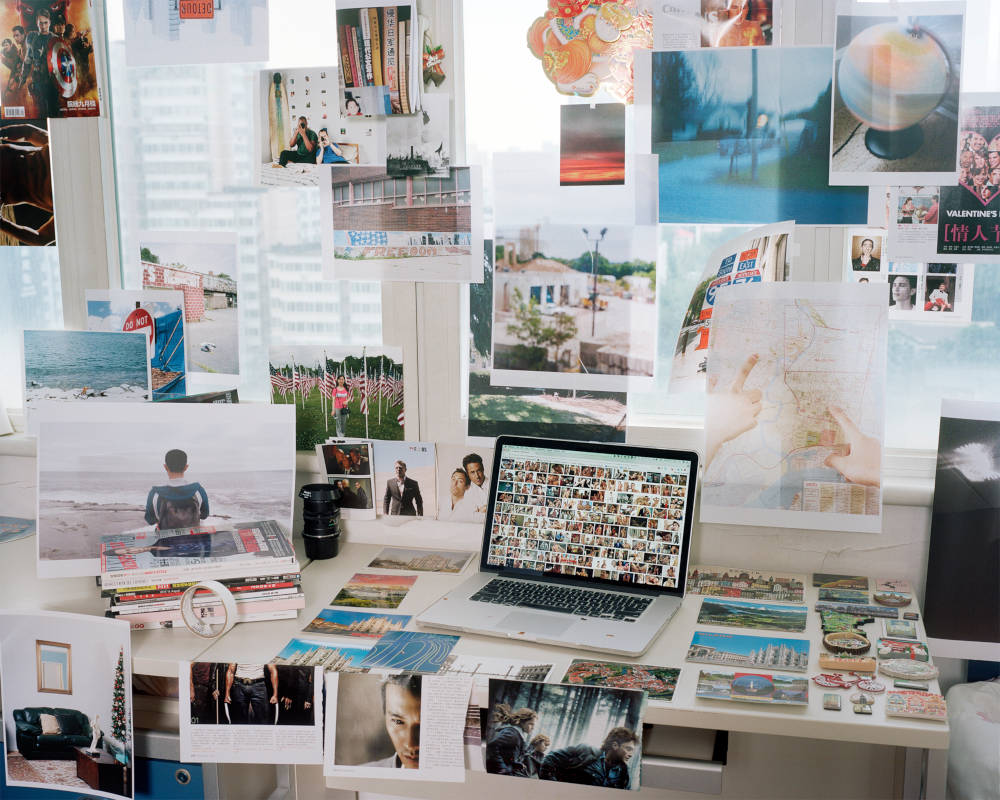 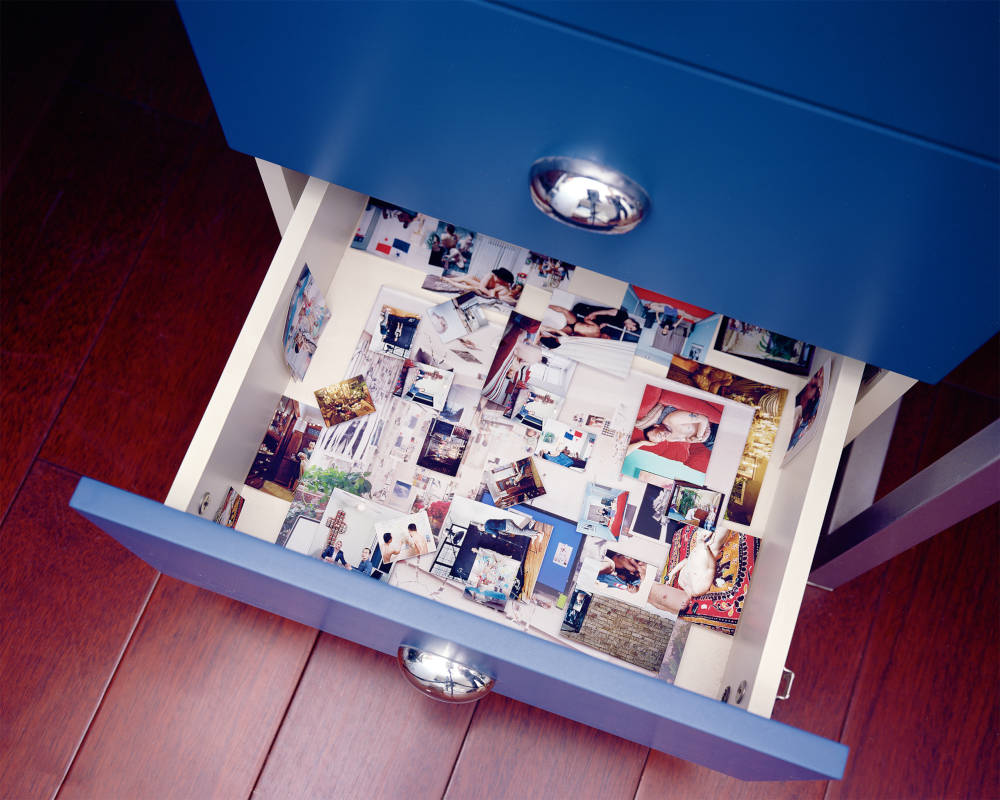 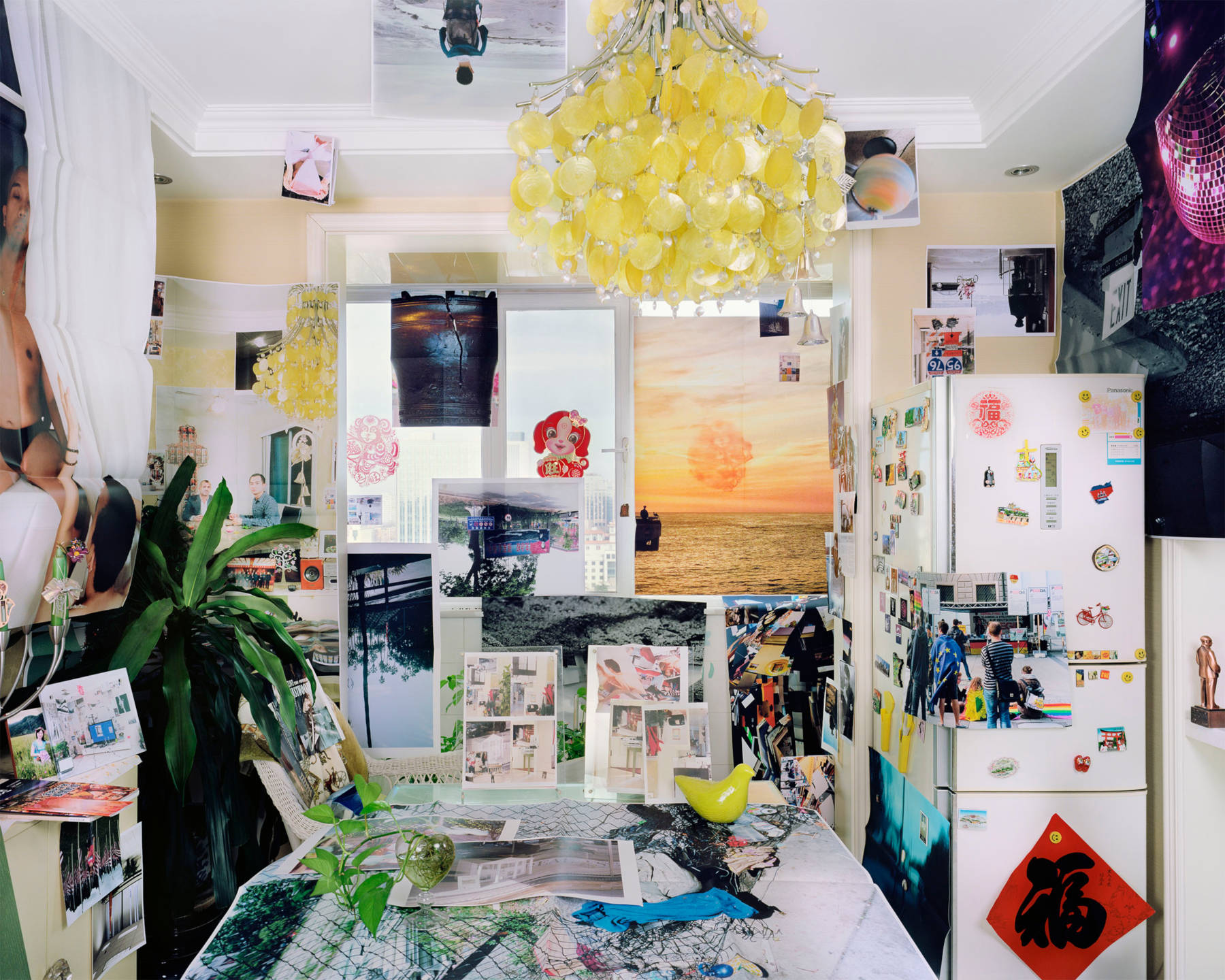 Since 2018, Beijing-born Chicago-based artist Guanyu Xu has secretly created photographic installations throughout his childhood home in Beijing in order to queer his parents’ domestic space, transforming it into a scene of revelation, protest and reclamation. Using countless numbers of collected images from Western film and fashion magazines, photographs from family albums, as well as portraits of himself with other gay men, Xu enacts a deeply intimate and political performance.

Xu was raised in a conservative home in a military-housing complex in Beijing, where expressions of overt non-heteronormative behavior were discouraged. With very limited exposure to the LGBTQ community in China, he understood his sexuality through Western culture, particularly film, television and fashion, which were dominated by representations of white, masculine men, under the overarching notion of the American Dream. Now living in the United States, Xu has traveled back to Beijing to activate these installations in secret while his parents were away. And through the recontextualization of images and the revisiting of his own personal history, Xu provides a poignant cross-cultural examination into oppressive systems of power.

Layered and visually complex, the photographs skew the architecture of the apartment, reconstructing each space into a dense mosaic of revealing and self-referential imagery. There are photographs taped to the ceiling, draped across furniture, covering windows and doorways, curled, layered and protruding at odd angles. Prints of nude men burst from luggage or are seen secreted in a drawer; cartoon decorations celebrating the Year of the Dog mix with images of the American flag and a Pacific sunset. For Xu, the project examines this intersectional experience as a foreign, Asian, gay man in the United States, while redefining his home as a queer space that finally acknowledges him.

Guanyu Xu (b. 1993, Beijing) lives and works in Chicago. He earned his MFA from the Art Institute of Chicago in 2019 and is the winner of the Foam Talent, LensCulture Emerging Talent and Kodak Film Photo Awards. In 2020, examples from Temporarily Censored Home will be featured in the Museum of Fine Arts, Houston and the New Orleans Museum of Art; as well as solo exhibitions at the Philadelphia Photo Arts Center and The College of East Asian Studies Gallery at Wesleyan University. His work has also been featured in a number of publications including The New Yorker and W Magazine.