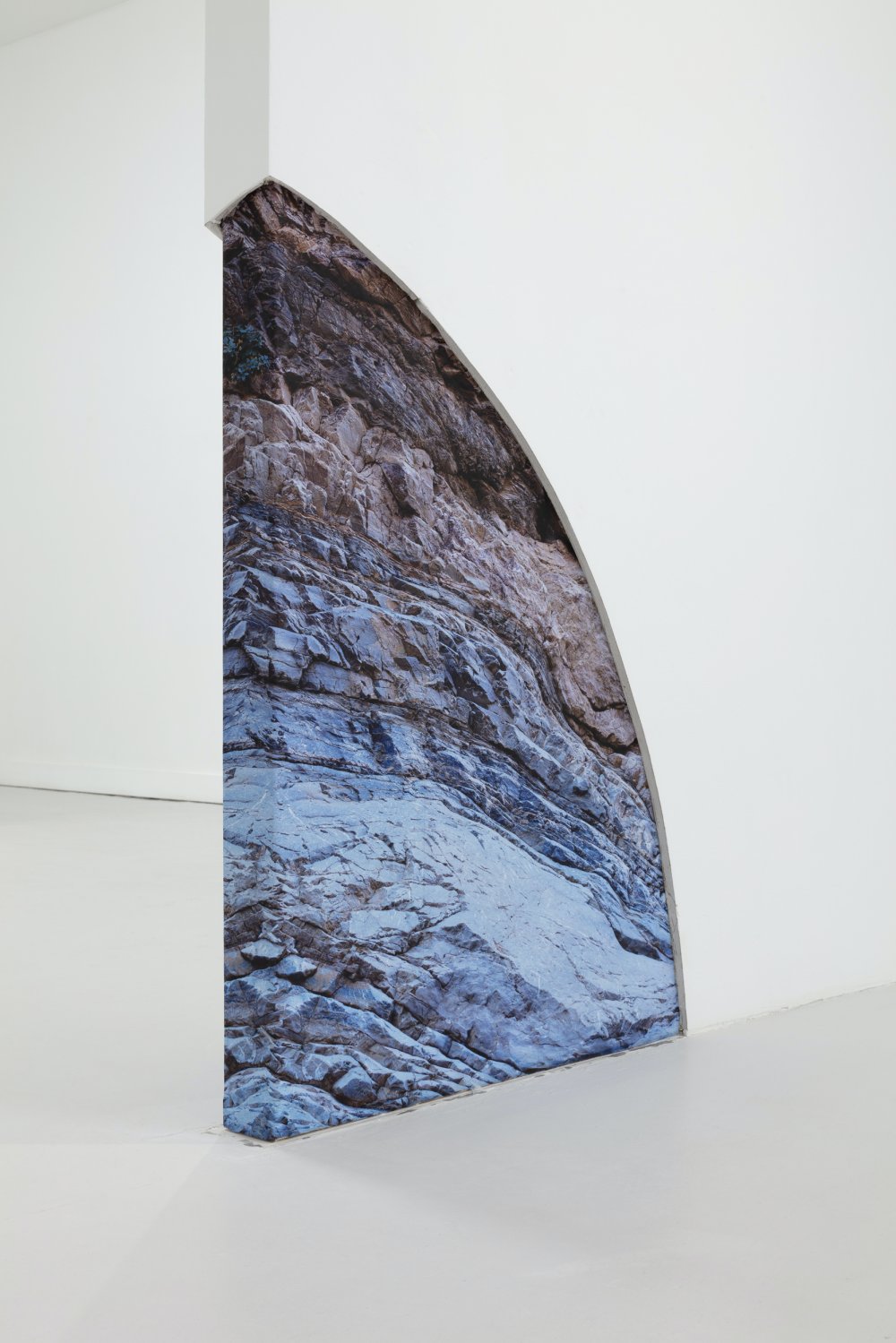 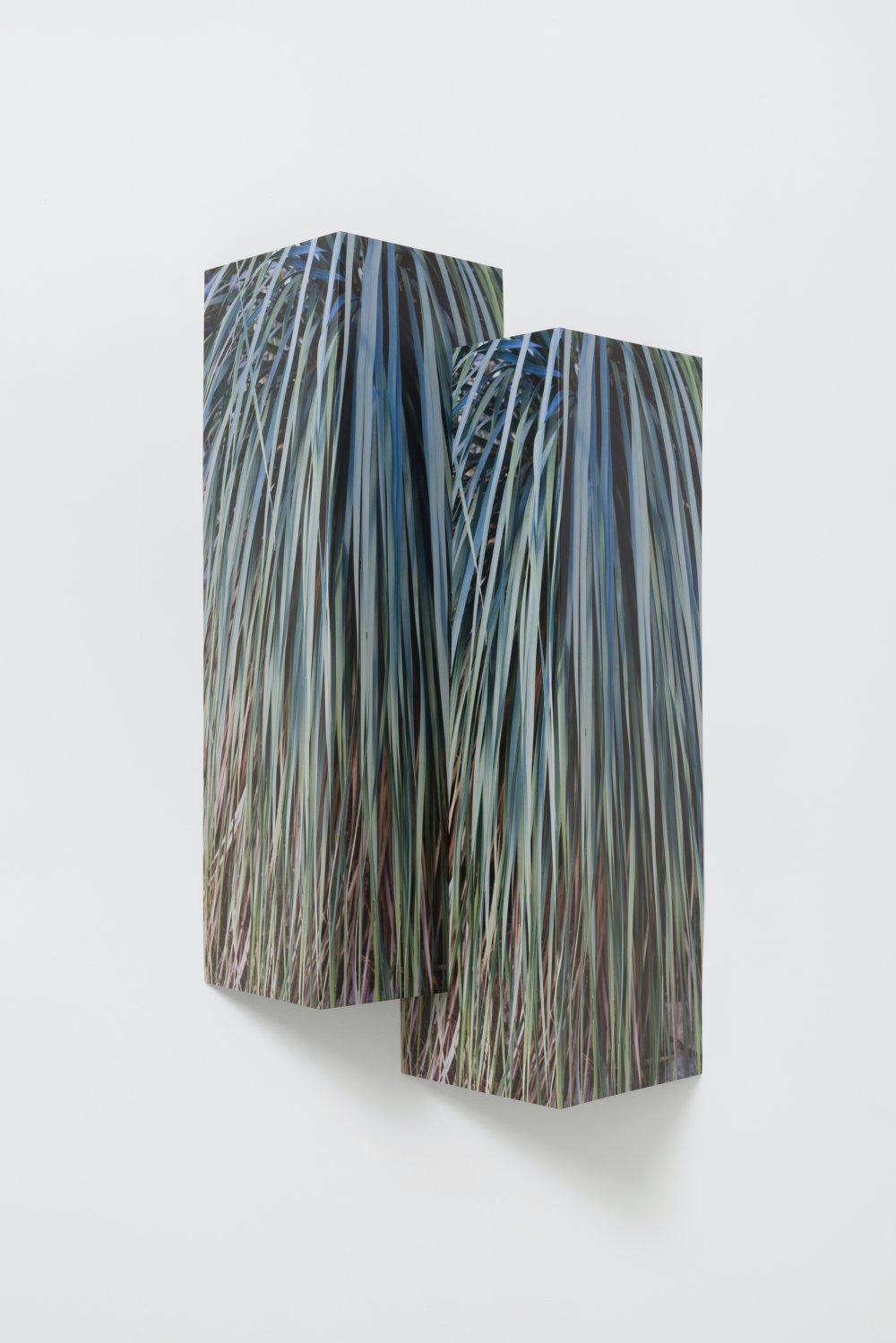 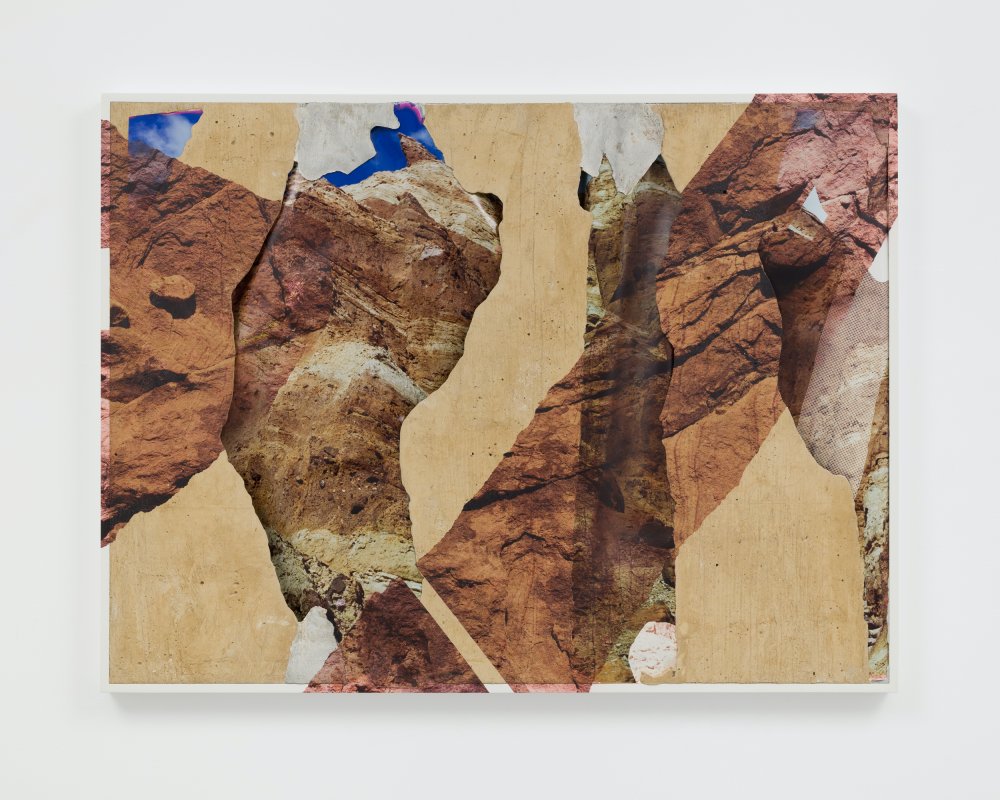 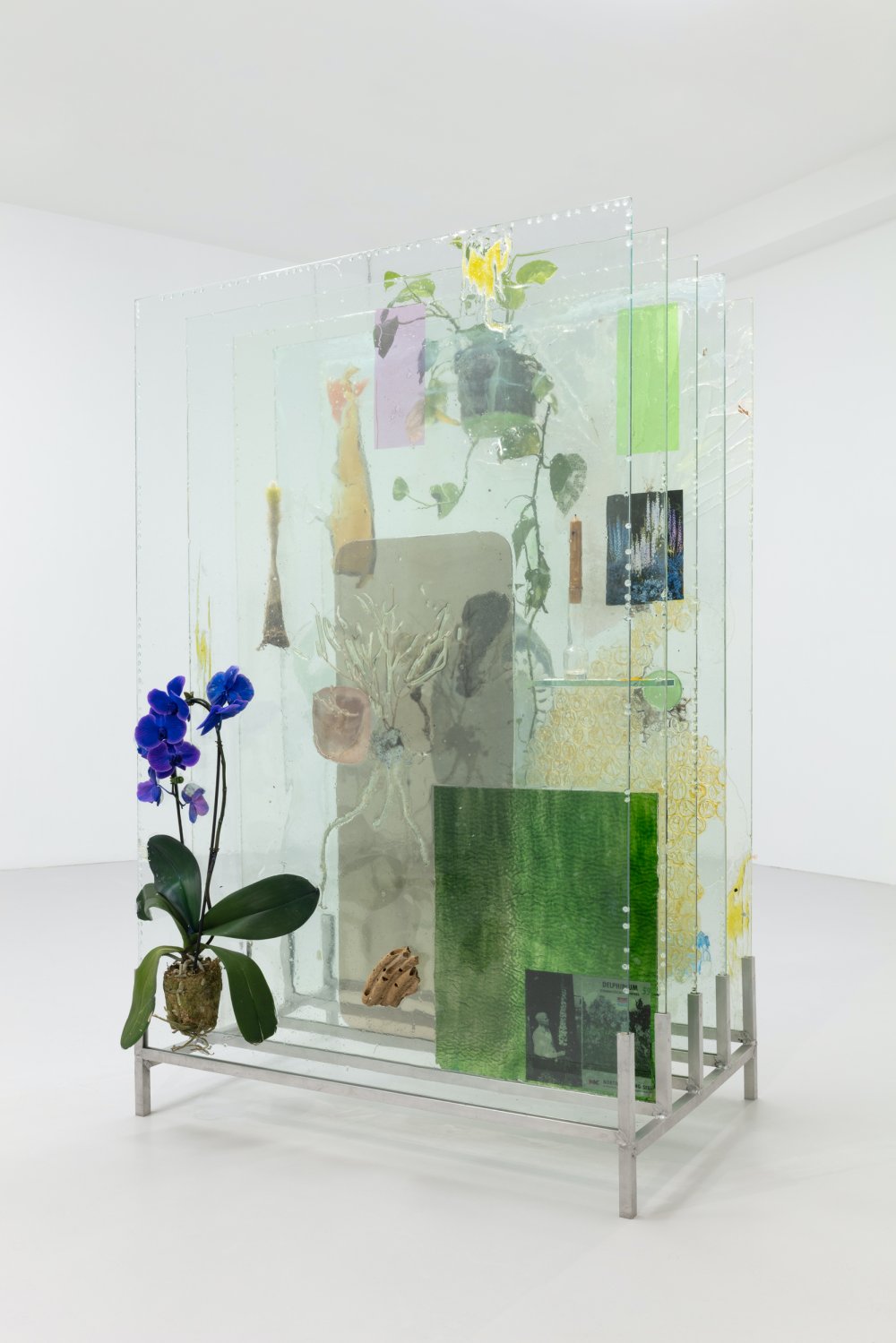 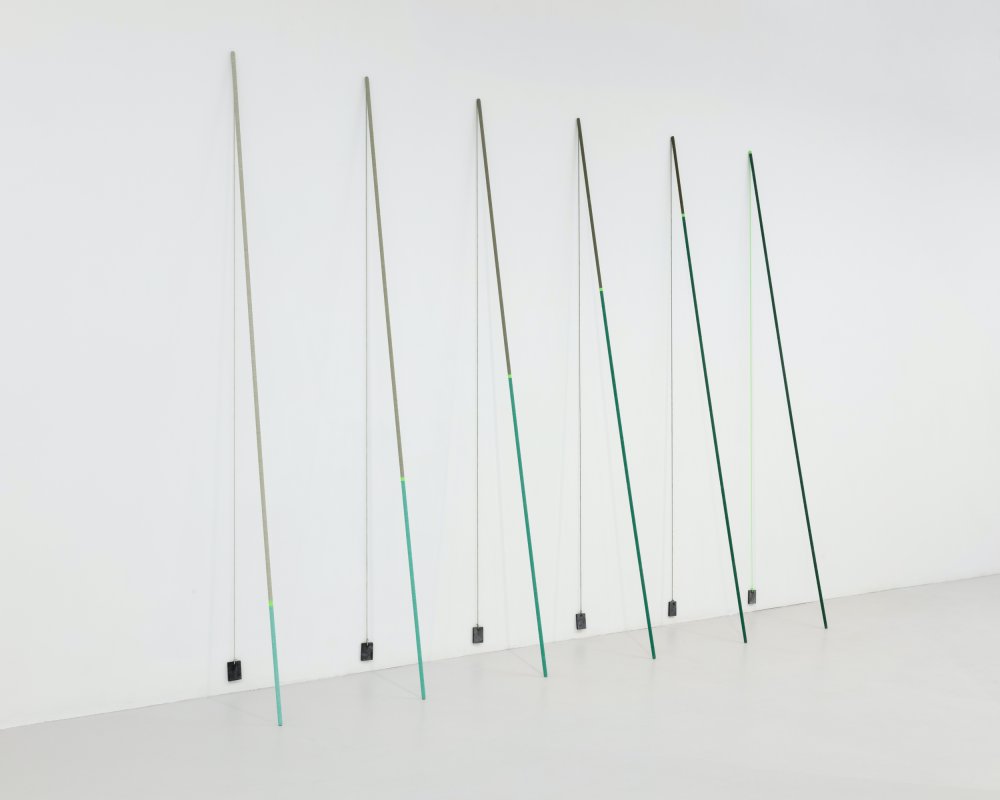 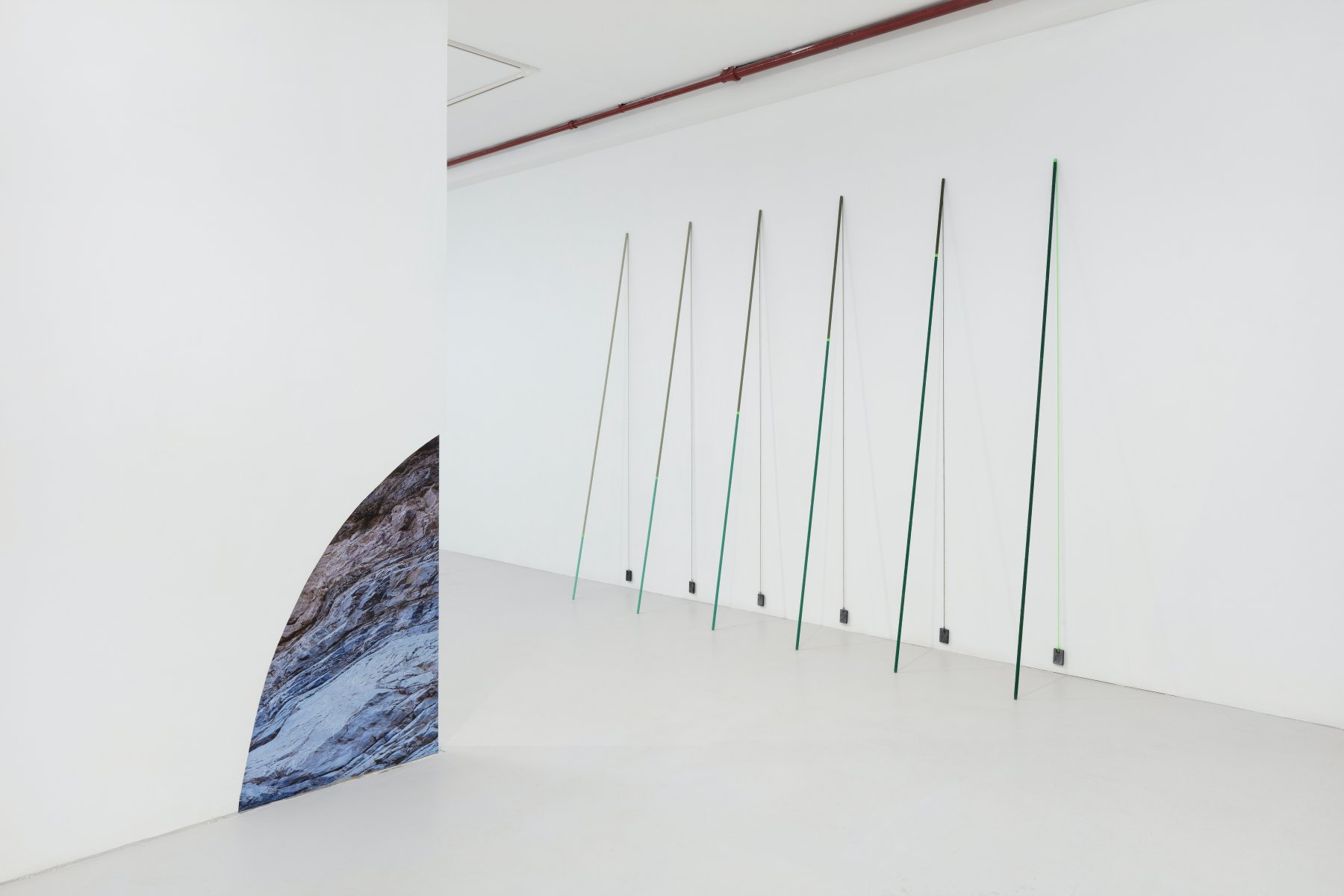 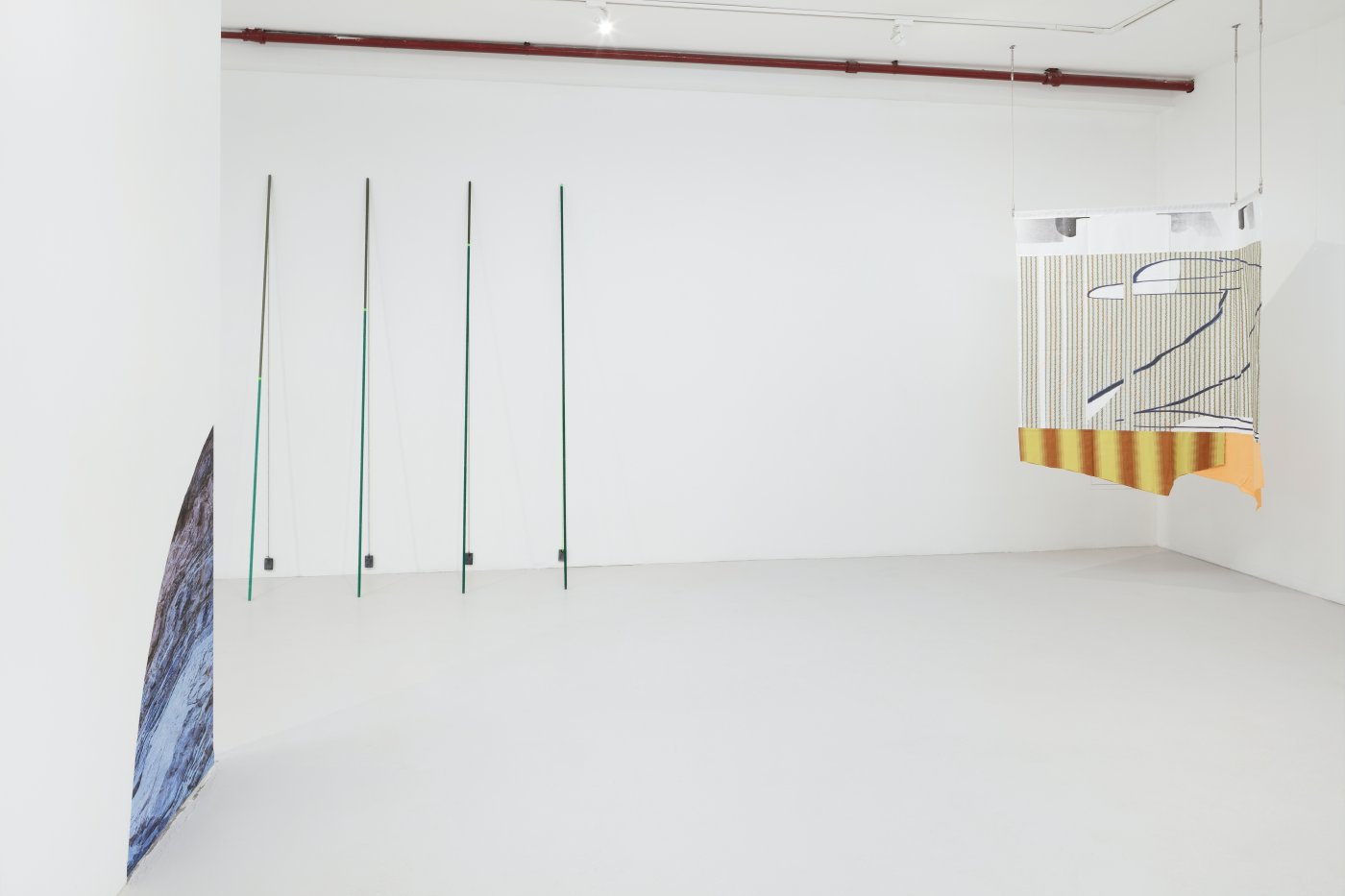 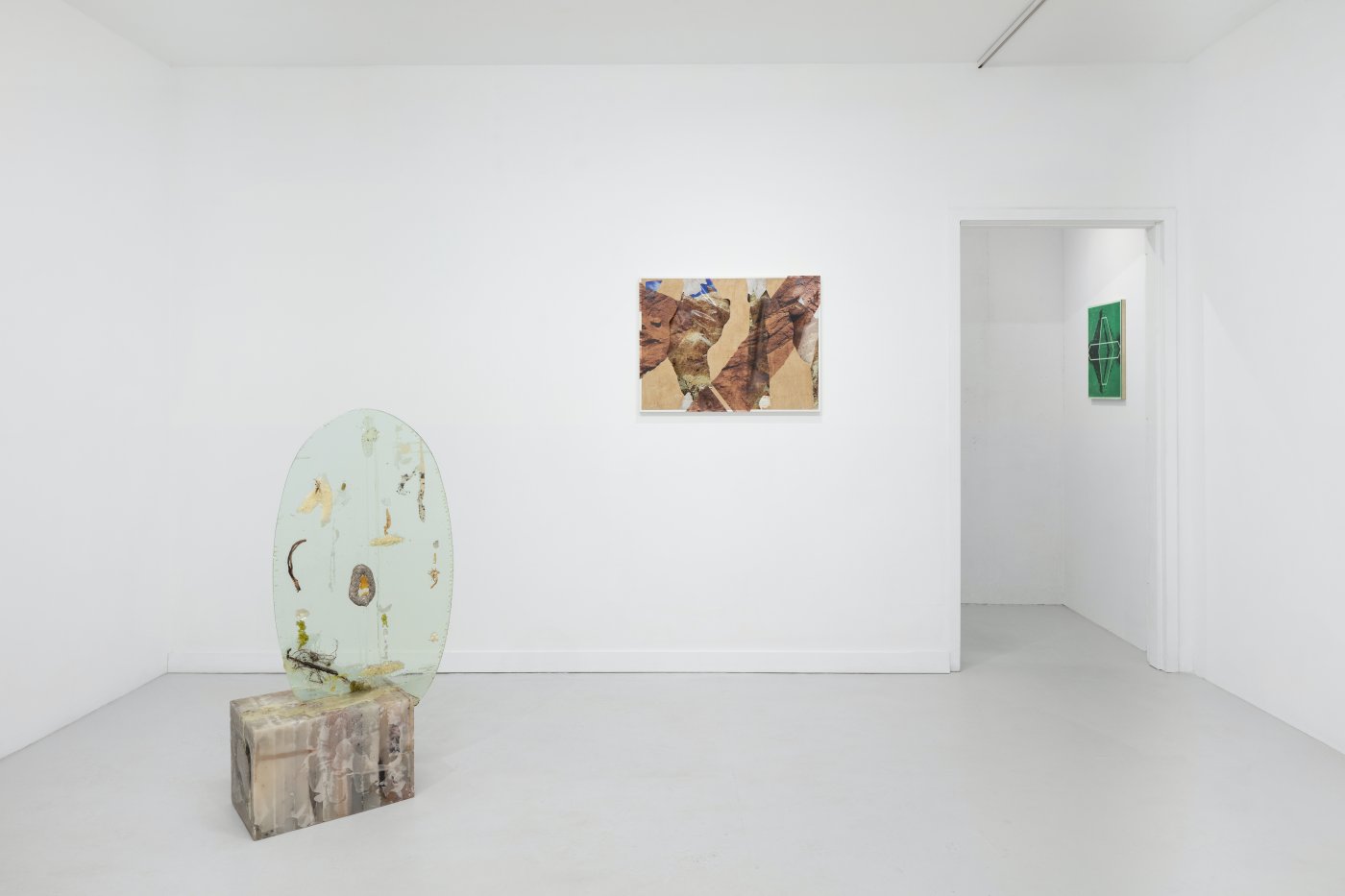 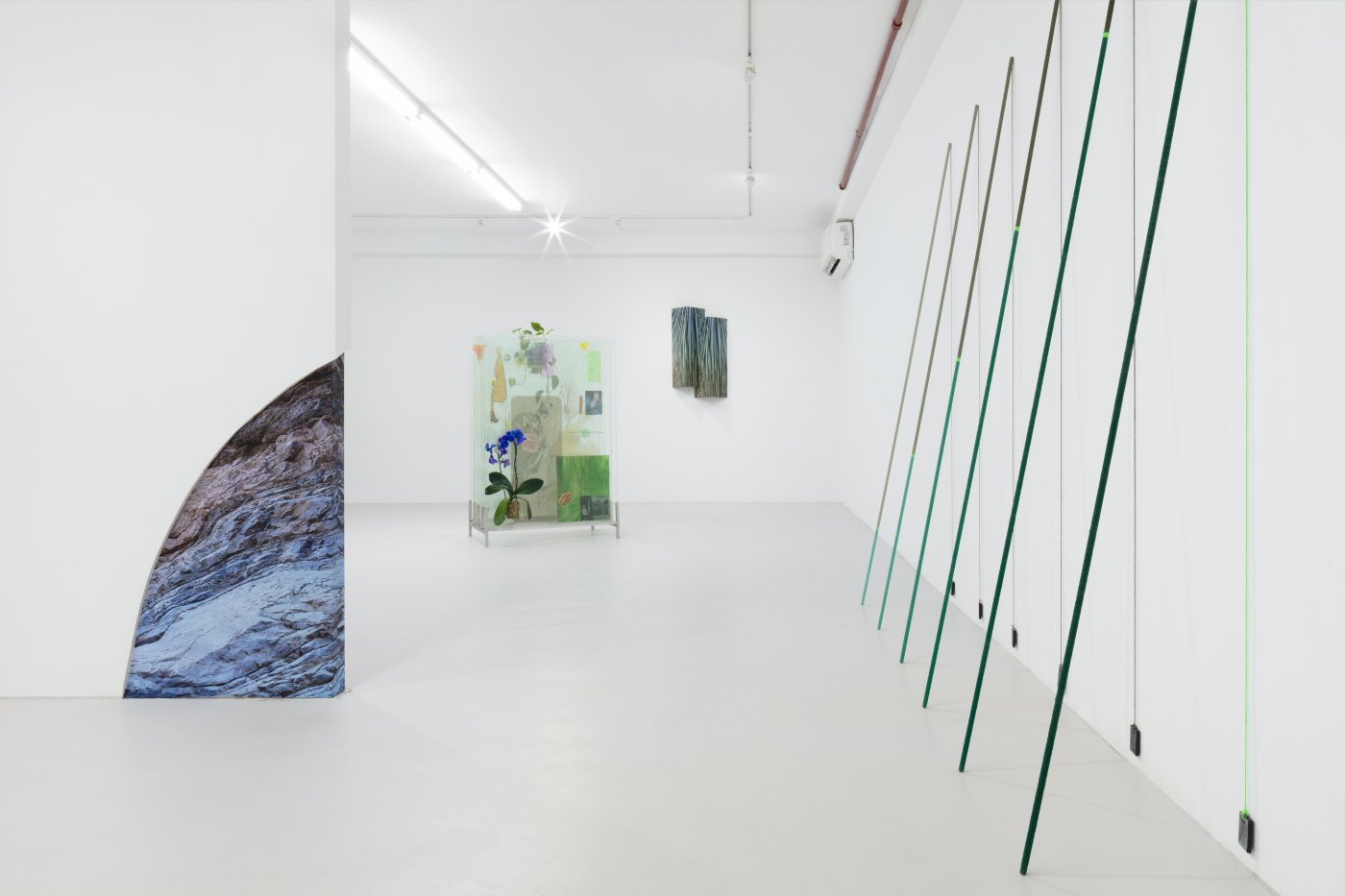 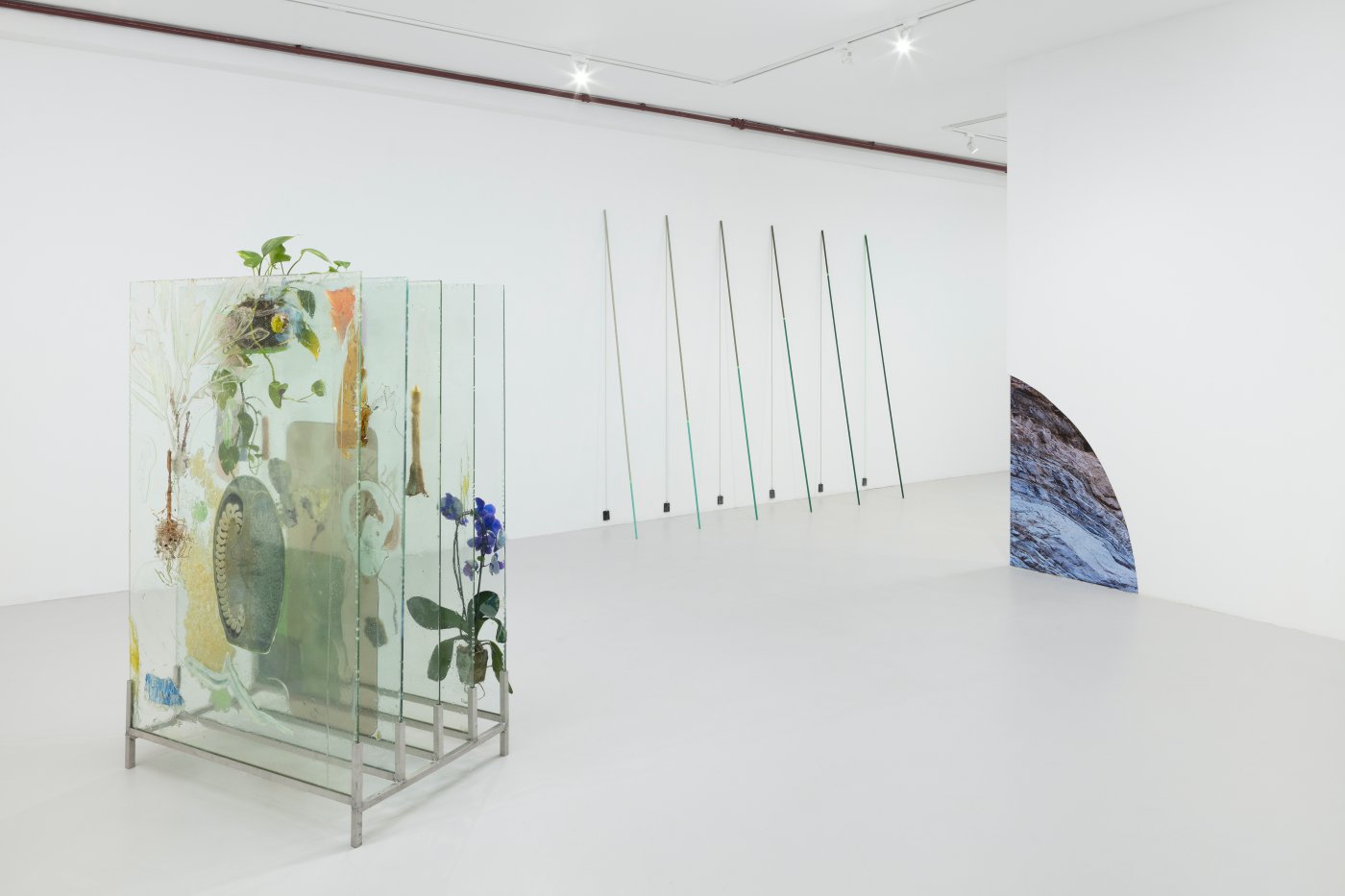 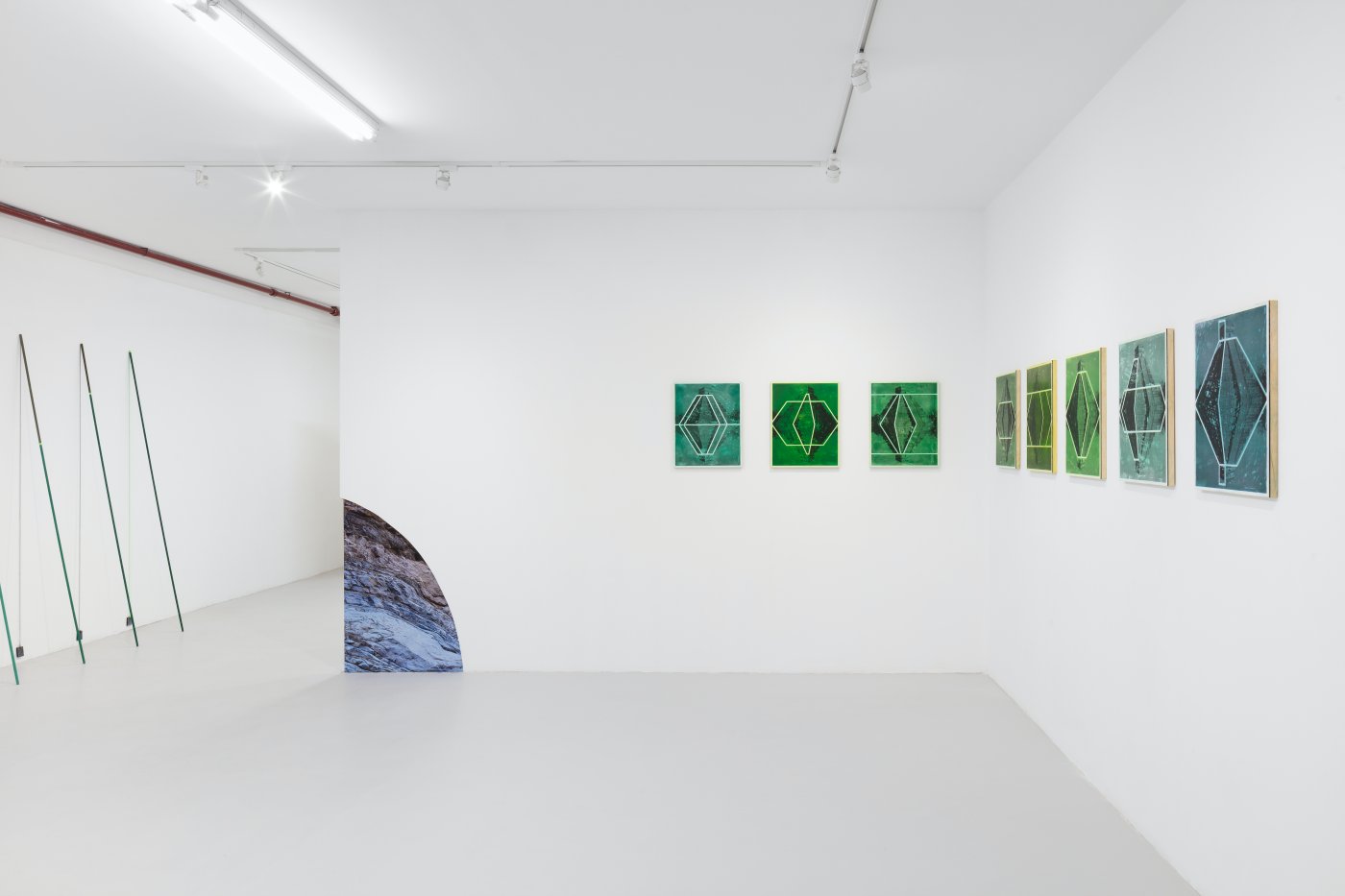 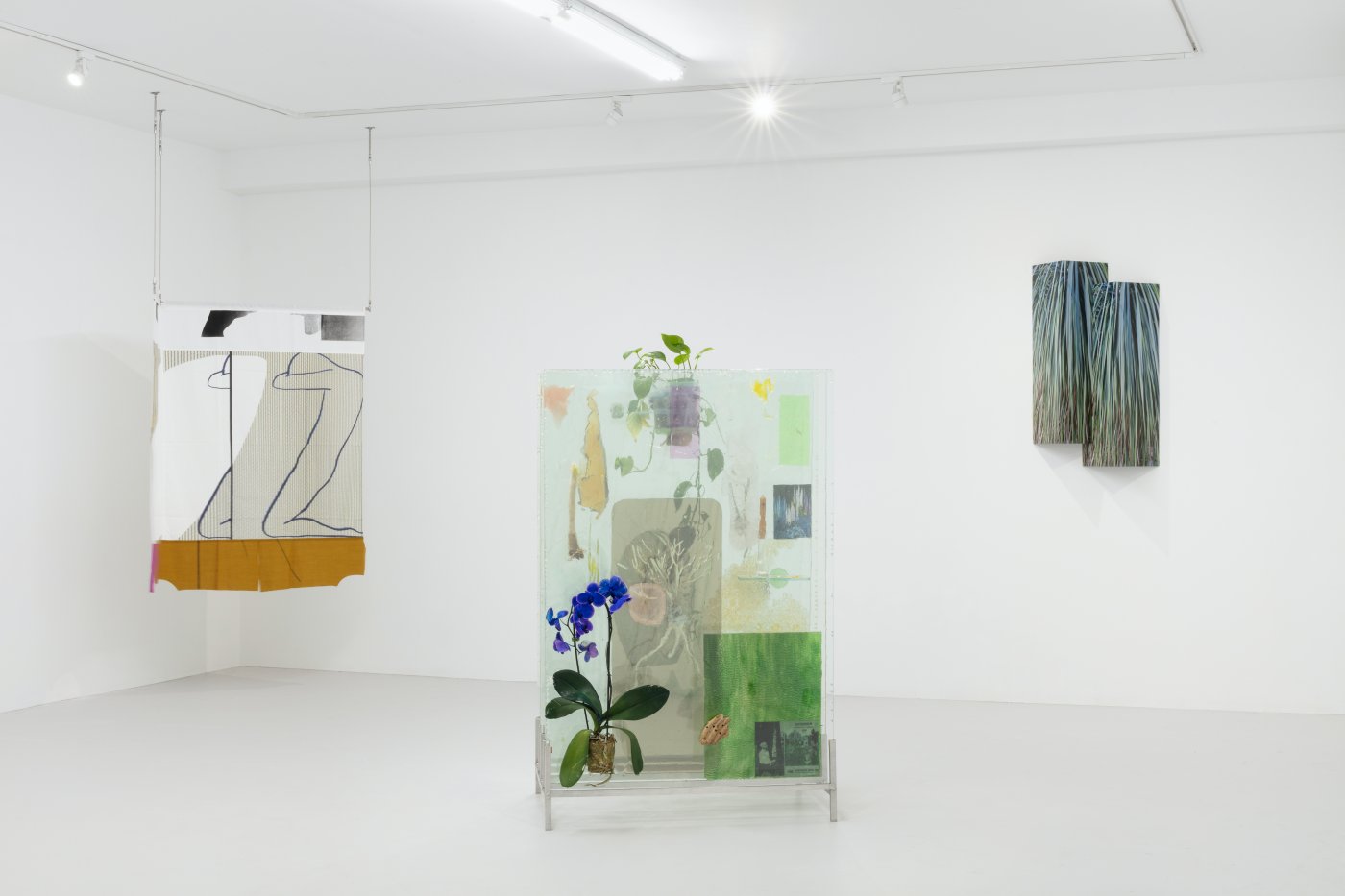 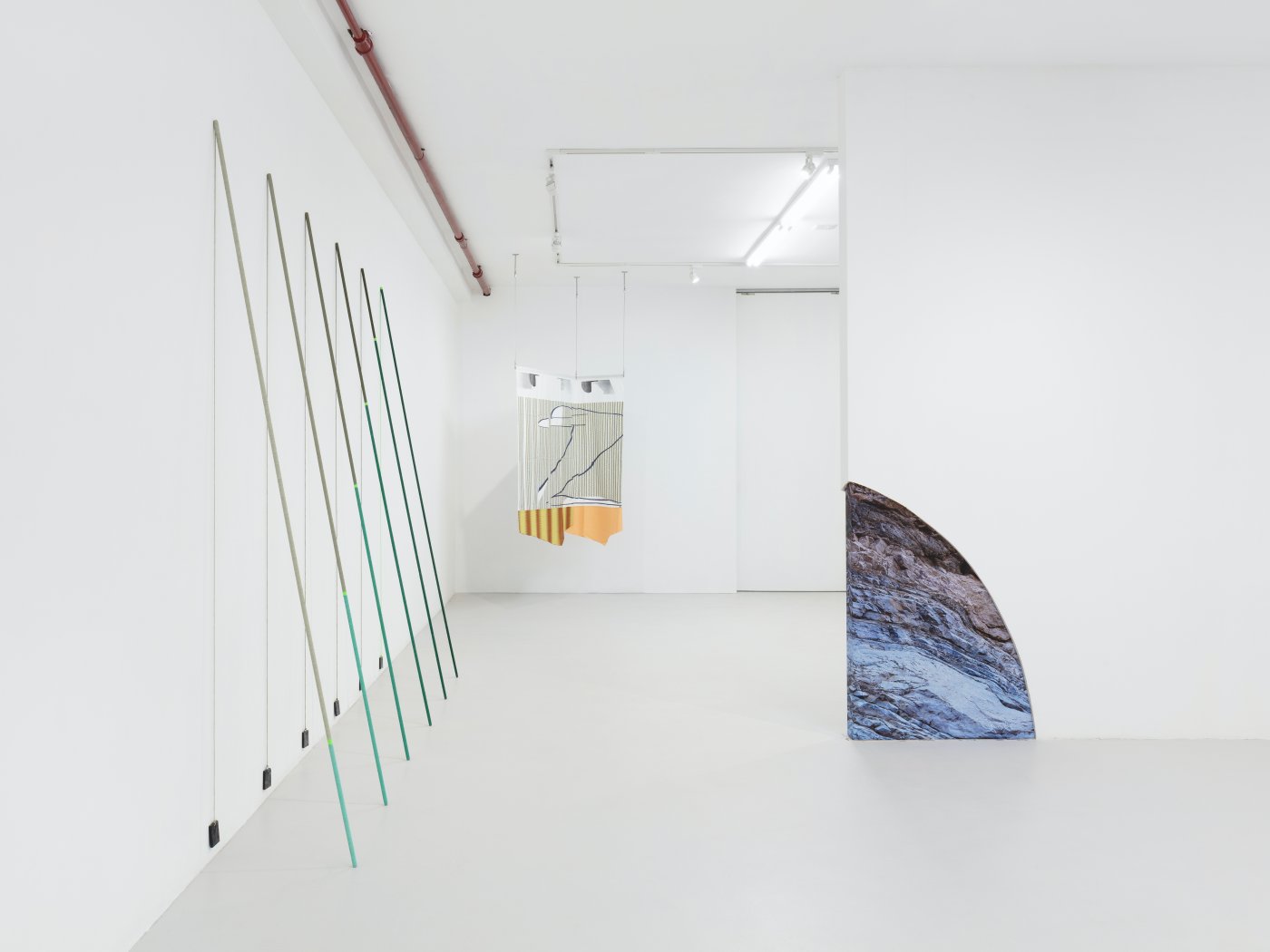 Letha Wilson, Sonia Almeida, Heidi Norton, and Claudia Peña Salinas present current approaches to painting and sculpture that explore divergent conceptual and physical properties, in dialogue with one another. These works create a vision for the future that is also aware of the past; using archives, whether cultural, photographic, or organic, towards a new synthesis of ideas and forms. Eschewing traditional boundaries between mediums, the works span sculpture, painting, and installation. In this new group exhibition, the floors, ceiling, and walls are all engaged by works that demonstrate how space can be manipulated by both delicate and monumental forms.

The artists all invite questions regarding how images can convey and communicate through archetypical models such as historical symbols, figures, geometric forms and the landscape. At the forefront of their practices are the physical concerns of works using materials that include fiber, wax, metal, paper, plants and glass. Whether iconography passed through generations, a visual mode brought into sculptural form, or a documentation of the landscape through process and photography. There is as much that brings these works together as that which separates them, and yet they inhabit the same plane of the interrogation of representation. A variation of themes and motifs core to the artists’ practices draw on our relationship to nature, highlighting the ways in which we understand this relationship— through mythology, romanticism, or scientific inquiry. Together, these artists draw in outside spaces, reimagining our surroundings through hybrid forms.

About the artists:
Sonia Almeida (B. 1978, Lisbon, PT) lives and works in Boston, MA. The artist received her BA from the University of Lisbon (PT) in 2001 and her MFA from University College of London, Slade School of Fine Art, London (UK) in 2006. She received the Marion and Jasper Whiting Foundation Fellowship in 2019 and a Pollock-Krasner Grant in 2015. Recent solo exhibitions include, Simone Subal Gallery, New York (US) in 2019; MIT List Visual Arts Center, Cambridge (US) in 2014; T293, Rome (IT) in 2011; Chiado 8, Culturgest, Lisbon (PT) and Croxhapox, Ghent (BE) in 2009. Group shows include Leslie University, Cambridge (US) in 2019; Tufts University Art Galleries, Boston (US) in 2019; Carpenter Center for the Visual Arts at Harvard University, Cambridge (US) in 2018; ICA, Boston (US) in 2017; The Serralves Museum of Contemporary Art, Porto (PT) and Simone Subal Gallery, New York (US) in 2016; Serralves Museum, Oporto (PT) in 2014; DeCordova Biennial, DeCordova Sculpture Park and Museum, Boston, MA (US) in 2013; and Carl Freedman Gallery, London (UK) in 2012, among others.

Heidi Norton (B. 1977, Baltimore, US) received her BFA from the University of Maryland, Baltimore County (US) in 1999 and her MFA from the School of the Art Institute of Chicago, Chicago (US) in 2002. She is an adjunct professor at Fashion Institute of Technology and a professor at the International Center of Photography in New York (US). She was the recipient of a residency at the Elmhurst Art Museum, Elmhurst (US) where her site responsive exhibition, Prismatic Nature, was on view in 2014. Norton has had solo exhibitions at the Museum of Contemporary Art Chicago, Chicago (US); Northeastern Illinois University, Chicago (US); Monique Meloche Gallery, Chicago (US); Pilot + Projects, Philadelphia (US); and Mark Wolfe Contemporary, San Francisco (US), among others. She has participated in group exhibitions at, The Contemporary, Baltimore (US); DePaul Art Museum, Chicago (US); Chicago Cultural Center, Chicago (US); The Ohio State University, Columbus (US); Gallery 400, Chicago (US); Box Gallery, Los Angeles (US) and the National School of Art France, Paris (FR). Her writings and work are included in Art21, BOMB Magazine, Journal for Artistic Research, and Grafts written by Michael Marder.

Letha Wilson (B. 1976, Honolulu, US) currently lives and works in Brooklyn and Hudson, NY. She earned her BFA from Syracuse University, NY (US) in 1998 and an MFA from Hunter College (US) in 2003. Residencies include, The MacDowell Colony, Peterborough (US); University of Nevada, Las Vegas (US); and the Skowhegan School of Painting and Sculpture, Madison (US), among others. Recent solo exhibitions were organized by GRIMM Amsterdam (NL) in 2019; GRIMM, New York (US) in 2018; the Center for Contemporary Art and Culture, PNCA, Portland, OR (US) and the DeCordova Sculpture Park and Museum, Lincoln, (US) in 2017; and Galerie Christophe Gaillard, Paris (FR) in 2016. Wilson has participated in group exhibitions at the New York Public Library, New York (US); MASS MoCA, North Adams (US), MACRO Museo d’ Arte Contemporanea, Rome (IT); Essl Museum, Klosterneuburg (AT); Bemis Center for Contemporary Art, Omaha (US); The Bronx Museum of the Arts, Bronx (US); Socrates Sculpture Park, Long Island City (US); Exit Art, New York (US); and the Aldrich Museum of Contemporary Art, Ridgefield (US).

Courtesy of the artists and GRIMM