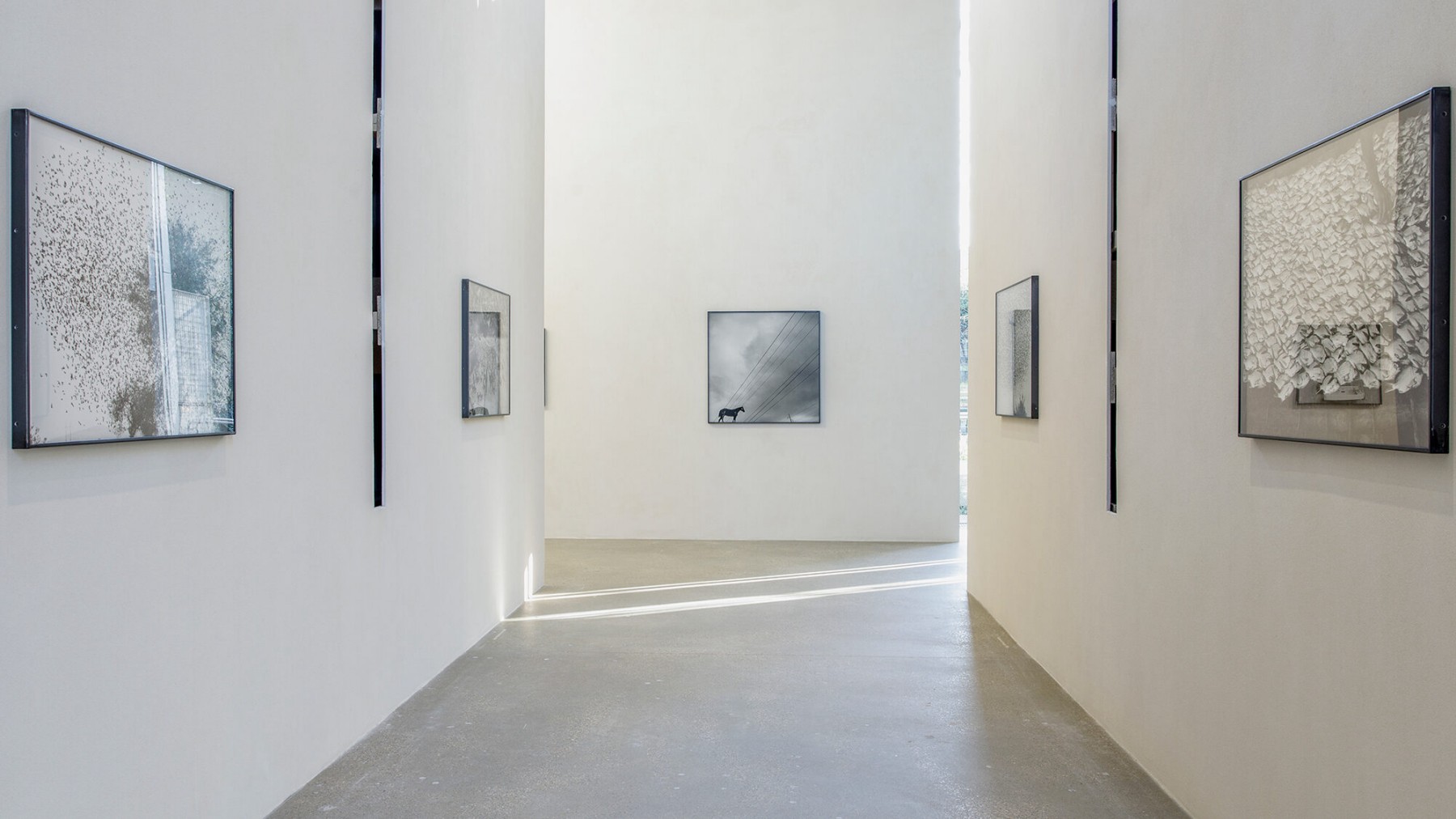 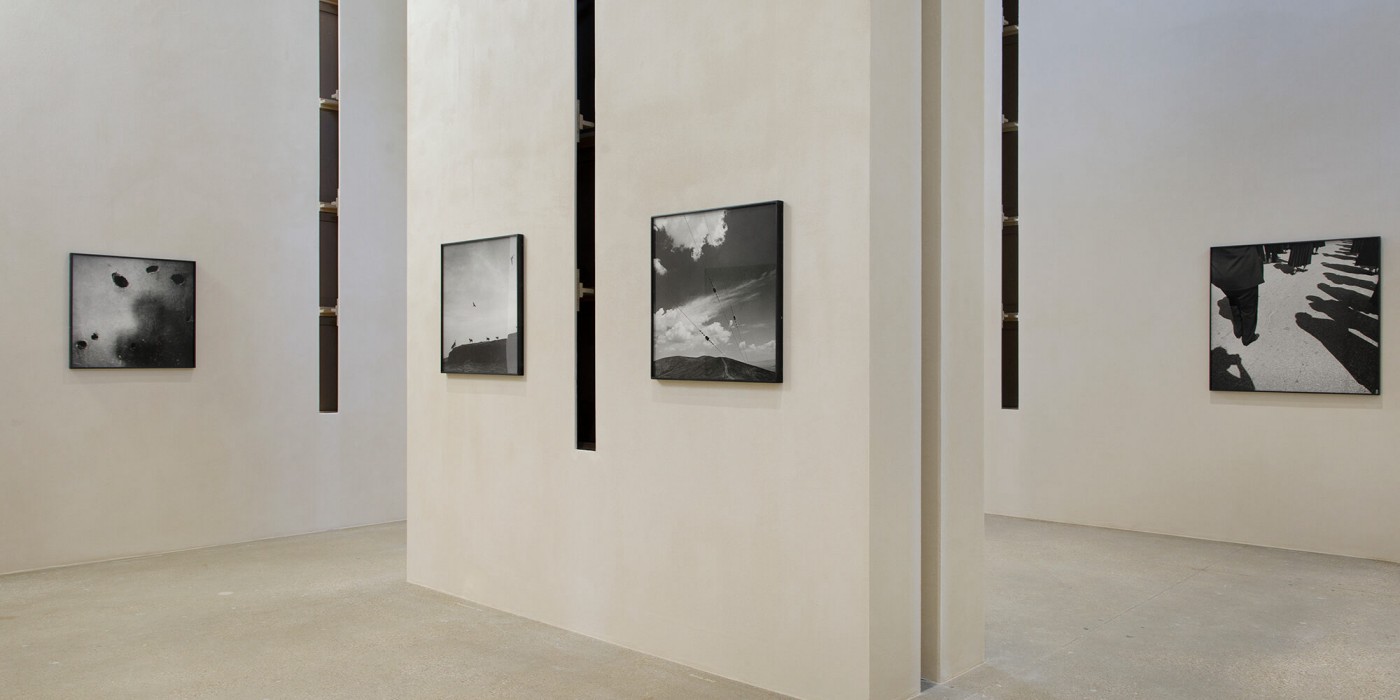 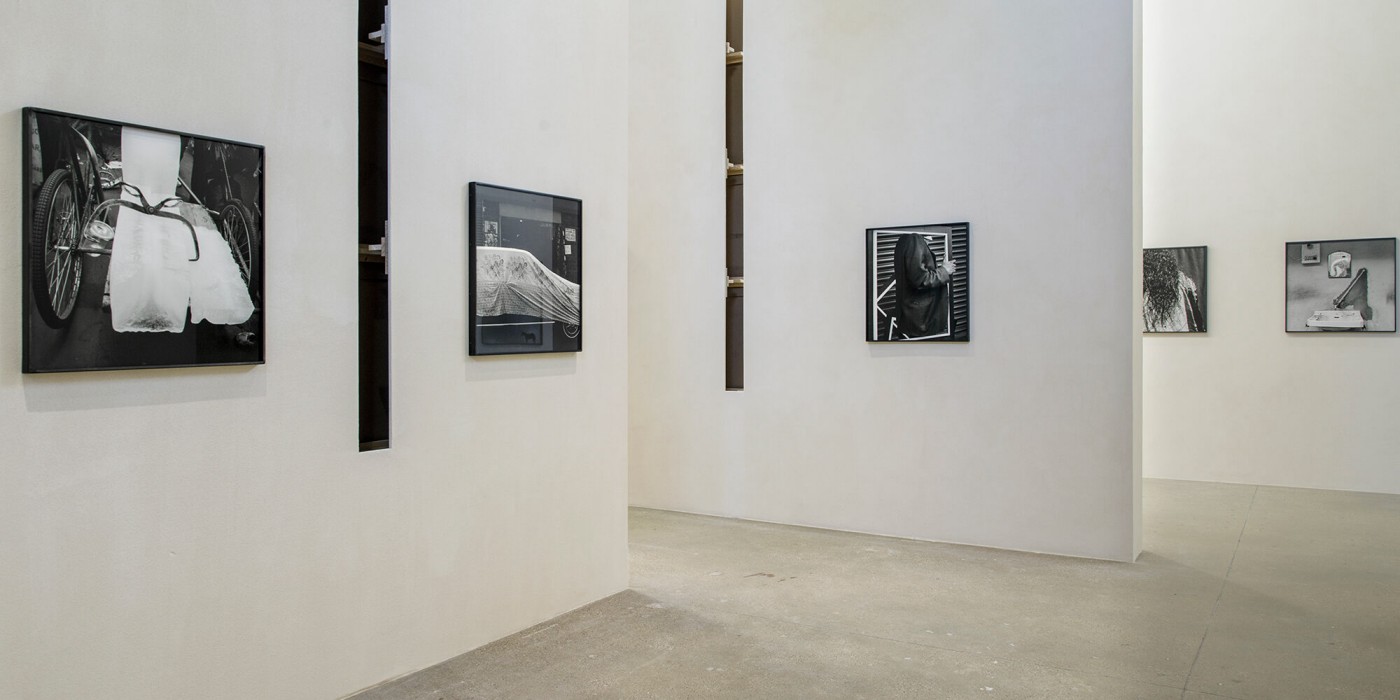 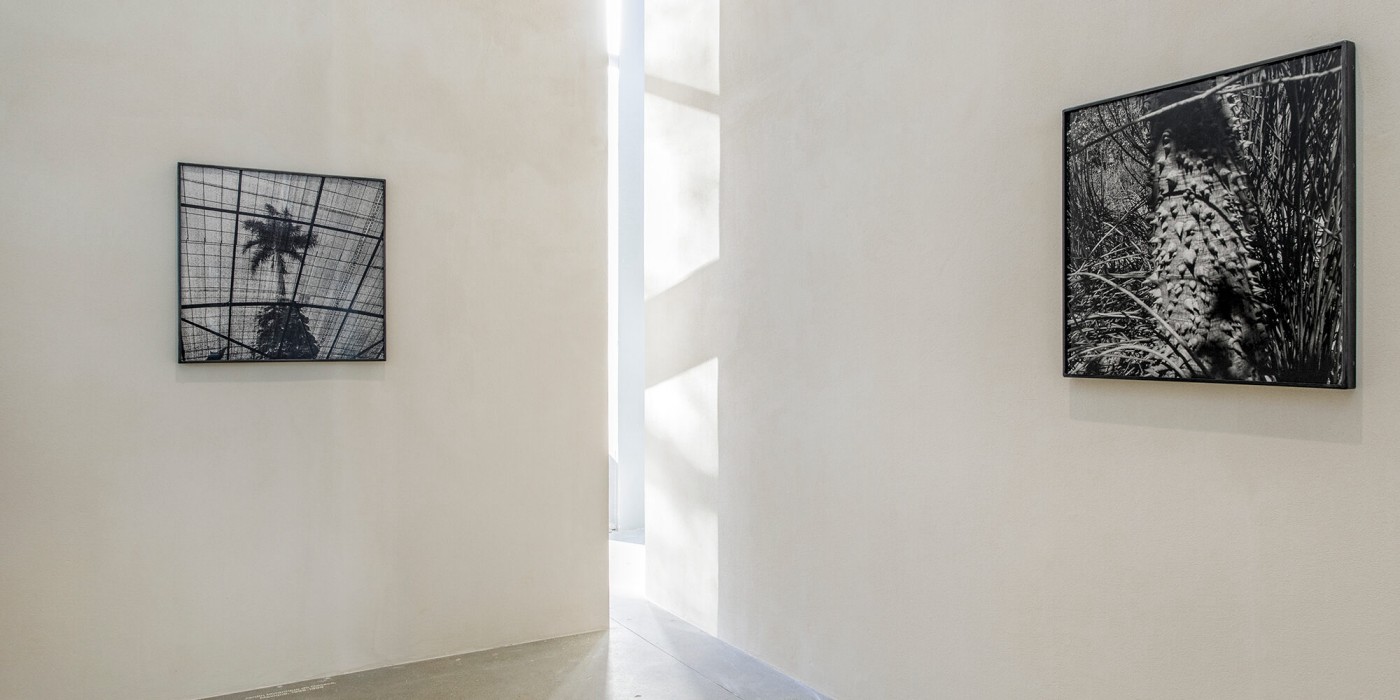 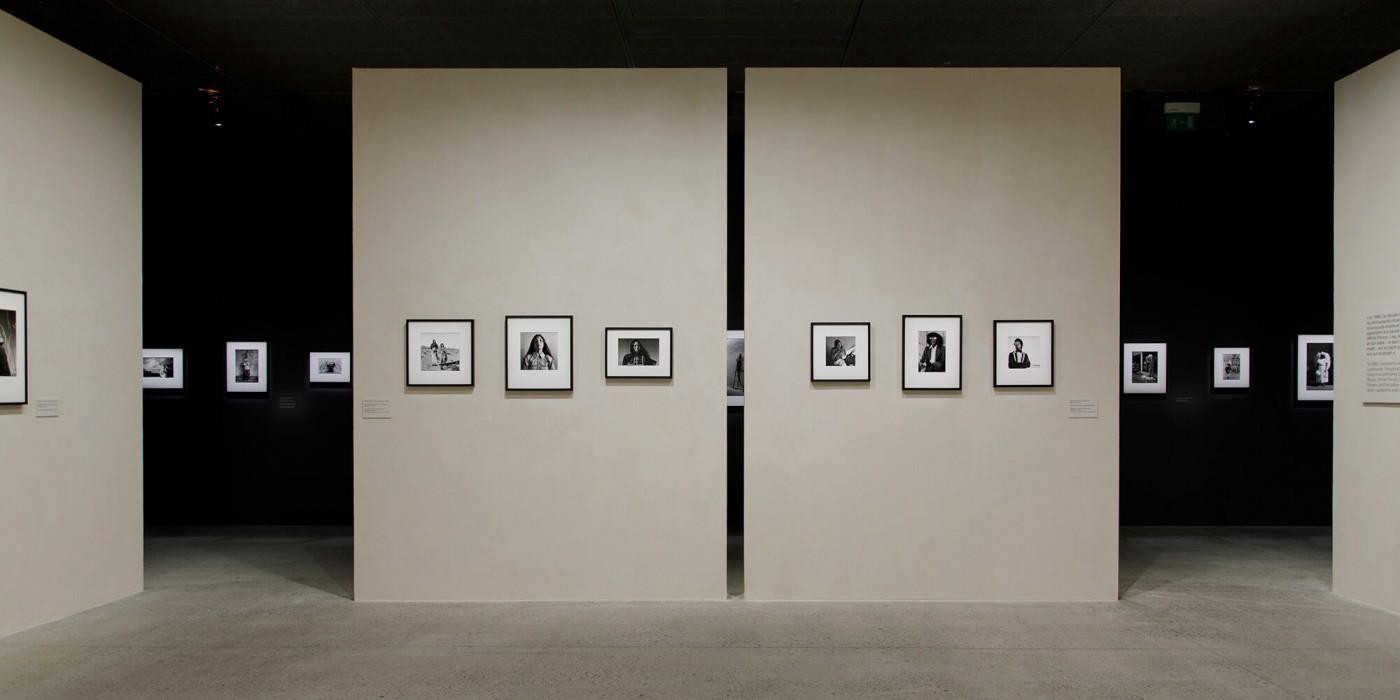 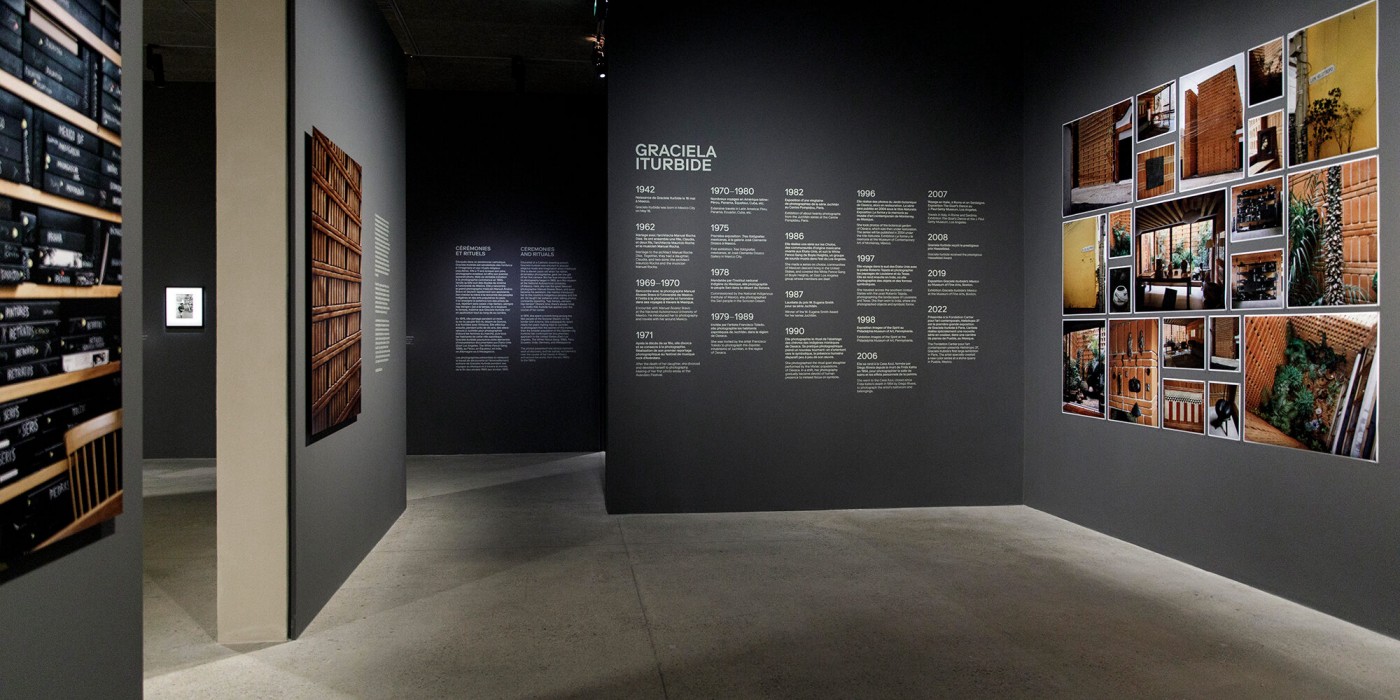 For the occasion, she opens the doors of her studio at 37 Calle Heliotropo in Mexico, an architectural masterpiece by Mauricio Rocha, who has also been entrusted with the exhibition scenography.
A veritable exhibition-portrait, Heliotropo 37 brings together over 200 images, from her most iconic photographs to her more recent production, as well as a color series created especially for the exhibition.

Winner of the W. Eugene Smith Memorial Fund in 1987, then the Hasselblad Award in 2008 – photography’s highest distinction — Graciela Iturbide is a major figure of Latin American photography. For over fifty years, she has created images that oscillate between a documentary approach and a poetic gaze: “I have looked for the surprise in the ordinary, an ordinary that I could find anywhere in the world.”

If today she is famous for her portraits of Seri Indians in the Sonora Desert and Juchitán women, as well as for her photographic work around Mexico’s ancestral communities and traditions, Graciela Iturbide also brings a quasi spiritual attention to landscapes and objects. This unique exhibition presents the two sides of Graciela Iturbide, thereby providing us with a fresh perspective on her work.

Graciela Iturbide was introduced to photography in the 1970s alongside Manuel Àlvarez Bravo (1902-2002). She followed the former on his travels to villages and popular Mexican festivals, where she watched him looking for the right place, waiting for something to happen, practically invisible, disturbing no one, and then photographing anything that interested him. He became the young Graciela Iturbide’s mentor and shared with her his sensitivity and humanist approach to the world.
The exhibition presents a large number of photographs of people she met and objects that caught her attention over the course of her various journeys throughout Mexico, but also to Germany, Spain, Ecuador, Japan, the United States, India, Madagascar, Argentina, Peru, and Panama, between the 1970s and 1990s.

Amongst the emblematic series from this period are Los que viven en la arena [Those who live in the sand, 1978] for which Graciela Iturbide spent a long time living with the Seri community in the Sonora Desert in the north-west of the country; Juchitán de las mujeres (1979-1989), devoted to Zapotec women and culture, in the Oaxaca Valley of south-eastern Mexico, and the White Fence Gang series (1986- 1989) focusing on cholos, gangs of Mexican origin in Los Angeles and Tijuana.

Rather than the magic realism with which she has often been associated, Graciela Iturbide prefers the idea of a “touch of poetry and imagination” that pushes the documentary interpretation further and finds the opportunity to learn and be amazed through her various voyages all around the world: “Knowledge is twofold: when you travel, you discover things both outside and inside yourself, through your solitude.”

In addition to the photographs that made the artist famous, the Heliotropo 37 exhibition reveals her recent photographic production, little presented up until now. Over the years, Graciela Iturbide’s images have become devoid of any human presence and her attention has turned to materials and textures, revealing the metaphysical link that unites the artist to objects, nature and animals. Naturata, executed between 1996 and 2004 in the botanical garden of Oaxaca, heralded the beginning of this gradual disappearance: plants and cacti, held in place by ropes, wrapped in burlap sacks, are abstracted under sails and nets.
In the late 1990s, Graciela Iturbide travelled across Louisiana and studied the desolate landscapes of the southern United States. In 2000 and 2010, she continued her quest for objects and symbols in India and Italy, photographing advertising signs, piles of shoes and knives in storefront windows, relay masts swaying in the wind, and abandoned houses overgrown with vegetation.

In 2021, at the initiative of the Fondation Cartier, Graciela Iturbide travelled to Tecali, a village close to Puebla in Mexico where alabaster and onyx are mined and cut. A rare occurrence in her career, she abandoned black and white in favor of color photography to capture the pink and white stones being polished. The alabaster blocks on which writings and engravings are occasionally visible, stand out against the crystalline sky, like totems.

Heliotropo 37
The exhibition Heliotropo 37 takes its title from the street where Graciela Iturbide’s studio is located, in the Coyoacán district of Mexico City. The brick building was designed by her son, architect Mauricio Rocha, in 2016 at the photographer’s request. She wanted a tower of bricks protected from external regards, where it would be possible to meditate and work.
A series of photographs by artist Pablo López Luz documents this singular living and working space where Graciela Iturbide’s older negatives hang alongside Mexican folk art, plants and cacti, as well as large bookcases filled with the books of the photographers who inspired her. Today, in collaboration with Graciela Iturbide, Mauricio Rocha is responsible for the scenography of
this major portrait exhibition. Spectacular, radical but not without a certain restraint, his designs play on the materiality of the elements used and the wells of natural light, thereby creating an atmosphere conducive to contemplation; a temple-heir to Modernism and Mexican architectural tradition that offers a mirror to Graciela Iturbide’s compositions and a showcase for her photography.