James Cohan presents 11 Women, an exhibition of new paintings by Grace Weaver, on view at the gallery’s 52 Walker Street location. 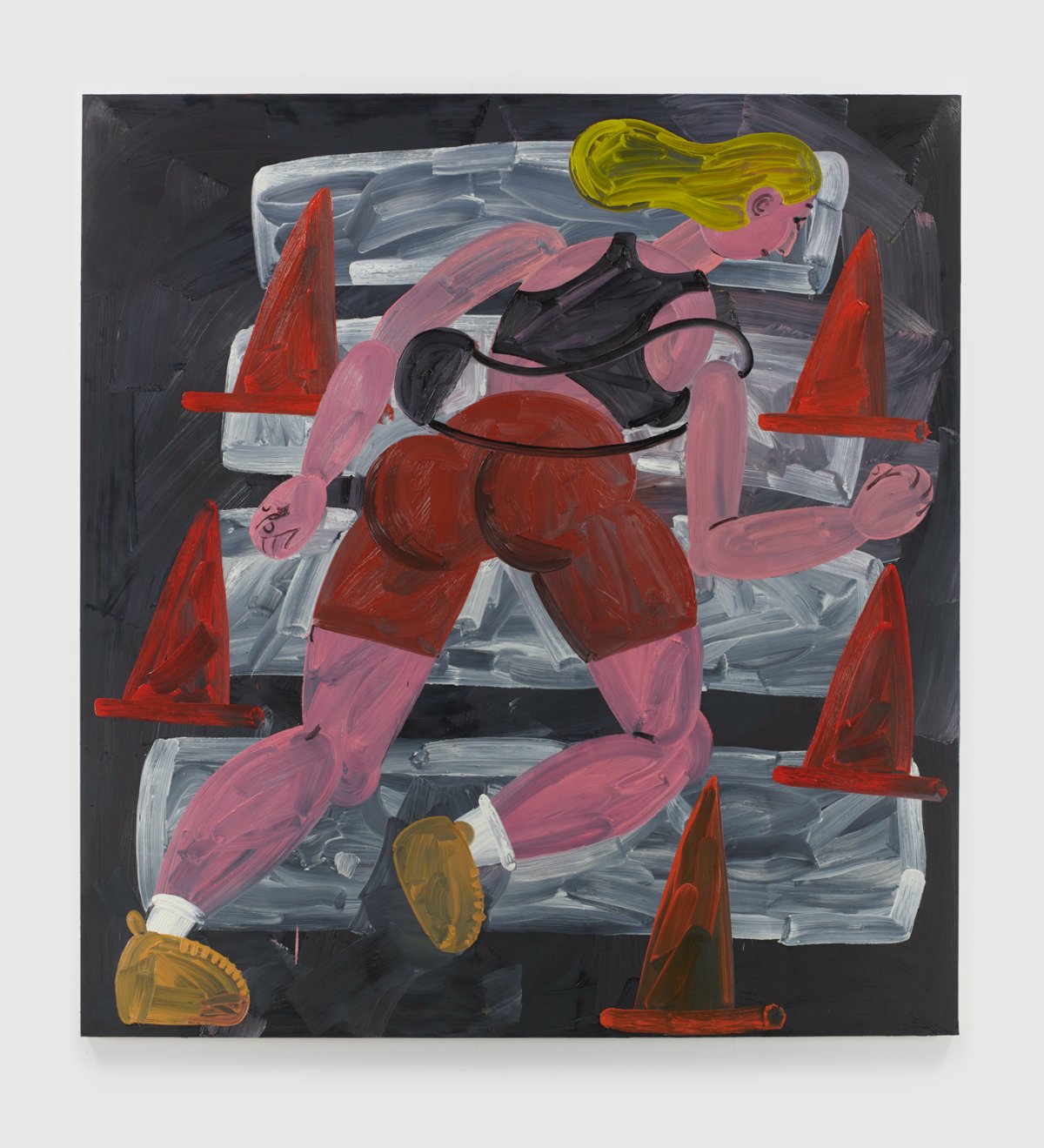 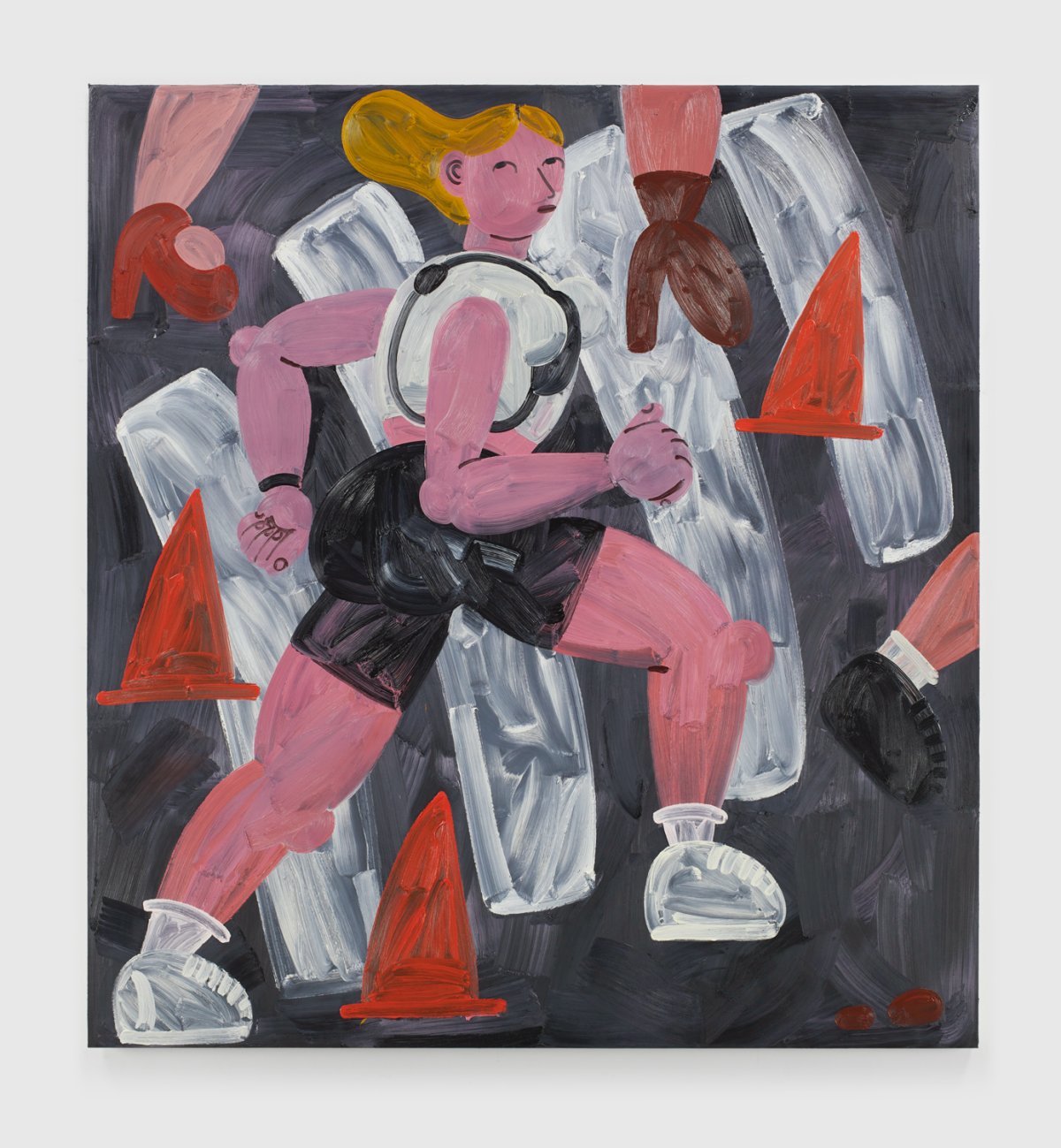 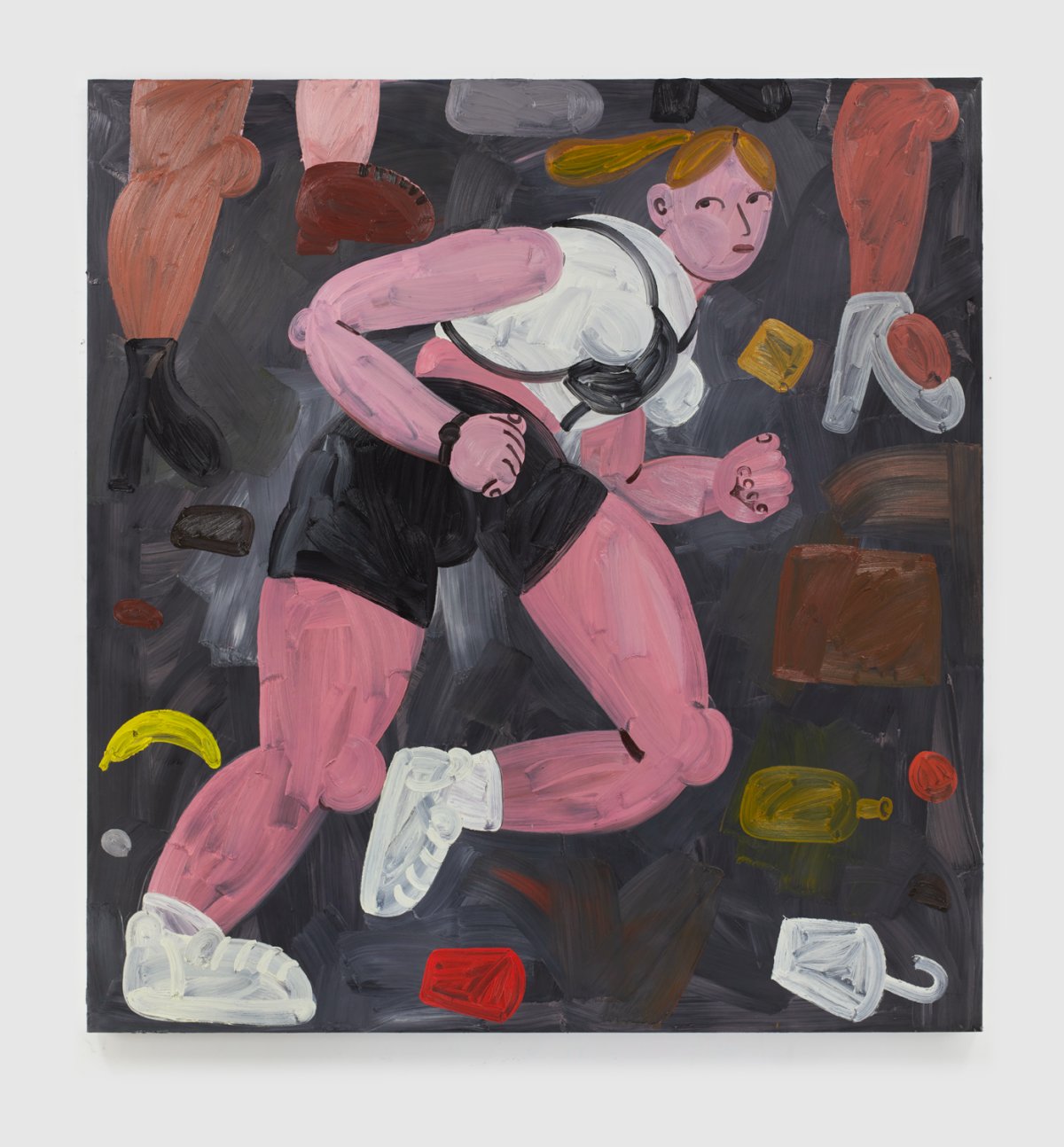 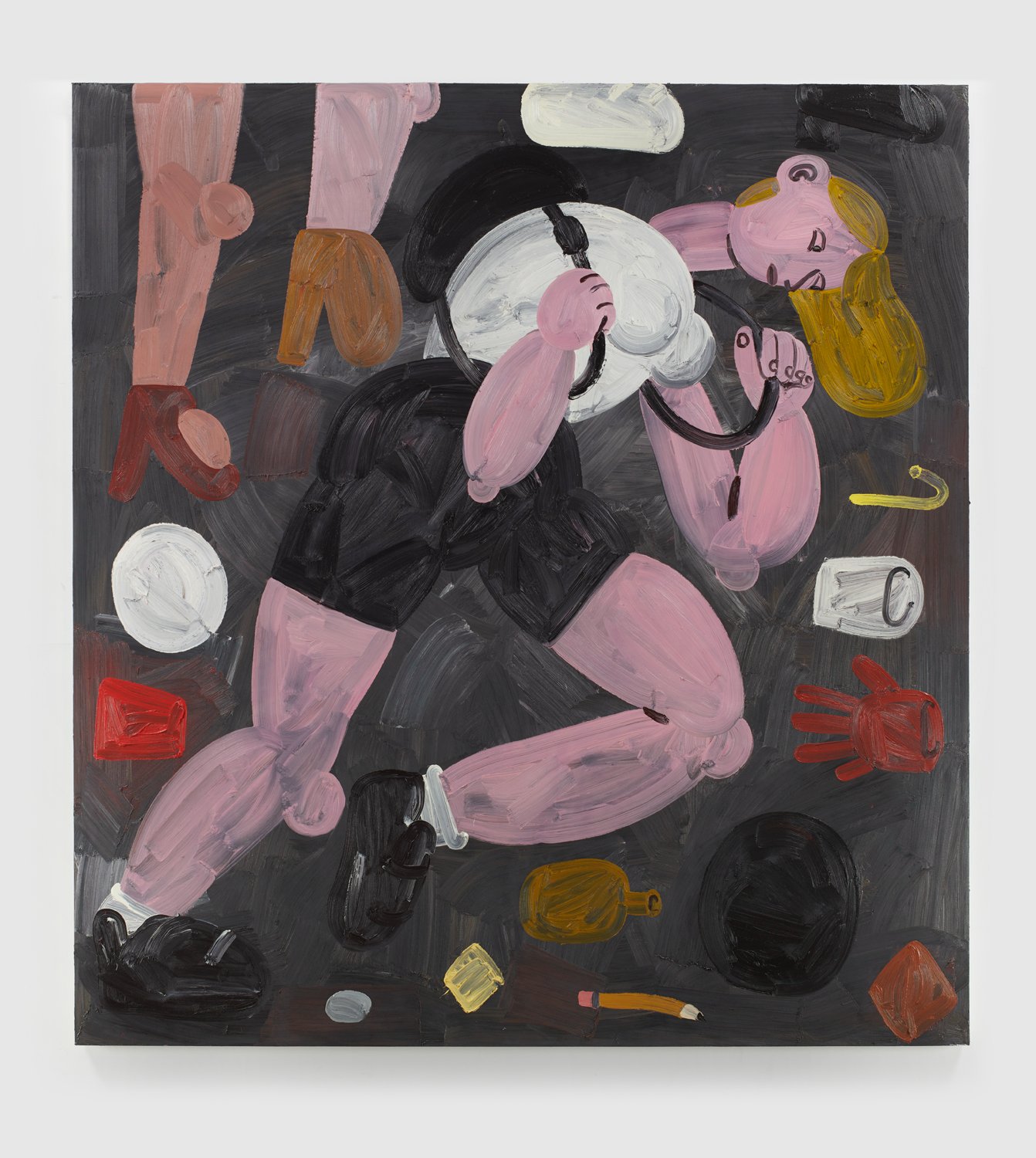 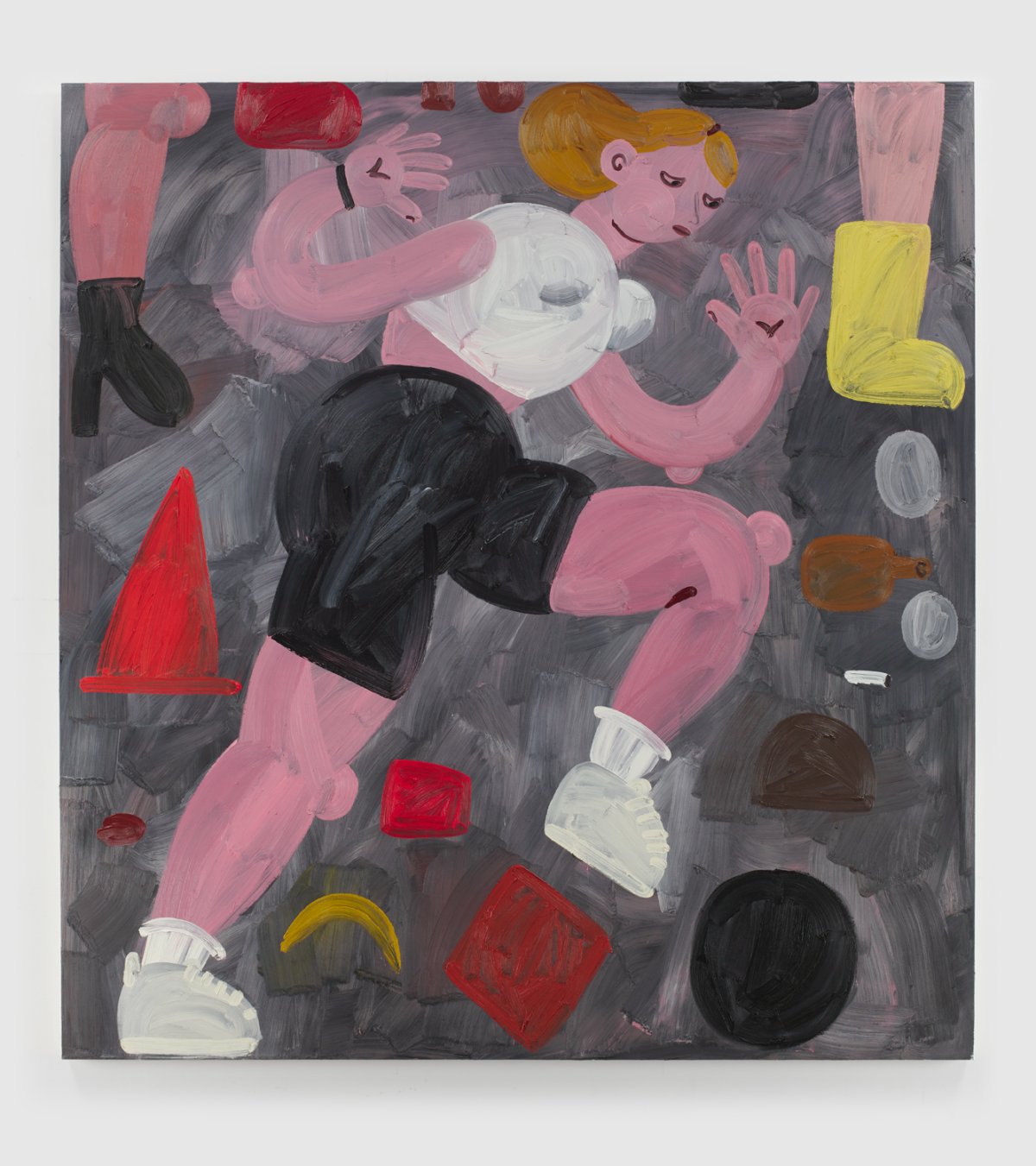 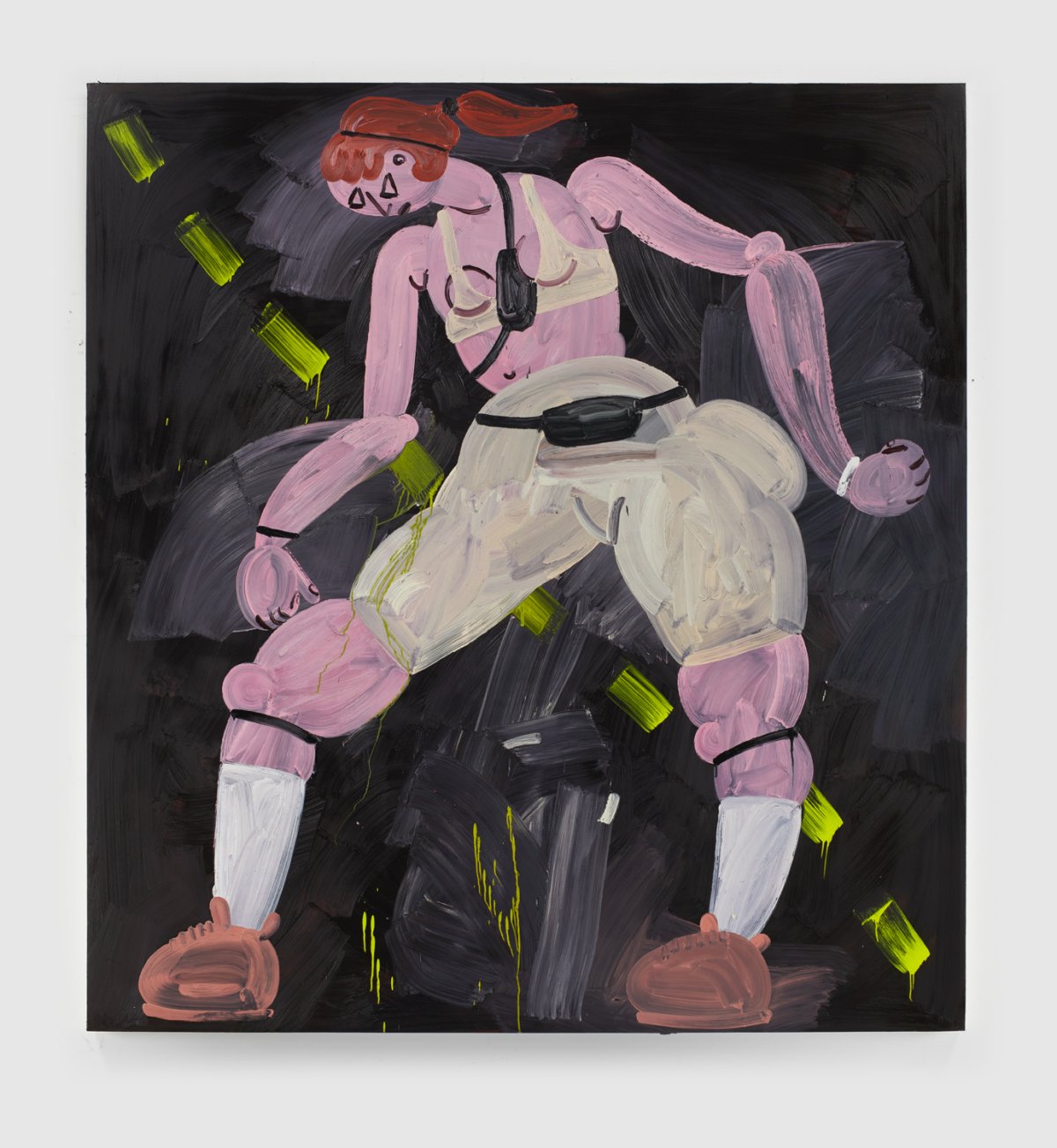 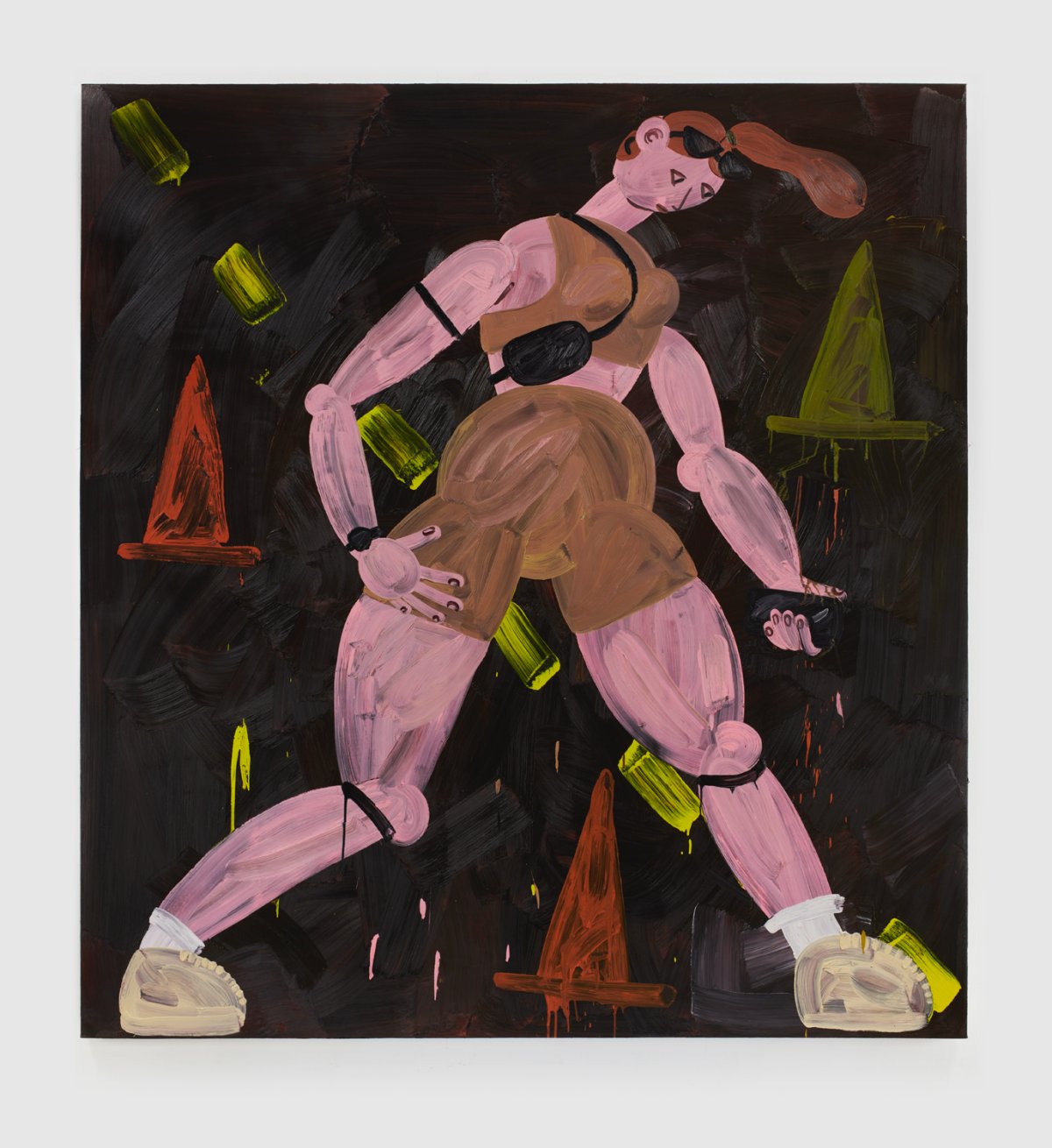 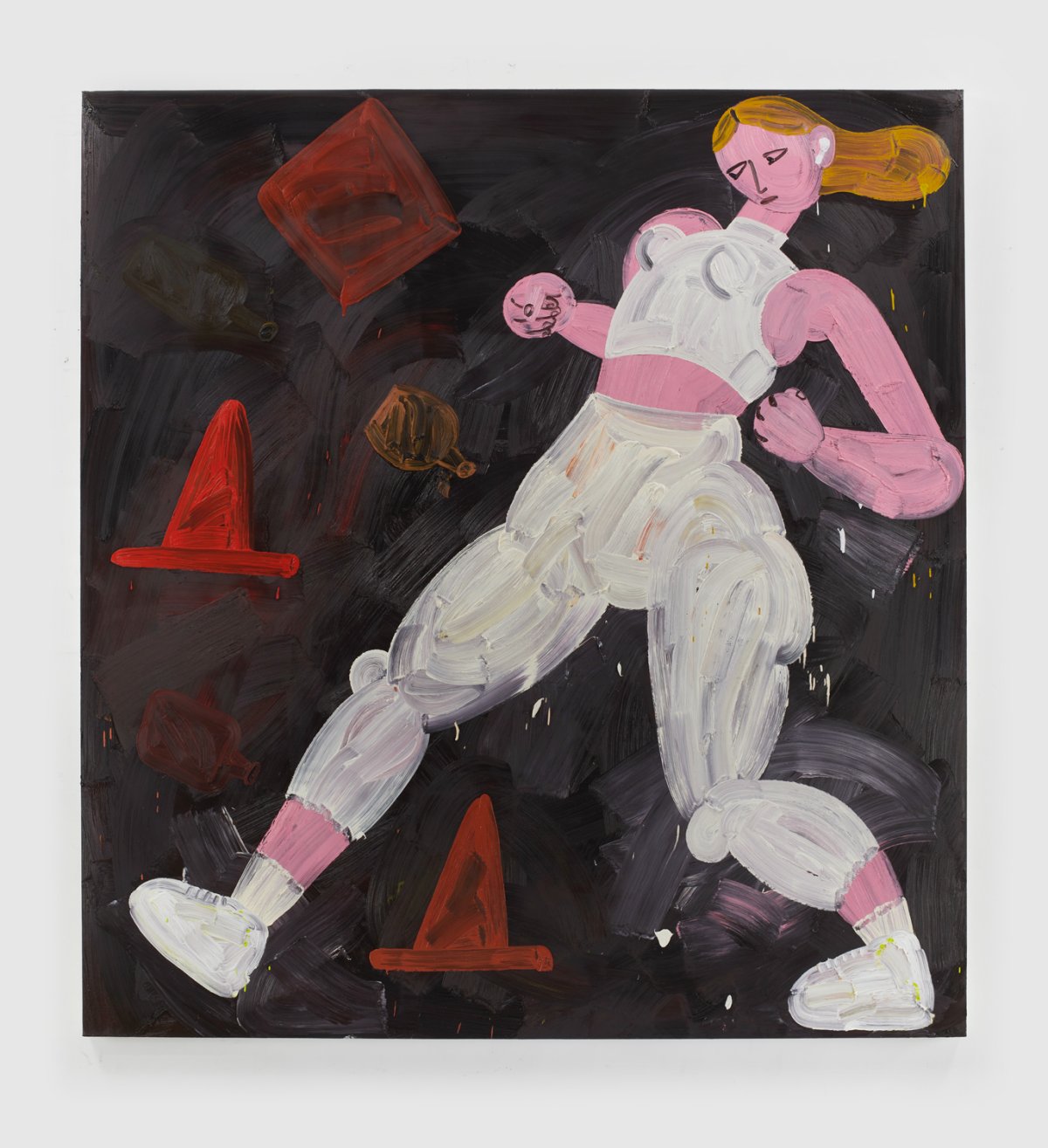 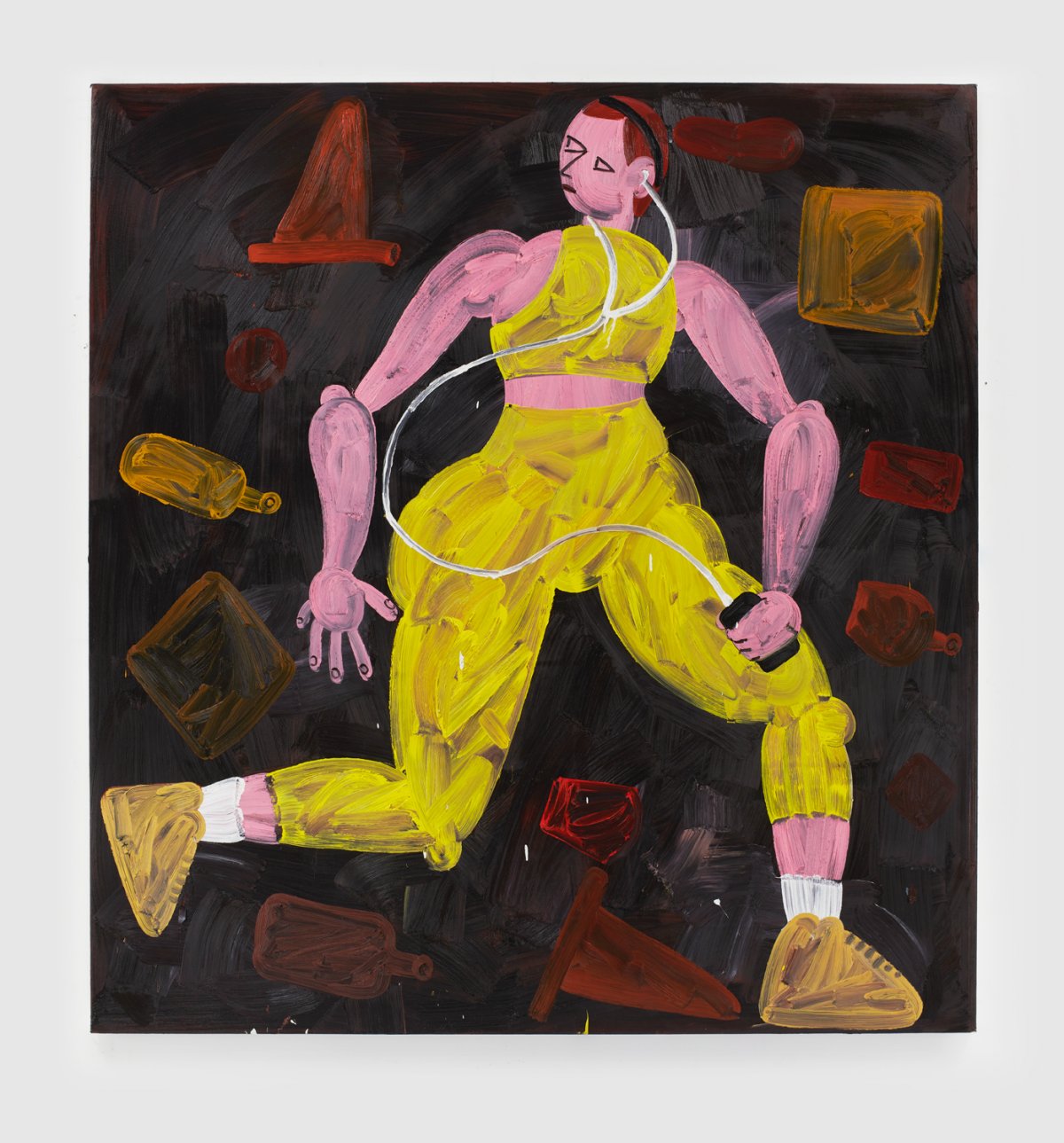 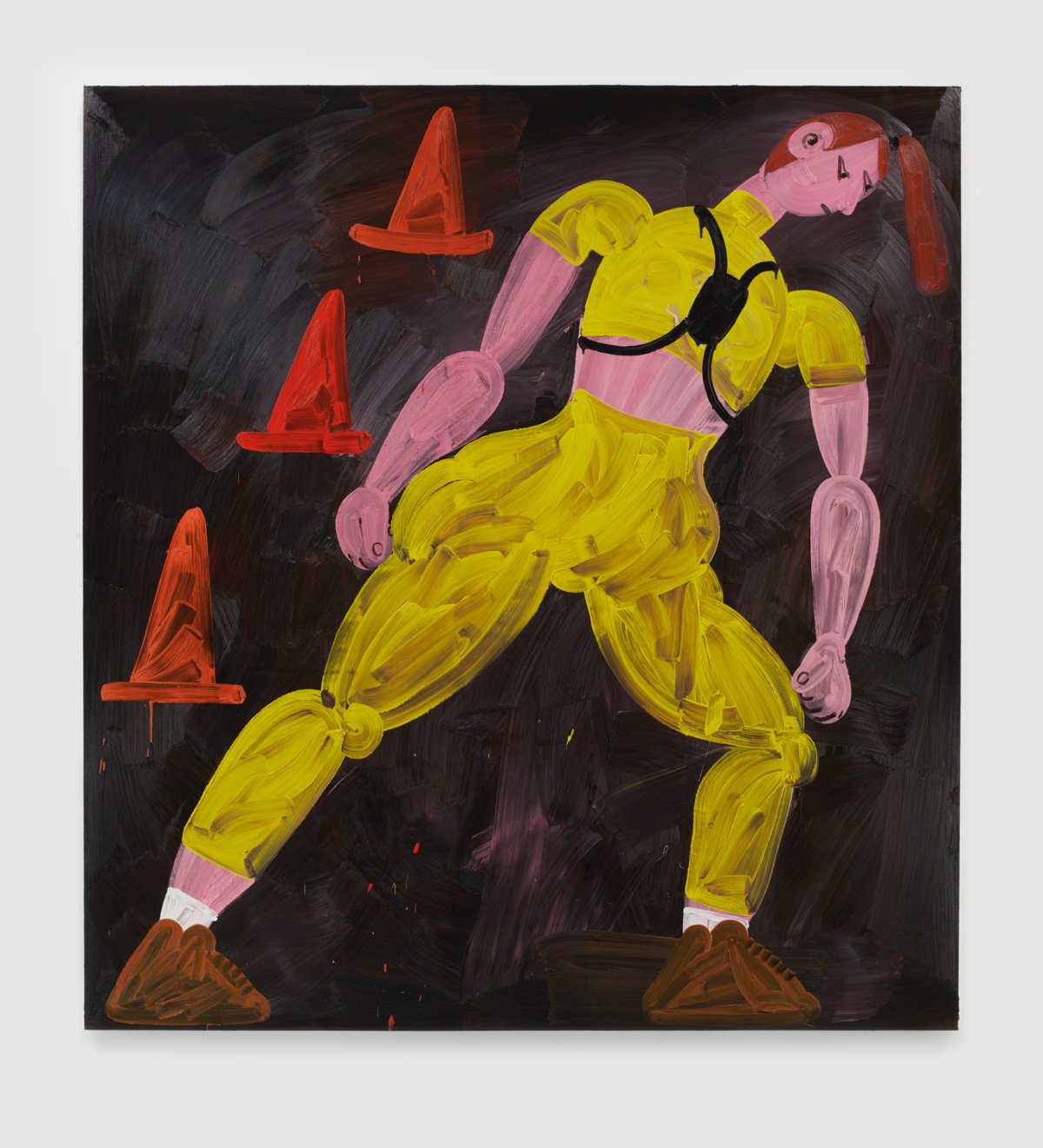 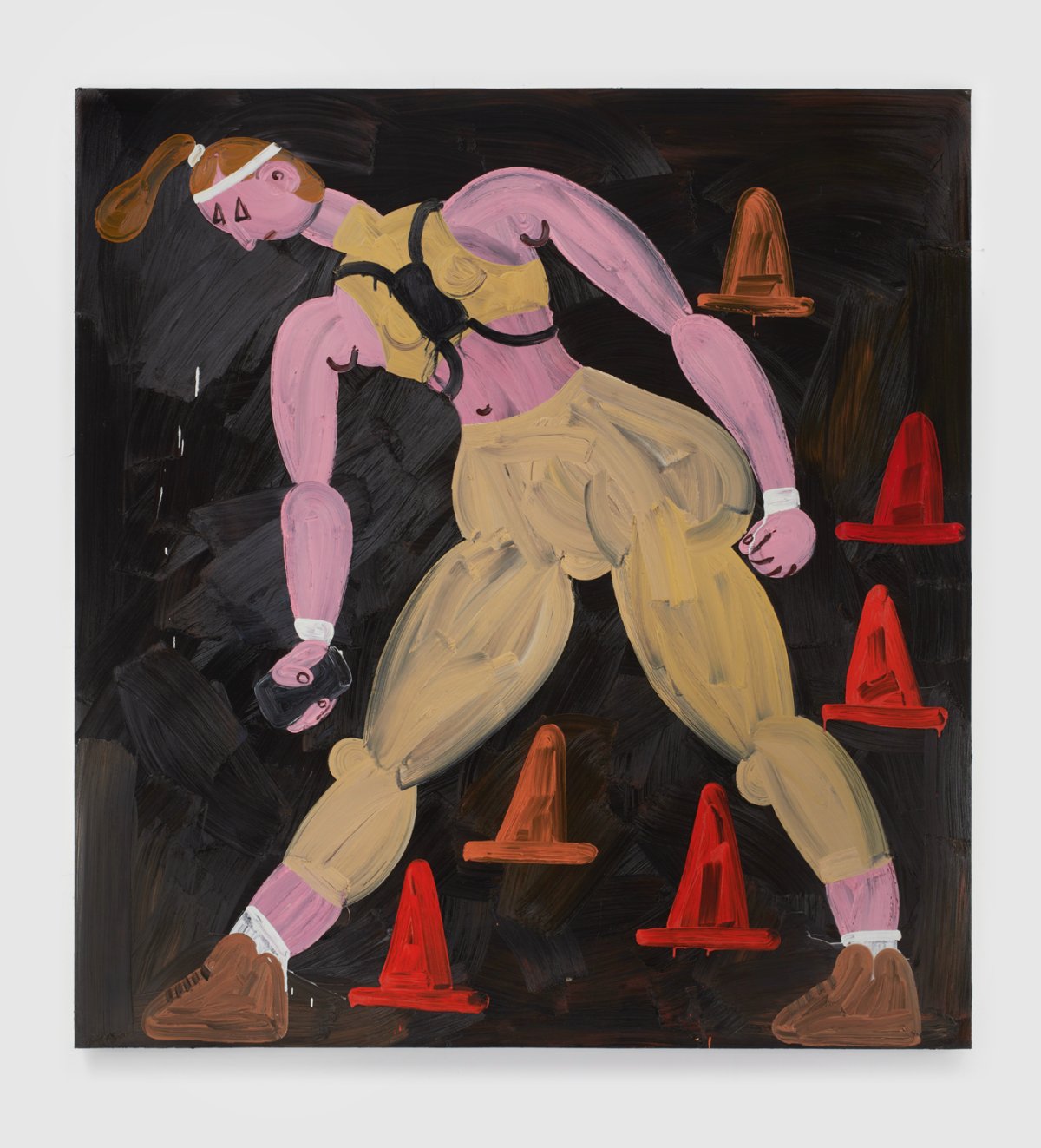 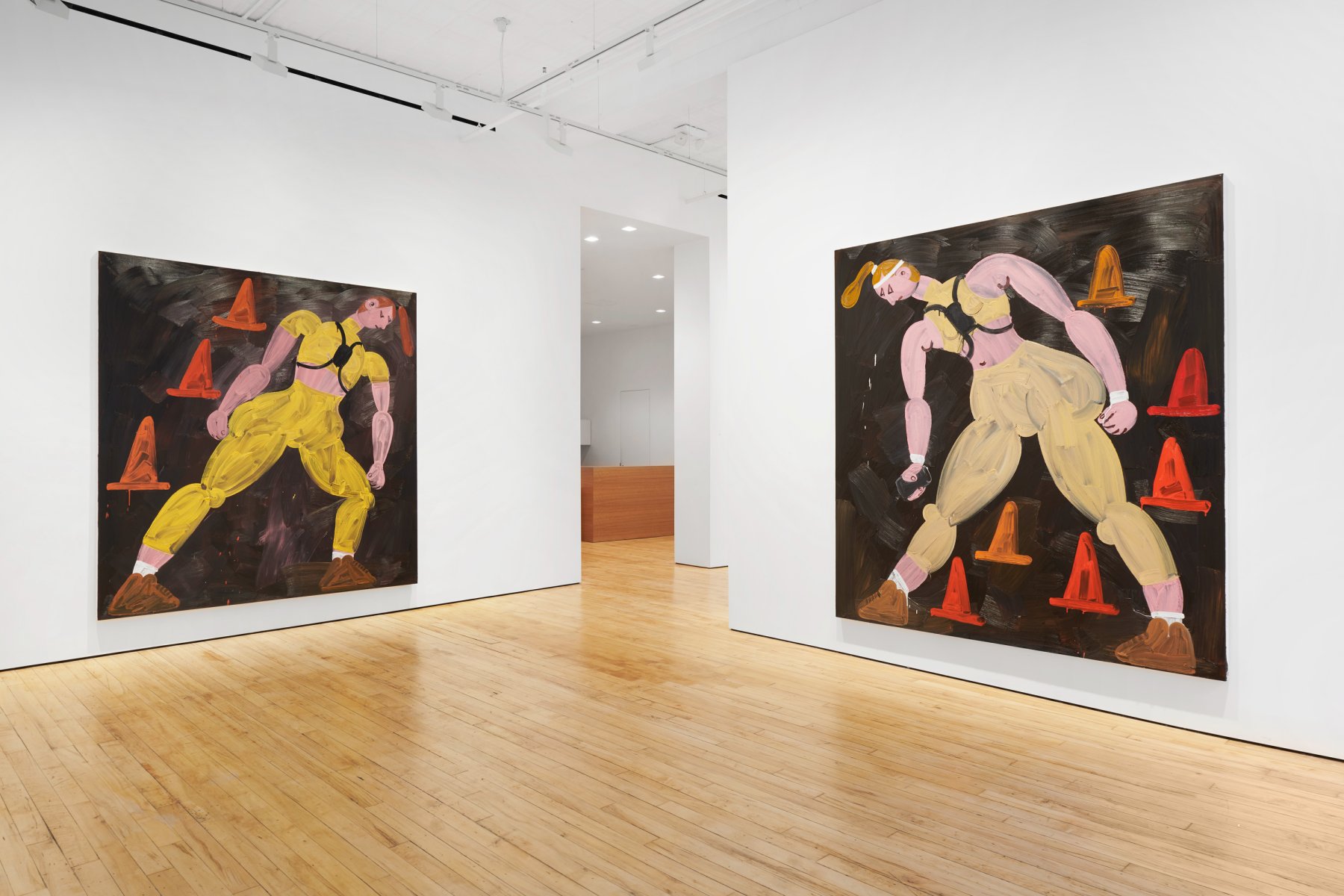 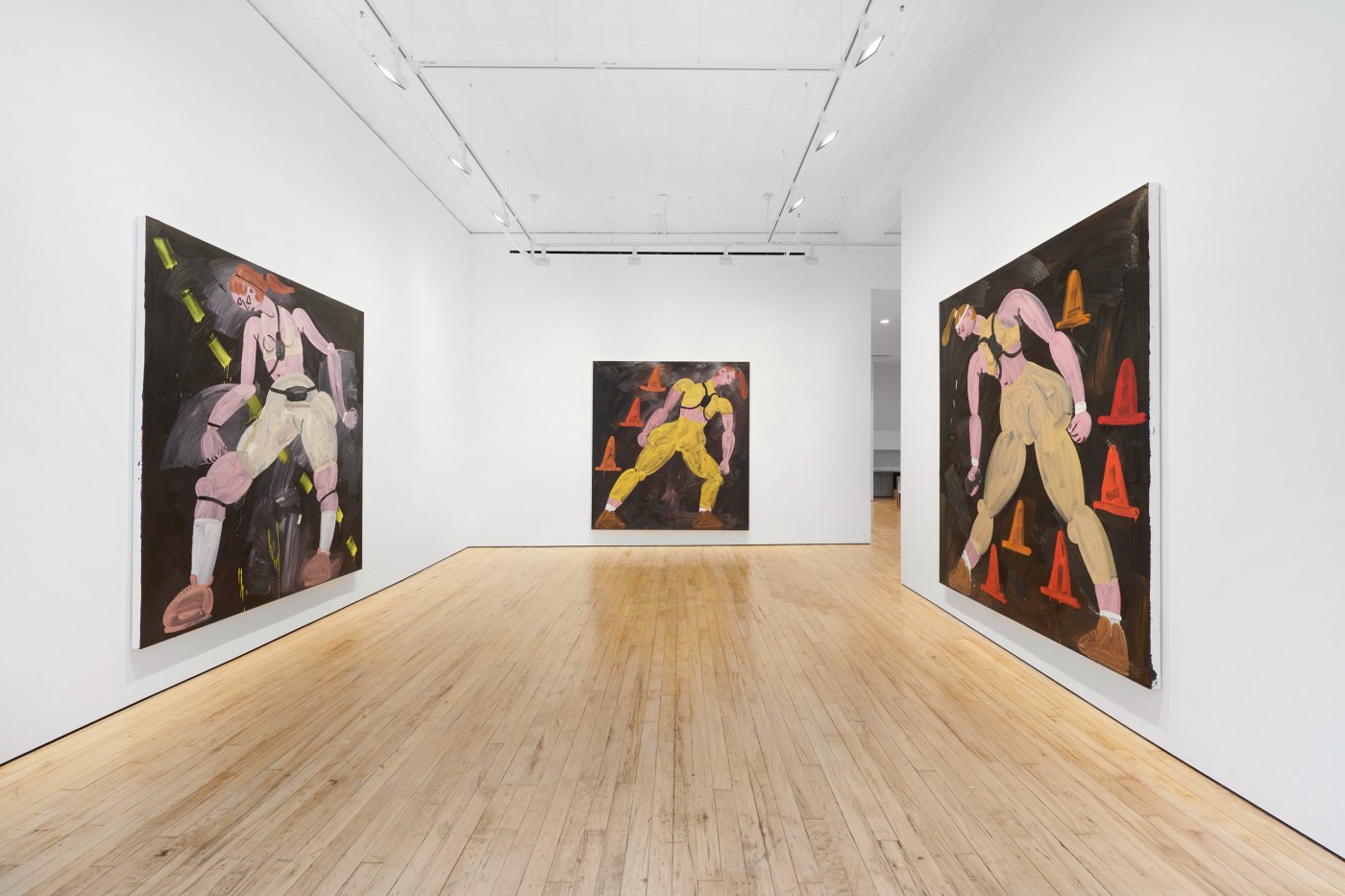 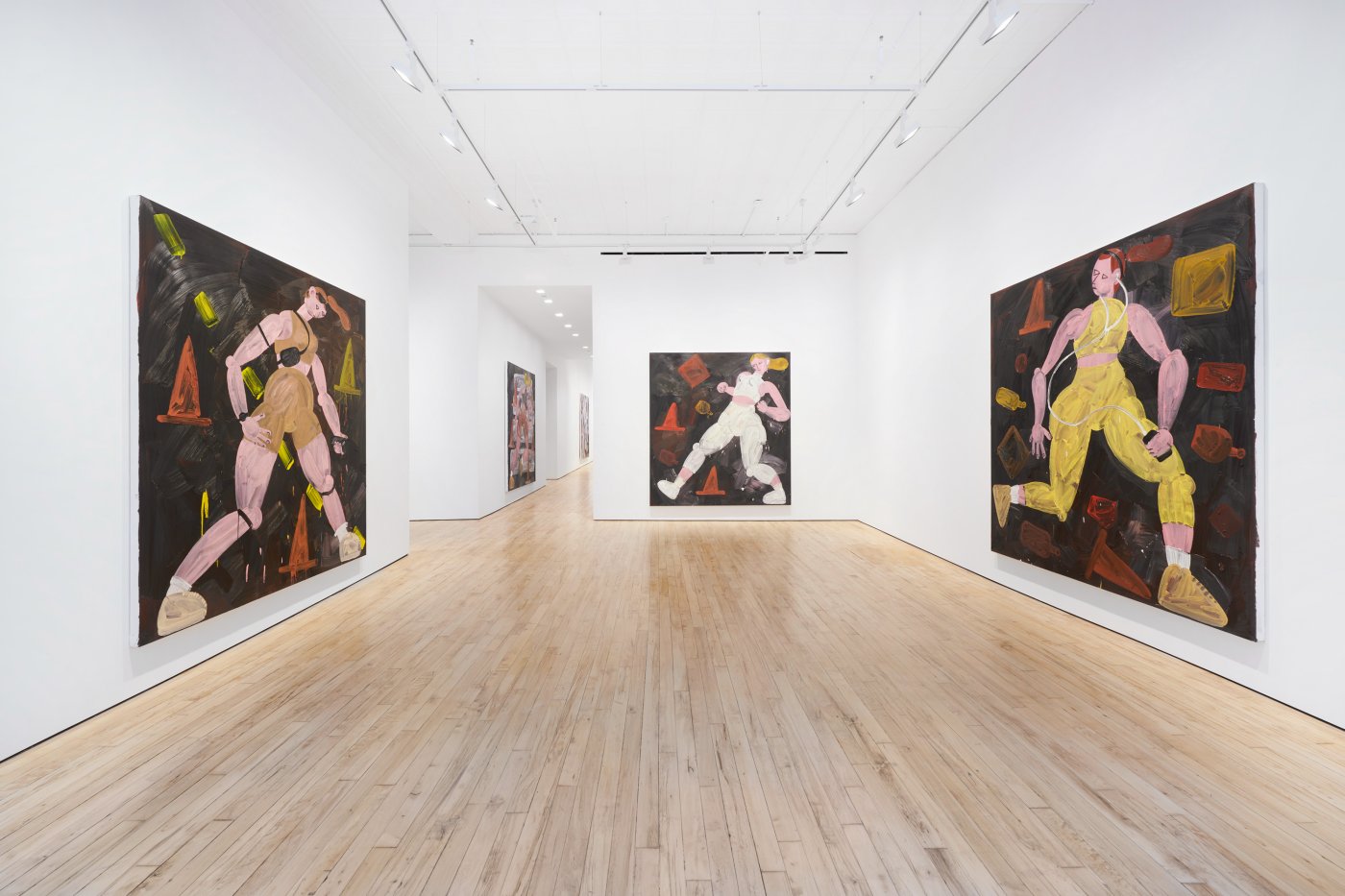 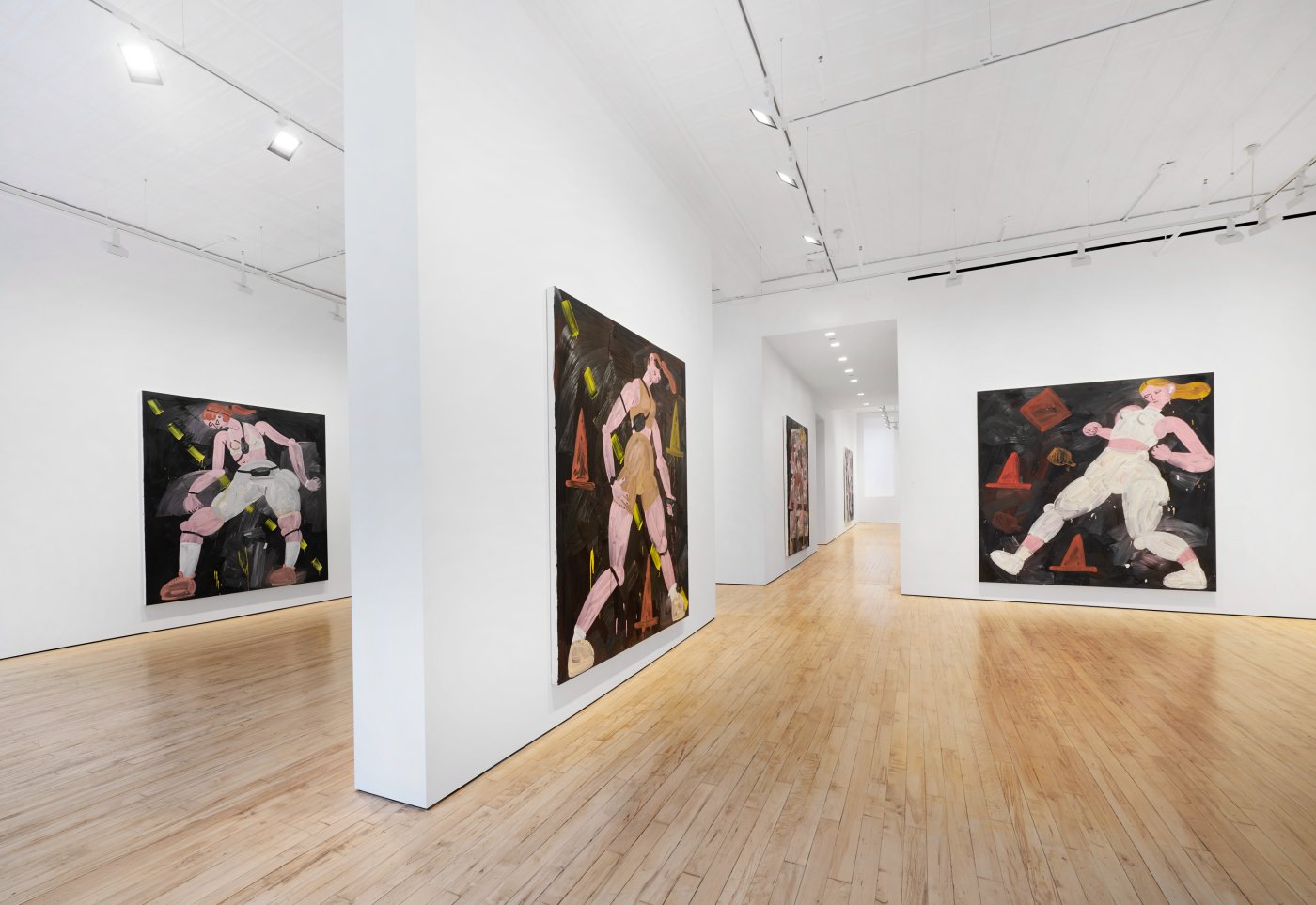 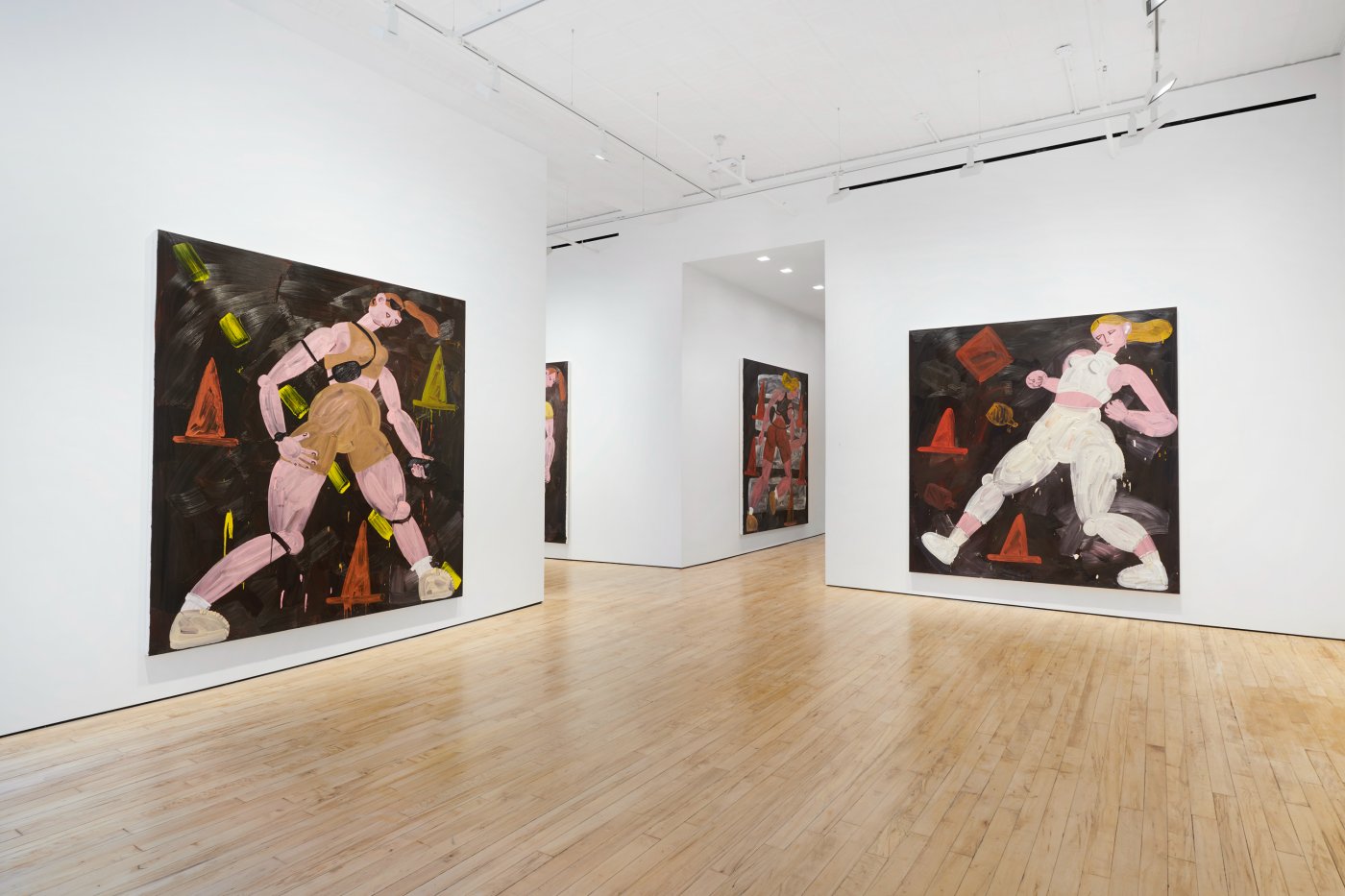 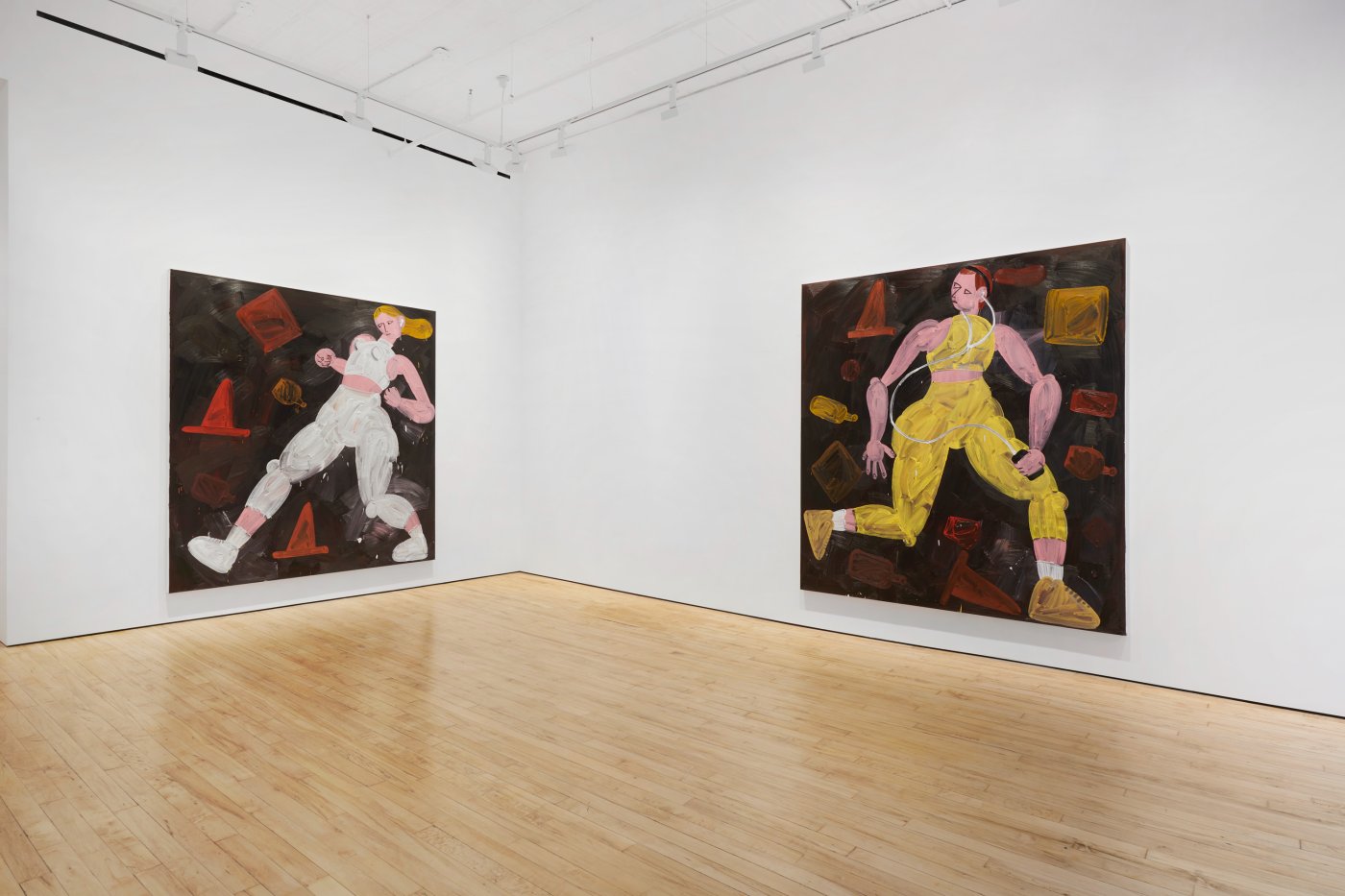 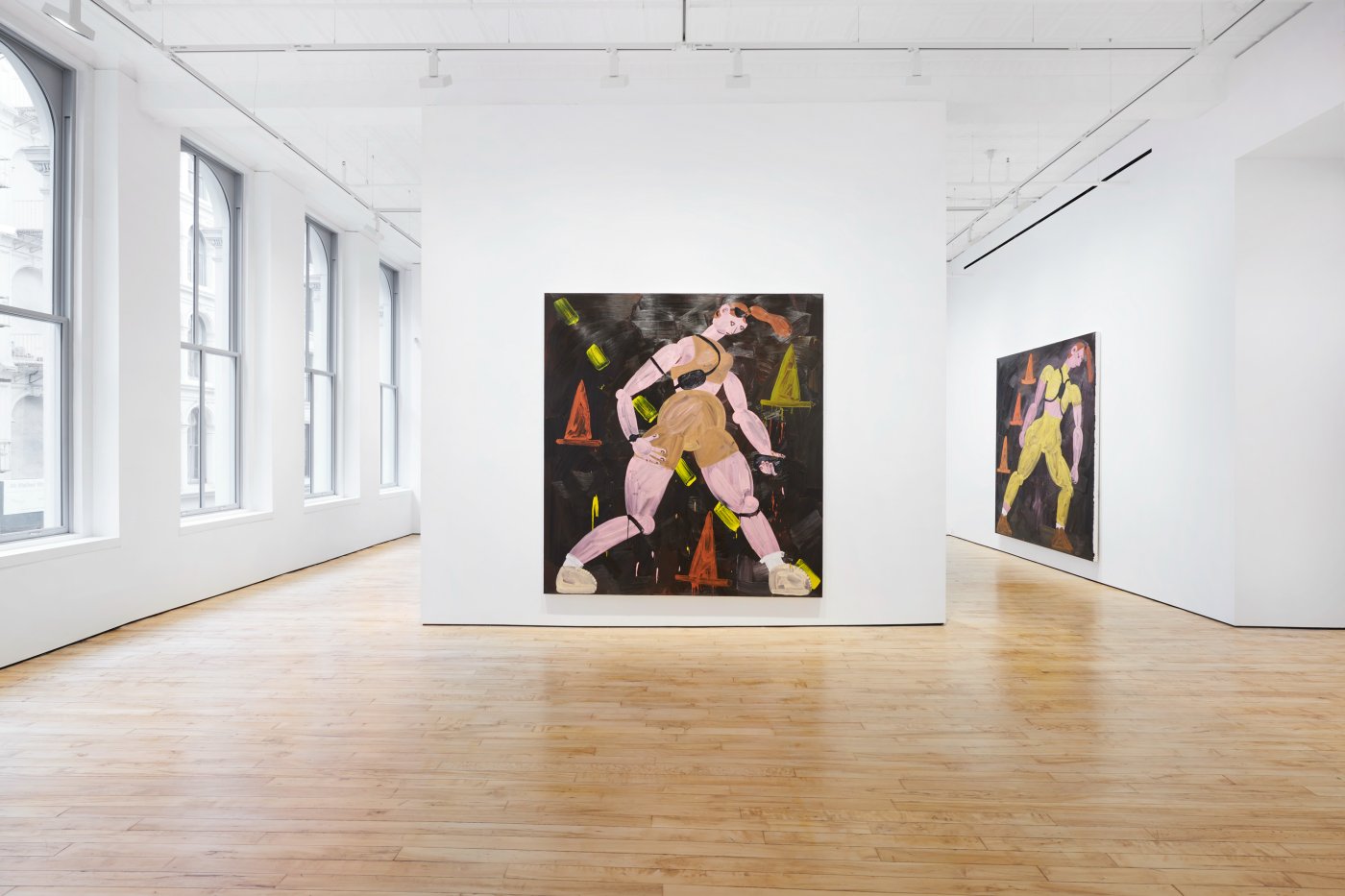 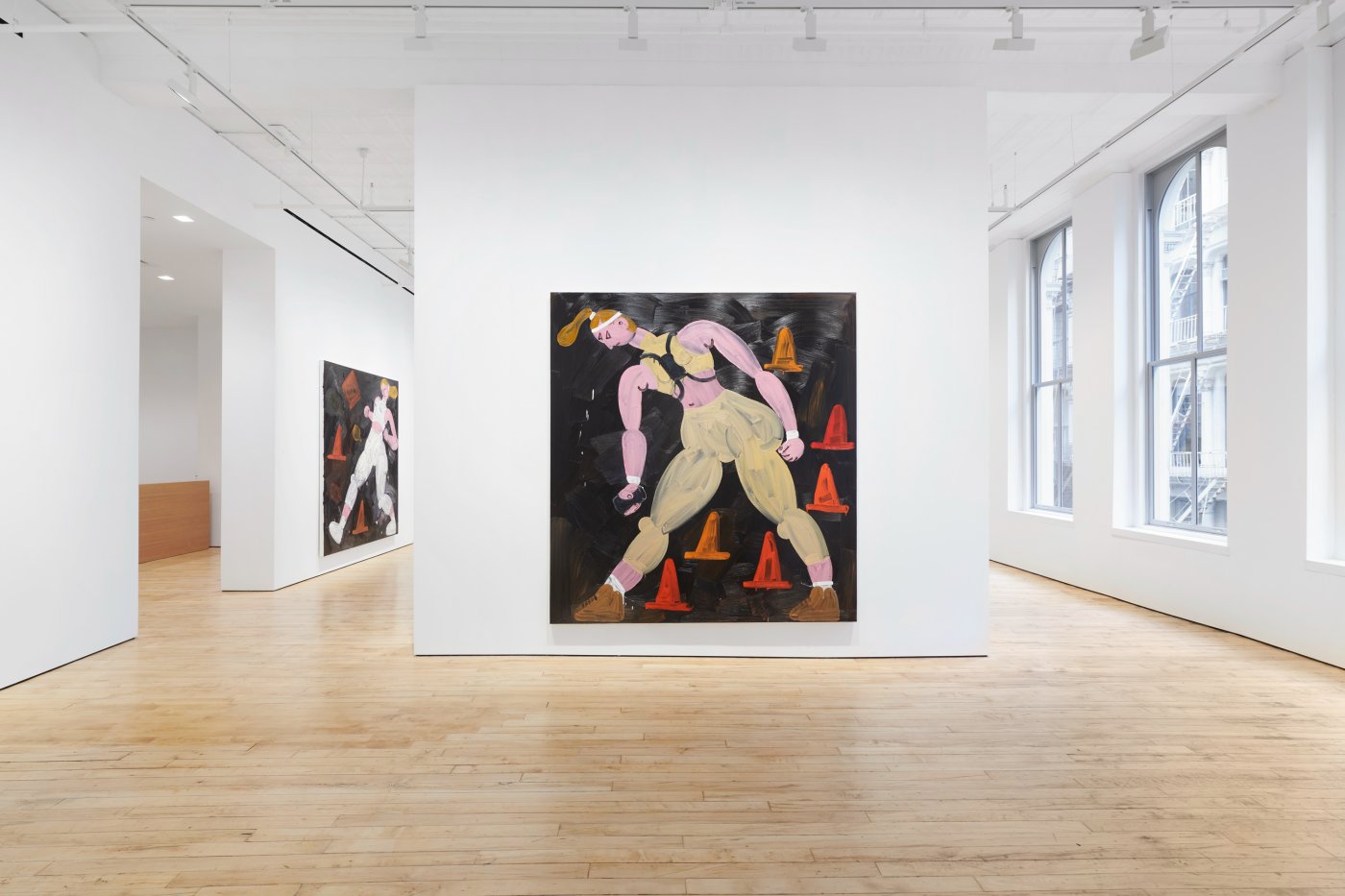 For her third exhibition at James Cohan, Weaver has created eleven paintings of monumentally-scaled women. Expressively executed in thick oil paint, the figures are arrested mid-stride as they navigate the hazards of city streets, their dynamic limbs rendered in pink against asphalt grounds. At once heroic and awkward, sturdy yet precarious, brutal but tender, her subjects contend with what it is to be a woman moving through—and taking up—space.

Weaver paints with unflinchingly bold gestures that embody the exaggerated physicality of her subjects. She has left behind the thin surfaces and smoothed edges that shaped her earlier paintings. Her subjects as well are weightier and more substantive. They draw on the legacies of both figurative and abstract painting with nods to Philip Guston, Maria Lassnig and Georg Baselitz.

Working serially within a set of fixed parameters, Weaver presses into the expressive possibilities of each figure. She paints her subjects from the inside out, giving form to an accumulation of bodily sensations and vulnerabilities, from the awkward constriction of exercise clothes or the wobbliness of a stomach, to the tentative strength of a leg thrust forward in motion or the sharp protrusion of an elbow or knee. Her compressed palette of soft blacks, chalky whites, bubble-gum pinks, day-glo oranges and acidic yellows resist an easy beauty. Painted wet-into-wet, the surfaces of the paintings provide a physical map of their own making. A concert of outsized gestures, drips, hesitations, and erasure gives form to a simultaneous sense of vitality and vulnerability that is impossible to disentangle.

Each of Weaver’s female protagonists is set within a seamless streetscape of dashed lines and distorted crosswalks as she navigates the loose ends of urban debris. Traffic cones, cigarette butts, coffee cups, empty bottles, and the occasional banana litter these streets, as much a landscape of the mind as the residue of actual experience. The figures–all knees and elbows, grasping smartphones and fanny packs–appear constrained by the obstacles and impediments of their depicted landscape, if not the boundaries set by the actual edges of the canvas. In this way, Weaver’s subjects become a vessel for the often unspoken complexities of existing as a body in public, and a stand-in for the artist’s own experience.

Grace Weaver (b. 1989, Vermont) received an MFA from Virginia Commonwealth University in 2015. Weaver has been the subject of solo exhibitions in New York, NY; Burlington, VT; Berlin, Oldenburg, Erlangen, and Reutlingen in Germany; Glasgow, Scotland; and Chennai, India. Her work is featured in the collections of institutions including FRAC des Pays de la Loire, Carquefou, France; ARoS Museum, Aarhus, Denmark; and the Pizzuti Collection of the Columbus Museum of Art, Columbus, OH. Weaver lives and works in Brooklyn, New York.

Courtesy of the artist and James Cohan Gallery