Alison Jacques Gallery presents the second of two exhibitions of the work of American photographer Gordon Parks (1912-2006) in collaboration with The Gordon Parks Foundation. 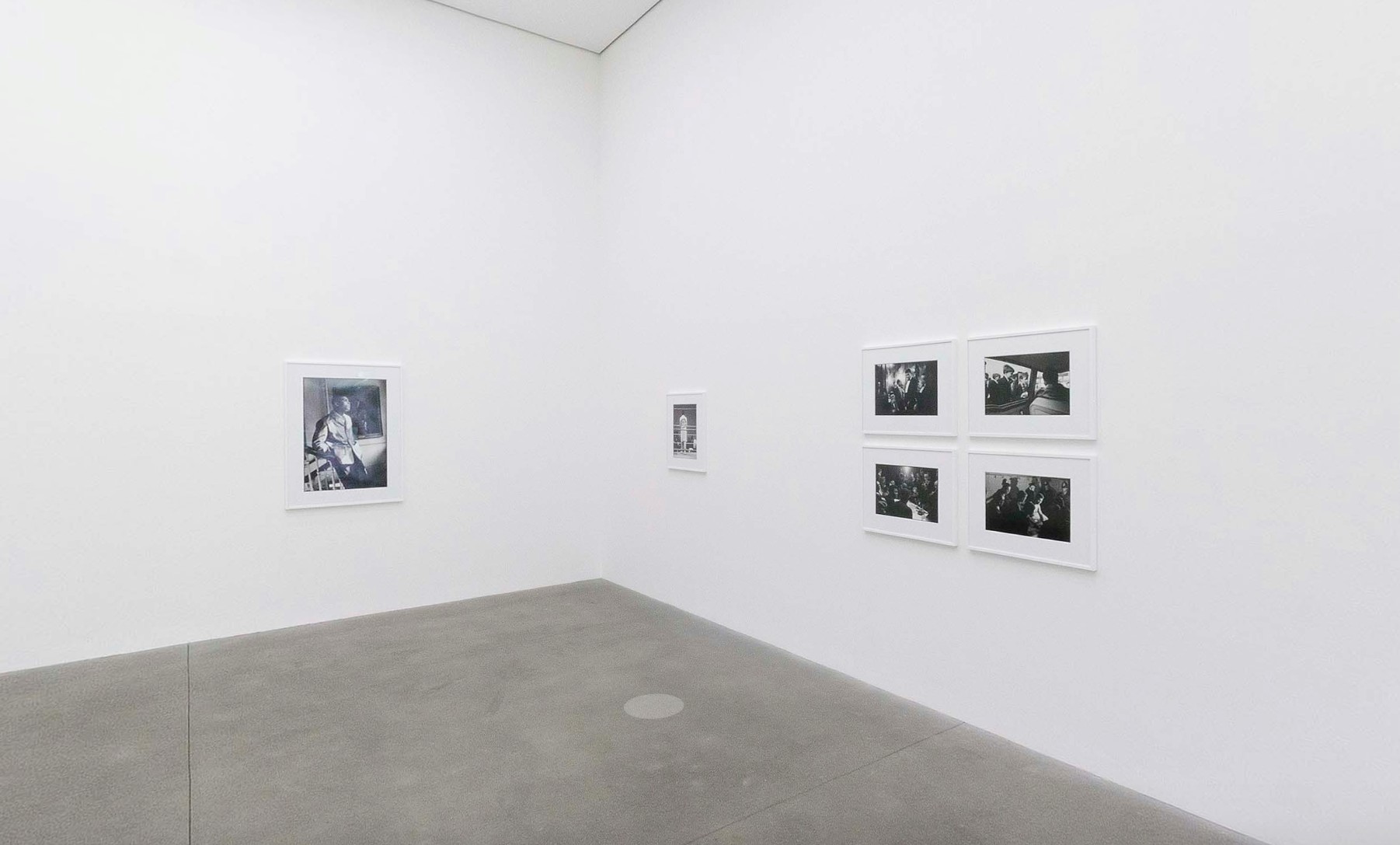 These exhibitions are the first solo presentations of Parks’ work to be held in London for over twenty-five years. Part One, 1 July – 8 August, focused on Parks’ Segregation in the South (1956) and Black Muslims (1963) projects. Part Two will focus on Parks’ intimate and nuanced portrait of the legendary athlete and human rights advocate Muhammad Ali. Receiving unprecedented access to the champion, Gordon Parks photographed and profiled Ali twice for Life magazine. The first photo essay entitled The Redemption of the Champion was published on 9 September 1966. Parks met Ali during his training in Miami, before flying to London to document the run up to his fight against Henry Cooper.

Ali’s conversion to Islam in 1964, his choice to change his name from Cassius Clay to Muhammad Ali, and his affiliation with the Nation of Islam were viewed with suspicion by many commentators and boxing professionals who scorned his religion and referred to him by his birth name instead of Muhammad Ali. Upon meeting Ali in Florida in 1966, Parks wrote in Life: I felt free to tell him quite directly that I had come to Miami to see whether he was really as obnoxious as people were making him out to be. Ali replied: No need to beat about the bush, brother.. I know why you came. Despite the 30-year age difference, the two men began an extraordinary friendship.

As Kareem Abdul-Jabbar writes in his essay Two Poets of Faith and Hope for the publication accompanying the 2019 Gordon Parks exhibition of Ali photographs at The Nelson Atkins Museum of Art, Kansas City: Both men were tenacious fighters. Both men bore the scars of lifelong racism. Both men were internationally acclaimed, yet both were more devoted to speaking out for social justice than seeking out personal success. And though both were celebrated for their nonverbal art—Ali’s balletic boxing and Gordon’s poignant photography—what truly bound them together was their powerful use of words, specifically poetry, to express their optimism for the promise of America—and frustration with the reality. And, more important, to inspire positive change.

These works mark a significant moment of transition for Gordon Parks, who—after remarkable success as a photographer—developed his artistic practice to further include works of literature (fiction and nonfiction), film and music. Through Parks we can see Ali as gracious, charismatic and witty, but also as an inspirational athlete, and a religious and courageous man, ultimately shaping today’s perception of Ali as an African American icon. Many of the photos in the exhibition have never been exhibited in the UK before or published in Life magazine; for example, when working on the 1966 story, Parks took over 850 photos of Ali and yet only 3 were included in the finished article, which Parks also wrote.

Here in London in 2020, amidst a time where Ali and Parks’ stance and message resonates more than ever, we are able to revisit Parks’ inspirational portrait of Ali:

I speak of a hero

Anger in his heart,

Fury in his fist,

And terror in his sleep.

Who Muhammad Ali is

is what he is

As he would say,

Exactly the way it is.

Gordon Parks, I Speak of a Hero,

from Moments Without Proper Names, 1975

This presentation follows on from the major touring exhibition ‘Gordon Parks: The New Tide, Early Work 1940-1950’, which started at the National Gallery of Art, D.C. (2018) and concluded at the Addison Gallery of American Art, Andover (2020). The exhibition ‘Gordon Parks X Muhammad Ali’ opened at the Nelson Atkins Museum of Art, Kansas City, in February 2020, accompanied by a comprehensive publication printed by Steidl. Parks’ Flávio series, published in 1961, was recently the subject of a major show at the J. Paul Getty Museum, Los Angeles. Earlier this year, The Museum of Modern Art, New York, announced their acquisition of fifty-four works by Gordon Parks from his Crime series.

Born into poverty and segregation in Fort Scott, Kansas, Gordon Parks was a humanitarian with a deep and life-long commitment to social justice. He developed a deeply personal style of photography and from 1948 created some of his most pivotal pictures at Life magazine. During his two-decade tenure at the internationally renowned news magazine, Parks contributed unique photo-essays exploring race relations, social justice, civil rights and urban life. Through The Gordon Parks Foundation, co-founded by Parks and his close friend Philip B. Kunhardt, Jr, the former managing editor of Life magazine, we can access Parks’ legacy which documented American culture and everyday life from the early 1940s to the 2000s. With achievements encompassing writing, poetry, composing, and filmmaking, Parks directed several feature films, including The Learning Tree (1969) and Shaft (1971). The Gordon Parks Foundation preserves the work of Gordon Parks, making it available to the public through exhibitions, books, and electronic media, also supporting artistic and educational activities that advance what Parks described as the common search for a better life and a better world.