Originally scheduled to open in March this year, Alison Jacques Gallery presents a two-part exhibition of works by the pioneering American photographer Gordon Parks (1912-2006), in collaboration with The Gordon Parks Foundation. This exhibition is the first solo show of Parks’ work to be held in London for over twenty-five years. Part one opens in July 2020, with part two following in September 2020. 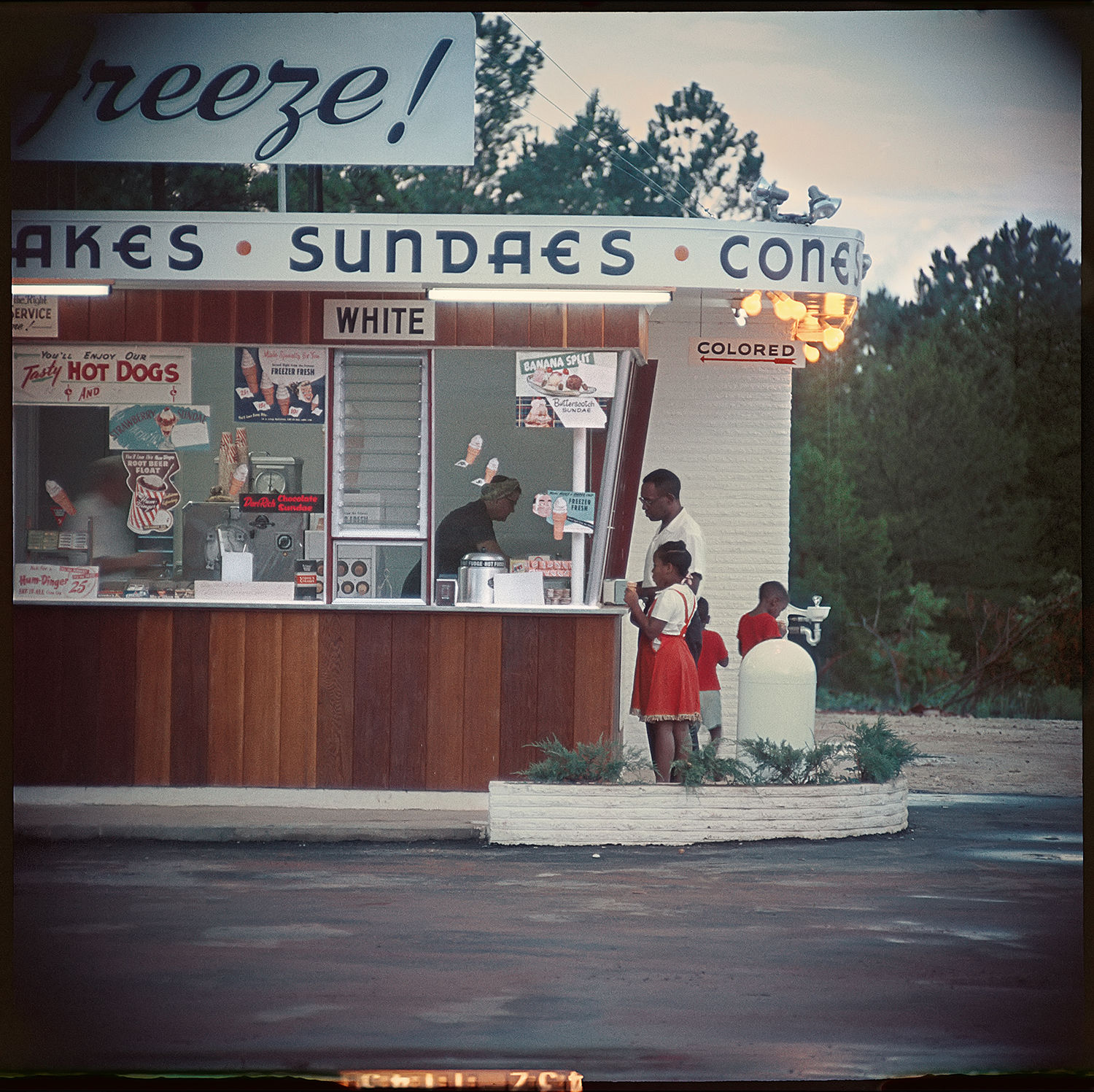 Born into poverty and segregation in Fort Scott, Kansas, Gordon Parks was a humanitarian with a deep and life-long commitment to social justice. He rapidly developed a deeply personal style of photography with a focus on race relations, poverty, civil rights and urban life. Parks left behind an exceptional body of work; a legacy that documented American culture and everyday life from the early 1940s to the 2000s, with achievements encompassing writing (fiction and non-fiction), composing, and filmmaking, having directed several feature films, including Shaft (1971).

He created some of his most pivotal pictures at Life magazine during his two-decade tenure at the internationally renowned news magazine. From 1948, Parks contributed unique photo-essays that explored race relations, social justice, civil rights and urban life.

This exhibition (Part One) focuses on two defining stories, Segregation in the South (1956) and Black Muslims (1963), both of which initially appeared in Life magazine. This period formed a critical moment in Parks’ career, coinciding with the burgeoning civil rights movement. The visionary images that constitute both these series offered visibility to often marginalised, anonymous families and misrepresented figures in American society at large. Parks’ interest in taking photographs stemmed from a desire to create meaningful change. As he commented, “I saw that the camera could be a weapon against poverty, against racism, against all sorts of social wrongs”.

Often spending weeks at a time on location, the value Parks placed on forming relationships with his subjects was immense. The artist’s intimate photographs revolutionized conventional depictions of those he portrayed.

Parks’ Segregation in the South chronicles racial division in 1950s Alabama. Standing apart from the civil rights photography of this period, which often focused on violence and brutality, Parks chose to illustrate this bleak time through affirmative images of community life. Documenting three related African American families, the pictures offer dignified portrayals of ordinary people engaging with the rhythms of daily life, tenacious in spite of the hardships of racial division. Focusing on mundane activities, and serene in tone, the artist wanted his work to inspire empathy. As he reflected, “I felt it is the heart, not the eye, that should determine the content of the photograph”. Looking beyond one’s own specific existence was the fundamental response that Parks was trying to encourage through his art.

In Black Muslims, Parks offered the world a multifaceted view of the black Muslim movement that had started to gather momentum in the United States at the beginning of the 1960s. Focusing on communities in New York and Chicago, Parks was able to access this typically insular group after gaining the trust of Elijah Muhammad, leader of the Nation of Islam. Scenes of peaceful protests and families at prayer are positioned next to powerful portraits of Malcolm X and Ethel Sharrieff, all of which stood in opposition to typical media portrayals of the group as a contentious force. Parks’ depictions helped to question preconceived and prejudiced attitudes towards the Black Power movement.

Considered together, these two bodies of work reveal that central to each story is an ideal that guided Parks throughout his career: to confront the challenges facing the nation by illuminating the inner lives of his subjects.

This driving force continues in Gordon Parks: Part Two, which opens later this year (1 September – 1 October 2020). This will focus on Parks’ portrayal of the American professional boxer, philanthropist and activist Muhammad Ali, nicknamed ‘The Greatest’, with a group of portraits taken in London and Miami, between 1966 and 1970. Ali had become an international celebrity after winning a gold medal at the 1960 Summer Olympics in Rome and was photographed by Parks at the height of his success. Parks accompanied Ali when he visited London in 1966 for his historic match with UK champion Henry Cooper, who unsuccessfully challenged Ali for the world heavyweight title. The brash young boxing star, who at the time was a controversial figure in the US, was presented by Parks in an unexpected light, as a humble and dedicated athlete. Four years later, in 1970, Parks profiled Ali again as he was training in Miami, preparing to win back his world heavyweight title from Joe Frazier. Crafting a powerful psychological portrait, these photographs helped to shift public opinion and contributed to redefining Ali’s career.

This presentation follows on from the major touring exhibition ‘Gordon Parks: The New Tide, Early Work 1940-1950’, which started at the National Gallery of Art, D.C., in 2018 and ended at the Addison Gallery of American Art, Andover, in April 2020. The exhibition ‘Gordon Parks X Muhammad Ali’ opened at the Nelson Atkins Museum, Kansas City, in February 2020, accompanied by a comprehensive publication printed by Steidl. Parks’ Flávio series, published in 1961, was recently the subject of a major show at the J. Paul Getty Museum, Los Angeles. Earlier this year, The Museum of Modern Art, New York announced their acquisition of fifty-four works by Gordon Parks from his Crime series.