An exhibition organized by Sophie Costes 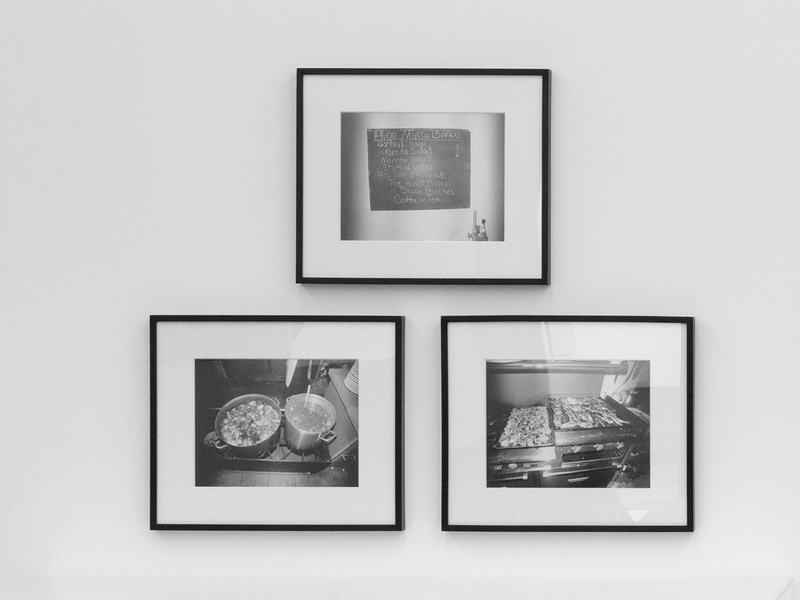 The restaurant “FOOD” opened in New York City in October 1971 at 127 Prince Street, at the corner of Wooster. Thanks to the commitment of Carol Goodden and Gordon Matta-Clark, during the three years of its existence, FOOD was a meeting place, providing food and work for artists, and a truly original collective experience. On Sunday evenings, there was the Special Guest Chef Night: Rauschenberg served there a Chili of his own invention and the Matta Bones can be included among the legendary dishes of this restaurant, which also highlighted Cajun cooking, and one of his emblematic recipes, the Gombo. “FOOD” was a place for culinary communion, where nourishment became a creative, festive event. Matta-Clark regularly experimented with unusual cooking techniques (Photo-Fried, Agar-Agar…) and all the ephemeral events that he organised led to parties, such as the Brasero placed on the platform of the Dumpster Duplex, the second version of Open House, in October 1972.

While this experience brought together around its two founders other figures of the New-York underground (Tina Girouard, Suzanne Harris, Rachel Lew, the members of the anarchitecture group and contributors to the review Avalanche…), the renown of Matta-Clark’s work has now crystallised attention around him. It was in particular during the refurbishing of the restaurant that he made his first “cuttings”: “One of the first times that I can remember using cuttings as a way to redefine a space was at the restaurant ‘FOOD’, launched during the first days of SoHo… We put on shows and created a theatre of food. The first version of this space was not practical enough for our needs, when the restaurant became a business. So I had to spend the second summer redesigning the site. I did it by cutting up what had already been constructed and turning it into work spaces. I then attended to the walls and other partitions that divided up the inner space. This was perhaps the last time that I used cutting, the process of cutting-up for practical purposes”.

“FOOD” has become an urban legend, with Matta-Clark, for a while, thinking of selling the concept to Léo Castelli.