Glenn Ligon. It’s Always a Little Bit Not Yet

Glenn Ligon. It’s Always a Little Bit Not Yet 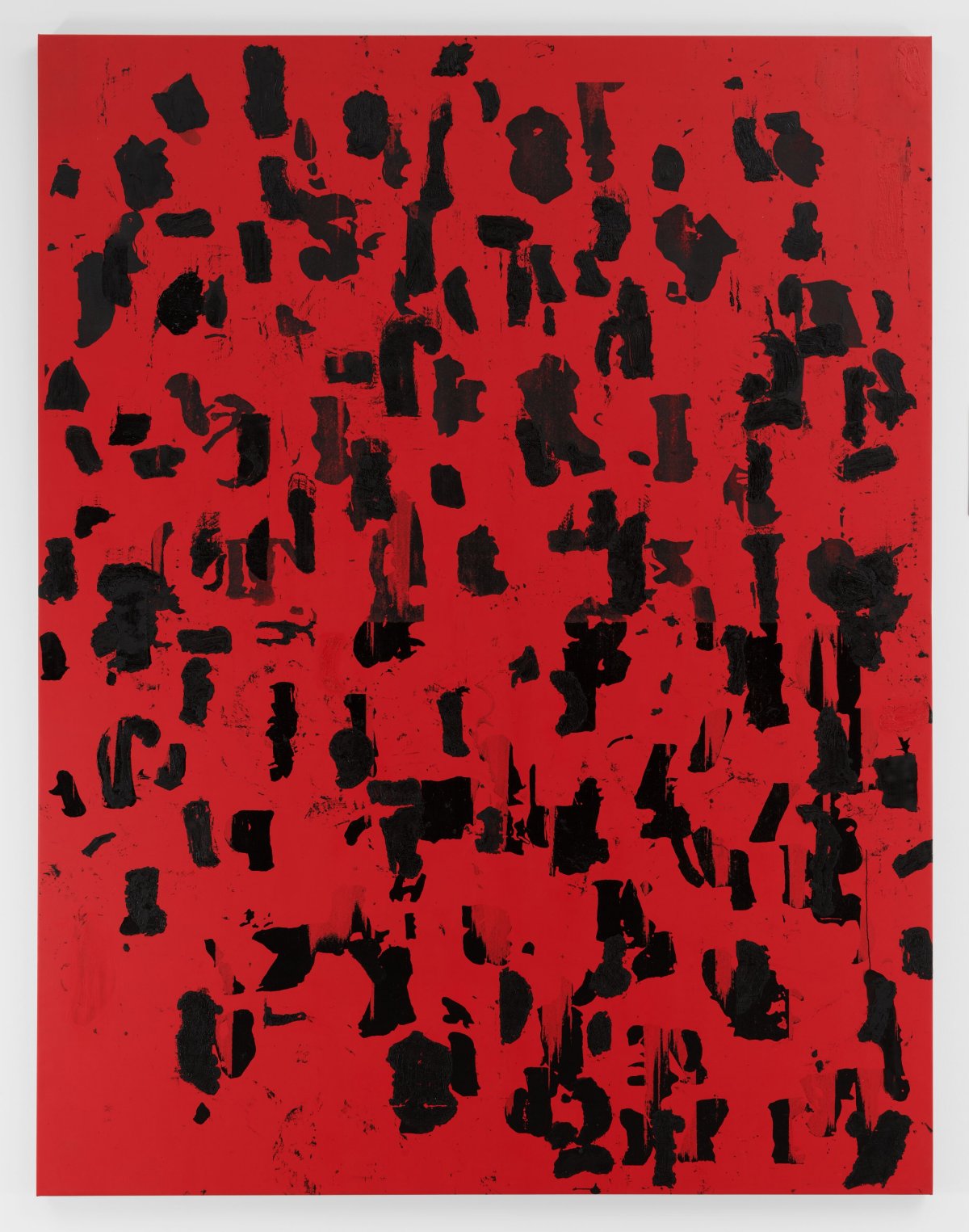 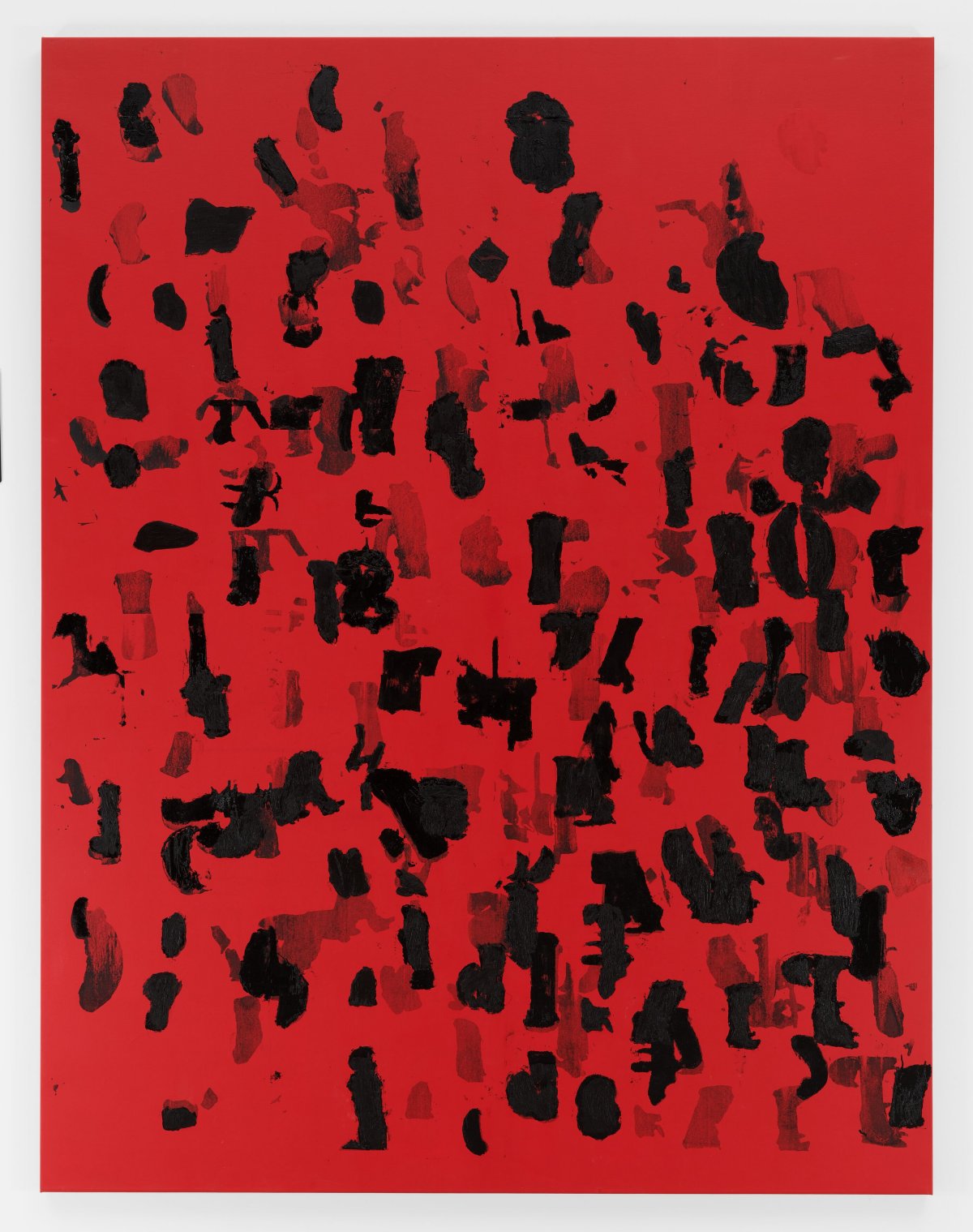 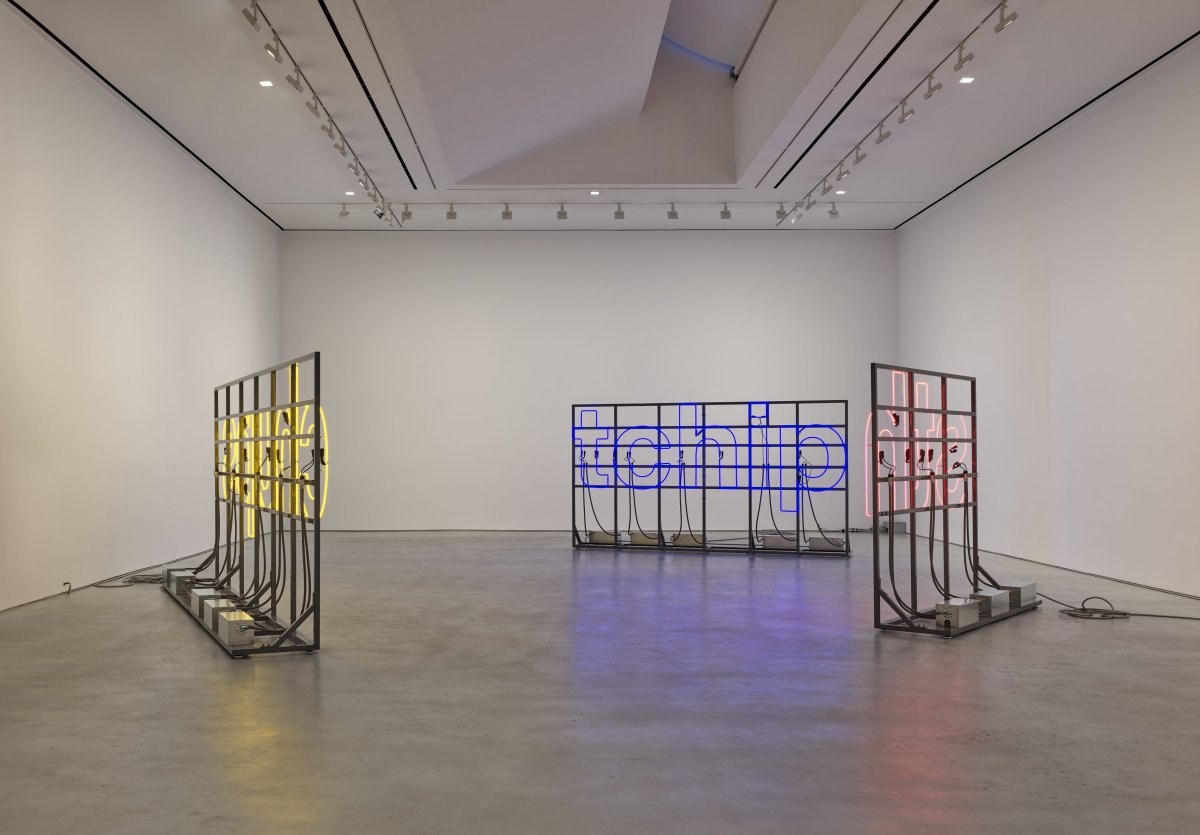 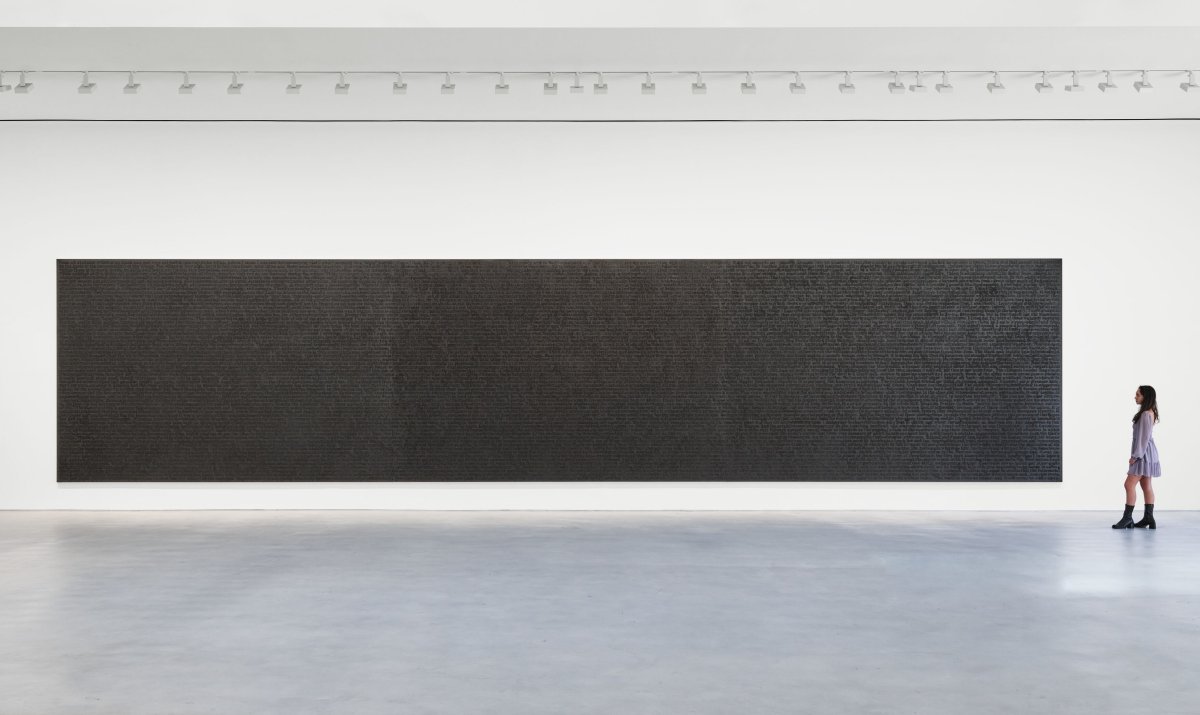 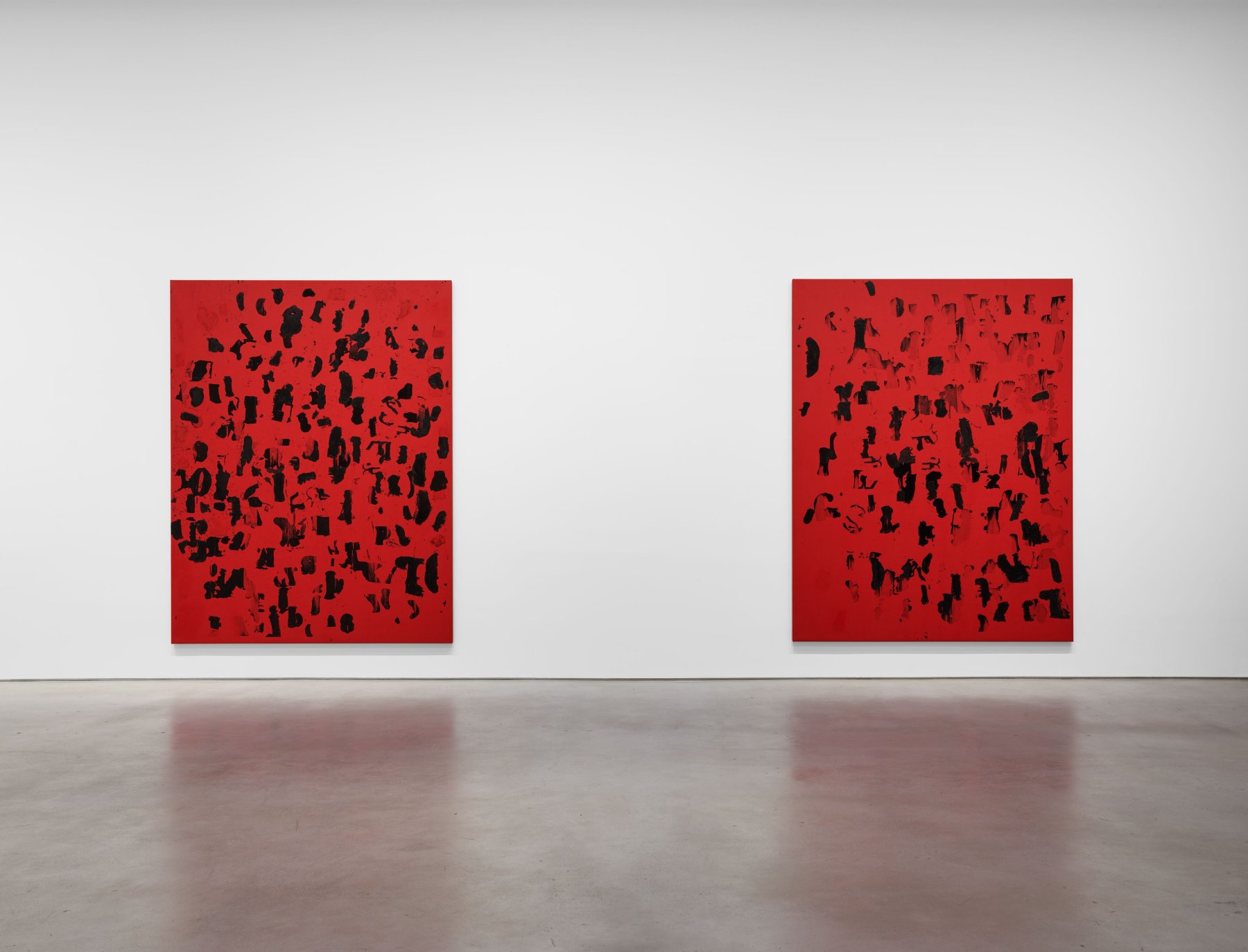 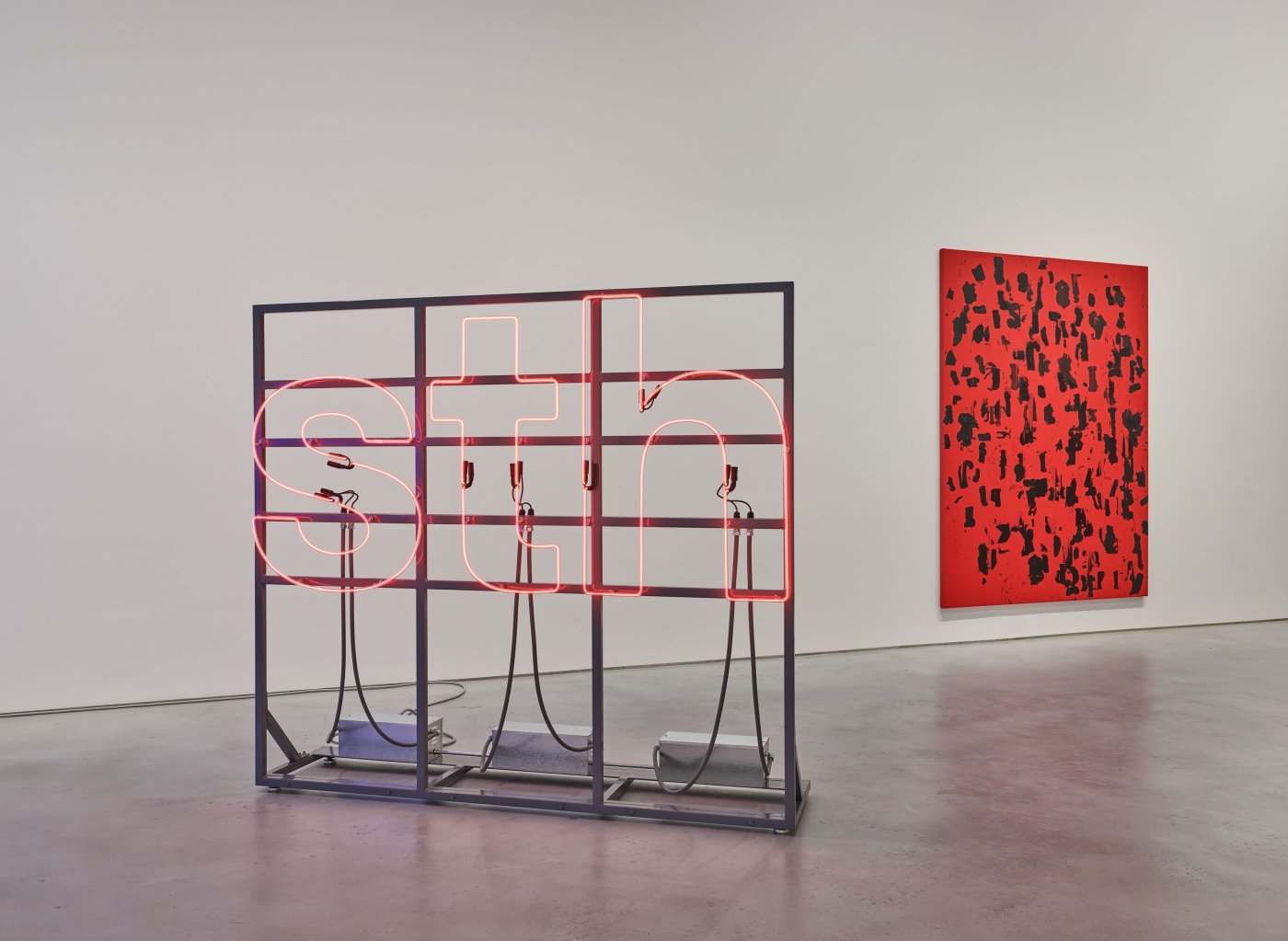 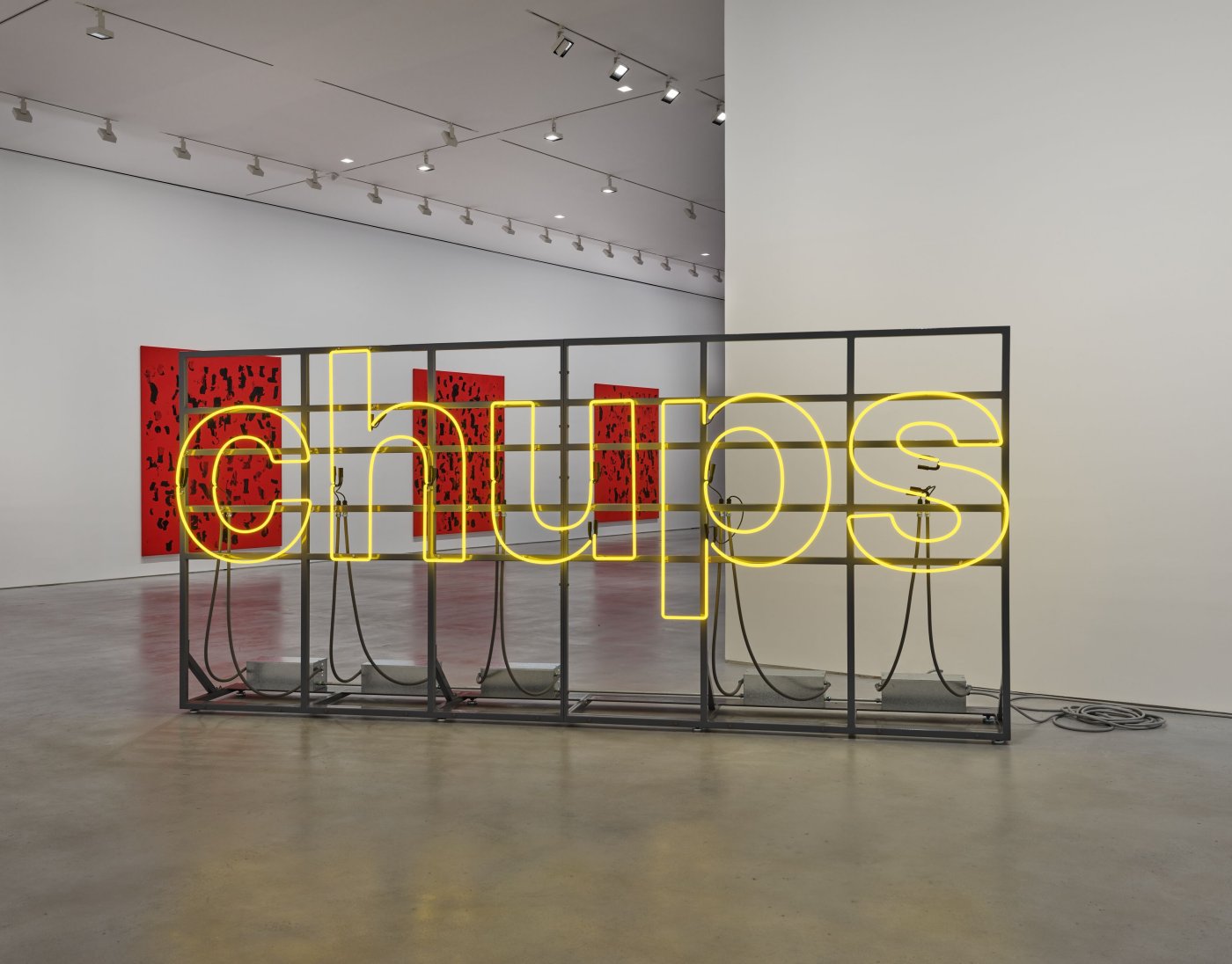 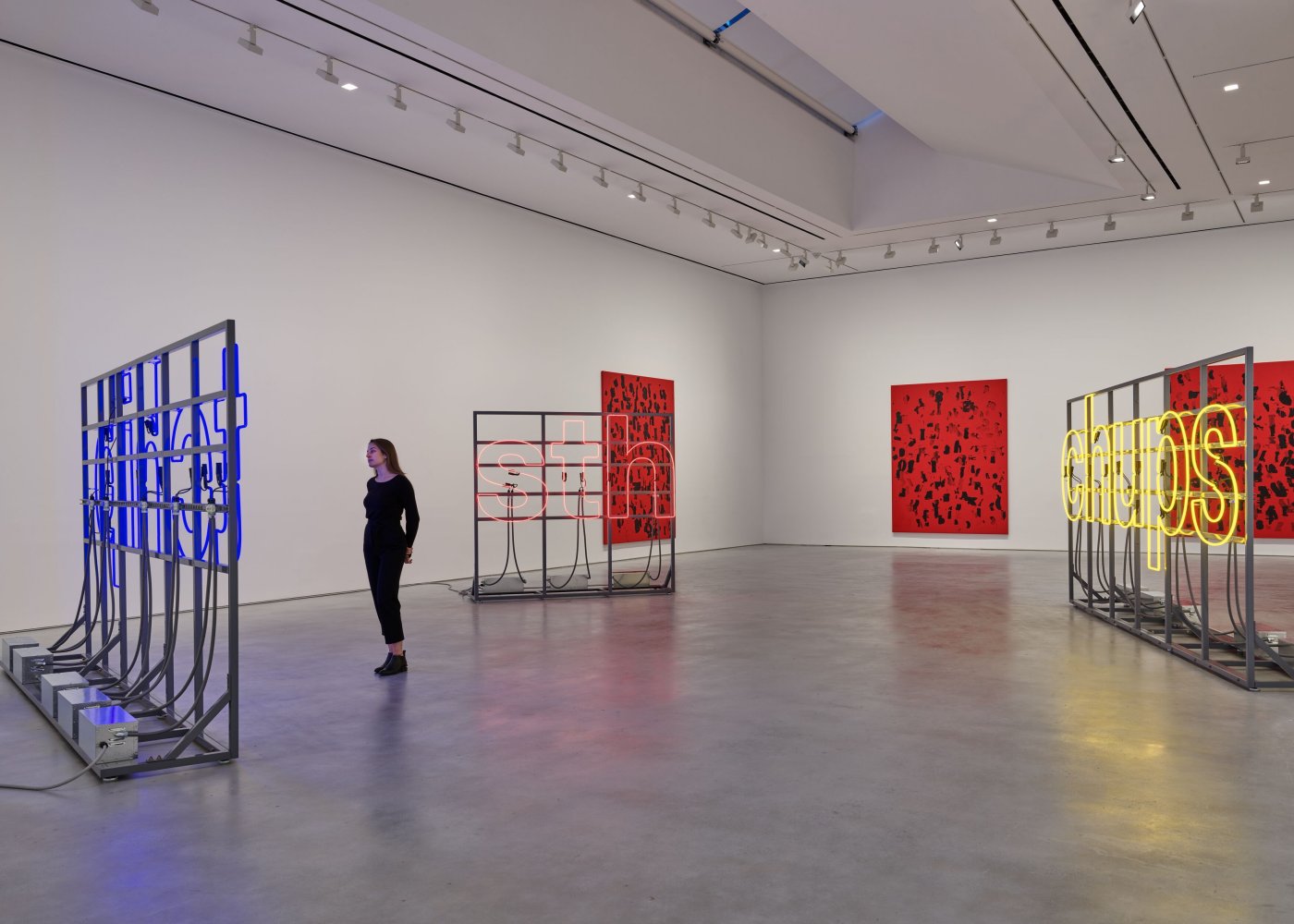 Continuing his four decades-long exploration of American history, literature, and society, ‘It’s Always a Little Bit Not Yet’ finds Ligon building upon his text-based works that draw from the influential words of leading 20th century cultural figures, including his ongoing series of neon installation and debris field paintings. The exhibition will also feature a monumental new triptych, ‘Stranger (Full Text) #2’ (2020-2021), from Ligon’s ‘Stranger’ painting series begun in 1997. In the series, Ligon renders excerpts from James Baldwin’s 1953 essay ‘Stranger in the Village,’ in which the famed writer and activist describes his experience of being the first Black man to visit a small town in Switzerland. Measuring 45 feet long, this new benchmark work utilizes Baldwin’s essay in its entirety.

‘It’s Always a Little Bit Not Yet’ is accompanied by a new Hauser & Wirth publication titled ‘Glenn Ligon: Work, Work, Work, Work, Work, Work,’ featuring Ligon’s own documentation of his studio and practice, offering a glimpse into the way the artist sees his work and understands his process. Conceived by Ligon, this artist book focuses on the past four years, tracing the trajectory of his artmaking and intimately chronicling the development of paintings, neons, and works on paper, as well as time spent in his studio spaces and other personal moments. The images are set in conversation with ‘Soihu V’voihu (for Glenn Ligon),’ a new poem by writer and artist Gregg Bordowitz that uses the form of multiple haikus to explore the juxtapositions, geometries, and associations surrounding Ligon’s work.

About the exhibition
The cornerstone of the exhibition is Ligon’s ‘Stranger (Full Text) #2’ (2020-2021), which is rendered in black oil stick and coaldust. In the essay, visually transformed here by Ligon, James Baldwin recounts his experience of visiting the small mountain village of Leukerbad, Switzerland. He describes his encounters with the villagers, many of whom had never met a Black man before, and his interactions with them over multiple visits, including their reactions to his Blackness — responses that ranged from curiosity and enthusiasm to fear and suspicion. Baldwin connects these experiences to global structures of racism, colonialism, and white supremacy, and analyses how they manifest in both the United States and Europe. The writer compares the alienation he felt in this small village with the racism he often experienced in America and concludes that the foundations of racism in America originated in Europe.

By painting the complete text of Baldwin’s essay, Ligon connects the cultural contexts of the United States and Europe in the 1950s to the present, underscoring the persistence of systemic racism and the effects of colonialism within it. The work emphasizes the varying states of visibility and invisibility in Black experience, oscillating between legibility and obscurity to create a relief of sentences where textural affect is palpable. As the stencil is moved across the canvas, oil stick residue and smudges from previous words mark the canvas and encourage conscientious study and reflection to decipher the language. Ligon’s monumental new paintings — including ‘Stranger (Full Text) #1’ (2020-2021) recently on view at Hauser & Wirth Zurich and ‘Stranger (Full Text) #2’ (2020-2021) — are some of the last works to be made in the artist’s ‘Stranger’ series, a magnum opus for a body of work he has been creating for over two decades.

Created in close dialogue with his text-based paintings, Ligon’s series of neon installations have used a variety of phrases and words in various scripts, sizes, and combinations of light and dark since 2005. On the first floor of the exhibition, Ligon has chosen three words to render in neon, based on onomatopoeic translations of the teeth- sucking sound used in communication throughout the African diaspora: Sth, Chups and Tchip. Rooted firmly in African and Afro-Caribbean culture, the teeth-sucking sound is used to express anger, impatience, exasperation, or annoyance. In general, the longer and louder the sound, the more forceful and expressive the intent of its maker. Sth, rendered here in red, is the first word of Toni Morrison’s 1992 historical novel ‘Jazz,’ which takes place in 1920s Harlem and whose main characters’ narratives extend back to the mid-19th-century American South. Chups, rendered in yellow, is one of many spellings used for this specific type of nonverbal communication in the Caribbean. Tchip is used in Francophone West Africa and by members of the African diaspora from French speaking former colonies. To communities of color located in the United States the sounds described by these words are familiar, everyday communication tools, but most other Americans remain unaware of their significance as a cultural sign. Through these new neon works, Ligon further explores the medium’s sonic possibilities.

The exhibition also presents new large-scale silkscreen and oil stick paintings from Ligon’s ‘Debris Field’ series on the gallery’s first floor. In these works, the artist has focused his attention on the forms of individual letters instead of specific words or texts, breaking language apart into individual pieces to create rhythmic and improvisational compositions. Combining silk-screen techniques and additive painting processes, Ligon’s own etchings and stencil-and-ink drawings are printed in overlapping layers on top of charged fields of red paint. Here, the color is partially inspired by Warhol’s 1960s ‘Death and Disaster’ paintings, as well as the cover of the 1973 book ‘The Fall of America’ by Elijah Muhammad, former leader of the Nation of Islam. An exercise in how letters function when used purely as images, the spontaneous choreography of these new canvases has a gestural lightness not evidenced in the more meditative, methodical layers of Ligon’s text paintings.