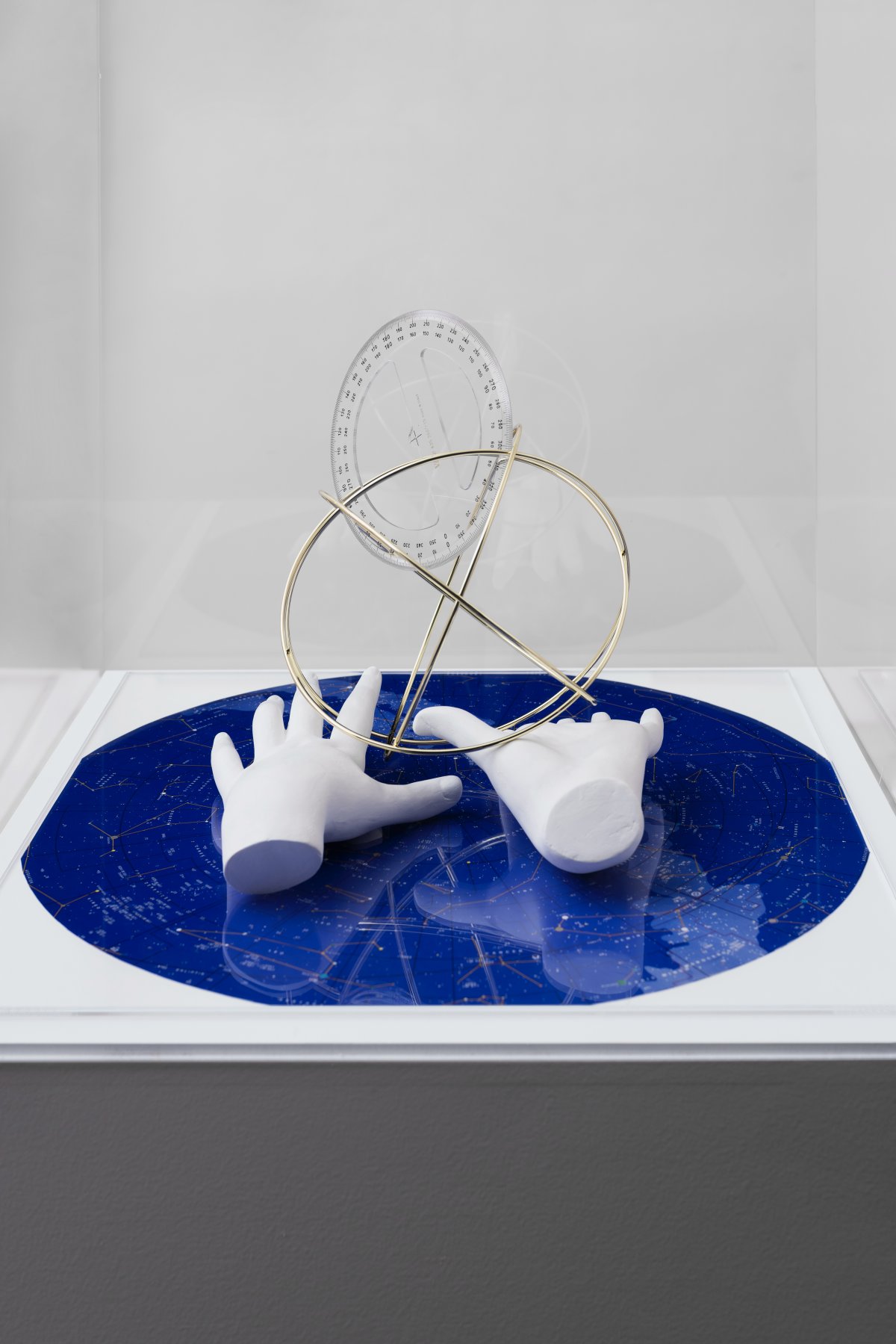 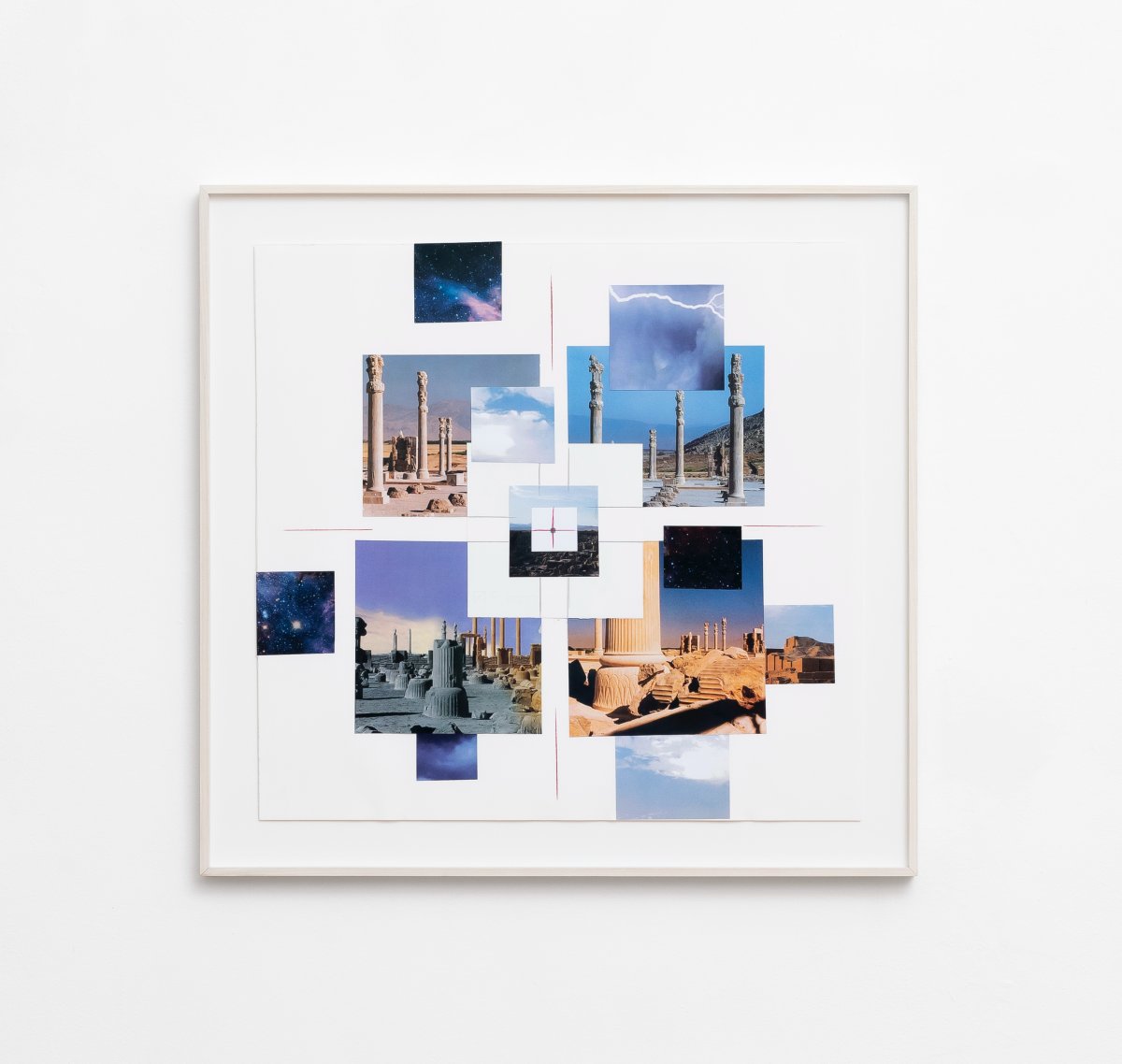 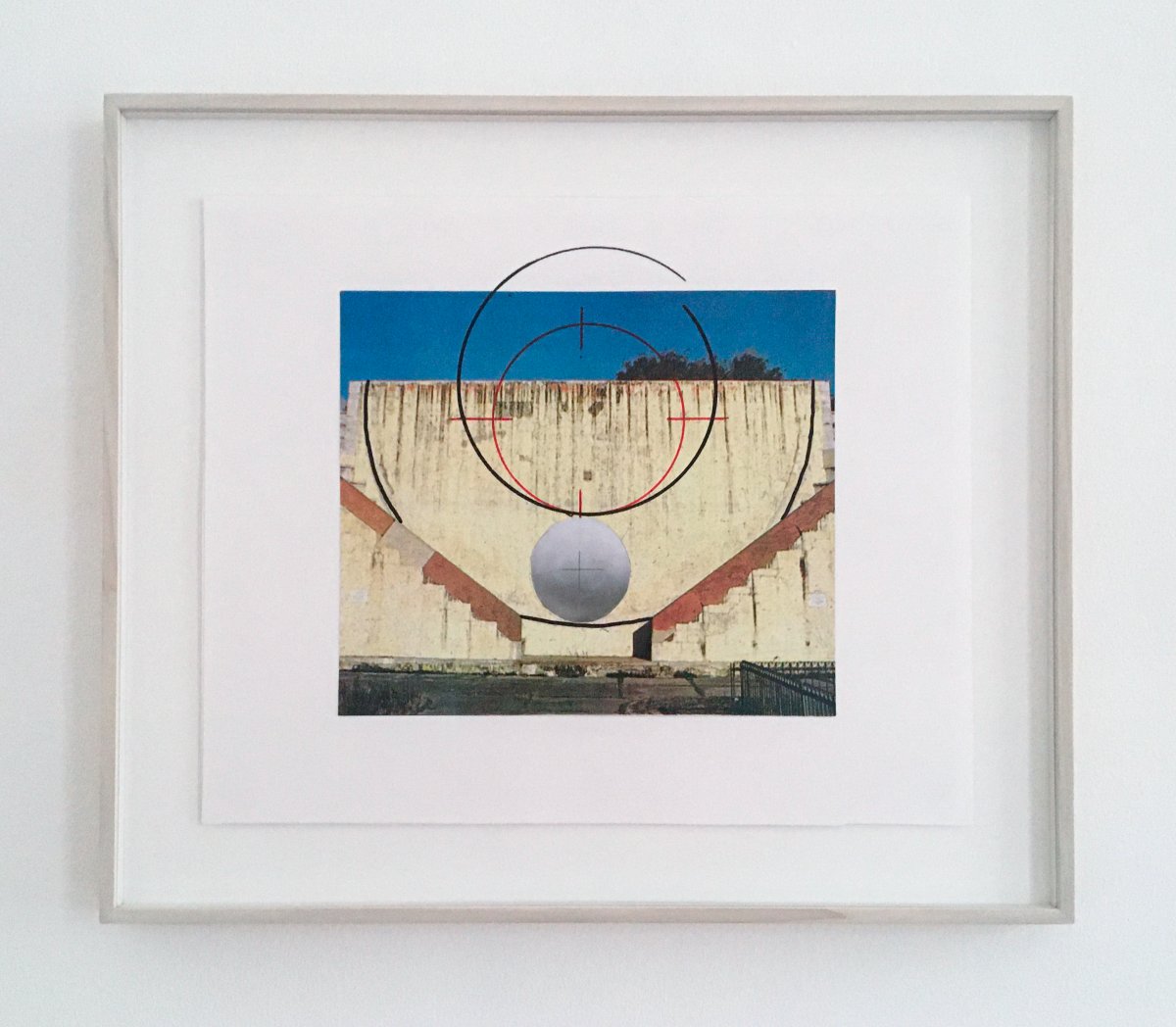 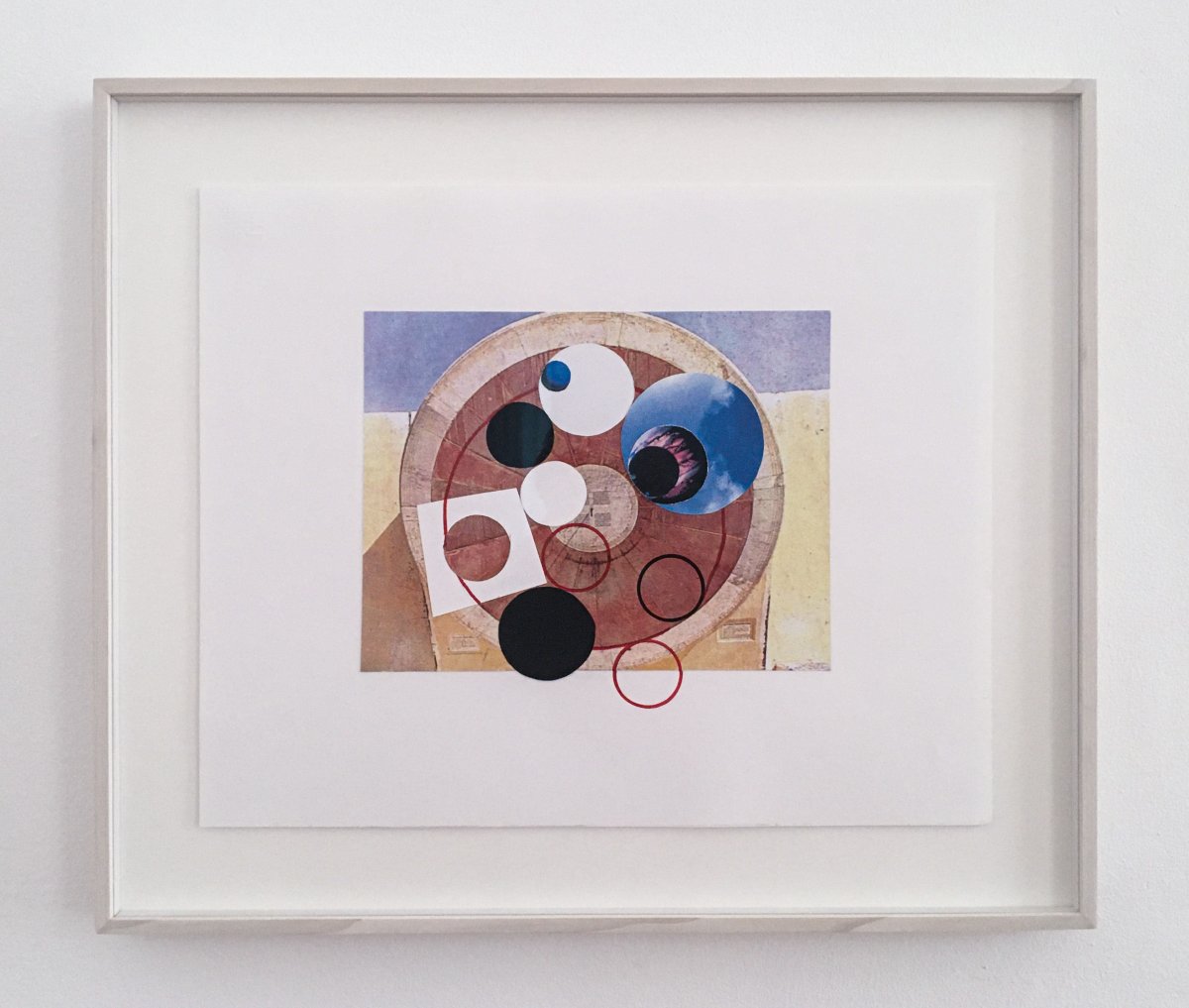 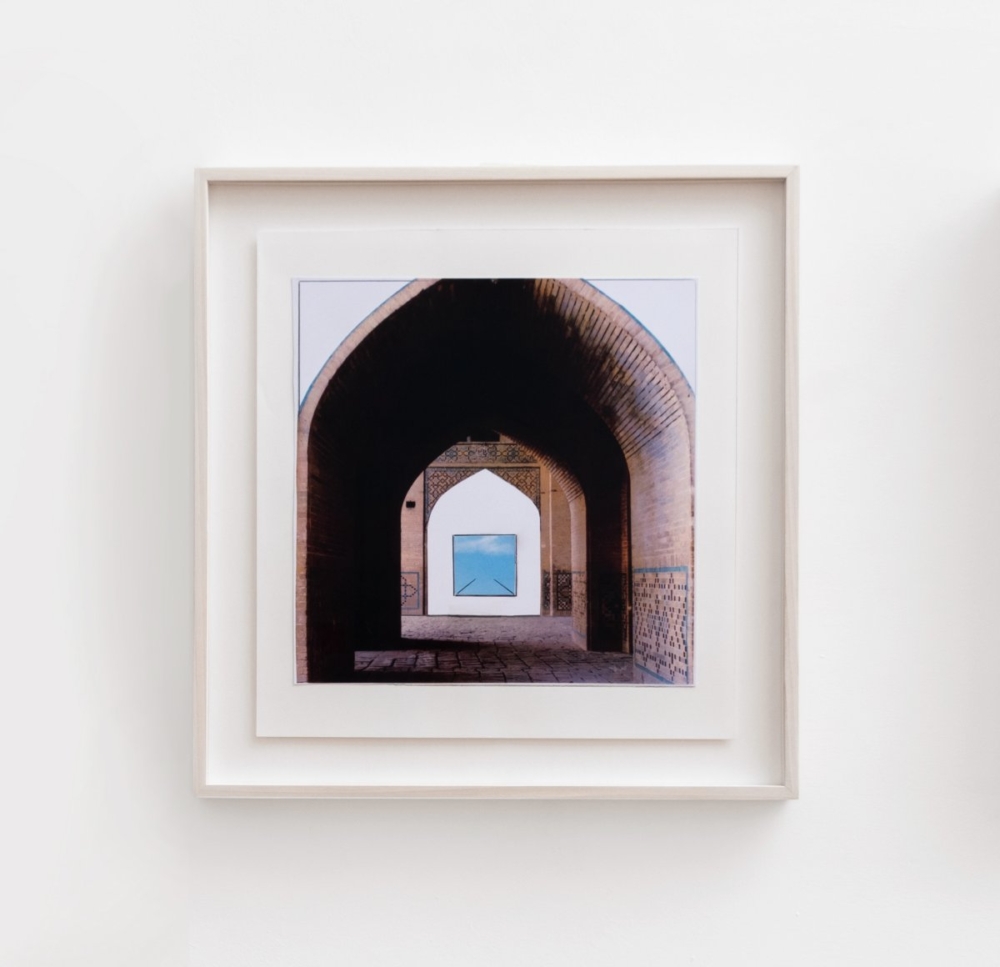 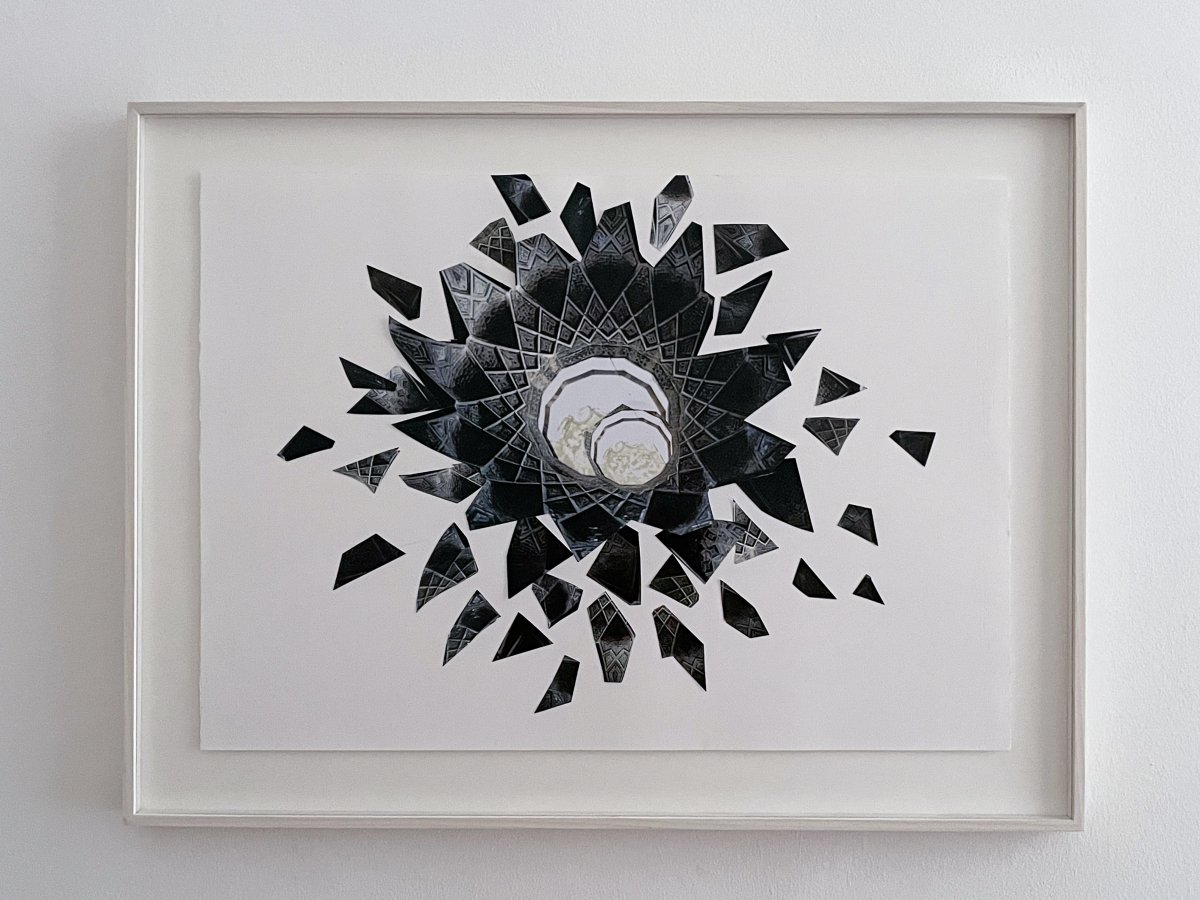 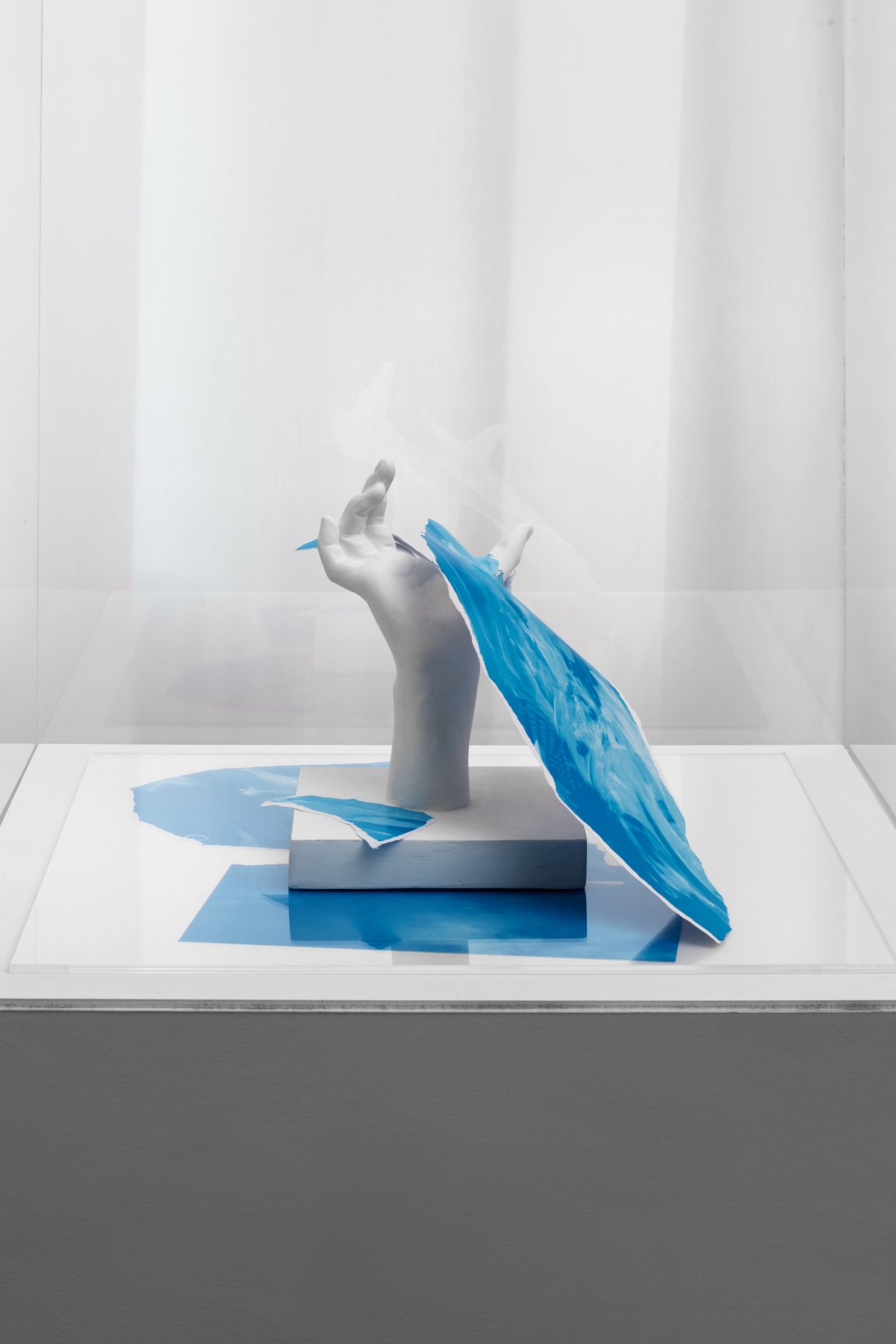 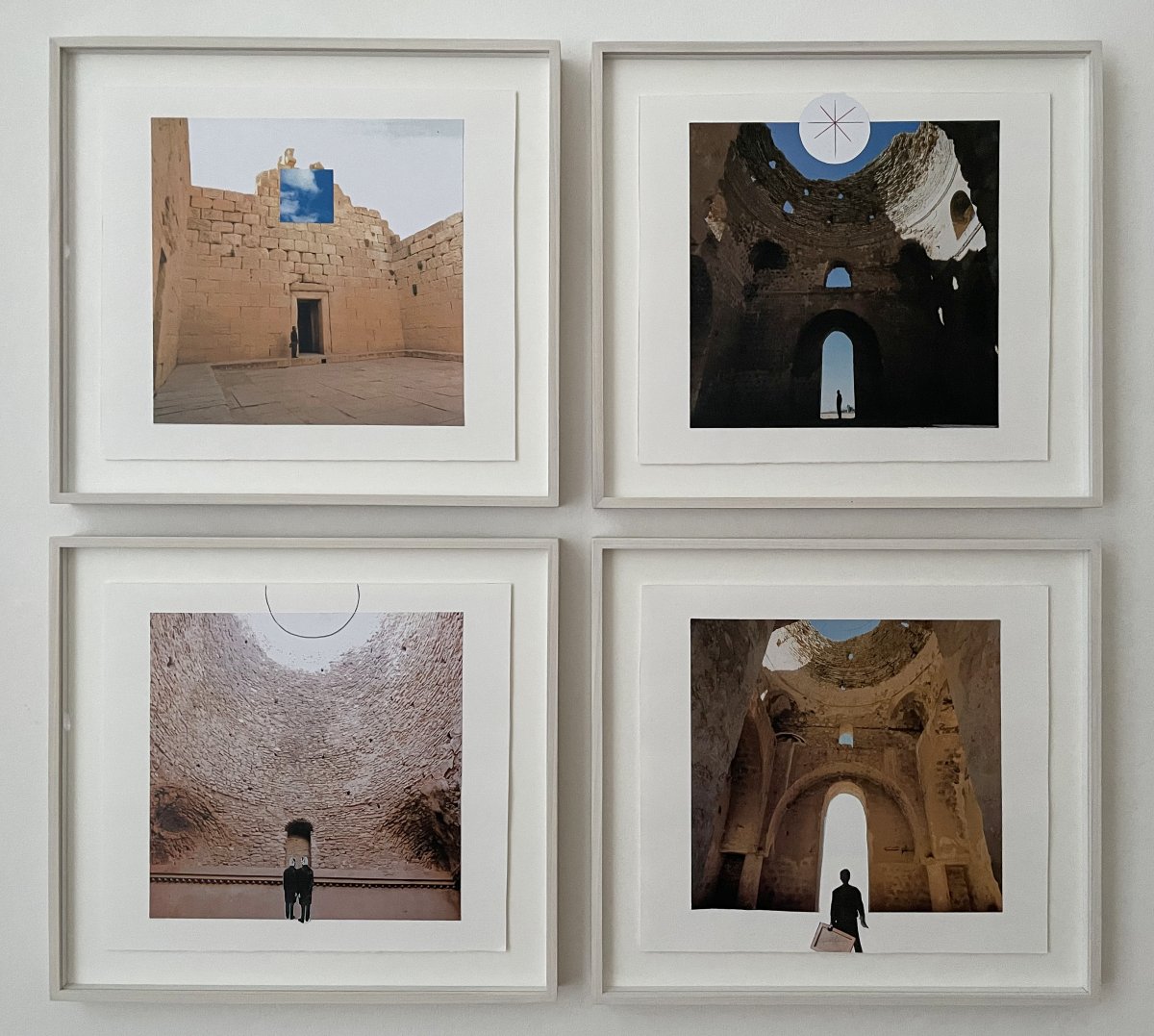 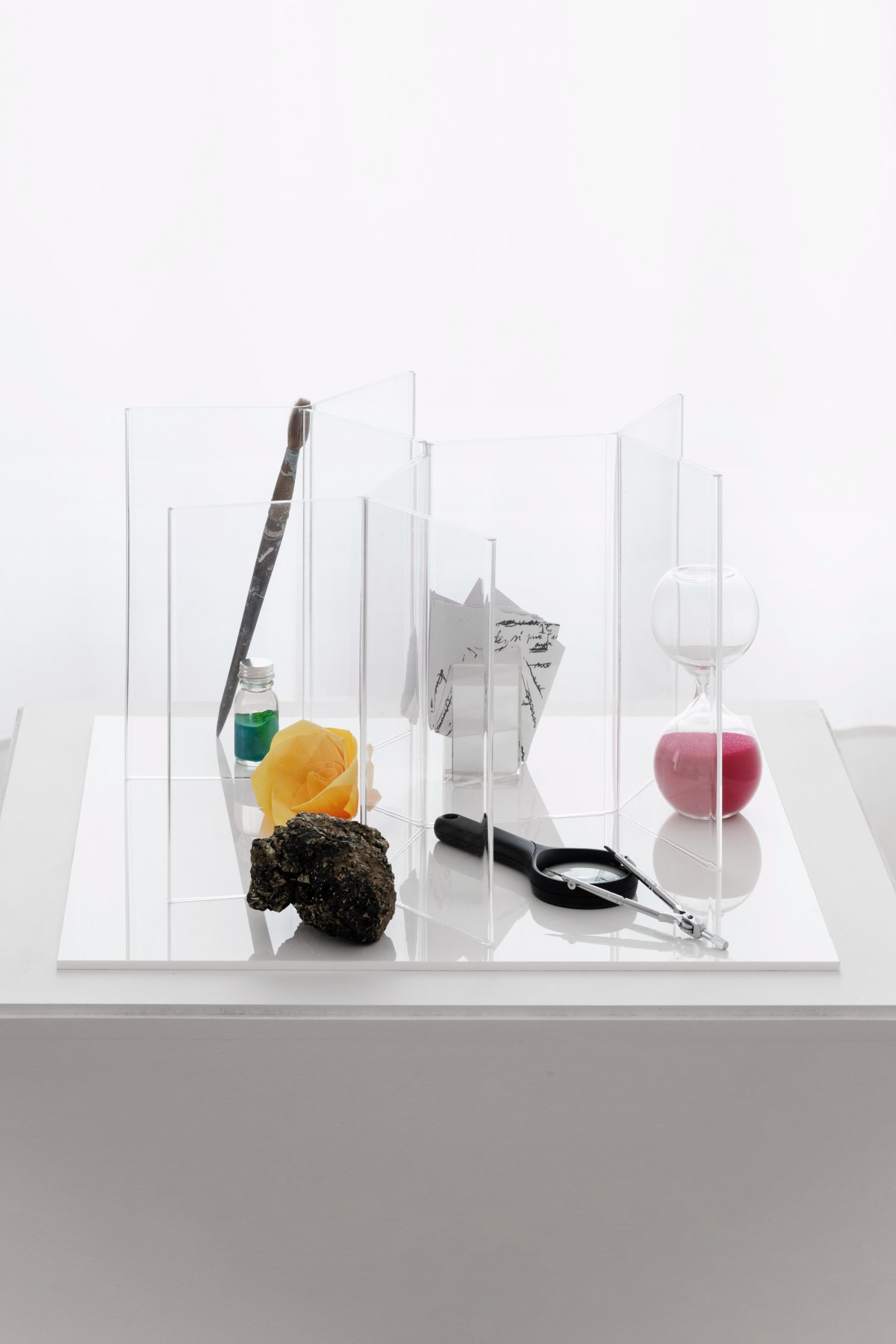 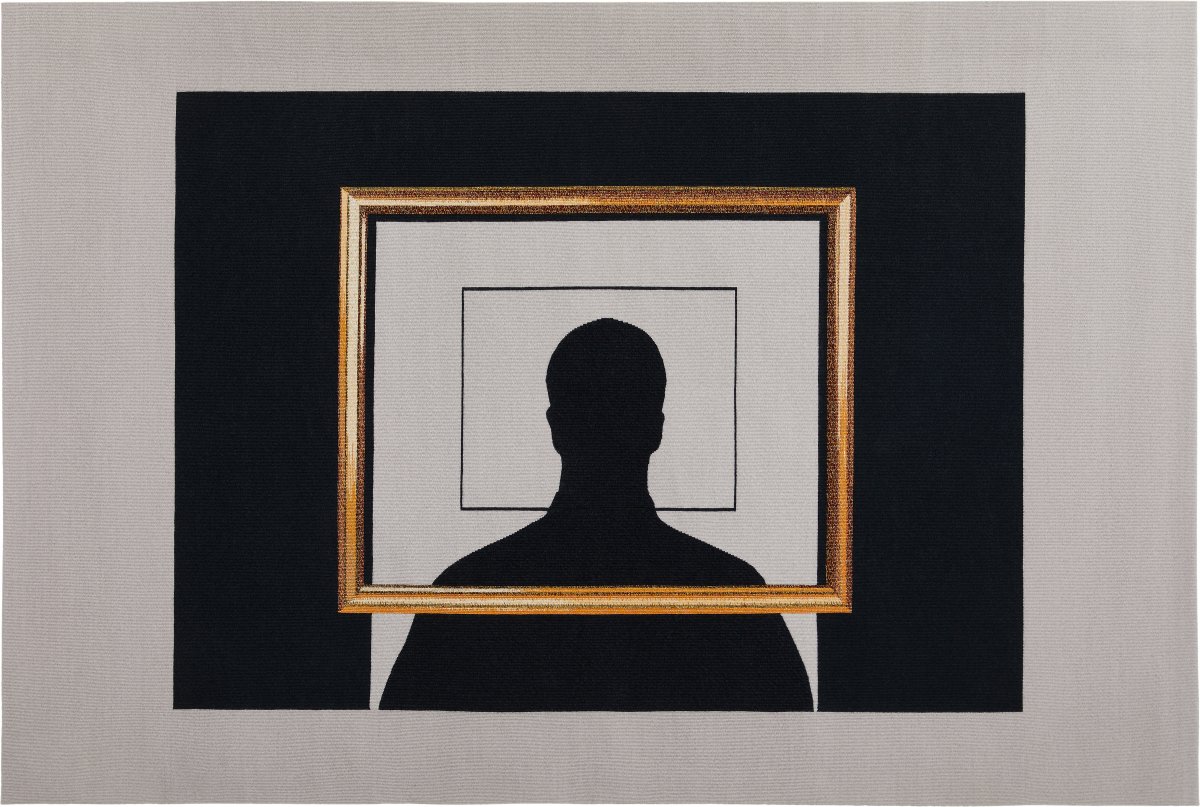 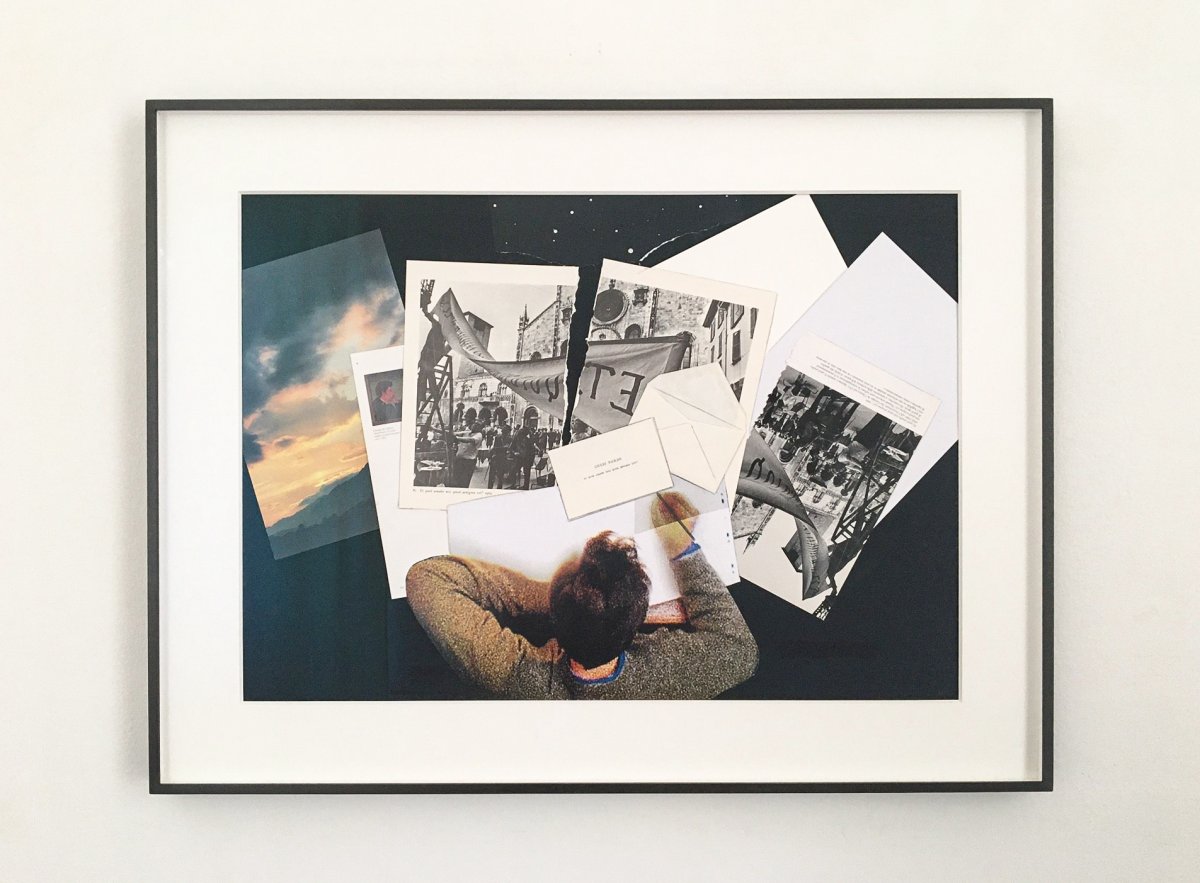 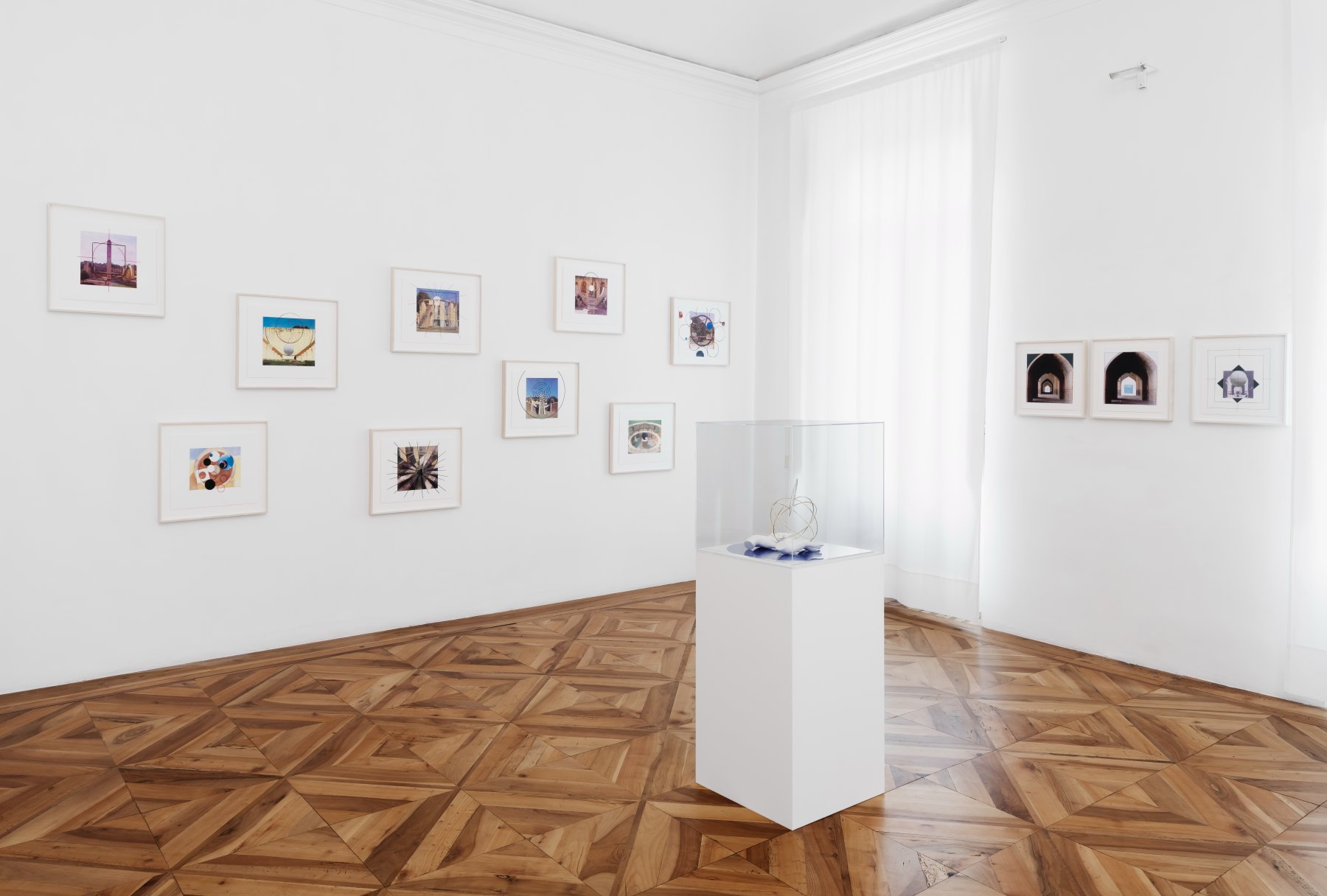 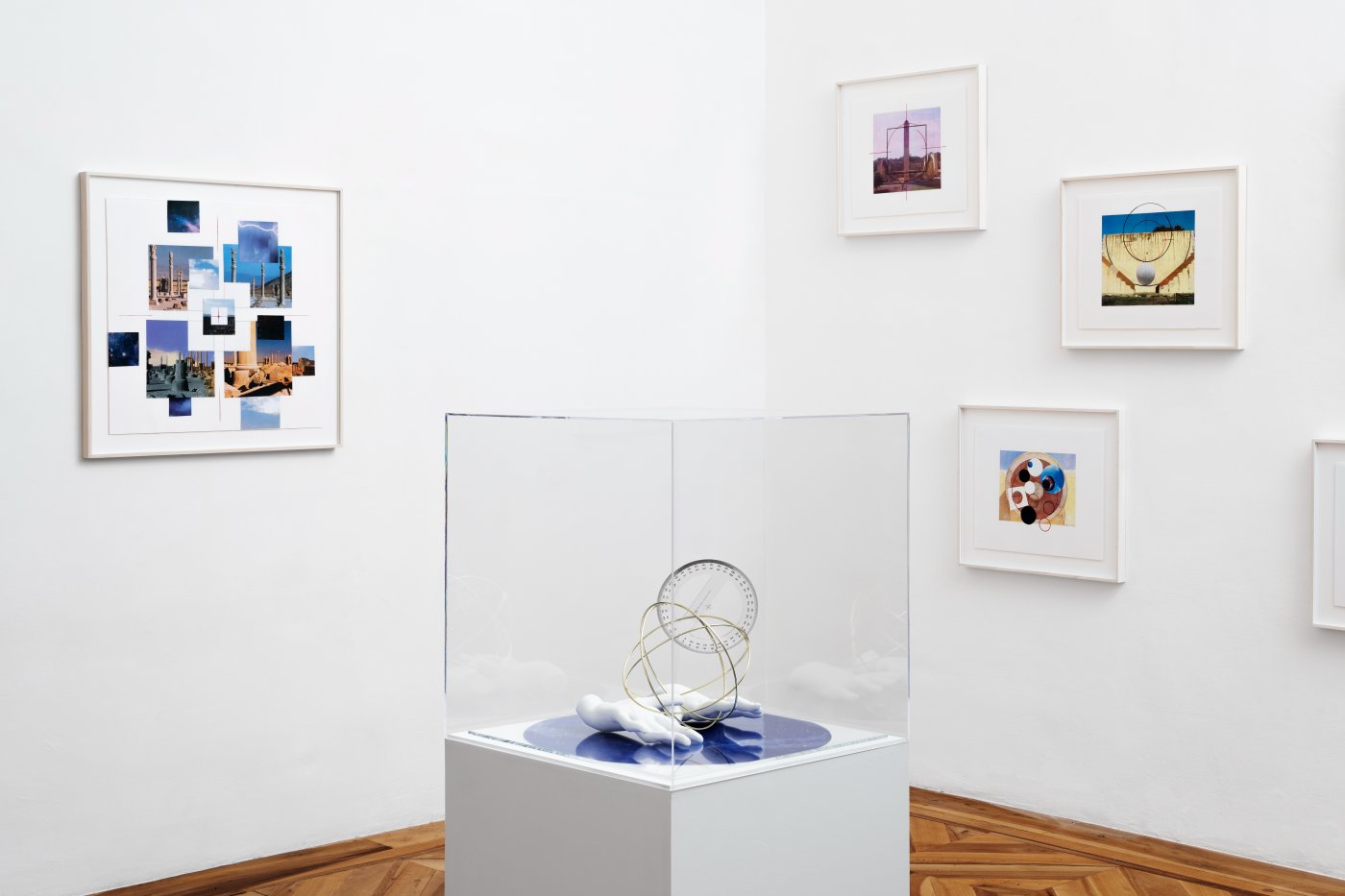 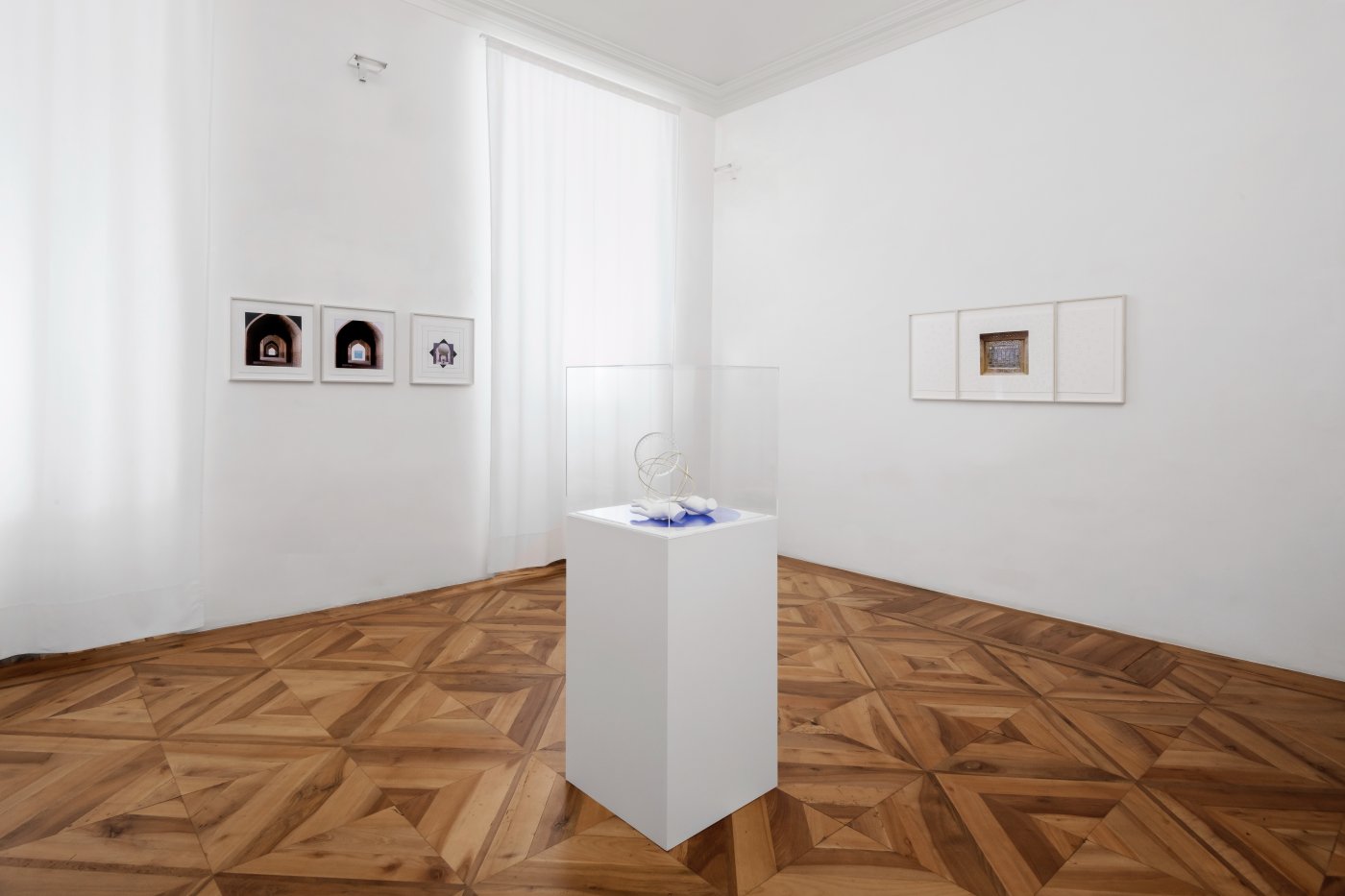 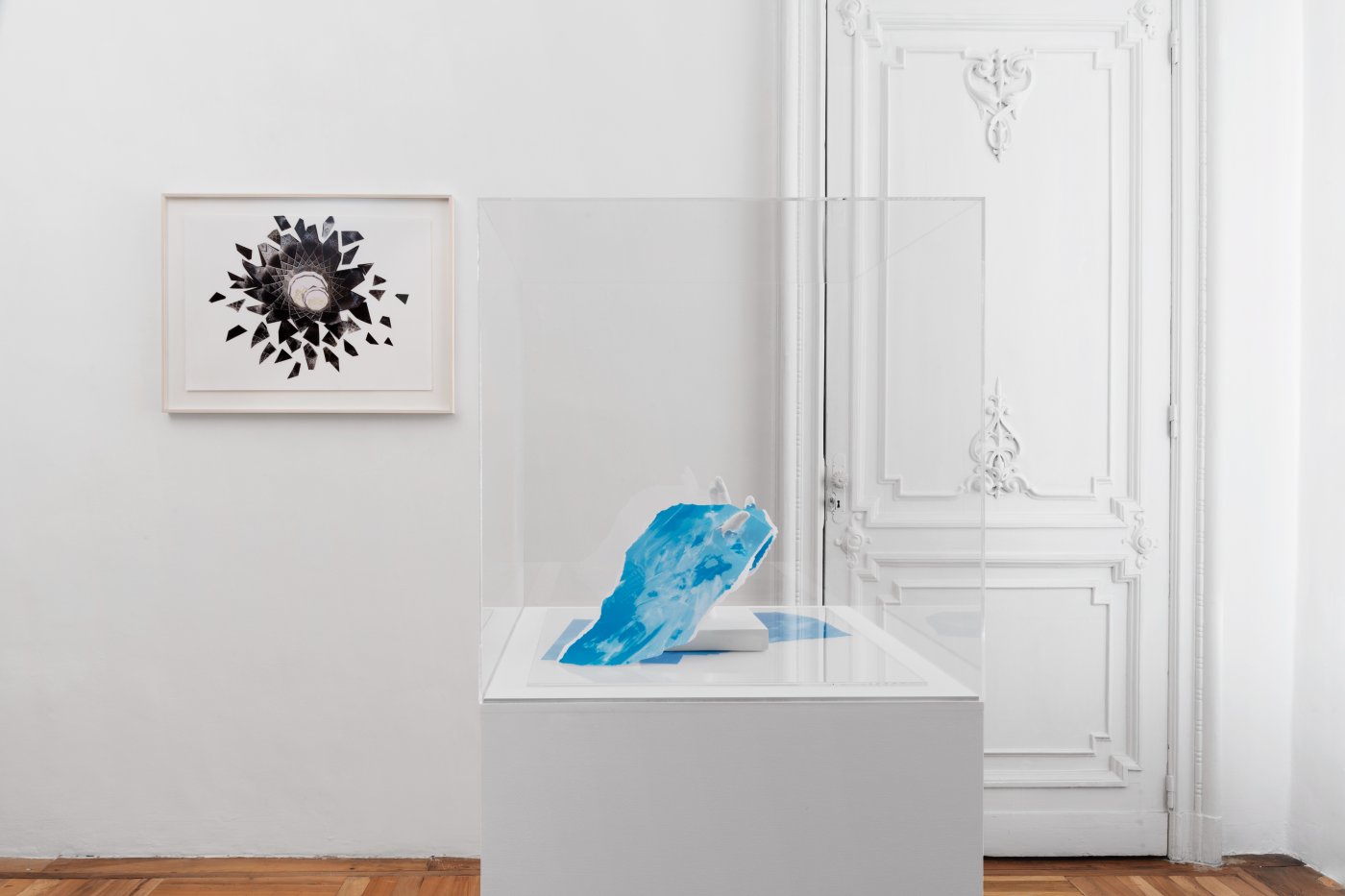 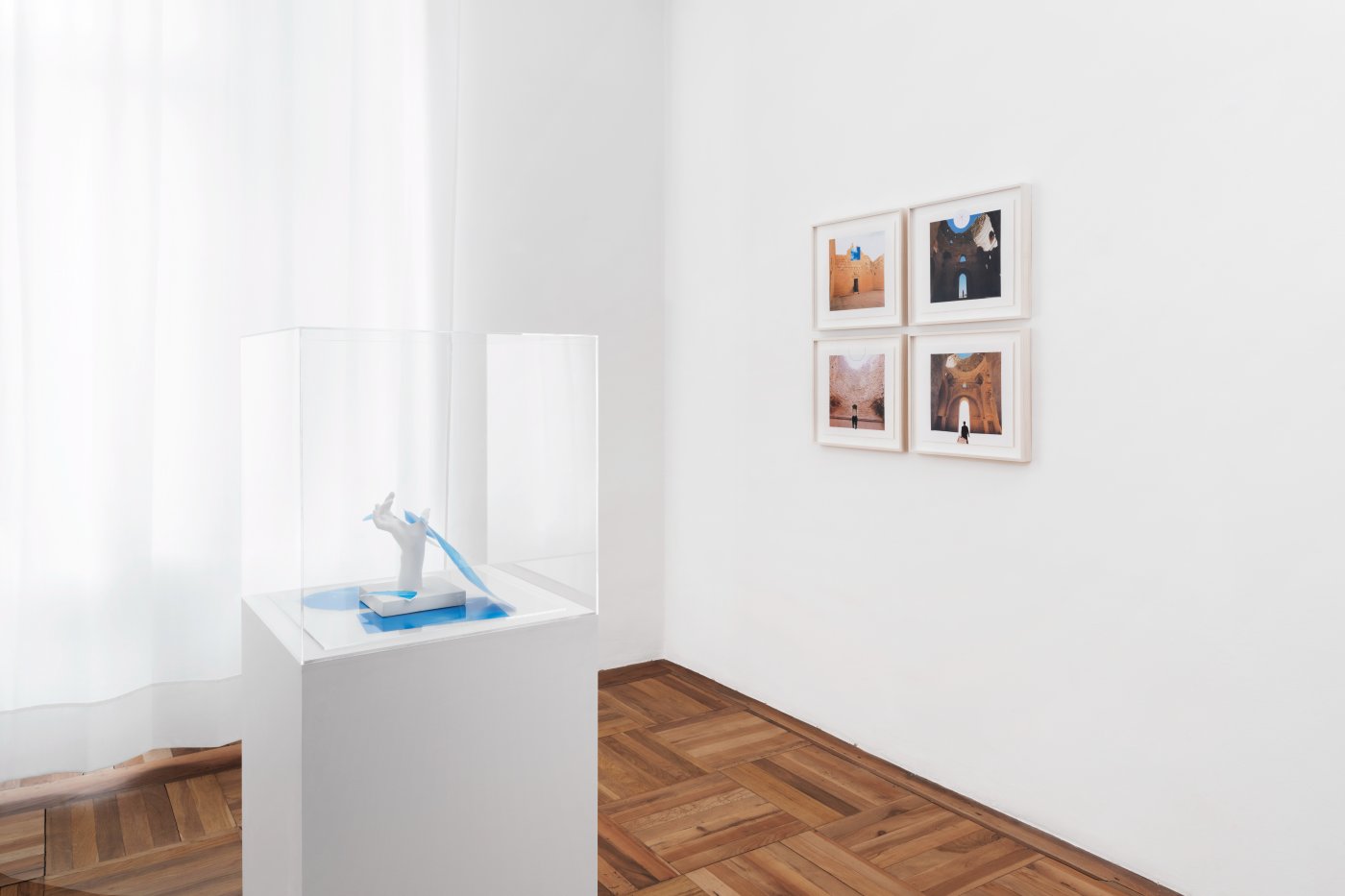 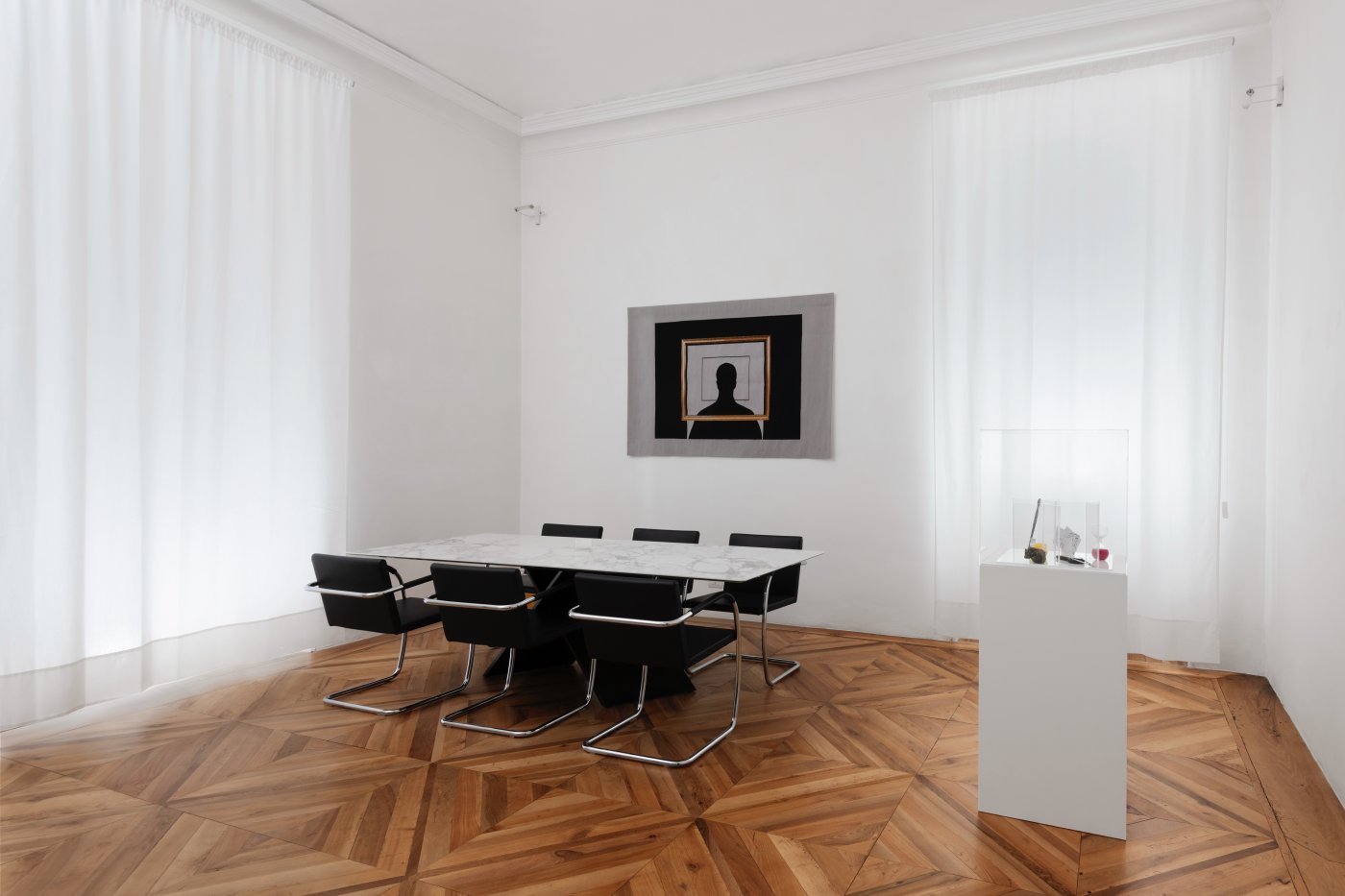 The exhibition that the artist offers at the Tucci Russo gallery includes a corpus of new works in the form of three sculptures, a tapestry and a series of collages.
As the title of the exhibition, QUI (DA LONTANO), suggests, Paolini reflects on themes that he has often explored, such as the figure of the artist, the dizziness of time, proximity and distance, the familiar and the strange, the usual and the exotic.

The walls of the gallery are punctuated by a series of collages dedicated to exotic places, never visited by Paolini, entitled Qui (da lontano), 2021, which give the exhibition its name. It is exactly the remote nature of the subjects depicted, the distance that separates us from them, that becomes an object of appeal for the artist: Jaipur (in India) and Persepolis, Isfahan, Tabriz, Meshad, Shiraz, Darab (in Iran) are marvellous archaeological sites that, transfigured in the collages, make a sudden journey and deposit themselves before our eyes.

In the words of the author: “The horizon is liable to change, always different: it unites or divides two contrasting areas. It is a virtual contact that is useful to depict, but not to define, a visual juxtaposition. Above and below, here and beyond, we see surfaces that touch noiselessly, without indicating which of the two we believe we inhabit. Space and Time compete for the measure of the True, of what seems to house our experience. From Jaipur to Darab, Persepolis and Isfahan the distance is considerable, but irrelevant or even non-existent if these or other places are translated into photographic images, drawing paper, pencil and compass at the disposal of the “traveller”. Through understanding and experience, the traveller knows how to reveal the experience to himself – if we can call it that – of not moving a step: standing still to welcome the instantaneousness of the vision”.

Room 1
A sculpture entitled In Orbita (In Orbit), 2021 welcomes the visitor to the first room: two plaster casts of female hands, one pointing downwards and the other upwards, are placed on the photographic reproduction of a round star map, held by a square sheet of Plexiglas. The casts are surmounted by an armillary sphere holding a protractor. Against the backdrop of the circular dynamics that guide the whole, in which the various motifs echo each other, the two hands oriented in opposite directions seem to support the elements in cosmic space in a precarious equilibrium: a physical contact between the subject and the universe.

Room 2
The second room hosts a sculptural work called Caduta libera (Free Fall), 2021, in which the plaster cast of an open hand, oriented vertically, is associated with four torn fragments of a photographic reproduction of the sky, arranged at various heights. The fragments of the image in “Caduta libera”, as the title suggests, refer to the author’s gesture, represented by the hand, which tries in vain to hold back an absolute dimension, symbolised by the sky. A gesture that the author does not want to renounce, even though he is aware of its impossibility.

Room 3
Habitat, 2021 is made up of three triangular Plexiglas displays that act as theatrical backdrops for the staging of a set of objects: a pyrite stone, a yellow rose (a quotation from a story by Jorge Luis Borges), a used paintbrush, a bottle of blue ink, fragments of paper with the artist’s autograph notes, an hourglass and a compass encircling a magnifying glass. A compendium of objects dear to Paolini by virtue of their symbolic dimension: the artist’s tools in the passage of time and the physicality of space.

On the wall there is a hand-woven tapestry by the prestigious Ateliers Pinton, entitled Dopo Tutto (After All), 2021. A male figure seen from behind is intent on observing a painting, evoked by means of a linear trace, while in the foreground the image of a gilded frame outlines the scene. In this alternating succession of shots, the protagonist’s eye does not see anything, since the “picture” defined by the golden frame falls behind him. In the words of the artist: “Instead of turning towards us as observers, the figure depicted occupies our own position: it is turned towards something beyond, towards something that cannot be seen”. Author and viewer coincide in the same anonymous figure, which, in a sort of inverted self-portrait, seems to question its own gaze as much as its own identity.

The exhibition proposes a journey through space and time to celebrate – once again – in the artist’s view the miracle of vision.