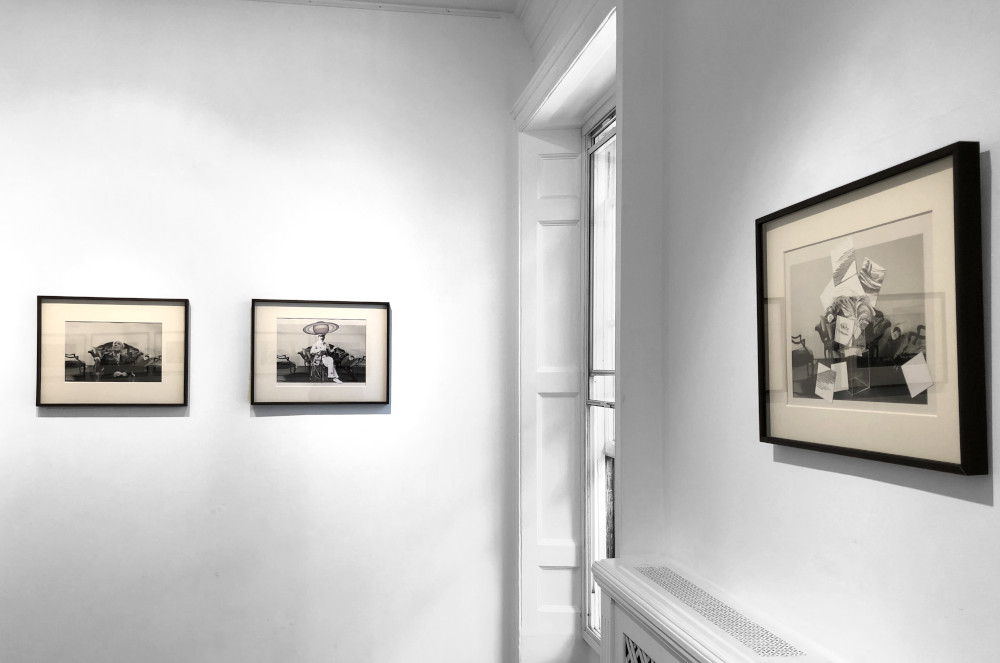 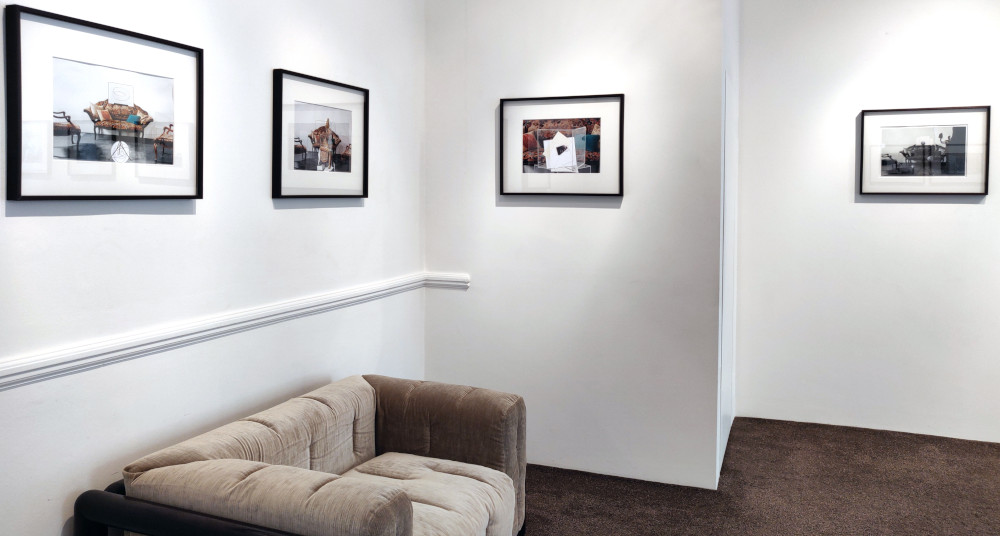 Paolini loves this quote by Jorge Louis Borges: “How do I compose a poem? I put myself in a passive situation, and I wait. I wait, and my only concern is that it all ends in beauty. I feel like I am receiving a gift, and I don’t even know if it comes from my own memory or something else. And I try not to intervene too much.” Art as waiting. Inspiration as gift. The enthusiasm of creation: in Greek, Enthousiasmòs, Ènthous, Èn-theos, in God, to be full of a God, to be possessed by a God, the Socratic demon. As his beloved Borges, Paolini likes to think about the gesture of waiting – a space, or a place that listen– like an antenna or a metaphysical receiver. Listening to a voice that may arrive, that will soon surround us: a far, mysterious, different strength but a voice, a presence that wants to talk through us.

The exhibition presents 25 unique pieces of his works on paper from the series Sale d’attesa. Their common denominator is a detail of his studio in Po road, Turin: the sitting room, consisting in a sofa and two armchairs, becomes a place where inspiration and memory dialogue with the forces of the creation. In L’Aleph the image of Borges appears – elegant, ironical, and austere – with his stick: the new Homer of Twentieth century. In Ermite à Paris, his friend Calvino, who passed away many years ago, with a smile over a subtle and troubled mask, a geometric bust that leans on two plexiglass cases. Then Melotti, that stands waving his hat, while four spheres, maybe symbols of transparence, float in the air. Furthermore other images, other shapes, other icons: two more plexiglass cubes, overlapping where are teeming new and ancient projects; music stands for celestial and silent notes; easels that present new icons and images, sometimes cruel modernity: an immigrant, an armed soldier, some corazzieri forming baroque visions.

Sale d’attesa: collages and colored papers, places of the gods, artworks that are “a sort of apparition that transcends the intentions of the artist”. The perception of a gift that we may have, through our memory or the unlimited Memory of the whole.

Courtesy of the artist and Repetto Gallery, London 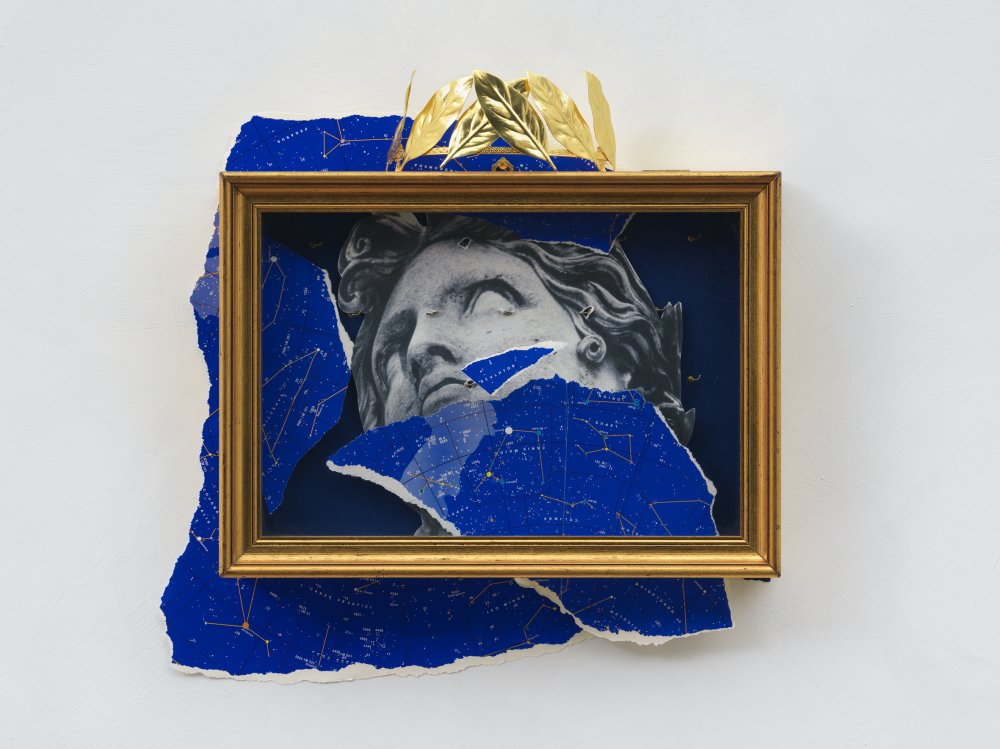