Galerie Max Hetzler, London presents Pigs and Old Lace, a solo exhibition of new work by Paris based artist Giulia Andreani (b. 1985, Venice). This is the artist’s second solo exhibition with the gallery and her first in the UK. 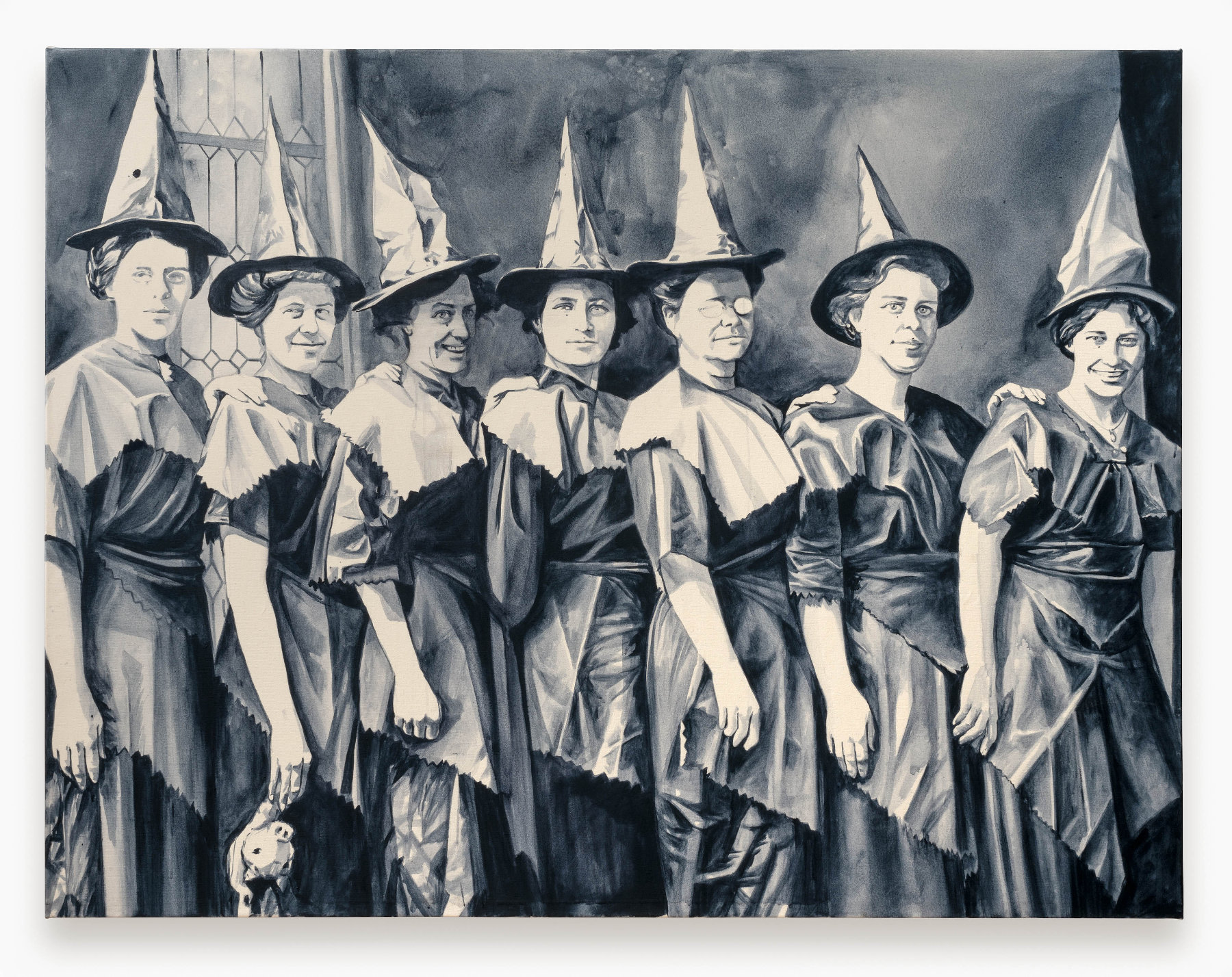 In her painting, Andreani repurposes personal memorabilia and archival photographs to address forgotten histories, often through a feminist lens. The artist uses watercolour and acrylic to reproduce, alter and combine motifs from these photographs generating new layers of meaning. Working primarily in Payne’s Grey, a possible nod to Gerhard Richter, Andreani presents figurative work untainted by the artifice and power of painterly colour.

Pigs and Old Lace features new paintings and works on paper of pioneering women — African-American sculptor Augusta Savage, Italian author Elsa Morante and early birth control activist Marie Stopes amongst others. Also appearing are children, Red Cross nurses, symbols of Europe and pigs in their different guises referencing both patriarchal systems and the French equivalent of the #metoo movement, ‘Balance ton Porc’ or ‘Denounce your Pig’. In her new works, Andreani delves into the complex histories, intimate and political, of these figures. In the Résidente (Allégorie) series, using both archival imagery and casting her contemporaries as models in the role of their forebears, Andreani shares with us portraits of women in the tranquil act of creation. Yet behind these depictions lies a powerful struggle for acceptance within a predominantly male world. In Les Sept Sorcières, a portrait of early 20th century women disguised as witches, Andreani riffs on the notion of danger surrounding women who refuse to conform to societal norms epitomised by the enduring folklore around witches; a symbol co-opted by 1970s Italian feminists as a one of rebellion and thus empowerment.

Throughout her practice, Andreani draws historical parallels, conflating time periods, which allows us to extract prescient stories of a battle not yet won. The artist addresses notions of historical amnesia and unearths buried narratives, specific and universal, as a form of resistance.

“Giulia Andreani is an archaeologist of historical images. She tracks down written records and images of women that are absent from our shared history, using her painting to create a space for deconstructing and expanding a version of history that is both incomplete and biased.” – Julie Crenn