Luxembourg + Co., London, announces the opening of Giosetta Fioroni: Alter Ego, an exhibition dedicated to portraiture in Fioroni’s painterly work from the 1960s. The show will open simultaneously across the gallery’s space on 2 Savile Row and its Frieze Masters booth on 11 and 13 October 2021, respectively. A new book, published in association with Ridinghouse, will accompany the project and includes an exclusive interview with Fioroni conducted by Hans Ulrich Obrist and an extensive essay by scholar Anna Dumont. 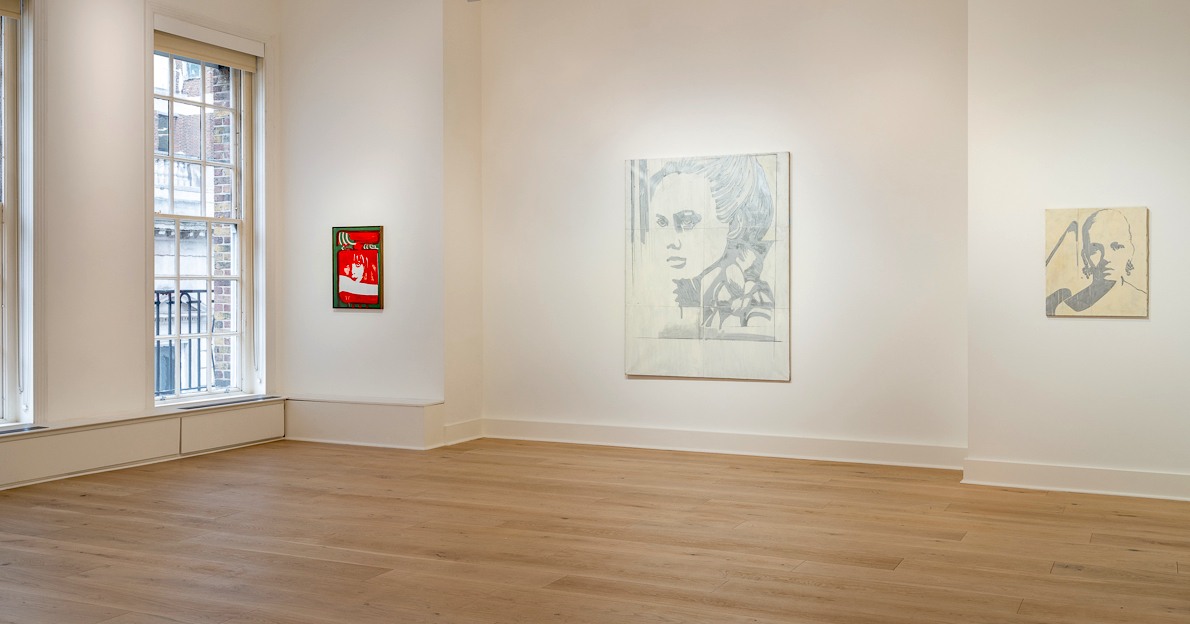 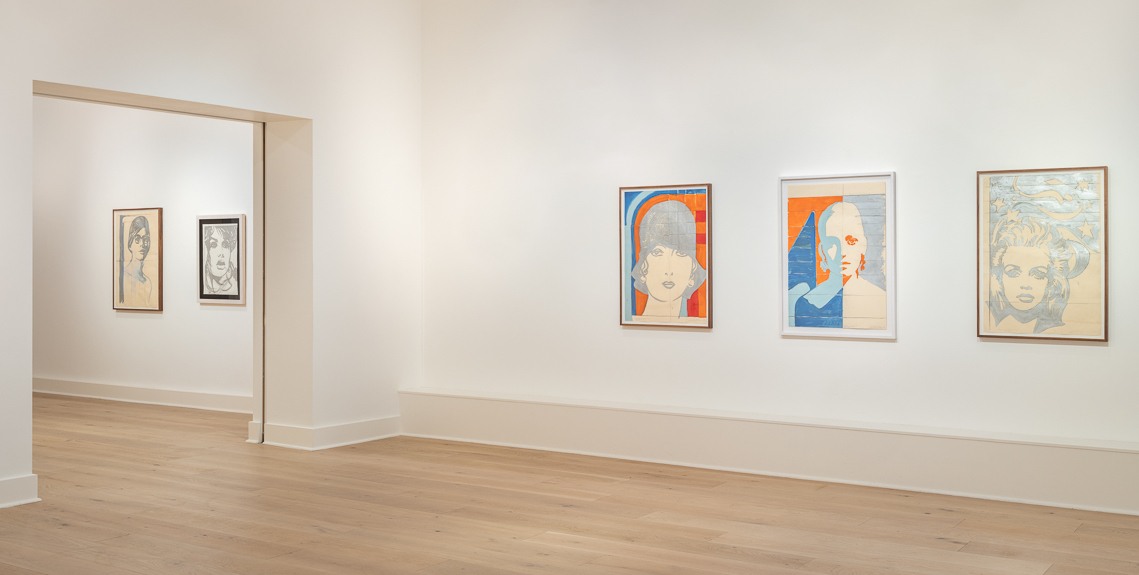 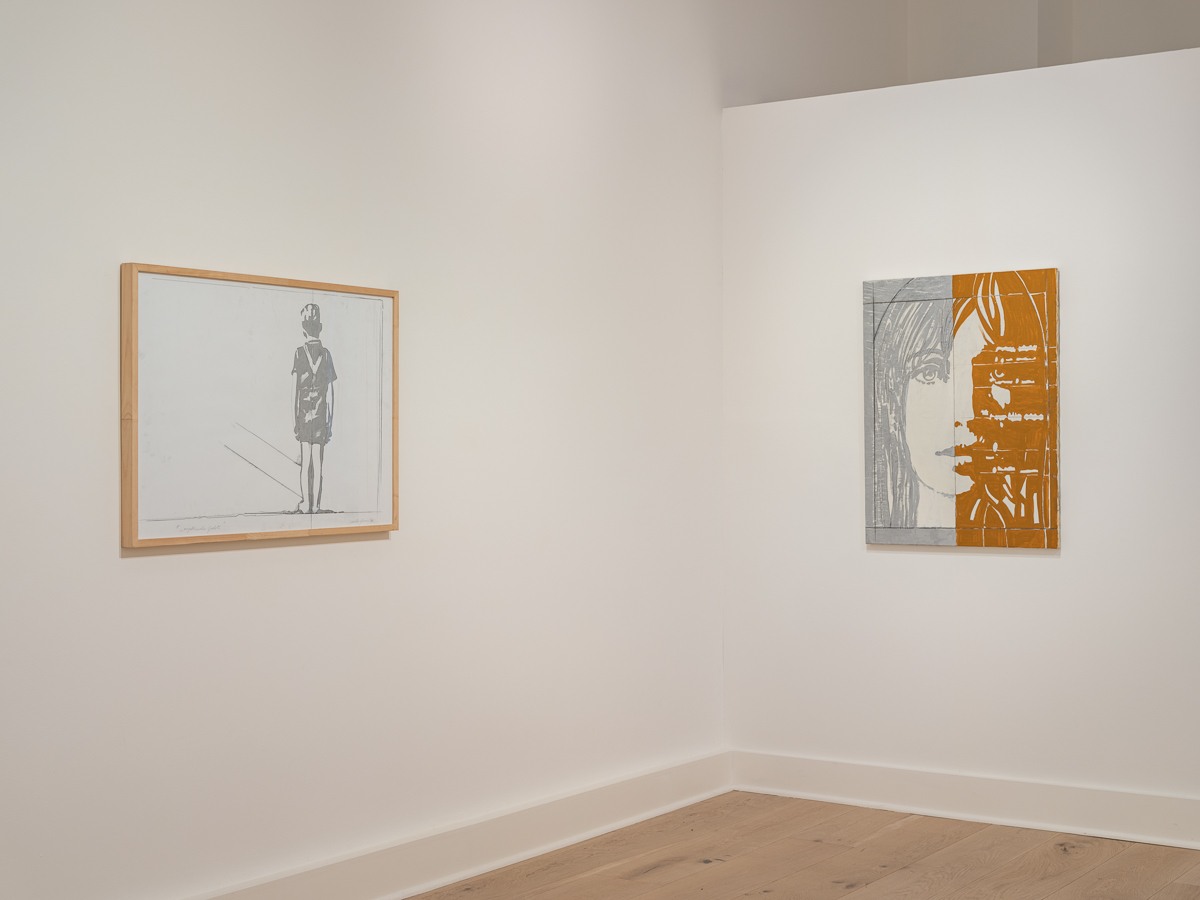 Giosetta Fioroni (b.1932, Rome) is considered one of the most important figures in Italian painting of the postwar era. Her work is commonly associated with the Scuola di Piazza del Popolo group in Rome, which also included Mario Schifano, Tano Festa and Franco Angeli, among others, as well as with the advent of Pop art in Italy. Yet Fioroni’s practice differs from those of her immediate contemporaries and from the overarching notion of Pop as it came to be understood in the English-speaking world. The divergences are most clearly pronounced in her persistent exploration of femininity, rooted in both her personal experiences and her interpretation of the category in popular culture. ‘I have worked a lot, not on feminism but on femininity’, she once explained. ‘I would like to maintain a distinction. In a period of lively feminism, I was interested in the look, in the atmosphere tied to femininity.’ Fioroni’s portraits of women from the 1960s focus on the familiar expressions of interpersonal exchange characteristic of the photographic representation of young actresses and models in the mass media. While many of these portraits were realised initially as photographs that attempted to communicate a sense of seduction or vulnerability, or even the erasure of emotional expression altogether, Fioroni’s paintings of these same images venture to redeem something of the person depicted. They capture, in her words, ‘passing emotions’, moments when ‘a detail, a gesture, or a look in the eye’ reveals the distance created by mechanisms of enhanced visibility – and thus compensate for the ephemeral nature of the photographic, projected or painted encounter.

Writing about Fioroni’s particular fascination with women in portraiture, curator Claire Gilman notes that ‘it is not incidental that Fioroni’s favourite subject is faces, nor that her faces rarely confront the viewer… Rather than objectifying her figures by laying them bare to the viewer’s scrutiny, Fioroni positions them as inhabitants of their own private, inaccessible realms. They are, moreover, themselves beholders.’3 This attribution of agency to images as ‘beholders’ – and perhaps also as alter egos of the artist’s persona – lies at the centre of this exhibition at Luxembourg + Co., where a series of large portraits lays bare the latent potential in transforming images that were originally executed for the purpose of encouraging consumption into models for both looking as well as being seen.

Born in 1932 in Rome, Fioroni attended the Accademia di Belle Arte in the early 1950s and soon became one of only a few women artists who were associated with the Scuola di Piazza del Popolo. This affiliation led Fioroni to establish a close relationship with the Galleria La Tartaruga, where she exhibited numerous times throughout the 1960s and 1970s. Selected institutional exhibitions dedicated to her work include: Centro Attività Visive, Palazzo dei Diamanti, Ferrara (1972); the Venice Biennale (1956, 1964, 1993); Museo dei Mercati di Traiano, Rome (2003); Centro Studi e Archivio della Communicazione, Parma (2004); The Drawing Center, New York (2014); Galleria Nazionale d’Arte Moderna e Contemporanea, Rome (2014); Museo Madre, Naples (2015); and Moscow Museum of Modern Art (2017). Among the many publications on Fioroni, the most notable in the English language are Germano Celant’s 2009 monographic study of the artist’s painterly output and the exhibition catalogue Giosetta Fioroni: L’Argento, published by The Drawing Center in 2013.