Lehmann Maupin presents NEW NORMAL PICTURES, an exhibition of new work by the iconic London-based duo Gilbert & George. The exhibition marks the artists’ seventh with the gallery and the debut of NEW NORMAL PICTURES in New York. This new series fully embodies the tenor of contemporary life, best described through the old punk adage “the day the world turned Day-Glo,” with works rendered in an acidic color palette and with almost post-apocalyptic flare. Begun before the onset of the global pandemic and crystallized during the Covid-19 lockdowns in England, NEW NORMAL PICTURES reflects the reality of the world we live in today, from the endless refuse and litter of post-industrial life to the moments of sublime human connection and humor that can be found in even the darkest of times. 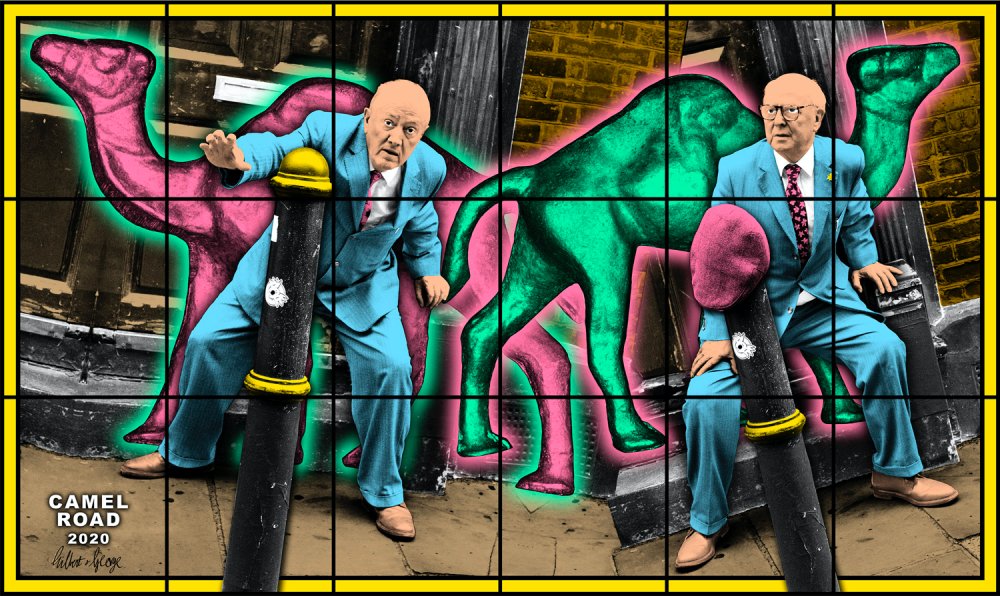 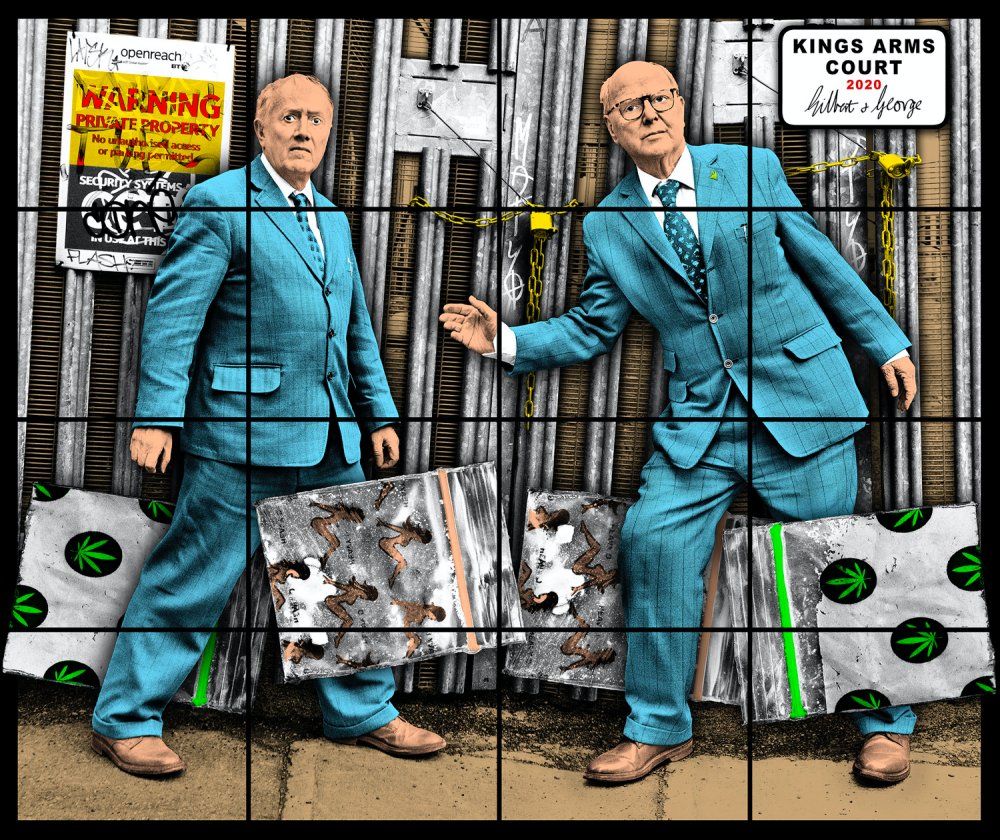 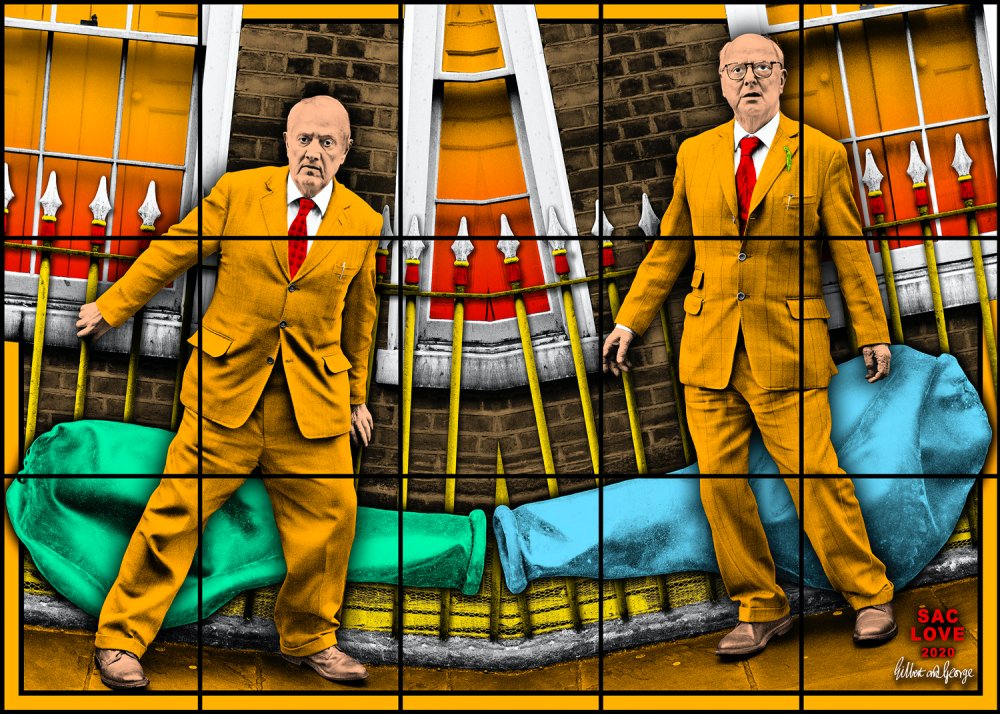 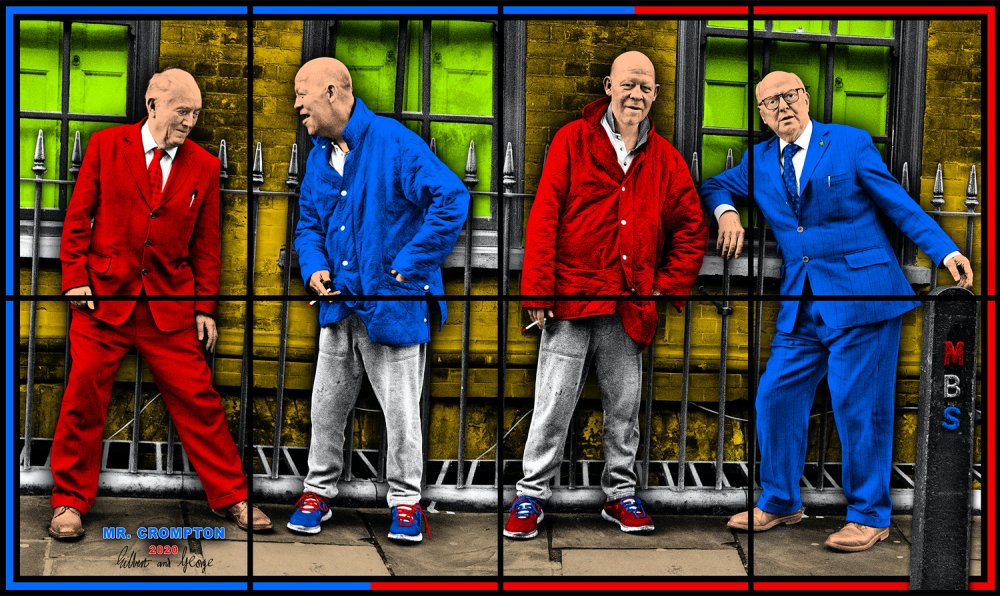 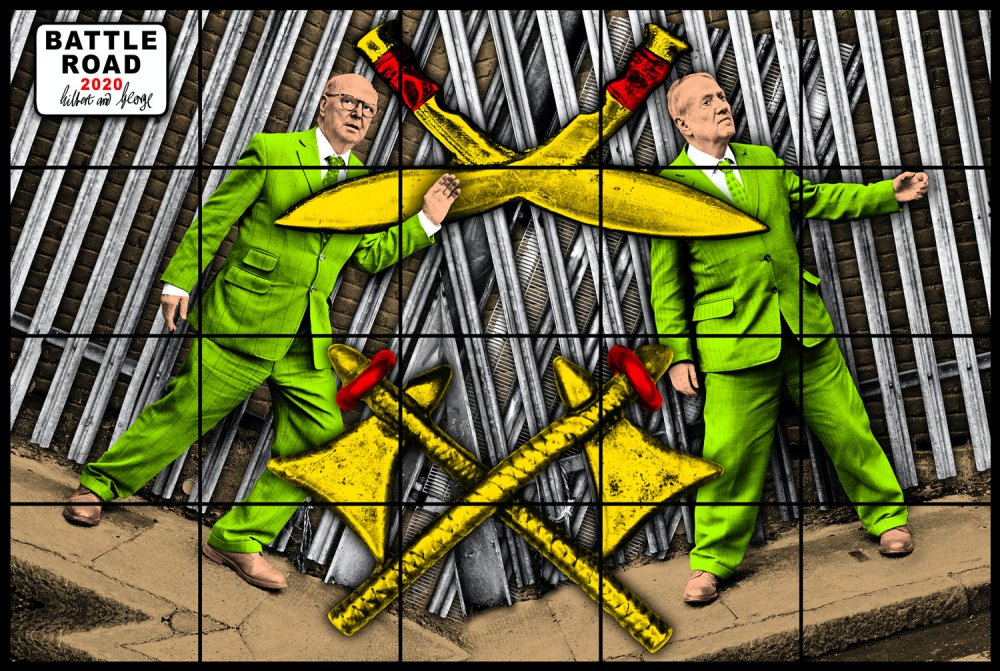 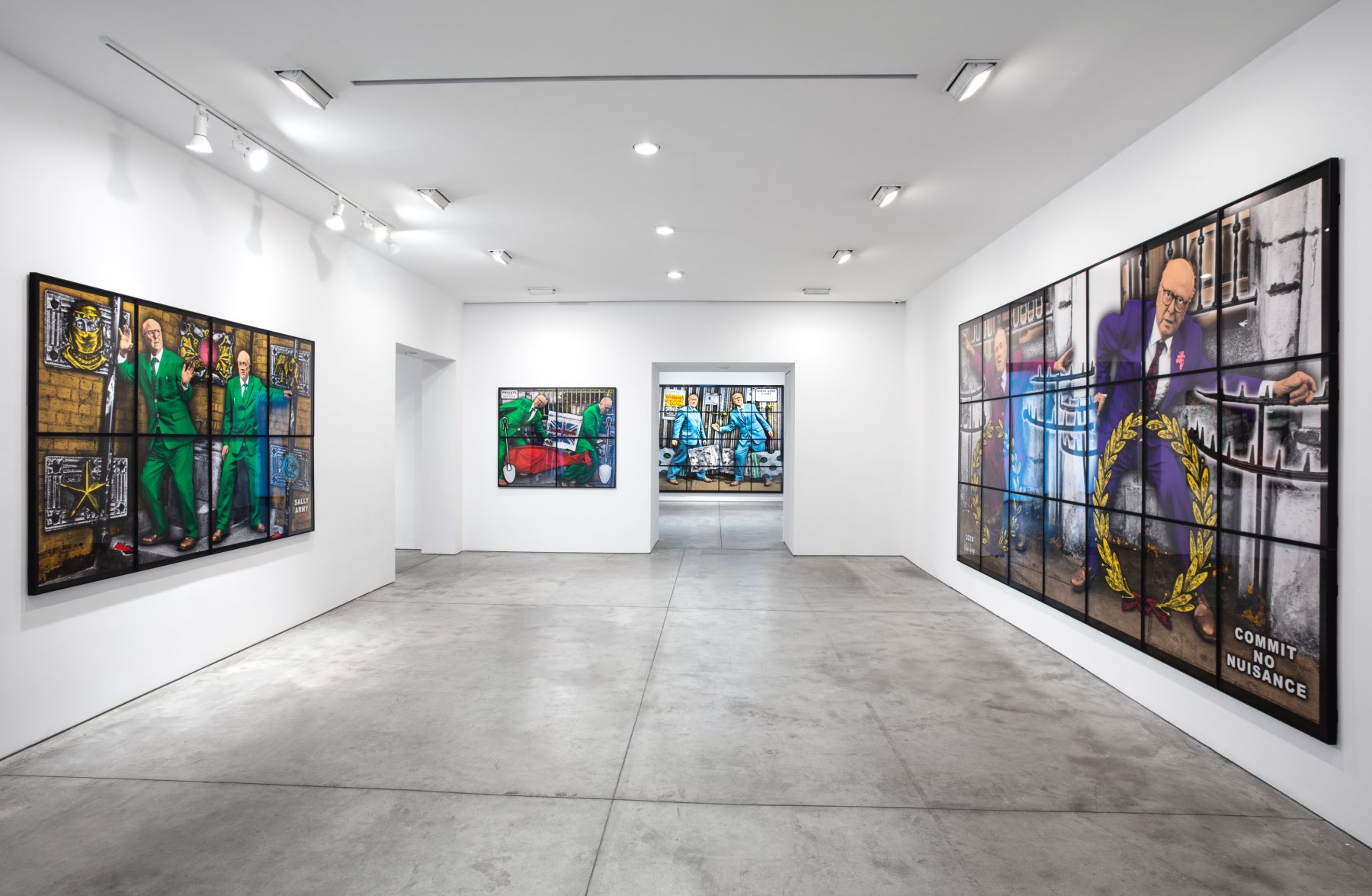 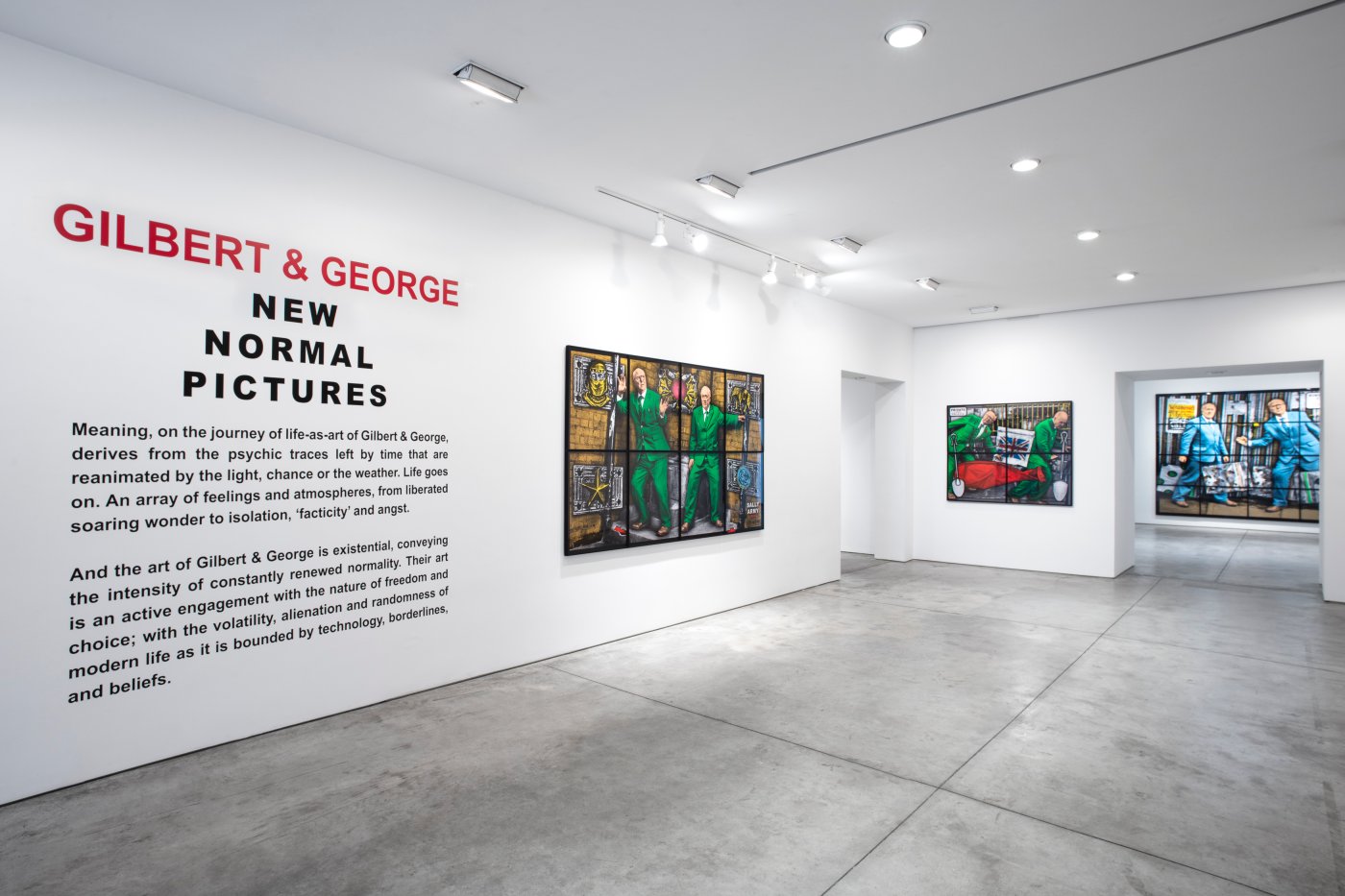 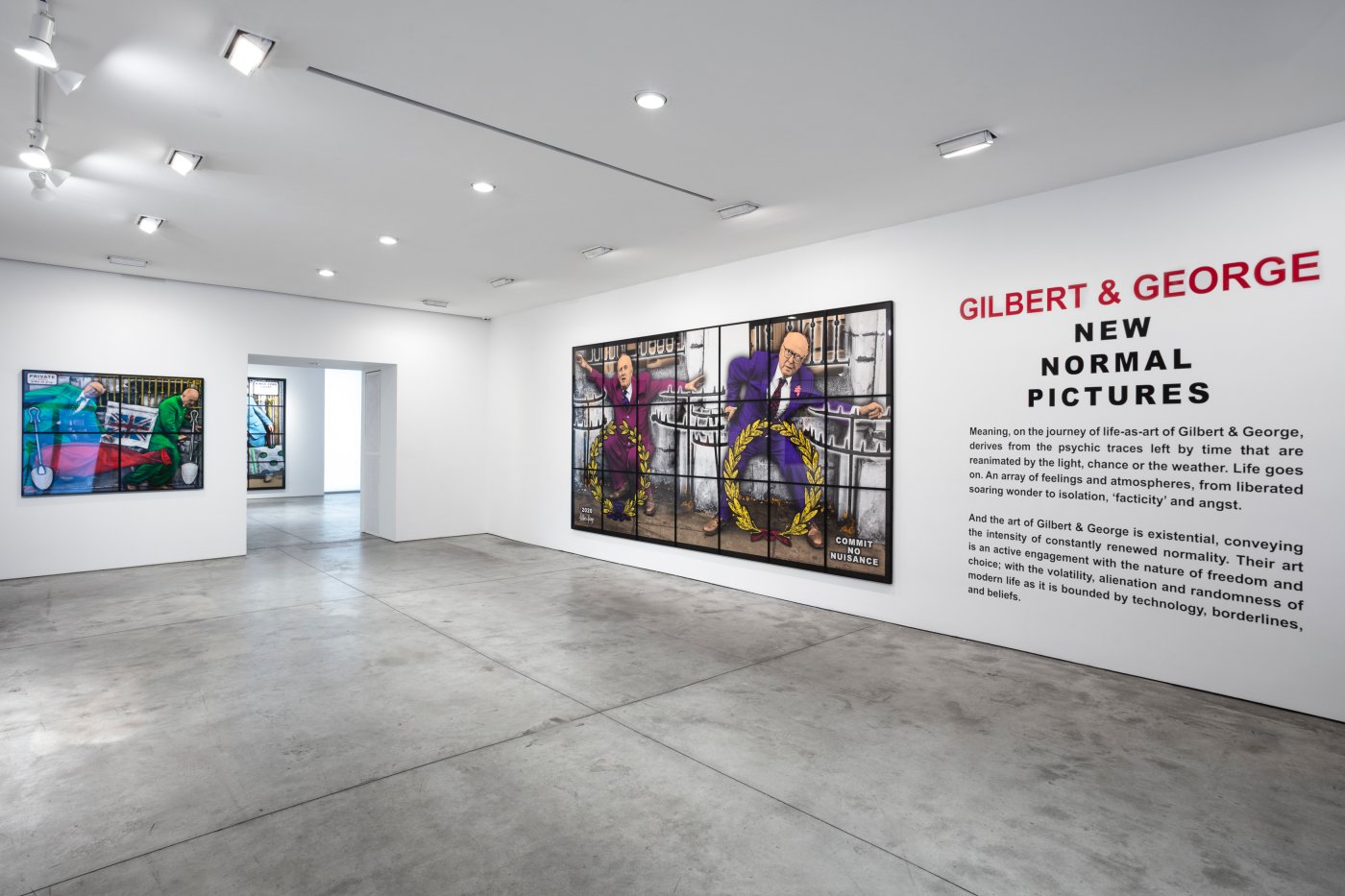 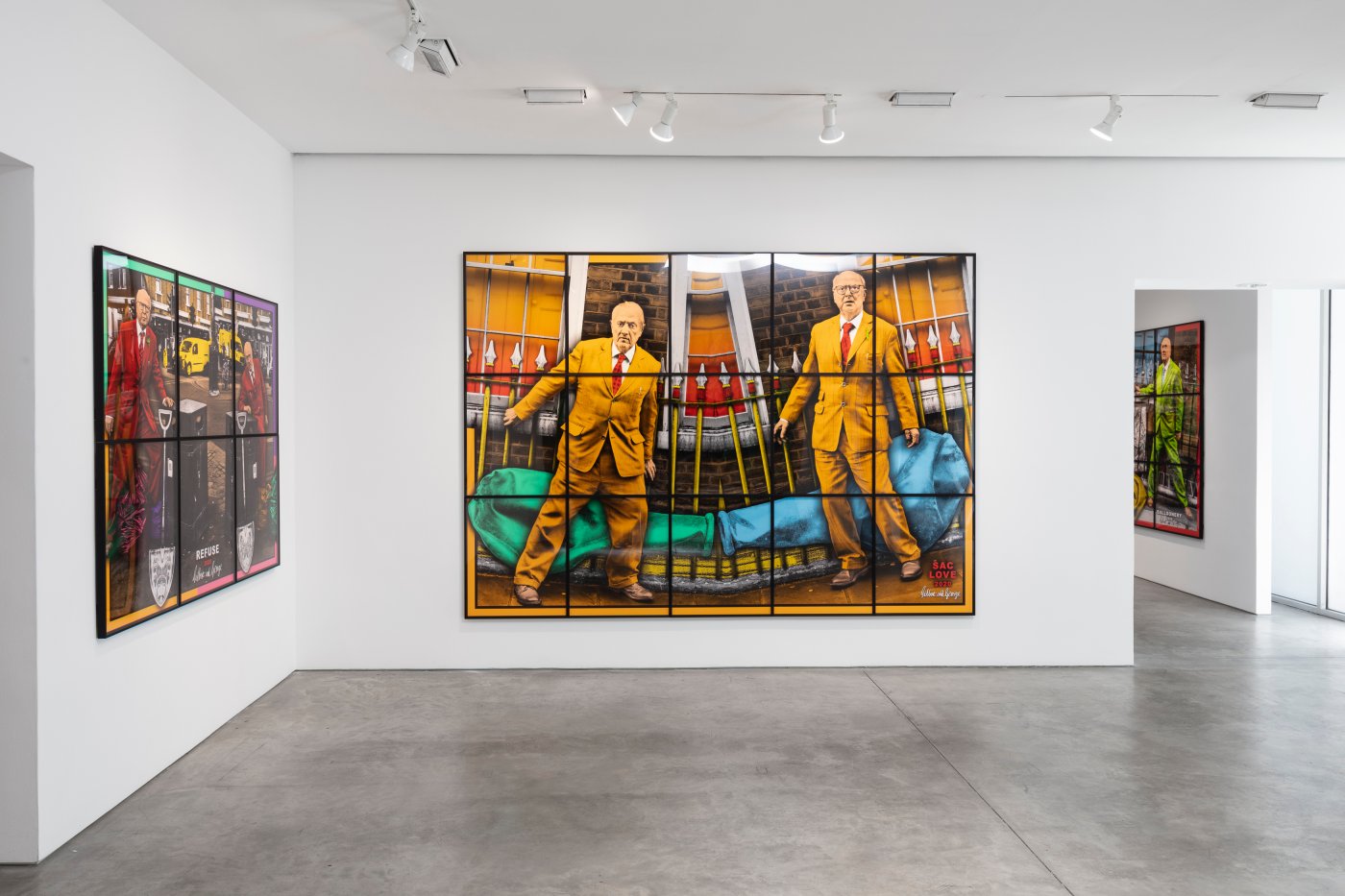 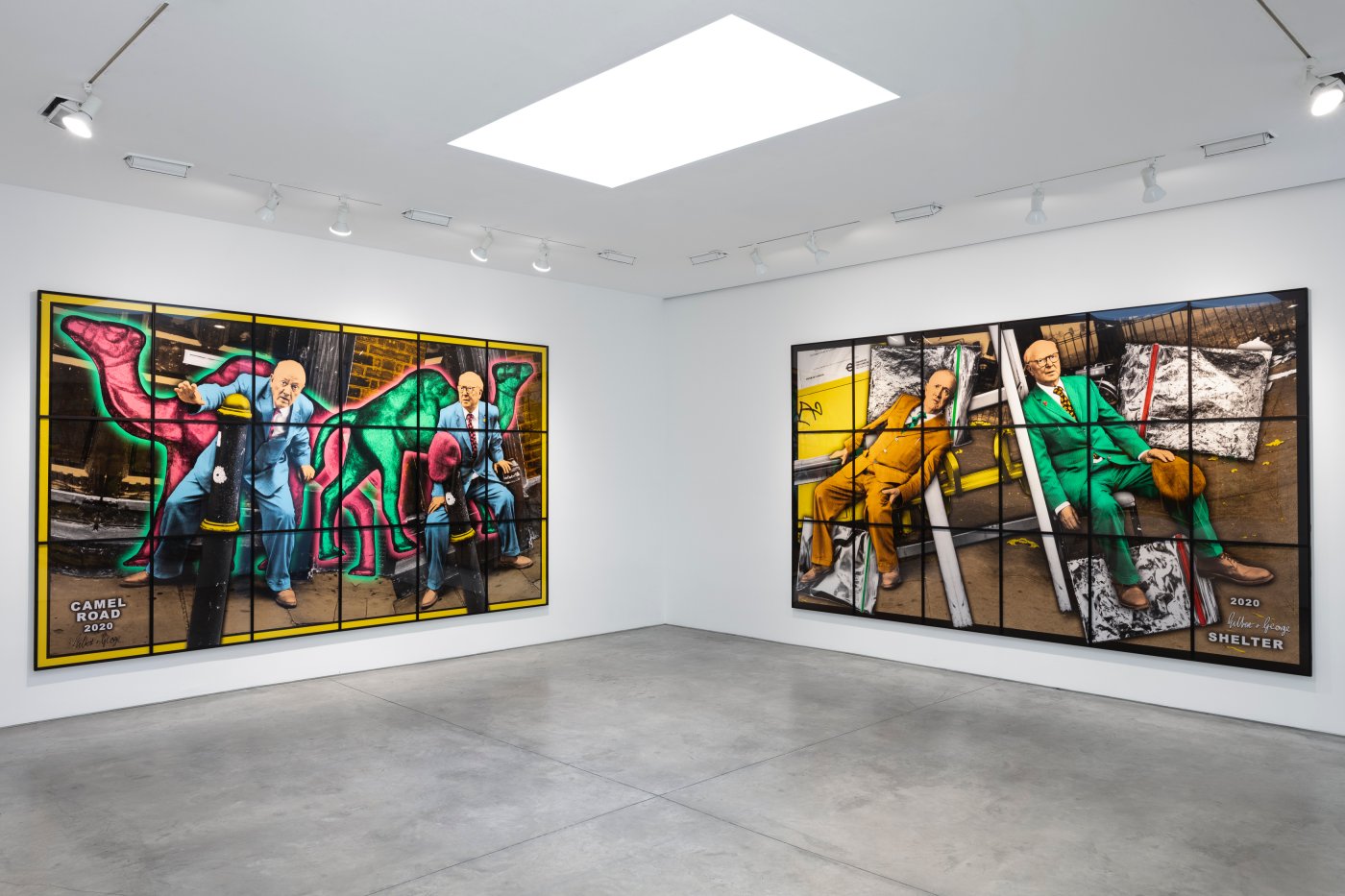 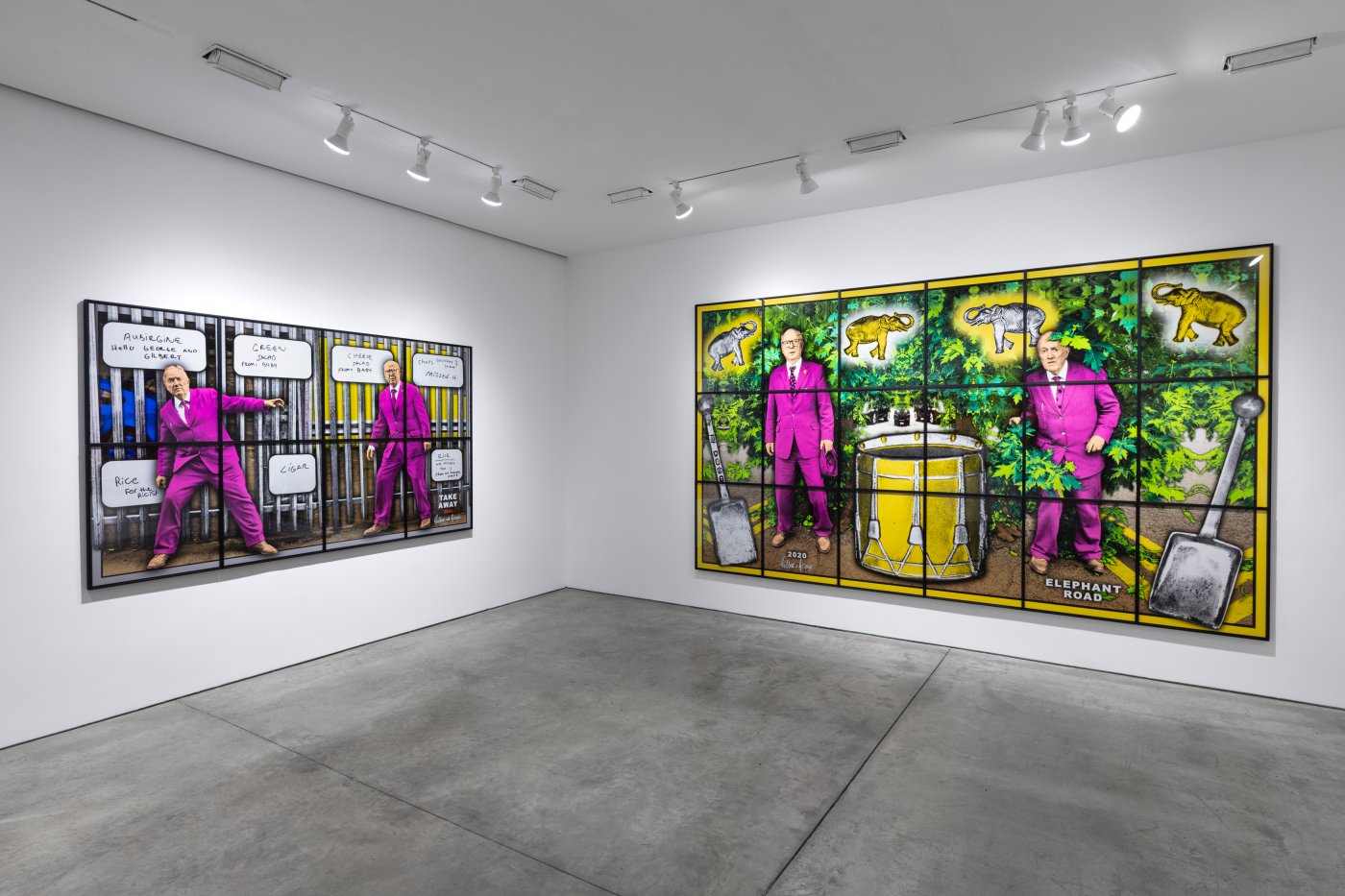 For over 50 years, Gilbert & George have lived and worked together in London’s East End, subsuming their individual identities into a singular artistic persona. The neighborhood has served as both the backdrop of and subject matter for their art, bearing witness to the shifting sociopolitical and urban conditions of the area over many decades. Through imagery specific to London and the East End in particular, Gilbert & George create pictures that function as both a portrait and love letter to their city―and often reflect larger universal concerns. The works in NEW NORMAL PICTURES bring the uncanny to life, where brute realism is infused with the hallucinatory quality of dreams. Each picture is simultaneously too dark yet too bright, and the tonal contrasts seem to be at war with one another, with little to soften the bleak, urban other-worldliness of the compositions. By depicting precarious (often seemingly absurd) image-subject relationships, the artists create a discordant tone that heightens the overarching sense of drama, dark humor, and intrigue.

NEW NORMAL PICTURES offers a view of London in which everything is slightly off kilter, with the artists themselves pictured attempting to catch their balance or toppling over amidst an ever-shifting landscape. Litter, railings, drug bags, shovels, spades, and old trinkets become symbols of change, chaos, and disruption and function in tandem with the formal elements within each work. In PUMA COURT (2020), Gilbert & George are pictured in bright green suits and ties that stand out against the sickly yellow bricks and grey tonal ground and windows. The grime of the street and basement windows stands out due to stark contrast of greys, every smear, mark, and bit of residue made visible. The building windows are overlain with larger-than-life plastic zip bags―the kind that often hold drugs or other illegal substances. The closure of each bag is the same bright color as the artists’ suits, creating a formal and conceptual connection between their surreal scale and placement of both the bags and the artists themselves. The entire scene is bent in at the center, forcing the artists to “hang on” to the windowsills to keep from falling out of frame.

Since the summer of 1967, Gilbert & George have been travelling together on what they refer to as “a visionary and moral journey” that is often made on foot along the streets of London, or occasionally by bus to the city’s edges. The streets, alleys, and vistas portrayed in NEW NORMAL PICTURES offer the viewer a glimpse into some of their more recent excursions. The spaces they traverse are almost (but not quite) familiar, appearing normal at first glance but in fact revealed to be strange and skewed, with a touch melancholy. In BATTLE ROAD (2020), the artists are depicted in lime green suits on sidewalks that are tilting towards each other. At the center, swords and axes appear as emblems, with the background marked by violent metal fencing that feels almost cage-like. While the tilted road and fencing imply danger, the images of historic weaponry offer a touch of nostalgia for a popular, mythologized England of the distant past. Following the global political, social, and economic shifts that occurred during 2020, the title NEW NORMAL PICTURES both recognizes sentimentality for the familiar while acknowledging the fact that the world has irrevocably entered a “new normal.” Through their altered landscapes, Gilbert & George give visibility to things typically overlooked and discarded, creating a reversal of standard hierarchies as an emblem of our forever altered global reality.