Fire / Flood by Gideon Mendel is now open at Soho Photography Quarter. Works from his Drowning World and Burning World series of photographs, alongside a newly commissioned moving image work, are on show in this free outdoor exhibition. 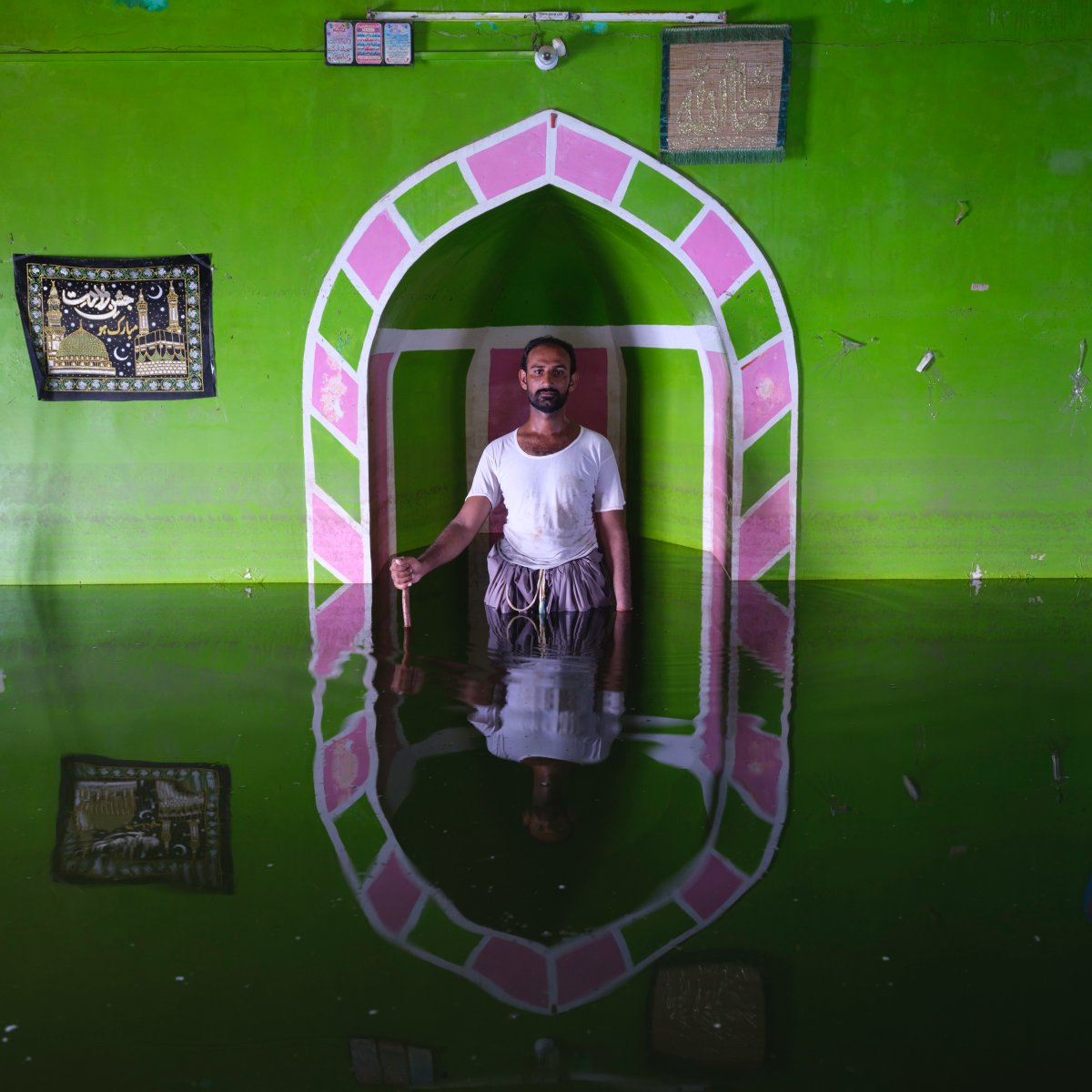 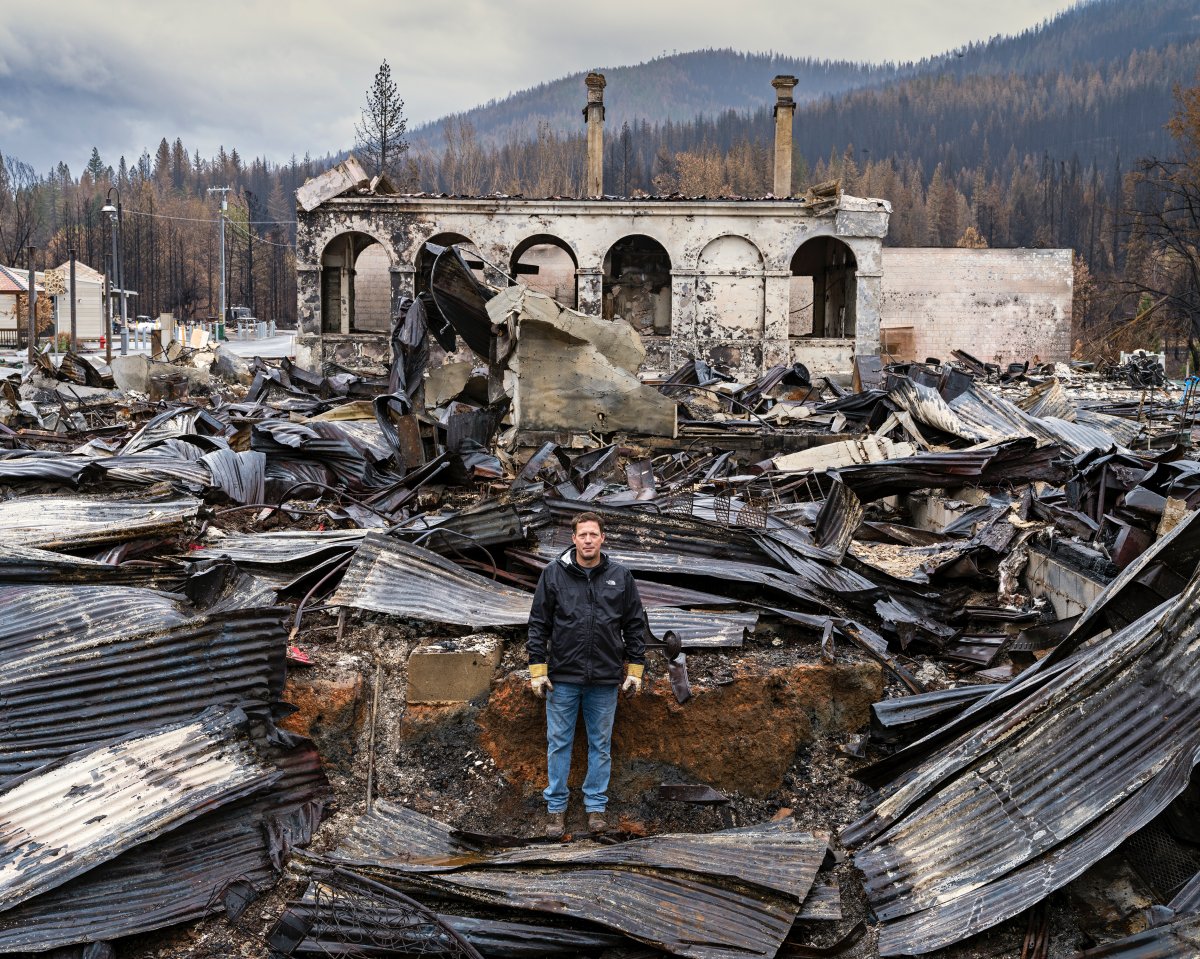 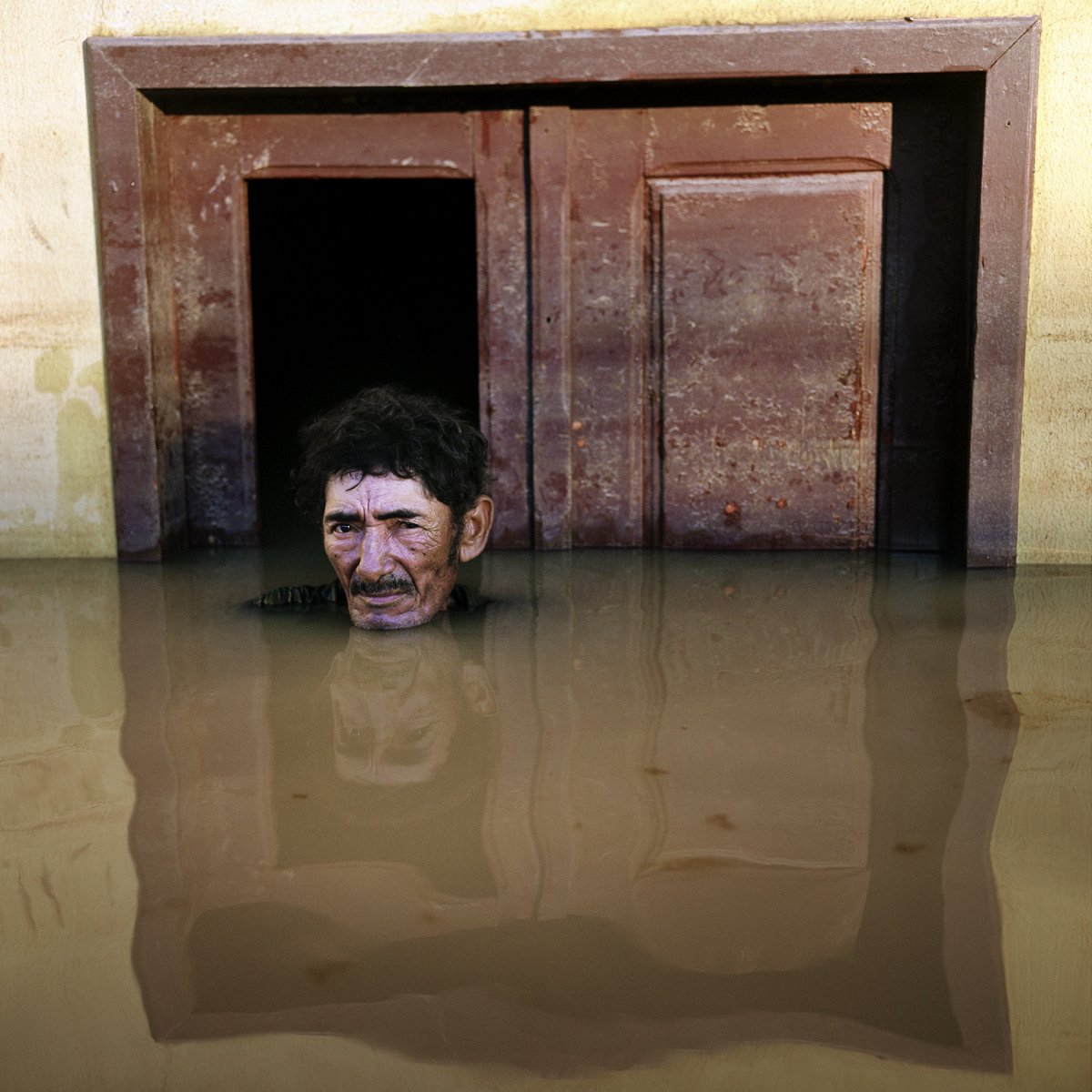 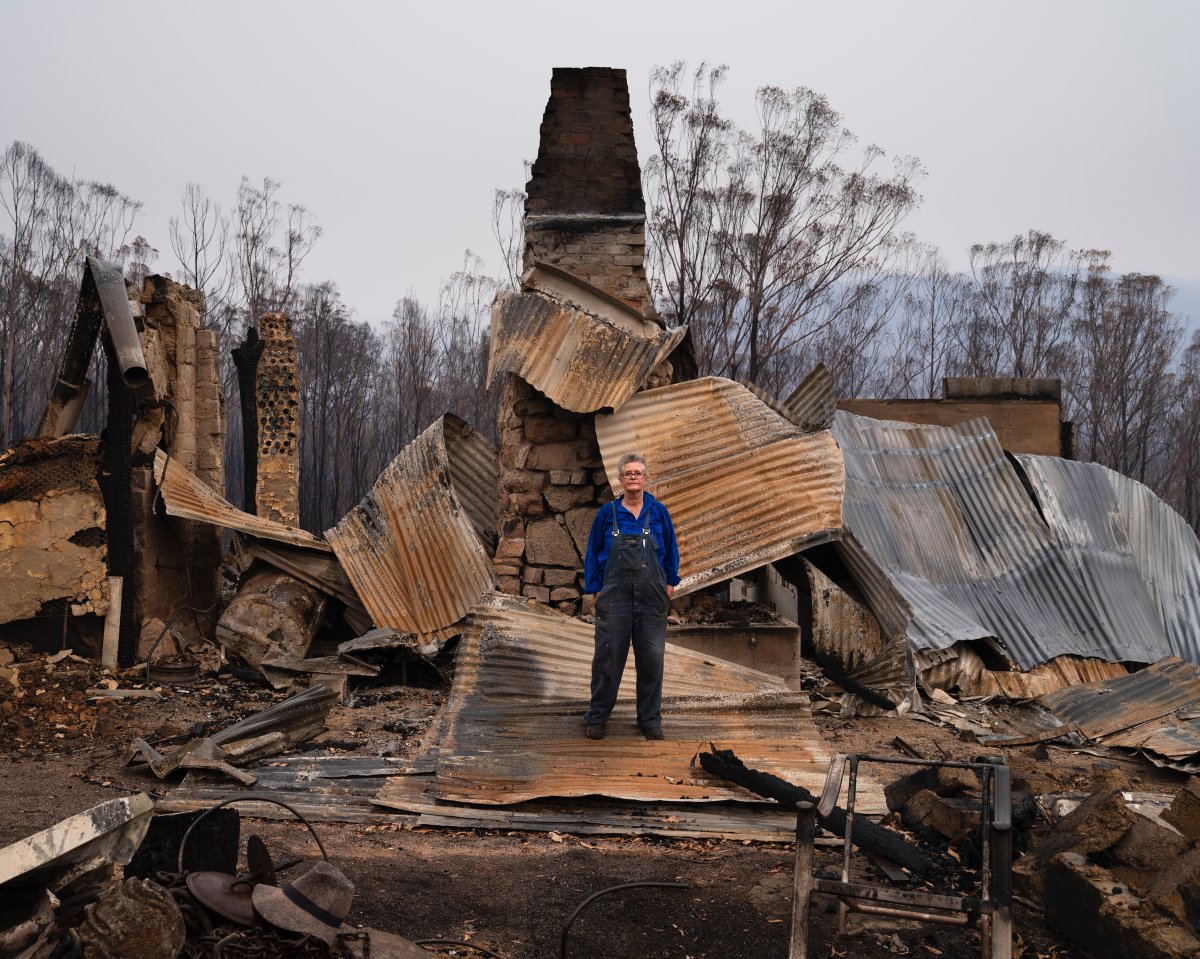 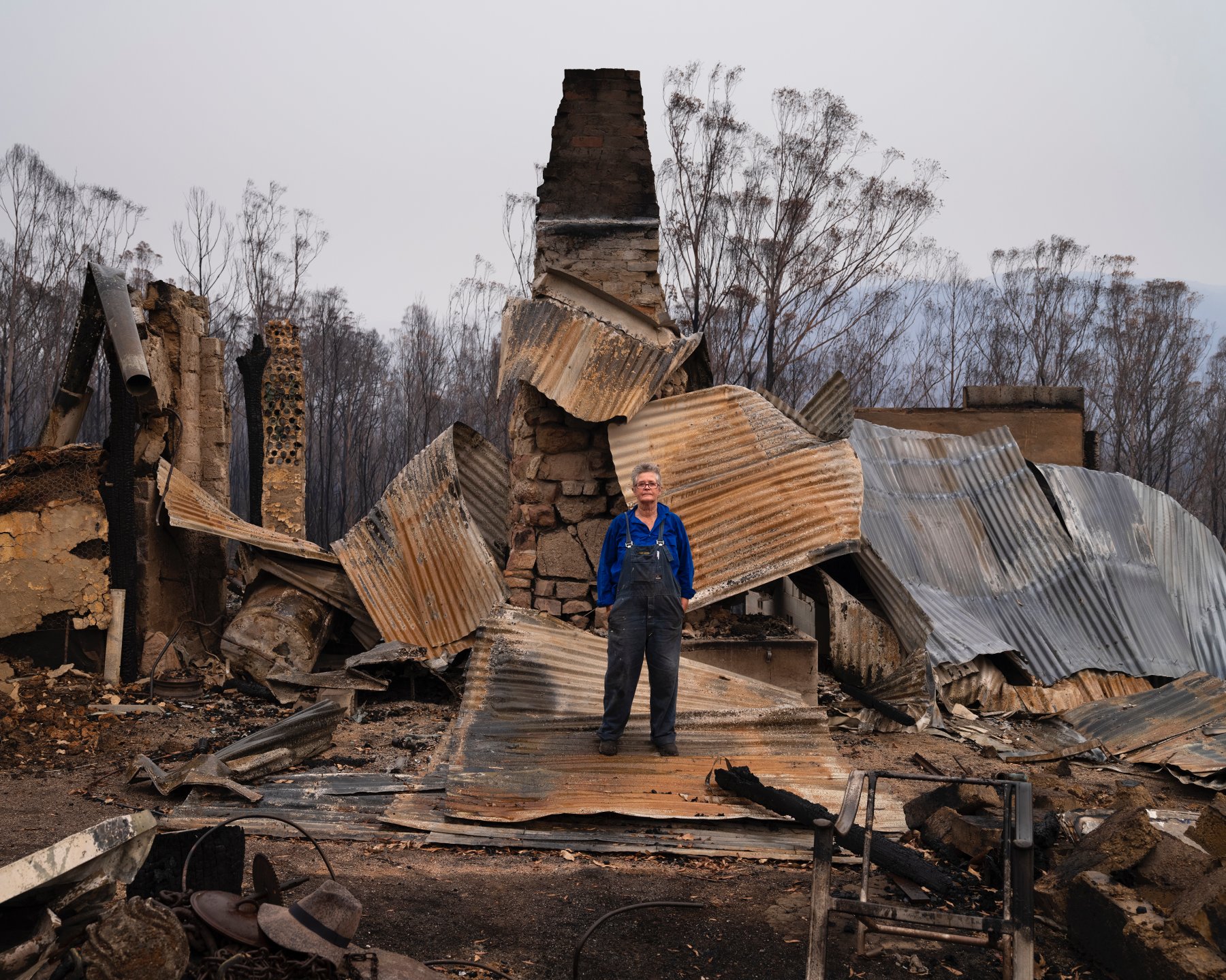 Since 2007, Mendel has made twenty trips to document floods in thirteen countries, witnessing a shared human experience of climate catastrophe that transcends geographical, cultural and economic divides.

Shown for the first time in the UK, Mendel’s most recent portraits were shot in Bayelsa State, Nigeria and in Sindh Province, Pakistan. Since August 2022, both regions experienced unprecedented rain and were devastated by the worst floods in living memory. Countless structures and buildings were destroyed and millions left homeless. Visiting these communities months after the initial flooding Mendel found that the water levels remained high, still filling people’s homes. Even as the waters recede, the damage to people’s lives is immense. Mendel’s images record this in a deeply intimate and graphically precise way.

My subjects have taken the time – in a situation of great distress – to engage the camera, looking out at us from their inundated homes and devastated surroundings. They are showing the world the calamity that has befallen them. They are not victims in this exchange: the camera records their dignity and resilience. They bear witness to the brutal reality that the poorest people on the planet almost always suffer the most from climate change.

The Burning World series is Mendel’s response to the unprecedented increase in the extremity of wildfires around the world, as global temperatures rise. Since the start of 2020 he has documented the aftermath of fires that have destroyed homes, killed numerous people and burnt millions of acres of land.

Mendel chooses not to document the burning flames, but rather seeks out their aftermath, the traces left behind on lives and landscapes. Made across different communities around the world, the people in the Portraits in Ashes series are framed by the skeletons of their burnt homes and invite us to engage with the scorched world that surrounds them.

Fire / Flood includes images that were taken in Nigeria less than two weeks before the display opens, giving you a visceral sense of our global climate emergency that is happening right now.