Mazzoleni London presents The Golden Age, a solo exhibition of paintings by Gianfranco Zappettini and curated by Martin Holman. 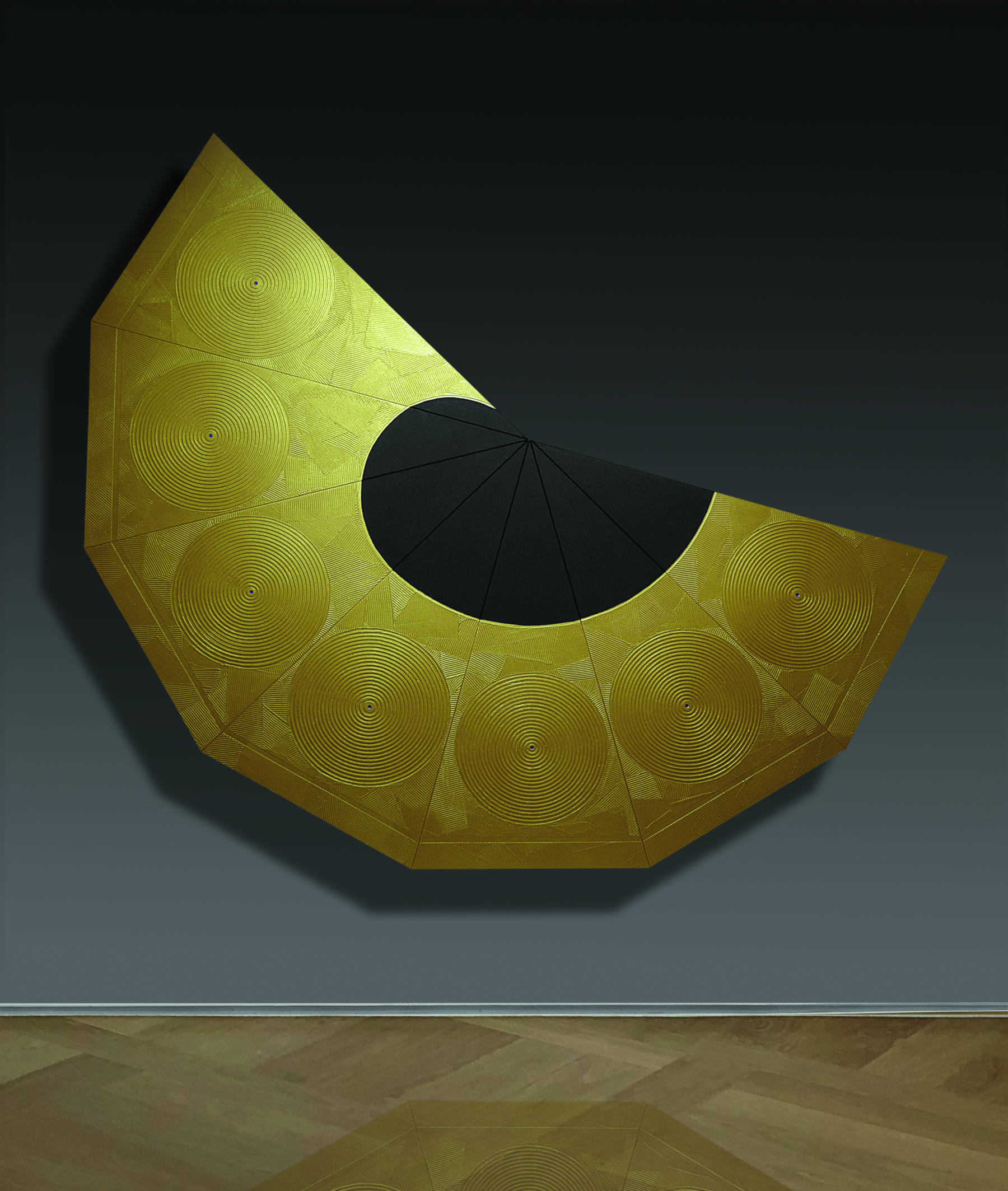 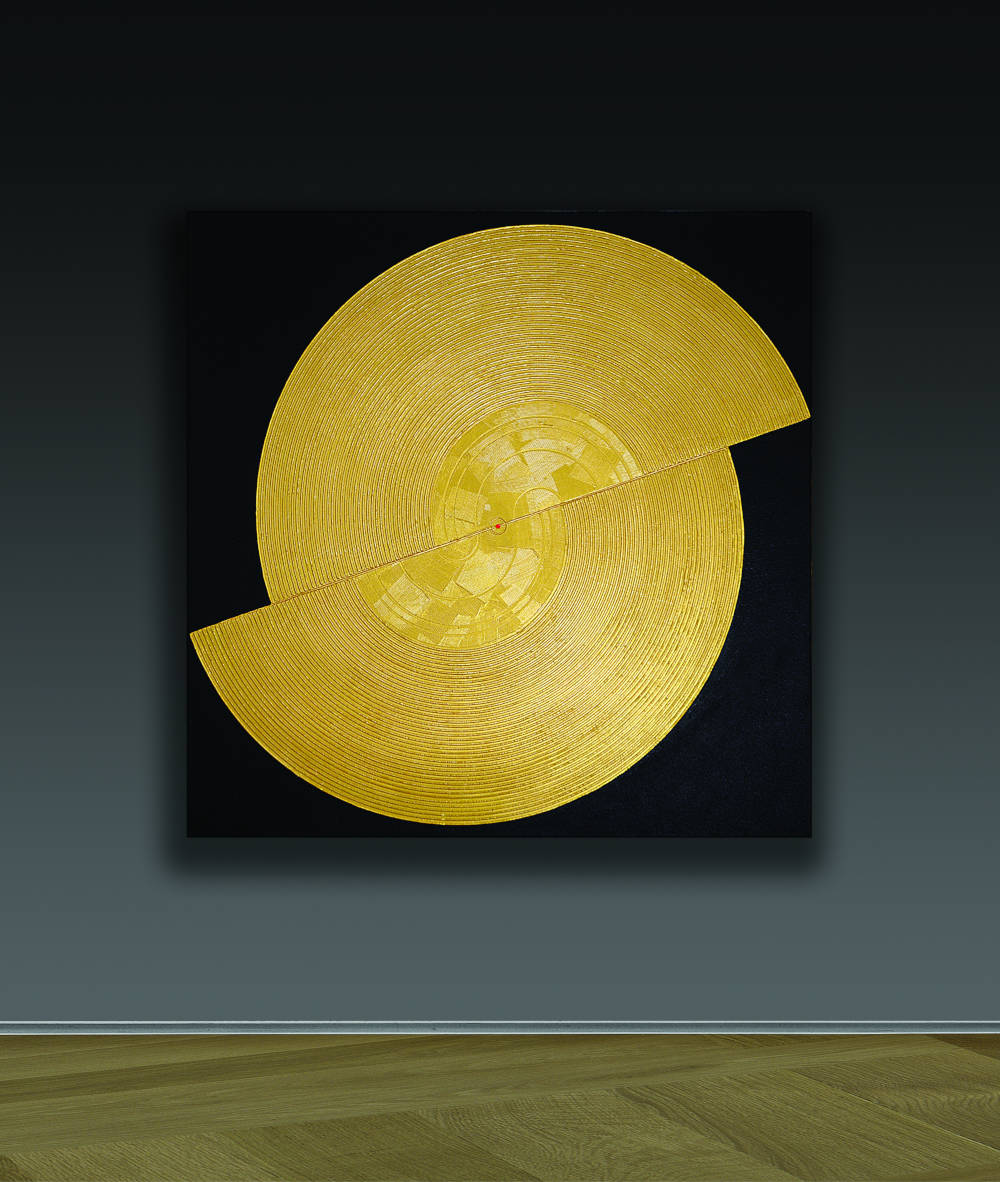 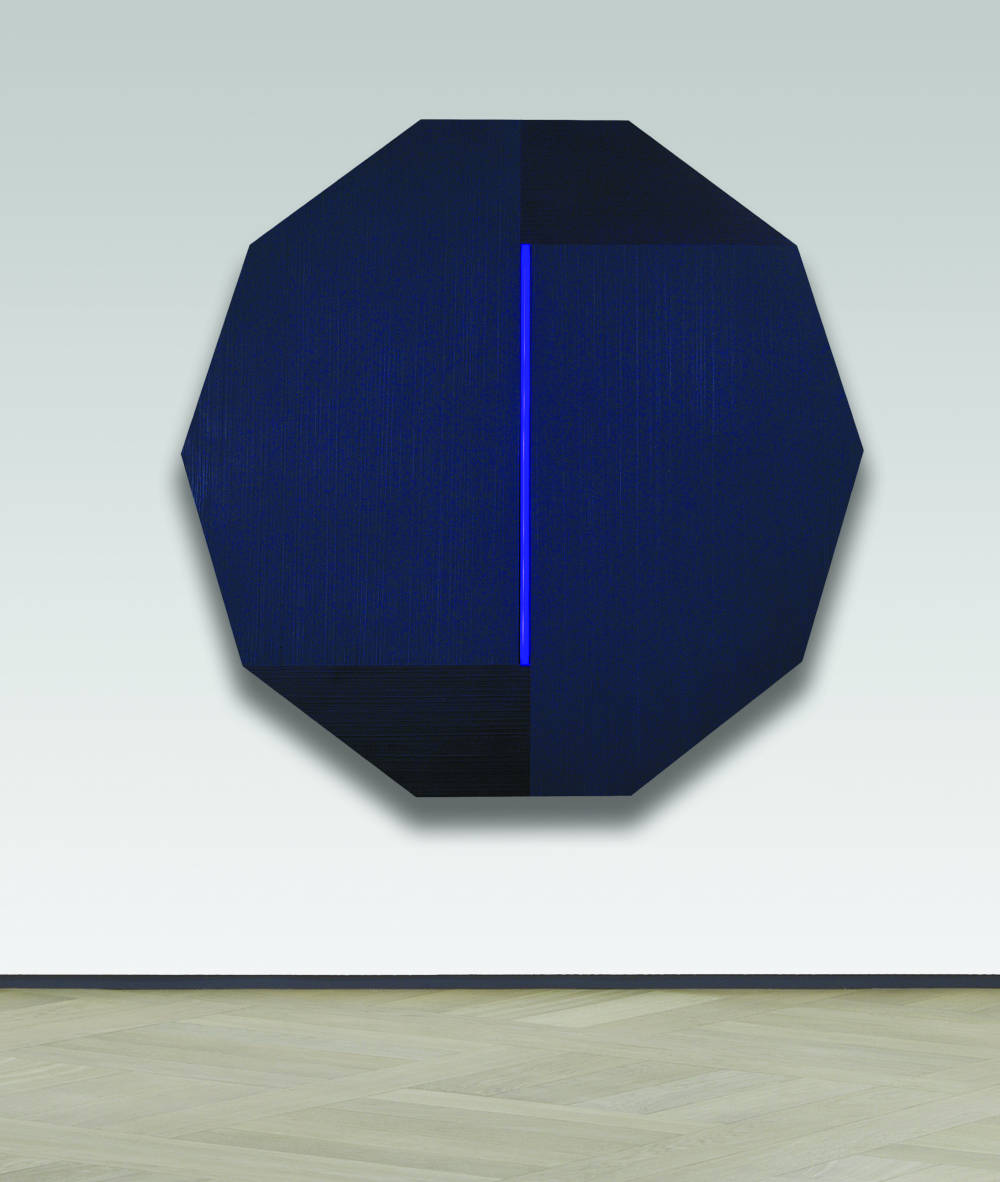 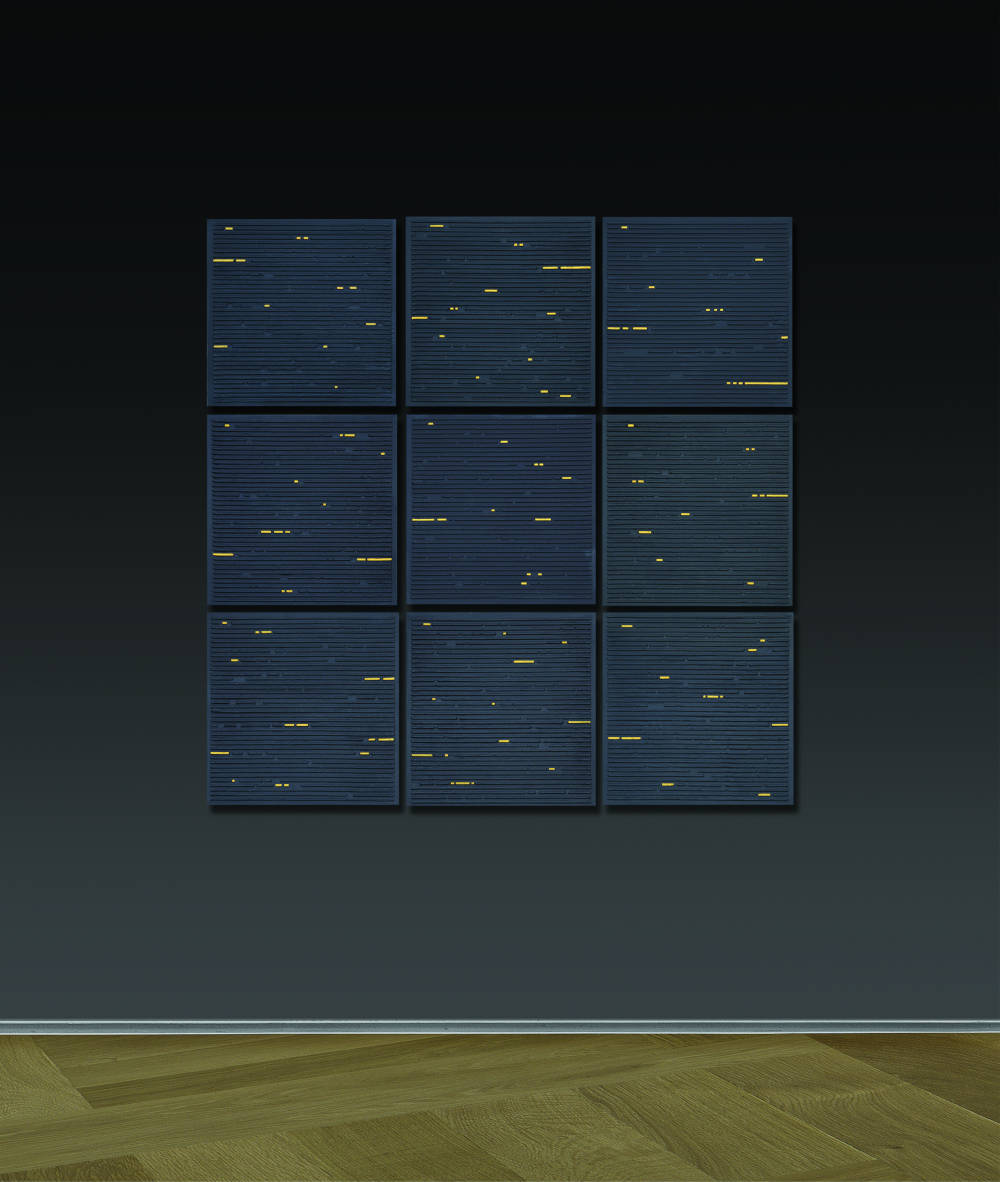 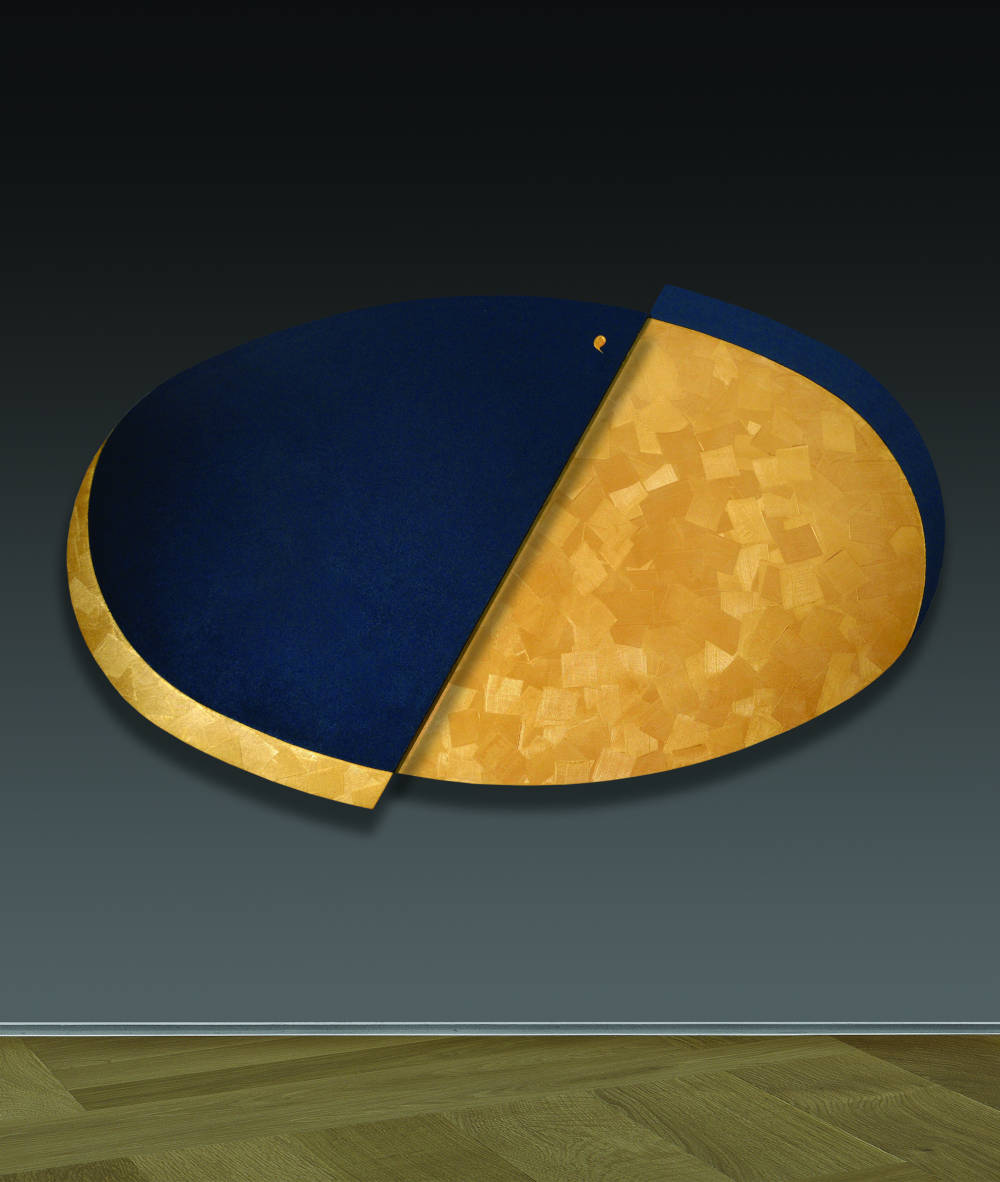 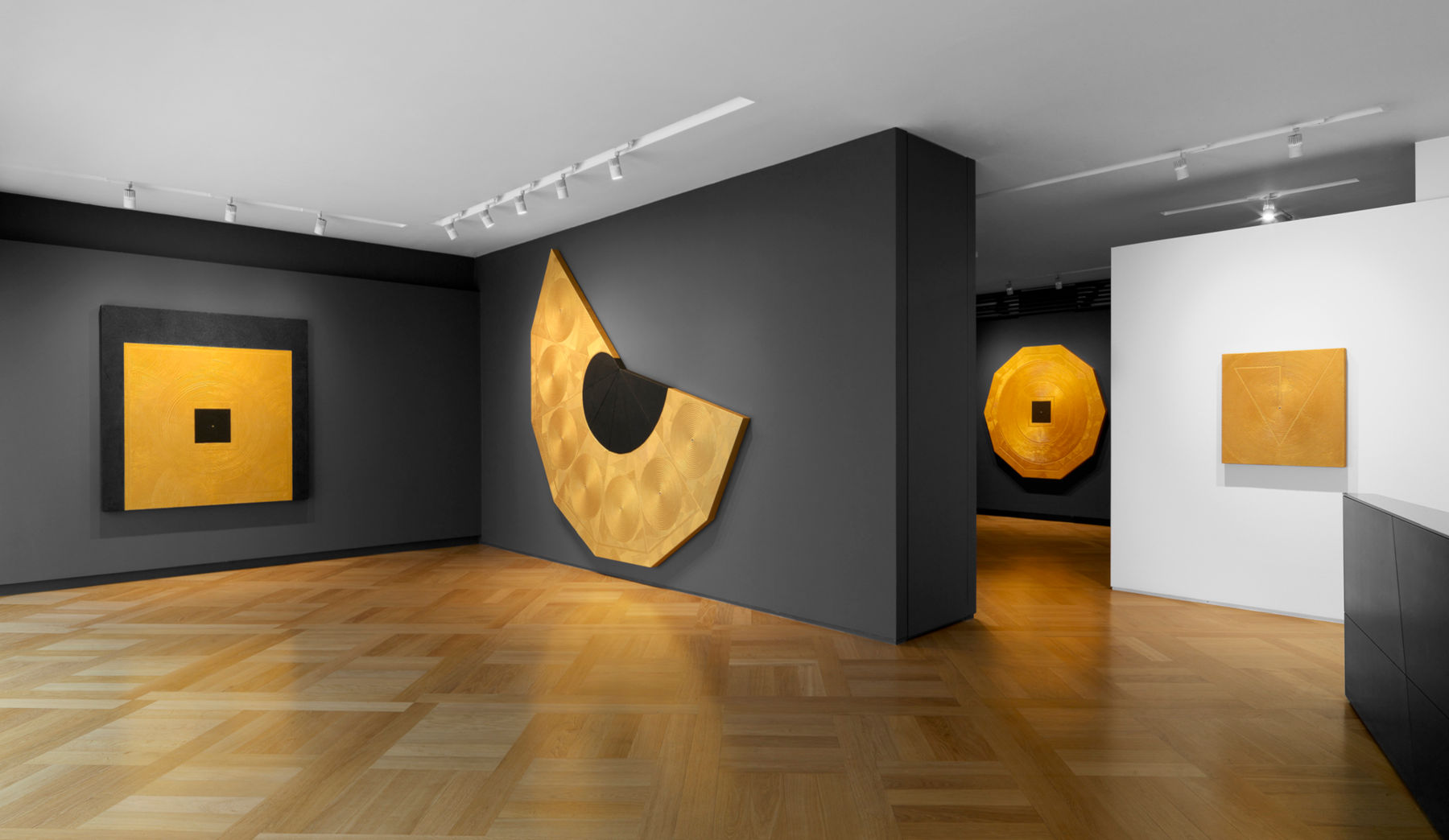 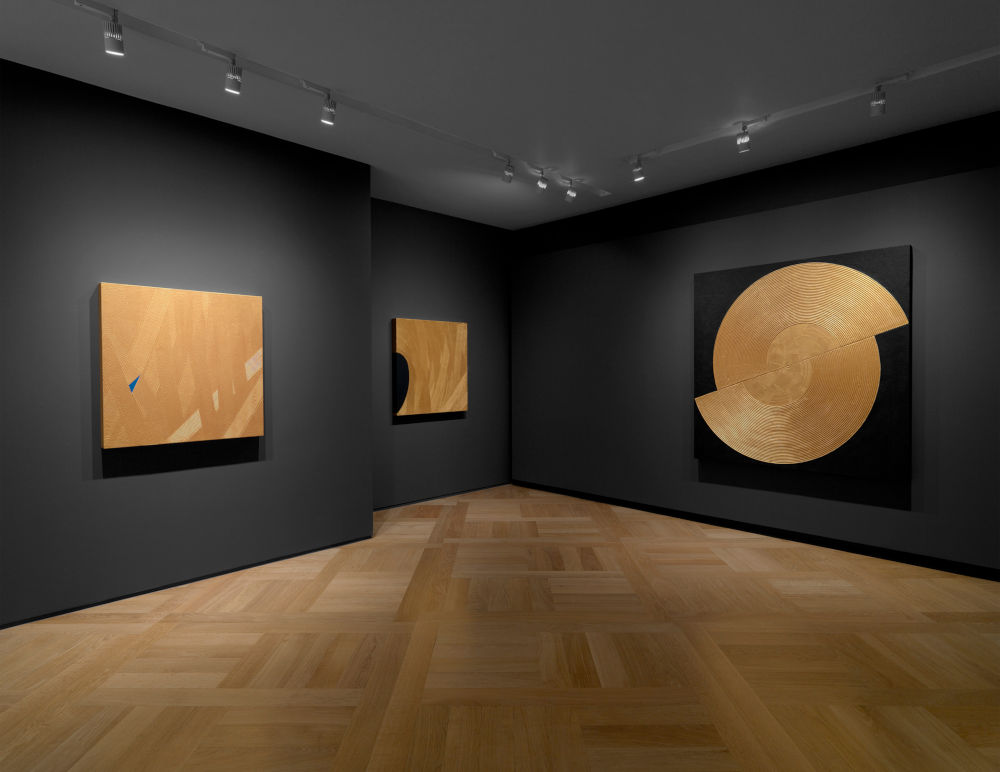 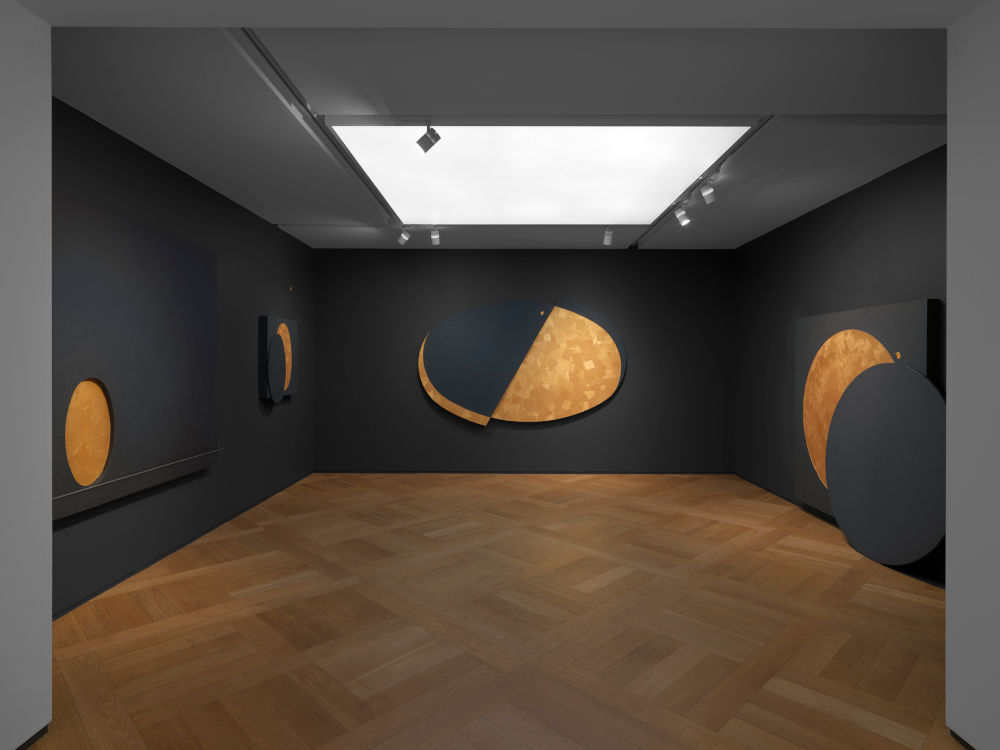 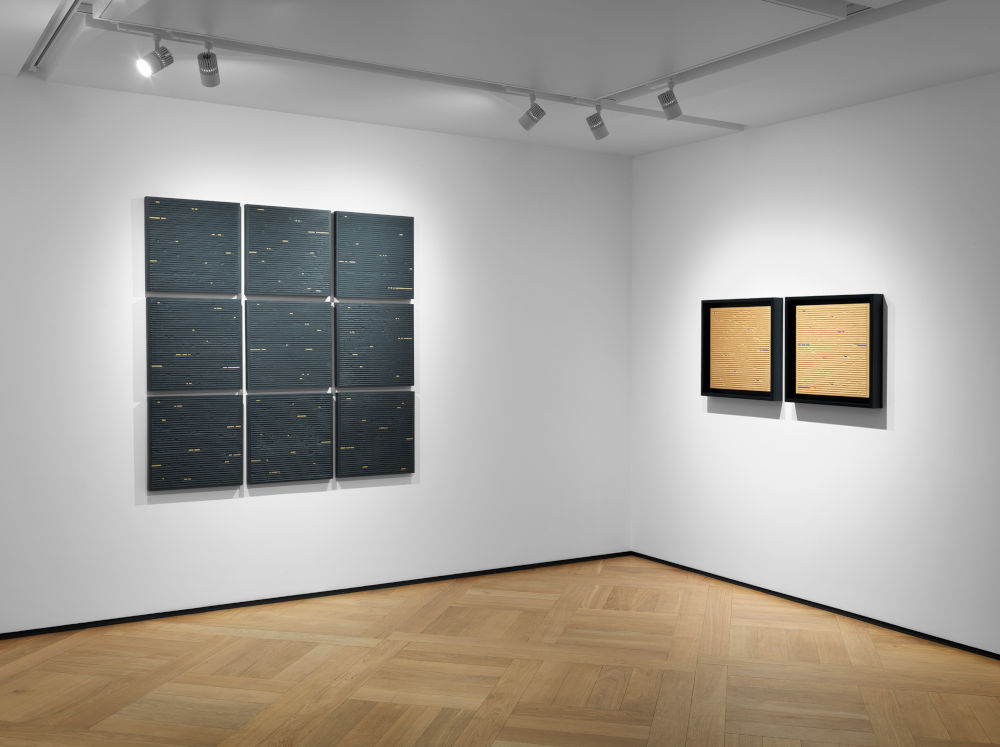 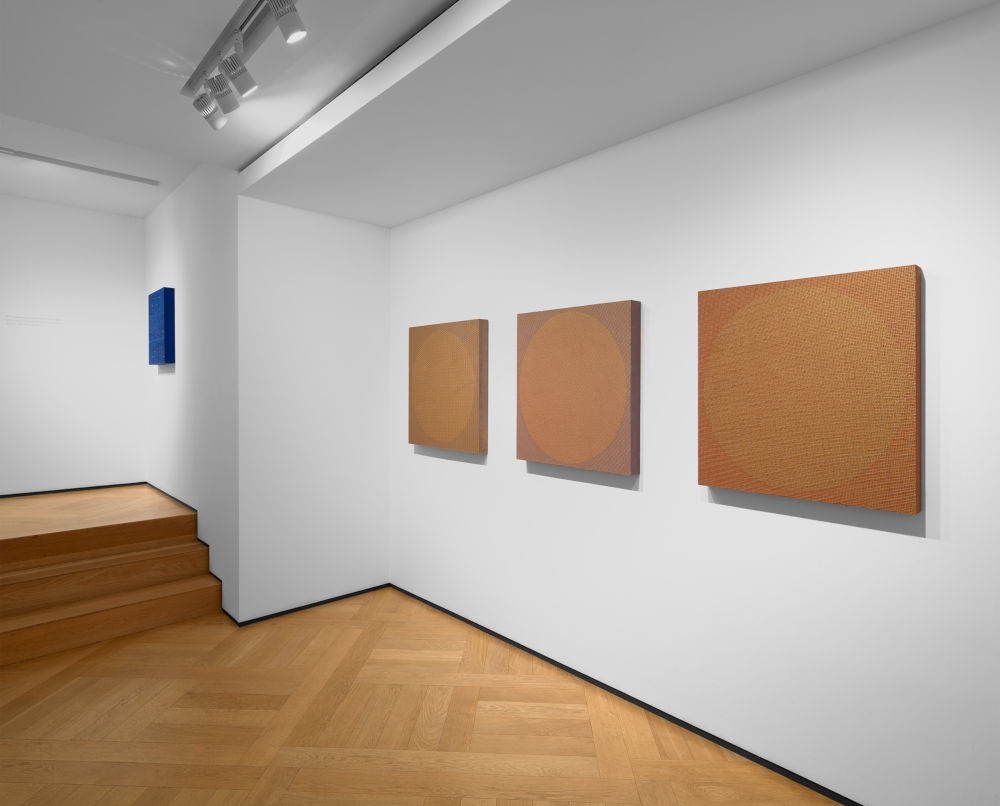 Gianfranco Zappettini, co-founder of the international Analytical Painting movement in the 1970s (which spanned Italy, Germany, France, and the Netherlands), is considered one of the most relevant living abstract Italian painters. The term ‘Analytical Painting’ (Analytische Malerei), was coined by art historian and critic Klaus Honnef in 1974. Zappettini’s works have been exhibited in public museums across Europe (Westfälischer Kunstverein in Münster, 1971; Galleria Civica d’Arte Moderna, Turin, 1977; Musée d’Art Moderne de la Ville de Paris, 1978; Palazzo delle Esposizioni in Rome, 1981) and at “documenta 6” in Kassel in 1977.

The London exhibition focuses on a completely new series of paintings, which investigates the symbolic meaning of gold as a metaphysical sense of spiritual perfection, not just as a precious material. Moreover, Zappettini’s extensive personal research on Taosim, Zen and Sufism is intrinsic to this body of work. The colour gold is the theme of the installation and as Zappettini states, “While the time of myth is cyclical, there is also correspondence between past and future, between end and beginning, because what has been will necessarily repeat again. A new ‘Golden Age’ will follow the age in which we are living – a final epoch, degenerate and stripped of spirituality: this narrates the myth and this may prefigure art, capable of conserving the most profound values and, like myth, of passing the confines of time.”

The artist’s method is based on calm attentiveness; each and every area of the painting, meticulously separated from one another, can be distinguished through the density of colour and expressed through the respective stratification of the painterly material. For Zappettini painting is a spiritual exercise; the colours utilised in his work – the gold, silver and bronze of his Warp and Weft, (La Trama e l’Ordito) series – allude to meanings of a metaphysical order which communicate the ancient splendours of a time when art still had a propensity towards the divine, recalling Fra Angelico, Simone Martini and Ambrogio Lorenzetti.

The Turin exhibition will also display other paintings from series dating back to the 1990s and 2000s.

Gianfranco Zappettini was born in Genoa in 1939.

In 1962 Zappettini held his first personal exhibition in Palazzetto Rosso in his hometown and began working in the offices of architect Konrad Wachsmann and, together with German painter Winfred Gaul, he began to experience the artistic environment in Germany and Holland. In 1971 he was invited to the Arte Concreta (“Concrete Art”) exhibition at the Westfälischer Kunstverein in Münster, curated by Klaus Honnef. In those years, he participated in the main exhibitions of Analytical Painting: Tempi di percezione (“Times of perception”, Livorno, 1973), Un futuro possibile – nuova pittura (“A Possible Future – New Painting”, Ferrara, 1973), Geplante Malerei (Münster and Milan, 1974), Analytische Malerei (Düsseldorf, 1975), Concerning Painting… (a travelling exhibition in various Dutch museums, 1975-1976). In 1977 he was invited to “documenta 6” in Kassel and in 1978 he attended the collective exhibition Abstraction Analytique at the Musée d’Art Moderne de la Ville de Paris. In the last fifteen years, his work has focused on the symbolism of weft and warp. In 2007, the VAF Foundation (Frankfurt, Germany) dedicated an impressive monographic show to his work.

He lives and works in Chiavari, Genoa, where he founded the Zappettini Foundation for Contemporary Art in 2003.

Explore from the comfort of your own home - Gianfranco Zappettini: The Golden Age @mazzoleniart London a completely new series of paintings, which investigates the symbolic meaning of gold as a metaphysical sense of spiritual perfection, not just as a precious material - curated by Martin Holman click the link in our bio to view the exhibition in VR #360 #360art #360photo #VR #VirtualReality #socialdistancing #GianfrancoZappettini #Mazzoleni #MazzoleniArt #London #gallery #exhibition #art #painting #abstract #geometry #contemporaryart #modernart #seemoreart #GalleriesNow #lifestyle #ID17237