Ghada Amer: In Black and White

Ghada Amer: In Black and White

“Born in Egypt, raised in France, and a resident of New York since the mid-1990s, Amer’s decisive commitment to difficult image- making is filled with an urgency to empower women whose sexuality is treated as taboo”
– Jenni Sorkin, Art Historian

“an iron fist in a velvet glove”
– Hyperallergic

Goodman Gallery presents a selection of Ghada Amer’s signature thread and canvas works alongside a series of abstract and image-driven ceramic objects. 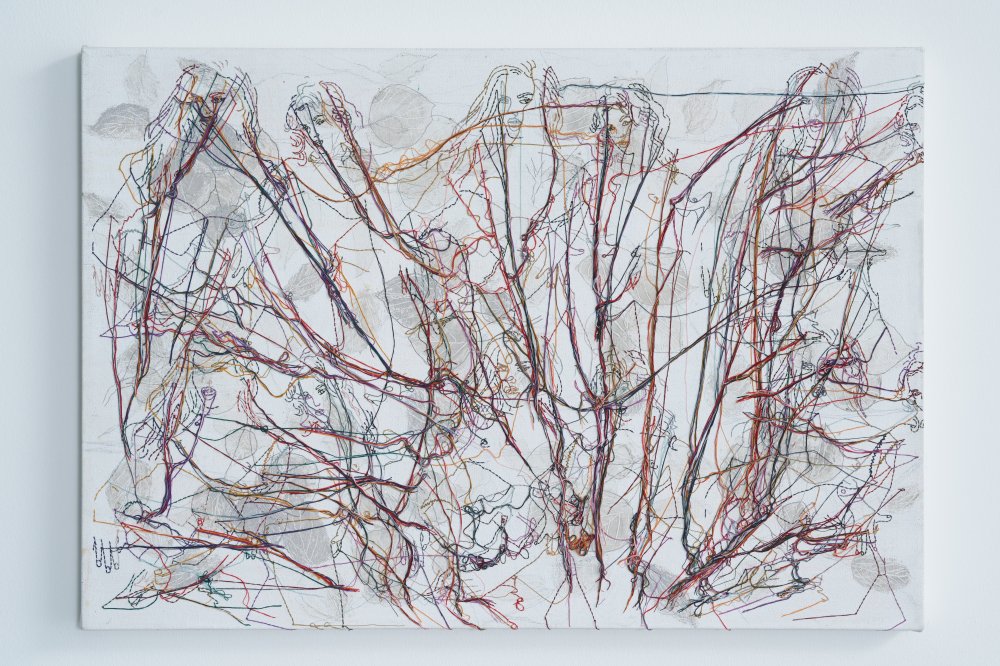 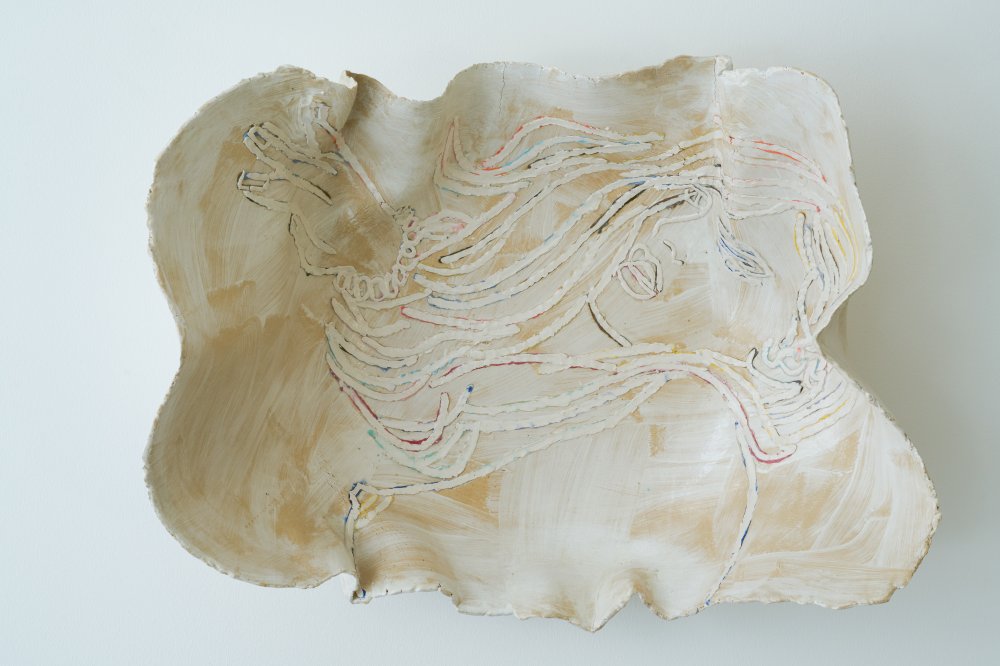 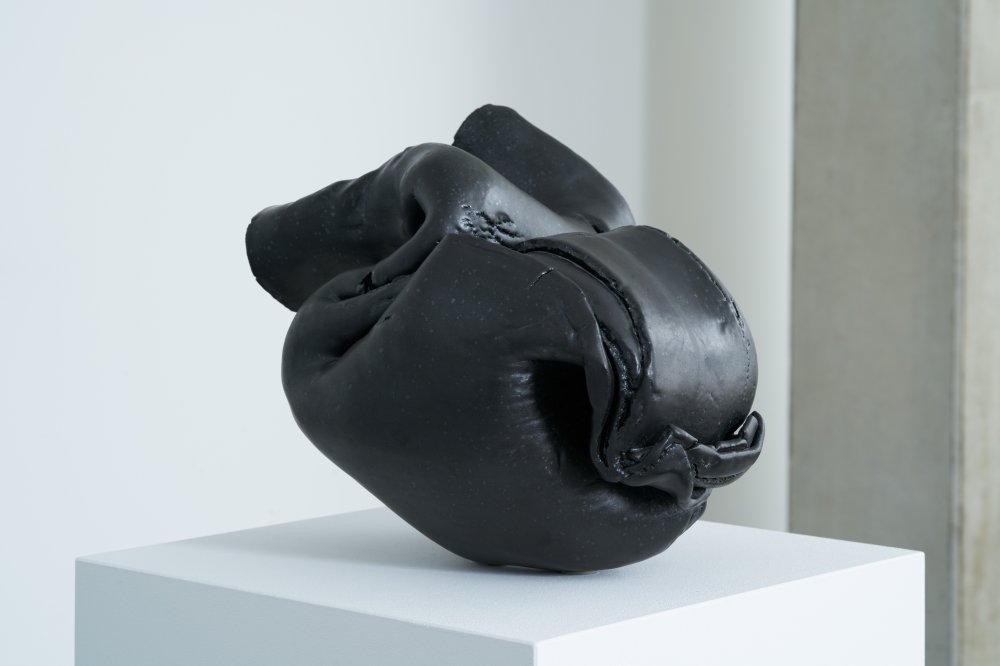 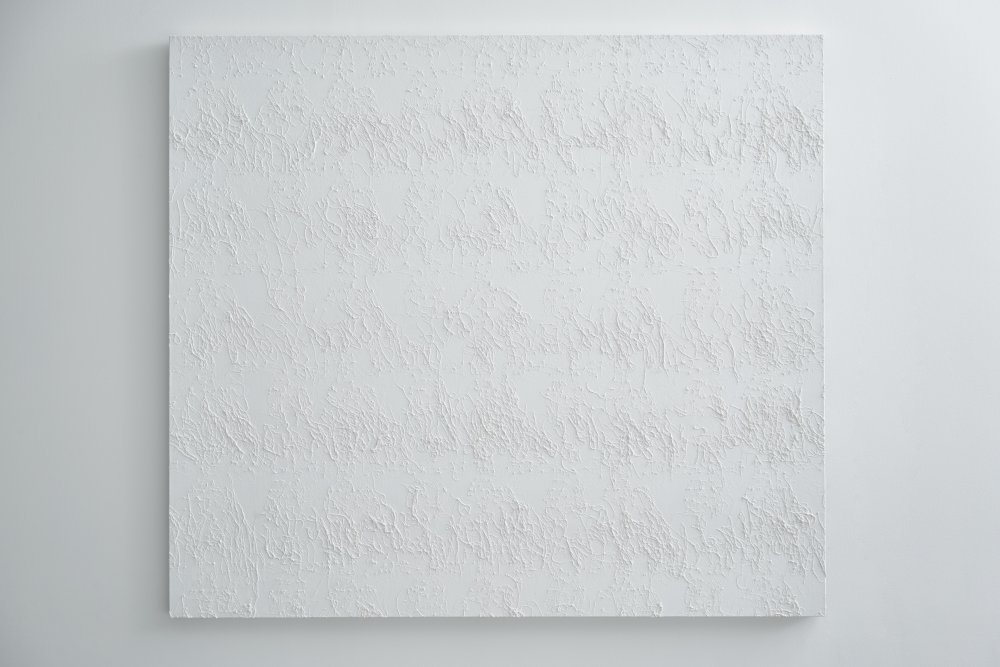 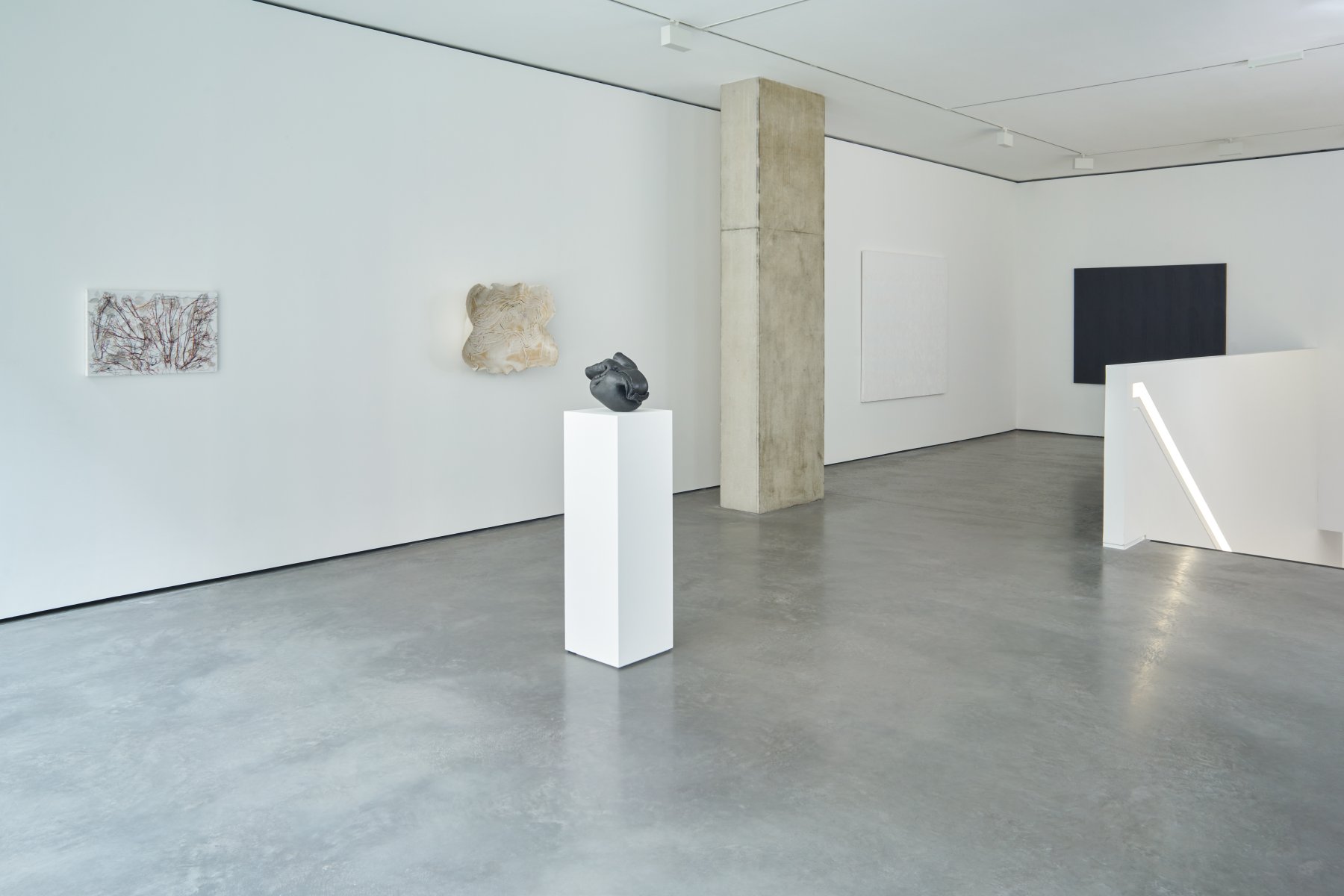 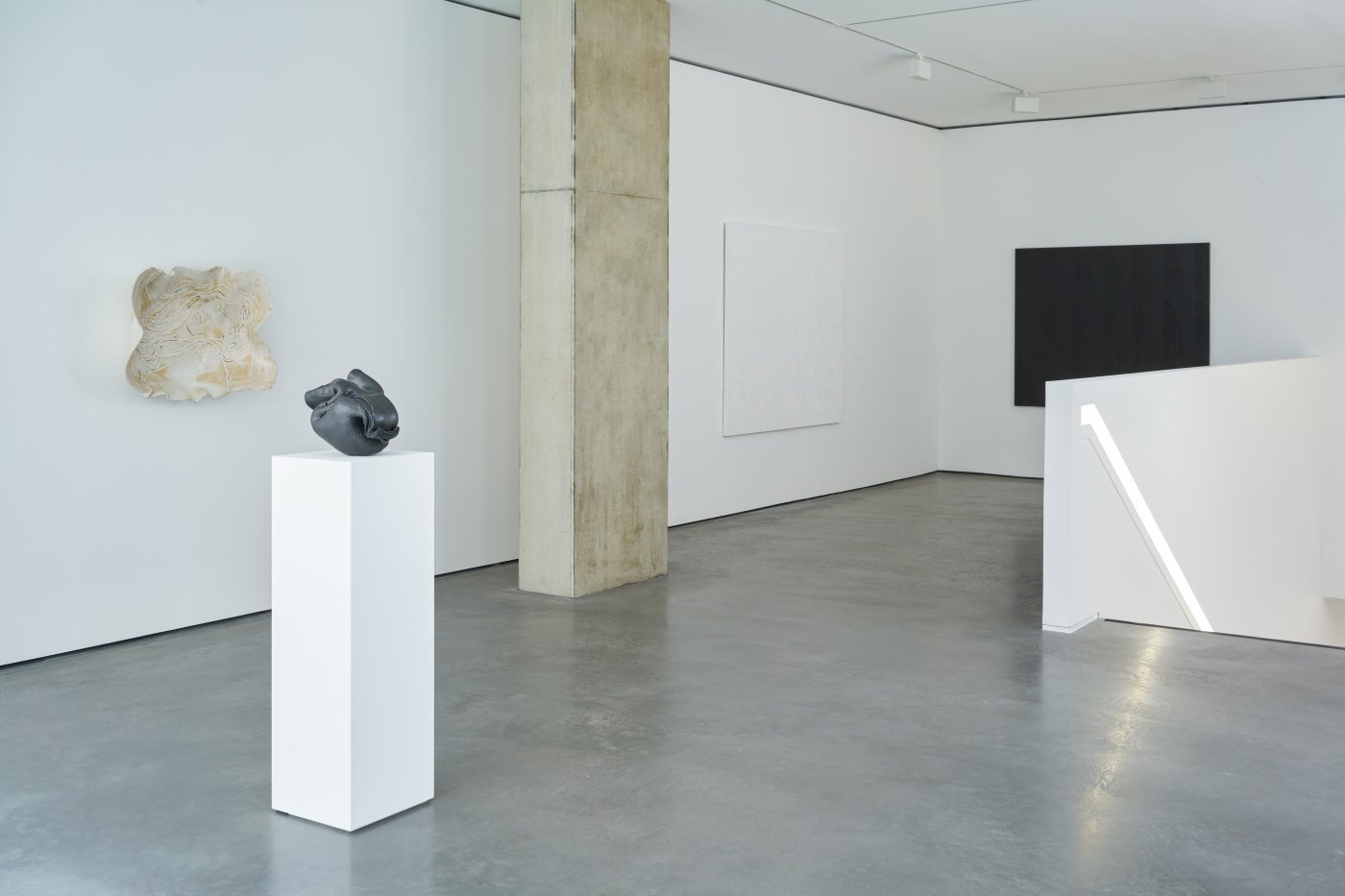 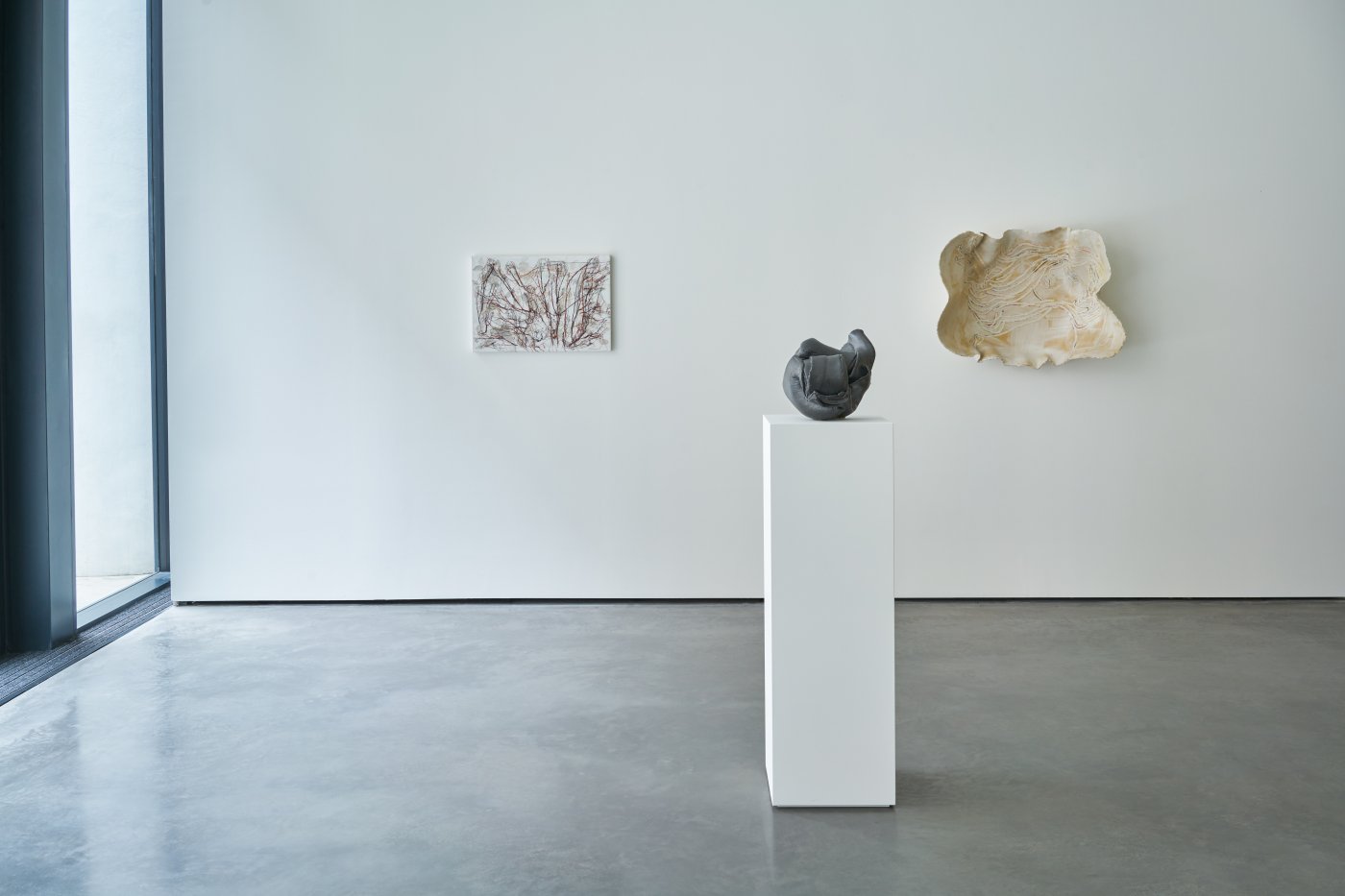 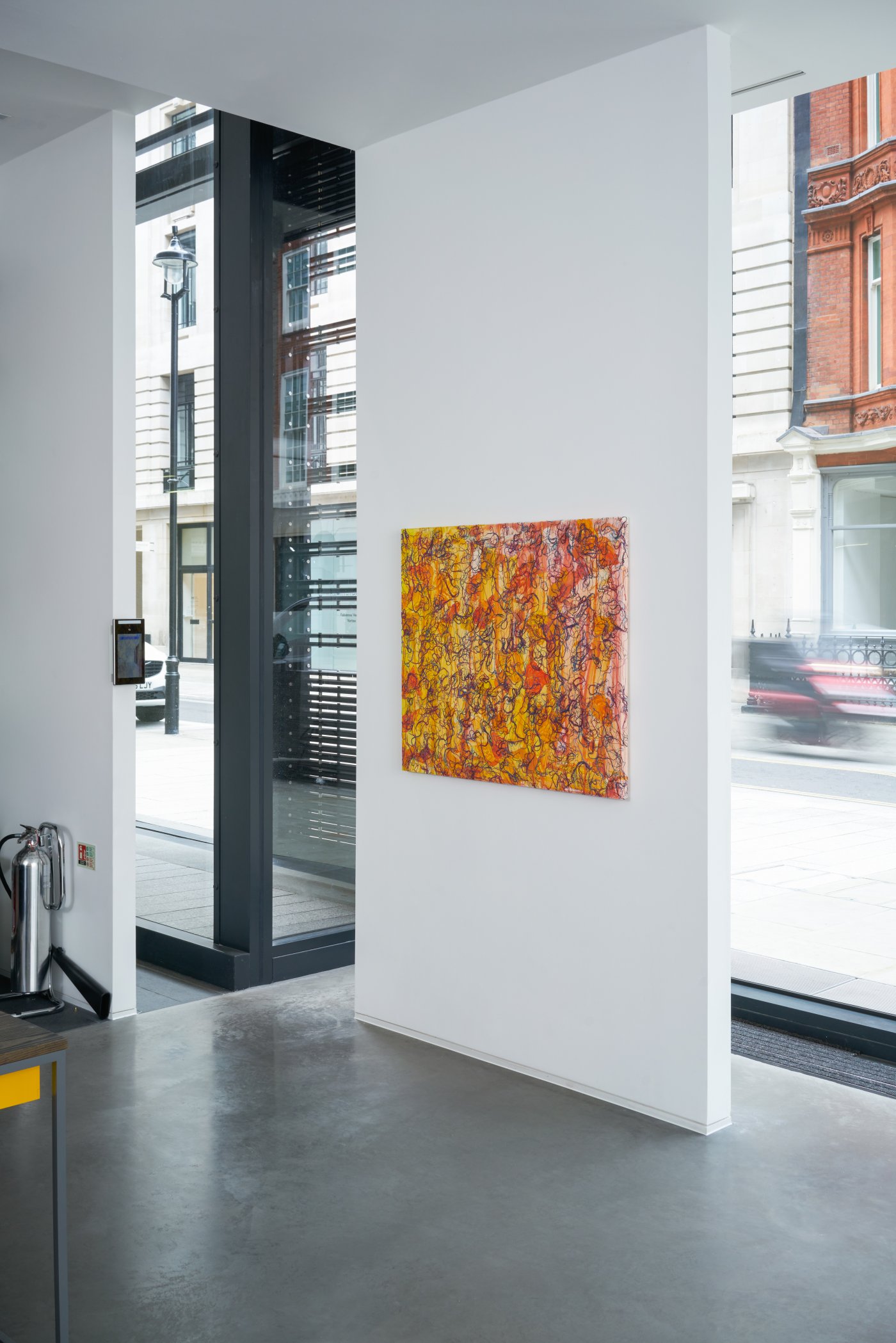 Over thirty years, Amer has dedicated her multidisciplinary practice to questioning binary perceptions: ‘East’ versus ‘West’; feminine versus masculine; art versus craft. Her work subverts assumptions related to the roles and attributes assigned to women in Middle Eastern and Western societies, rejecting both religious- driven laws that govern women’s bodies as well as second-wave feminist ideas that reject expressions of conventional femininity as an avenue to empowerment.

The exhibition presents a curated selection of Amer’s embroidered canvas works, ranging from autumnal and colour-abounding to monochromatic pieces.

While ANOTHER BLACK PAINTING (2019) and WHITE GIRLS (2017) bear the hallmarks of Amer’s threaded figures on canvas, the usually striped palette allows for a singular focus on texture and form. For art historian Jenni Sorkin, Amer’s WHITE GIRLS can be read as a critique of white femininity as the set norm and aspiration. Sorkin suggests a deliberate obfuscating of white femininity, “underscoring white womanhood as dematerialised, without a solid bodily presence”.

From afar Ghada Amer’s ANOTHER BLACK PAINTING (2019) reads as an abstract work rendered in rich black colour. On closer inspection, the work depicts a repeated motif of a woman’s outline in black thread stitched onto a black painted surface. The repeated figure merges with the background in certain places, then re-appears elsewhere to create an important visual interplay between the abstract appearance of the canvas and its figurative elements, inviting parallels between the linearity of thread and painted brushstrokes.

The effect is a visual and intellectual tension between visibility and invisibility, both of the subject depicted and the material ‘objecthood’ of the work itself. In this work, Amer points to traditions of abstraction and the canon of painting, historically dominated by men, and practices of needlework often designated as “women’s work”. ANOTHER BLACK PAINTING directs audiences to look, and look again, and question whether we can rely on vision alone.

Critic Seph Rodney describes Amer’s work as exposing refused agency around the body: “The combination of drawing and dangling thread that hangs over the portraits like a forest of vines or a cage of hair makes the work even more visually seductive. The tendrils slightly obscure the female figure and make her more desirable because she can’t be fully visually possessed […] But here is the rub: it’s the fault of the anatomy. A woman’s body does not make the decisions regarding how she is represented nor seen. Rather, the culture around her body does this – a culture that makes her body into a territory to be conquered, a chance to be wooed, a citadel to be protected, a prize to be revered – all ways of diminishing the person to the mere status of an object of desire”.

In 2014, Amer expanded her repertoire to include ceramics, which take on either a rough abstract or a smooth image-driven form – both of which are represented in this selection. Amer’s more tactile ceramics, such as The Black Knot (2014), can be read as “formal experimentations with tropes of modernist sculpture … carefully shaped and moulded to create dimensionality. She manipulates the clay in a manner that befits cut and folded paper, making walls thick enough to stand, but thin enough to retain a sense of delicacy” (Sorkin).

For Amer’s painterly, image-driven ceramics, such as The White Plate (2017), the artist uses clay as a flat surface to create a link with the imagery that populates her paintings: ‘“figuring out how to recreate her own signature imagery with an entirely new set of material conditions” (Sorkin).

In 2020 Amer created a site-specific sculpture garden at Rockefeller Center in New York, titled Women’s Qualities. Major solo exhibitions at institutions include Ceramic, Knots, Thoughts, Scraps at Dallas Contemporary in 2018, Ghada Amer at Musée d’Art Contemporain de Montréal in 2012 as well as a retrospective titled Ghada Amer: Love Has No End at the Brooklyn Museum in 2008.

The artist has participated on significant group exhibitions at PS1 and on the touring exhibition Africa Remix in 2004, which traveled to Hayward Gallery, London; Centre Georges Pompidou, Paris; Mori Art Museum, Tokyo, Japan and Moderna Museet Stockholm. The artist’s work has featured on a number of institutional exhibitions in the UK, including Entangled: Threads & Making (2017) at Turner Contemporary in Margate, Word into Art (2006) at the British Museum in London and Loose Threads (1998) at Serpentine Gallery in London.

Amer has participated in biennials around the world, including the Whitney Biennial in 2000 and the Venice Biennales of 1999 (where she won the UNESCO Prize), 2005 and 2007. Multiple institutions across Marseille, France are currently co-organising a retrospective for 2022 that will travel to the United States and Asia.

Amer trained at Villa Arson in Nice, France, where she graduated with an MFA in painting in 1989.