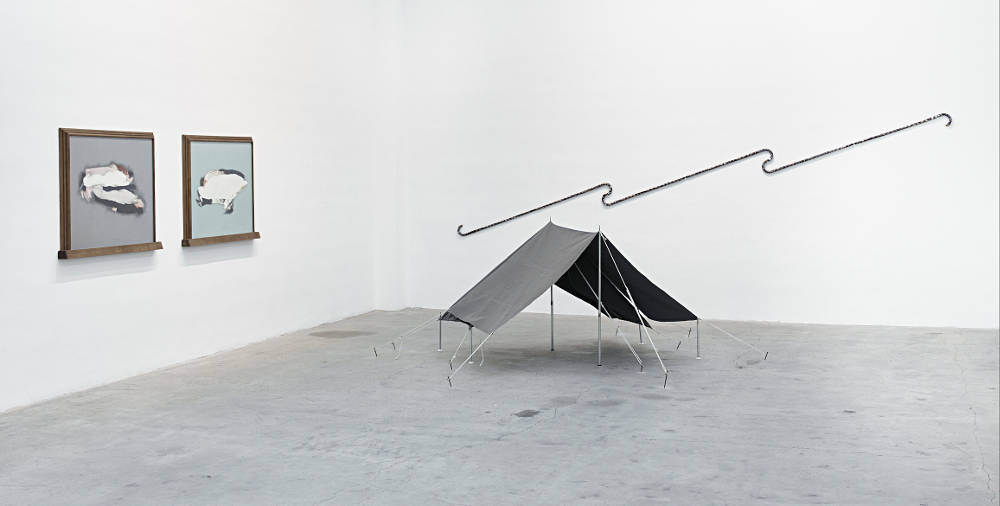 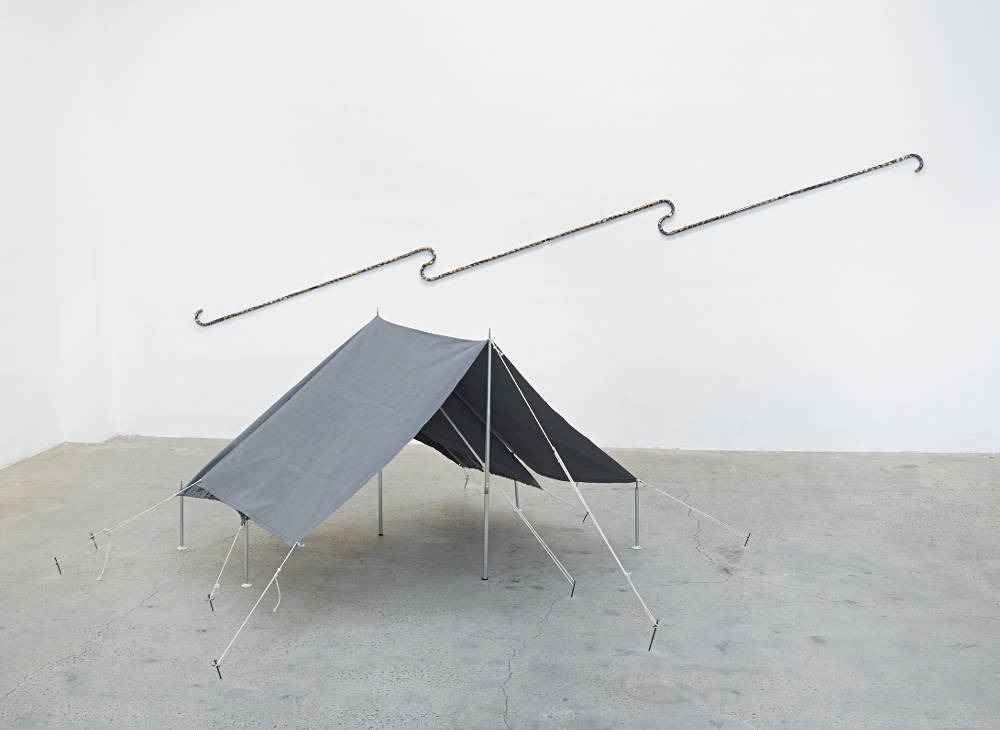 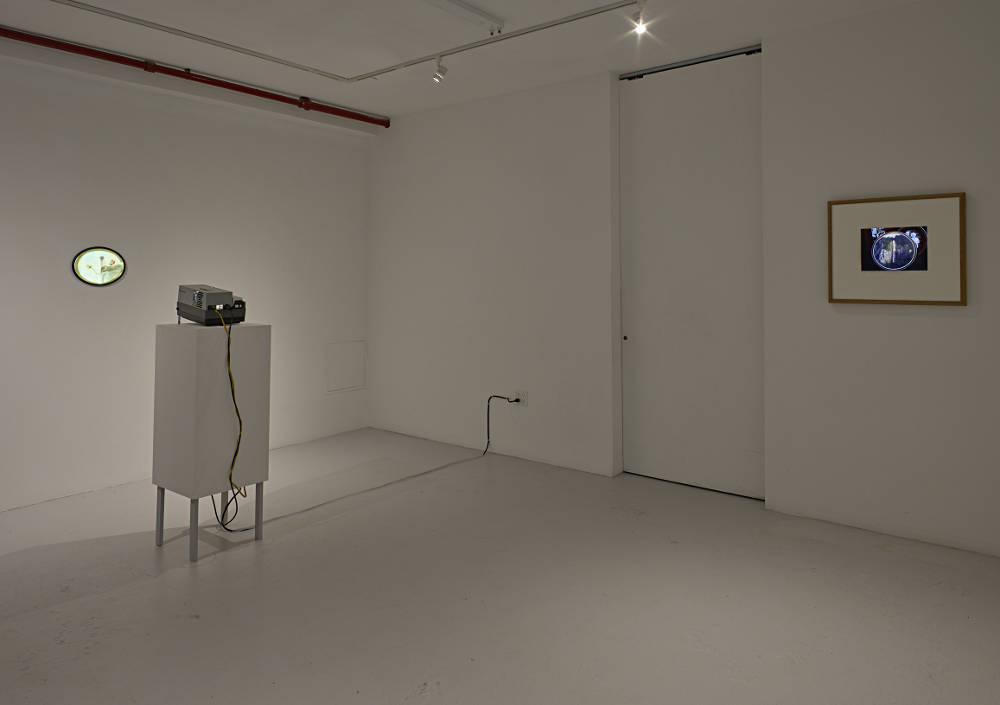 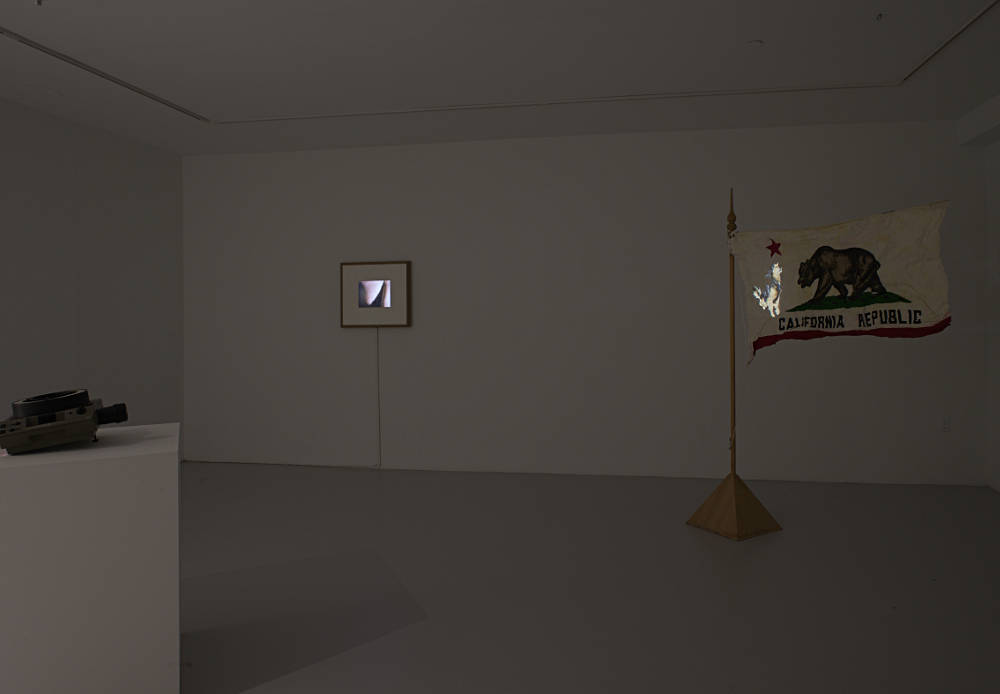 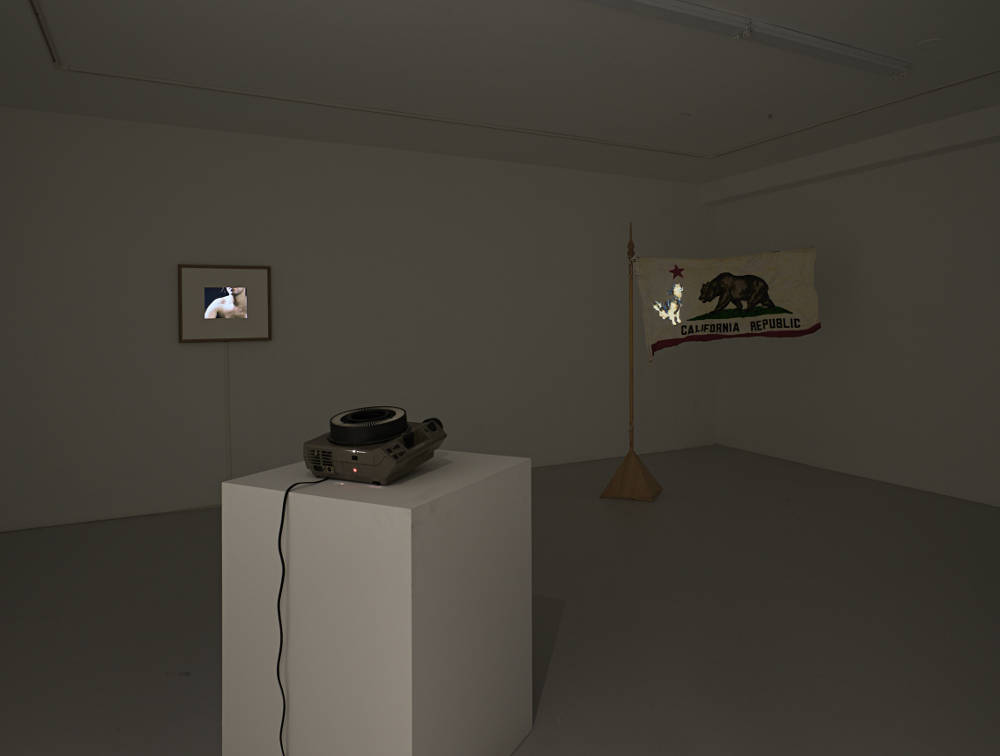 Van Elk is considered to be one of the pioneers in the Conceptual Art movement, whilst he never committed his practice to a singular classification. His multifaceted oeuvre ranges from Arte Povera to Pop Art, from minimal site-specific interventions to innovative video presentations. Van Elk was active in the defining stages of an international generation of artists in the 1960s and partook in groundbreaking exhibitions such as When Attitudes Become Form and Op Losse Schroeven (both in 1969). Throughout his career, which spans over five decades, Van Elk explored the limits of image making and its relationship to reality, reconfiguring ordinary scenes and bringing them into the realm of the absurd with simple and efficient gestures as quotidian as the scenes themselves. His style has been in constant flux, embracing new techniques and innovative media, whilst maintaining a dialogue with the history of art.

The exhibition starts on the ground floor with a series of self- portraits such as his as his iconic The Co-Founder of the Word O.K. (Marken) nr. 6 (1971/1999). Where, in the archetypical Dutch village of Marken, the artist is walking with a smoked sausage dangling on a stick carried over his shoulder as a knapsack to personify the American expression to be ‘O.K.’. This work is the perfect example of Van Elk’s typical Dutch humor and absurdism often present in his work. Also featured are three works from his Sandwich series (C de X) in which Van Elk has painted over a photographic composition in which pulling, pressing and pushing movements are embodied by the artist’s own figure. In The Missing Persons (1976) Van Elk is portrayed twice in formal-attire seated in a parlor transfixed by an empty lounge chair: presumably all that remains of a redacted occupant. Van Elk reminds us that pictures are unreliable and that truth and reality in art don’t exist.

For the second part of the exhibition works have been selected that reflect Van Elk’s fascination with landscapes and more specifically the horizon. From his Camping Art sculptures from the late ‘60s to the Rotterdam Horizon from 2000, Van Elk often brings the landscape that has inspired many artists before him to the realm of contemporary and conceptual art. Exemplary is his Laantje in Middelharnis van Meindert Hobbema (1979) that takes inspiration from a well- known Dutch 17th Century landscape painting in the collection of the National Gallery in London. Two stacks of photographs of trees are mounted on steel rods coming off the wall, thus creating a photographic three-dimensional representation of two-dimensional painting and encapsulating Van Elk’s walk through a typical Dutch landscape. The Conclusion series (2008-2012) consist of painted-over photographs of different urban and rural landscapes, a historically Dutch genre, that is pulled into abstraction by the multiple layers of paint. The color of the acrylic paint is based on the dominant color of the landscape. The landscape of the photograph becomes invisible, but the brush strokes in the paint form a cloudy pattern that establishes a new landscape. The title of the series, Conclusions, implies an end. Possibly the end of painting, or photography, but the blank canvases can simultaneously be seen as new beginnings.

Courtesy of the artist and GRIMM, New York