Georgia Spain: Time is the thing a body moves through

Georgia Spain: Time is the thing a body moves through 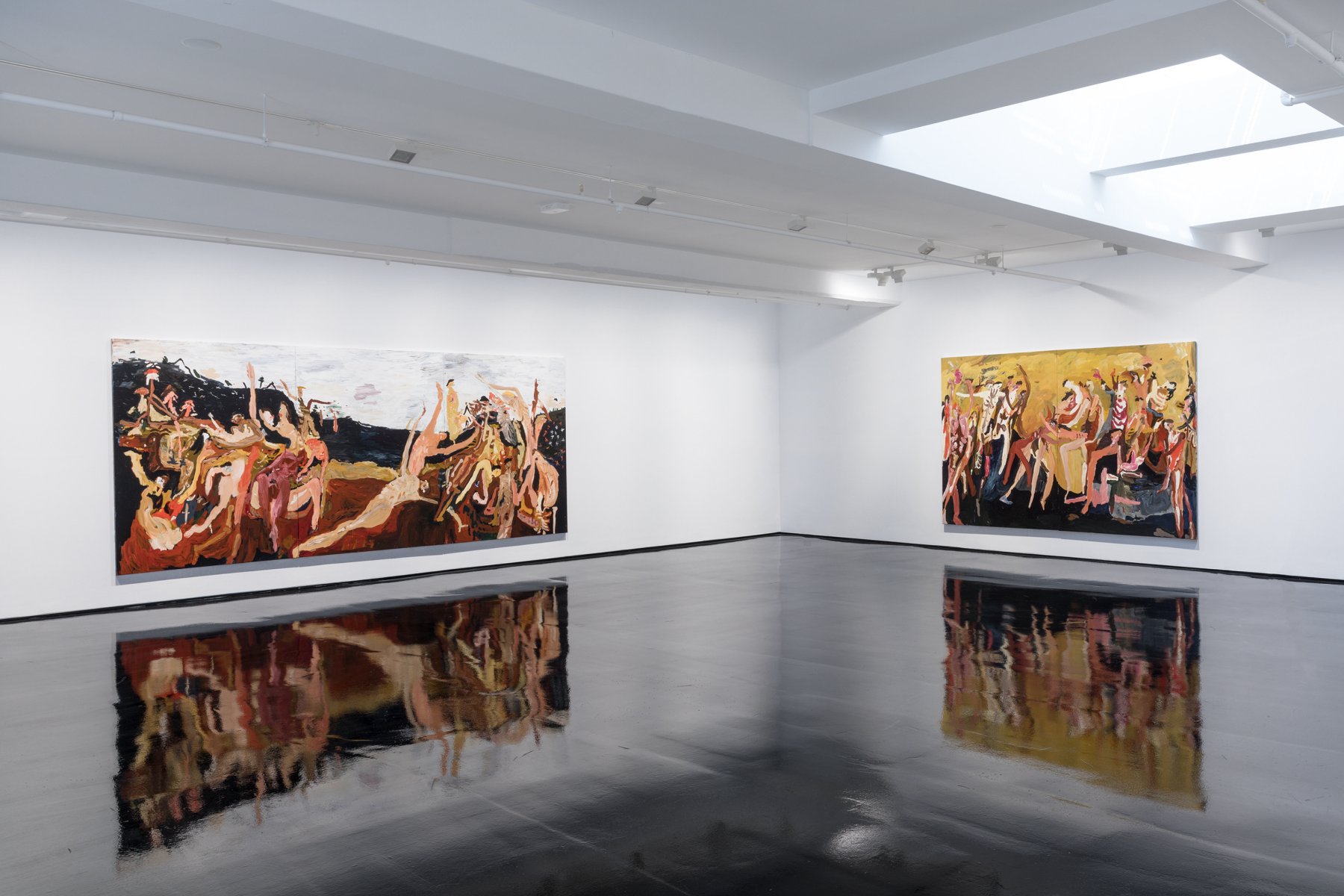 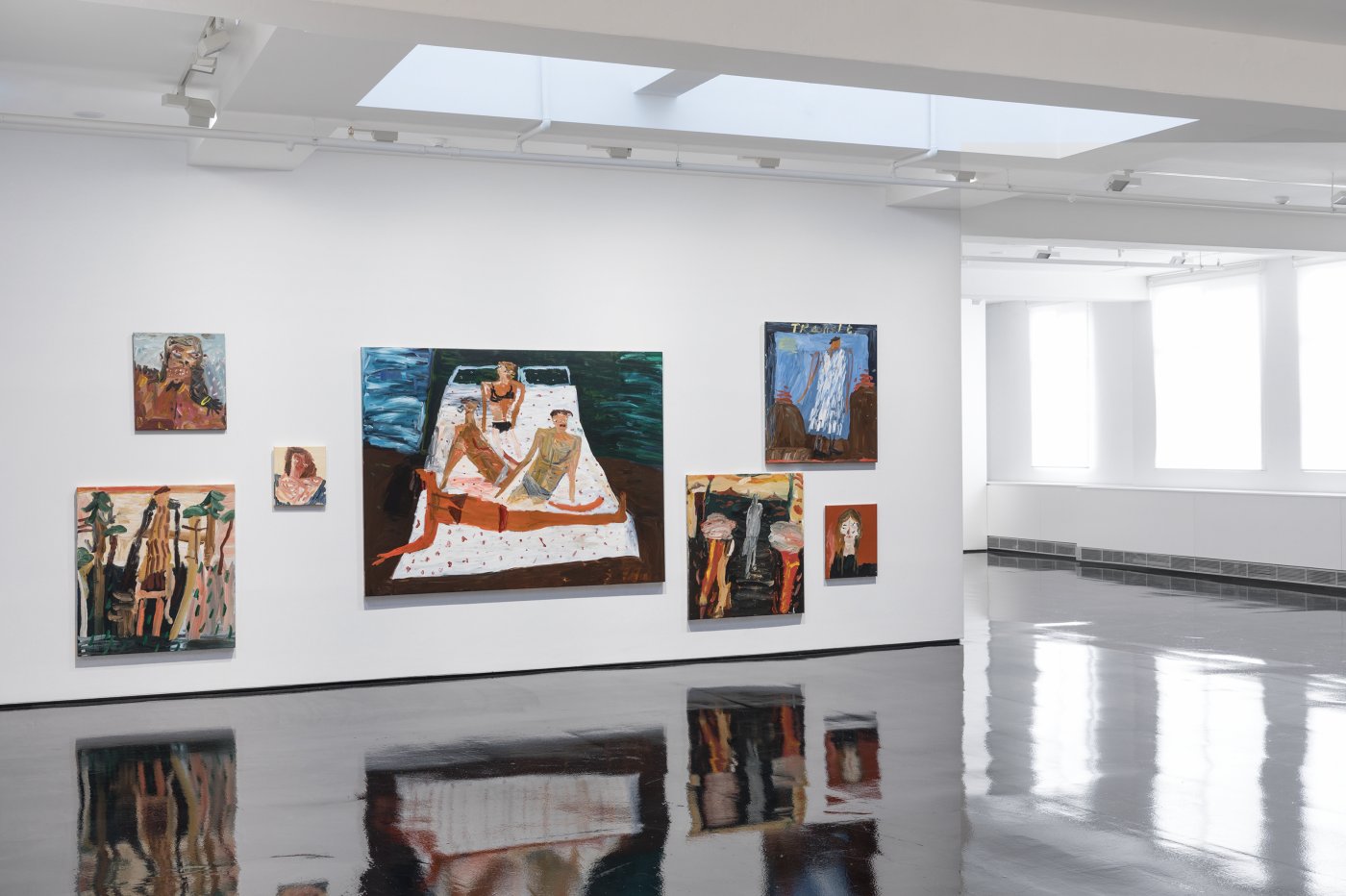 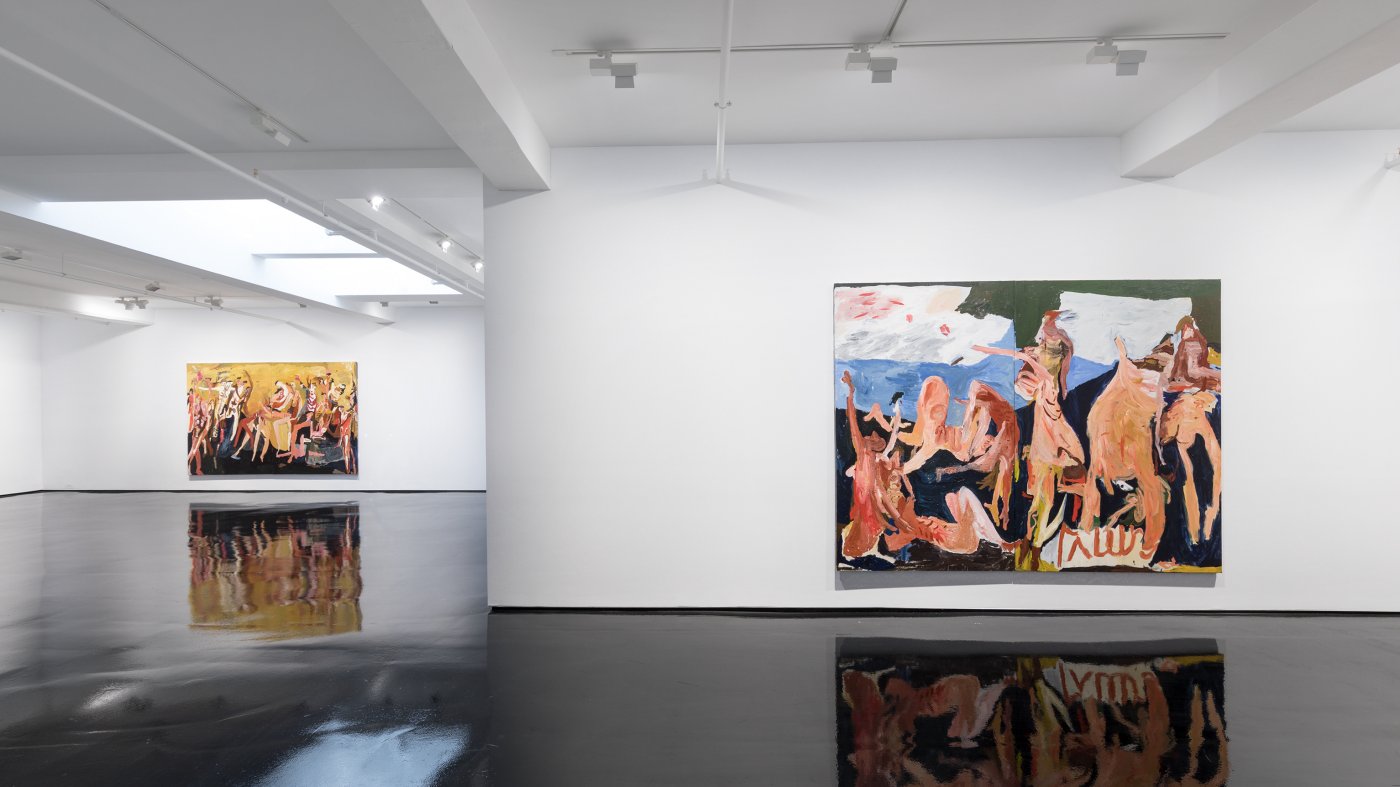 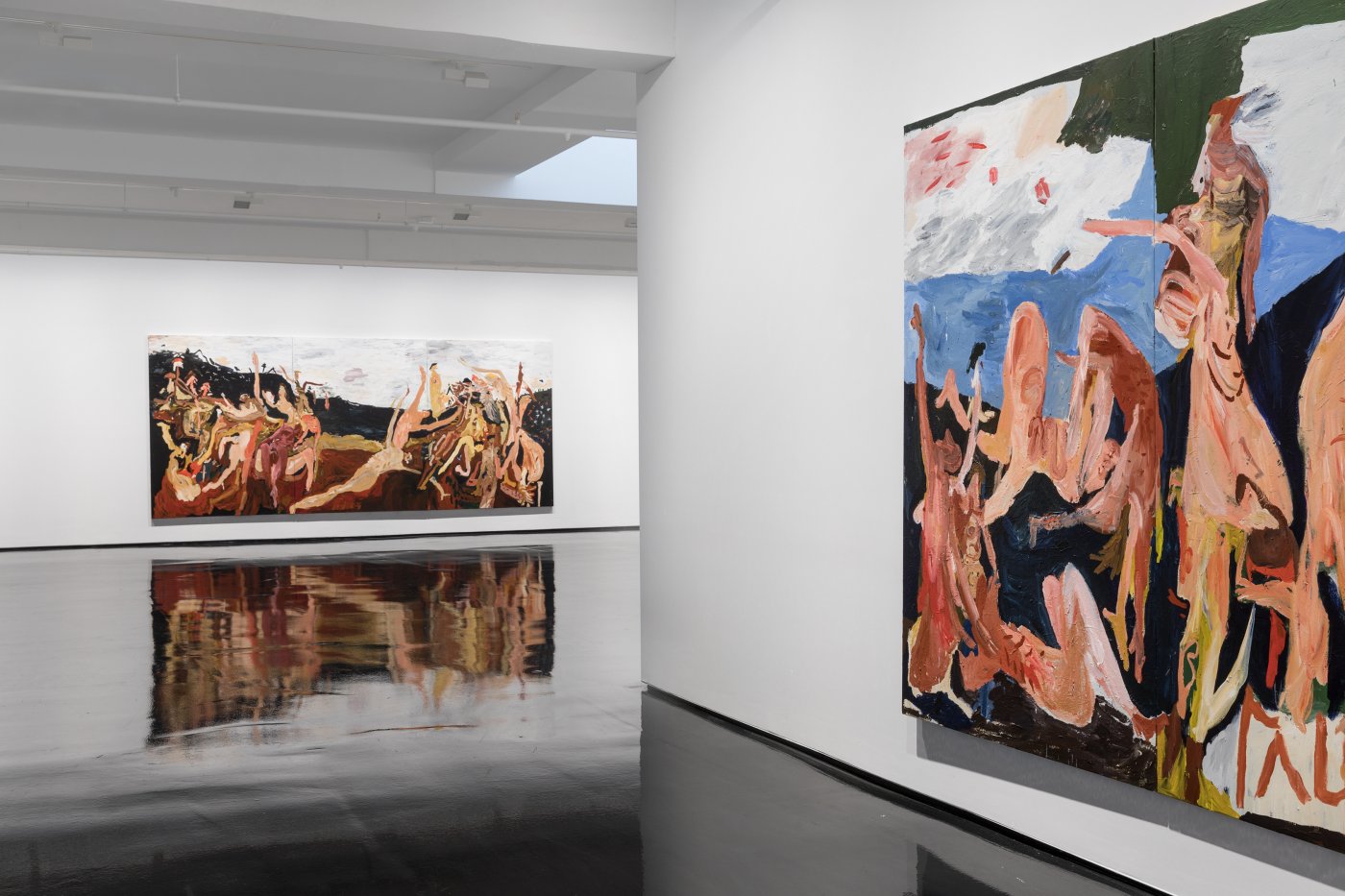 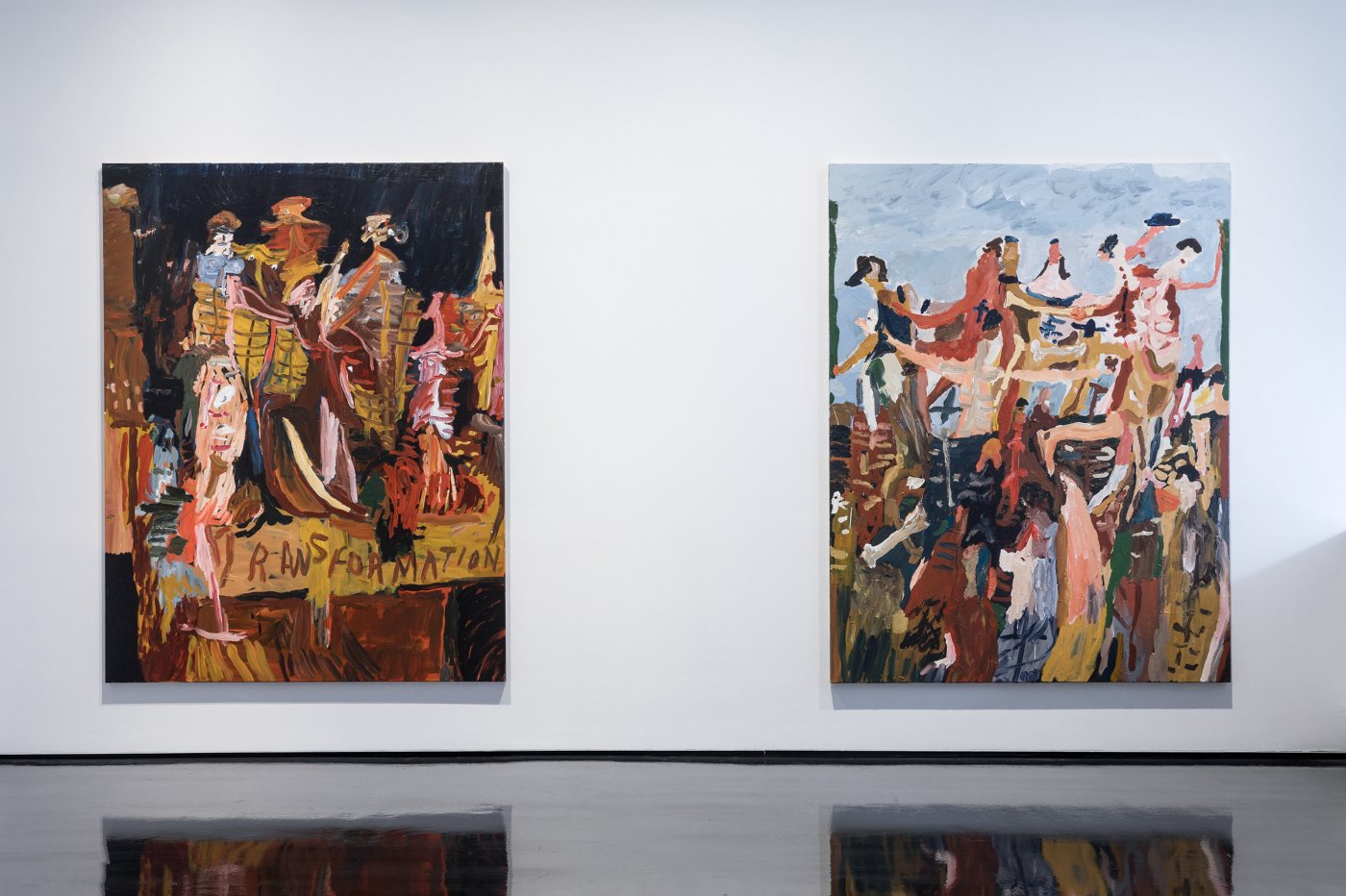 Georgia Spain is a visual artist and musician. She was born in London in 1993, and now lives and works in Naarm/Melbourne on Wurundjeri land, following a recent stretch in Sandford, Tasmania on palawa land.

In 2020 Spain was the recipient of the prestigious Brett Whiteley Travelling Scholarship. In 2021 she won the Sir John Sulman Prize at the Art Gallery of New South Wales, and the Women’s Art Prize, Tasmania.

Her paintings explore the complexities of human behaviour; using narrative and storytelling to examine the cultural, political and personal. Her work frequently looks at ideas around human spectacle, theatricality, ritual and ceremony. She is interested in the emotional and performative exchanges between people in social and psychological spaces and in her paintings physical connection is explored through bodies in groupings.

Spain holds a Bachelor of Fine Arts from the Victorian College of the Arts, where she was the recipient of the Lionel Gell Foundation Scholarship.

This is her first exhibition at Tolarno Galleries.

Time is the thing a body moves through

People are repeatedly together in Georgia Spain’s paintings. In their collectivity, they’re always in the middle of something — often the most cataclysmic and euphoric moments of existence.

With limbs akimbo, flesh melting into flesh, Spain has a sea of figures awash in a tsunami, or wielded together as flood waters sweep in. In another painting, she has four people lying languidly, near-nude on a bed. Together, but at a distance; millennial in the way that writer Sally Rooney is millennial. Other canvases contain a sheer jumble of bodies, signalling the messiness that however much power we might ascribe to solipsism or individuality, we are inescapably tied up with another.

Other paintings have a lone figure. ‘Here I am, here again?’ asks a person as tall as the trees, head in the red sky. Another solo portrait is called Transit. Then there’s a white figure among sweeps of red and black, perhaps between heaven and hell, titled On either side of paradise. These aren’t people that Spain knows. They’re inventions, players on the stage. These bodies may be alone, but they’re also in metamorphosis. Like the start of a good story, we meet them in the middle of the action.

Spain is capturing one of painting’s great subjects: time. As still as you are right now, time is a thing that is happening to you. Alongside Botox and cryogenics, painting is one way to fight the battle. It’s like Spain has pressed pause on a film — which makes it so striking, such a testament to Spain as a painter, how the movement of her subjects still feel so alive.

This isn’t surprising. Spain is a painter’s painter. Her topics — disaster, violence, fate, transformation, desire, sex — are painted on an epic scale mirrored throughout history from medieval paintings to Renaissance to Romanticism. Her canvases feel both of the past, like nostalgic myths or tragedies, but also prophetic. In times of climate change, conflict and the news cycle, the image of the flood or tsunami, of those stranded together, is instinctively fathomable. It’s like the warning in the fable.

And while these bodies are in the throes of everything that defines existence — ecstasy, agony, intimacy, loss — their togetherness doesn’t hold any ethic. It isn’t about the virtue of being together, but the fact of it.

Yet the real sense of being a painter’s painter is formalism. The care and attention to how marks are made on a canvas, why they’re made, how other artists before Spain have made them. In the mammoth two-panel painting Perpetual muck, 2022, Spain’s belief that what makes the painting ‘work’, the pleasure of it, is the pink line of an arm in the lower right panel. A bad painting can become a good painting with that precise mark — but these formal moments often remain obscure to viewers, a kind of secret between painter and painting.

Despite her clear conjoining of abstraction and figuration, Spain isn’t likely to ruminate on the 20th century debates on the two. Rather than theory, the focus is on the art and words of painters themselves and how one creates at practical and philosophical levels. When formal mastery has, largely throughout the 20th century, been seen as something suspicious or even philistine, painters like Spain centre the care of craft.

But who is the painter? A woman in her late twenties, currently working from a large, white studio in Preston with high ceilings stacked with natural light, a table in the centre overwhelmed with paint and brushes, the room last filled with the paintings you see right now. There’s a green velvet couch, some wonky ceramics, a dog signalling its desperate enthusiasm for a walk—please! There’s pictures on the wall, images of industrialism, humans piled together in life rafts and boats. Among many paintings there’s Pablo Picasso’s Guernica and Artemisia Gentileschi’s Judith Beheading Holofernes, where the heroine slices a man’s throat. There’s phrases written around the place: pushing through, wreckage, watery and dry, all the ideas are here.

Creativity has always been there, fostered by arts-minded parents, developed into a personal style through a decade of painting. Some works are fashioned over months, others happen quickly. While there’s no evidence of it in the studio, Spain is also a songwriter. She says that she makes music on what she can’t paint about (highly personal expression), and painting on what she can’t make music about (external questions of existence).

Spain and I are of a similar age, both having a somewhat quieter disposition, acutely aware of our youth and femaleness alongside a desire to be taken with some seriousness. This is partly why Spain paints at the scale she does: epics are naturally large, but this size is a statement of quiet ambition — not to be an art star, but to paint the best painting possible, whatever best is at the given moment.

We talk about things like the seductive turmoil of everything falling apart, that my use of the word chaos for her paintings “isn’t a criticism at all”, if there are any primordial truths, about migration and climate change. Spain explains that she’s never seen the carnage in her paintings; like most of us in the Western world, we inherit these images from the news, social media, films. I wonder if the paintings are like phantasmic recreations of what it must be like to be a body in that state, hurtling through it all, and for Spain to make that empathic leap and give to her viewers.

For me, Spain’s paintings feel ambivalent to stand in front of. There’s no right or wrong: the moral is what painting itself can evoke, that it can evoke things. I look at these people, with their transformations, their frozen time, their capacity for endurance. I wonder, if it really came down to life and death, if I’d grab someone’s hand to help or shrug them away.

– Tiarney Miekus is Editor of Art Guide Australia, and a weekly visual arts columnist for The Age