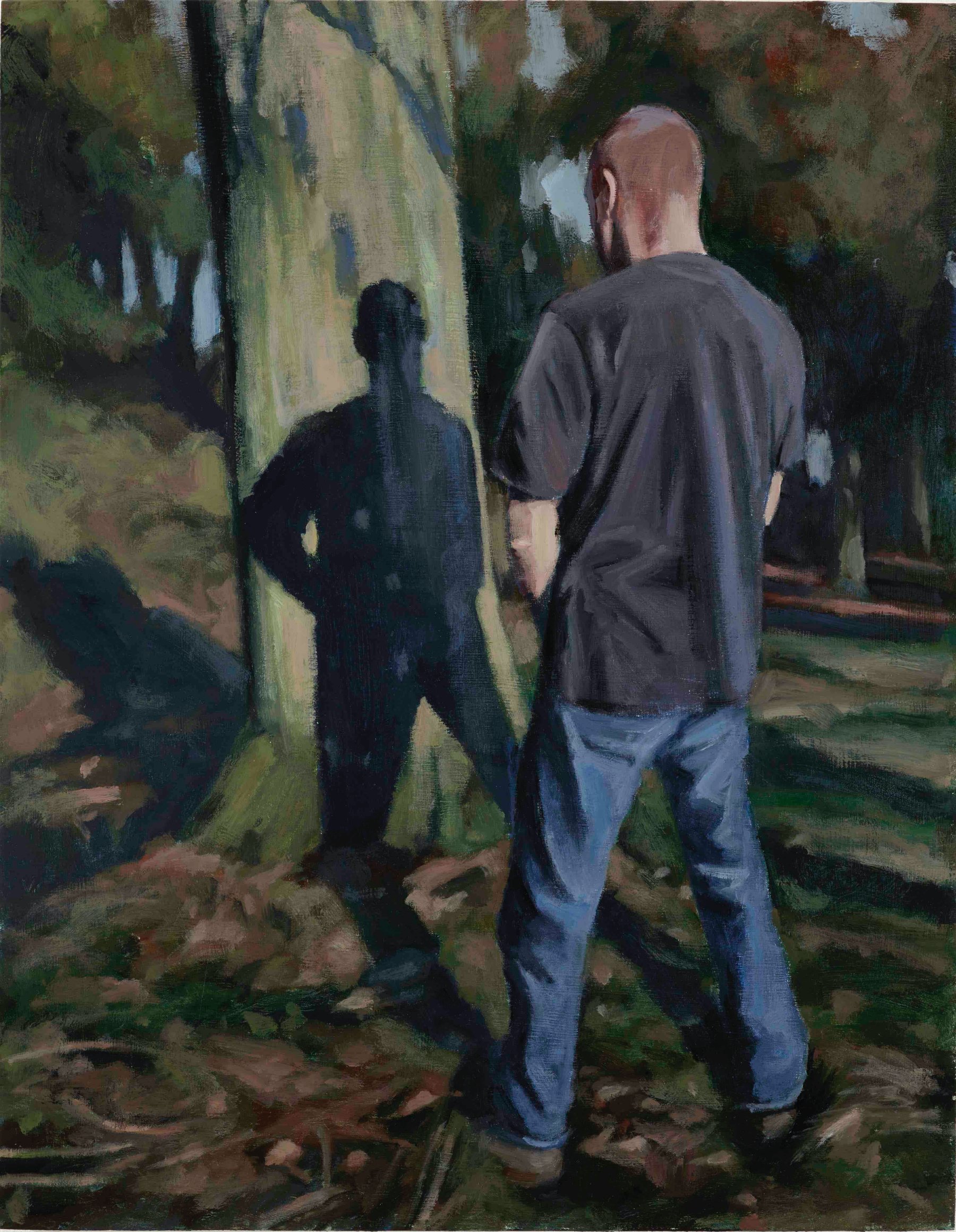 Humbrol enamel on board 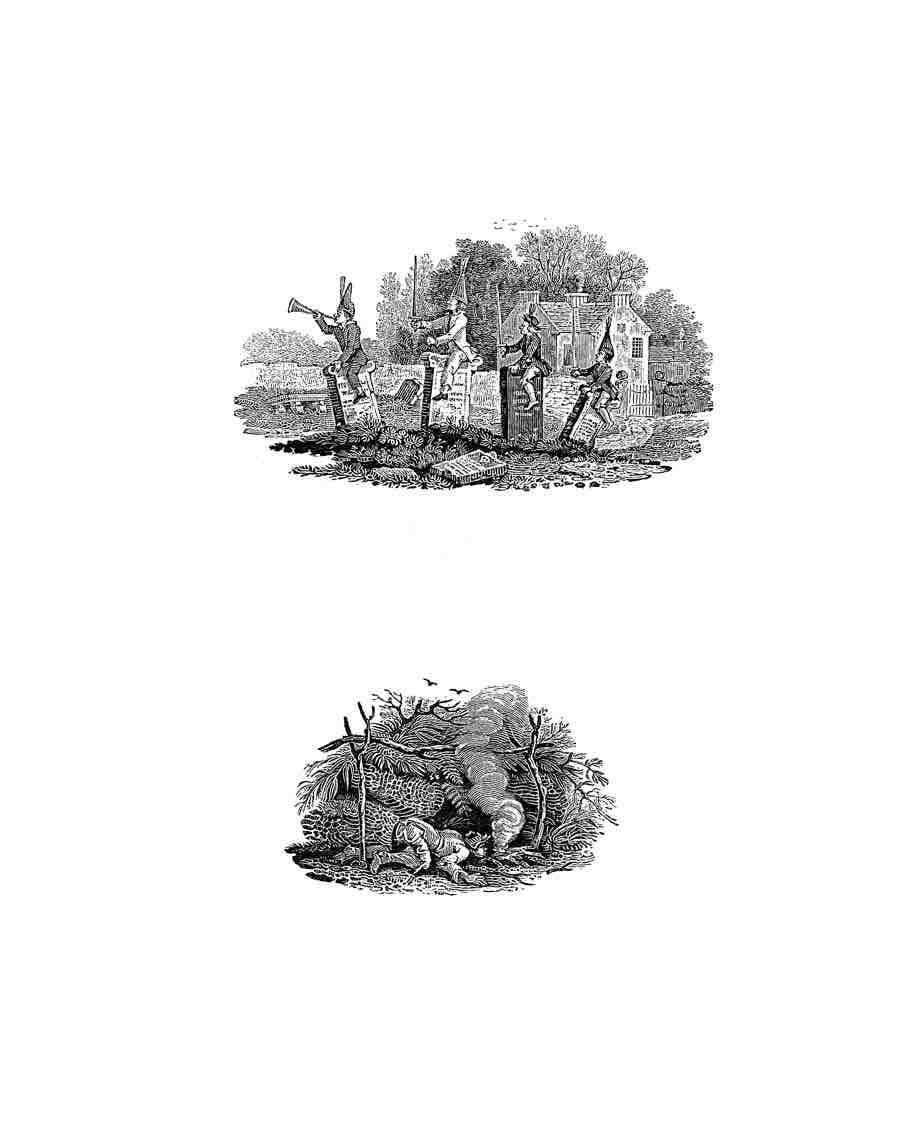 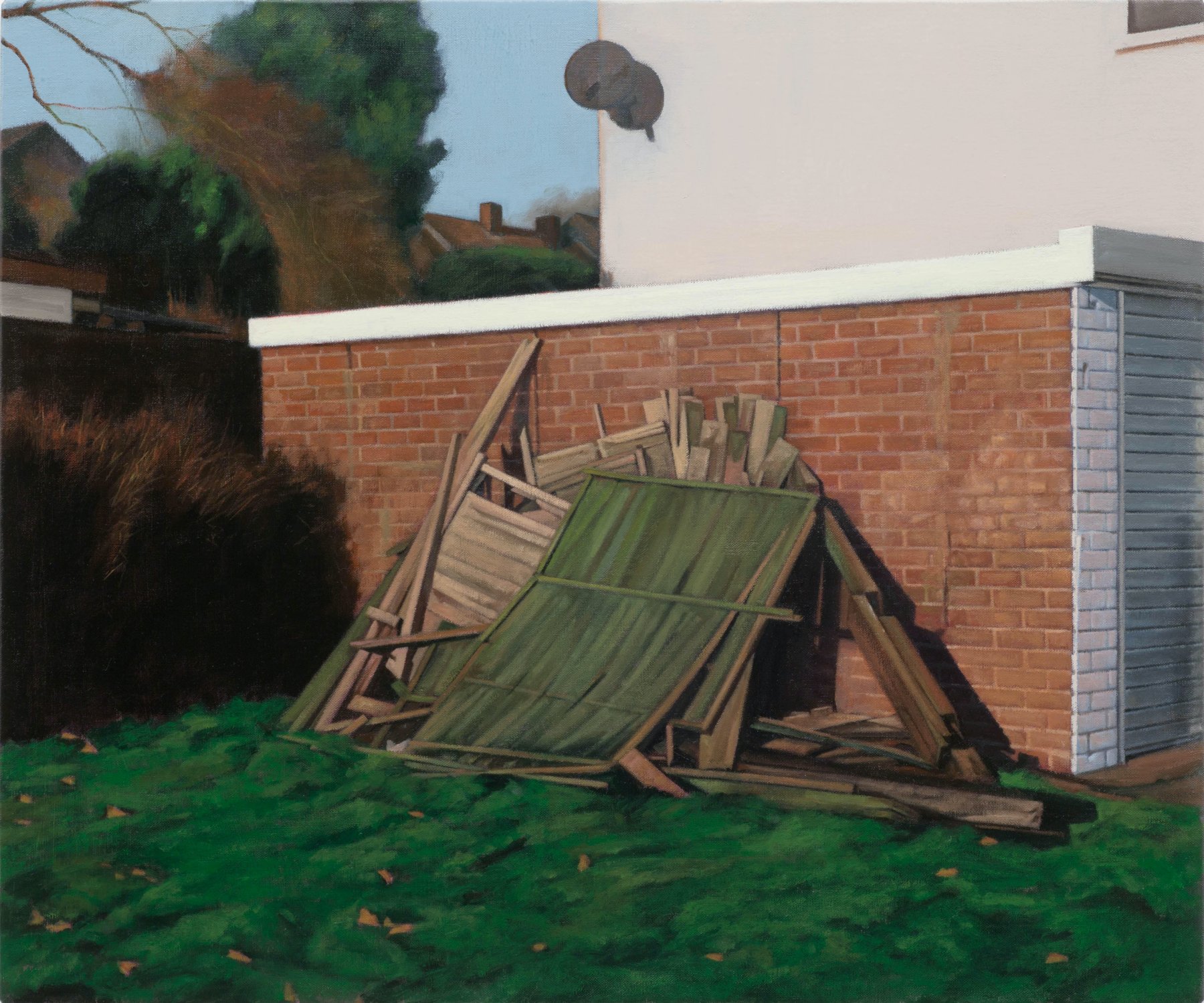 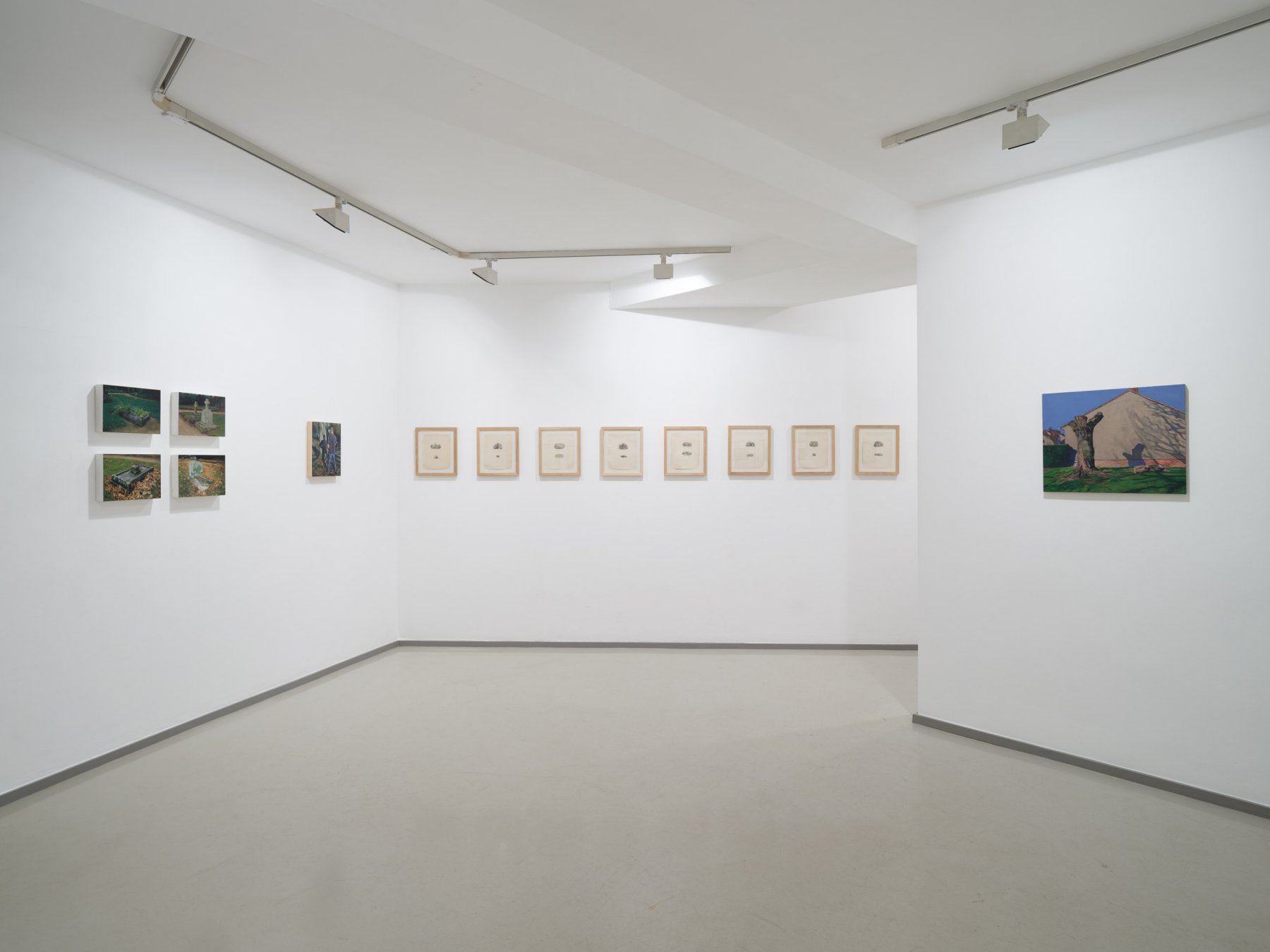 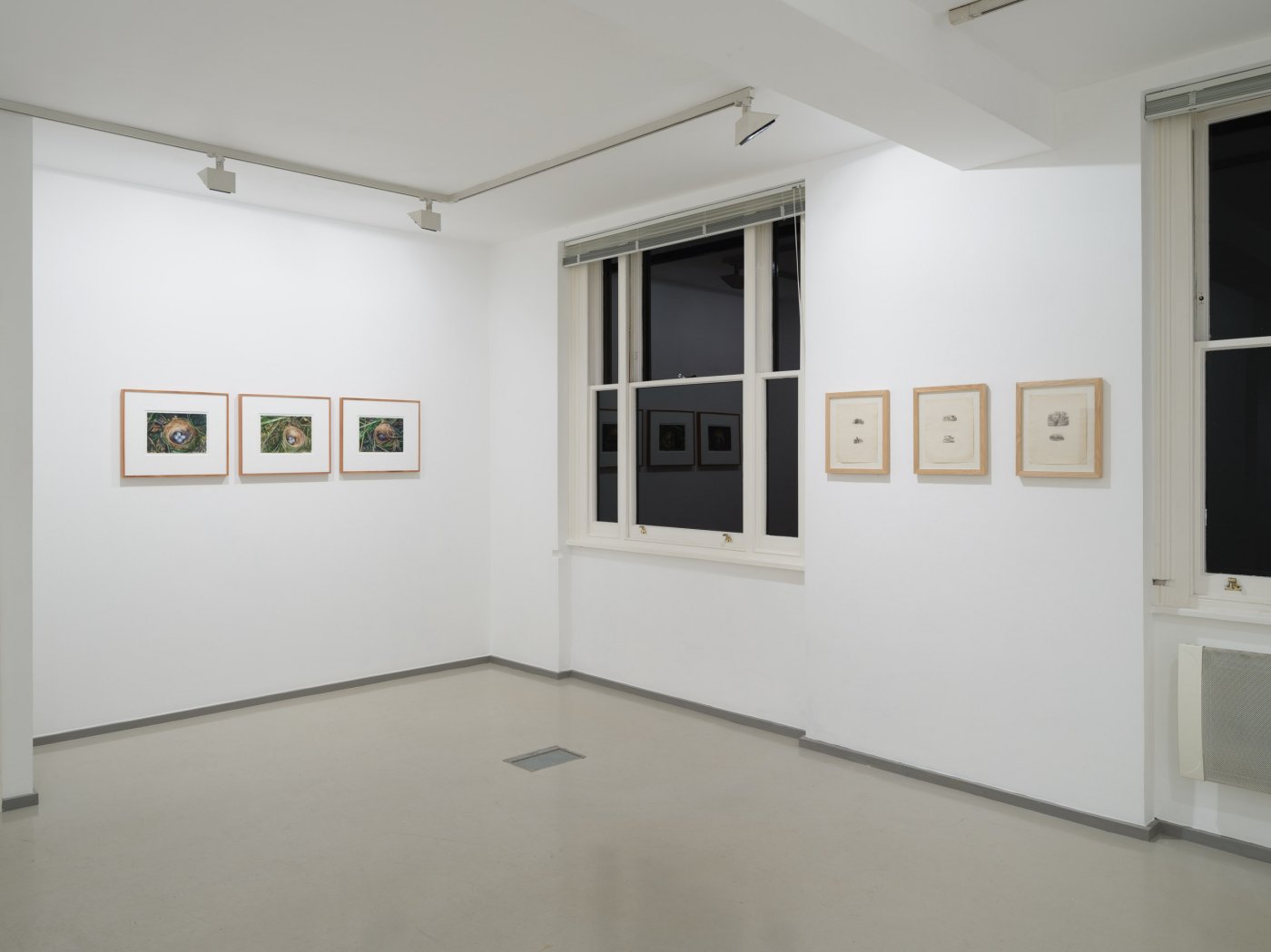 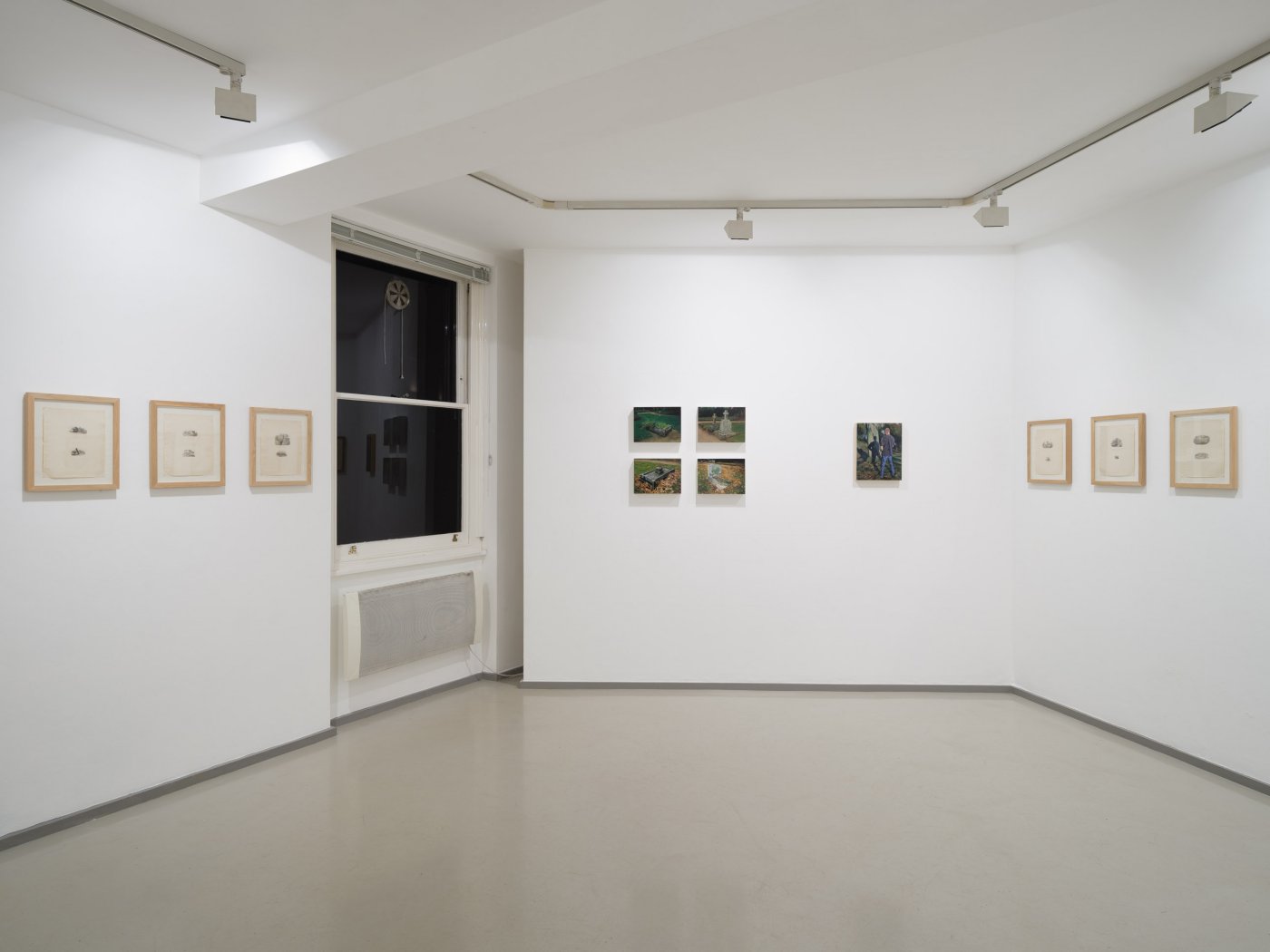 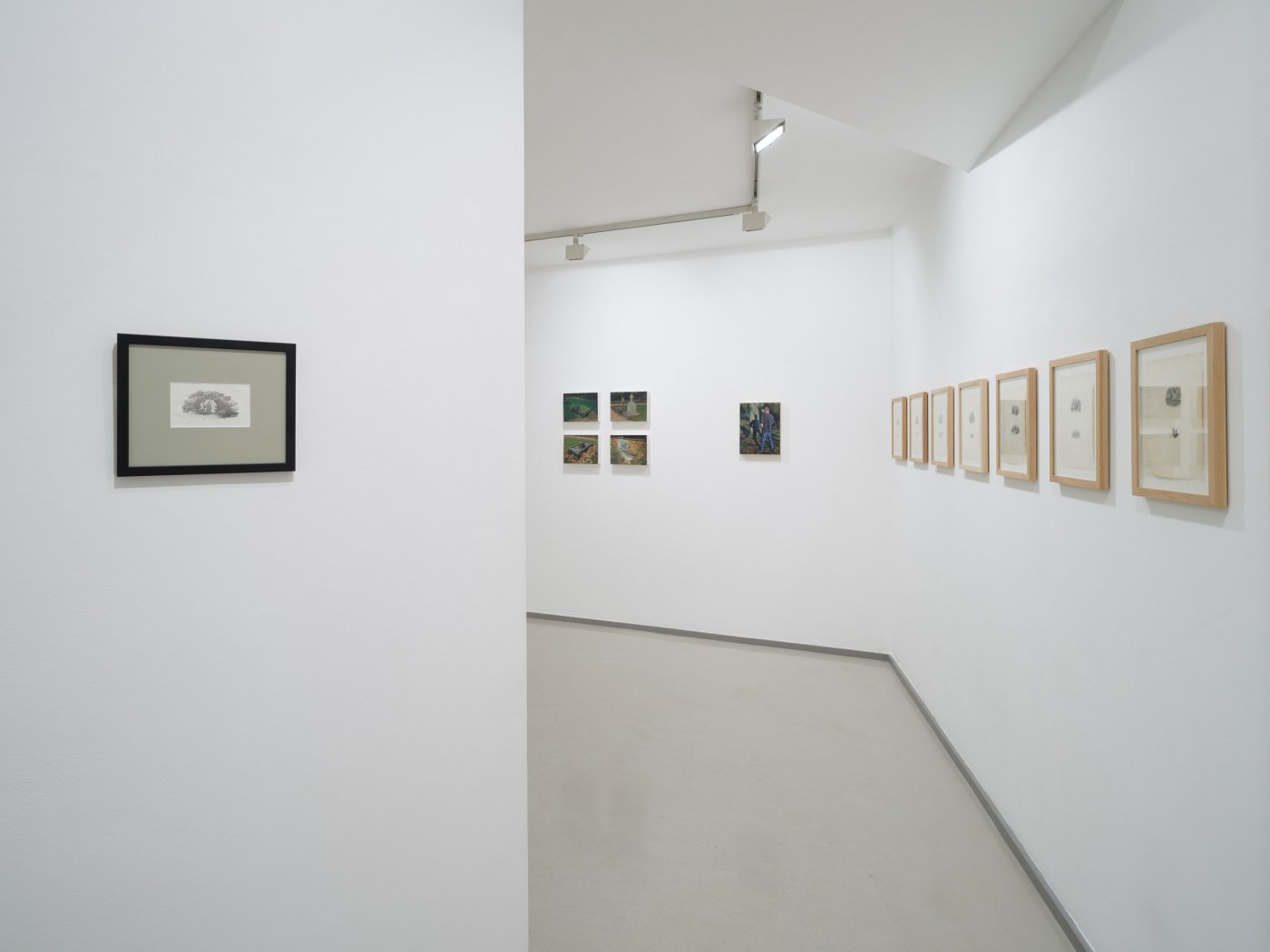 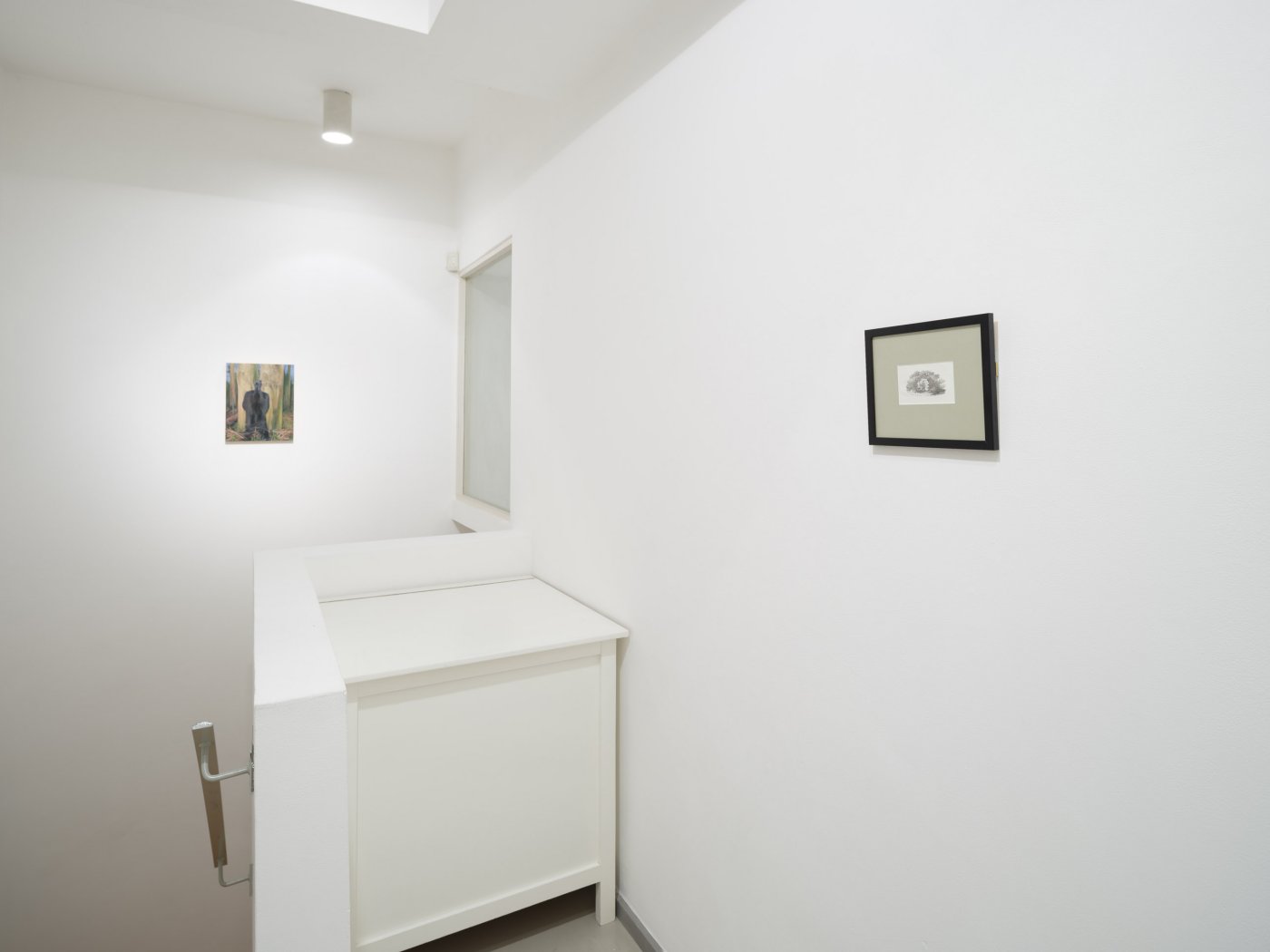 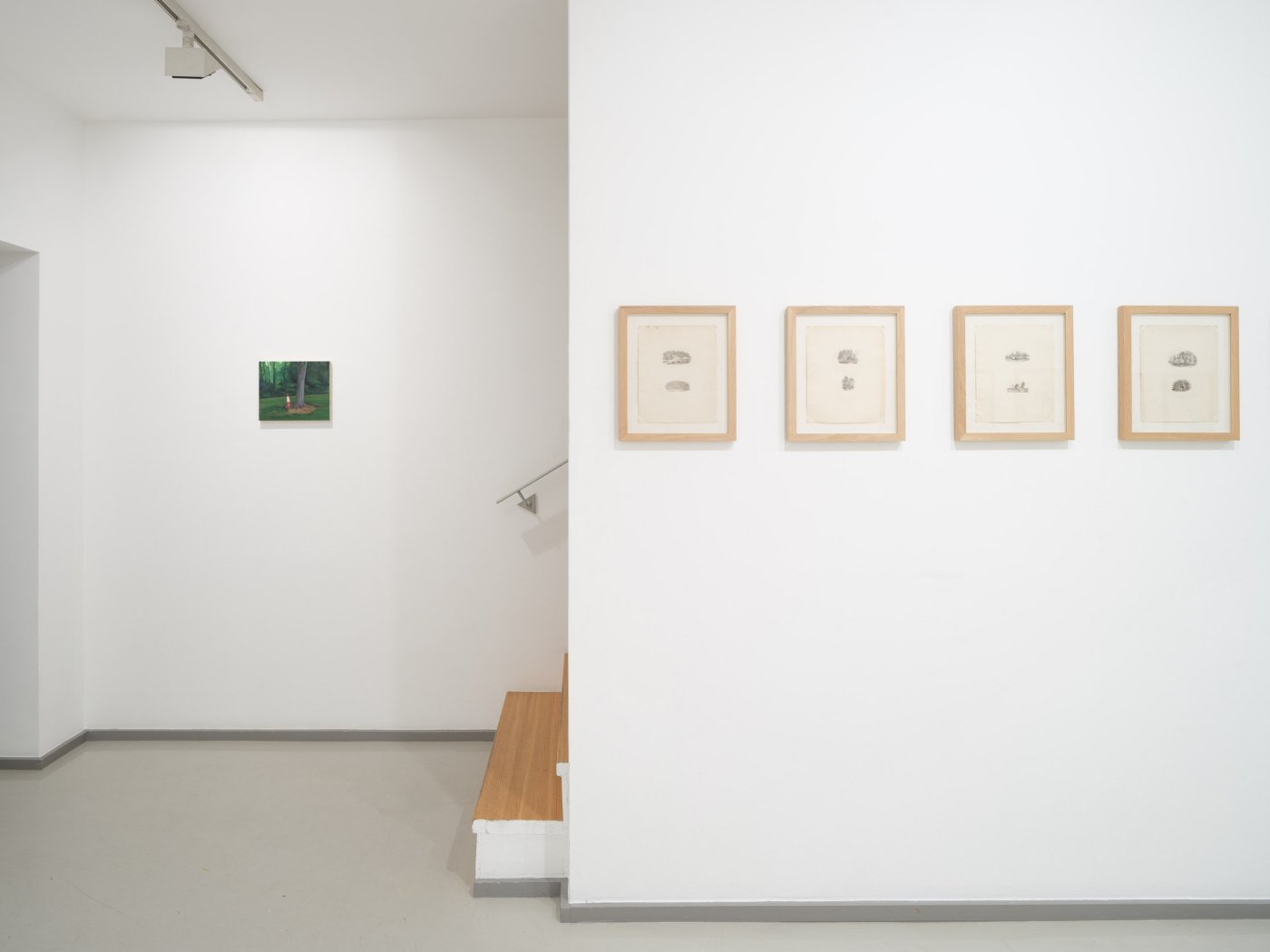 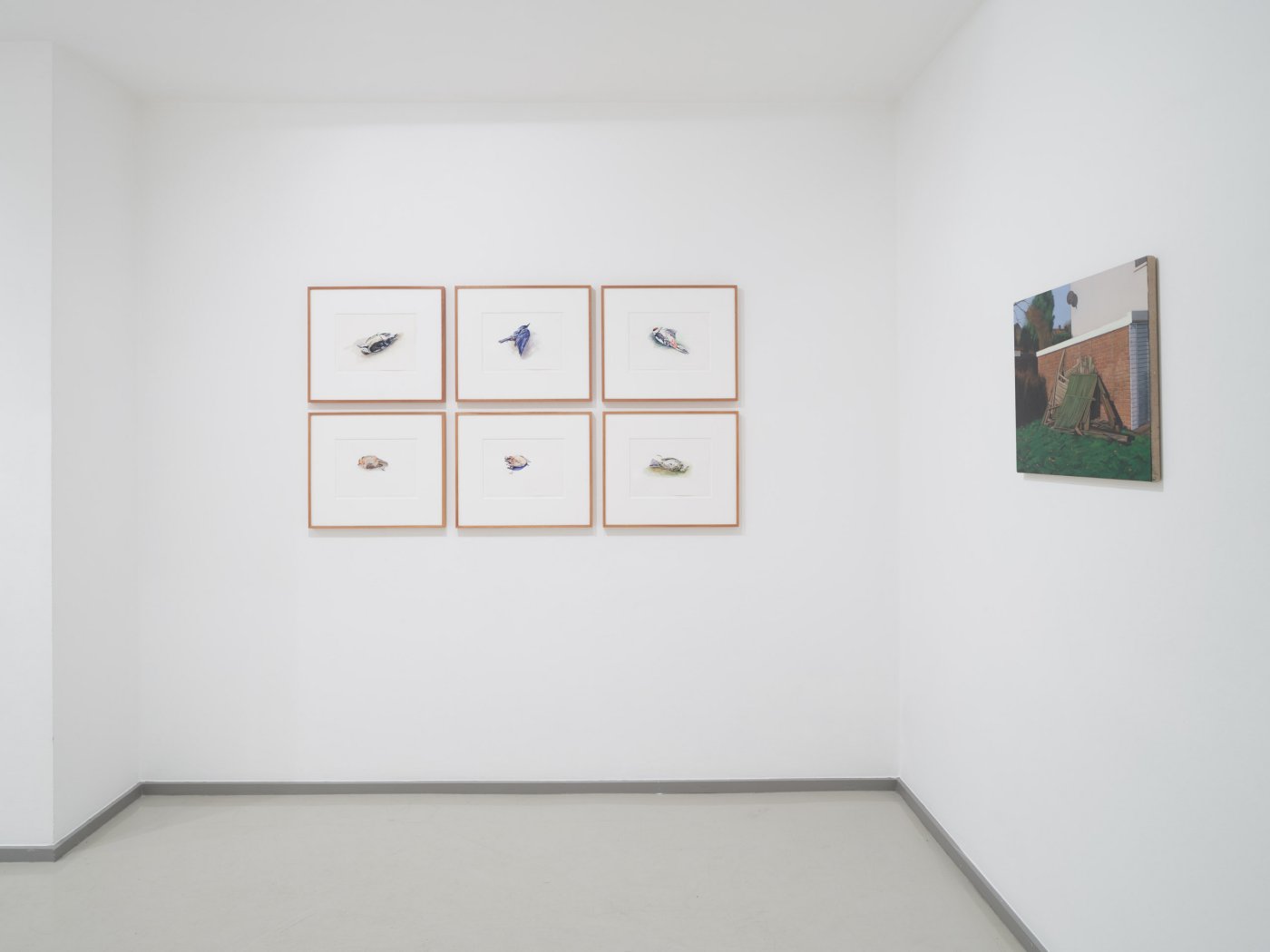 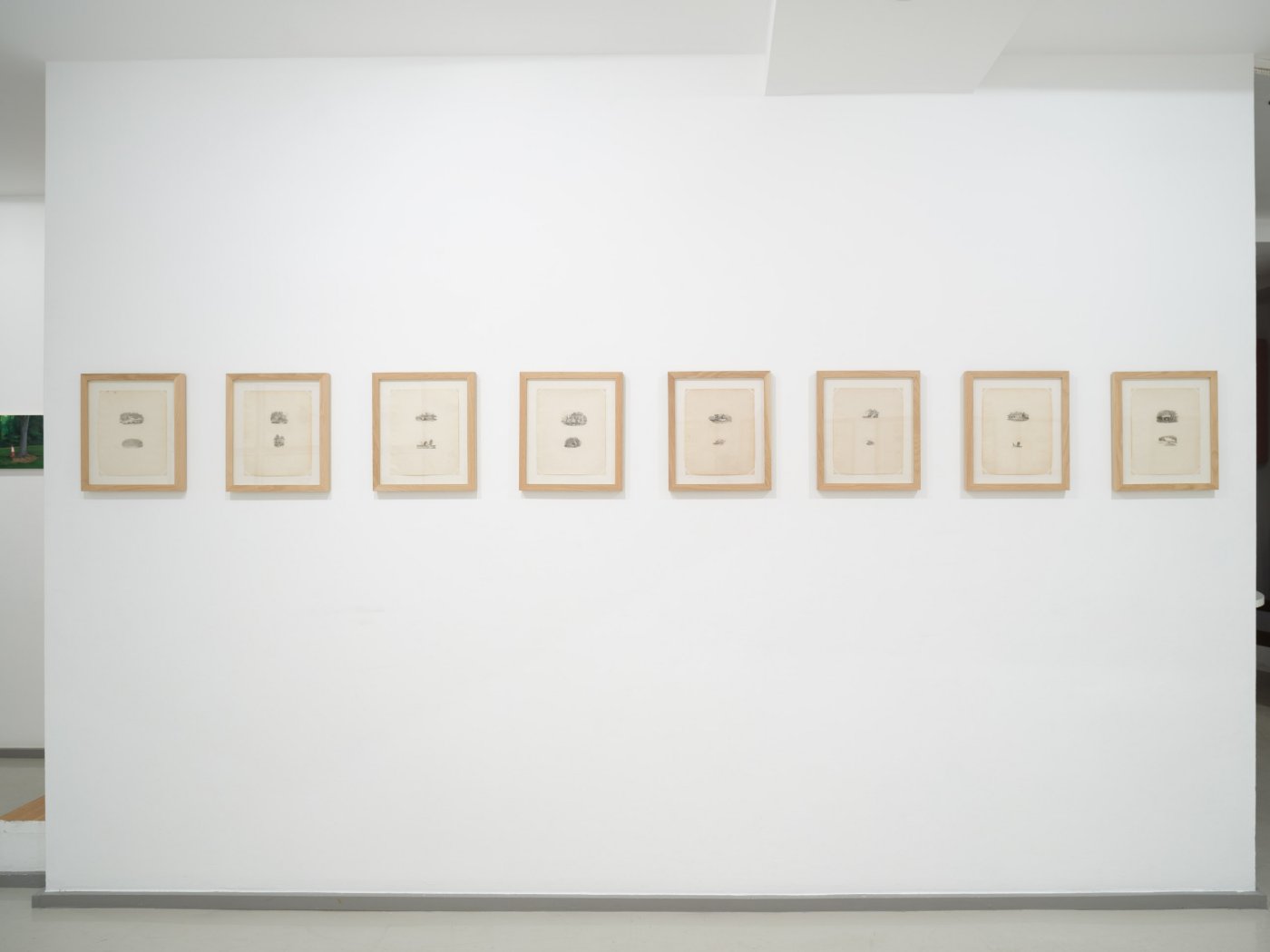 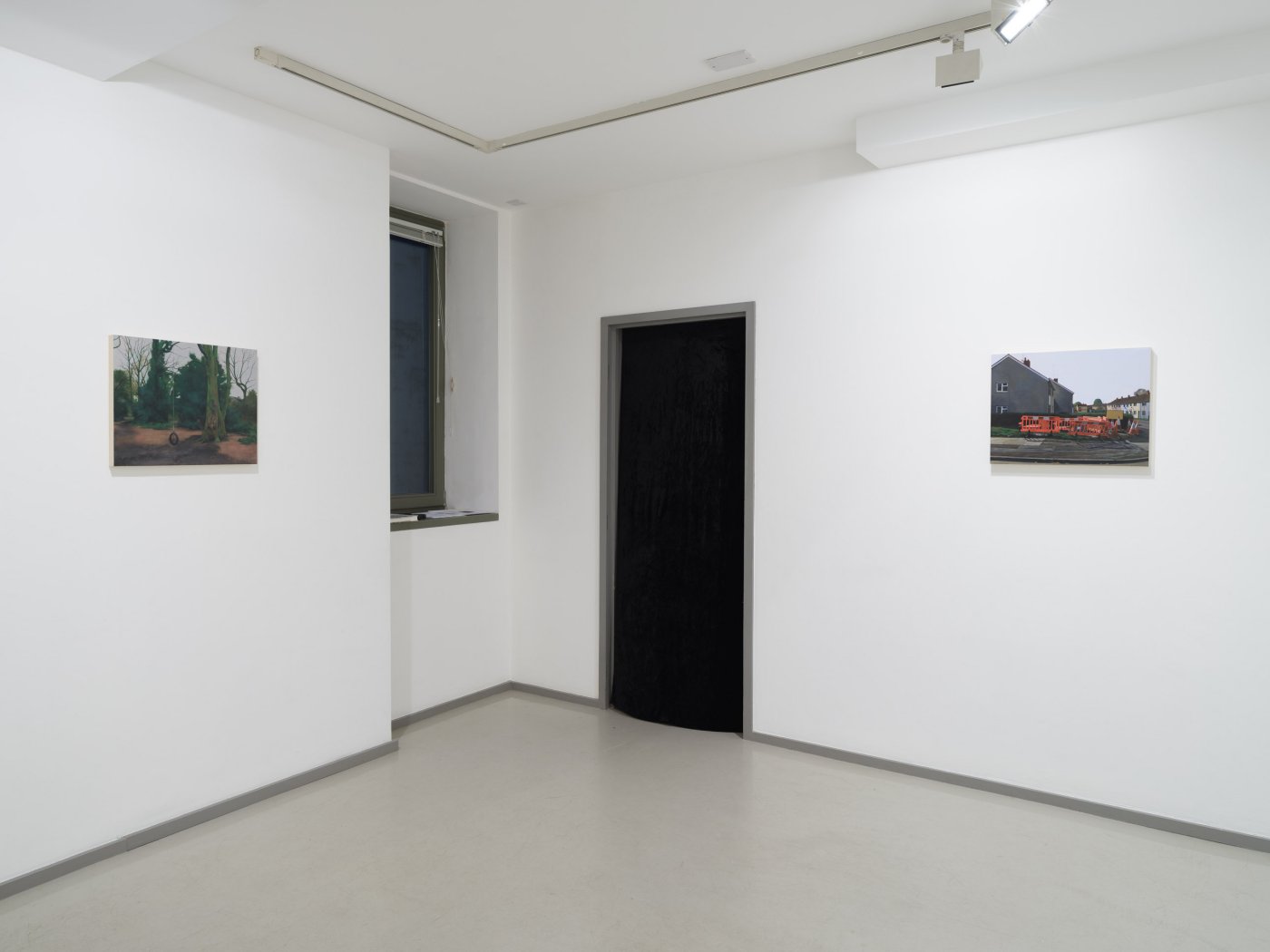 This exhibition combines the work of two English artists, George Shaw and Thomas Bewick. The latter is a historical figure, working around the turn of the 19th century, renowned for his wood engravings, especially natural history illustrations of birds and other animals. Shaw on the other hand, emerged as an artist during the 1990s with a distinct figurative style, depicting everyday suburban scenes in modelling paint. Since then he has consistently produced paintings loaded with atmosphere, at once compelling and uneasy, often in the light of evening or an overcast sky. Roads and pavements shine with the reflections which come after rain. There are semi-detached houses, high-rise and low-rise estates, complete with pubs and community halls, playgrounds and the box-like buildings of comprehensive schools. Shaw’s paintings of woods are perhaps the most evocative. They are the spaces in between built-up areas, or land awaiting development – where children and adolescents are freer, after school or on holidays. These are the kinds of places where the artist, like millions of others, grew up – or rather this is how they are remembered.

Bewick similarly depicts the landscape of his childhood, the Tyne Valley west of Newcastle, in small vignettes he referred to as “tale-pieces”. They provide invaluable insight into not only the imagination and wit of the artist but also aspects of contemporary social history, especially rural life in the early nineteenth century. Bewick, a sceptical individual unimpressed by institutions, he shows us a man pissing against a section of Hadrian’s Wall, children riding gravestones as if they were hobby-horses, a donkey rubbing himself against a memorial erected to celebrate a “splendid (military] victory”, a scarecrow dressed in a soldier’s uniform and so on; all wonderful observations on all-too-human vanity. One vignette simply depicts a stone, on which is inscribed the tough statement, “This stone (like many men in this world) has held up its bare useless head for many centuries past.” On the other hand, there is a delightful vignette of a drunkard seeing two moons in the night sky. At the very end of his life, Bewick made two especially poignant prints; one of a funeral procession making its way down towards a riverbank where there is a boat waiting to take the coffin; the other of a horse, frail and fearful, starkly entitled “Waiting for Death”.

Despite the centuries separating them, the two artists have much in common. They share an attention to detail and a philosophical sense of humour often with references to mortality. Like Bewick, Shaw has made a number of pictures of gravestones and most recently a series of watercolours entitled ‘A History of Dead British Birds’. He explains, “They obviously reference Bewick’s Birds but I wasn’t thinking of that when I started making them …. The blackbirds nest triptych tells a sad tale of a growing nest turning to an empty nest with little to show for it but a few feathers and bits of bones.” Bewick’s images often feature people. Usually Shaw’s do not, but we see where people have been and the absence is affecting. In this respect, Plein Air, included in this exhibition is exceptional – also because it is directly inspired by Bewick. Here we see the artist from behind, in a woodland throwing his shadow up a tree trunk. He is pissing on it.