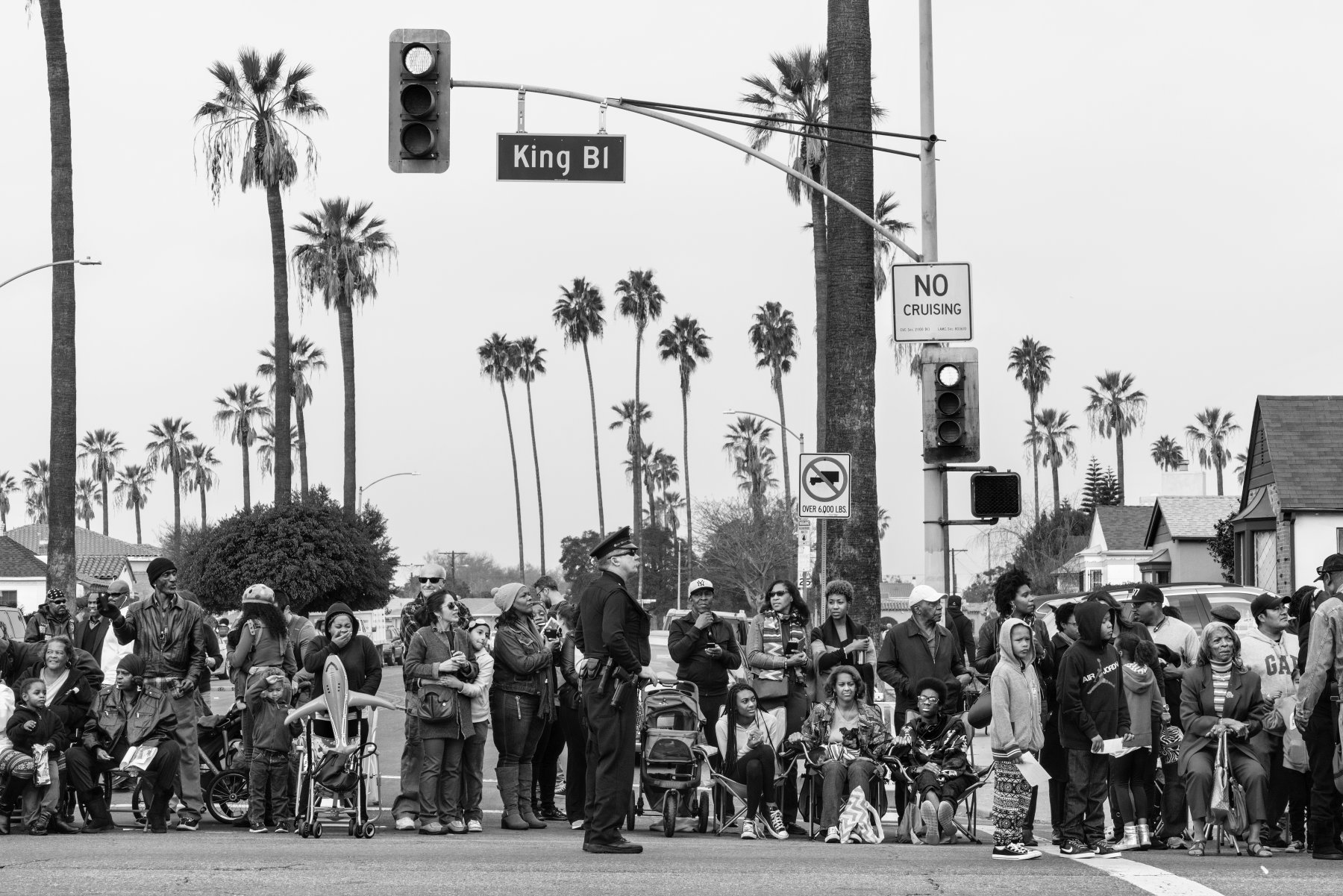 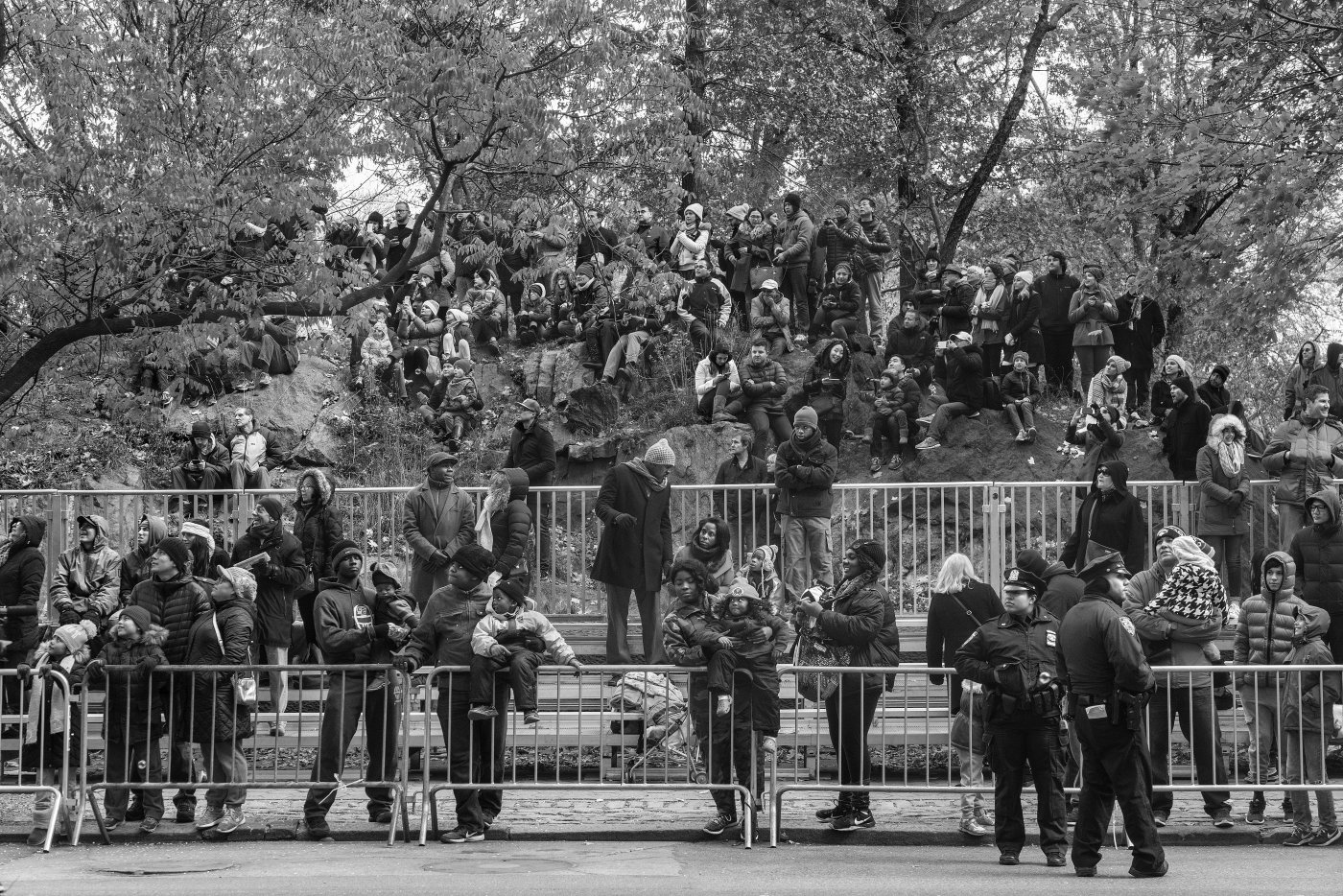 Between January and November 2016, George Georgiou photographed spectators lining the streets of big cities and small towns across the United States of America, as they watched or waited for parades. He visited fourteen different states, twenty-four cities, and twenty-six parades. The visual approach was simple and eloquent. Standing on one side of the route, Georgiou would wait for a clear view to photograph a section of the group on the other. The New York Times saw some early examples and immediately supported the project, allowing Georgiou to make several extended trips from his home in England.