Simon Lee Gallery Hong Kong is proud to present German painter Georg Karl Pfahler’s first solo exhibition in Asia, coming ahead of a comprehensive survey at the gallery’s London location in Spring 2022. The exhibition explores work made between 1965 and 1975, in a concise presentation that traces the evolution of Pfahler’s works from his Tex and Metro series, begun in the early 1960s, to his later Ost-West Transit and Espan series that define Pfahler’s practice during the 1970s. 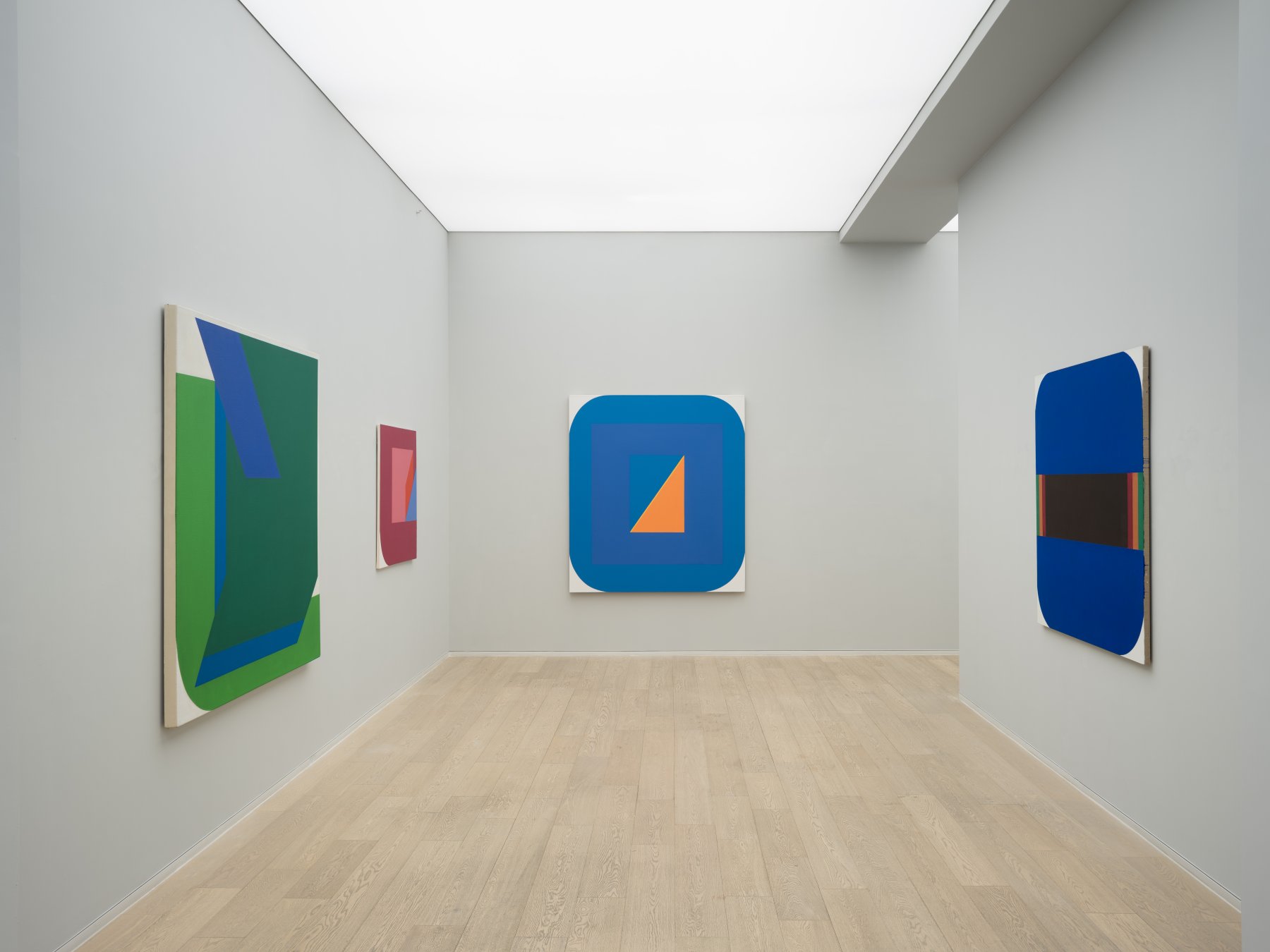 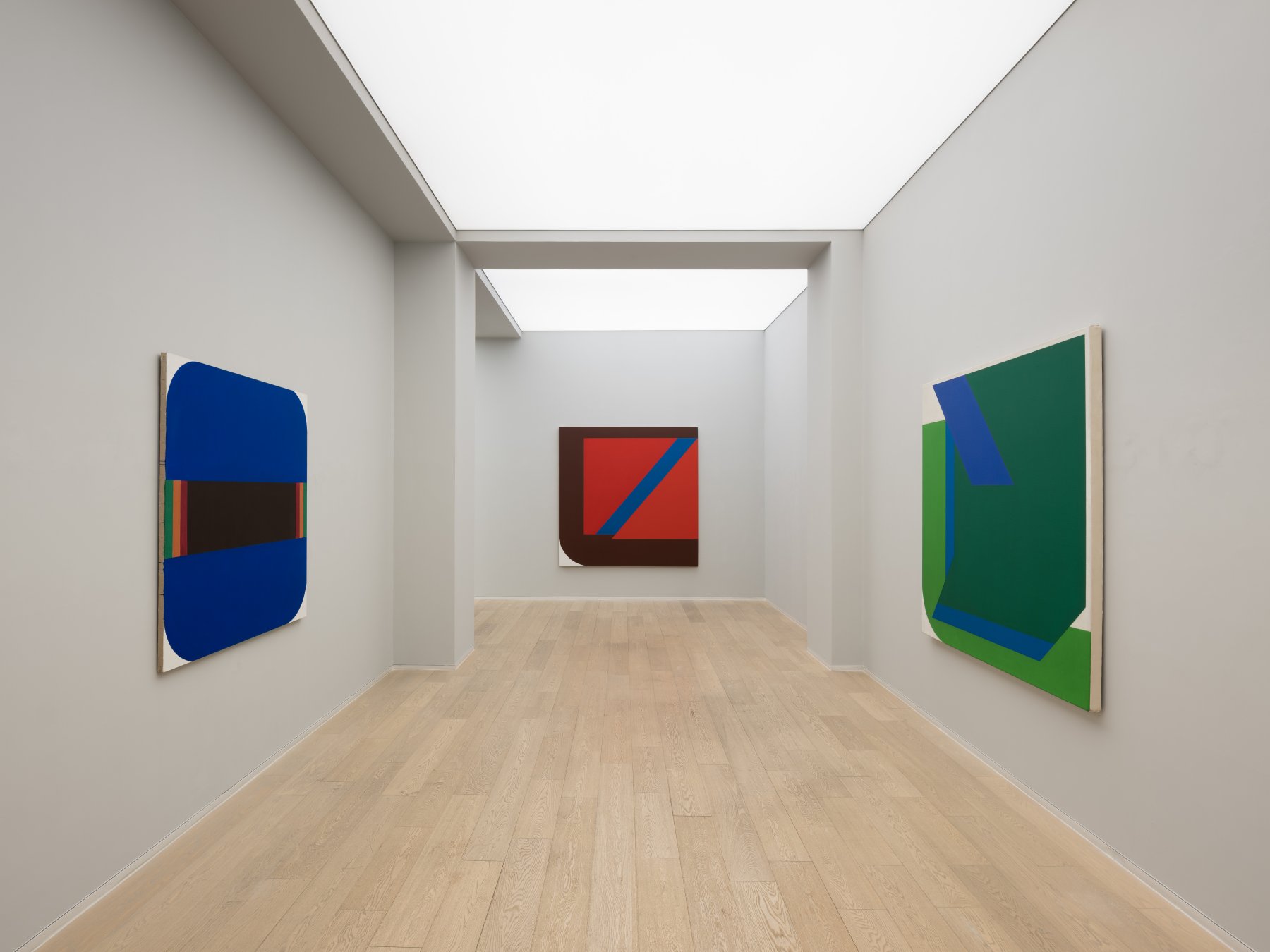 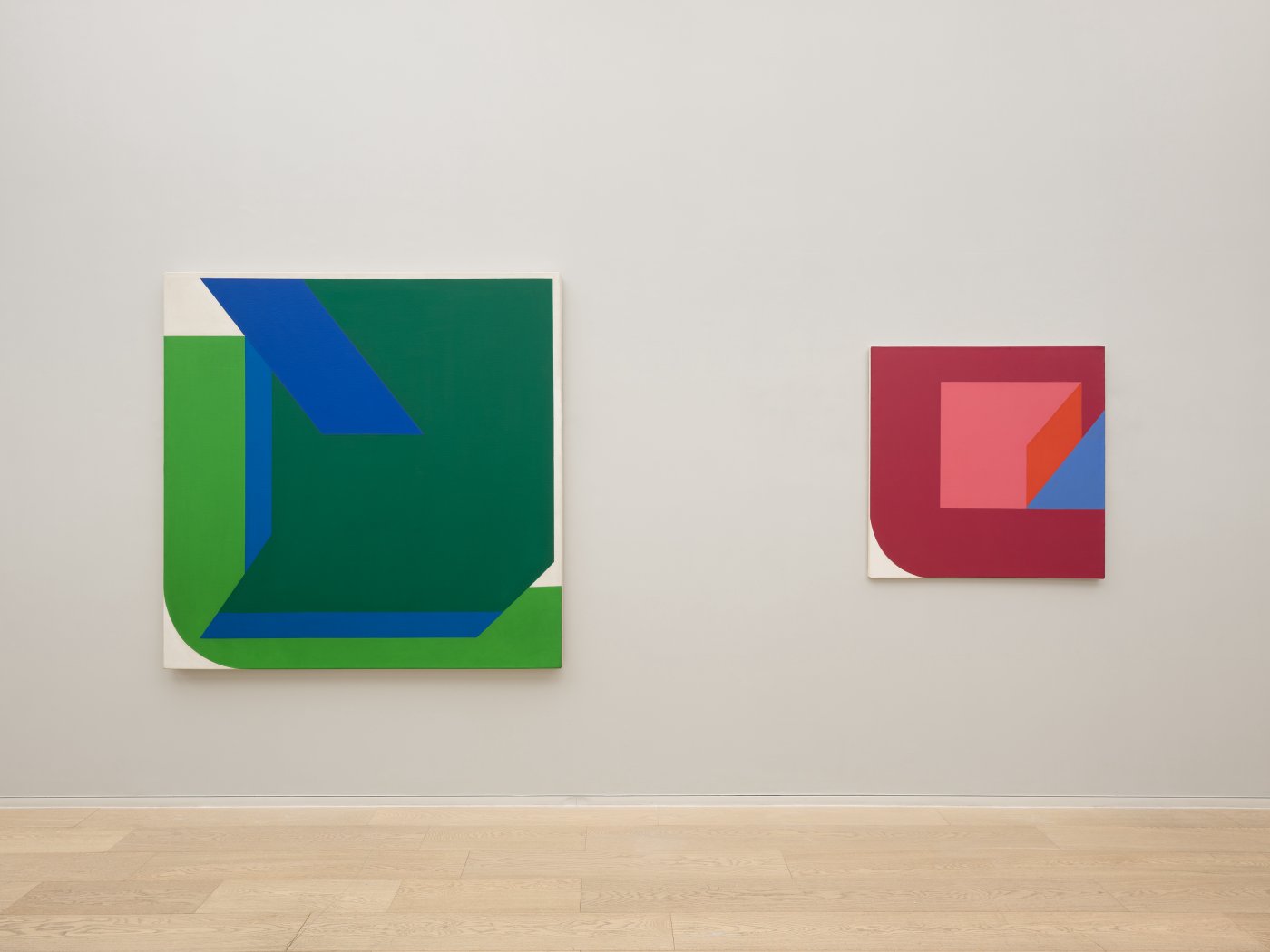 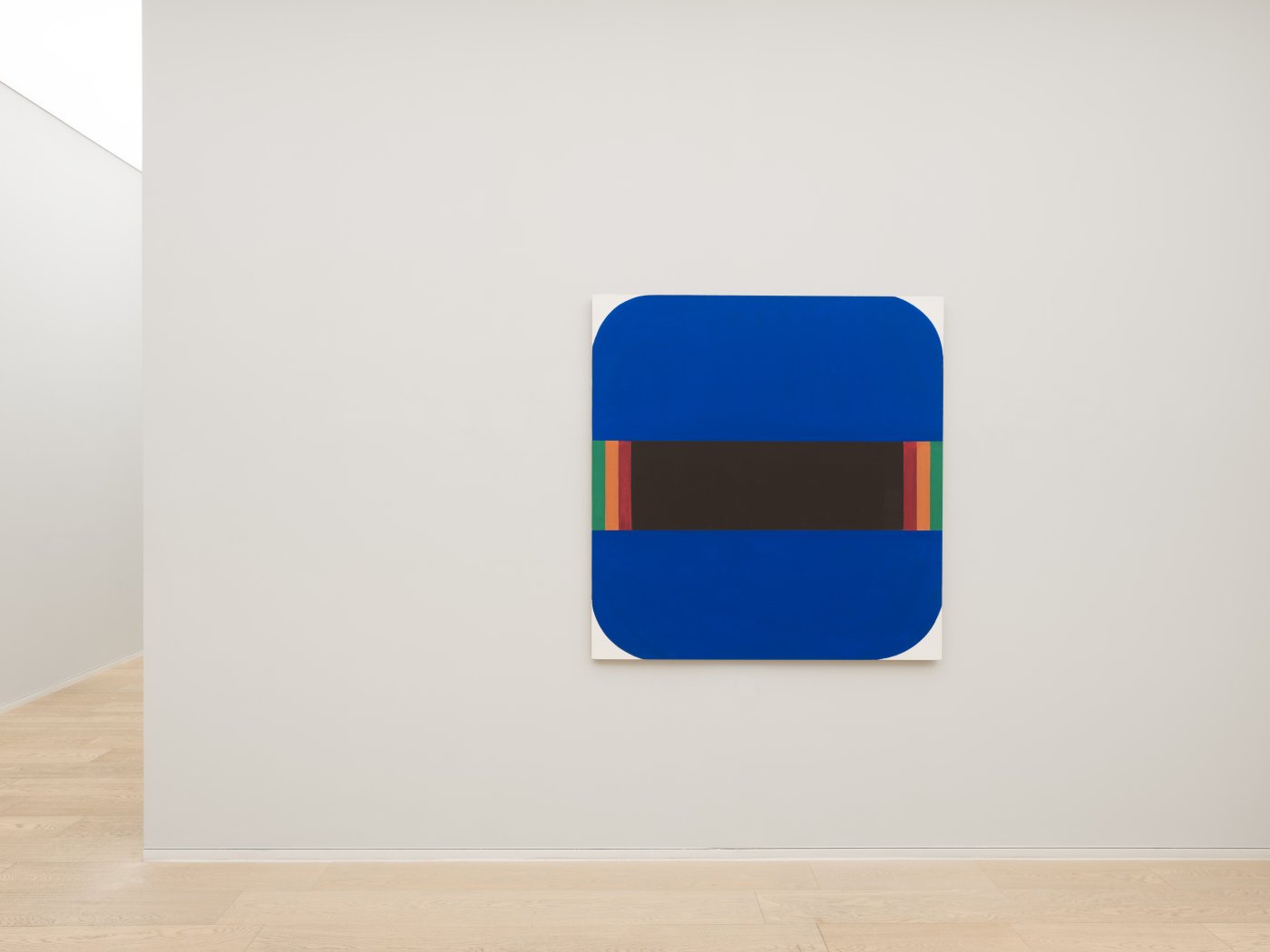 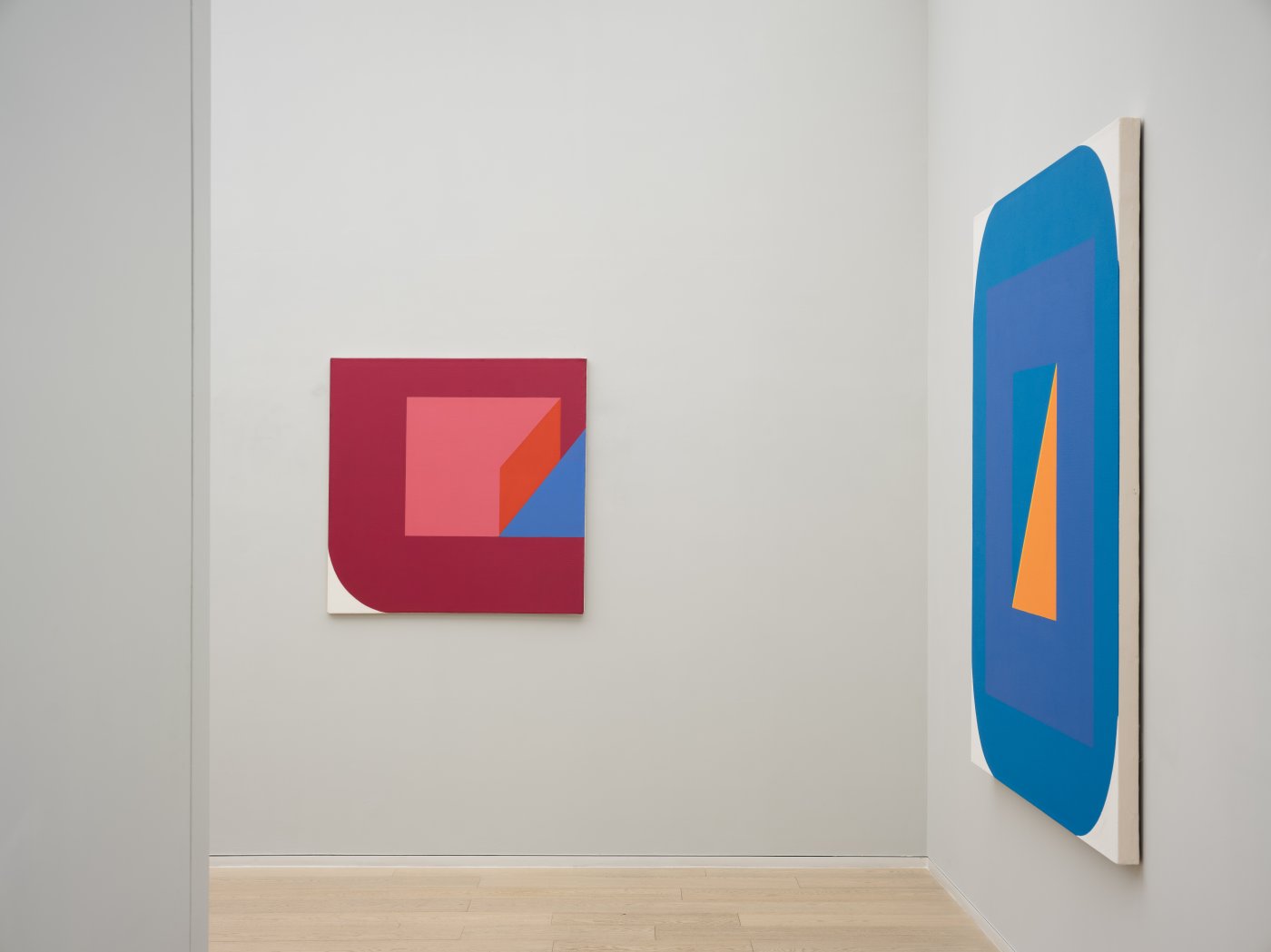 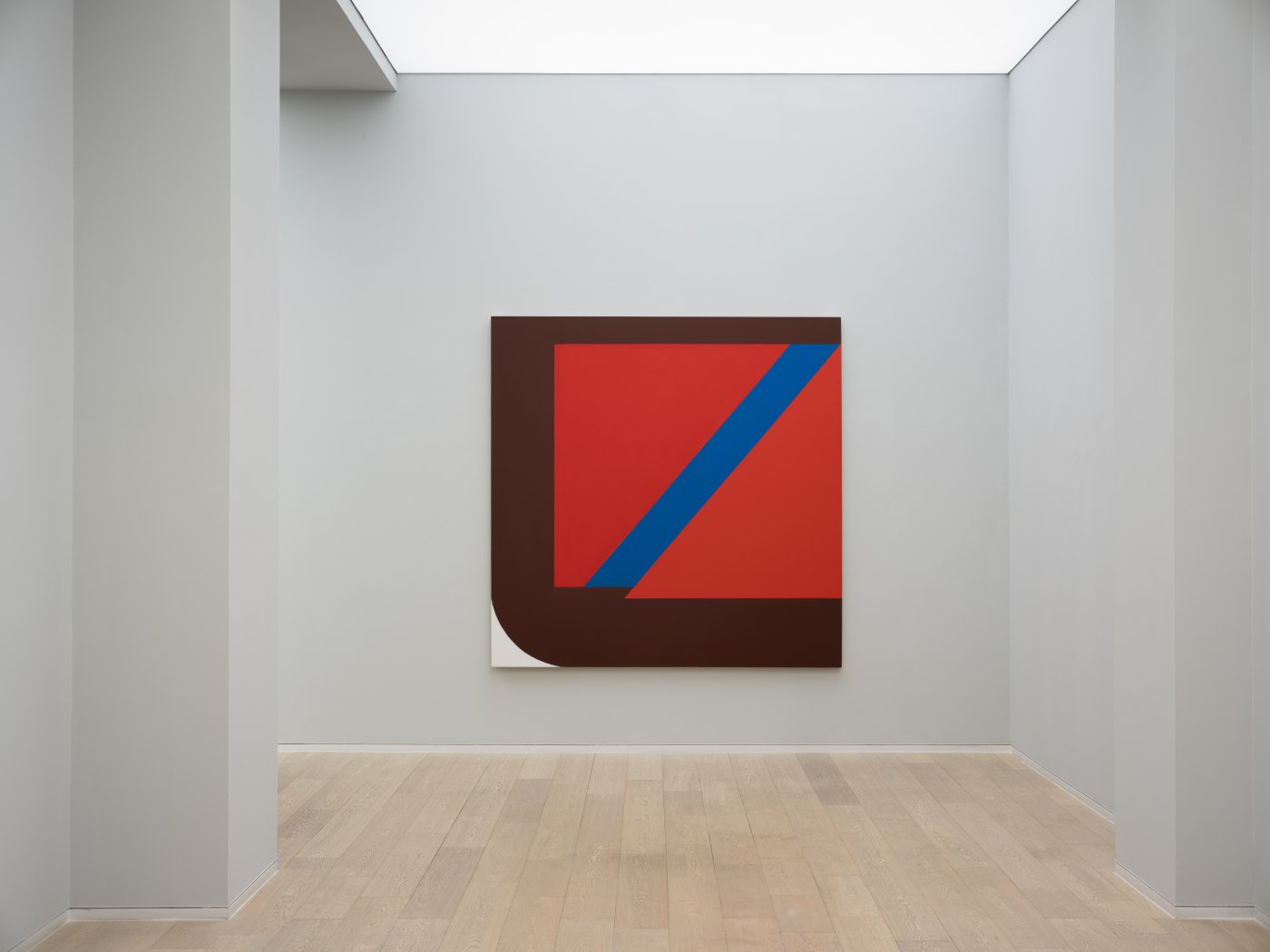 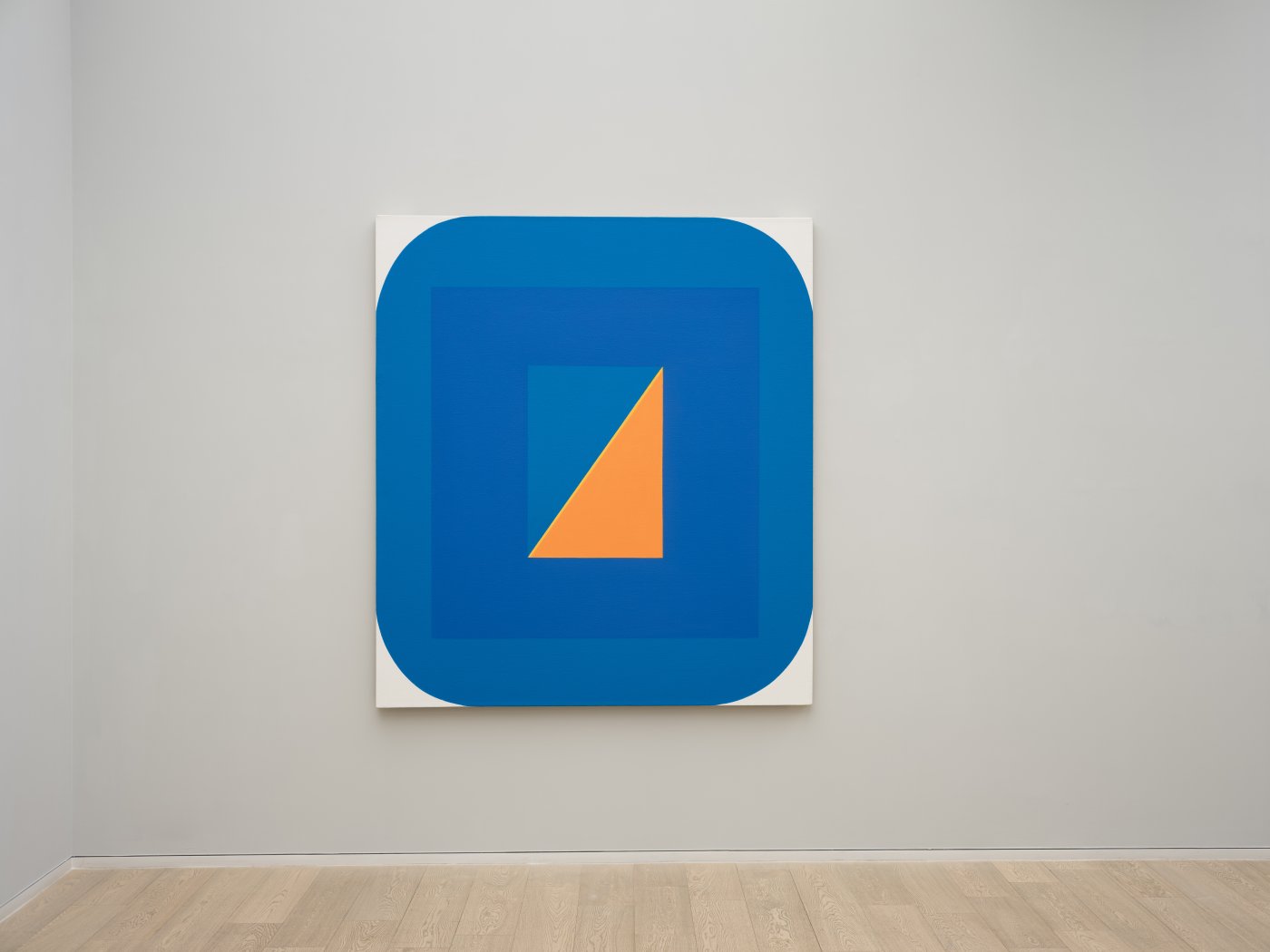 Rising to prominence in the early 1960s, Pfahler is internationally recognised as one of the first hard-edge painters in Europe, renowned for his vibrant and colourful works. Born in 1926, he studied at the Kunstakademie Stuttgart under Willi Baumeister, graduating in 1954. Influenced by the tradition of European Art Informel, he quickly adopted an innovative abstract geometric painting style, with block-like forms on crisp backgrounds appearing on his canvasses as early as 1962. Pfahler dedicated his entire career to the investigation of the relationship between colour, shape and space, an objective he steadfastly pursued until his death in 2002.

Highlights include three works from the artist’s Metro series, in which Pfahler created refined compositions, removing the rectilinear structure of the canvas and re-shaping his own sinuous borders with bands of colour, as seen in Touro VII (1966-1968). The Metro paintings see Pfahler manipulate his medium to construct compositions that have more in common with architecture than traditional painting, engineering space through his devout trust in colour and form. Taking inspiration from close friends Barnett Newman and Josef Albers, Pfahler projected architectural space onto his monumental canvases using pure colour as building blocks, resulting in enthralling spatial explorations of line and colour typified in works like Orbit I (1968).

In the late 1970s Pfahler’s work became increasingly gestural, as he introduced sweeping blocks of coloured shapes set against minimalistic black or white backgrounds, a stylistic preoccupation that continued to influence his work throughout the 1980s and into the early 1990s. Pfahler’s Espan series, which dominated this period, indicates a great rupture in the artist’s direction. The bright luminosity of his earlier paintings is replaced by a more subdued duotone structure. In Espan Nr.19 (1975) and others from the series we see a ritualistic sense of stature and stability manifested in the works’ modular 2 x 2 metre dimensions. These are not simply celebrations of dynamic colour, but rather action paintings within which vibrant hues jostle against one another, in combat for compositional dominance.