Simon Lee Gallery presents German painter Georg Karl Pfahler’s inaugural exhibition in London, a comprehensive survey of defining works from throughout the artist’s career. The exhibition showcases a collection of paintings and works on paper that celebrate the legacy of Germany’s first Hard Edge painter. 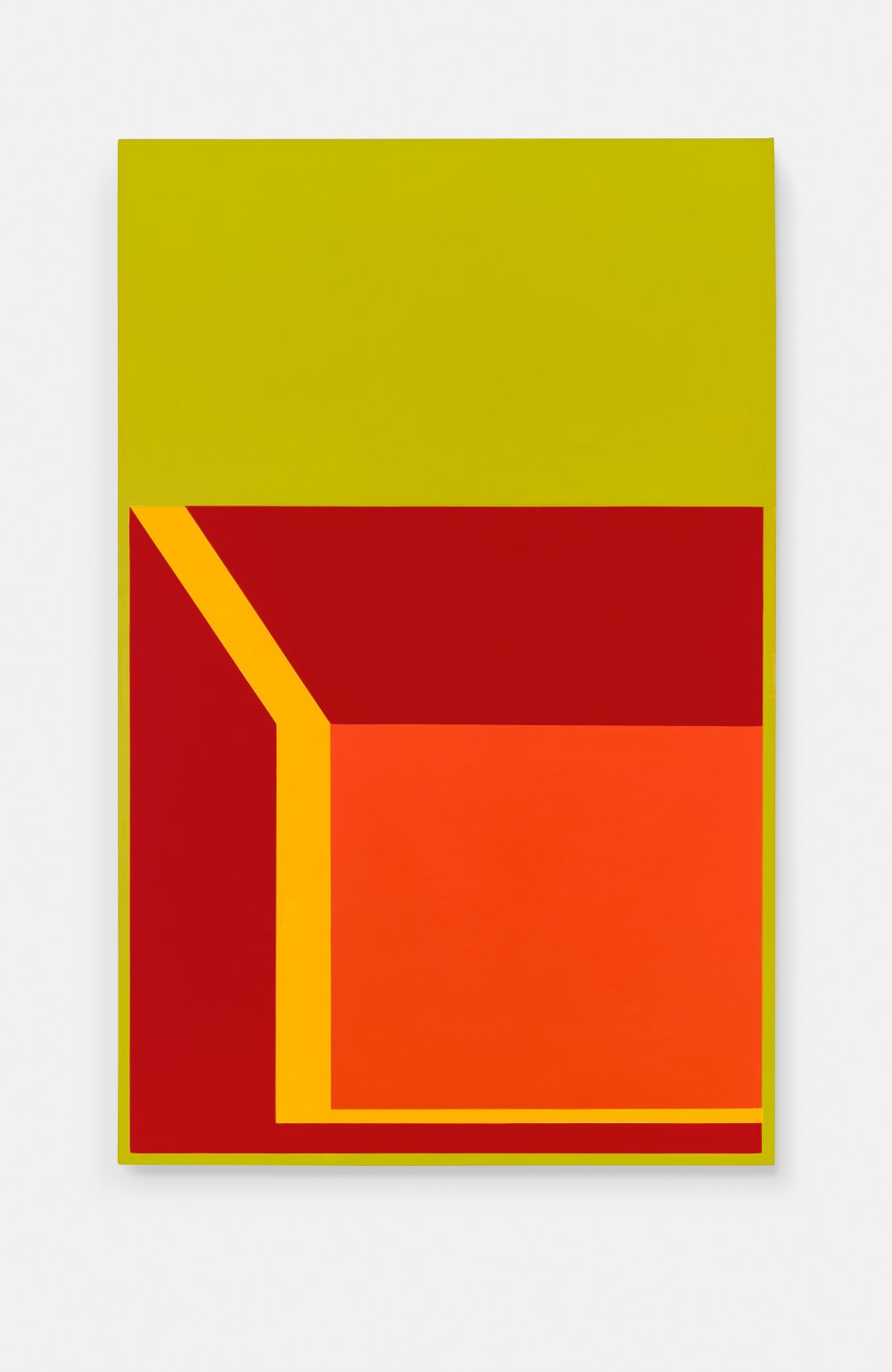 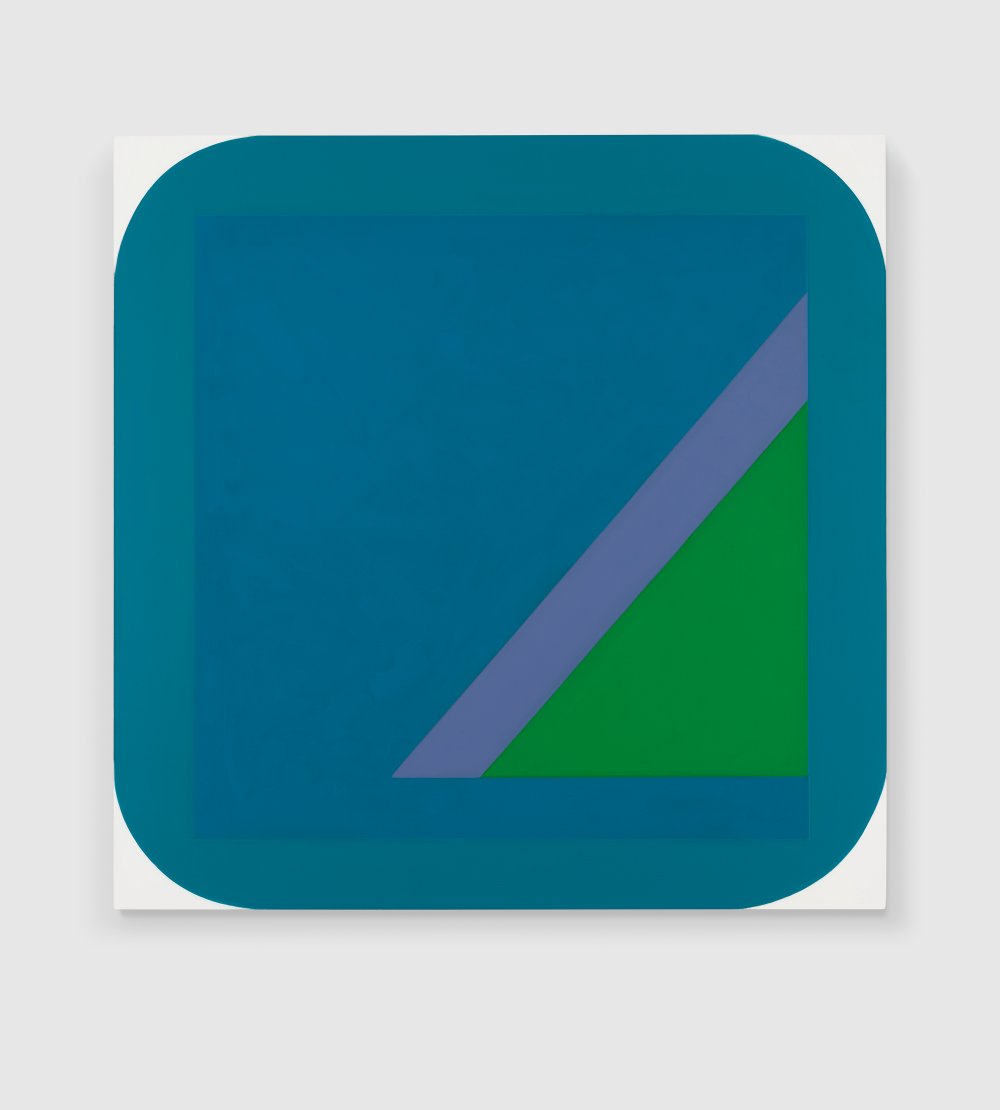 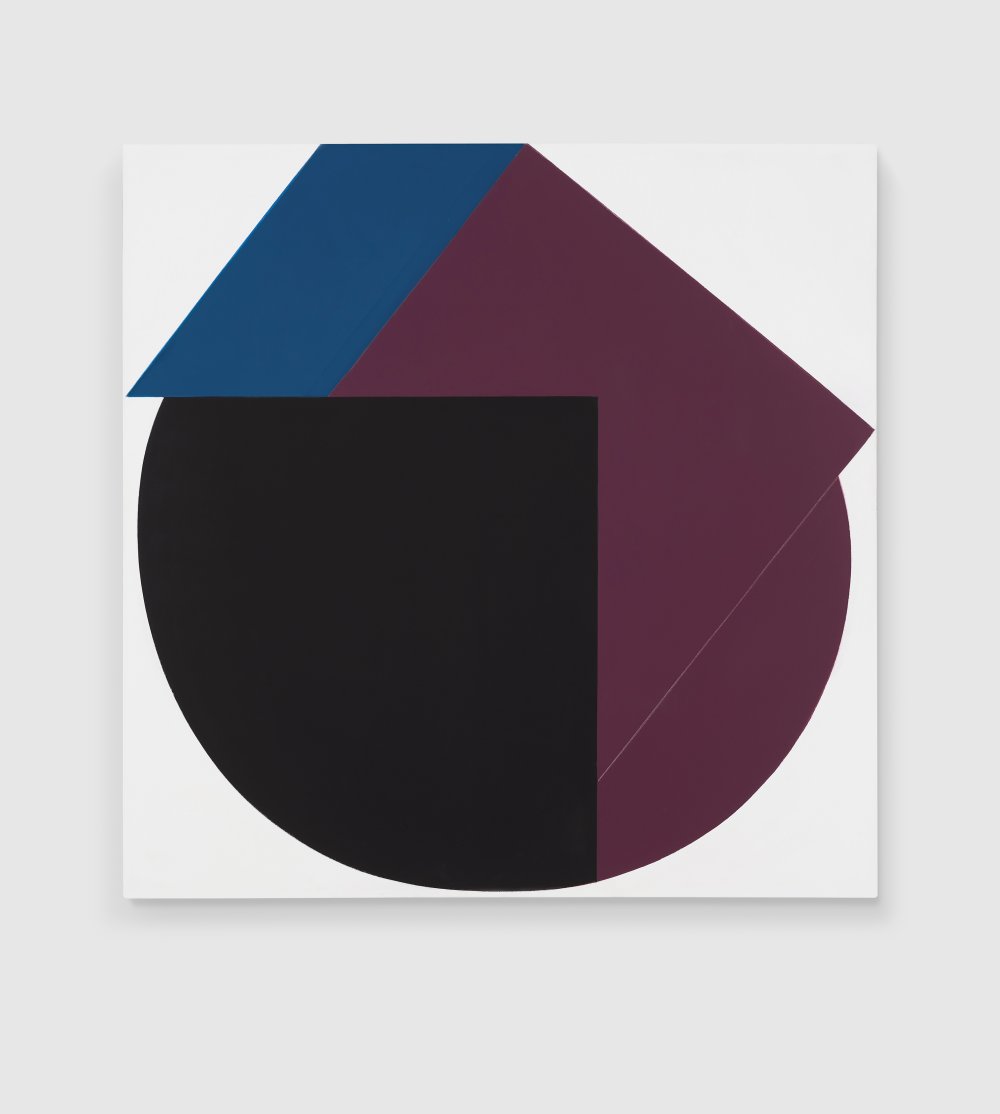 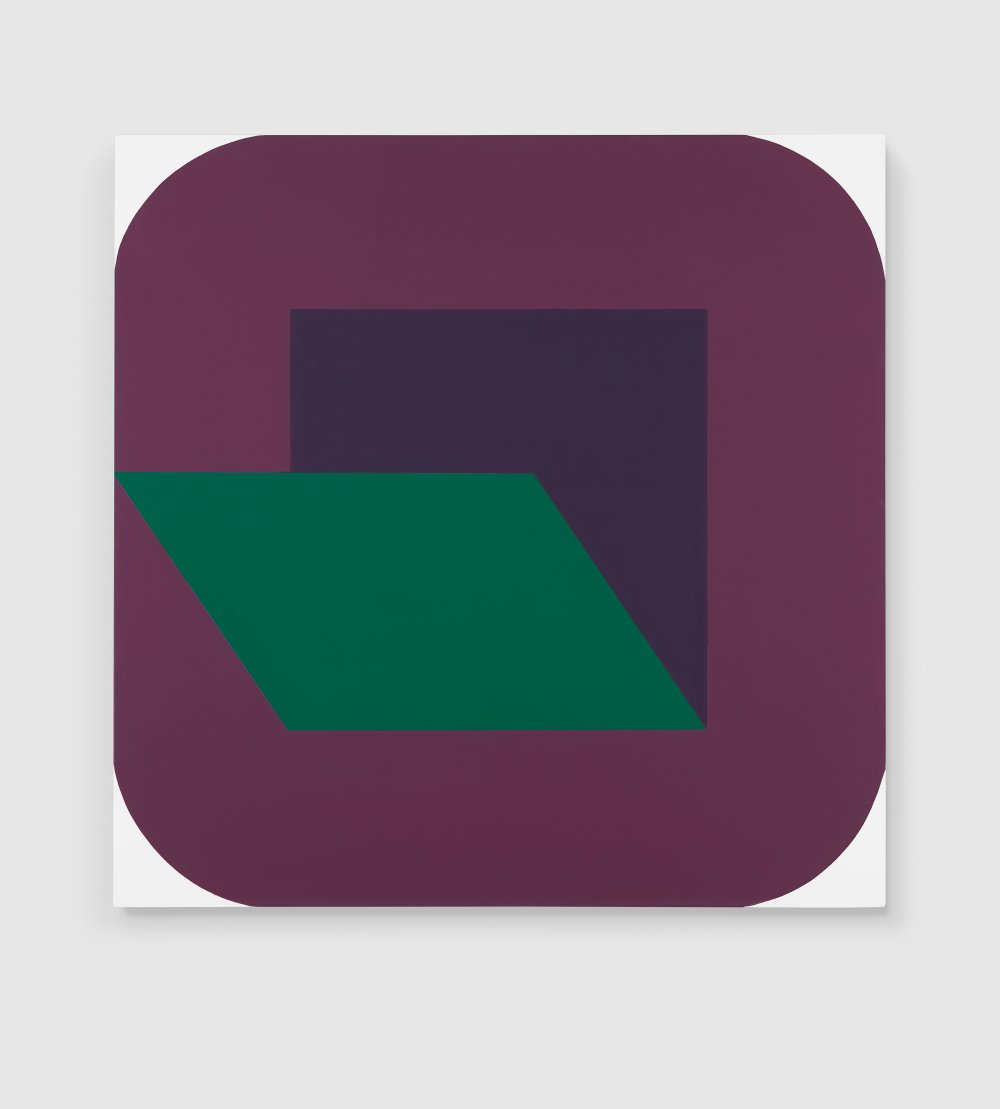 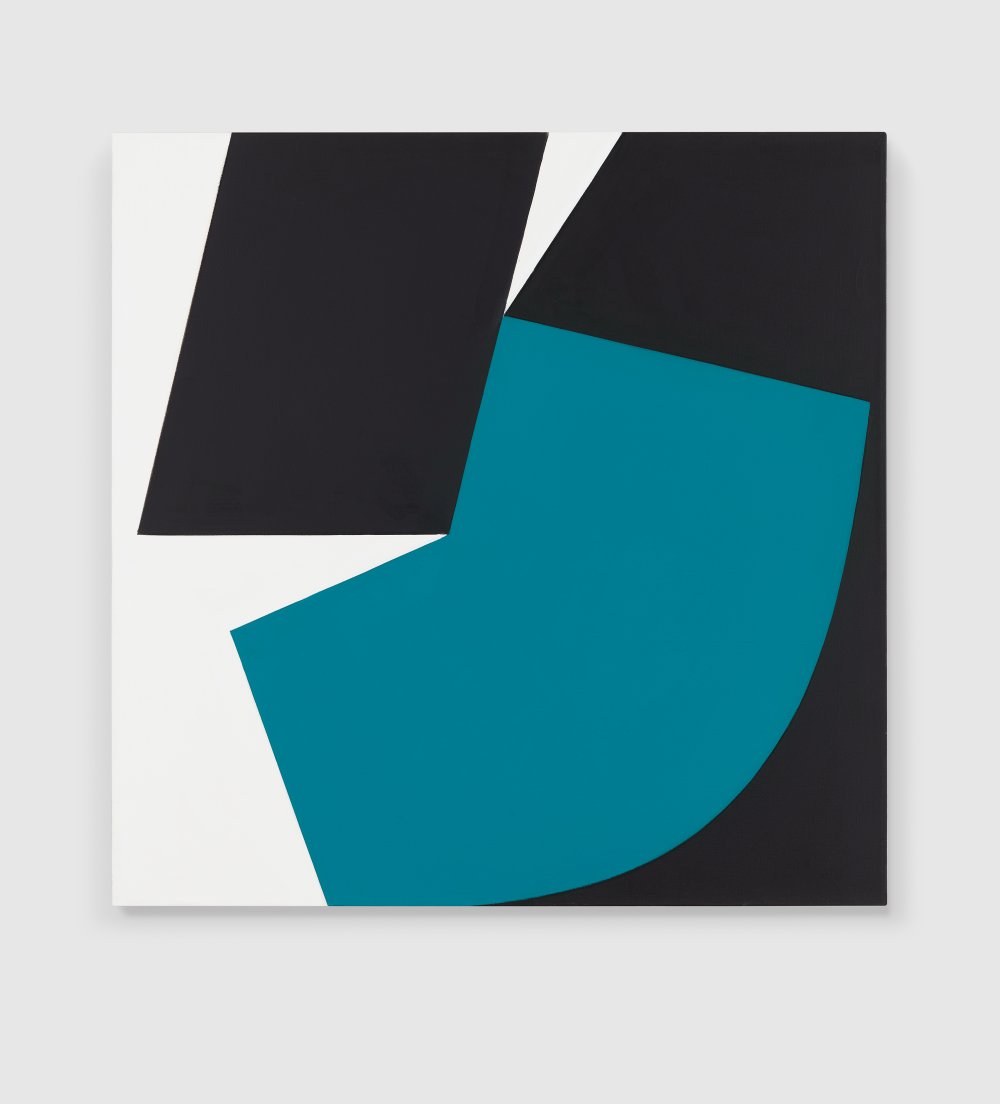 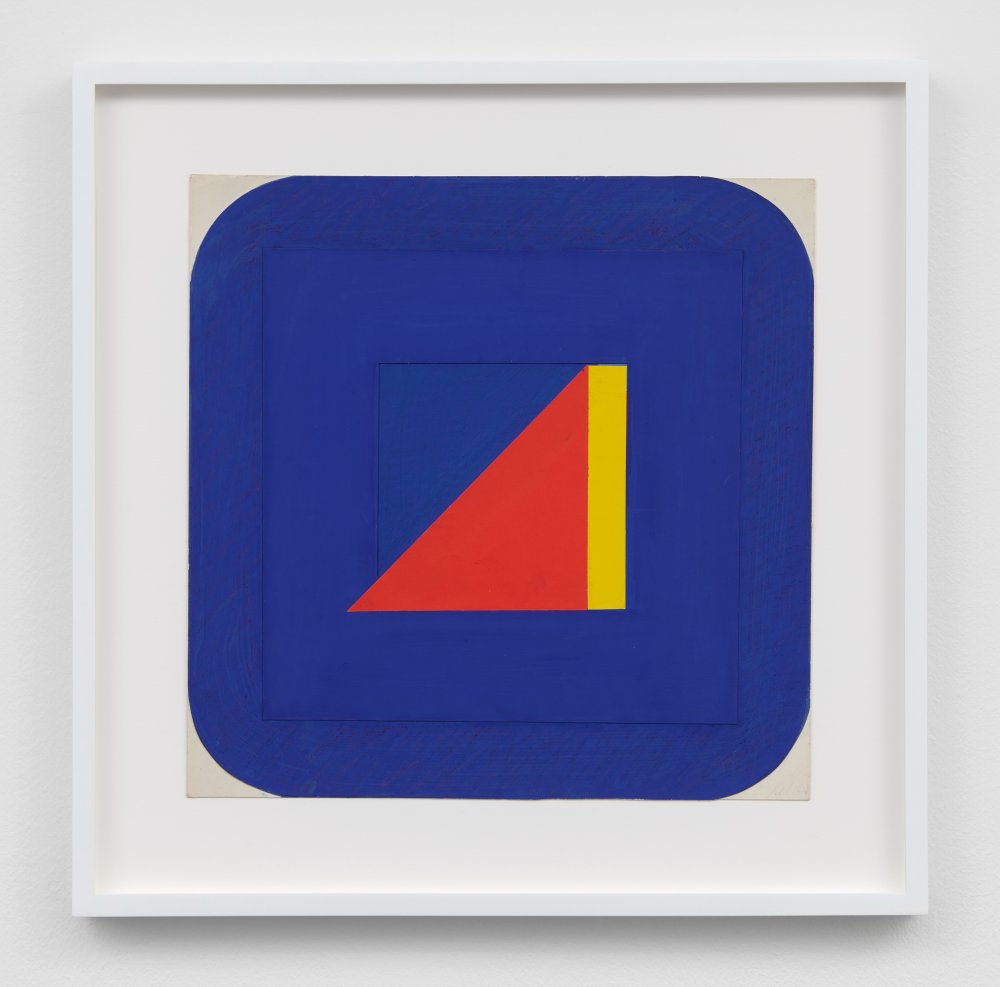 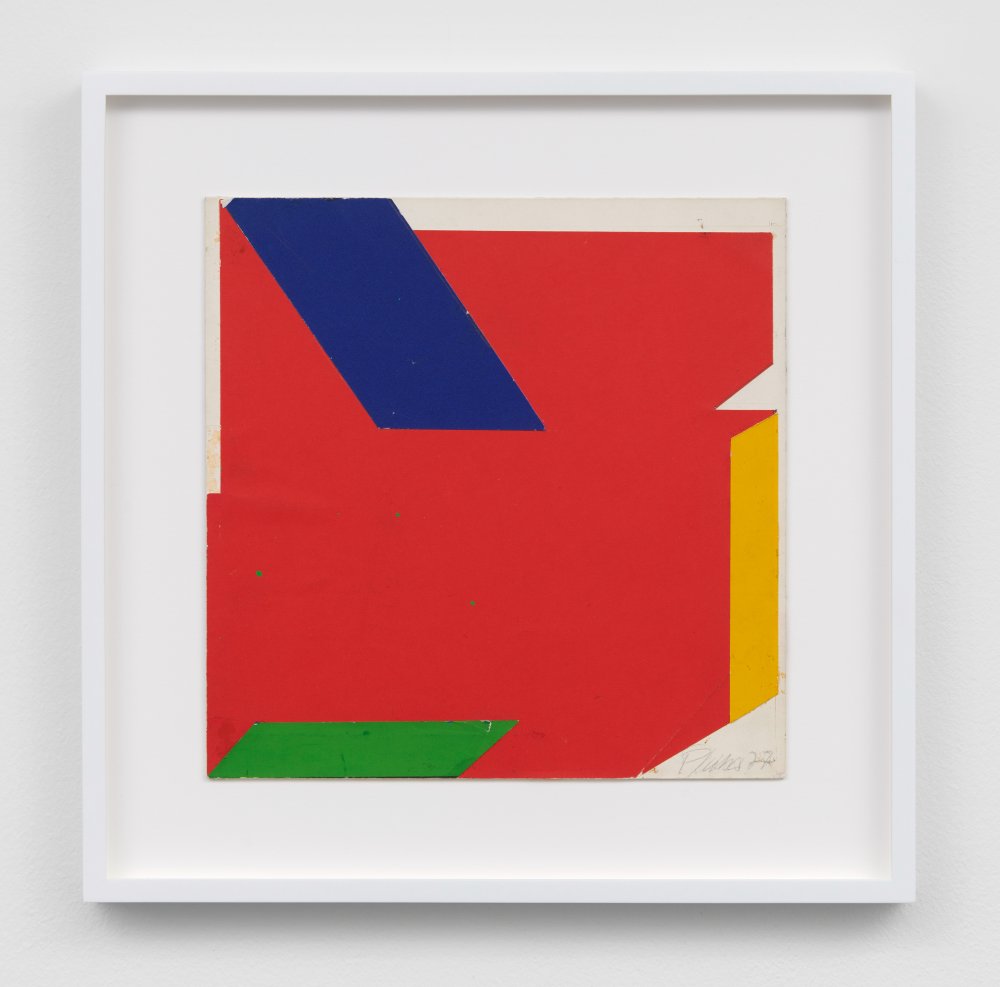 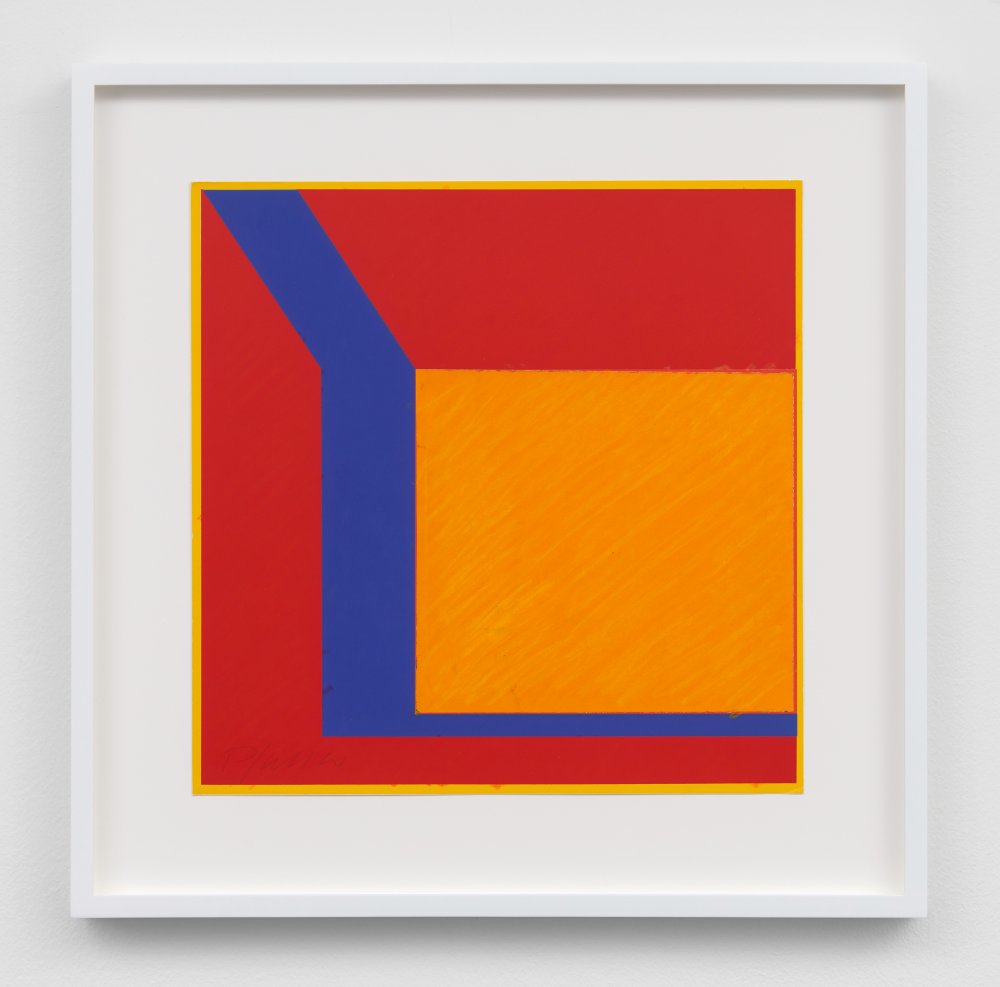 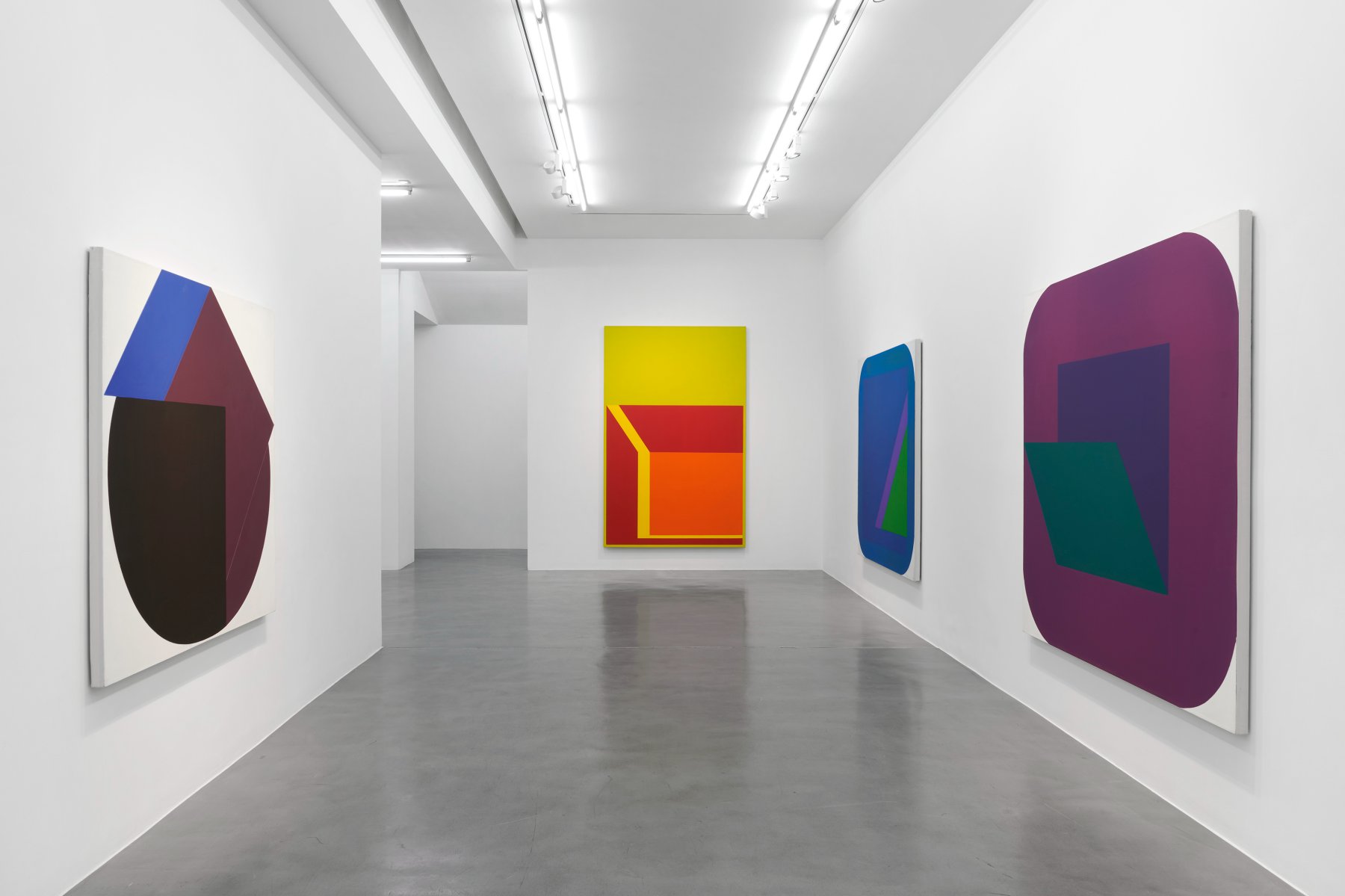 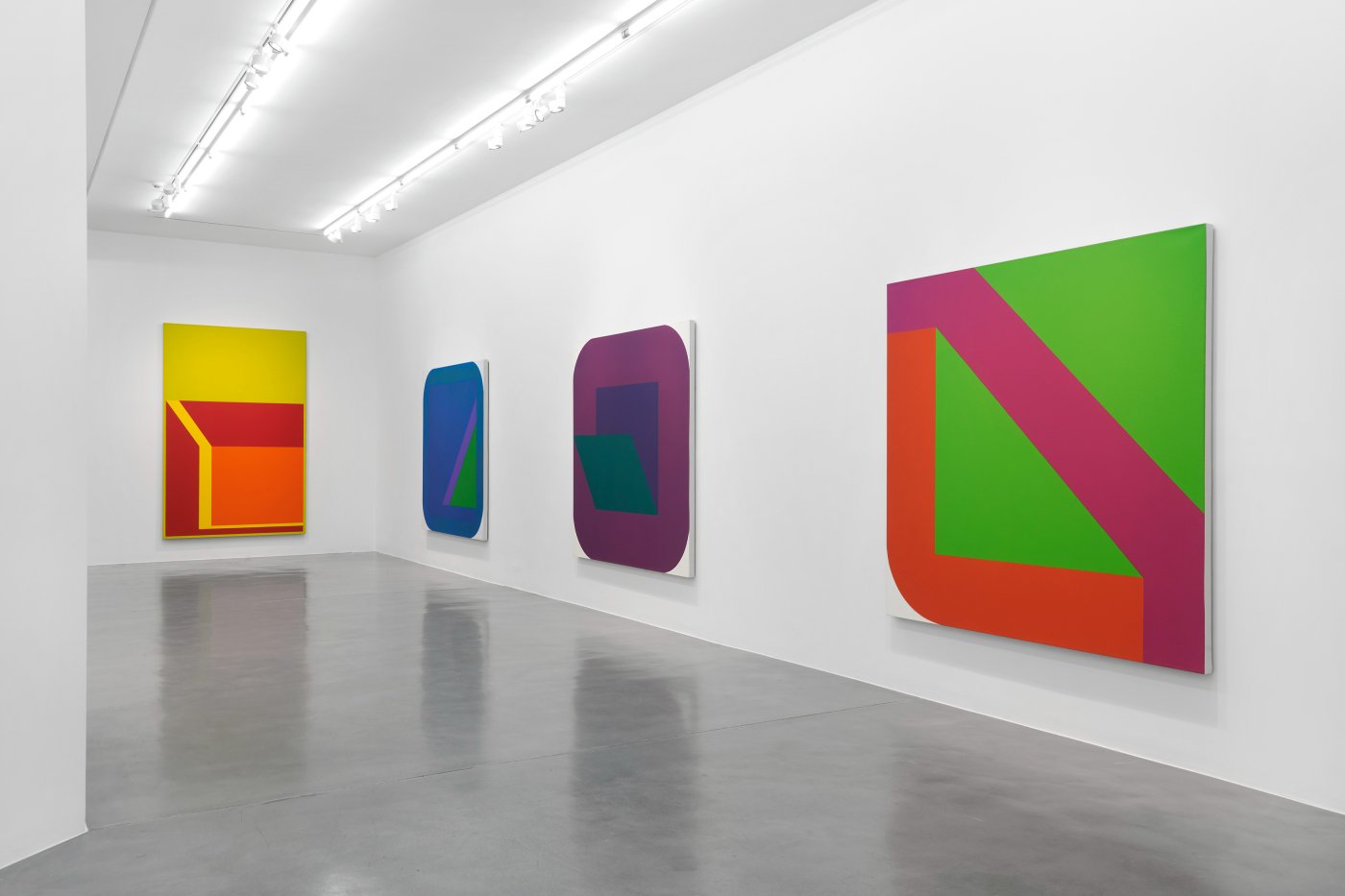 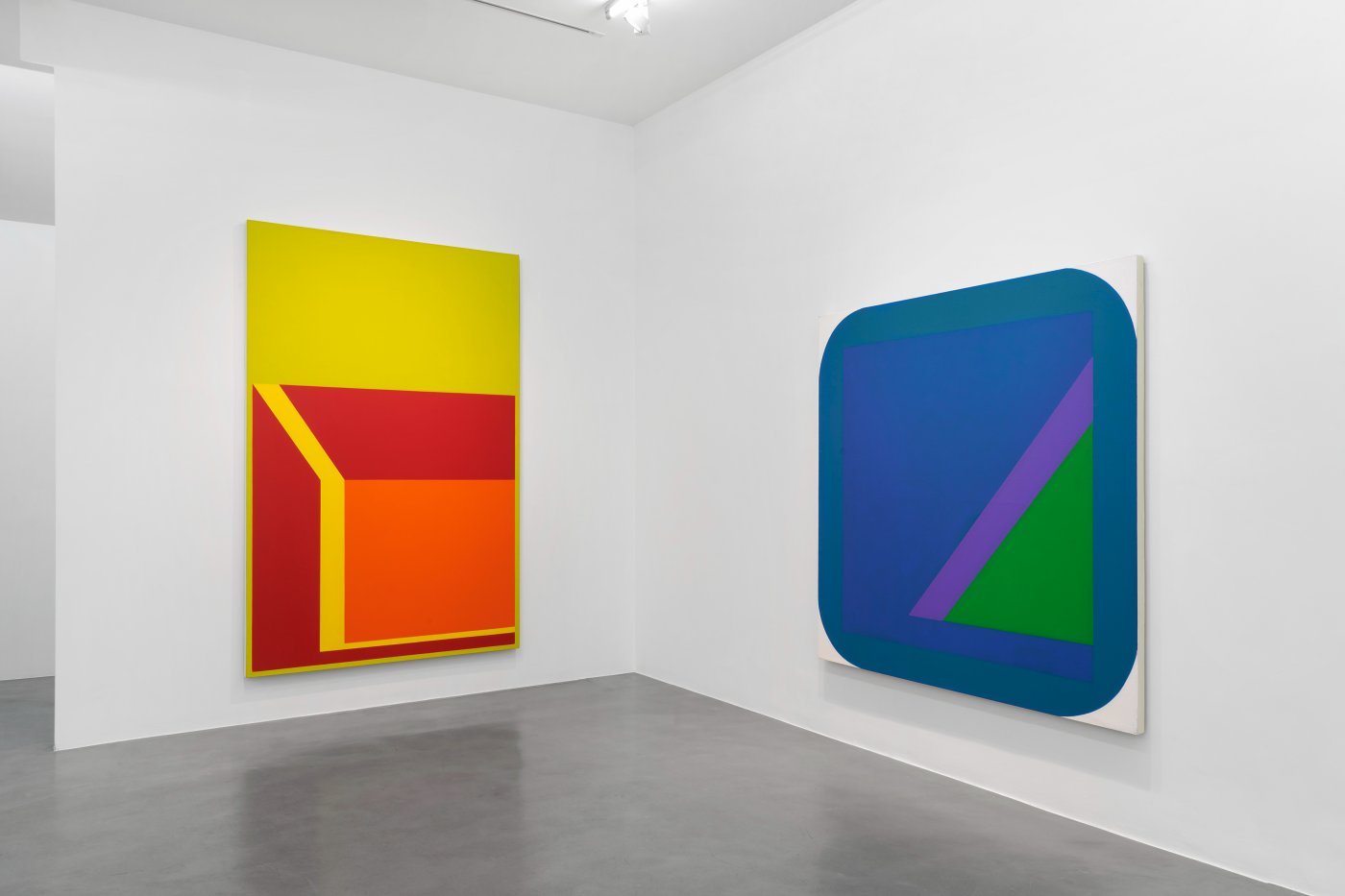 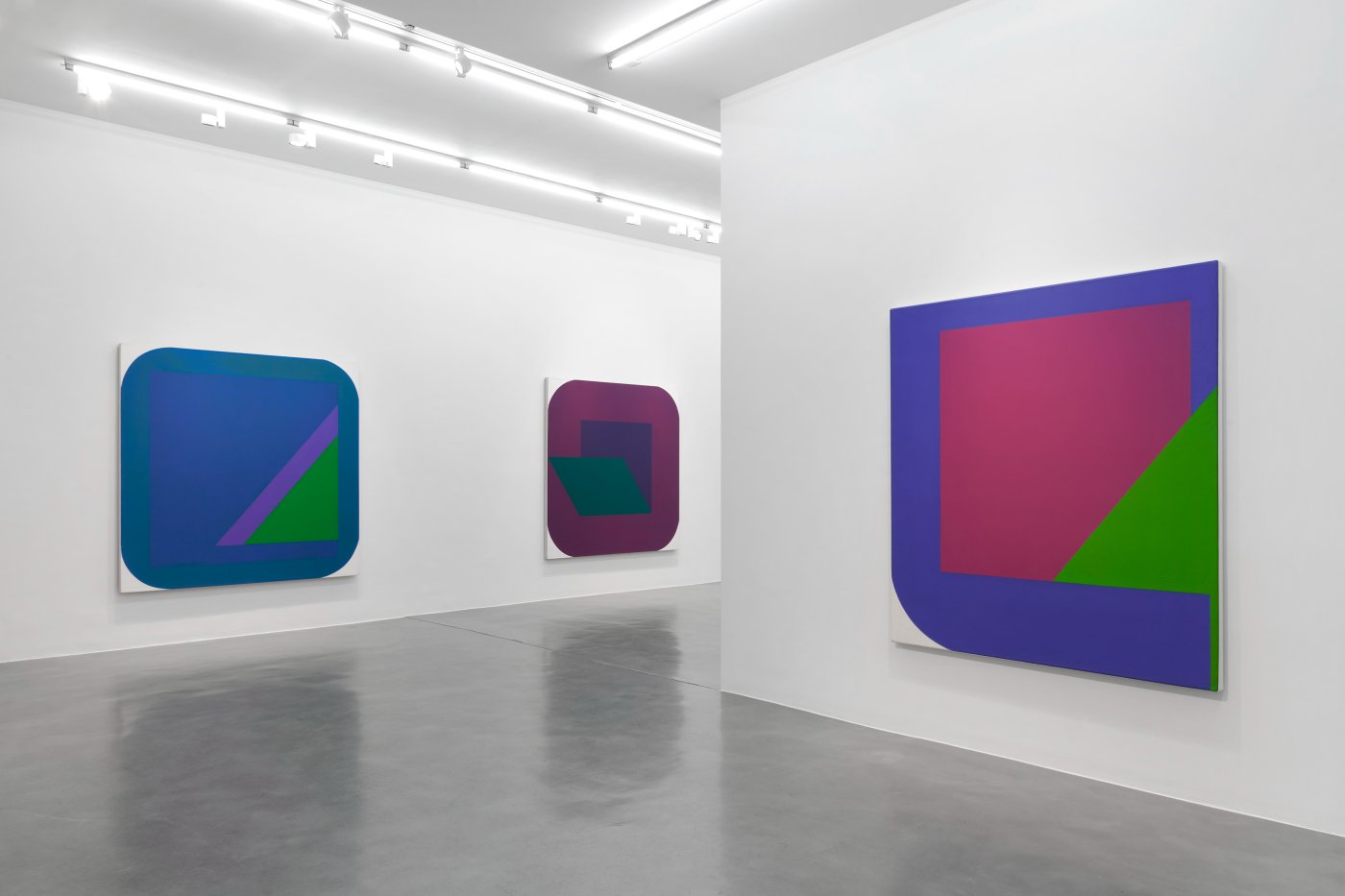 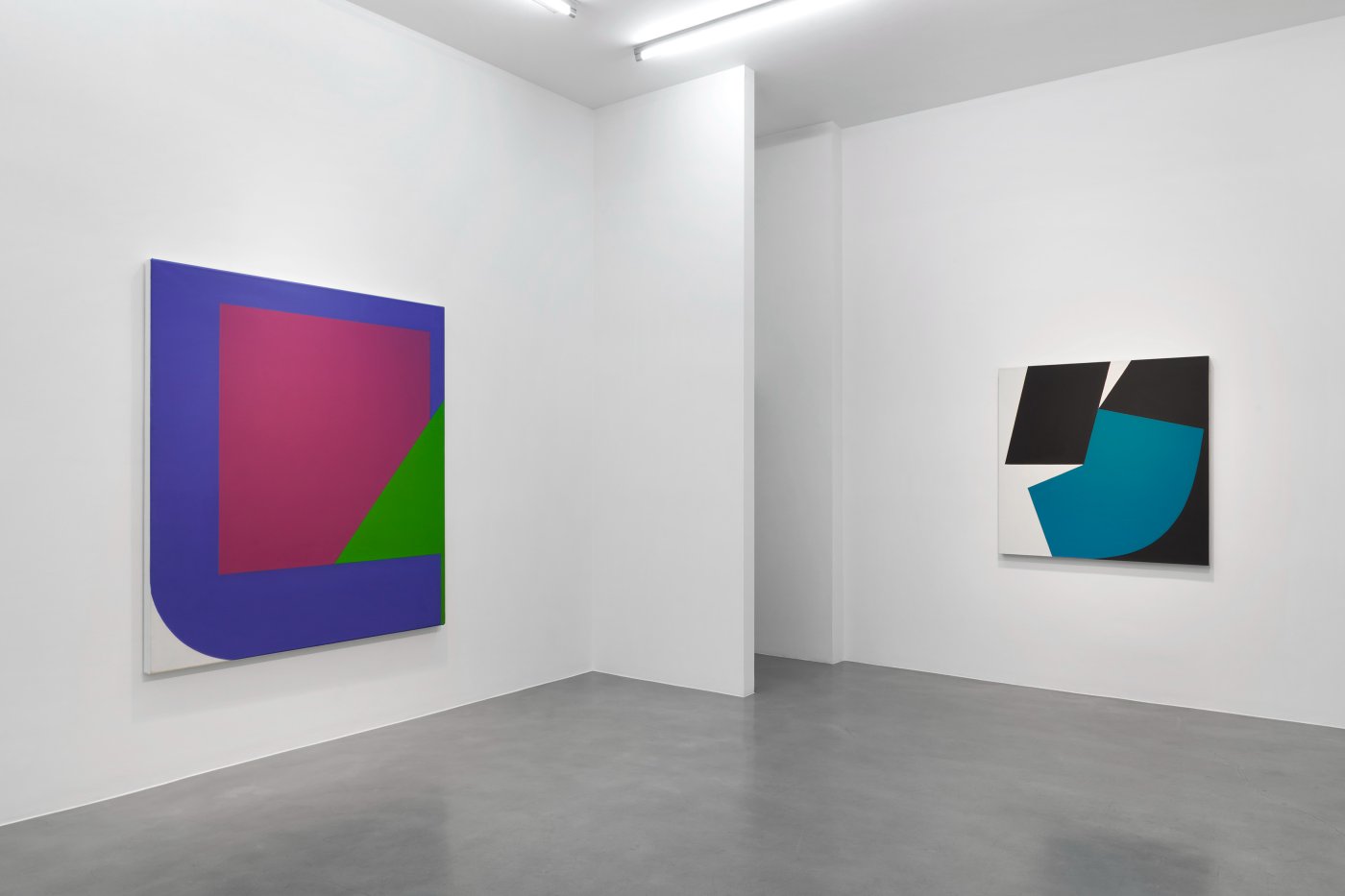 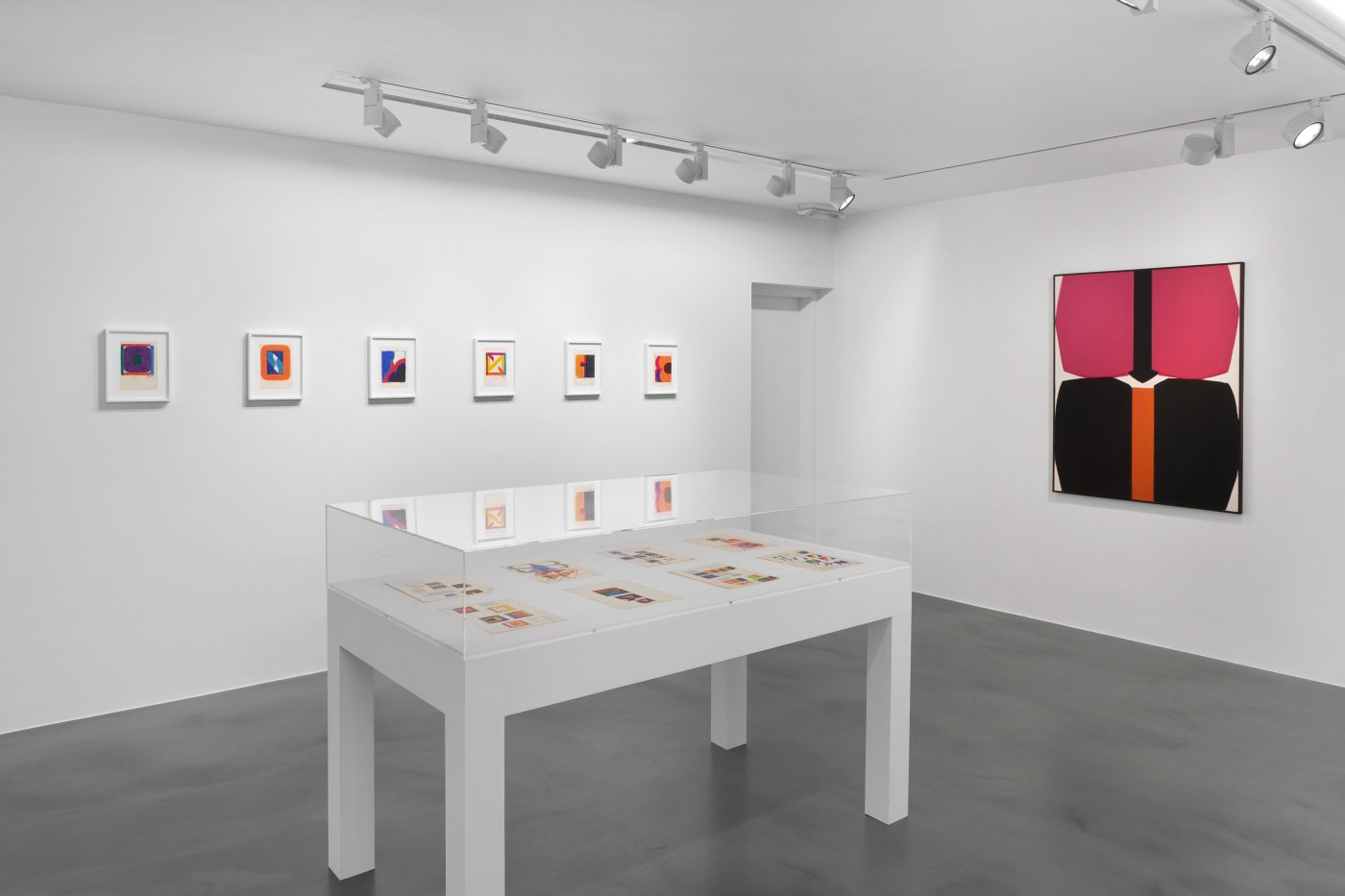 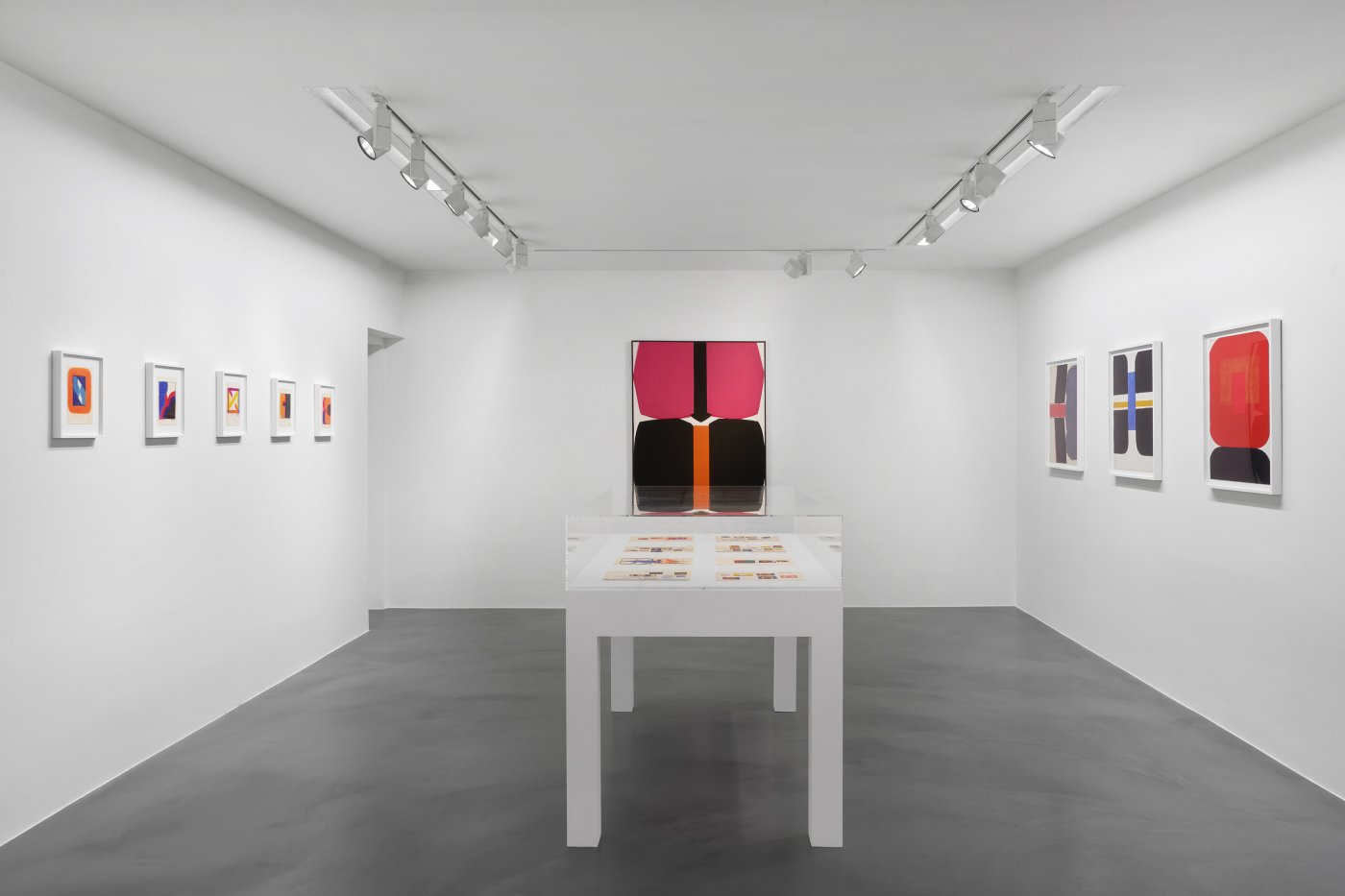 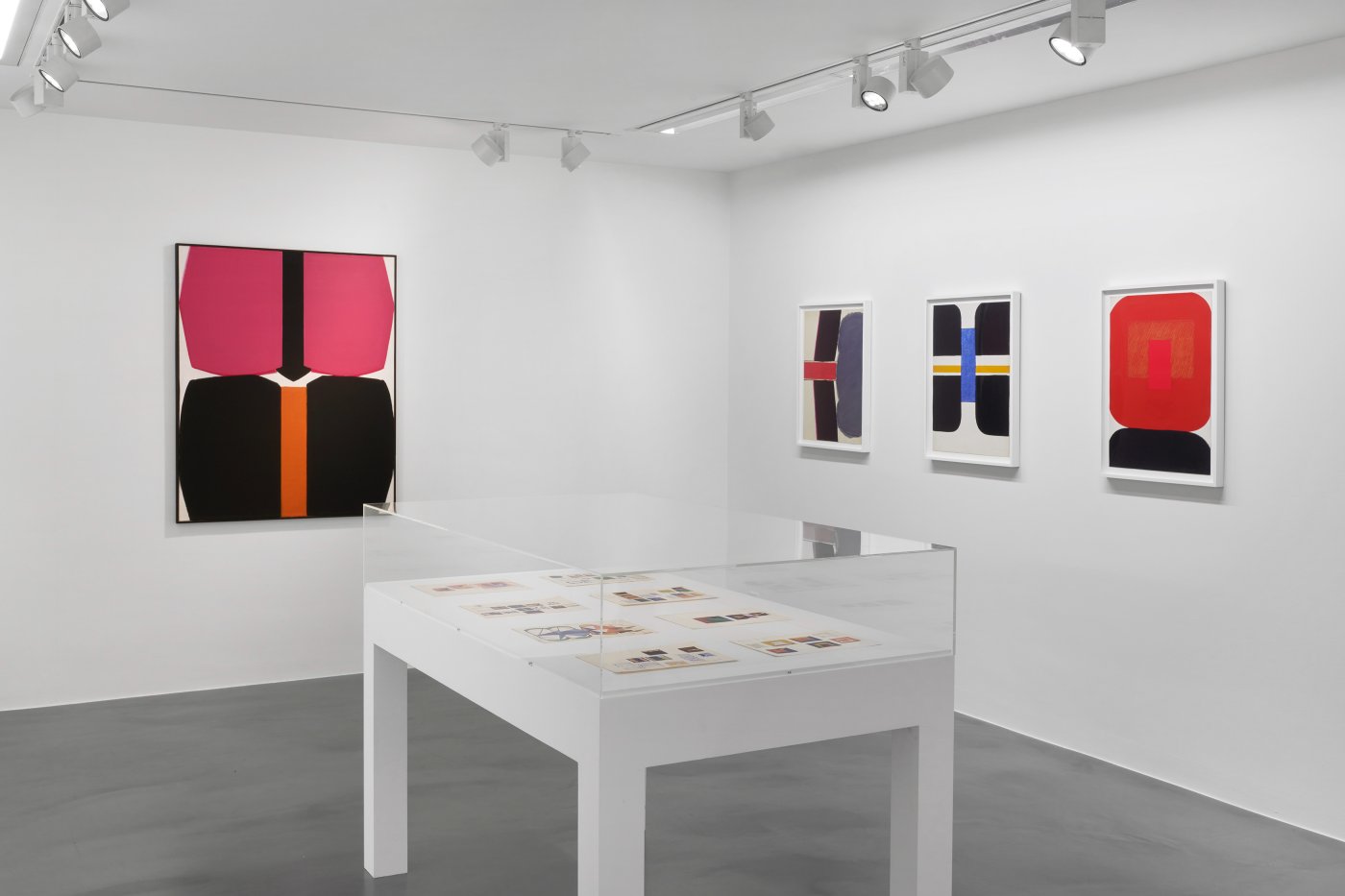 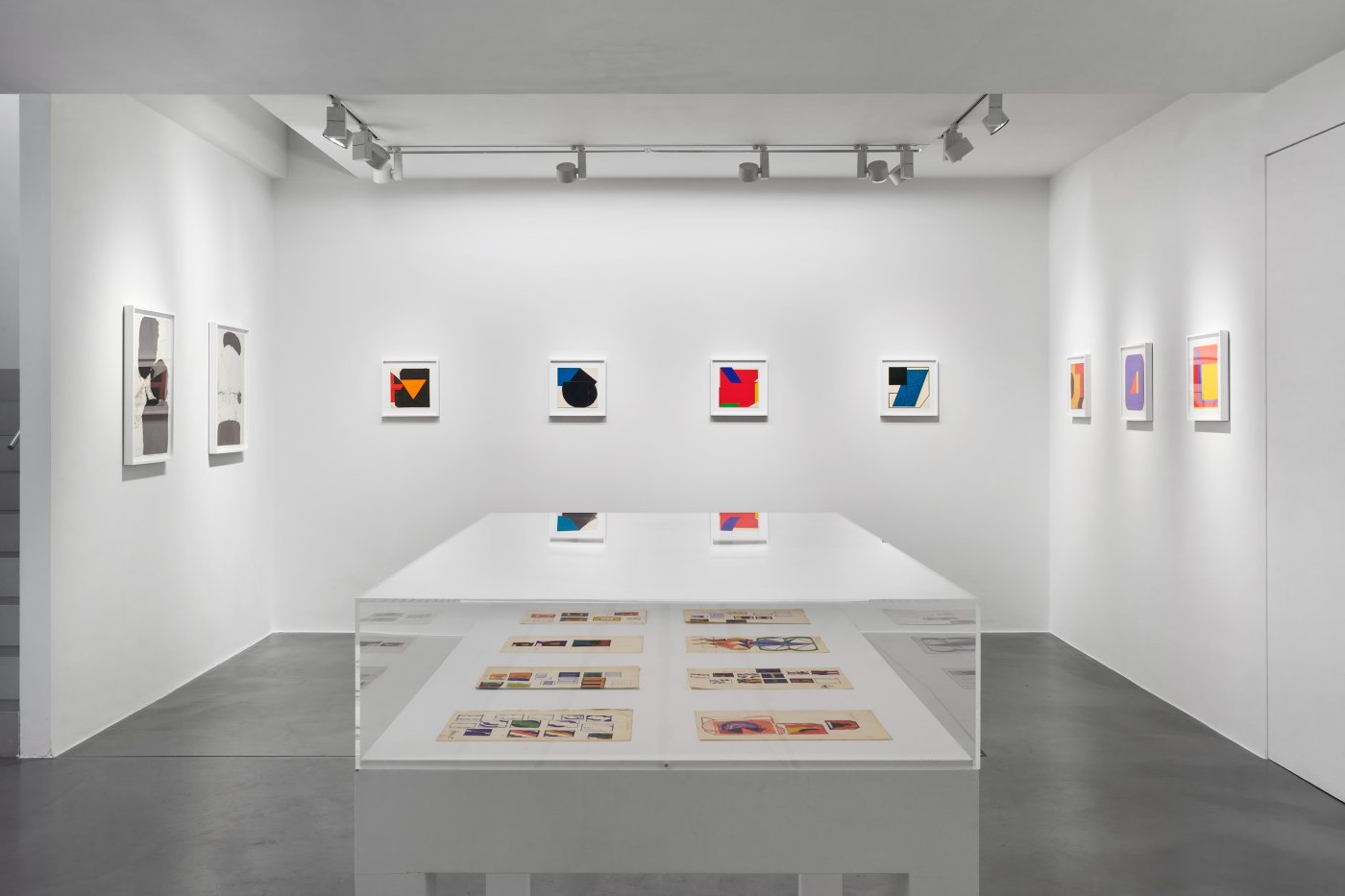 Pfahler developed his mature style in 1958 with his first series, Formativ. However, it was not until 1962 that Pfahler began incorporating his signature block-like forms alongside crisply defined areas of colour that embody his first Hard Edge paintings. These features epitomise his subsequent series, including Metro, West-Ost-Transit, Espan and Fra Firenze, all represented in this exhibition.

In 1963 Pfahler developed a new form of painting which was to be binding on him through the 1960s and 1970s. The artist gave primacy to colour over form, he advocated the autonomy of colour and championed the physical quality of paint. In 1968 he declared ‘Colour has a value of its own, colour is weight, colour is quality, colour possesses an inherent limitation, of itself, through itself, through other colours, colour creates space, colour is form and space’.

The colour forms rounded at the edges so typical of Pfahler’s work appeared in 1963 for the first time. By dissolving the edge out, his paintings acquired a sensual presence. The Metro paintings saw the artist manipulate his medium to construct compositions that have more in common with architecture than traditional painting. Pfahler projected architectural space onto his monumental canvases using pure colour as building blocks, resulting in enthralling spatial explorations of line and colour. In his West-Ost-Transit series, he similarly constructs compositions of colour in which a pictorial space opens both to the front and back.

From 1975, Pfahler’s works presented a deep departure in colour and form from his previous series. His paintings acquired a new direction maintained through the 1980s and into the early 1990s. The bright luminosity of his earlier paintings was replaced by a more subdued duotone structure, as seen in his Espan and Fra Firenze series. These works became increasingly dynamic, as he introduced sweeping blocks of coloured shapes set against minimalistic black or white backgrounds. In these paintings vibrant hues jostle against one another, in combat for compositional dominance. Pfahler dedicated his entire career to the investigation of the relationship between colour, shape and space until his death at the age of 76.

Georg Karl Pfahler was born in Emetzheim, Germany in 1926 and died in 2002. He studied at the Kunstakademie Stuttgart under Willi Baumeister, graduating in 1954. Pfahler raised to prominence in the early 1960s as one of the first hard-edge painters in Europe. In 1965 he was included in the seminal group exhibition Signale at the Kunsthalle Basel. He represented Germany at the Venice Biennale in 1970 alongside Günther Uecker, Heinz Mack, and Thomas Lenk; and at the São Paulo Biennale in 1981. Other notable solo exhibitions include a major retrospective at Kunstsammlungen Chemnitz, Chemnitz, Germany (2001) which travelled to Von Der Heydt-Museum, Wuppertal, Germany (2002); Staatsgalerie Stuttgart, Suttgart, Germany (1990); Zachęta – National Gallery of Art, Warsaw, Poland (1988) which travelled to multiple institutions in Poland; Kunsthalle Mannheim, Mannheim, Germany (1985) and Kunsthaus Zug, Zug, Switzerland (1979). His work is represented in major institutions and private collections including: Städel Museum, Frankfurt, Germany; Neue Nationalgalerie, Berlin, Germany; Kunstmuseum Stuttgart, Stuttgart, Germany; Staatliche Kunstsammlungen Chemnitz, Chemnitz, Germany; Bundestag, Berlin, Germany; Kunsthalle Nürnberg, Nürnberg, Germany; Staatsgalerie Stuttgart, Stuttgart, Germany; Folkswang Museum, Essen, Germany and Kunsthalle Karlsruhe, Karlsruhe, Germany.

Courtesy of the artist and Simon Lee Gallery, London