Cristea Roberts Gallery presents an exhibition of a major new body of work by German artist Georg Baselitz (b. 1938). 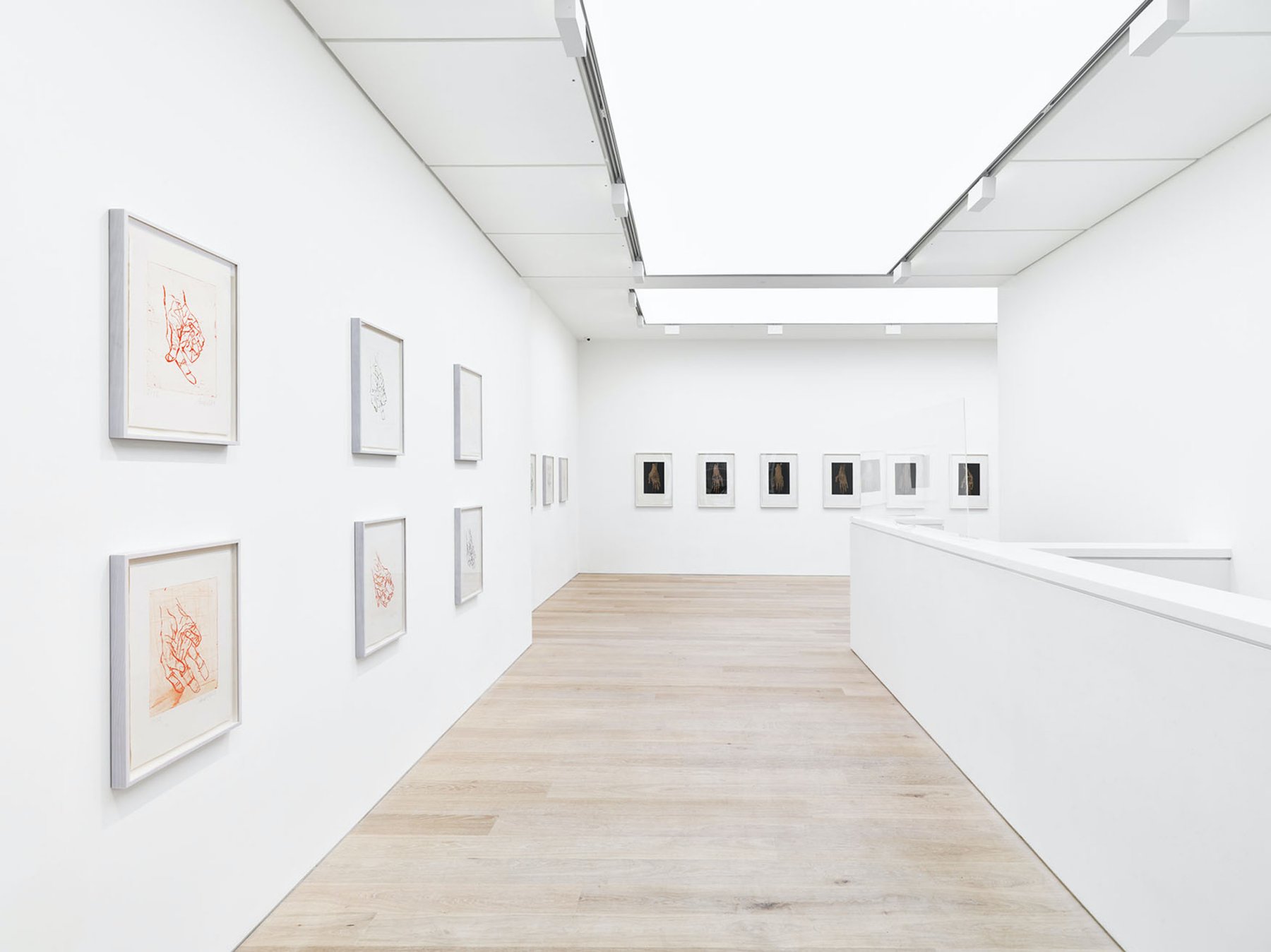 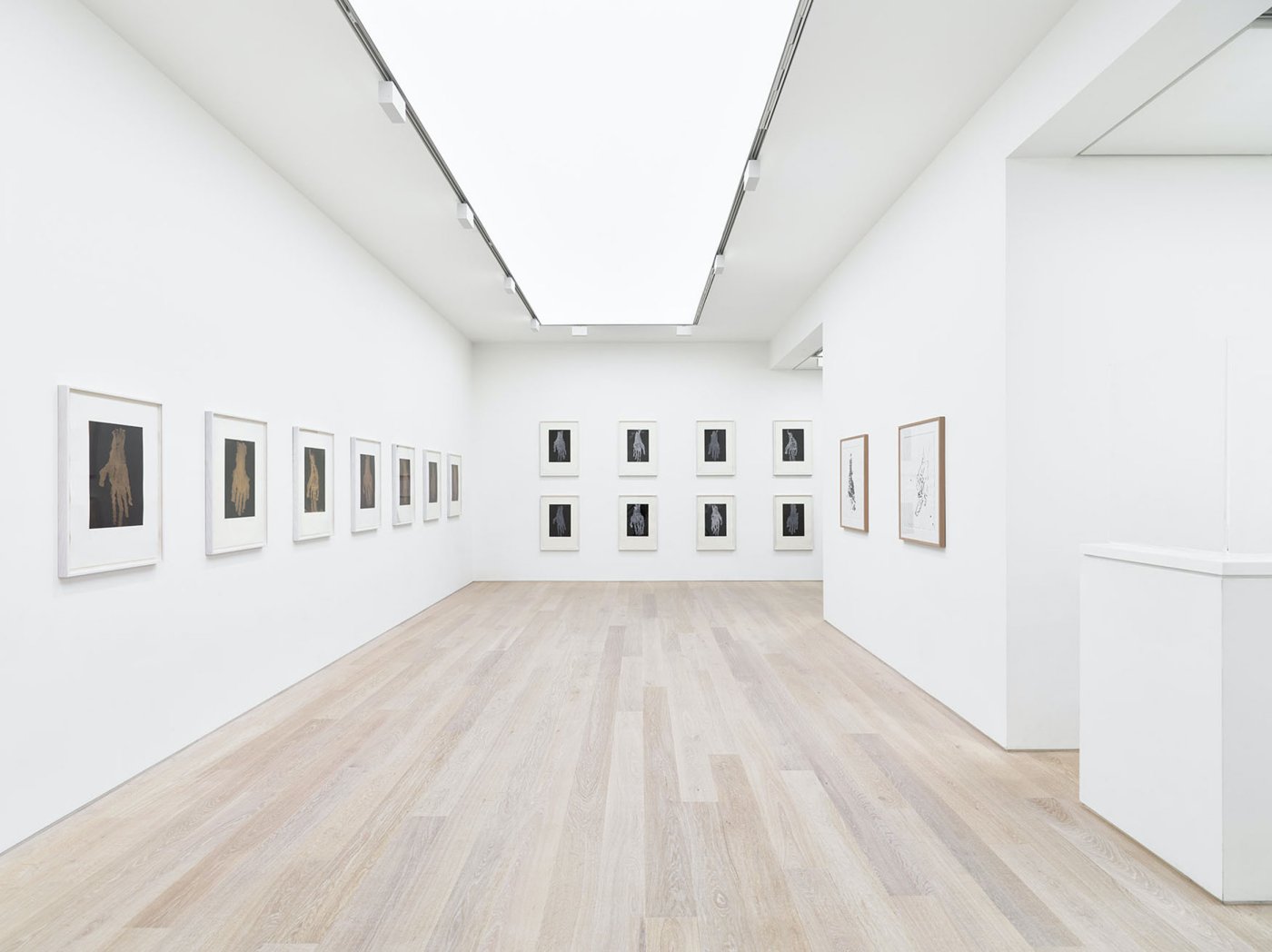 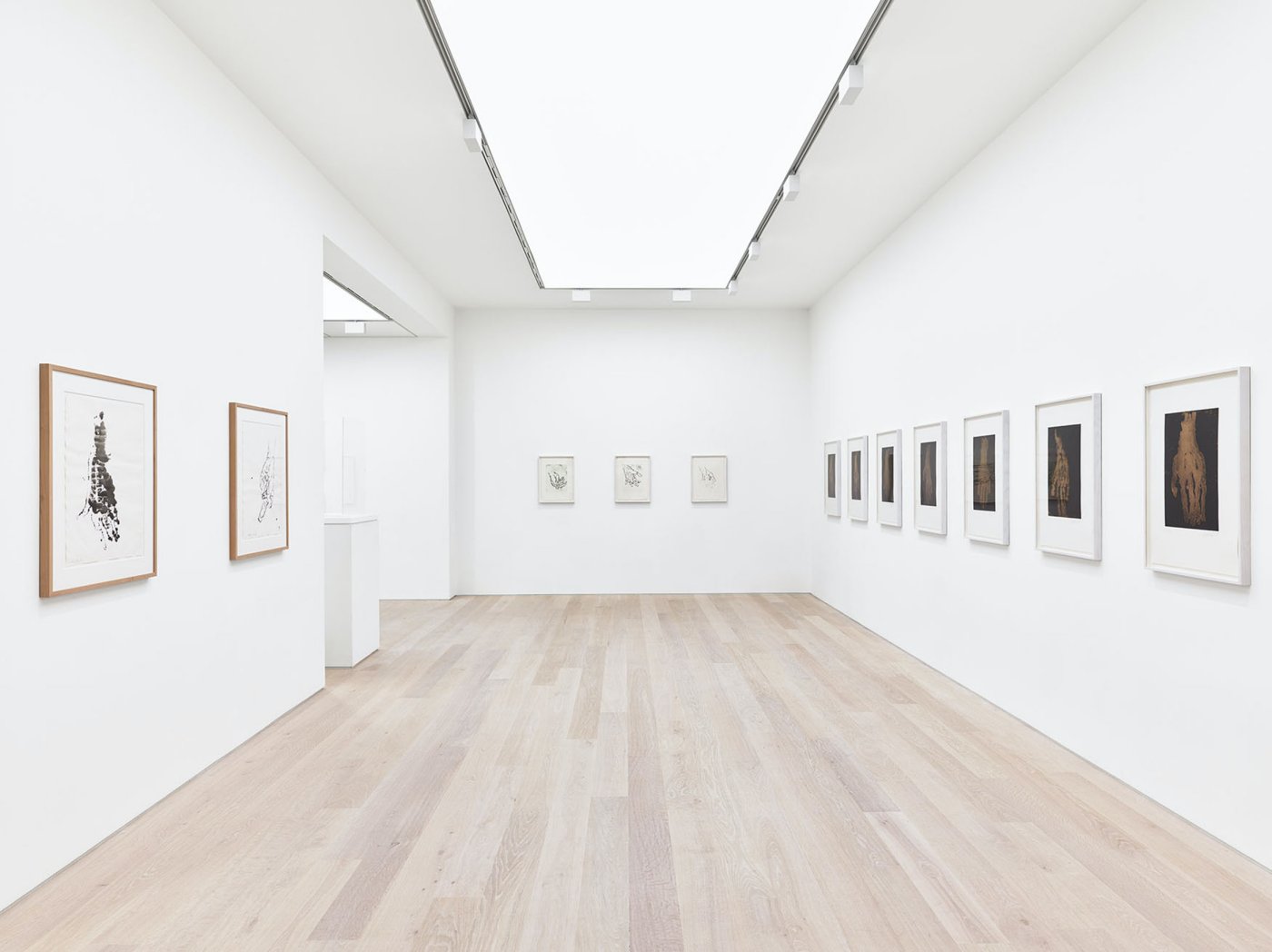 Hands focuses on two new series of prints that explore the subject of the hand. Estranged from the body, the hands writhe and twist, emerging in a series of renderings that form part of Baselitz’s ongoing survey of the human form, which has been at the forefront of his practice since the 1960s.

The first series, entitled Eine Hand ist keine Faust, 2019 – translated as A Hand is not a Fist – consists of 12 etchings, each depicting Baselitz’s hand clenching, pointing, grabbing and twisting. Gallery director David Cleaton-Roberts comments; “Each one is a delicate depiction of the artist’s own hand, drawn onto the copper plate in a variety of positions and each printed in one of three colours. The second project is comprised of two complementary suites of ten aquatints titled Mano – one group printed in gold and the other in white, depicting an abstracted representation of a hand, printed onto dense, dark backgrounds. The two suites show distinct and contrasting renderings of a hand, both haunting and powerful.”

The second suite of prints Mano (gold) and Mano (white), 2019, consisting of ten aquatints each, hover closer to abstraction as the hands, now more fragile and open, emerge from a dark background, appearing to loosen their grip. Hands showcases a pictorial device for which Baselitz has long been recognised, with all his images appearing upside down. For the past fifty years he has subverted traditional representations of the human form by upending his figure and its component parts. This inversion acts partially as a vehicle for Baselitz to remove focus from the narrative content so that he can explore the mark making itself.

Baselitz is a prolific printmaker and printmaking is as essential a part of his artistic practice as painting, drawing and sculpture. He uses a variety of intaglio techniques to realise these new works; having initially drawn and proofed the plates on his own etching press at his studio on the Ammersee, outside Munich, he then works with a master printer who pulls the final editions. Hands forms part of a wider project which includes paintings, sculptures and drawings, all on the same subject, which Baselitz began in 2019.

This will be the artist’s second solo exhibition at the Cristea Roberts Gallery, which represents the artist for his original prints. The exhibition is accompanied by a fully illustrated catalogue with a text by David Cleaton-Roberts and an essay by psychoanalyst and author, Darian Leader.