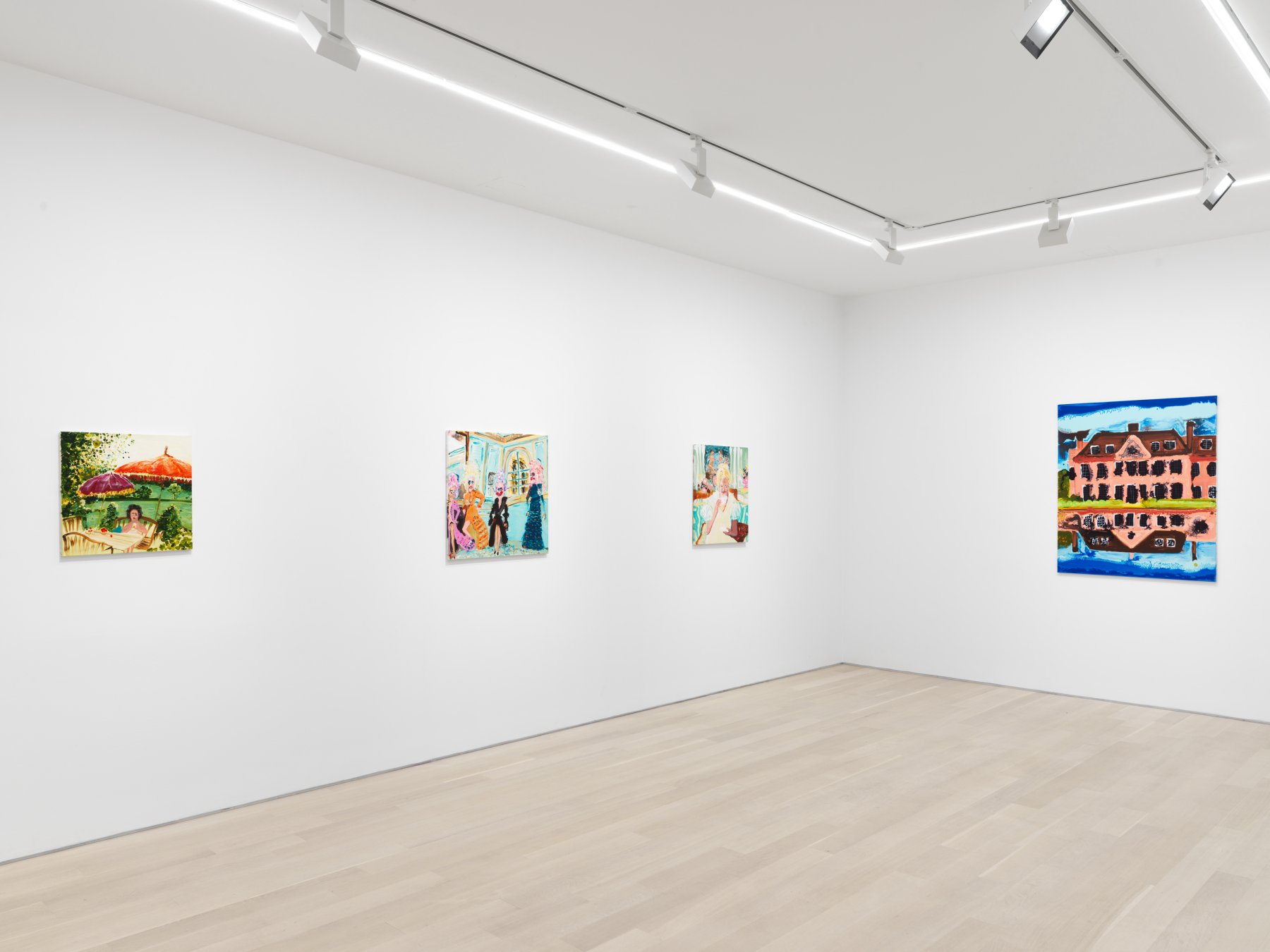 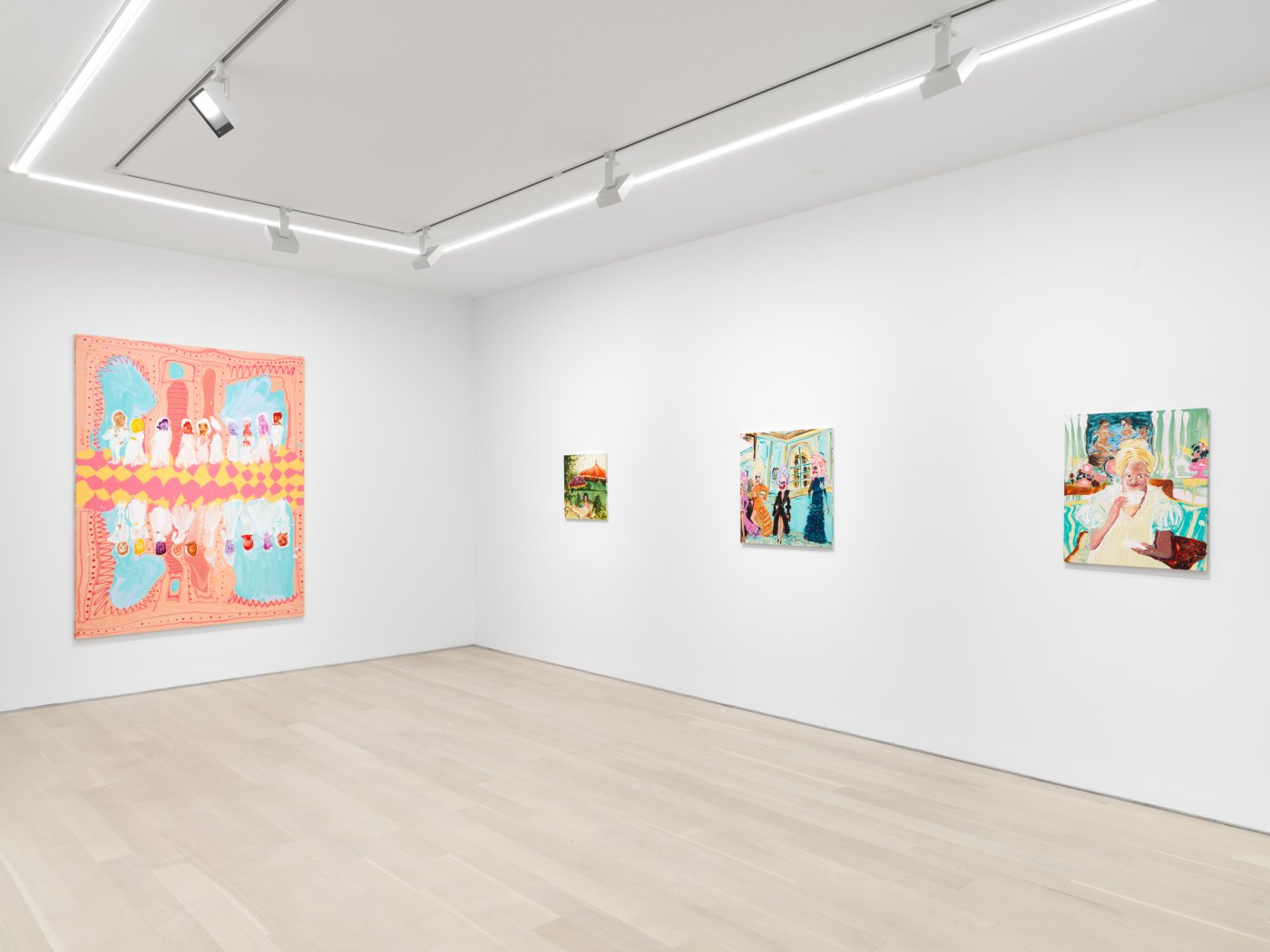 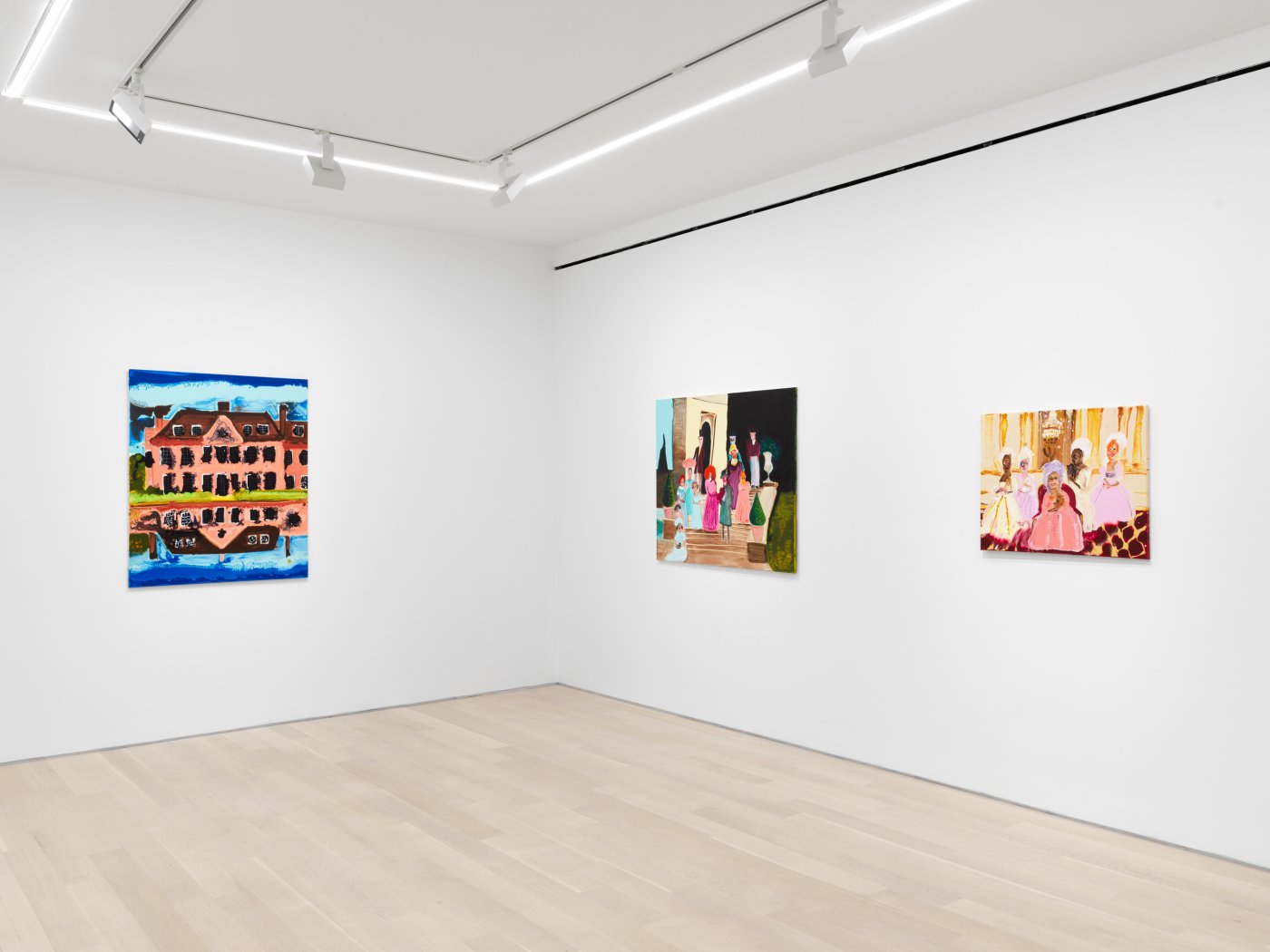 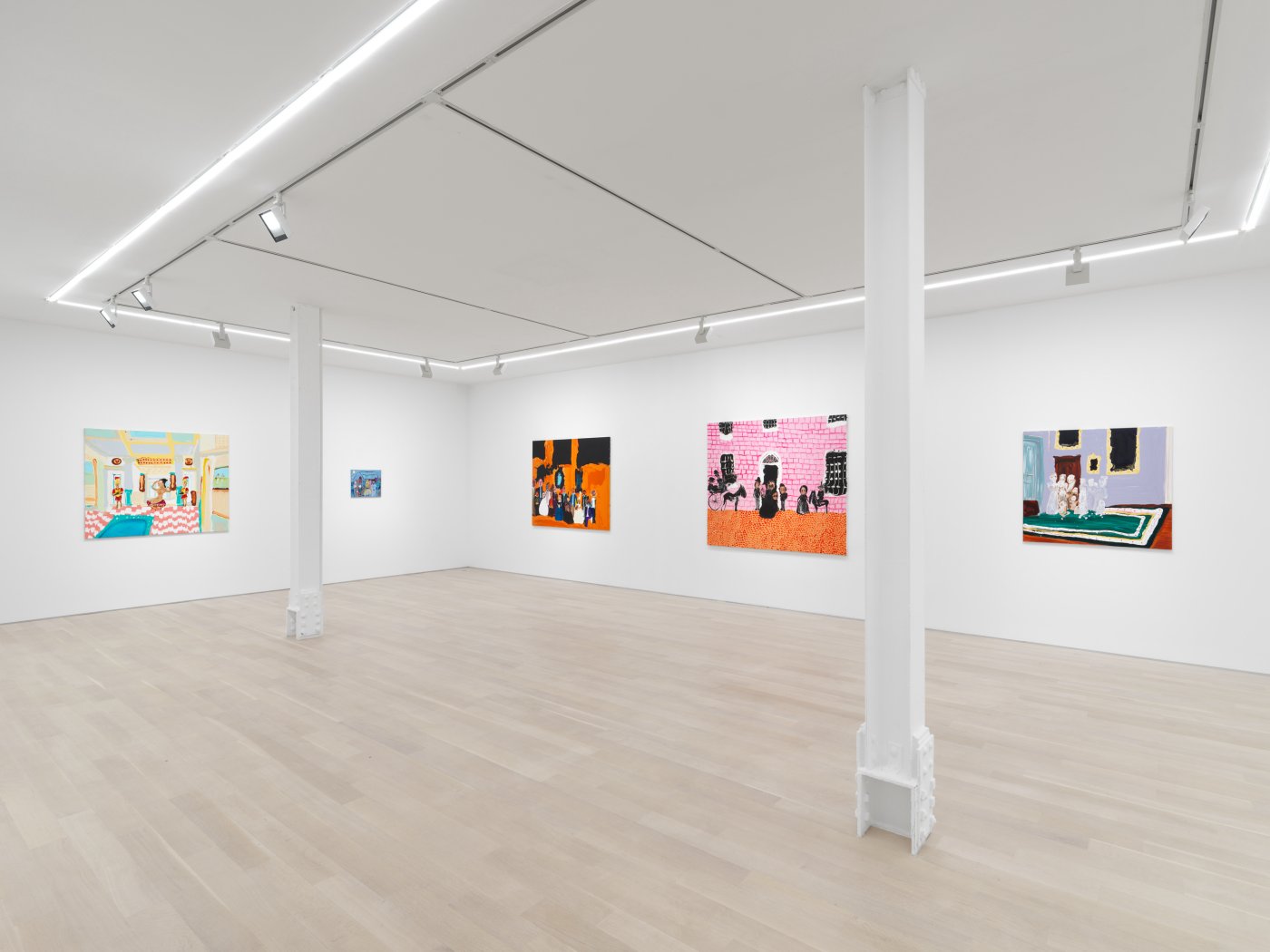 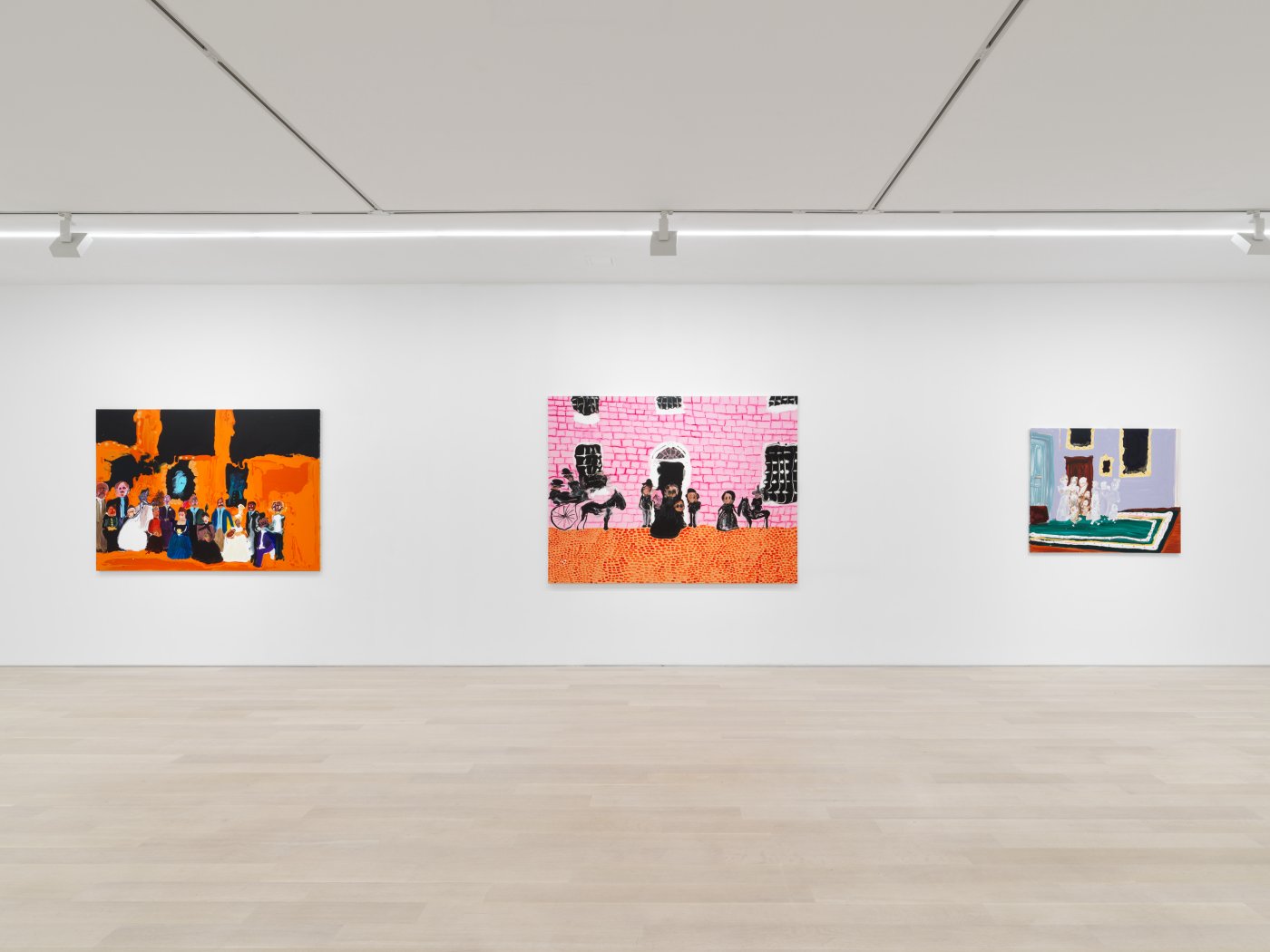 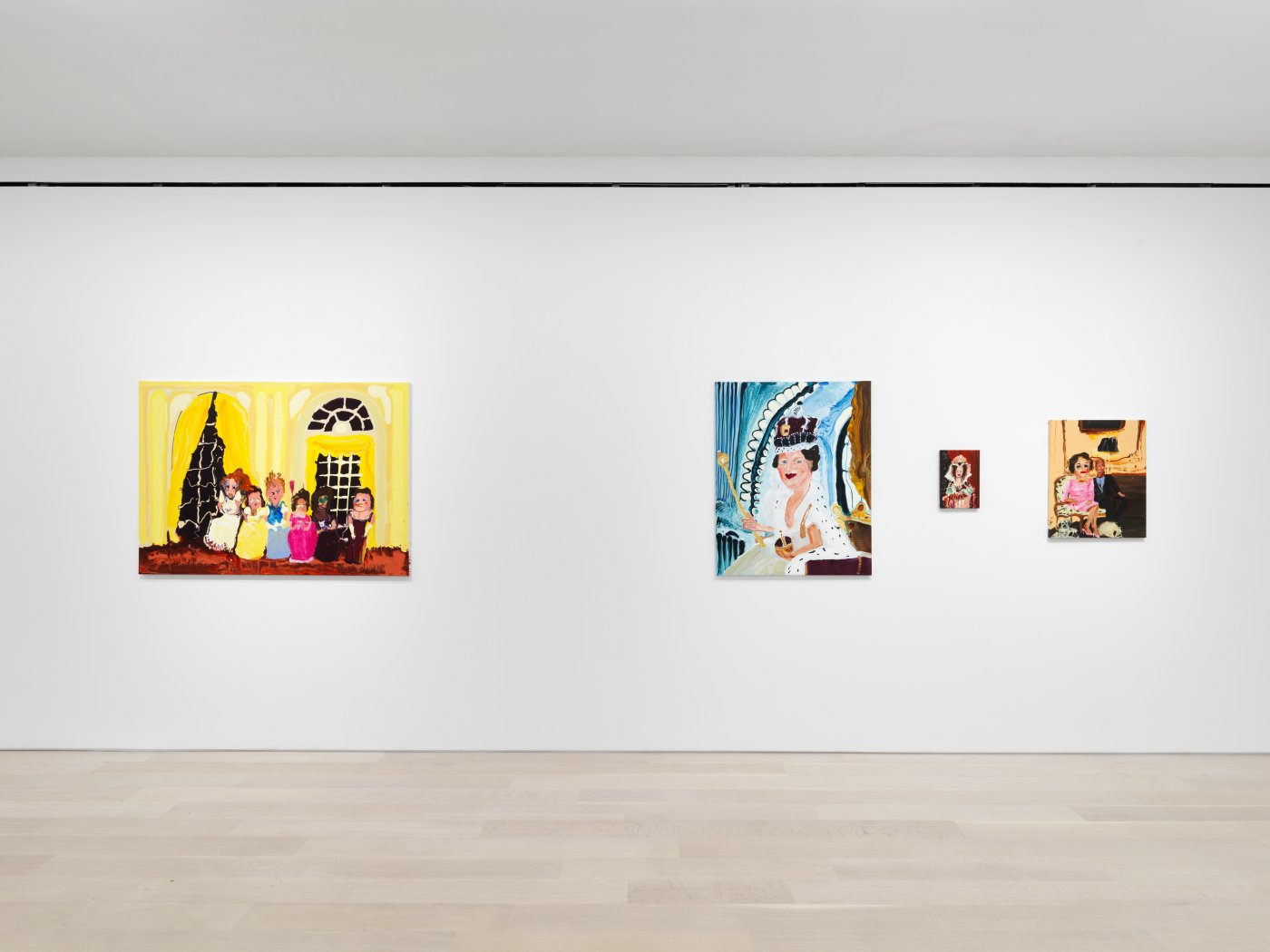 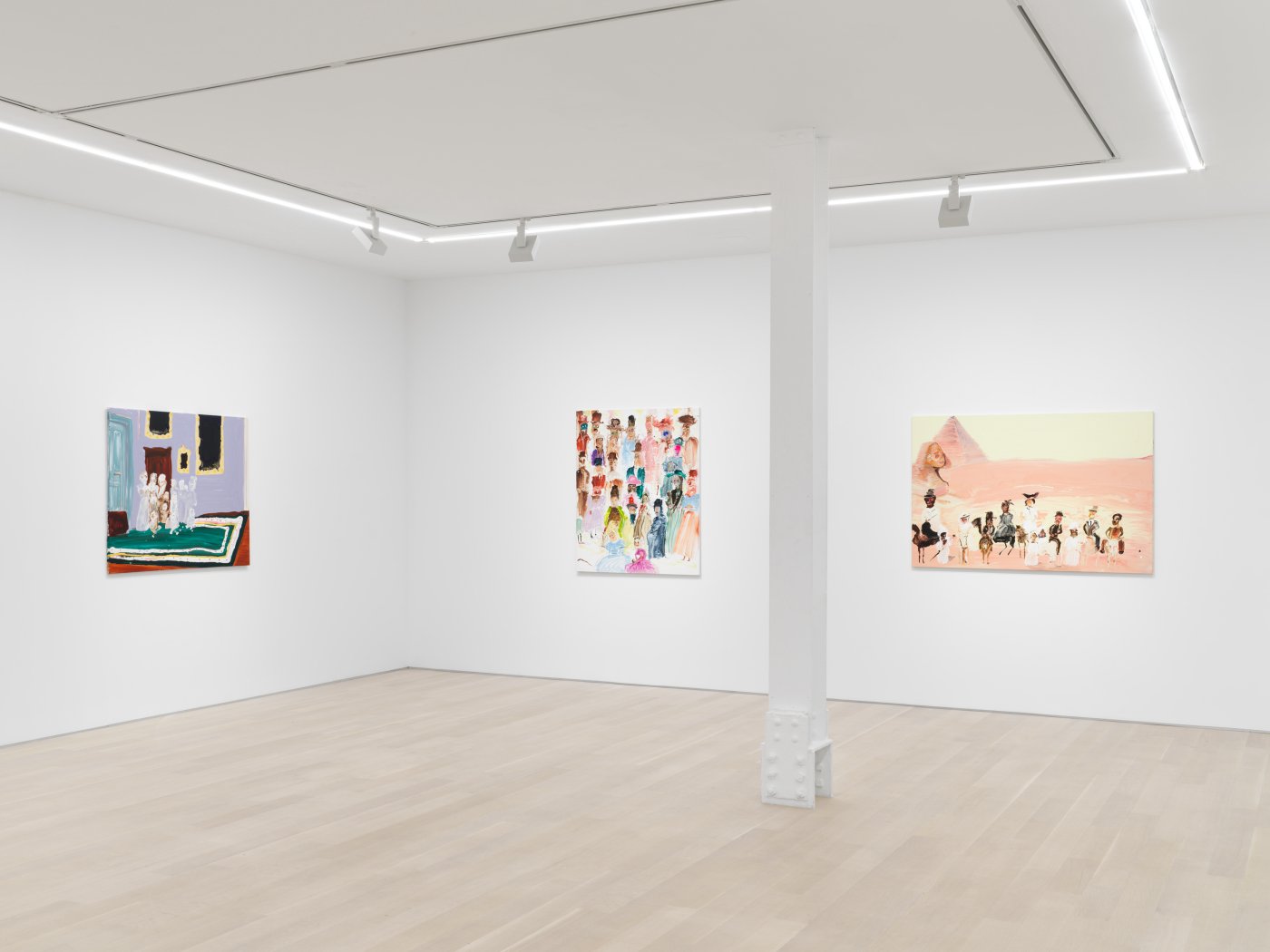 Figgis presents the history of painting as an ongoing conversation, reworking, reimagining and re-contextualising the content and composition of historic works in a very personal way. Rococo painters such as Jean-Honoré Fragonard and François Boucher are recurrent visual references. She creates what she describes as “cover versions” of their work. There is a clear delight in the artist’s process of recreating the narratives, fashion, interiors and characters in her source paintings. Yet like a new version of a play or a film, Figgis imbues these painted scenes with her own personality. Everyone version becomes a unique take on the original, with its own sense of meaning. The artist gets to insert herself within the work and take part, rather than observe from a distance. She gets to step inside the world that fascinates her, and takes the viewer with her.

Colour is as playful and boundary pushing as her approach to history. Her works are often brimming with acid turquoise and bubble-gum pink, sitting against confectionary like creams and chocolates. The faces of her figures sometimes are reduced to a mere smiley, a slash of red for the mouth, oversized googly eyes above. At times this makes her work appear ghostly with an undercurrent of the gothic. She often depicts aristocrats and royalty; the current British monarch, Queen Elizabeth II, is a regular theme, for example. Yet her work is not pure idolatry, but raises wry questions about social structures. She takes on history painting and is unafraid of presenting images of groups, clustered together in her posed scenes. Narrative is everything here, and her influences range from the dramatic take on worship within the Irish Catholic church as much as the writing of Antonia Fraser, Elizabeth Chadwick and Jane Austen. Yet, here a sense of history and epic drama is seen through the gaze of the contemporary. Her characters perform for the viewer as if on a stage.

The artist’s technique has a sense of irreverent freedom, which is also a shift from the historic into a very modern point of view. She works flat, pouring acrylic paint on canvases. Her approach of adding pigment somehow defies gravity and has a sense of freedom. Her process itself has a sense of performance. Her use of paint has a sense of excess. The canvases, whether intimate or large scale, appear tactile and fluid. Like the nudes that often appear in her canvases – as on the walls of any National Gallery – Figgis’ work is deliciously fleshy. Figgis creates satirical narratives filled with sugar and cream. After viewing her work, European history can never be seen quite as seriously again.