Simon Lee Gallery, Hong Kong presents an exhibition of new works by Gary Simmons, comprising drawings and a painting, which continue the artist’s ongoing exploration into the politics of race and identity through his signature ‘erasure drawings’. 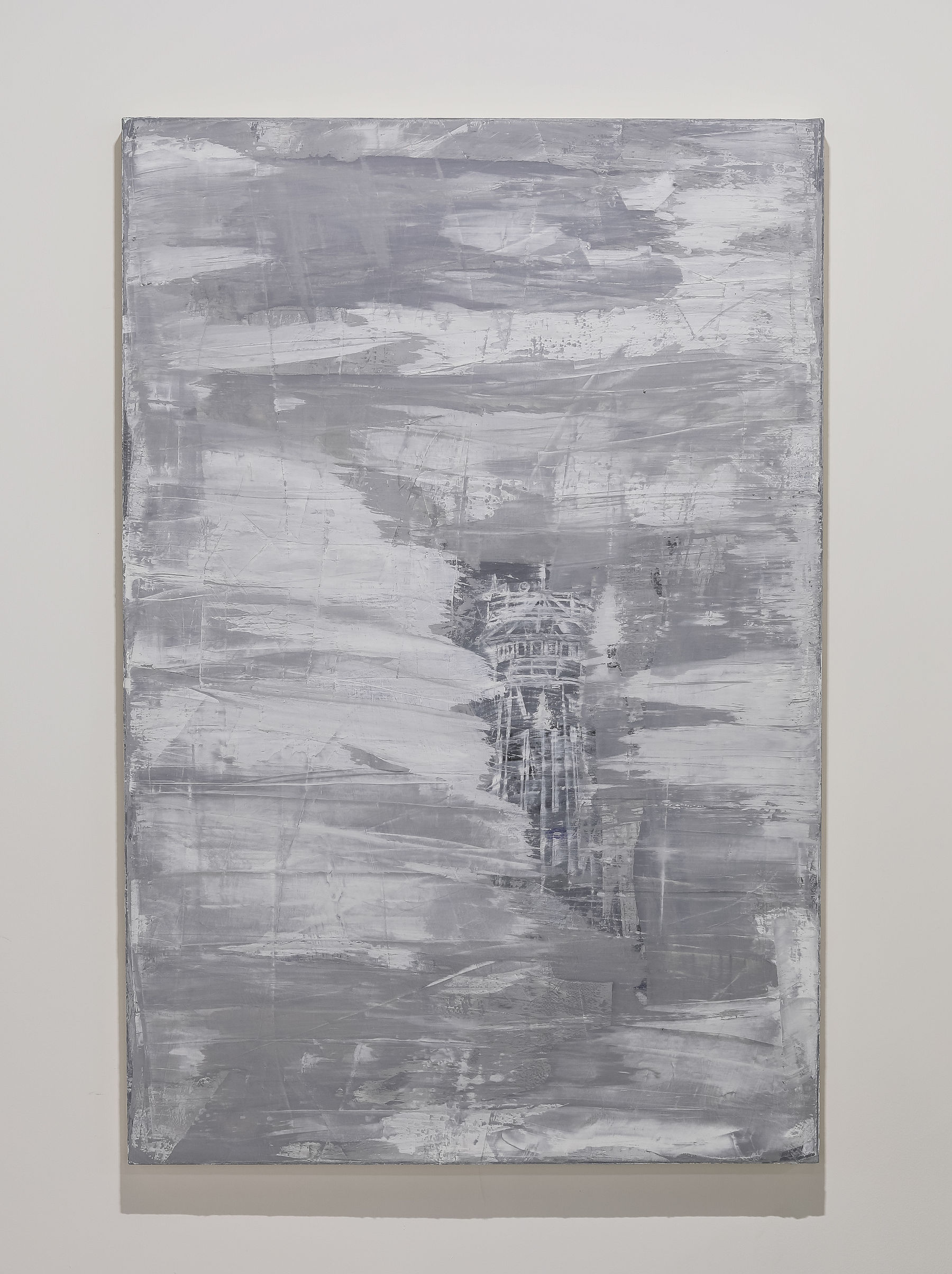 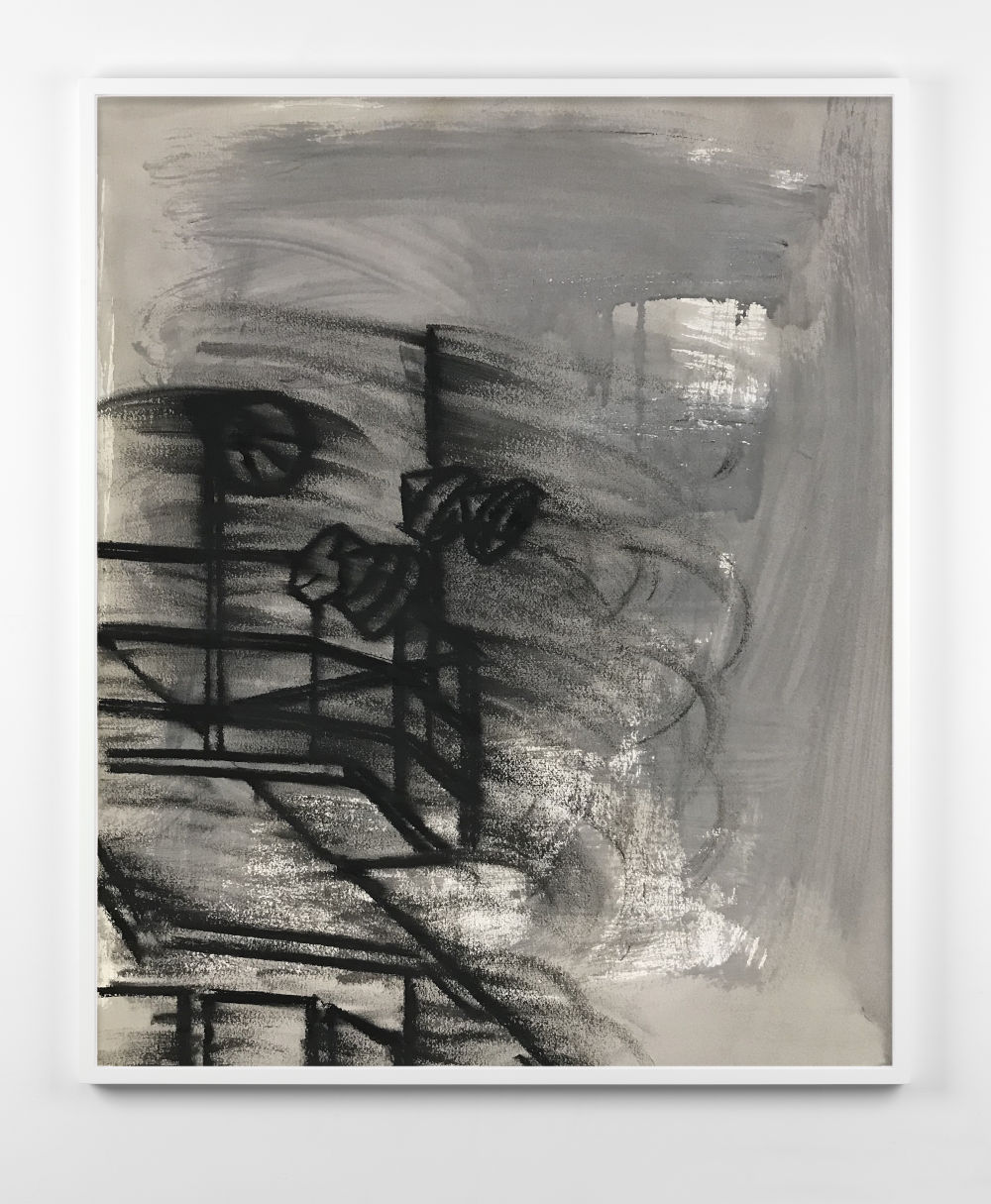 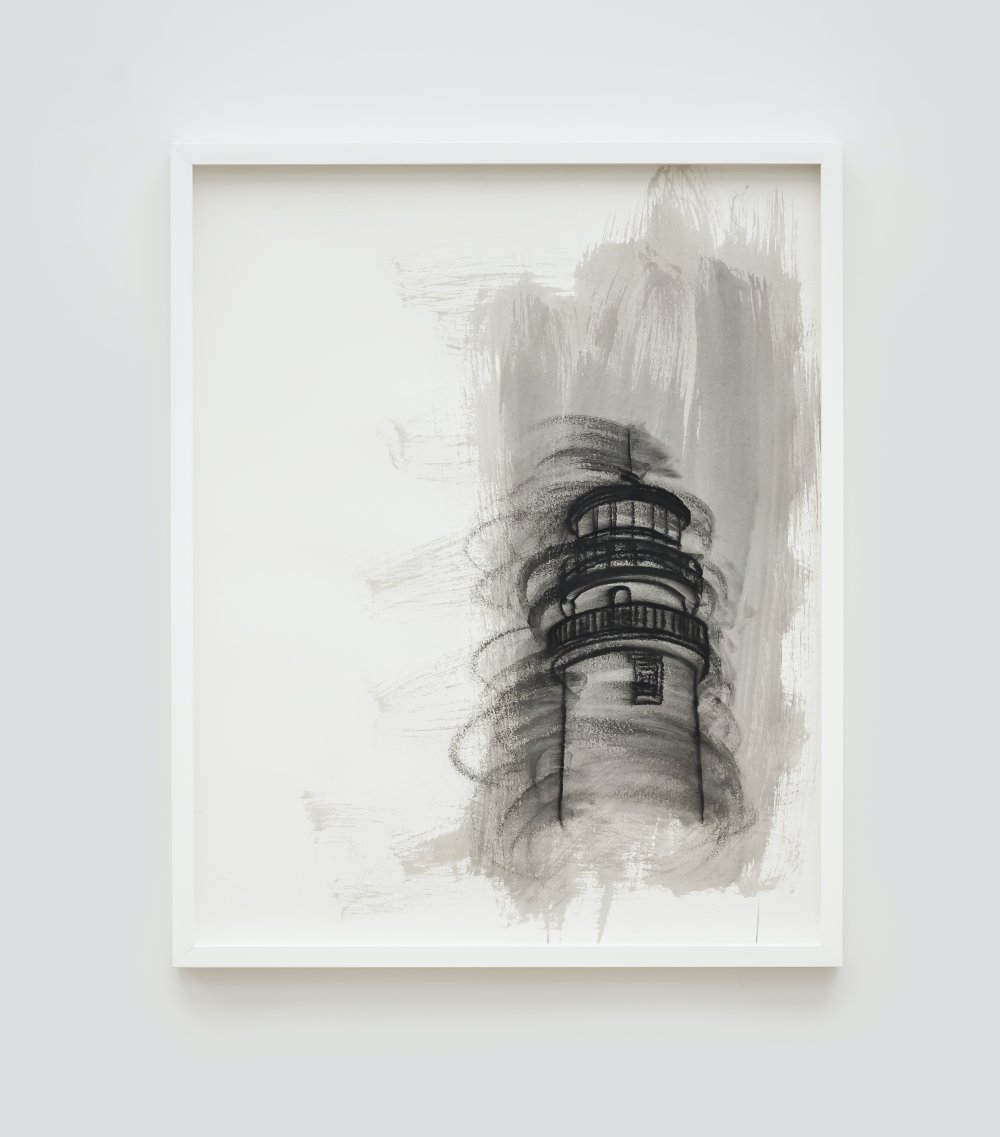 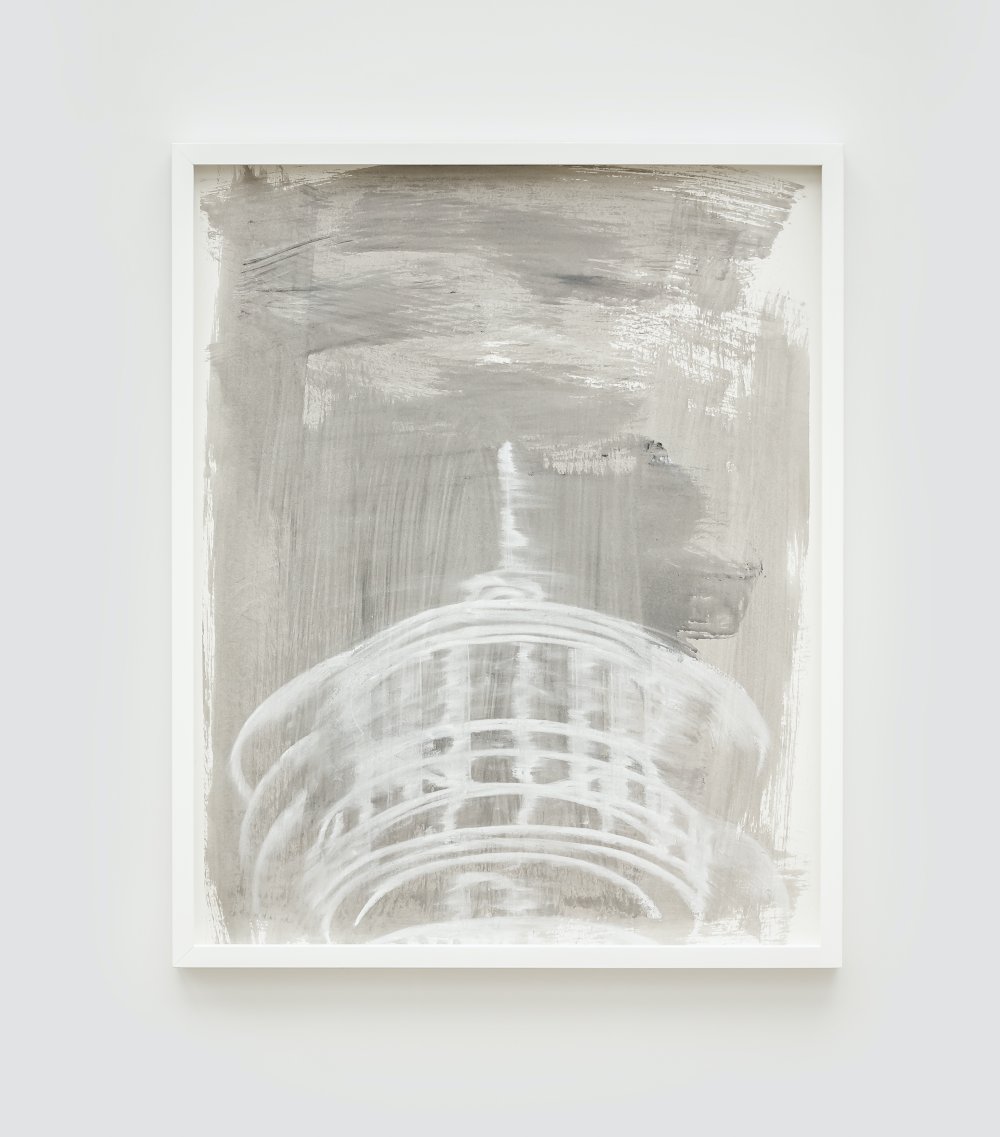 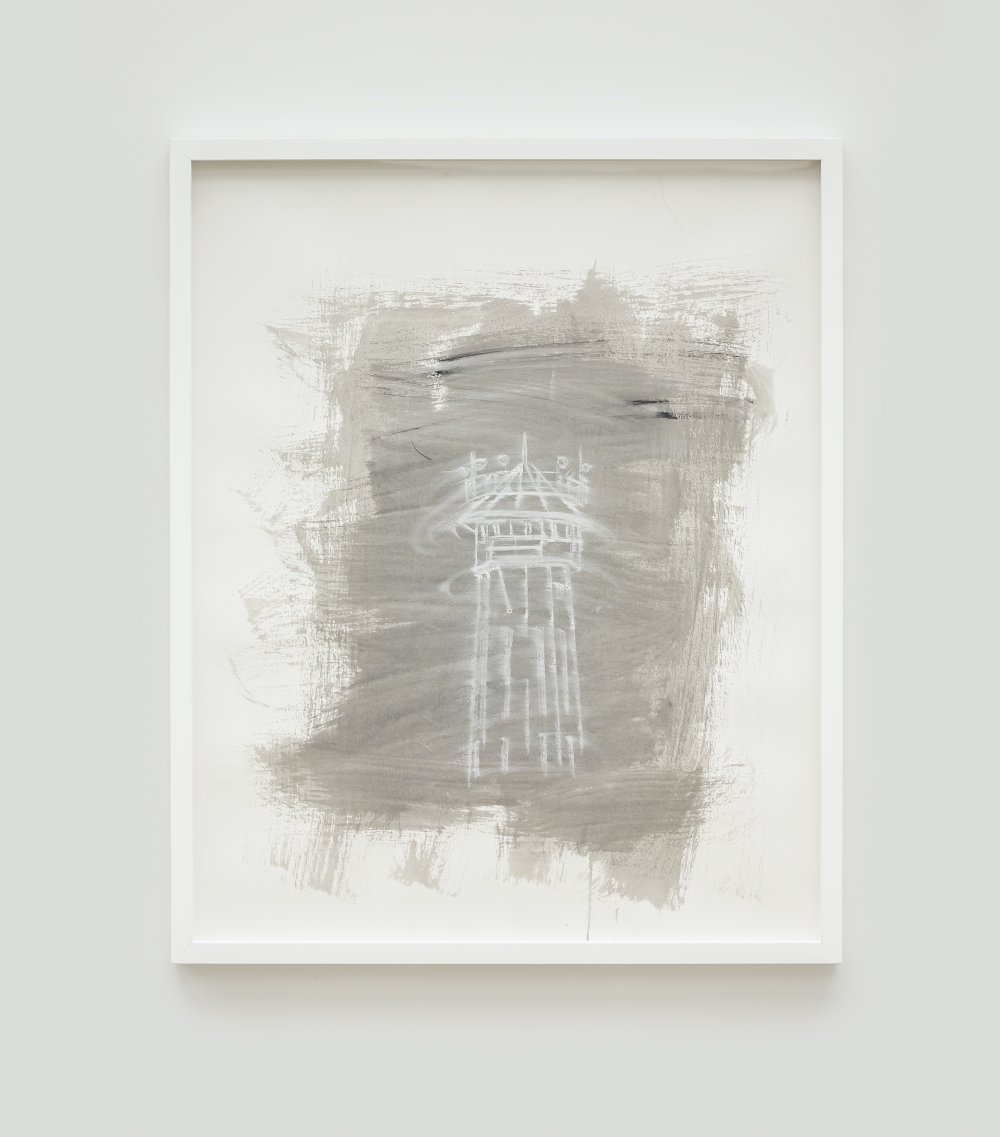 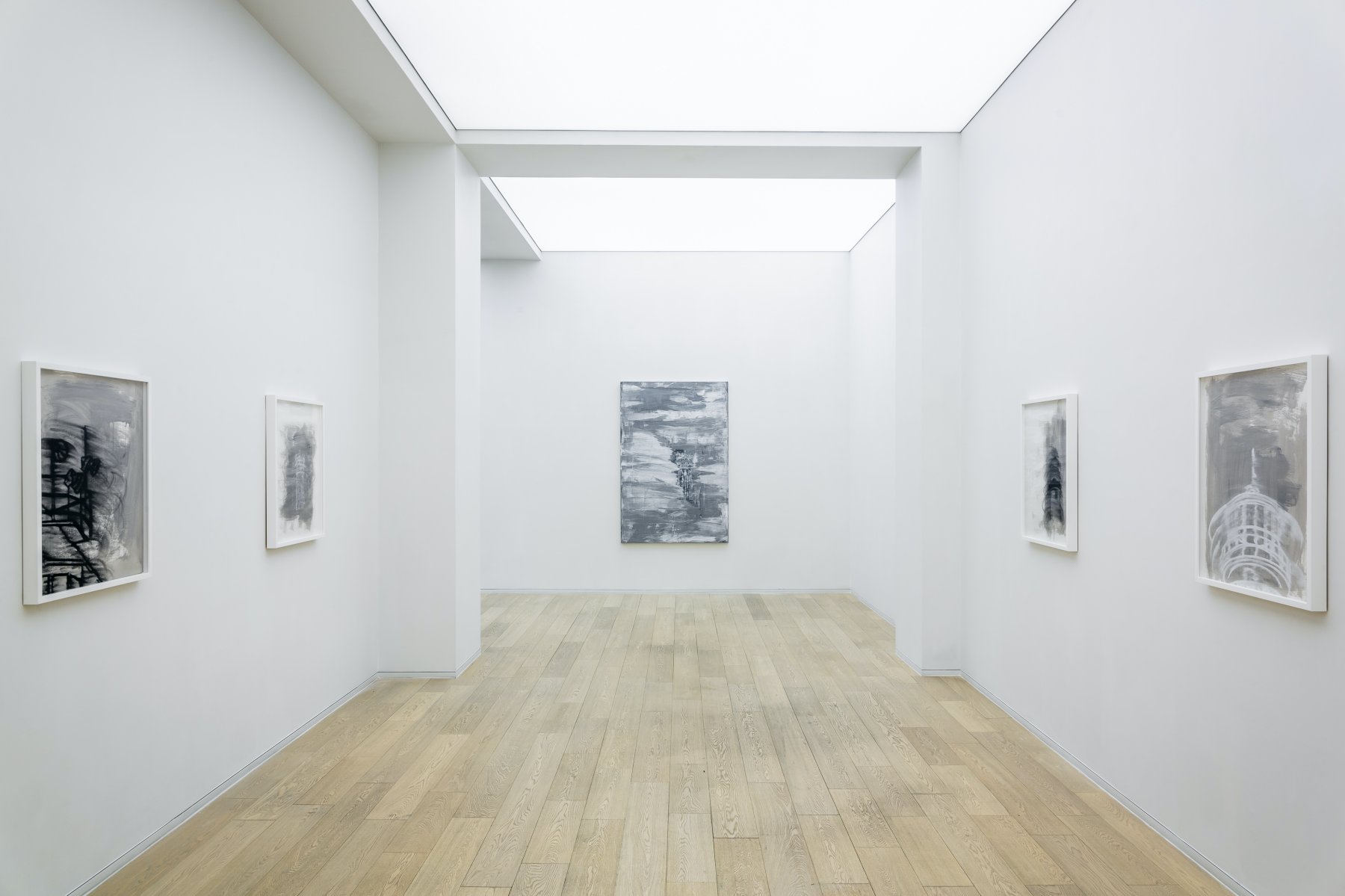 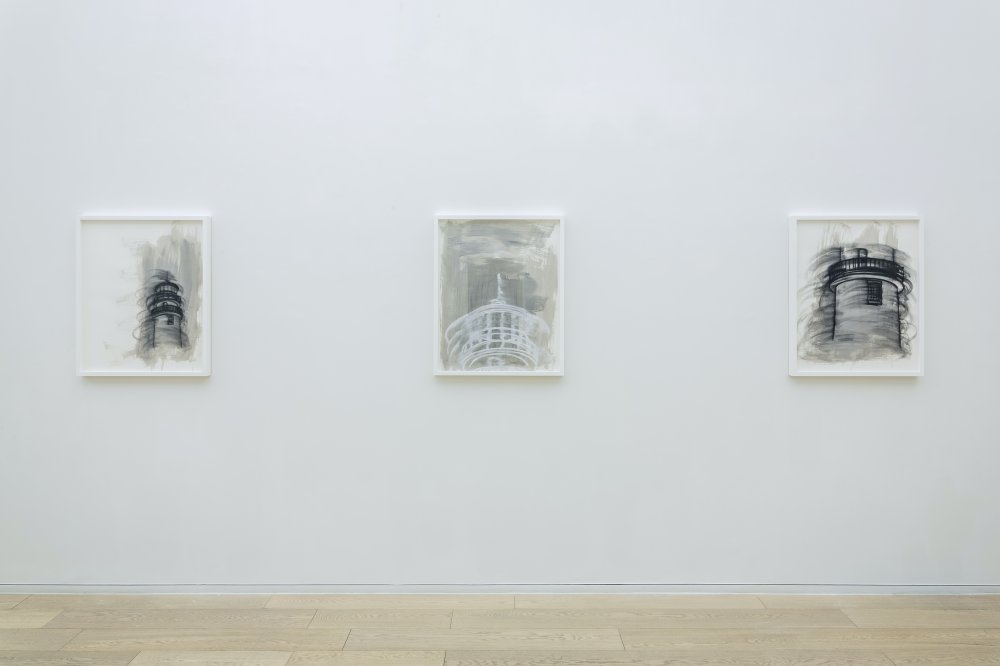 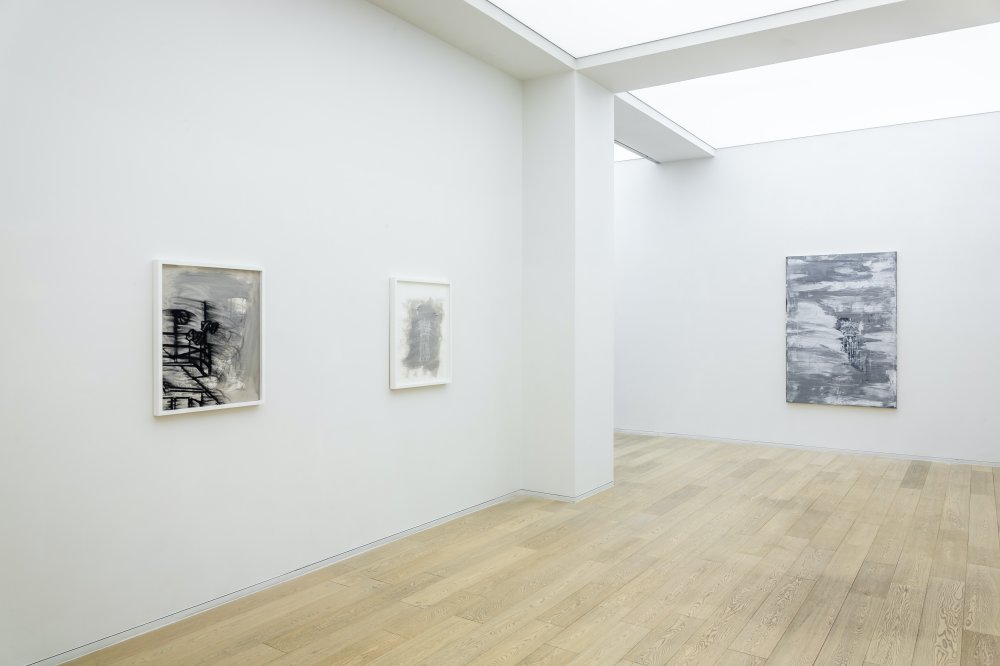 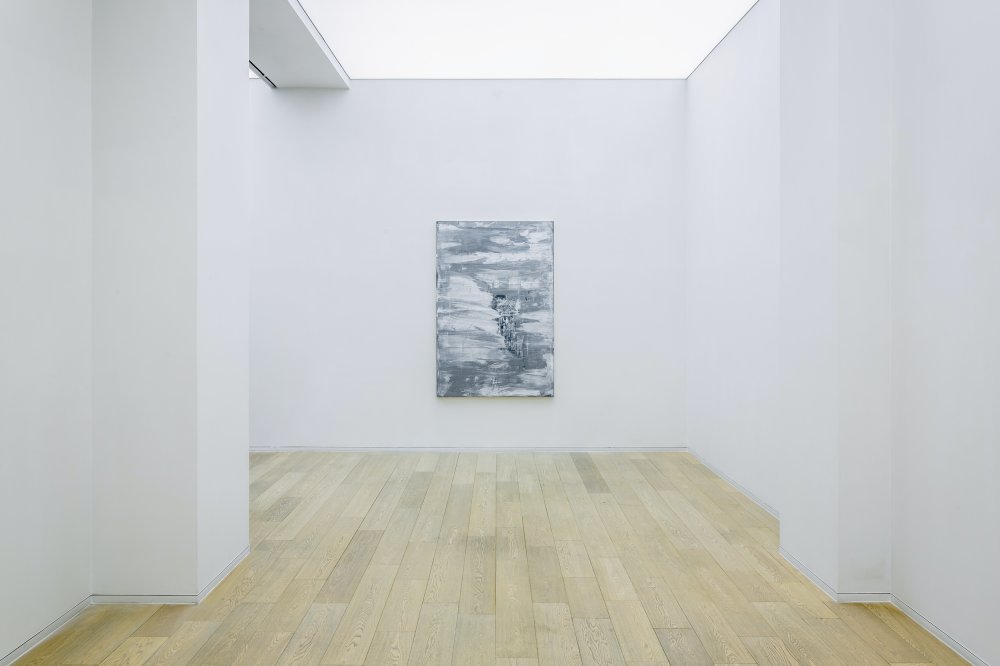 In this new series, Simmons positions seemingly benign images of lighthouses and watchtowers in comparison to one another in terms of function and as metaphors for surveillance in the US. Alternately symbols of hope and oppression, the light house acts as a point of arrival and an emblem of safety, while conversely, the watch tower is a metaphor for the omnipotent hand of the law and a revealing symbol for the American prison system. While the act of erasure renders the imagery ghostly and uncertain, the viewer is nonetheless struck by the clear divergence between looking to a light house and being surveyed from a watch tower. These arresting works cast a light on the deep-rooted issues surrounding inequality and race in the US, and implicate the artist and viewer in this struggle.

These works examine the ways in which we attempt to reconstruct the past via personal and collective memory. Simmons delves into his own archive of imagery in order to retrace his personal history while at the same time demonstrating the impossibility of eradicating racial and cultural stereotypes from our shared conscience. The grey palette, paying subtle homage to Gerhard Richter, Robert Rauschenberg and Jasper Johns, is an ironic wink at Simmons’ own inclusion in the art historical canon, recalling also the chalkboards used in his first erasure drawings in the 1990s. For Simmons, the act of erasure reflects on black social and cultural narratives, providing a means by which to retrace, reclaim and reconstruct African American histories. As evidenced by this series of new works and the persistence of Simmons’ haunting and melancholic imagery, erasure is insufficient in destroying deeply embedded stereotypes.

Gary Simmons was born in 1964 in New York, NY and lives and works in Los Angeles, CA. He received a BFA from the School of Visual Arts in New York, NY in 1988, and an MFA from the California Institute of the Arts in Valencia, CA in 1990. Simmons first rose to public attention when his work was included in the 1993 Whitney Biennial and a year later, in Black Male: Representations of Masculinity in Contemporary American Art curated by Thelma Golden, also at the Whitney Museum of American Art, New York, NY. Recent solo museum exhibitions include Fade to Black, California African American Museum, Los Angeles, CA (2017); Recapturing Memories of the Black Ark, Southern Exposure, San Francisco, CA (2017); Gary Simmons: Ghost Reels, The Drawing Centre, New York, NY (2016); Gary Simmons: Culture Lab Public Projects, Culture Lab Detroit, Detroit, MI (2016); Gary Simmons, Pérez Art Museum Miami, Miami, FL (2014) and Focus: Gary Simmons, Modern Art Museum, Fort Worth, TX (2013). In 2015 he was included in both All The World’s Futures at the 56th Venice Biennale, Venice, Italy and Sharjah Biennial 12: The past, the present, the possible at the Sharjah Art Foundation, Sharjah. Simmons is the recipient of several major awards, including the the Joyce Alexander Wein Prize awarded by the Studio Museum in Harlem (2013); the USA Gund Fellowship awarded by the Gund Foundation (2007) and the National Endowment for the Arts Interarts Grant (1990).

Courtesy the artist and Simon Lee Gallery. Copyright of the artist