Simon Lee Gallery presents an exhibition of new work by Los Angeles-based artist, Gary Simmons. This is his fourth solo exhibition with the gallery. 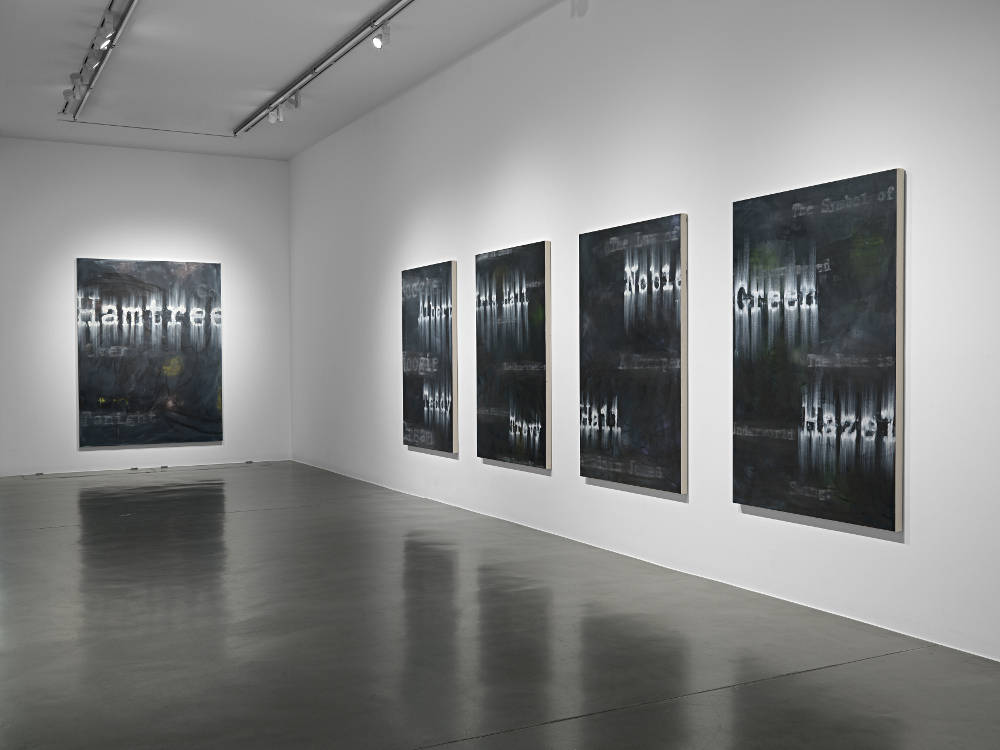 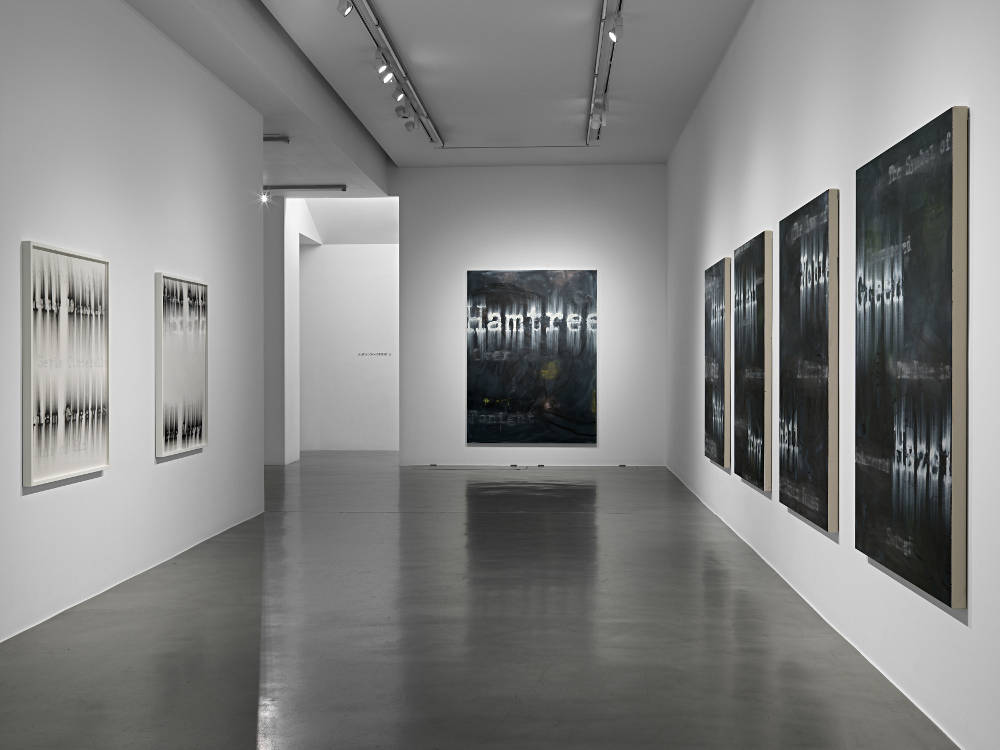 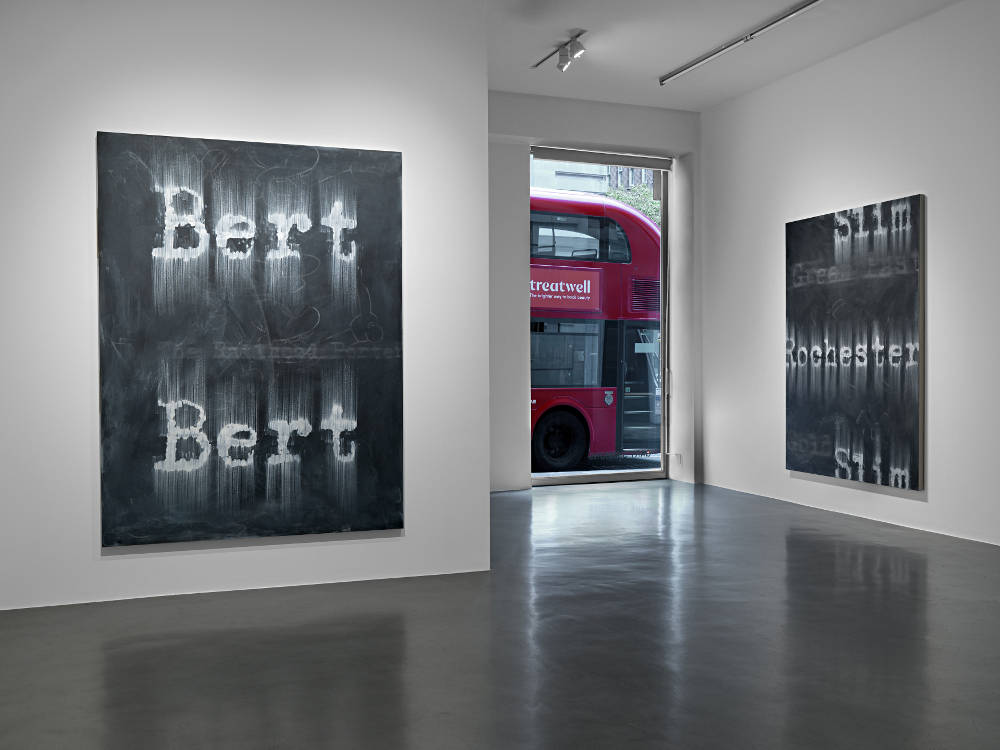 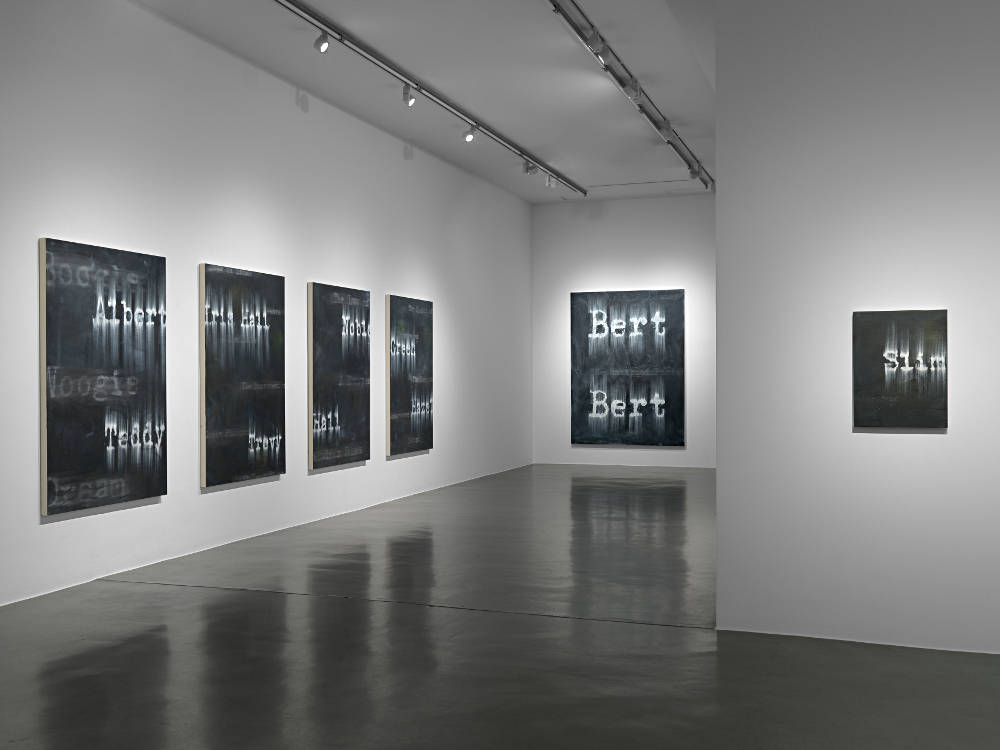 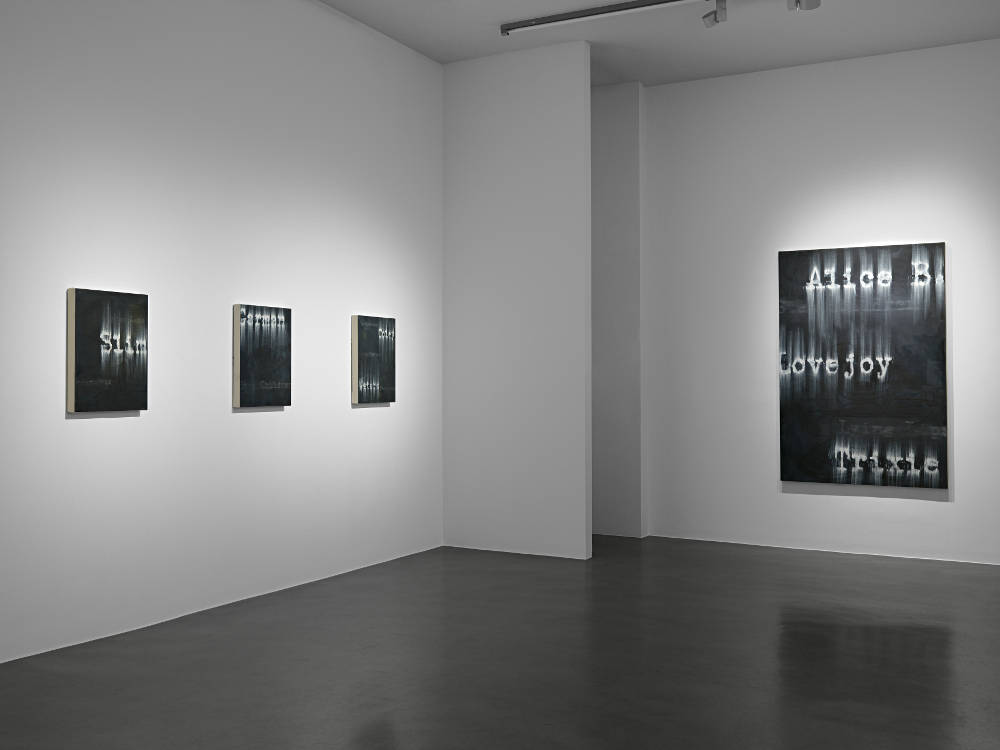 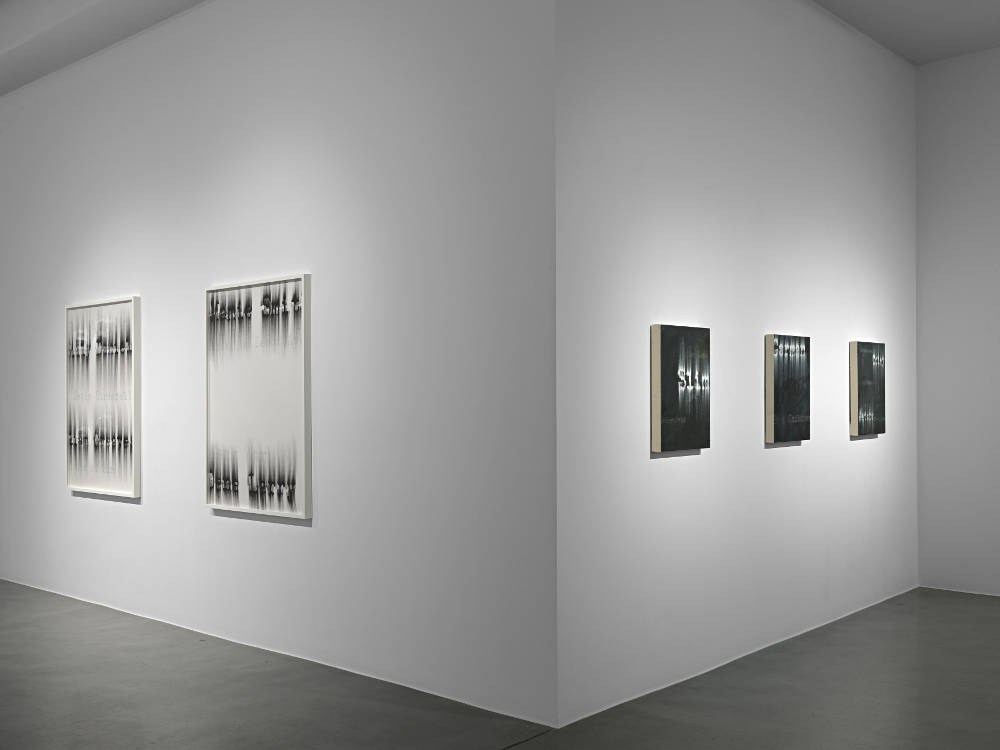 Across his wide-ranging practice racial, social and cultural politics have been central themes and continue to occupy this recent series of the artist’s signature ‘erasure drawings’. Since the early stages of his career, Simmons has used the act of erasure as a means by which to interrogate racial identity and oppression in America. In these new monumentally-scaled works, he depicts the names of African-American actors of the silver screen alongside the titles of the silent films and early ‘talking pictures’ in which they starred. Towering over the viewer as though cinema screens themselves, each work is crafted over time with washes of grayscale pigment that evoke the wiped-clean slate of a blackboard. At centre stage, the oft-forgotten names of black screen actors are illuminated in glowing white paint, while the titles of the films recede into the background, smudged almost to oblivion. In works such as Hamtree (2018) – which shines a light on the long-forgotten vaudeville and burlesque performer, Hamtree Harrington – the atmospheric surface of the work is underlain with the ghostly outline of one of the racially-charged crow cartoon characters from Disney’s 1941 animation, Dumbo: a recurring motif in Simmons’ work. The haunting presence of the crow exposes racial stereotyping within the history of cinema, while drawing attention to its troubling position within our collective cultural memory and its role in the construction of contemporary America.

Simmons began working on his ‘erasure drawings’ in the late 1980s. At the time, his studio was in an abandoned school in New York, which was littered with blackboards. In these works Simmons uses his hands to blur white chalk on pigmented panels, leaving a spectral residue that evokes a sense of loss while simultaneously conveying the power of memory. While text and image is obscured and abstracted in these works, they remain nonetheless visible – a part of the work’s intricate facture – in the same way in which issues of race continue to pervade contemporary society. In this way, for Simmons, the act of erasure is a reflection on black social and cultural narratives, providing a means by which to retrace, reclaim and reconstruct African American histories. He observes, ‘The chalkboard is a surface for learning and unlearning, teaching and unteaching, and thus a great object to work with because it plays such a powerful role in the way our formative memories are constructed’.