GRIMM presents Mile, a solo exhibition of new paintings by the London-based artist Gabriella Boyd. This is Boyd’s first solo exhibition with GRIMM since the gallery announced representation of the artist earlier this year. 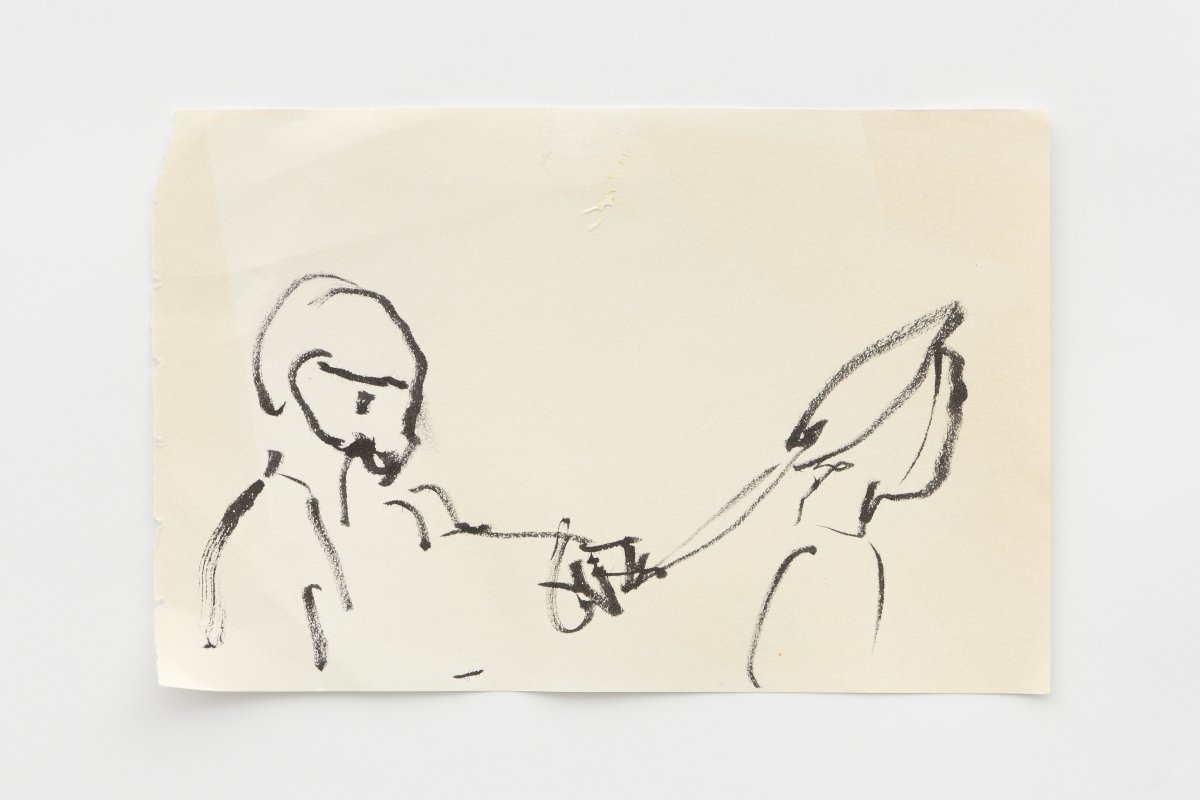 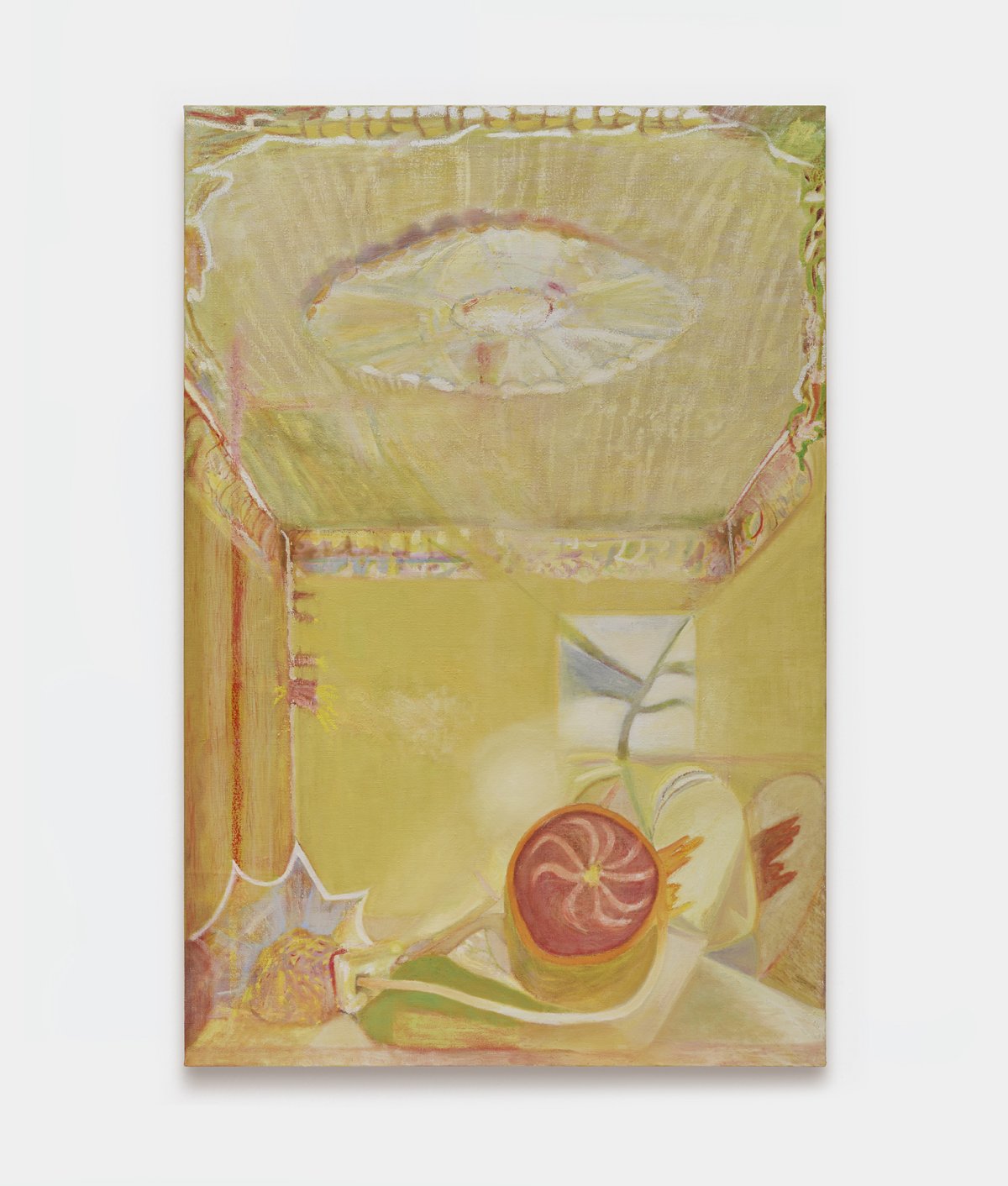 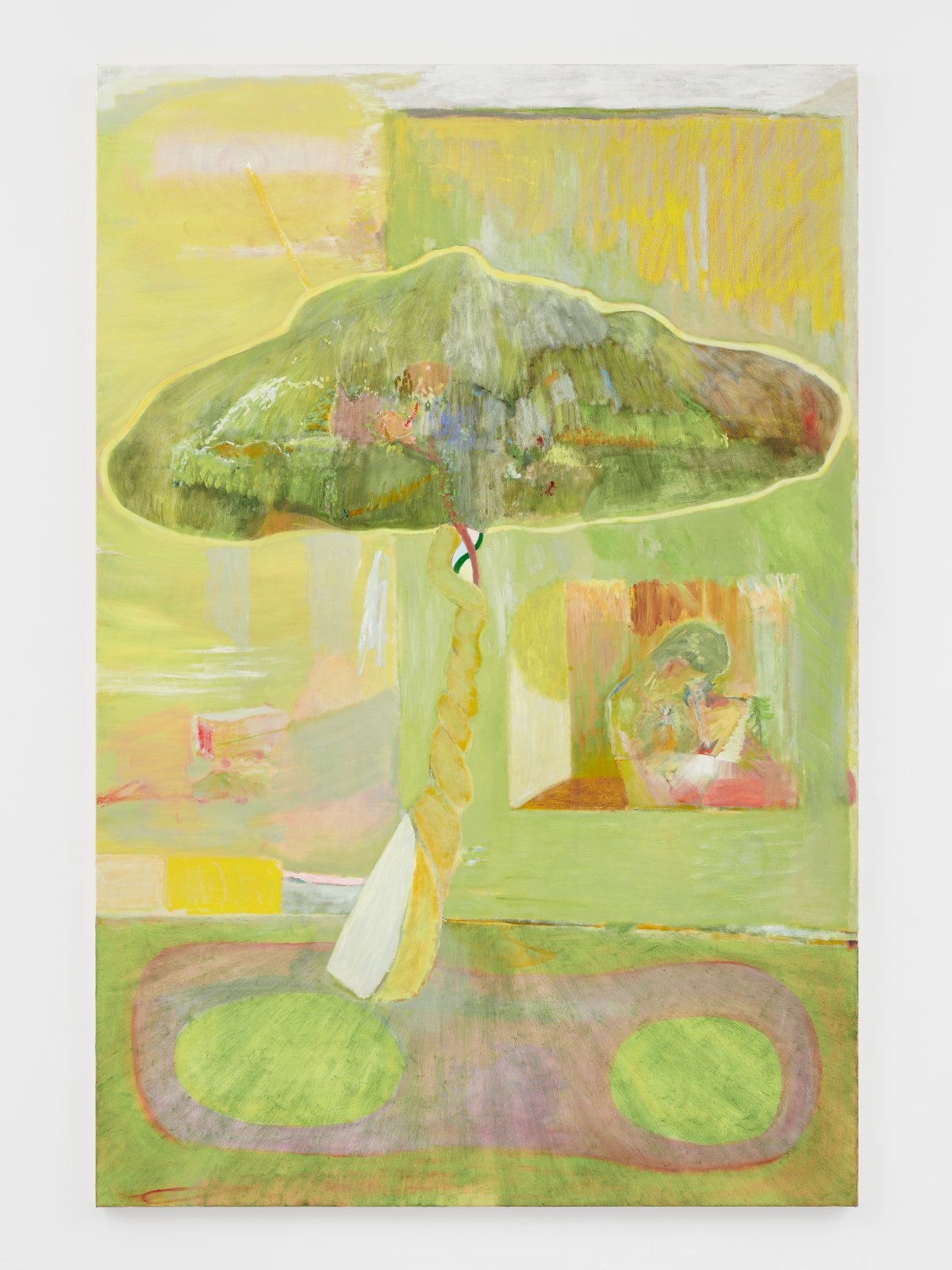 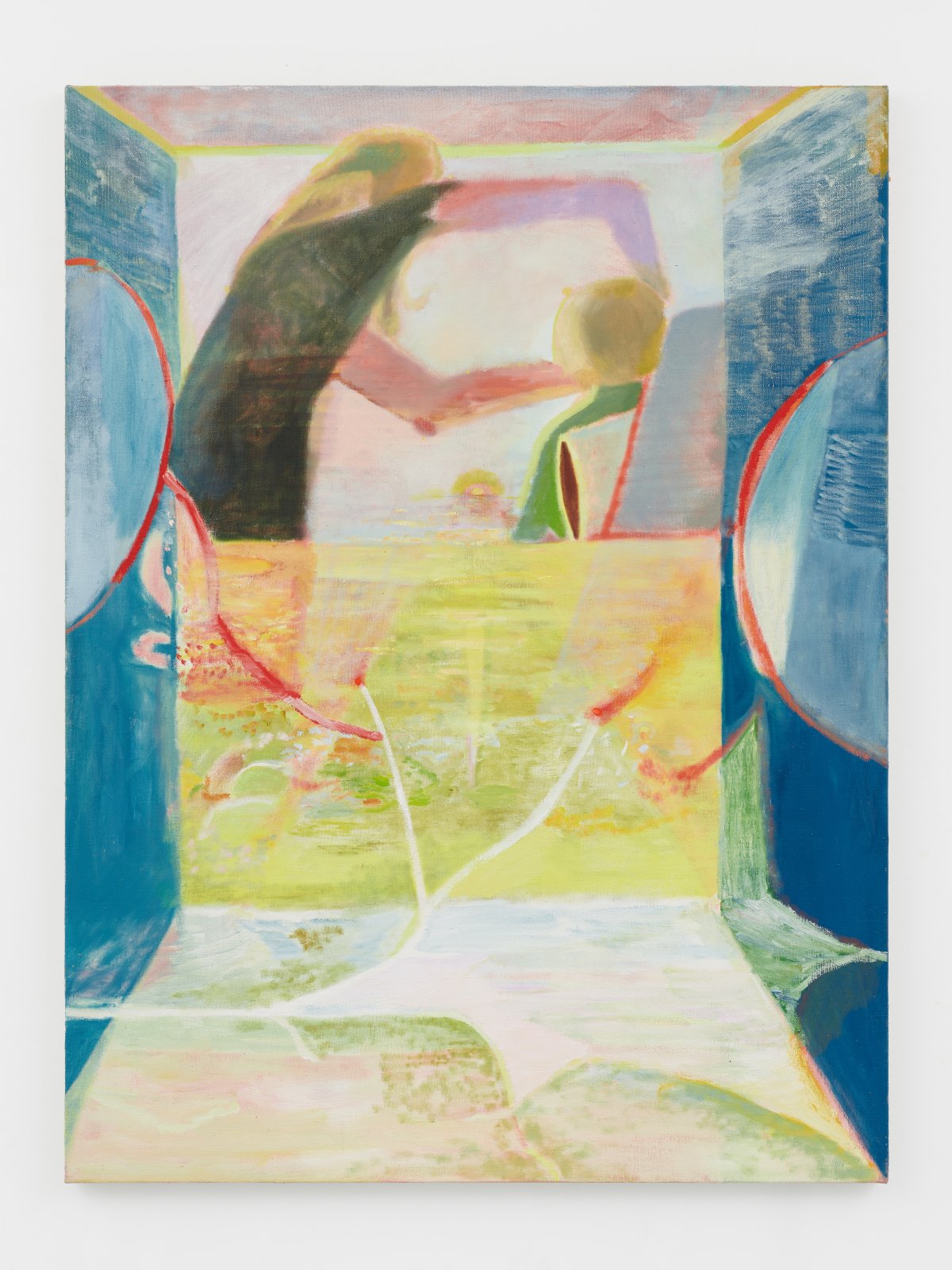 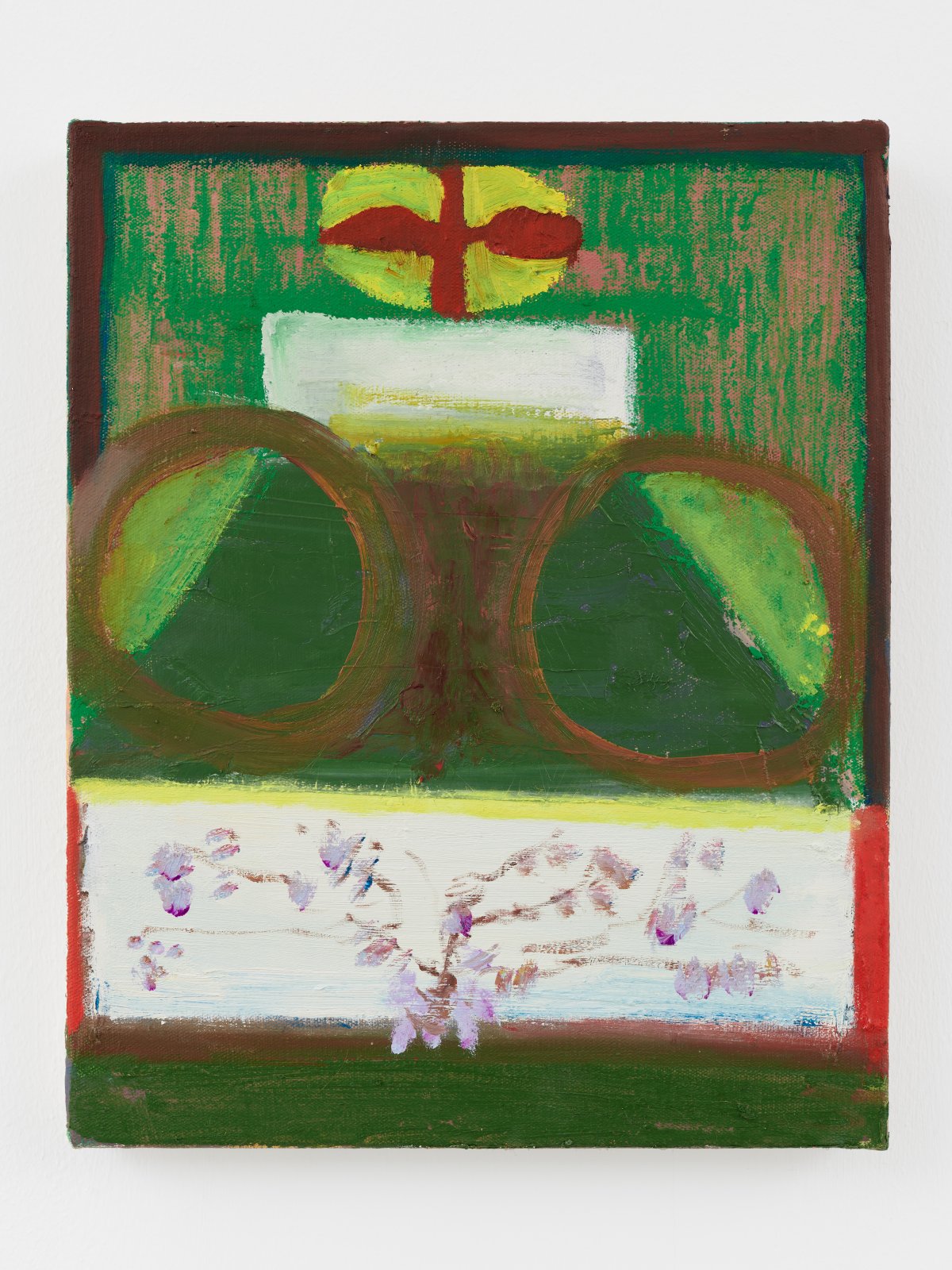 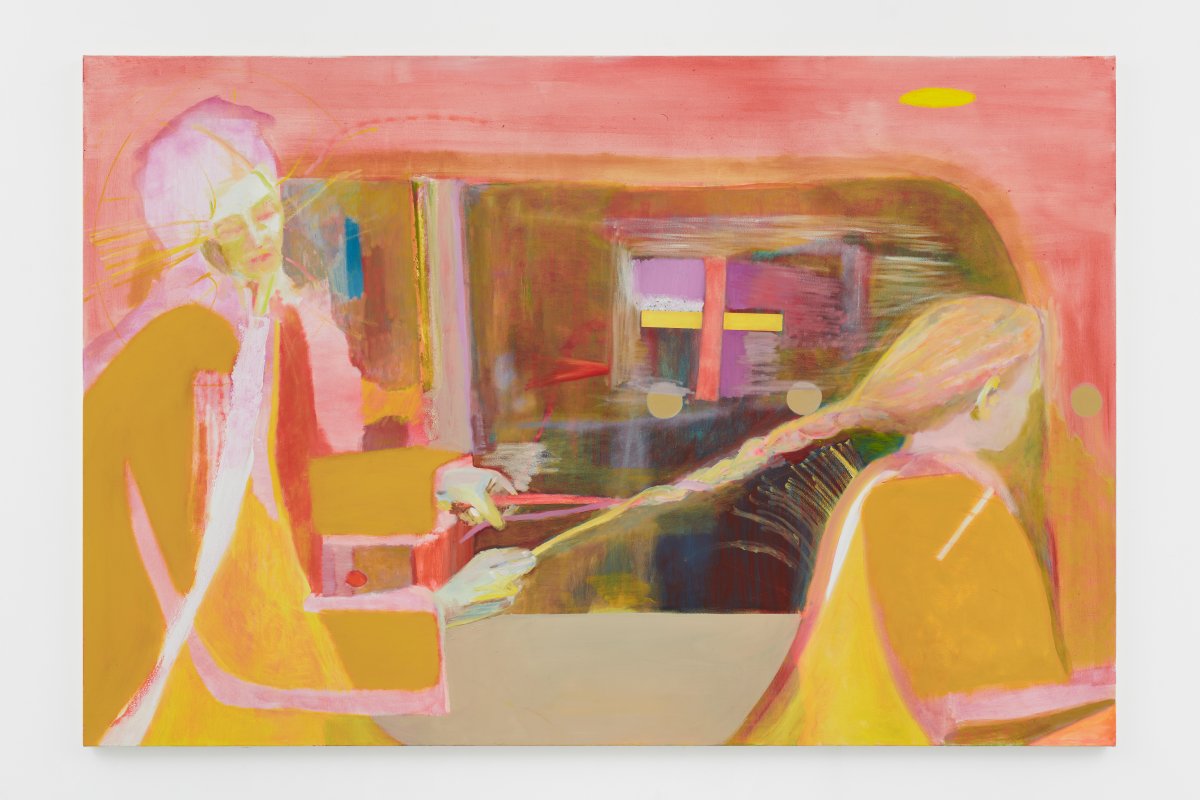 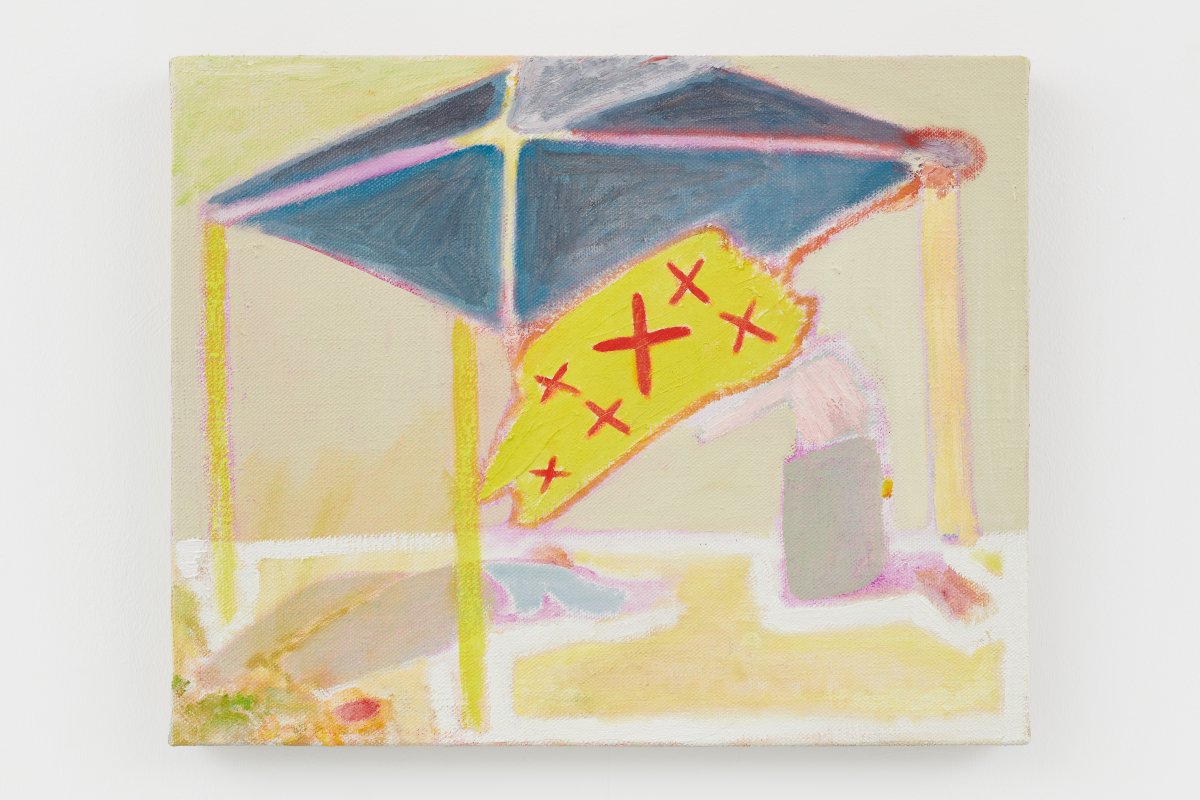 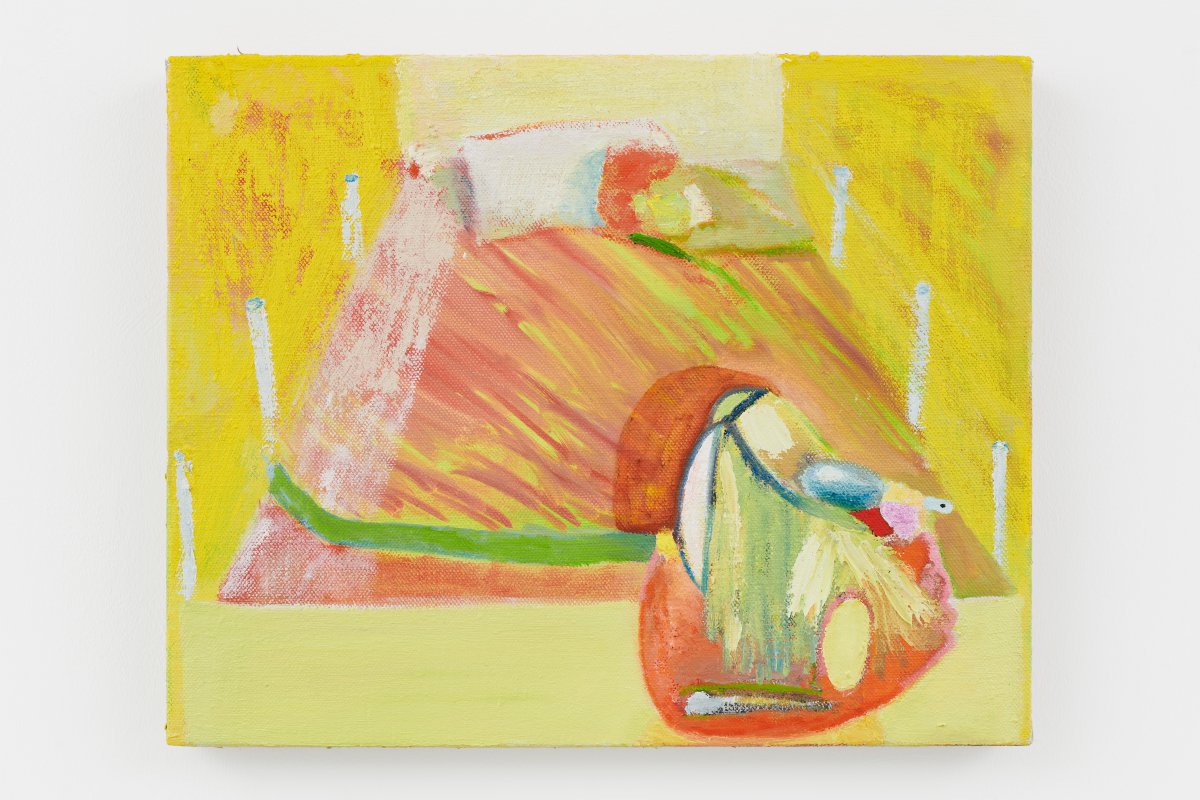 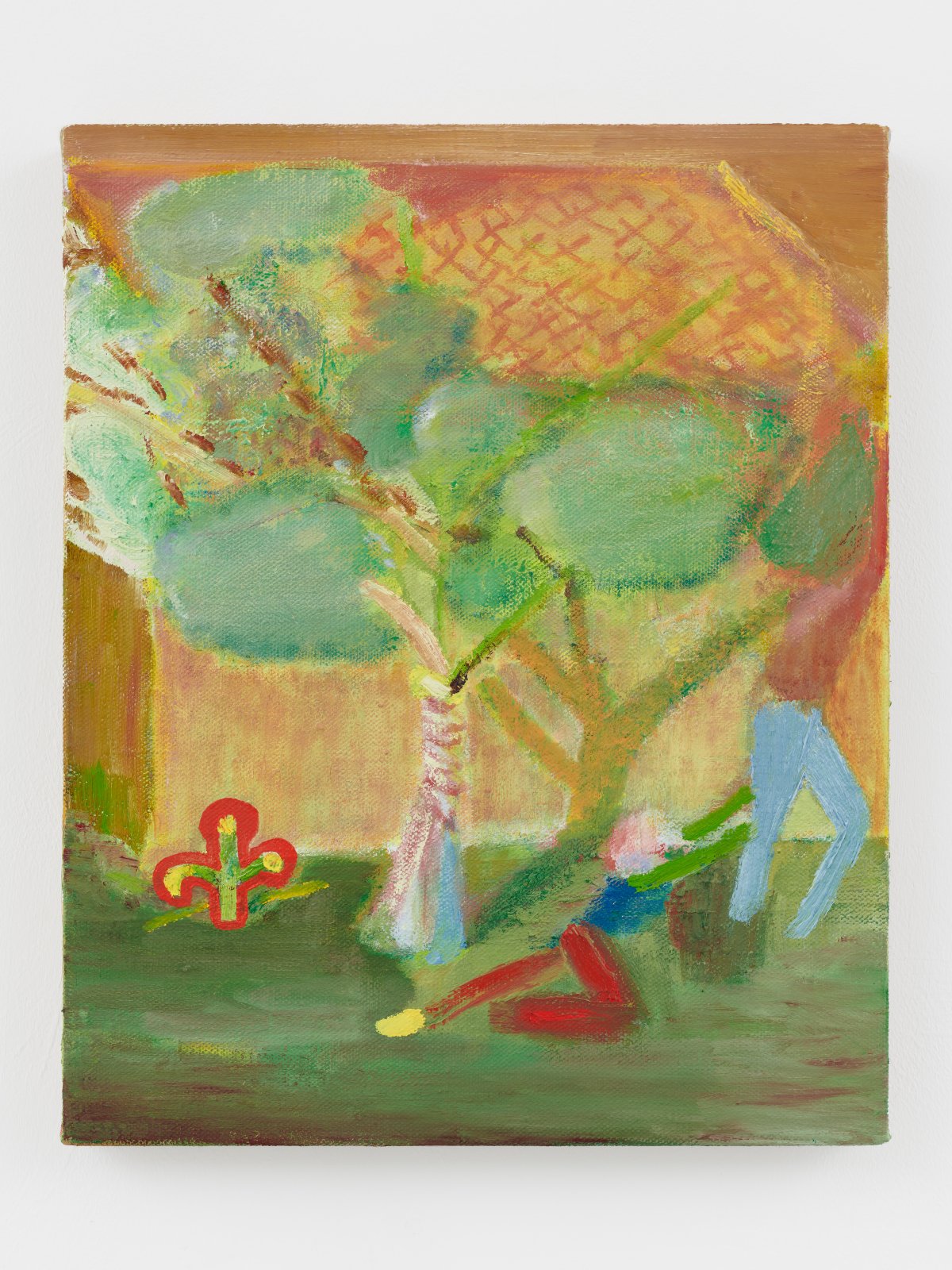 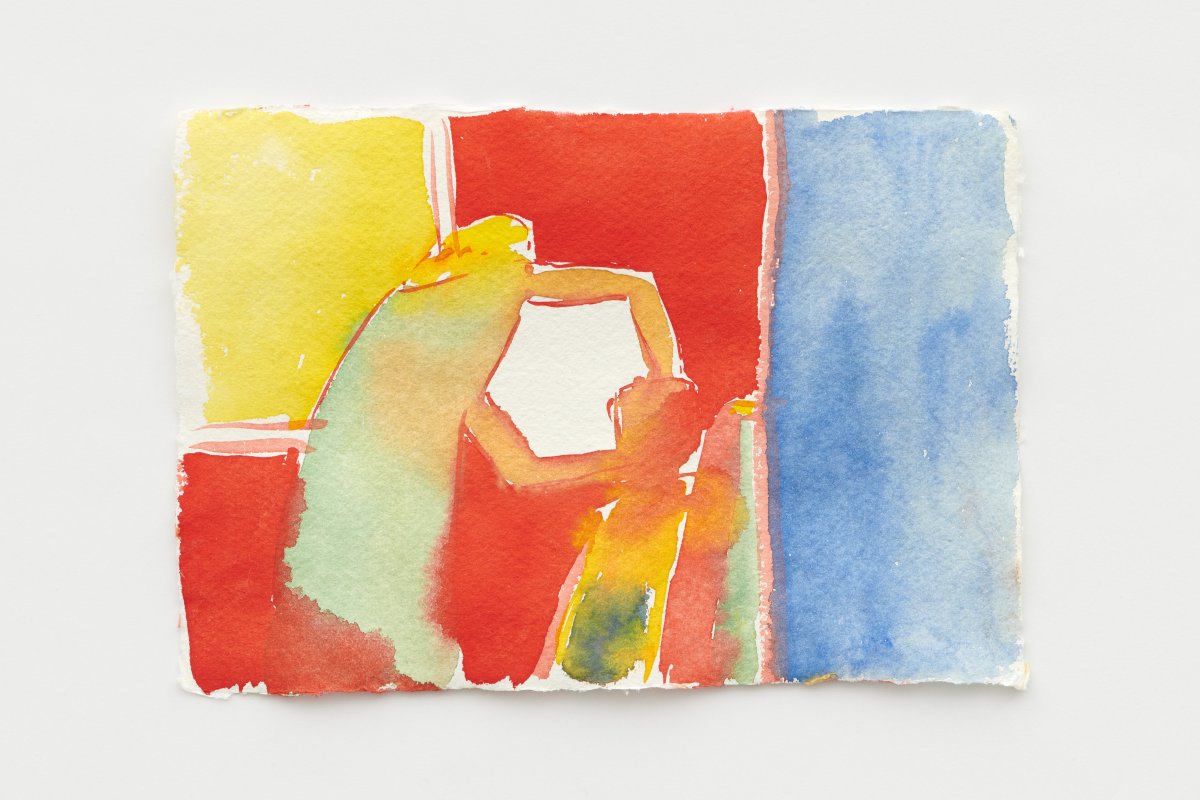 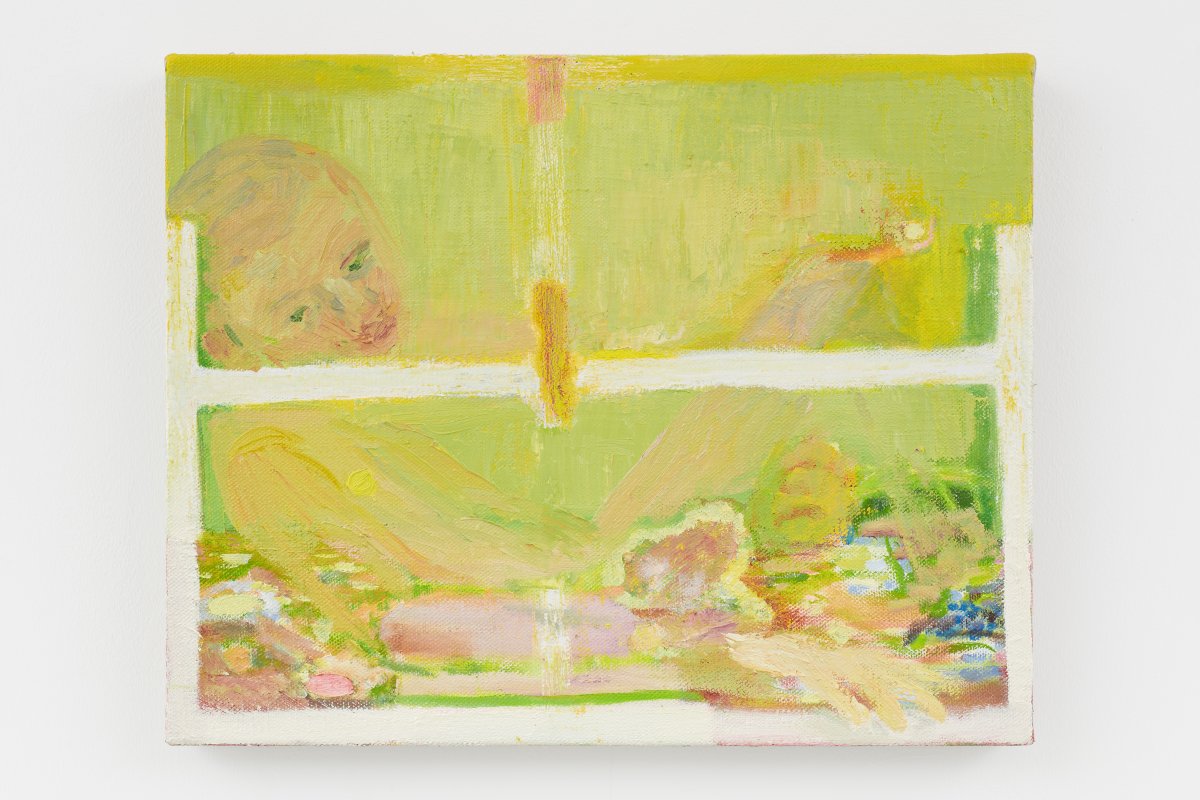 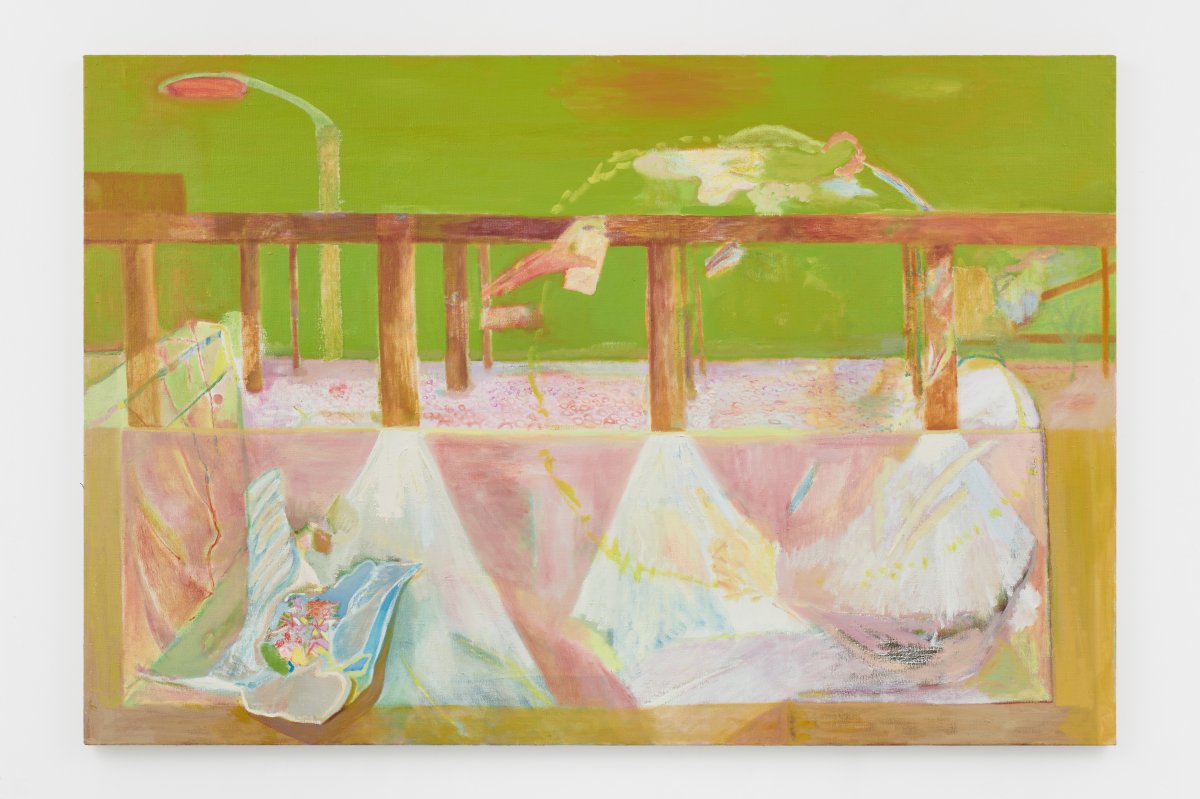 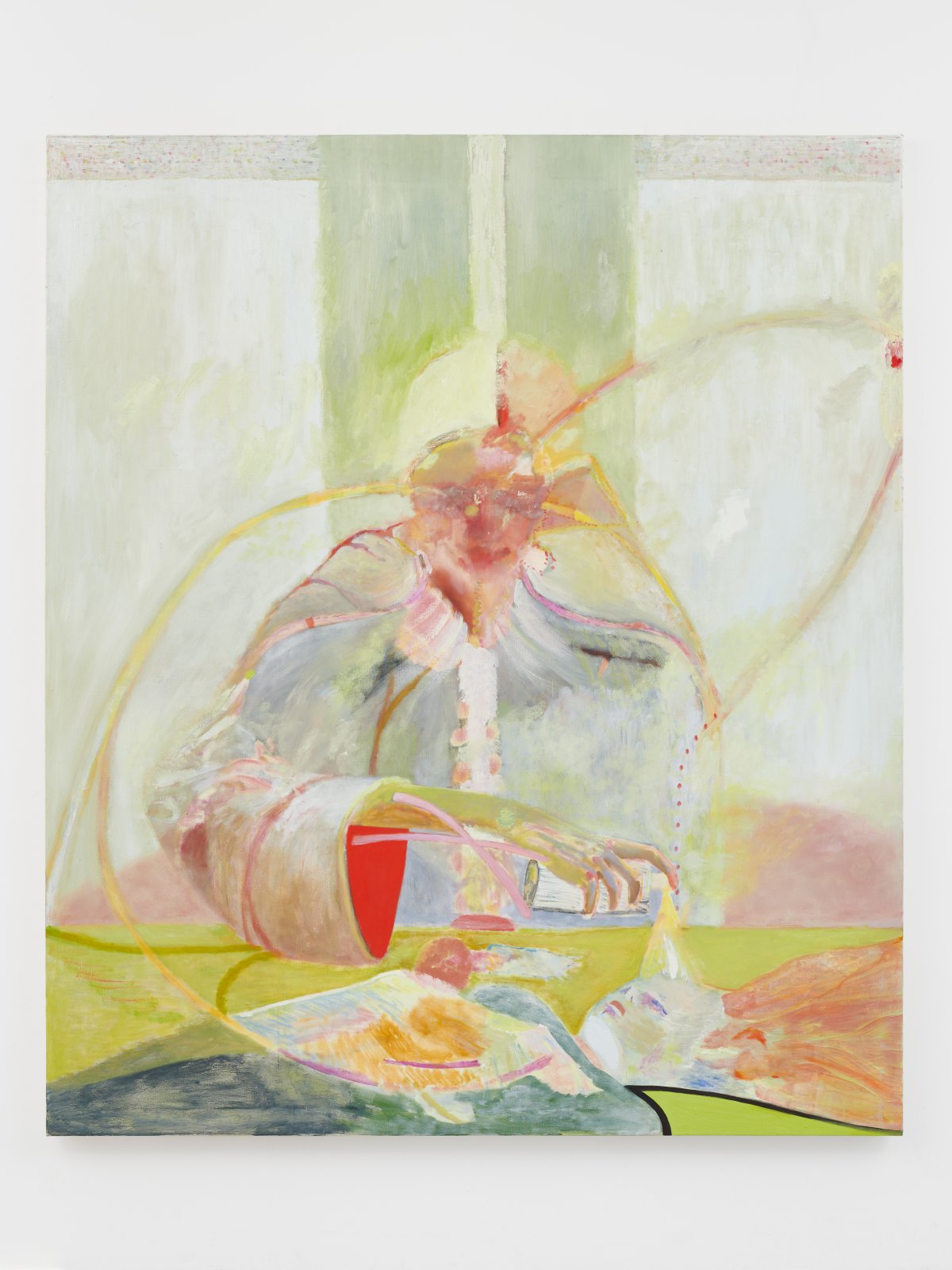 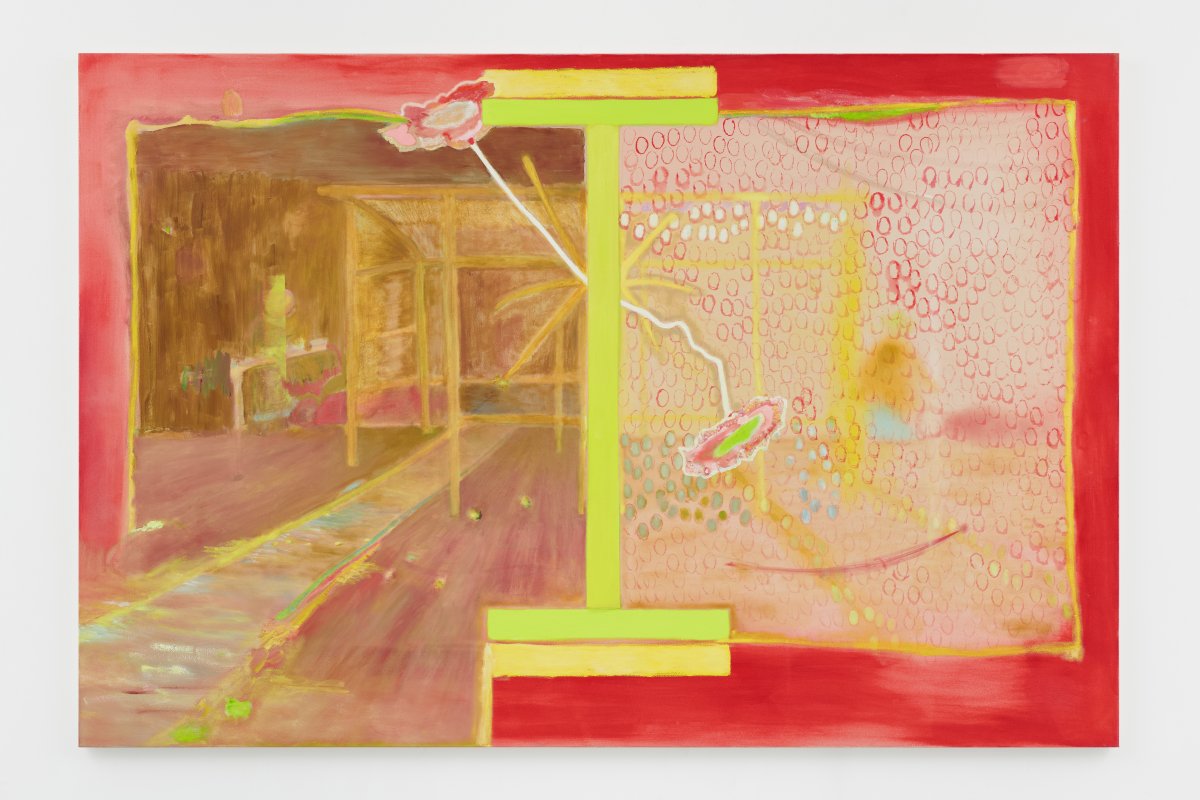 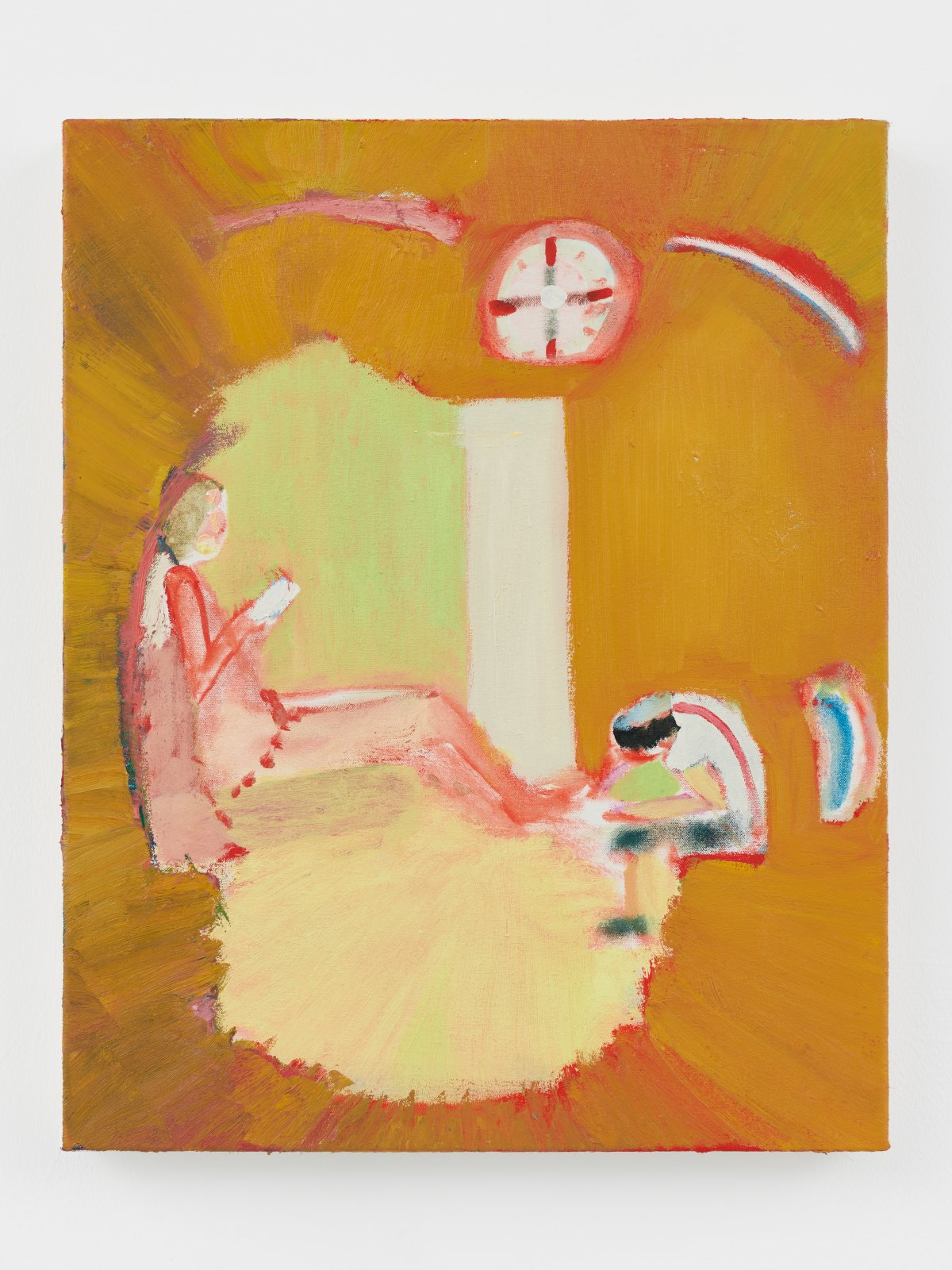 Gabriella Boyd
Each one believing the other, 2022 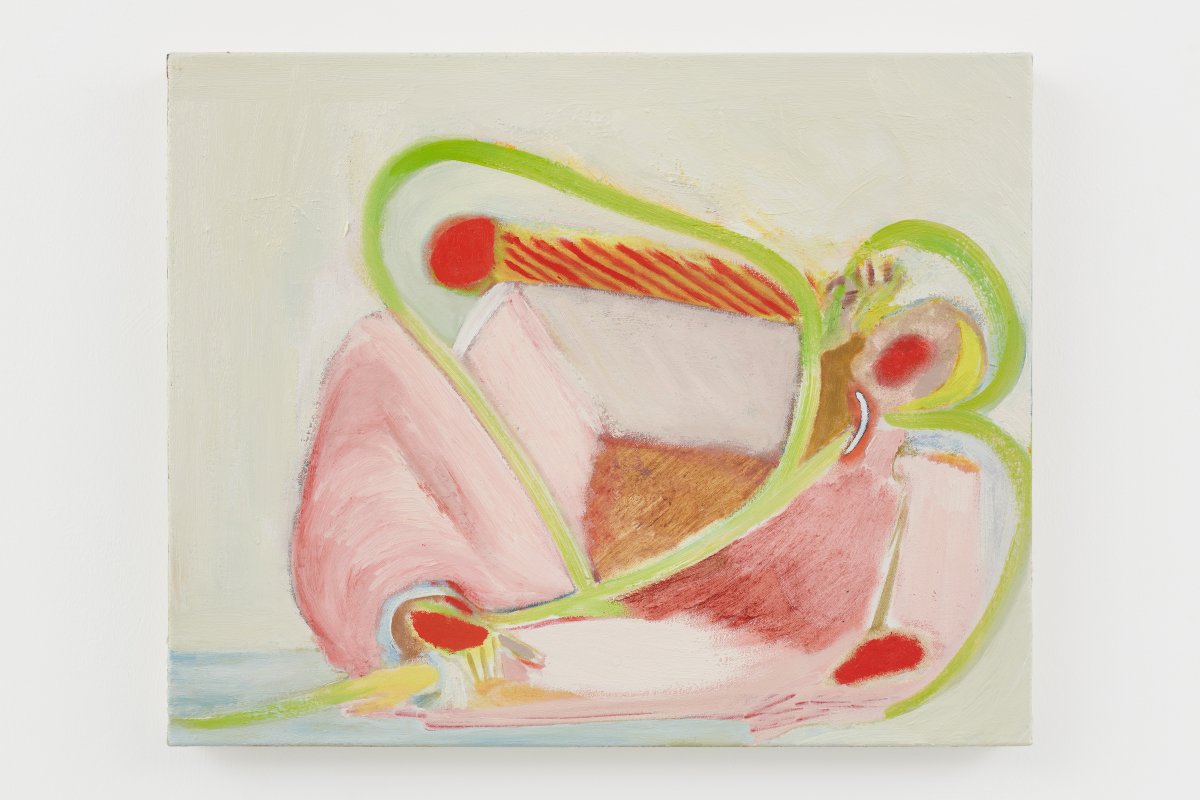 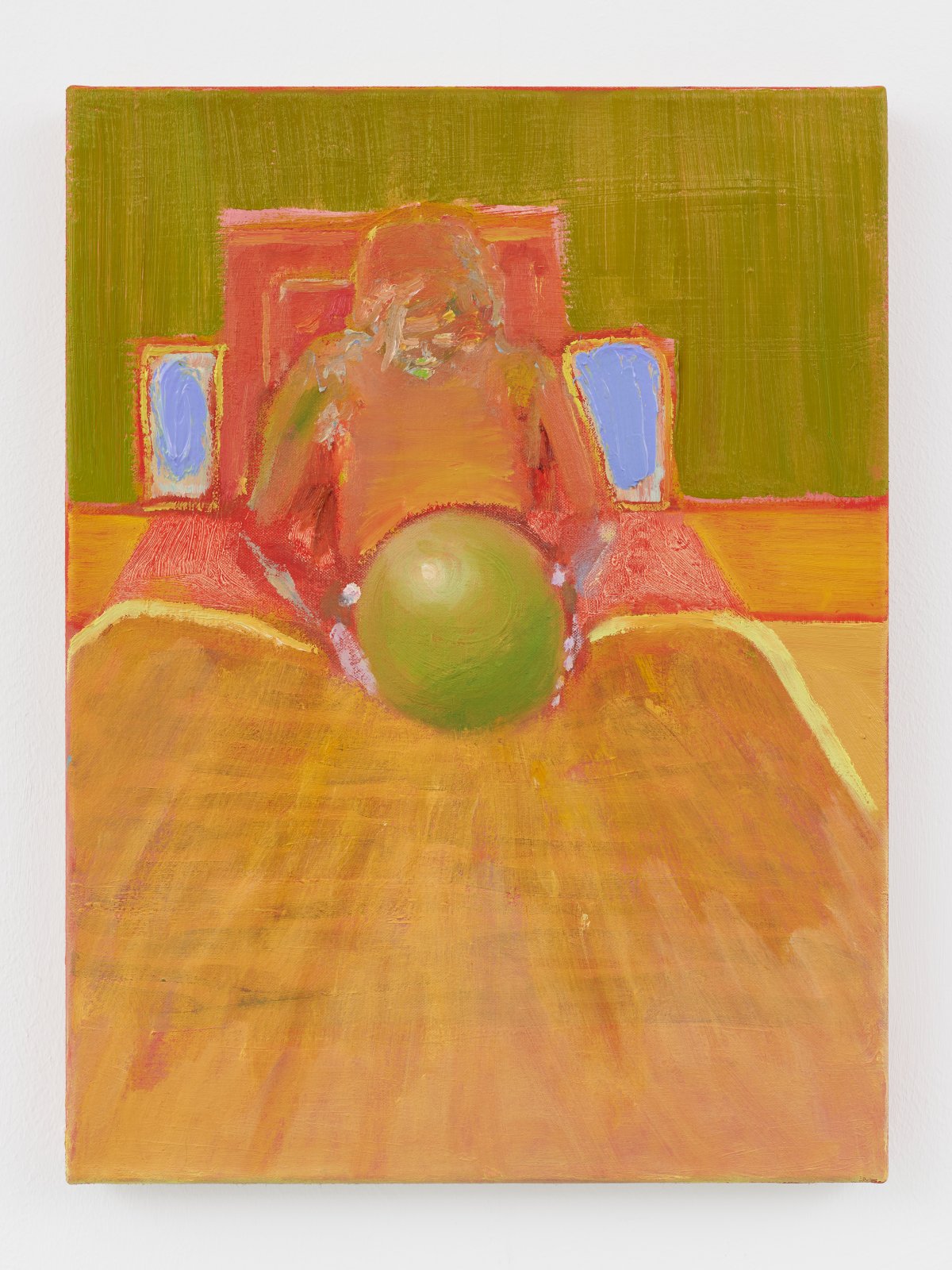 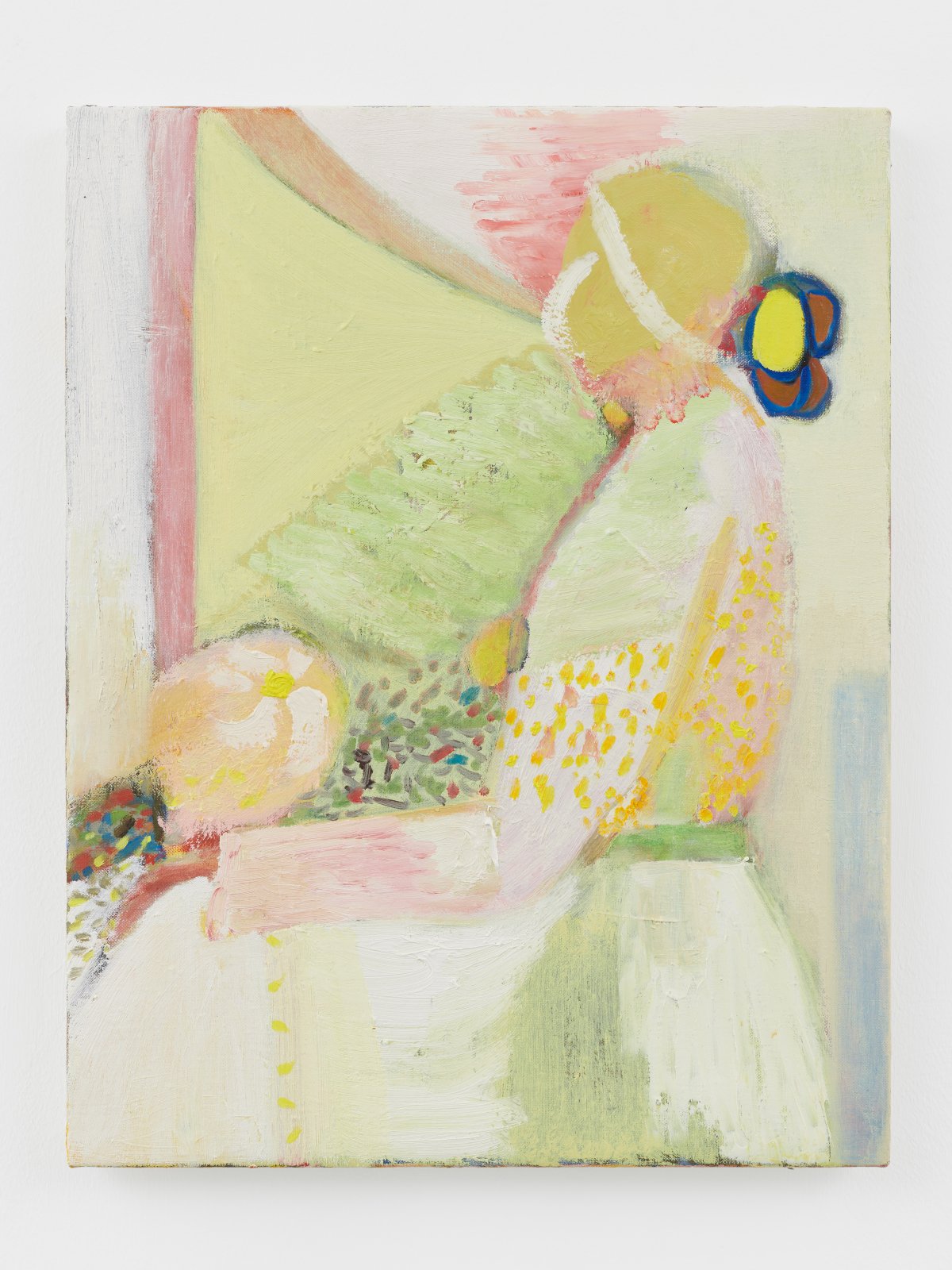 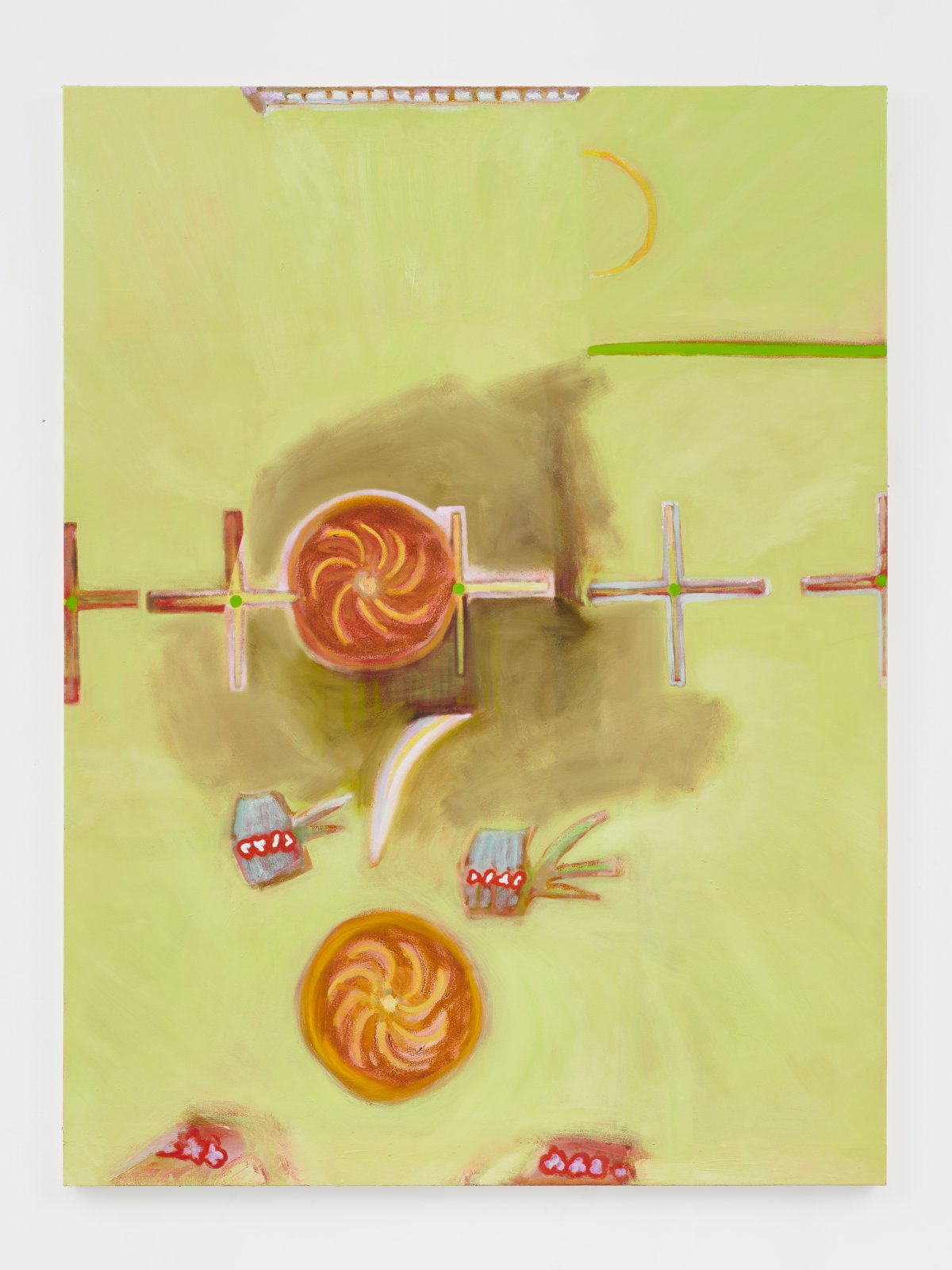 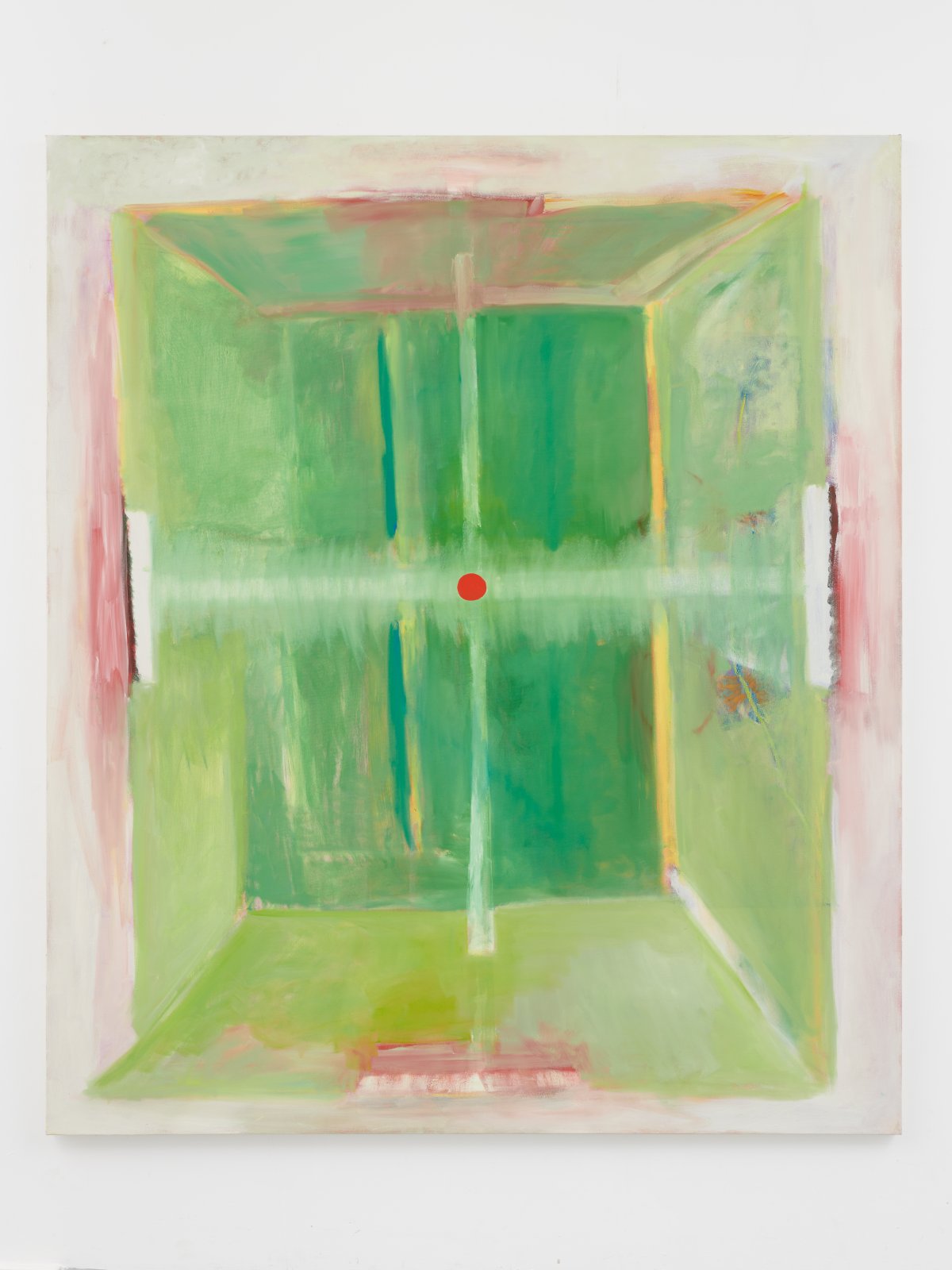 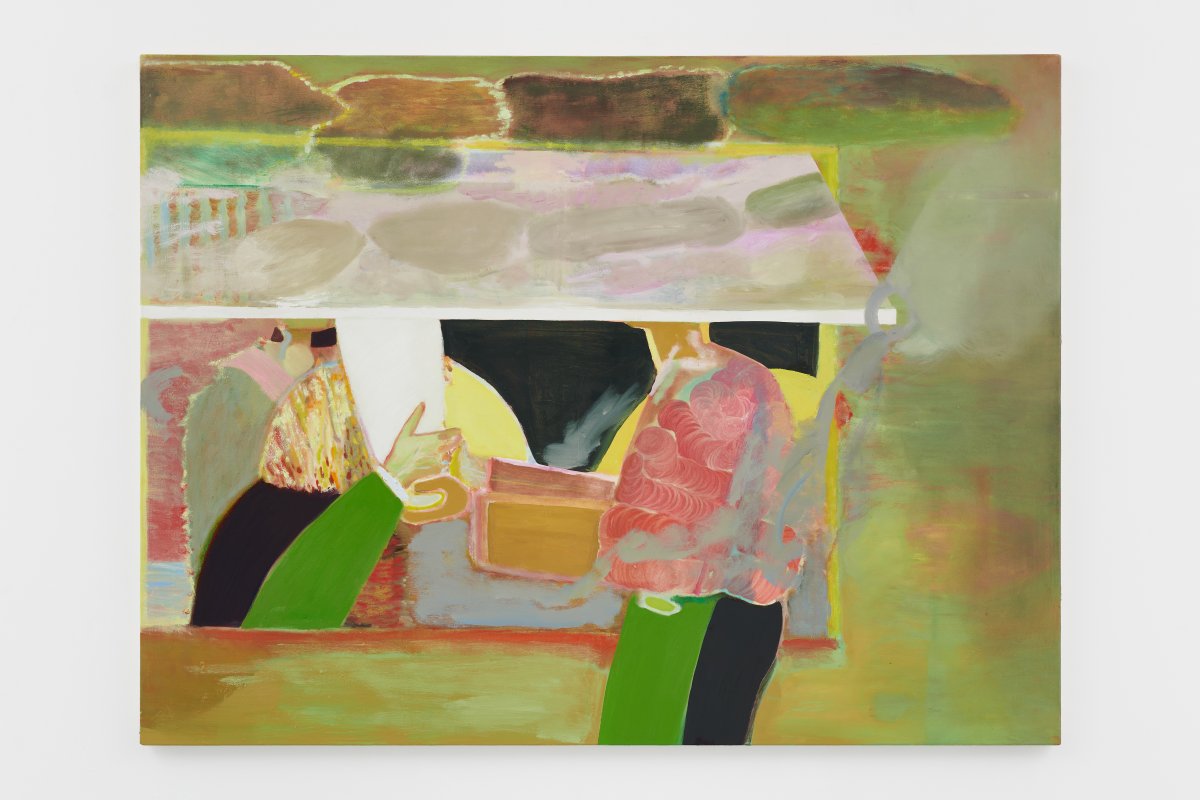 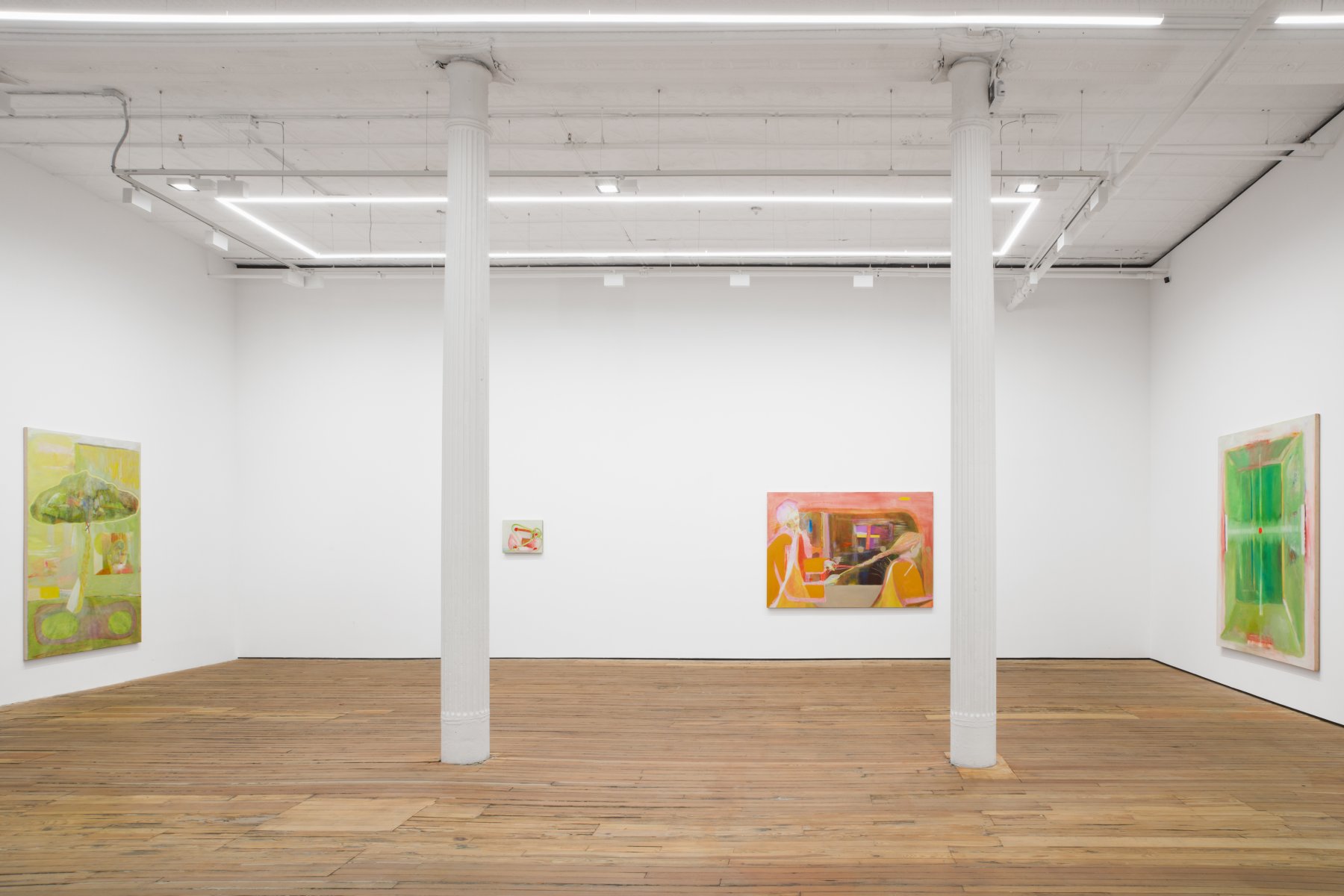 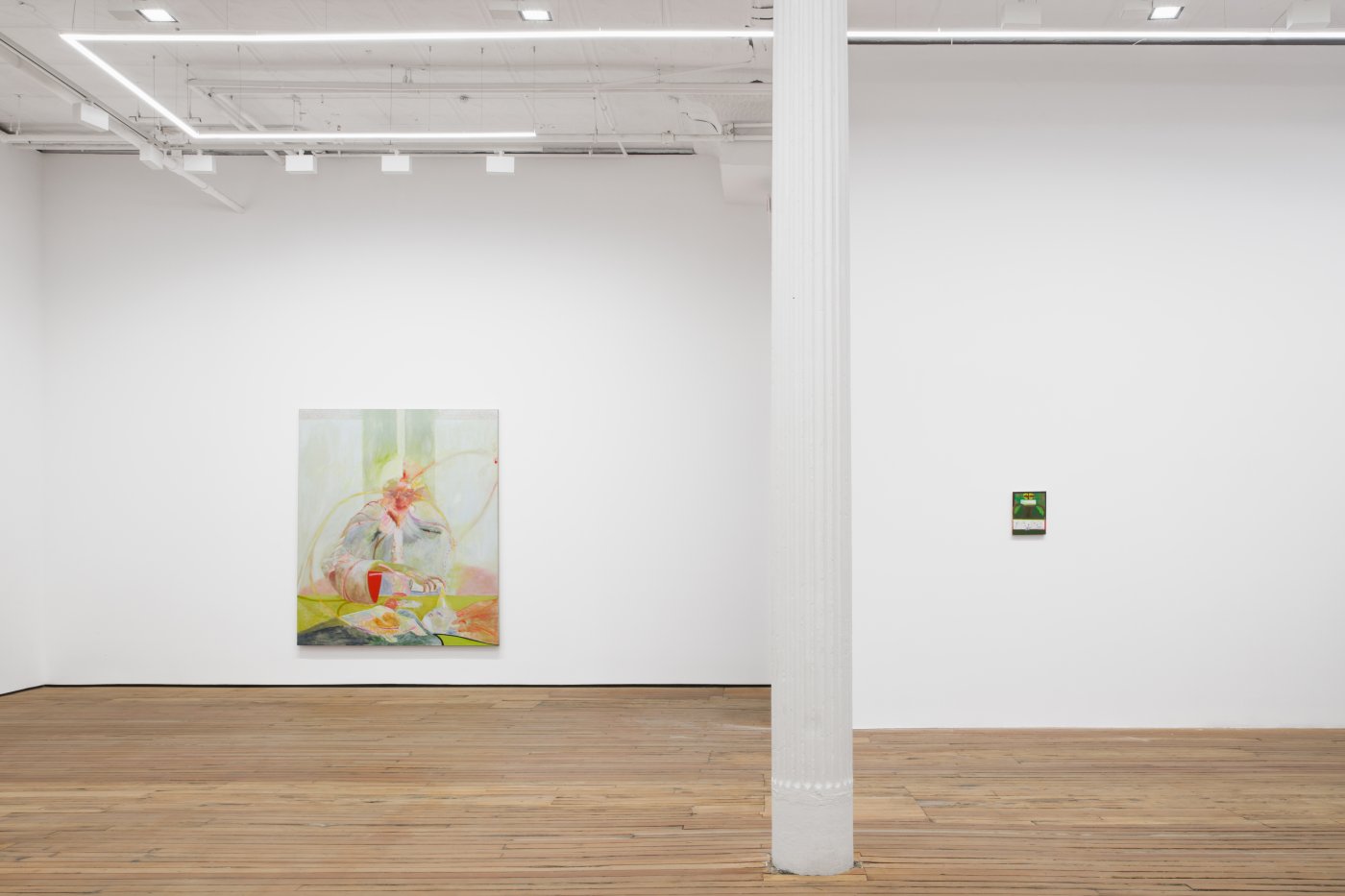 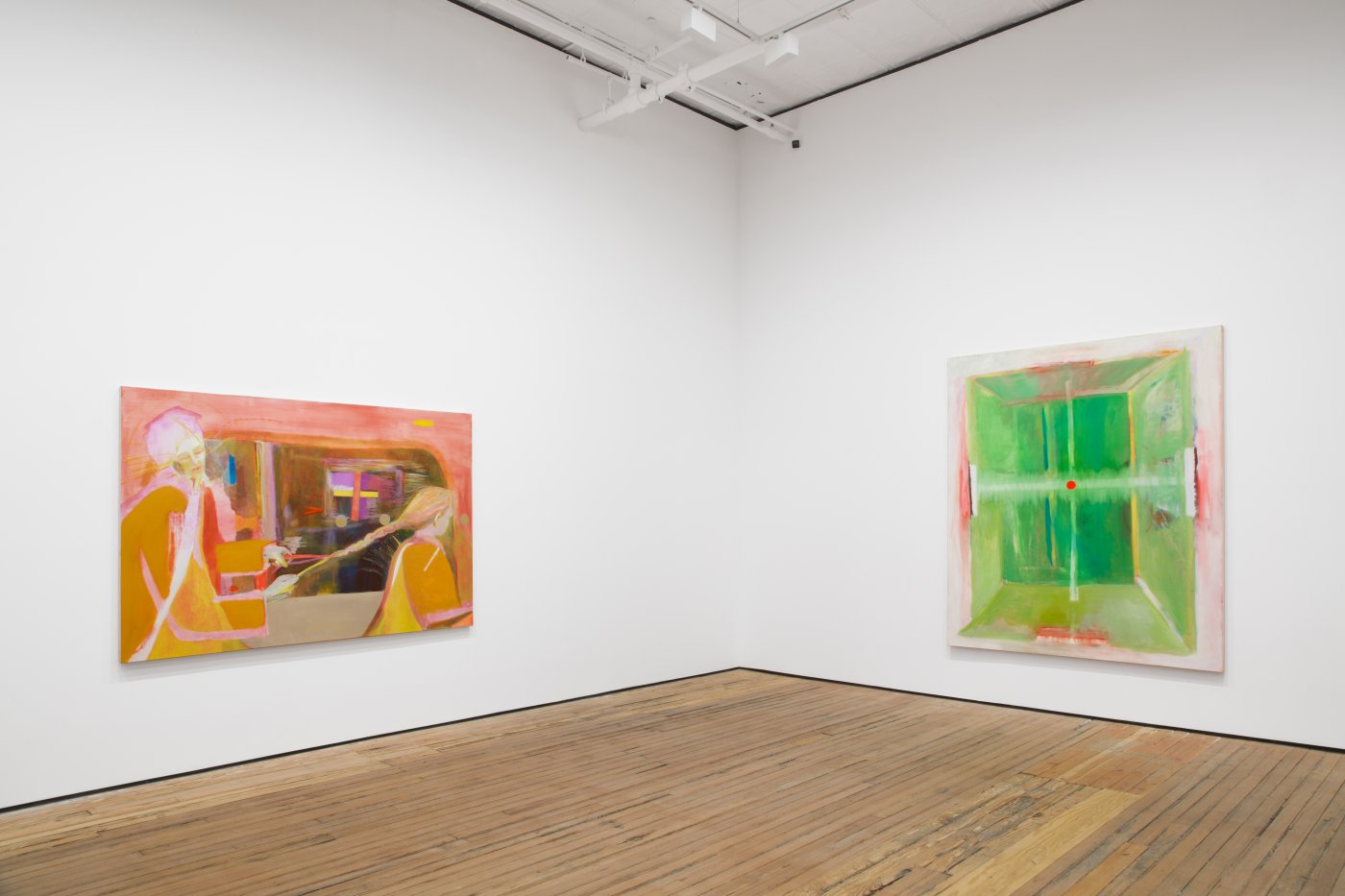 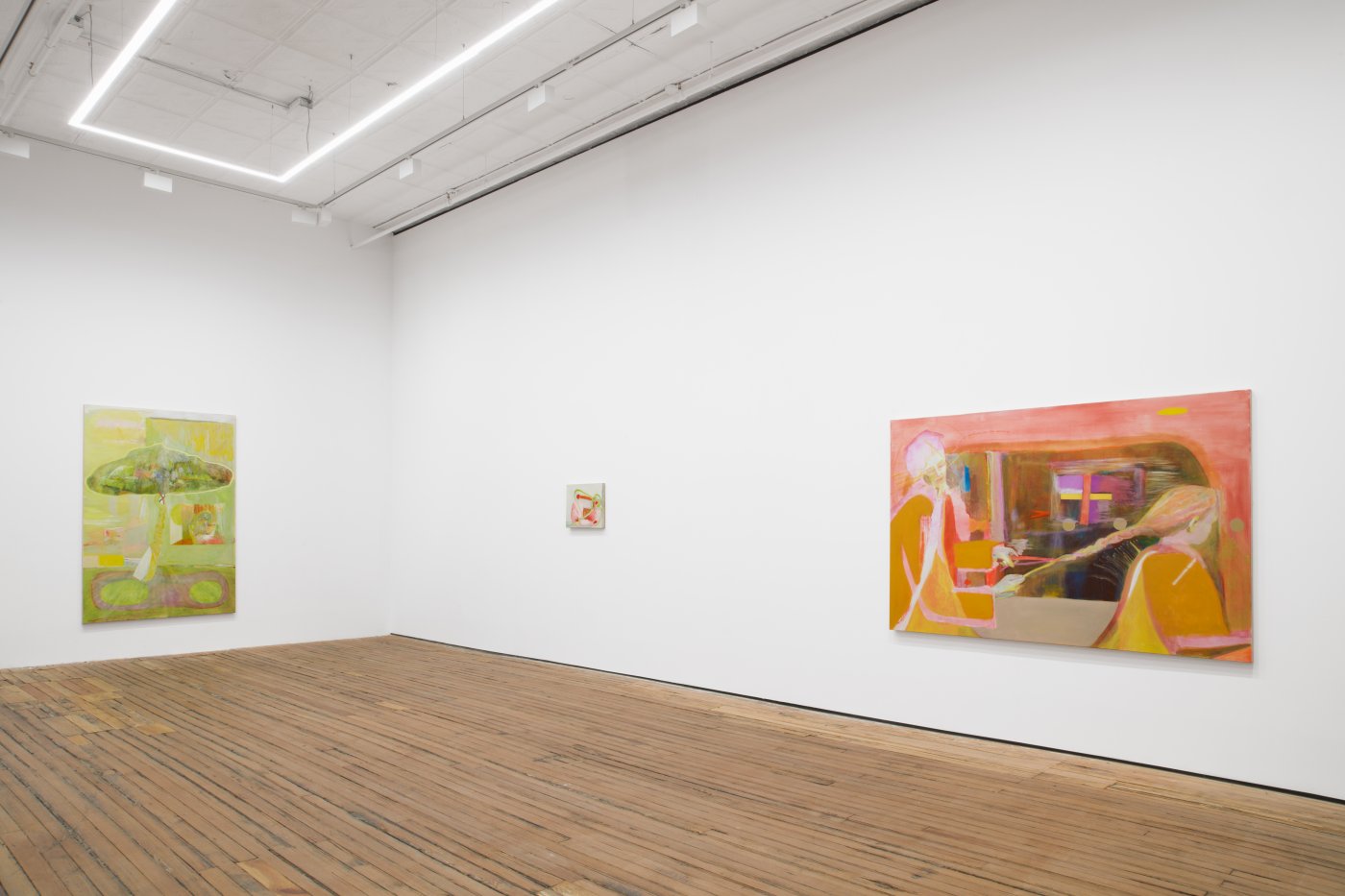 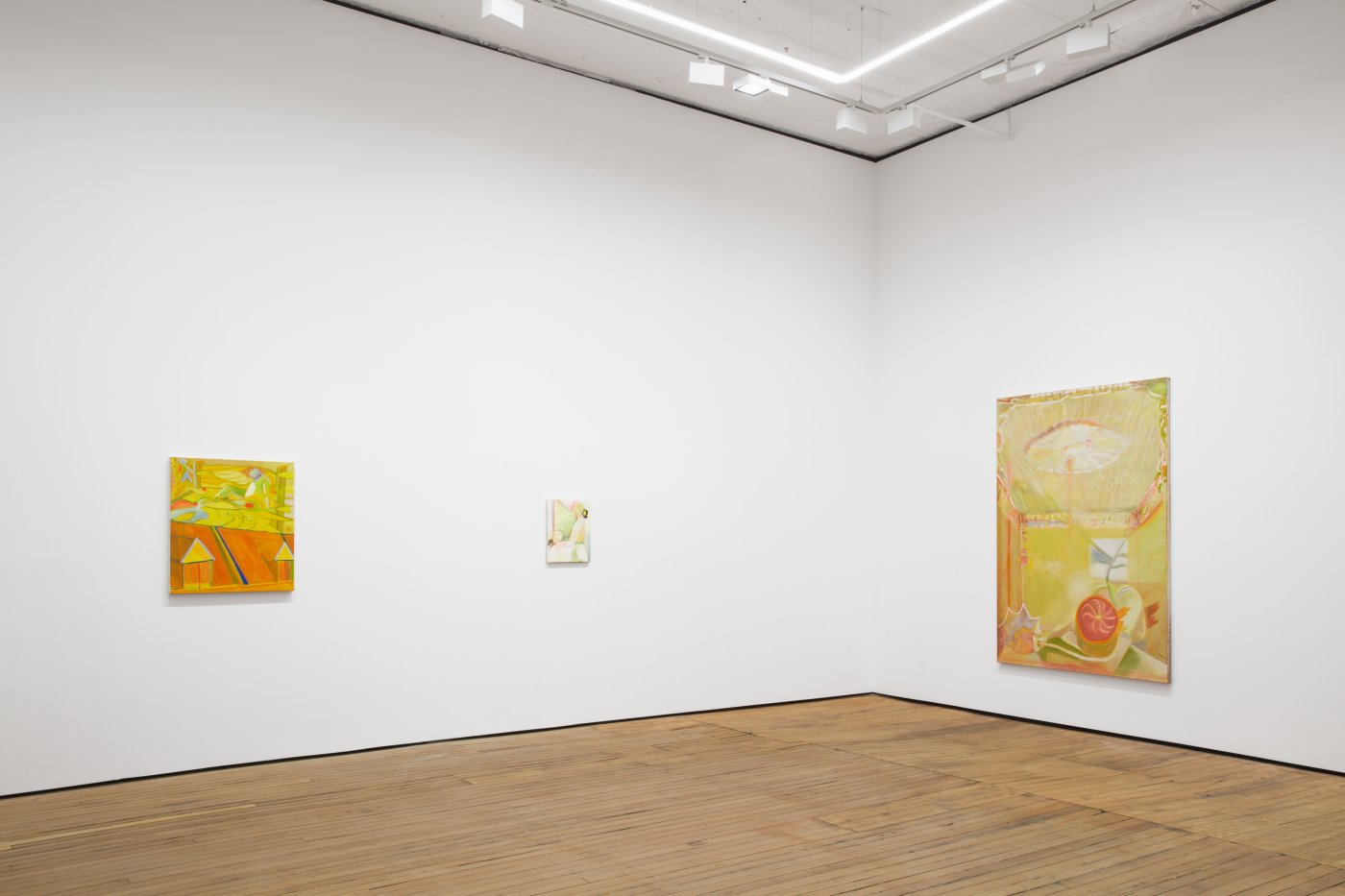 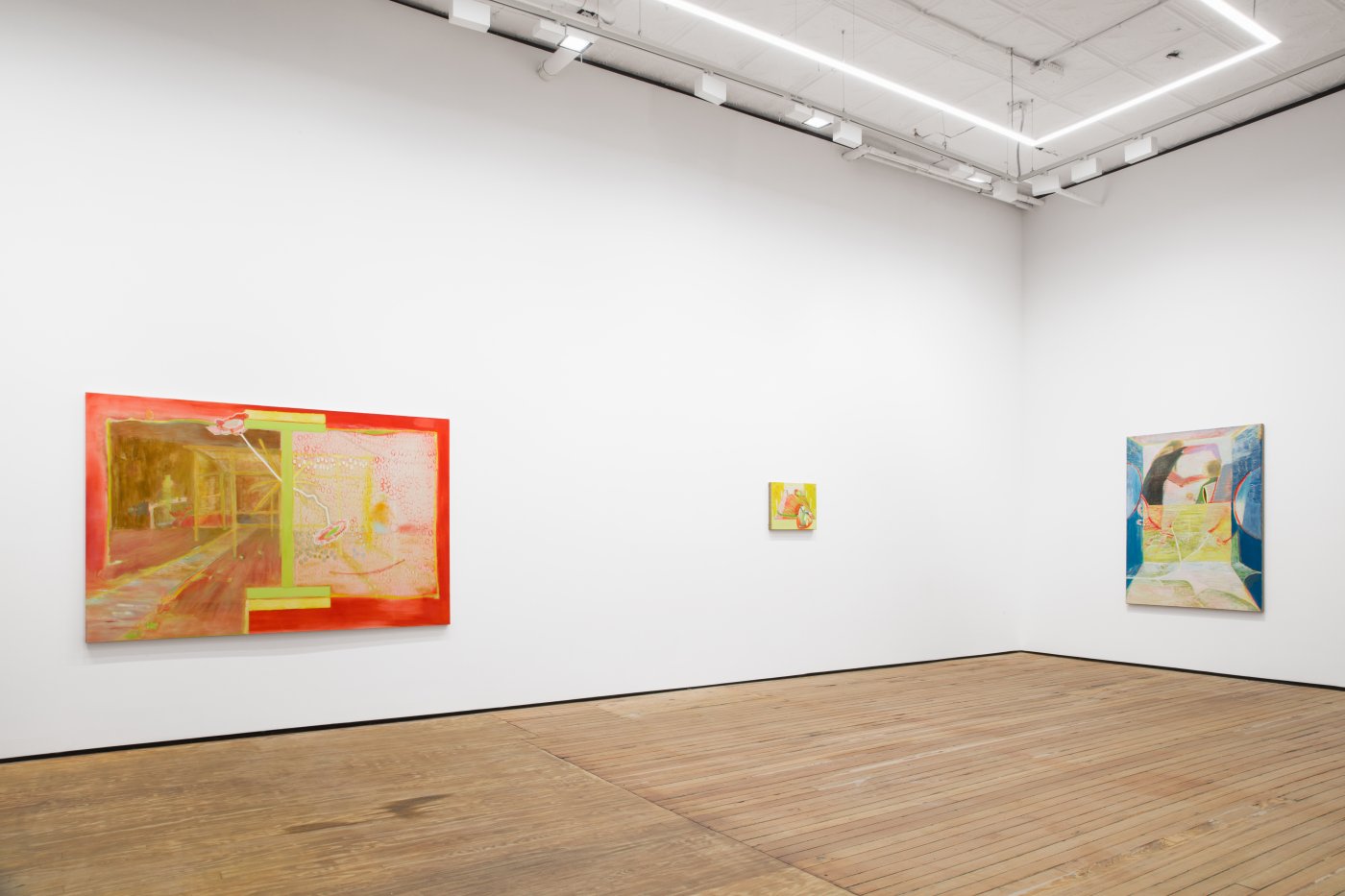 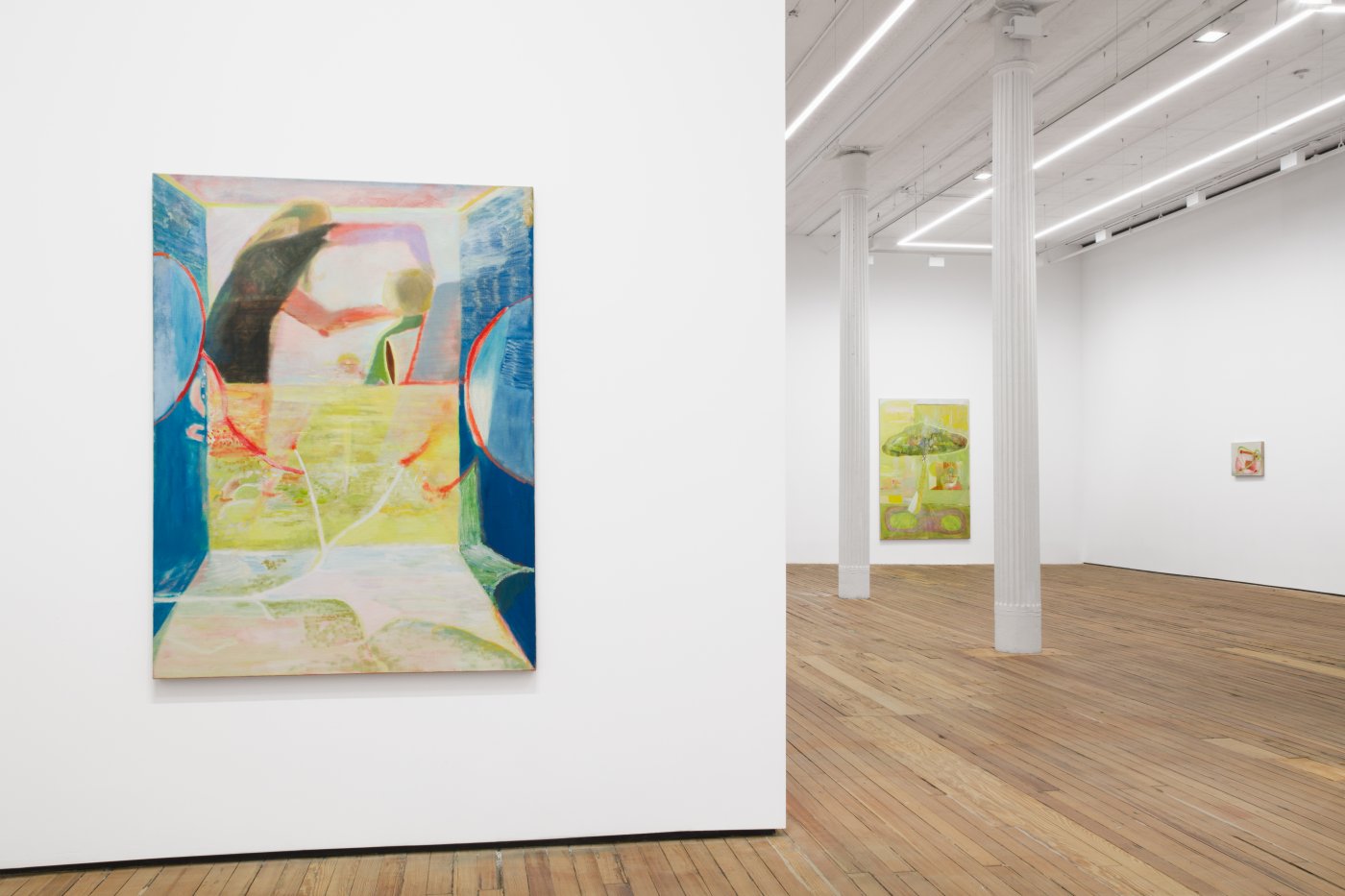 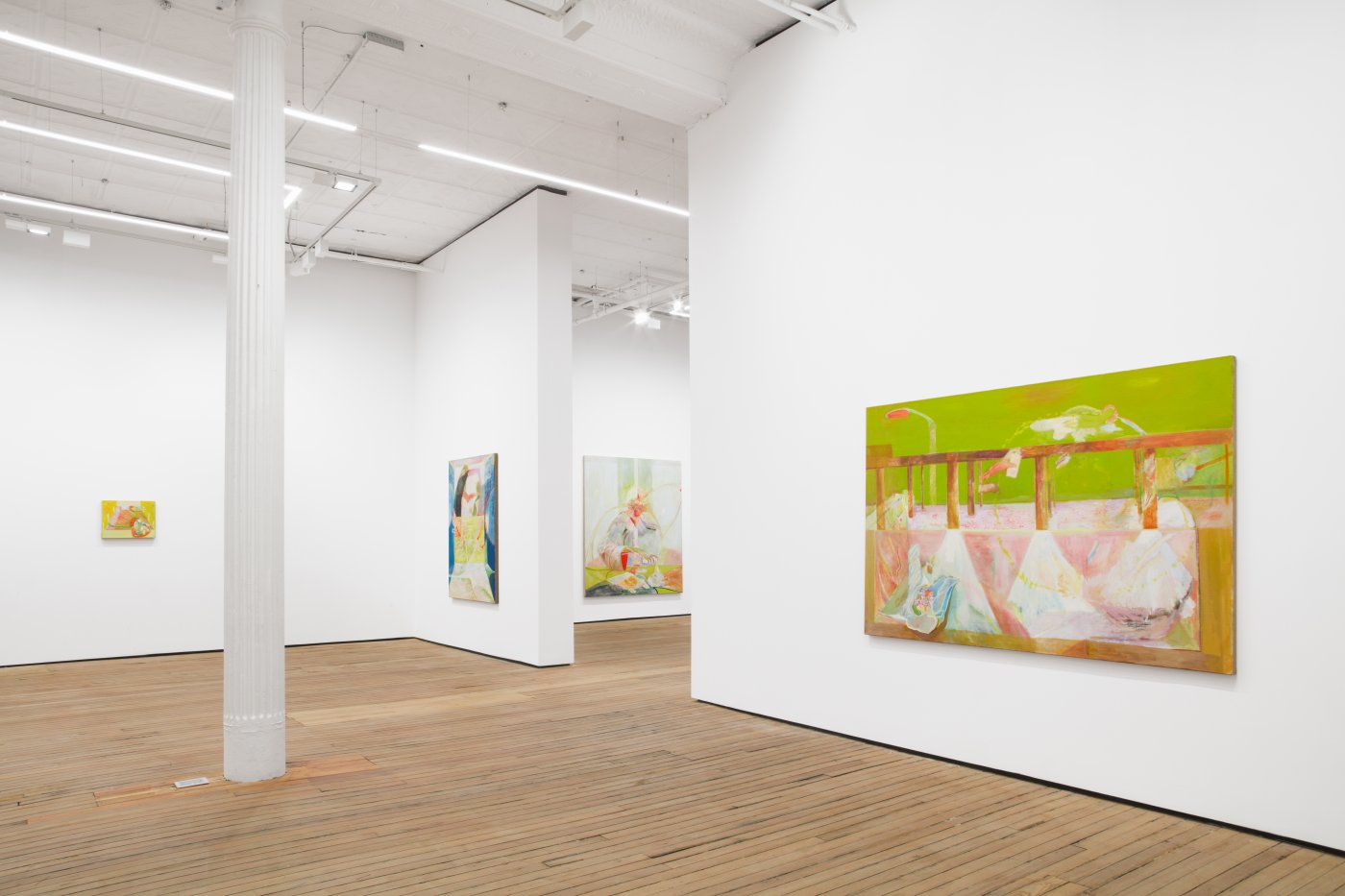 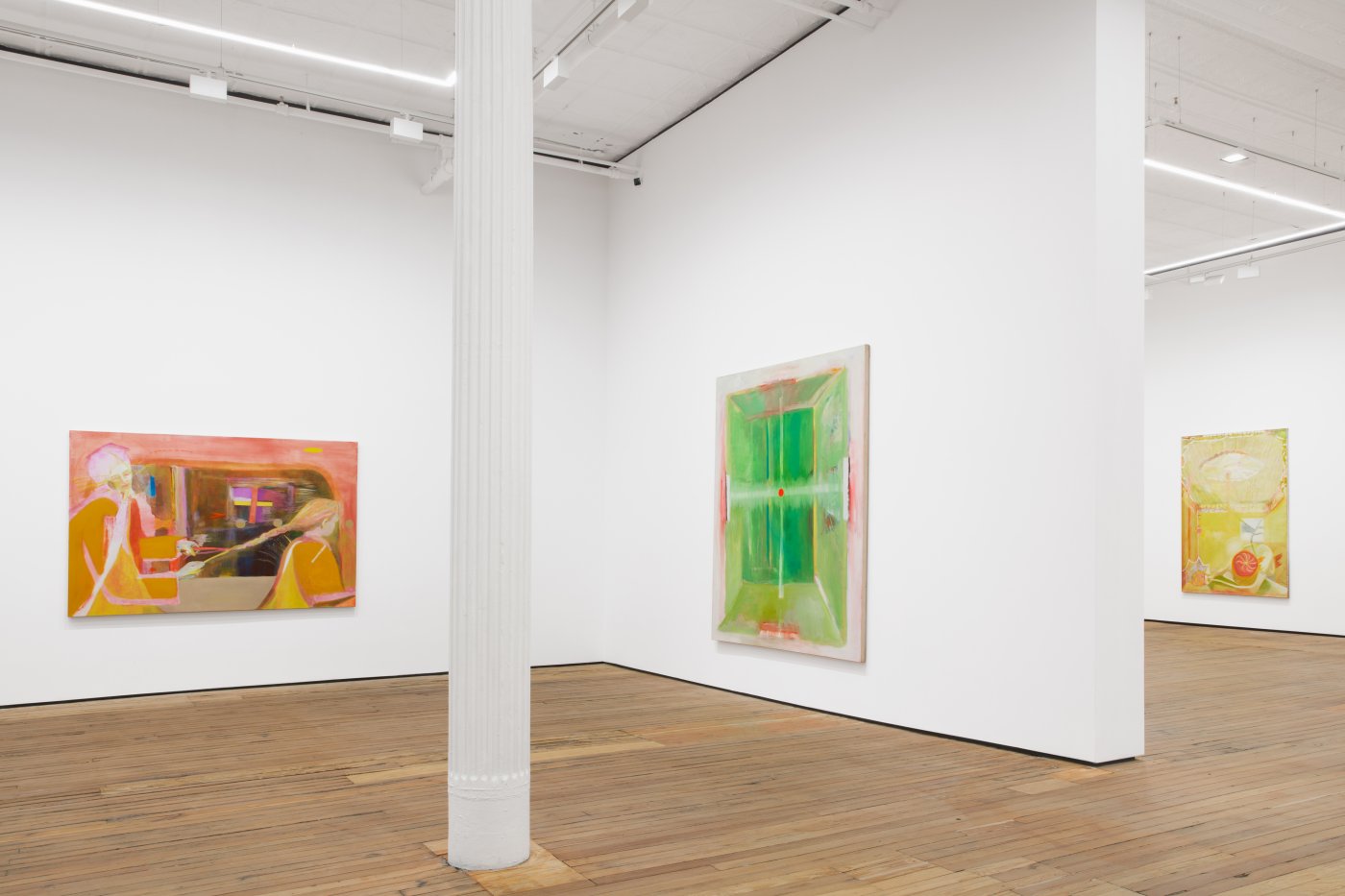 Boyd’s paintings elide the boundary between formal and representational languages, with each canvas occupied by overlapping figurative and structural motifs. Governed by a dreamlike logic, each image is at the threshold of a tangible world and a distant memory. Utilizing a distinct, almost uneasy palette of greens, yellows, warm pinks and reds, each painting is anchored by the interrelationship between humans and their environment, hinting at a knowable narrative before evading it. As Boyd puts it, she is interrogating the “space between our physical experience of the world and our mental understanding of it. The meeting of those can be quite clumsy, or complicated, or at odds with each other. In that messy territory I seek out tenderness, humor, discomfort through paint.” (1)

Painted simultaneously over the course of the last year between Glasgow and London (UK), seemingly discrete imagery within the individual paintings combines to form a wider network. Each work articulates a unique mise-en-scène that is reinforced by repeated visual devices, gestures or patterns that appear and reappear. A reoccurring motif is the wisteria tree, whose intertwining trunk and branches simultaneously recall plaited hair or an umbilical cord, a visual clue to the subtle relationships of nature and nurture that are at play in Boyd’s works.

At the same time we see the interplay and collapsing of clear boundaries between interior and exterior spaces and worlds. In Ceiling Rose, a figure leans over an item of furniture, seemingly asleep. The crown of their head is rendered in serpentine strokes; strands of hair reflecting light, or an abstract form representing motion, revealing the whirring mind at work, thinking, dreaming. Positioned just above the figure’s back is a small square, a window to the outside world or a projection of their imagination. Vine-like shapes flow out of the square and seemingly emanate from the figure, with wisps of paint like spectral roots sprawling across and into the architecture itself.

Sprawled beneath the central figure is the suggestion of a second body, rising from, or perhaps being pushed into, the surface below. The relationship between the figures is unclear, their heads appear to be connected by a tube, though it is not obvious if they are entangled in combat or perhaps engaged in an act of protection. There is an almost medical connotation to the imagery, suggestive of the two figures being dependent on each other and this connection for their very survival. We see in Ceiling Rose, as with other paintings in the exhibition, the symbiosis between the individual and the places they occupy, with seemingly cryptic symbols giving form to the invisible sensations and energies between people.

In other paintings, we see pairs or groups of figures engaged in ritual acts of care, fragments drawn variously from the artist’s own memory, from fleeting encounters with passers by or a particular pose from a historical painting transformed and re-staged in the present. Hair is brushed or tenderly plaited, an infant carried between two guardians, the head of a loved one gently cradled. Compositions are often interspersed with lineal forms – crosses, bars, structures – measuring the distance, or closeness, between their inhabitants. In the painting Dam a figure dissolves in pyramidal forms into its landscape, merging into the base of a bridge that spans the width of the canvas, a metaphor for many of the exhibition’s wider themes; of journeying, the passage of time and ultimately the connection between two points or two people celebrate the act of creating in its entirety.