Via Ripense 6, 00153 Gabrielė Adomaitytė: all disordered passions of the smart contract saccades fall


T293 presents all disordered passions of the smart contract saccades fall, the first solo exhibition in Italy by Amsterdam-based artist Gabrielė Adomaitytė (b. 1994, Kaunas, Lithuania). The show consists of a new body of work made in 2022 for the occasion of the show, accompanied by a video work made in collaboration with Frédérique Gagnon (b. 1985, Montréal, Canada). 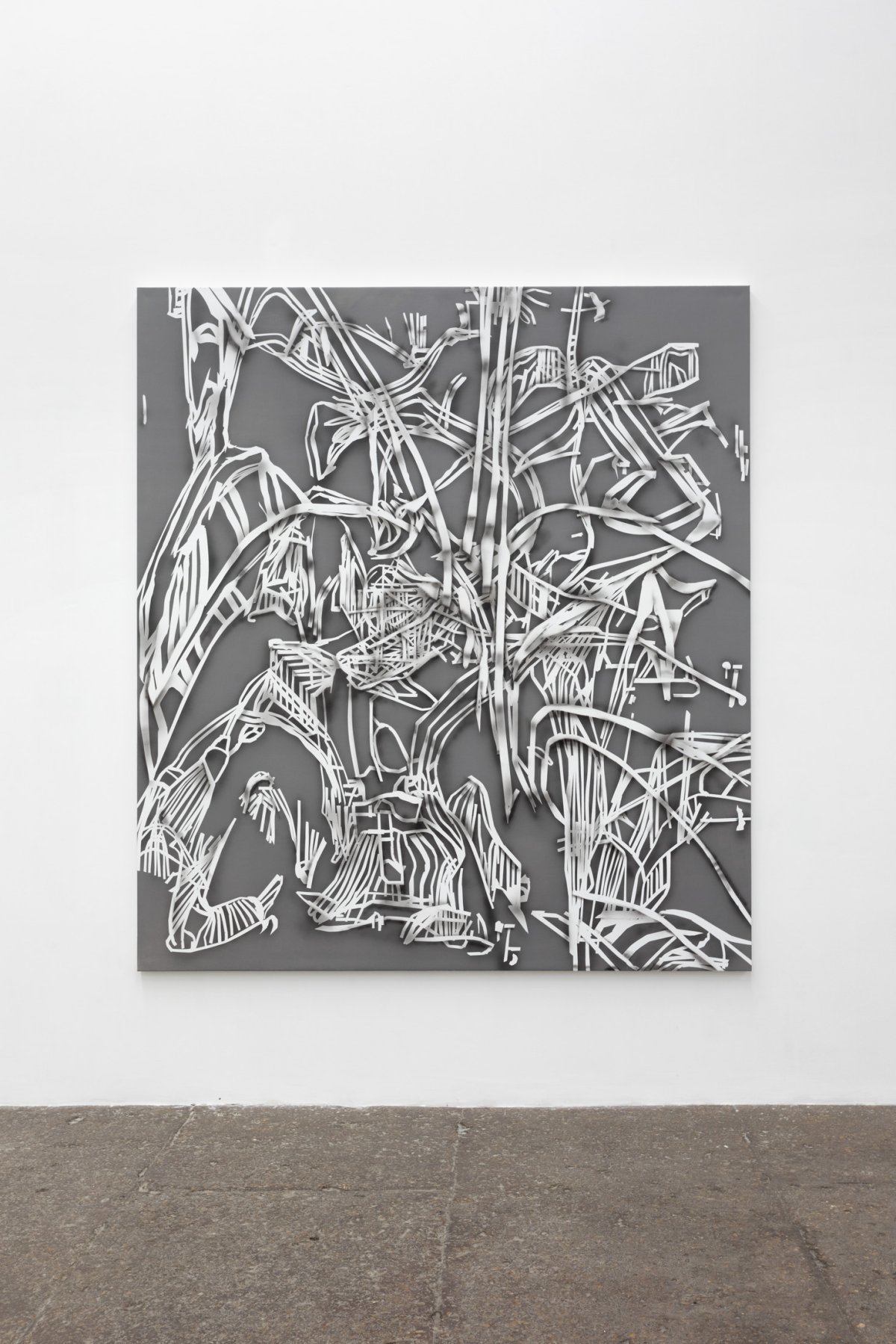 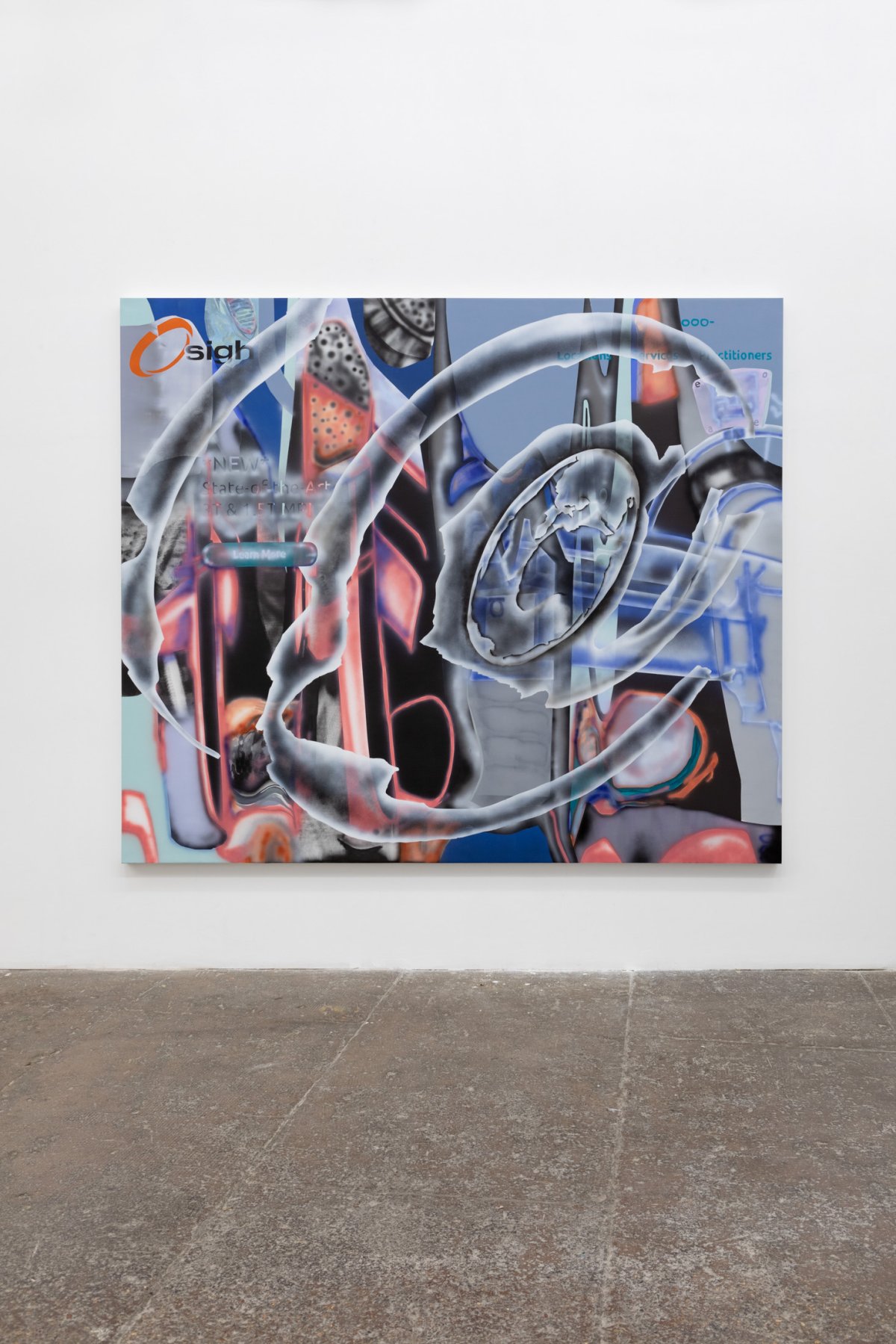 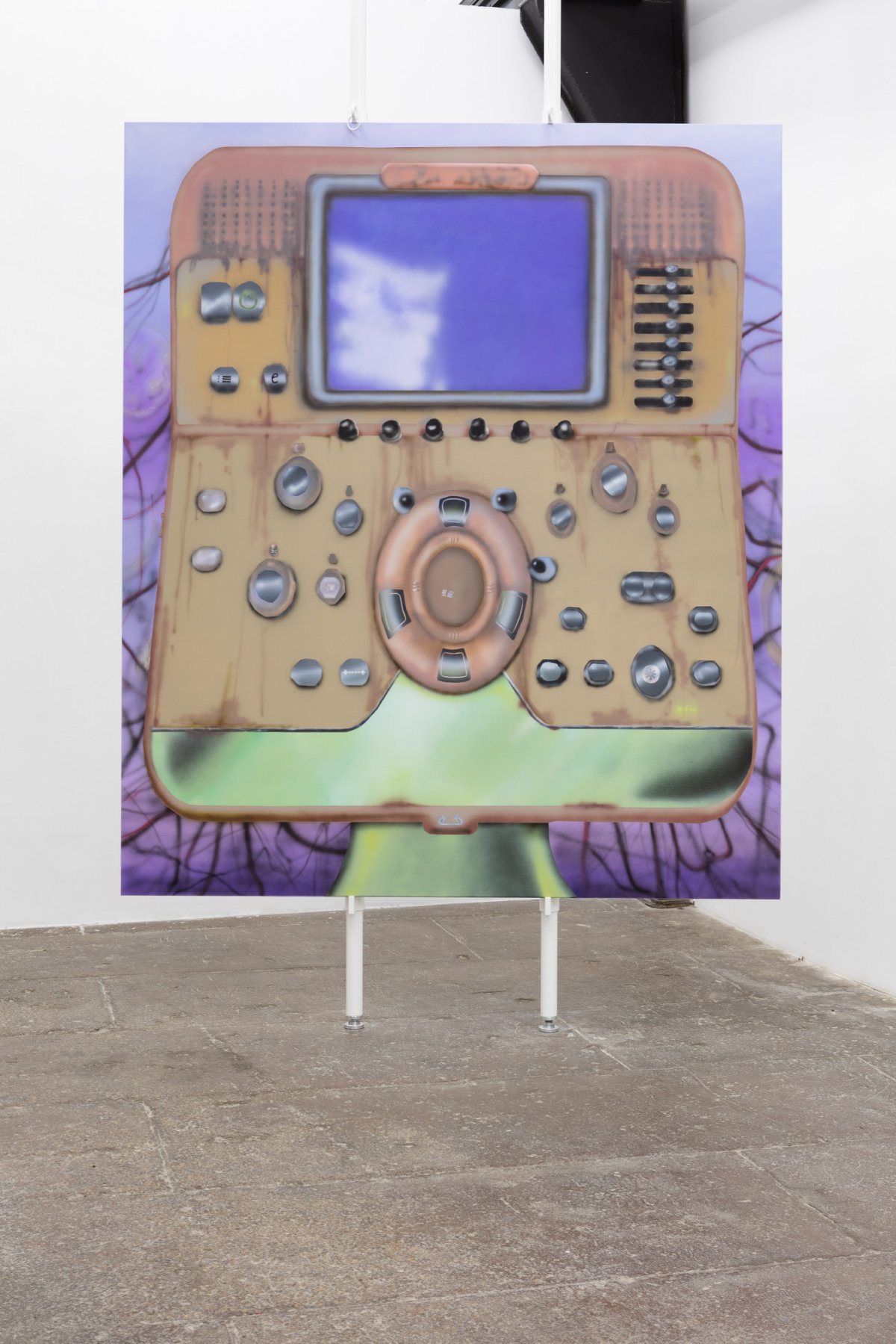 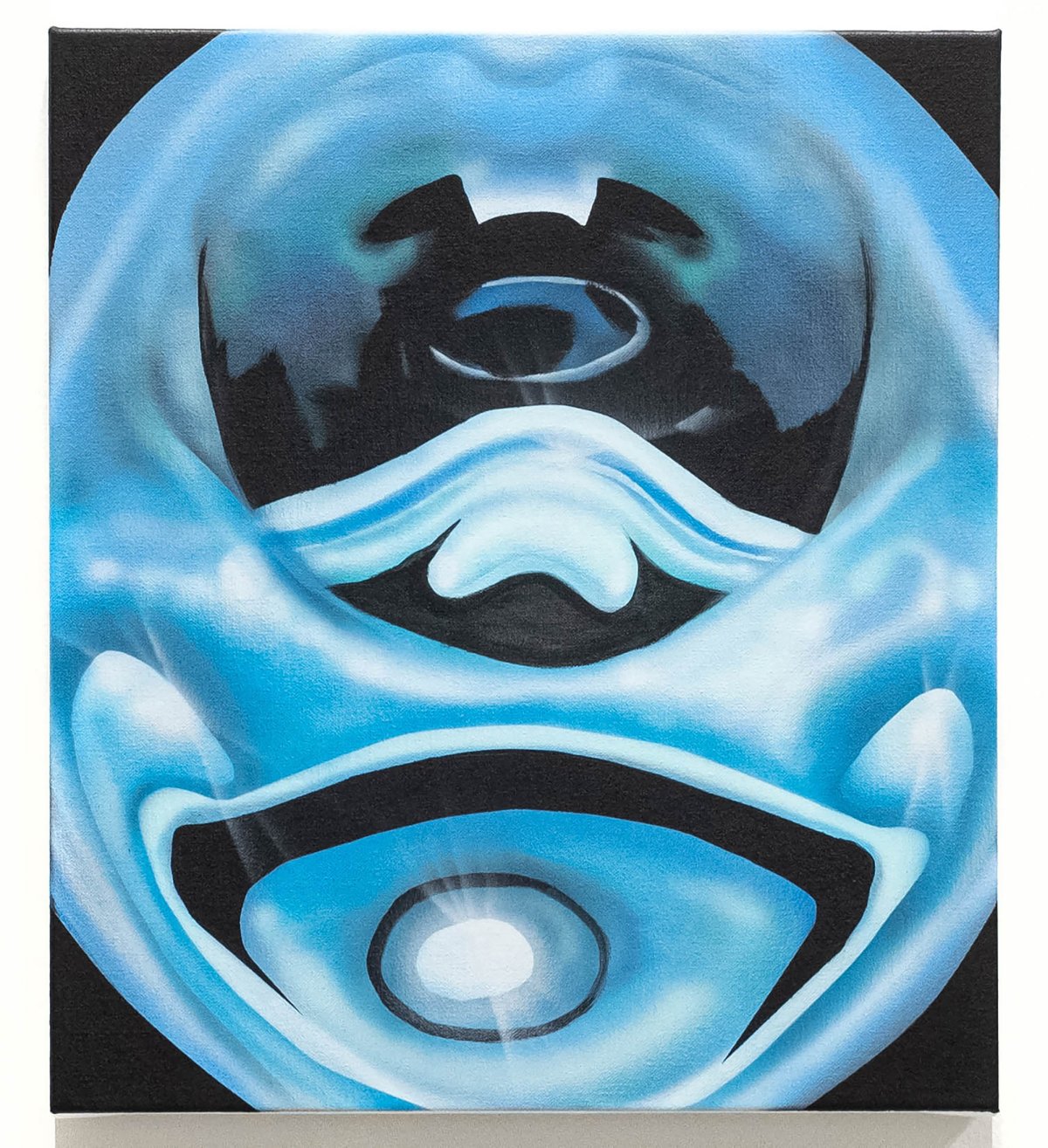 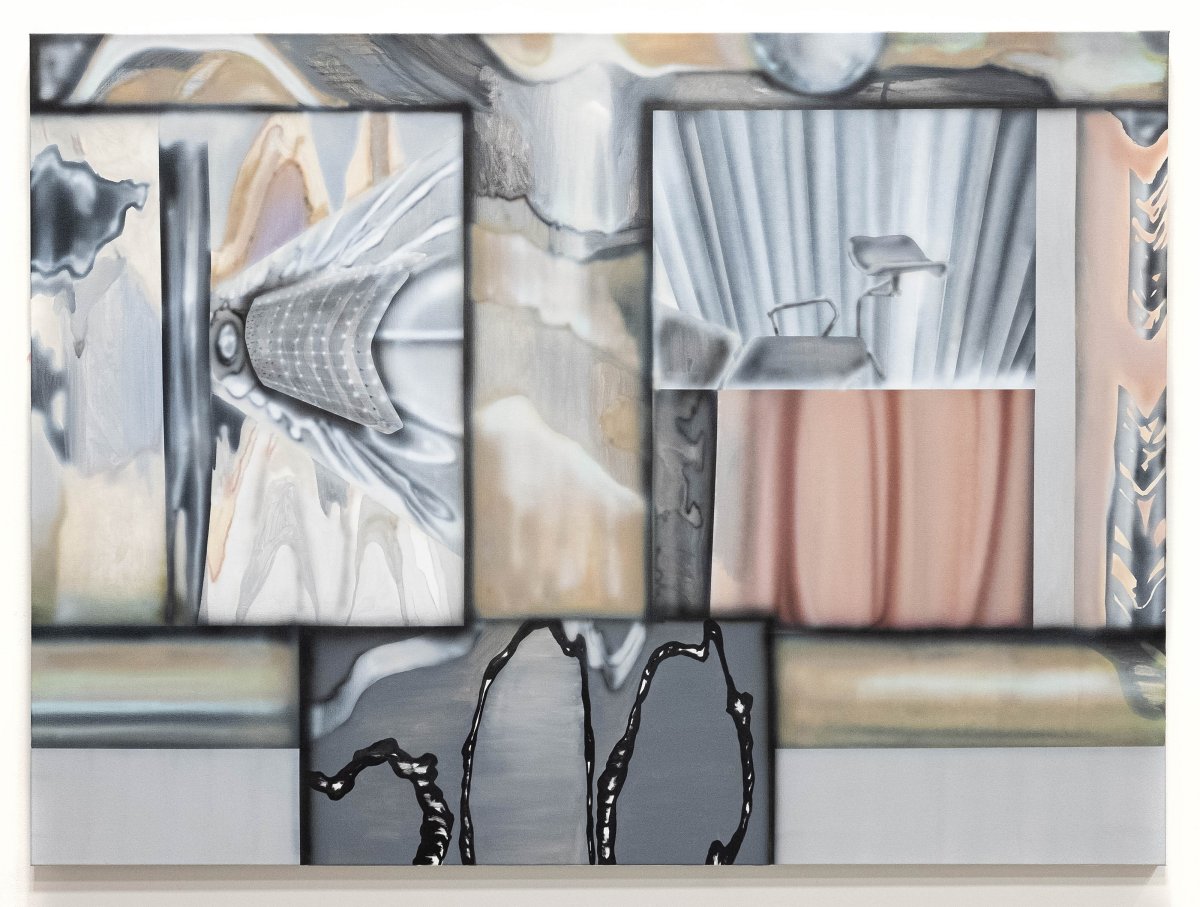 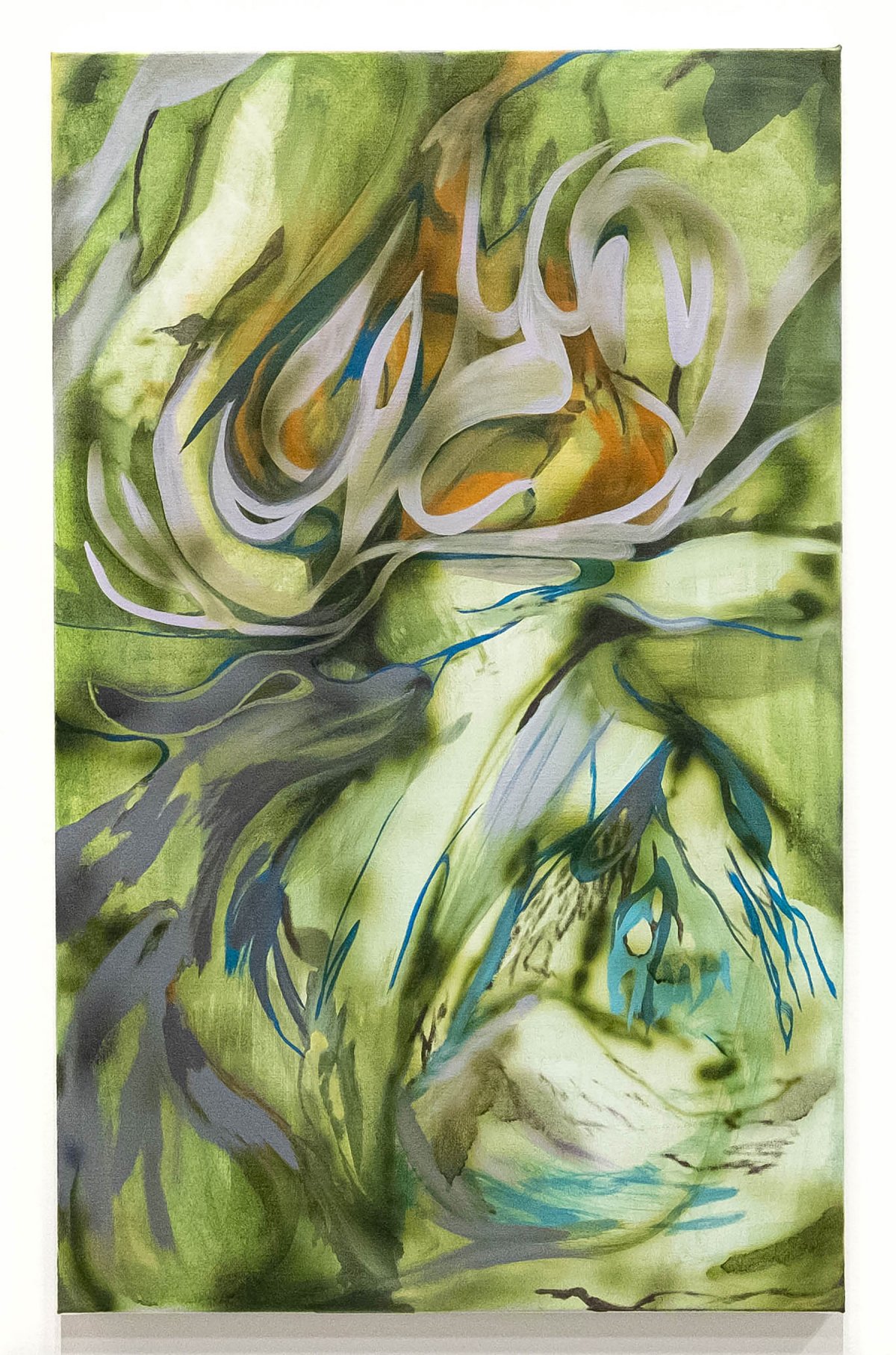 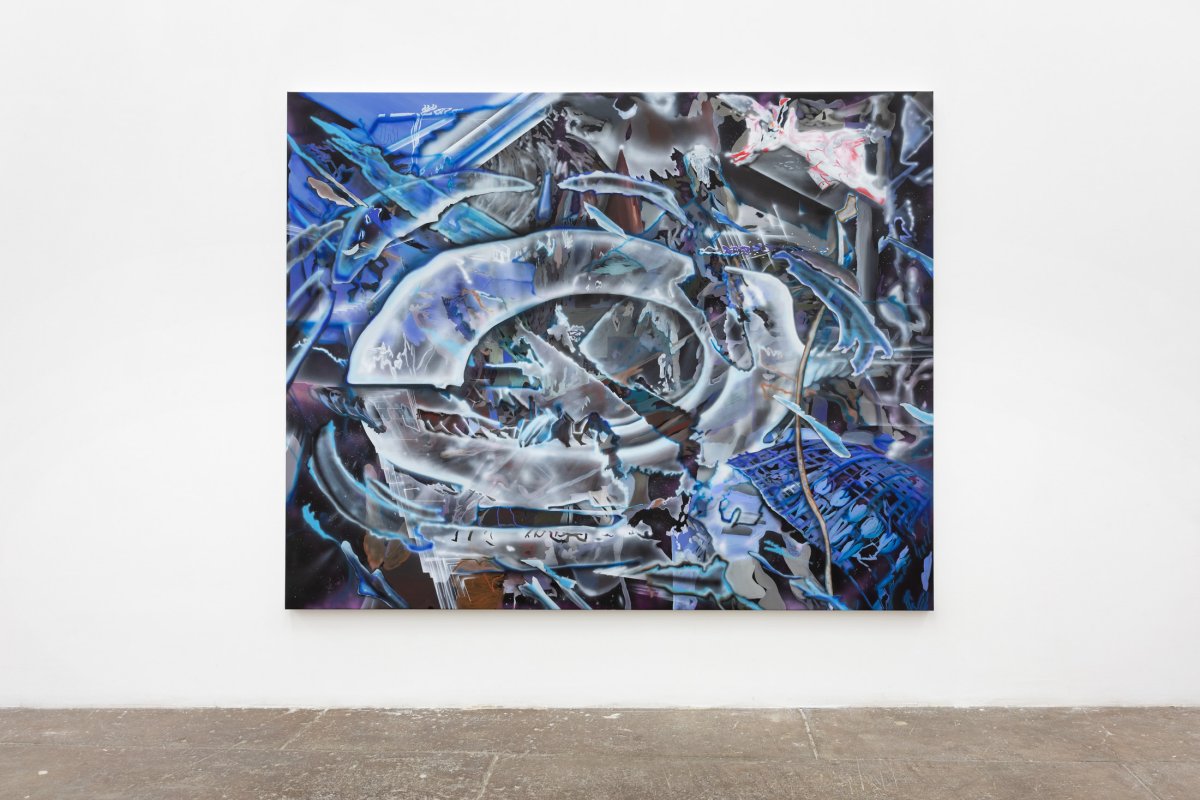 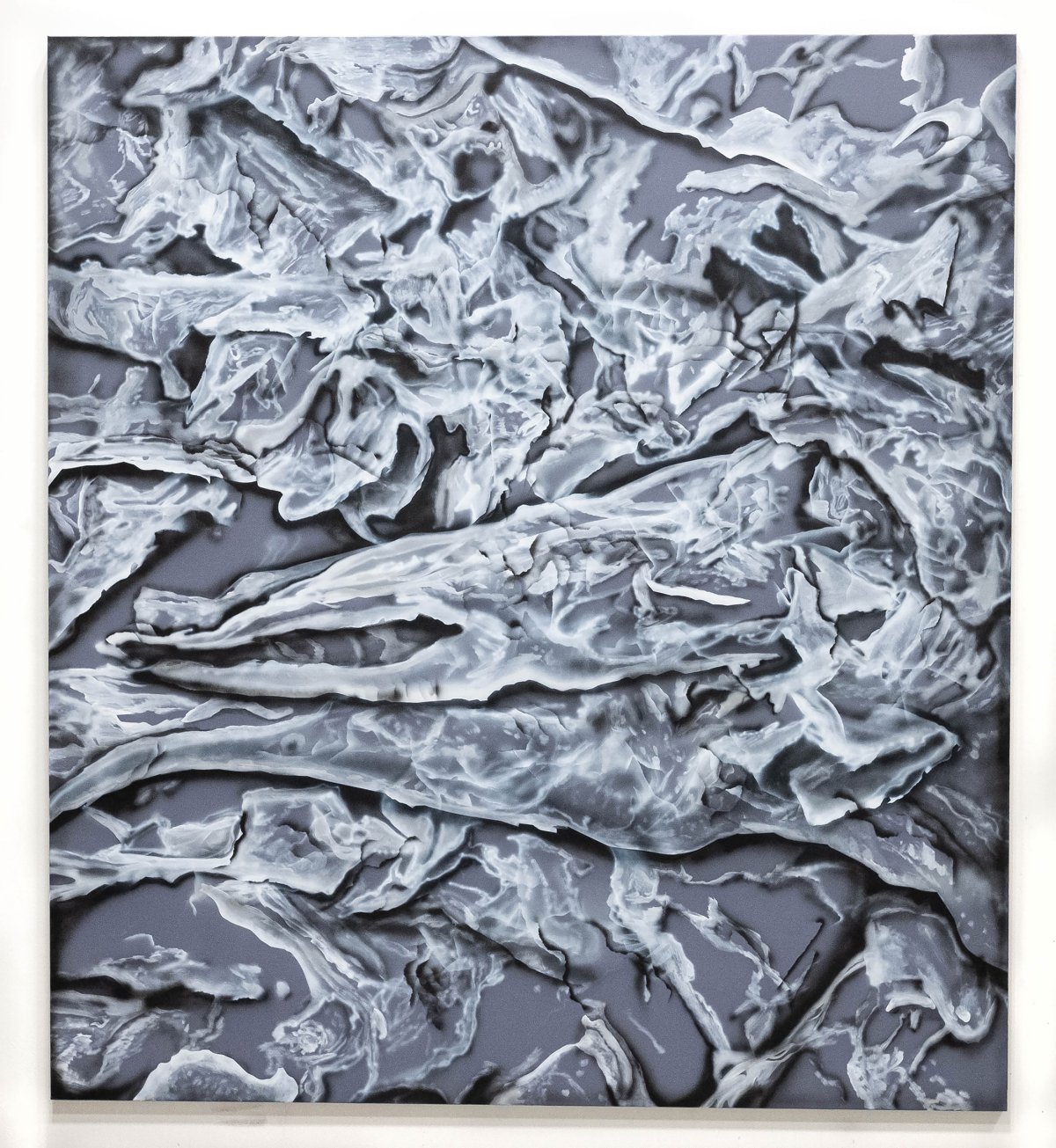 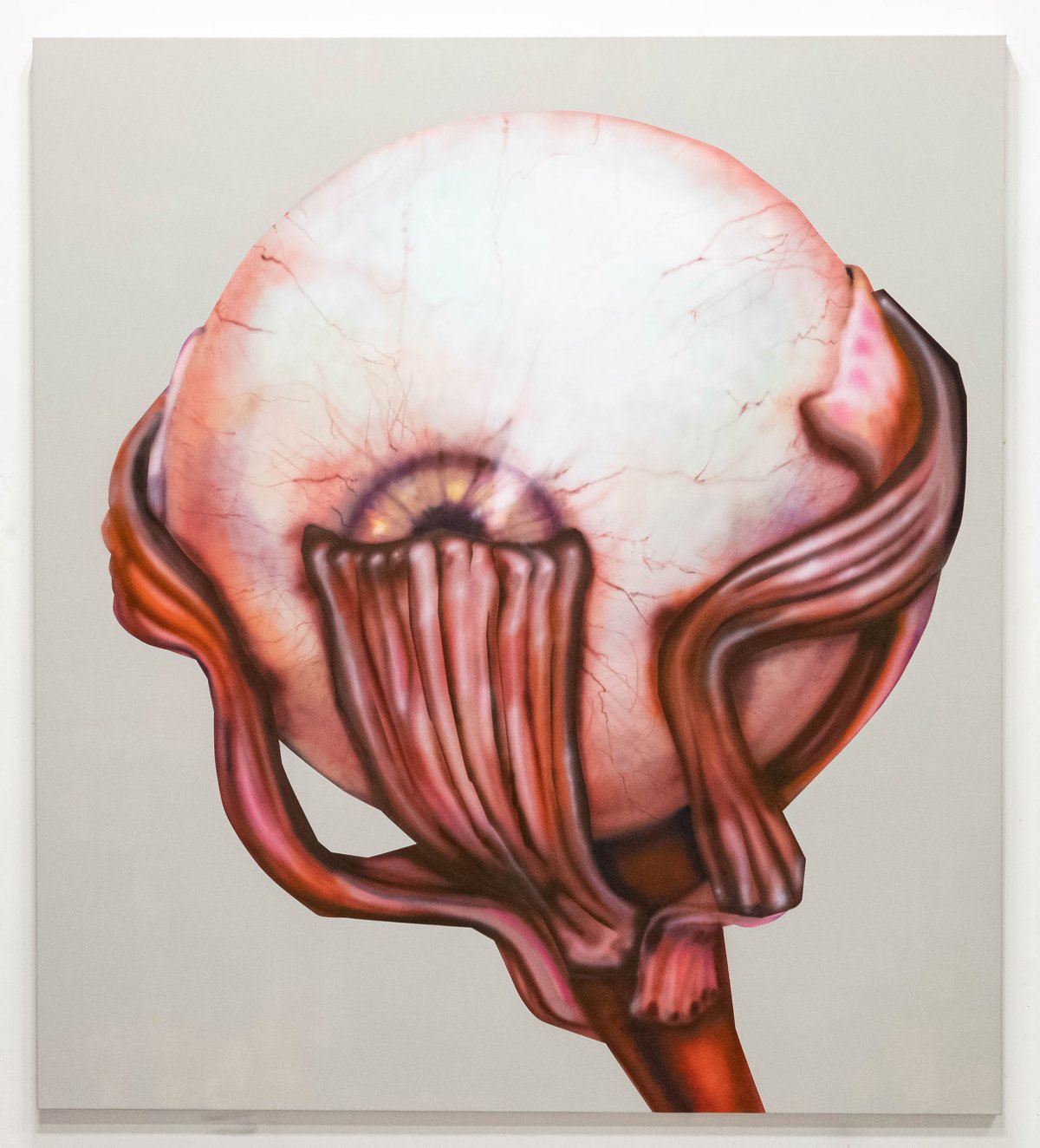 Gabrielė Adomaitytė
Too much blue, 2022 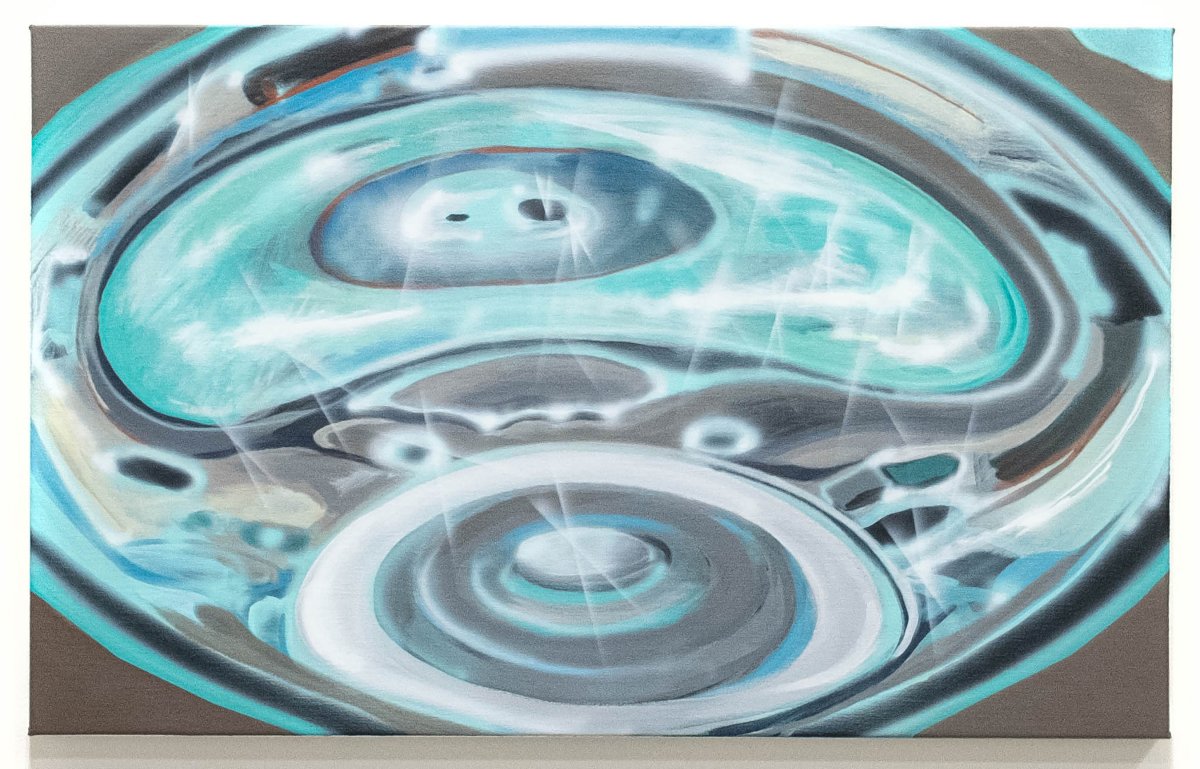 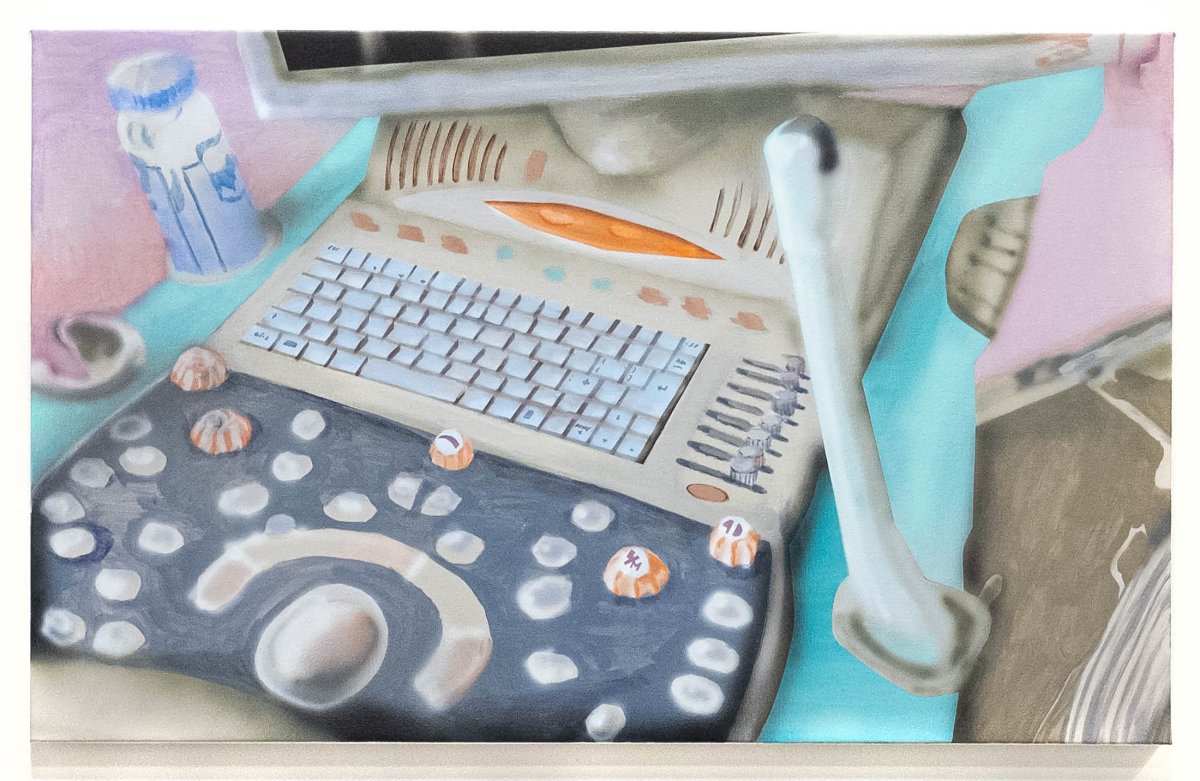 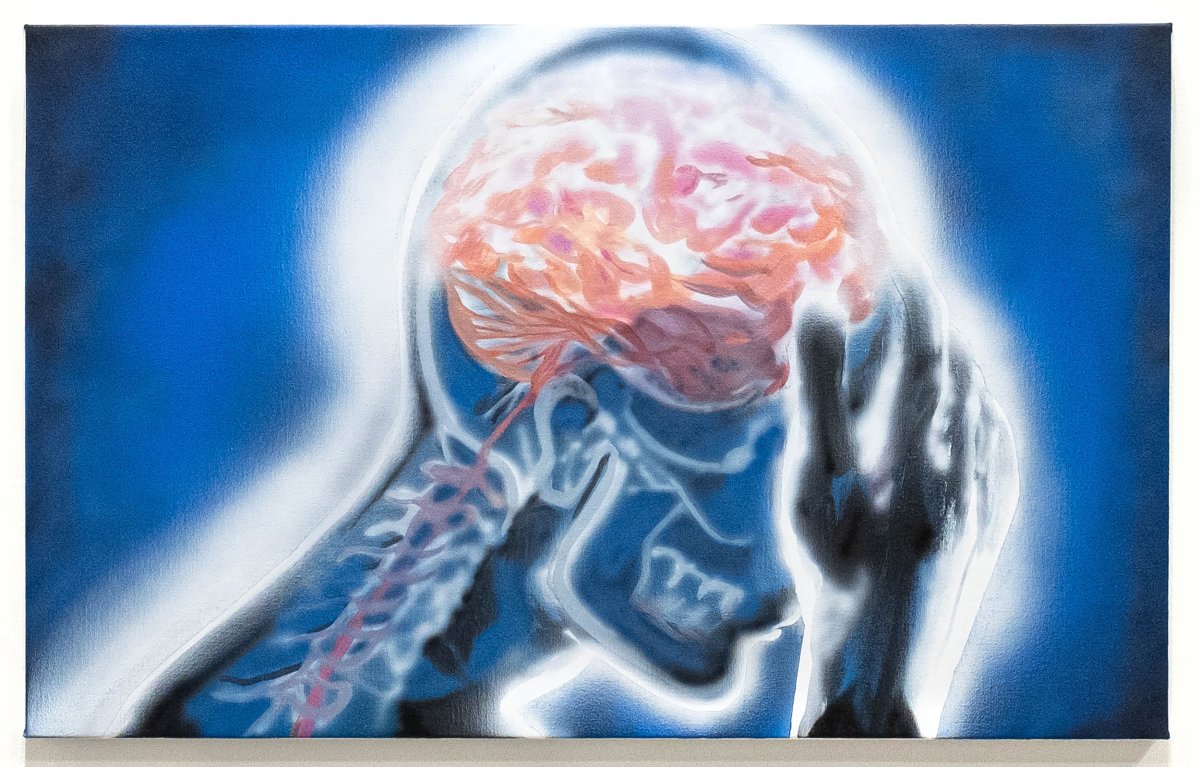 Gabrielė Adomaitytė
An aura to maintain, 2022 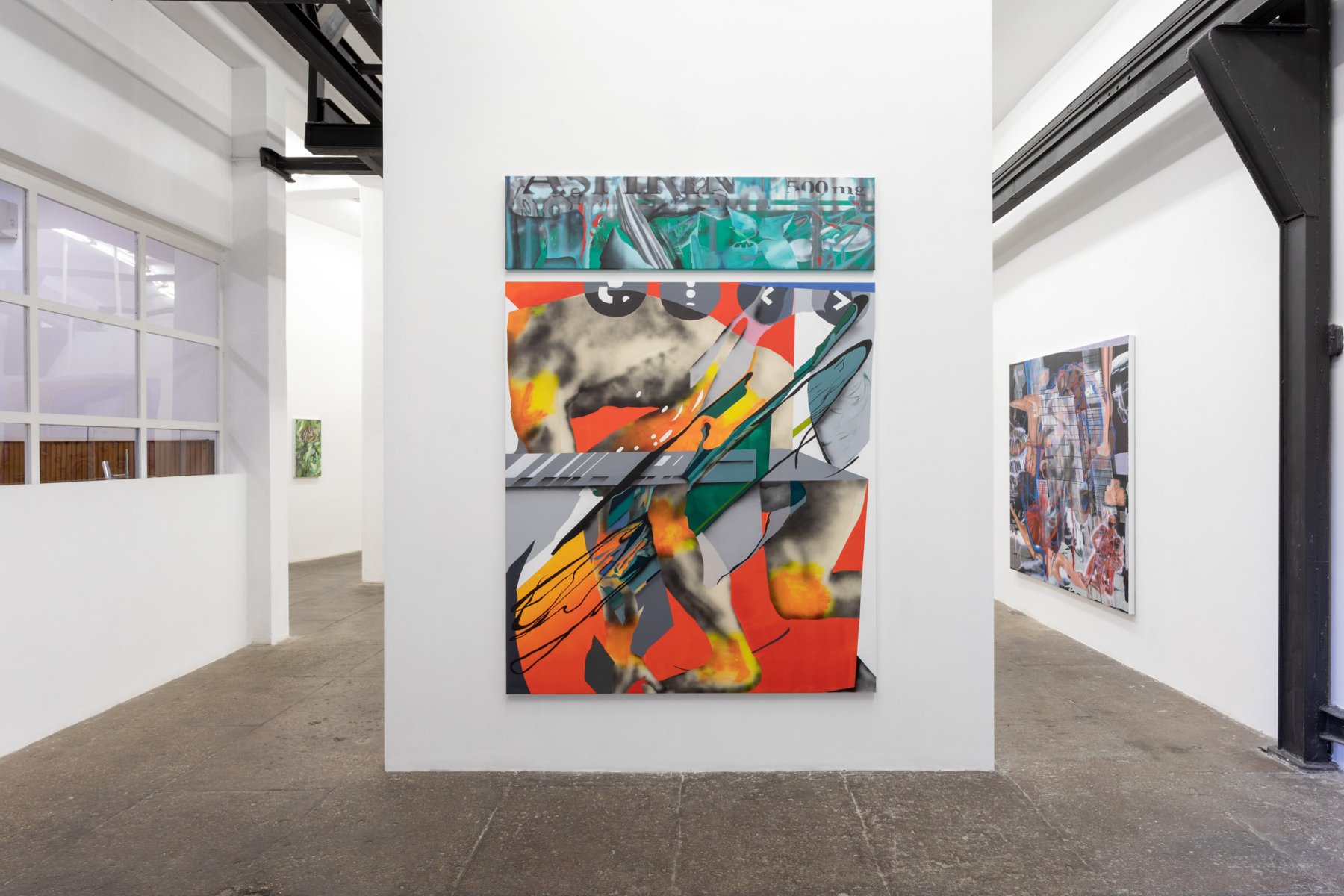 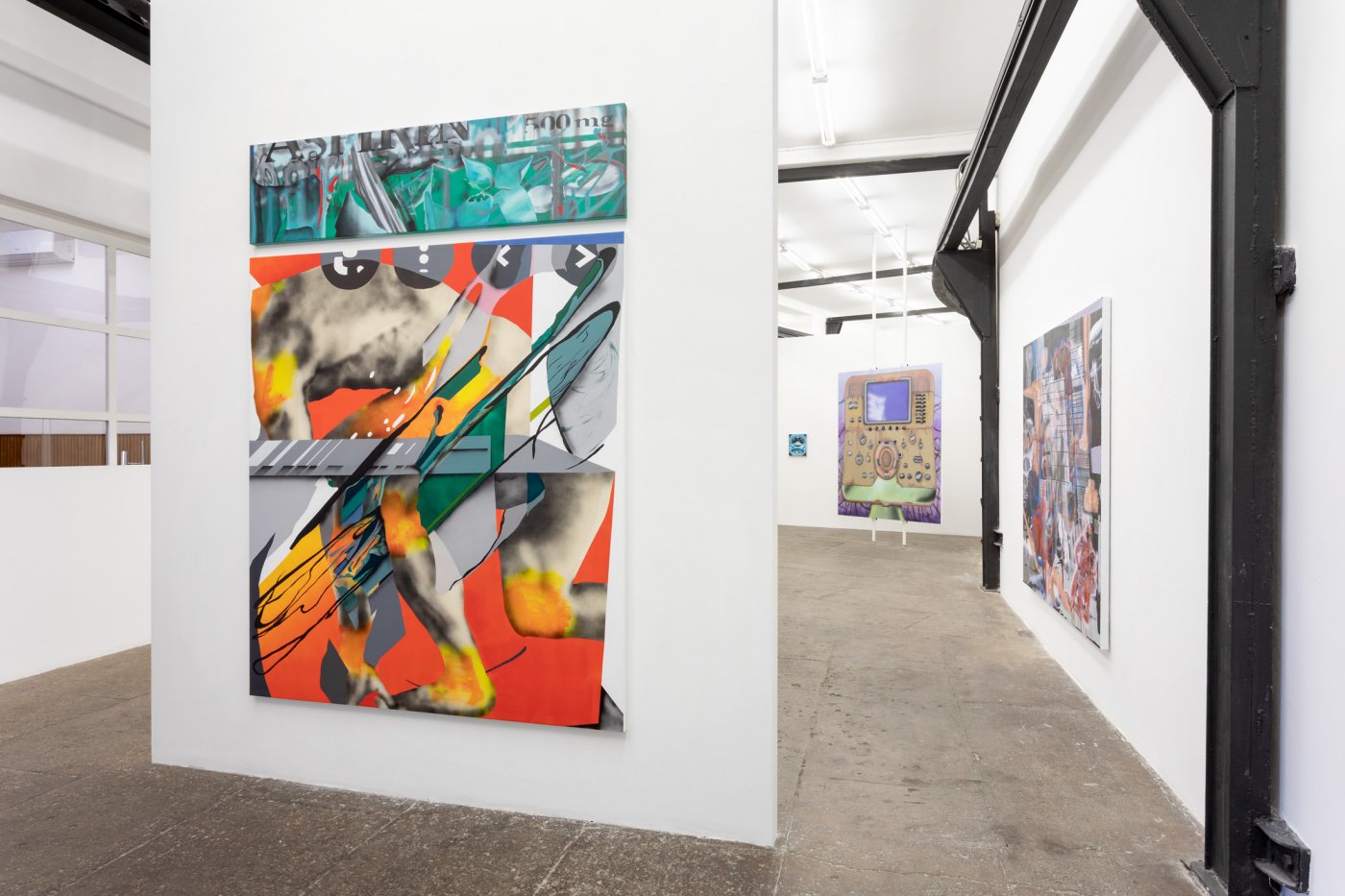 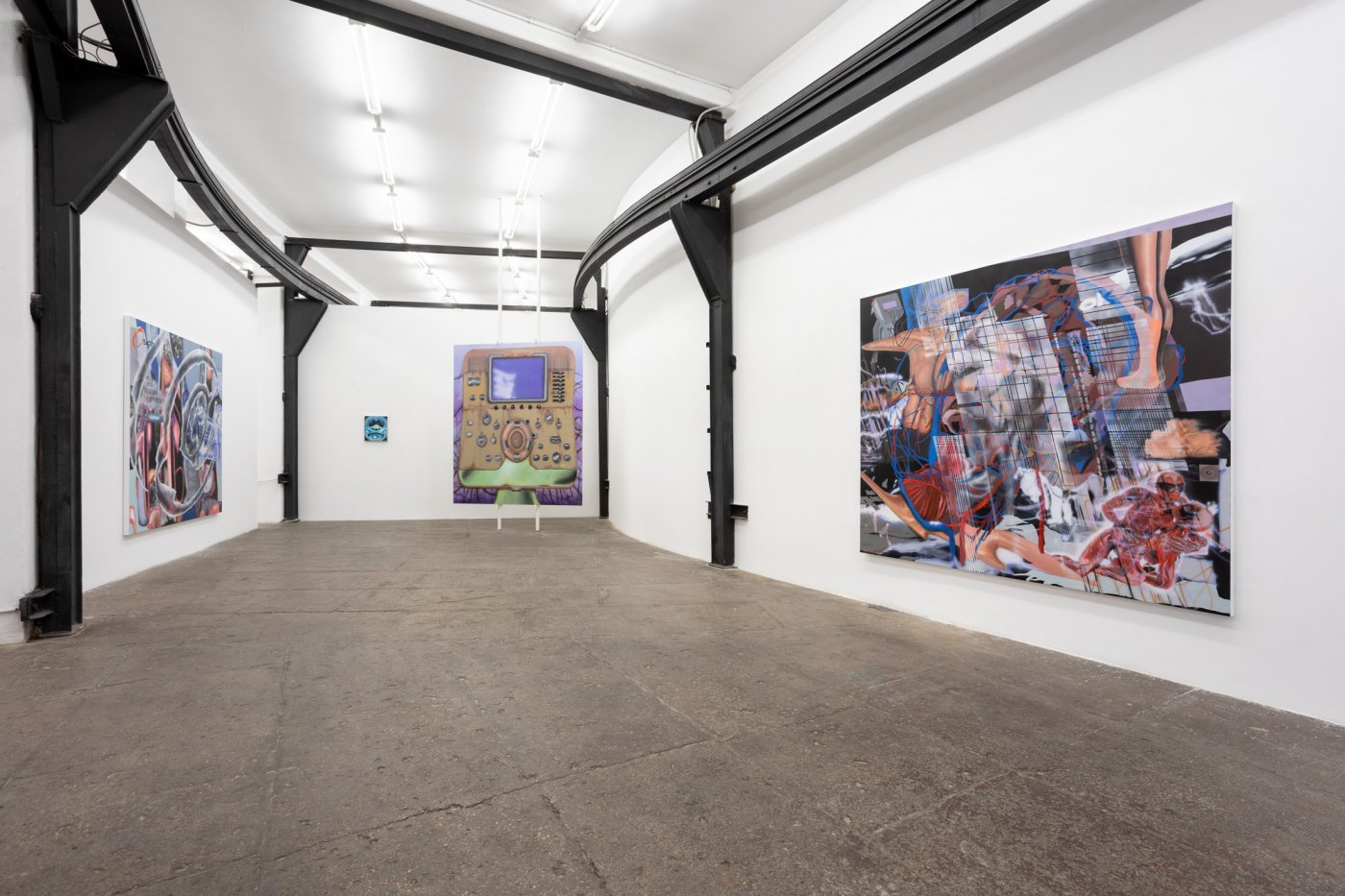 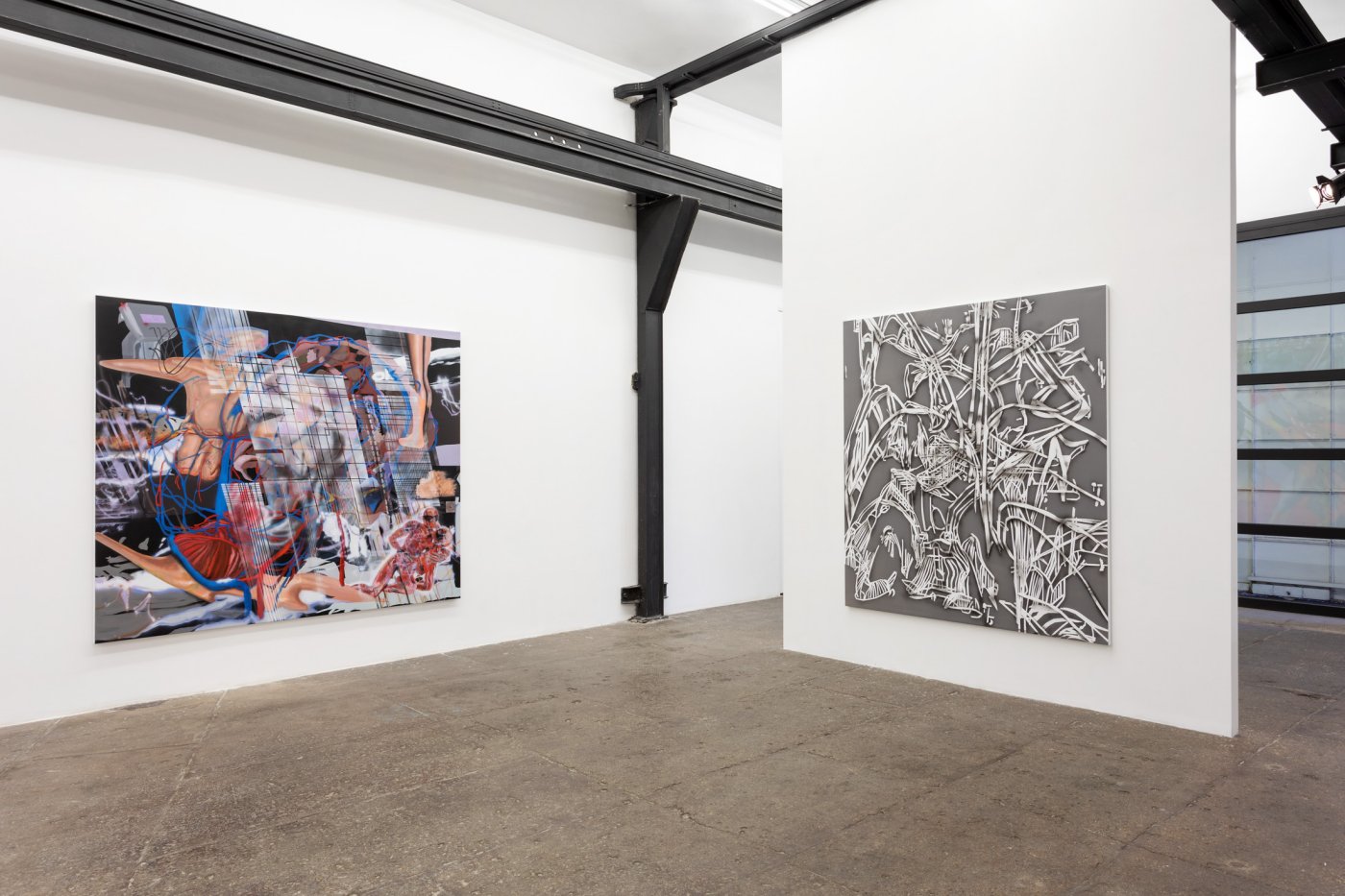 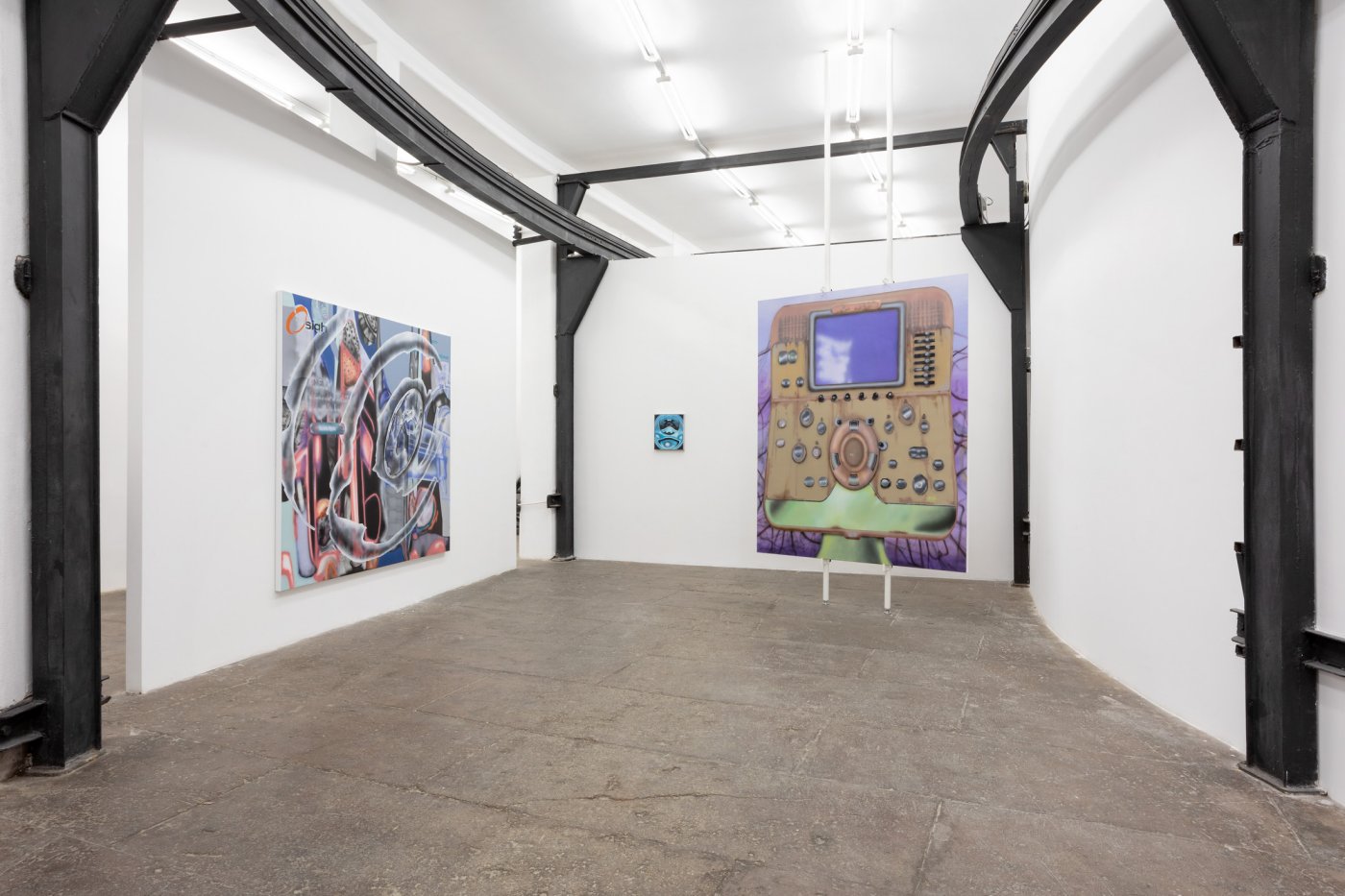 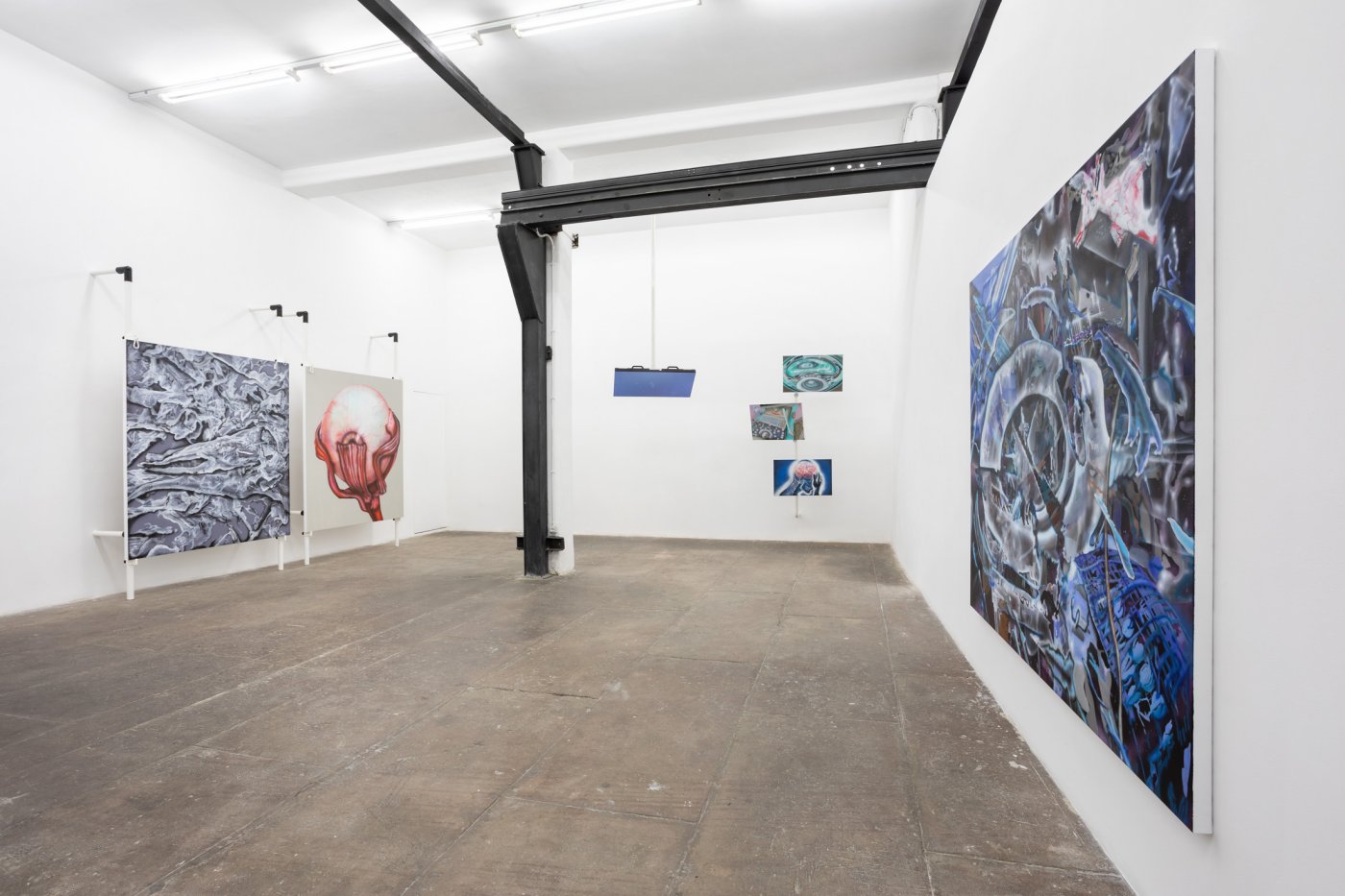 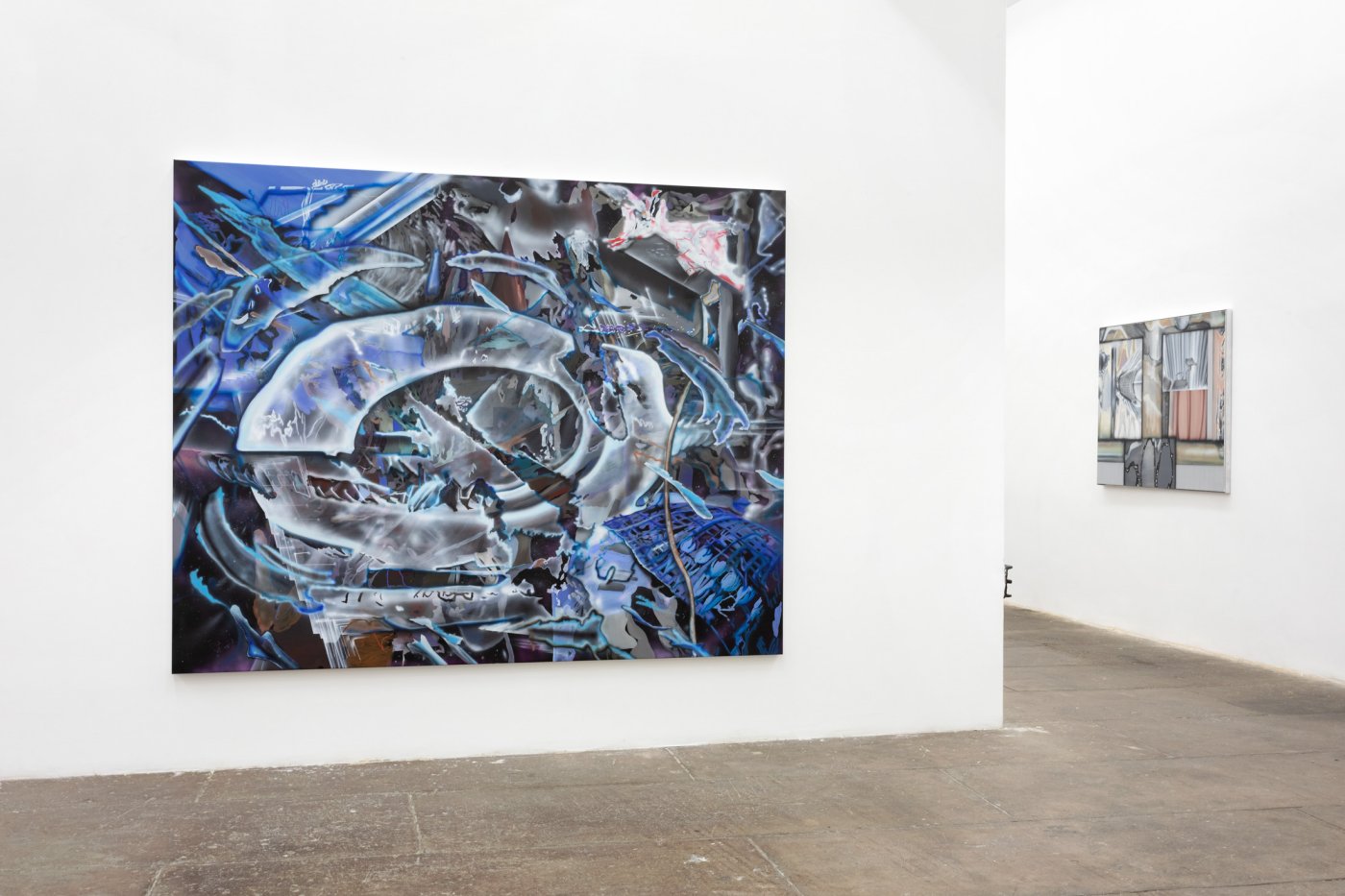 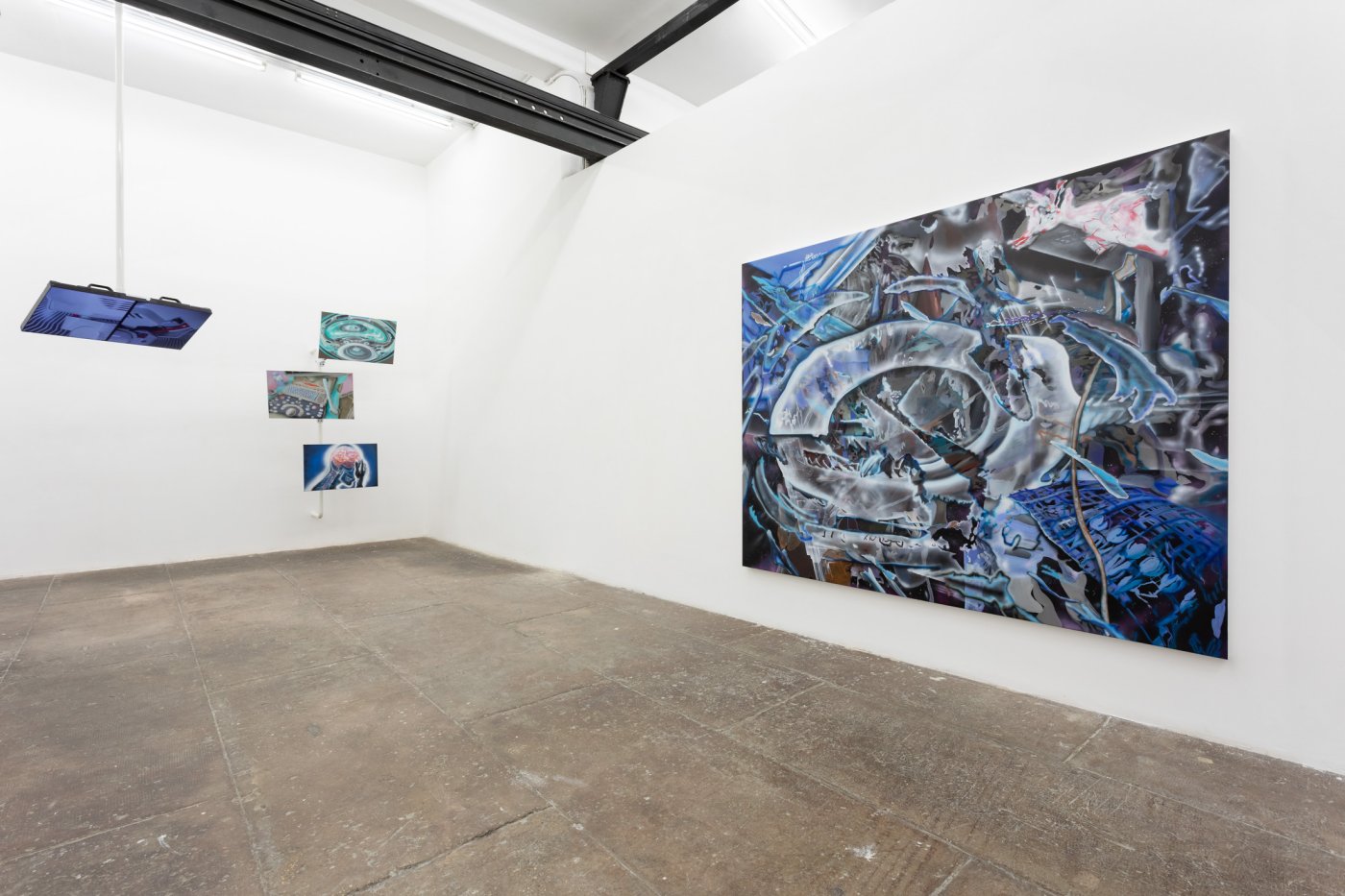 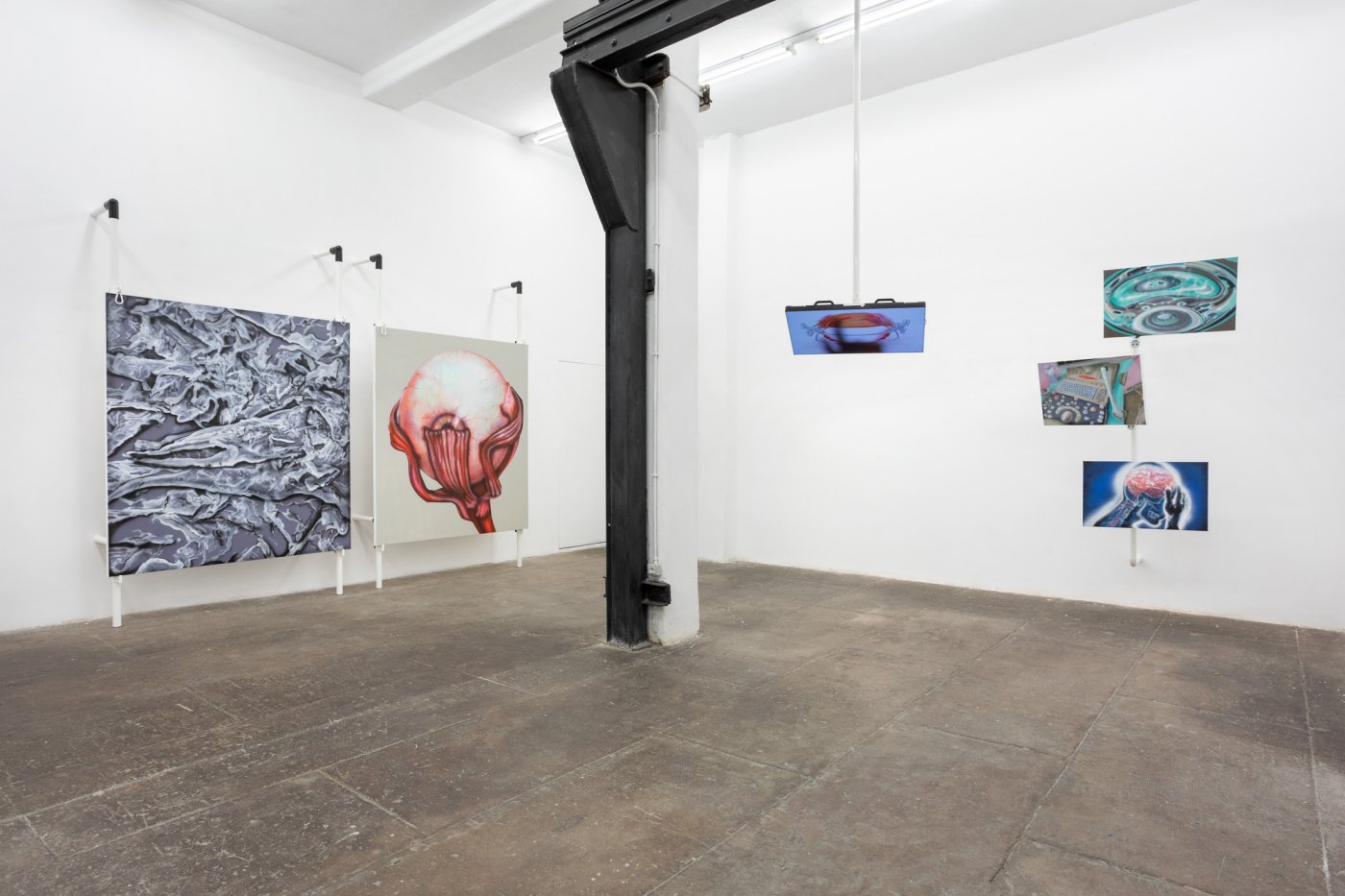 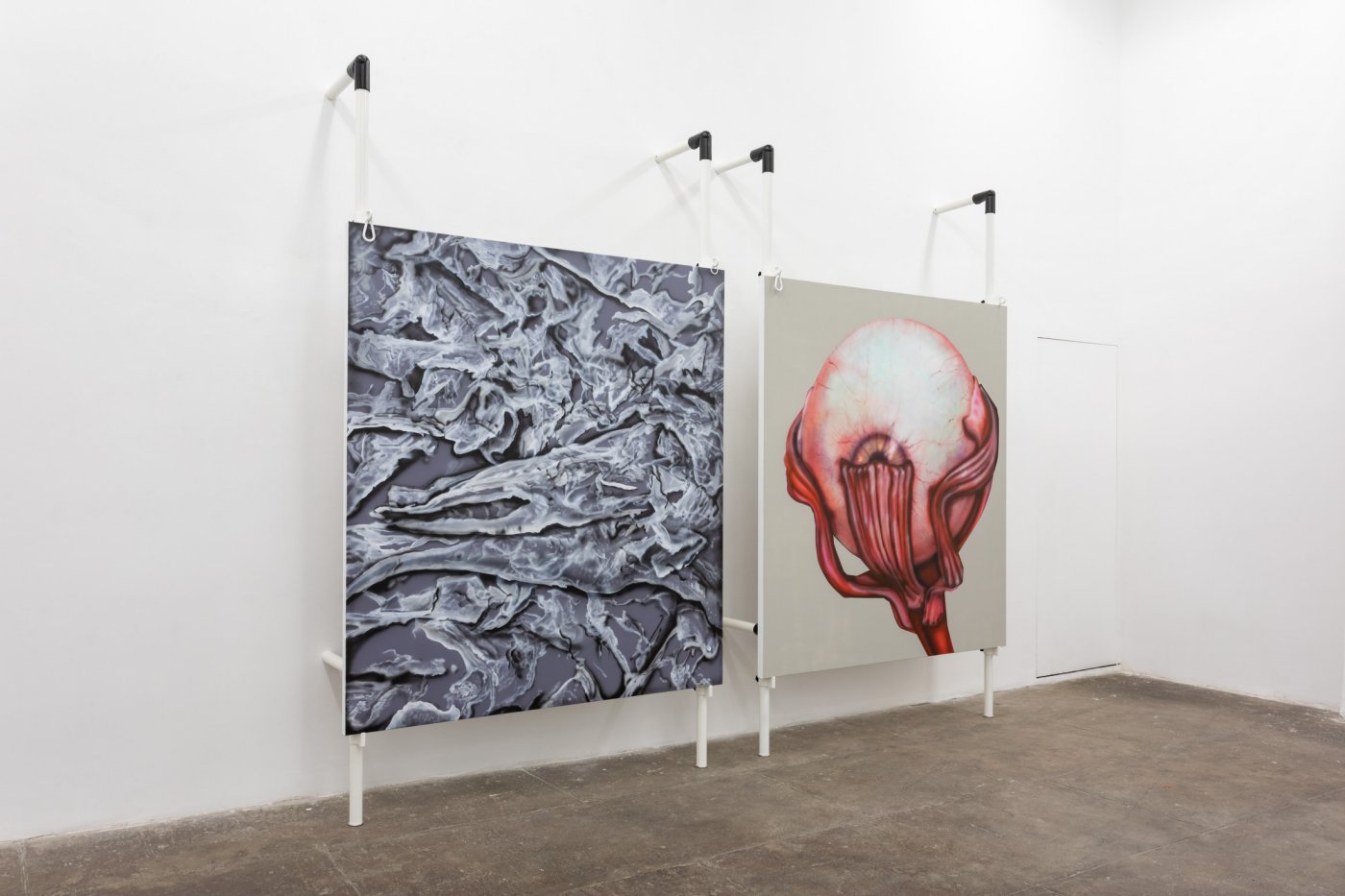 Gabrielė Adomaitytė’s paintings visually and thematically addresses the dynamics between bodies and the devices they are tethered to in contemporary society. In these new works the body becomes a template for various states of sensation related closely to the experience of digital media usage. The tired and disoriented body, navigating between device-screens which form subjectivity in extreme contemporaneity, is the subject which Adomaitytė surveys through her paintings. Bodies and their avatars fuse with medical instruments and apparitions of corporate identity, visualizing a present, recorded body that could be referred to as transactional and embedded within the techno-infused logic of the medical industry.

The paintings in the exhibition are presented as groupings of works and in combinations. Large canvases such as all in one cerebral suite deliberately make use of the range of possibilities in Adomaitytė’s visual language while at the same time putting into focus the thematics at play. In this work is a cascade of figurative elements —a coupling of figures which appear to be burned in the bottom right, hands, veins, a heart— creating a scrim with the wiring of medical equipment (un)plugged to the body. A large semi-opaque grid similar to solar panels is weaved into the piece, appearing to disrupt any narrative of bod(il)y functioning— a main theme in the works of Adomaitytė. Another painting, numb trances, abstracts what was once an IKEA lamp into a coiled pattern of spirals, touching all sides of the canvas: it is a performance of the haptic-optical tension between abstraction and concreteness that was already characteristic of Adomaitytė’s earlier work.

With the new body of work comes an experimental installation to display the paintings as objects interfaced with devices, which addresses the corporeal qualities they suggest within the frame of the white cube. Adomaitytė has produced in close collaboration with a fabricator standing structures which clamp the canvases into place on aluminum poles, powder coated white, pushing the placement of the paintings to the center of the rooms. The framing devices, holding the works in place, become extensions of the paintings – as themselves extensions of the gallery infrastructure – as much as the paintings integrate to these devices: what becomes the body of the work is left to the viewer to decide. Different arrangements of paintings are installed on the poles, on handles coming off the wall, and flush against the wall: the reference to medical and waiting rooms is accentuated by the installation of a screen coming down from the ceiling to display the collaborative video work Time to First Byte (2022) between Adomaitytė and Gagnon. The found footage video is collaged in a way which jumps and cuts the narrative of representation; as a feedback loop with a rapid test guiding the eye, the fidelity of this representation is experienced as an unreal reality.

In reference to the title of the exhibition, a saccadic movement of the eye occurs when it jumps from one detail to the other at rapid pace — the exhibition design reinforces these slips of the eye, where a site of construction awaits the viewer. The paintings, hinged in space as active observing agents, create a rhythmic assembly of their own that again places the viewer in a dynamic between space, body, device and screen: the eyes must scroll to grasp the saccade structure where fragmentation becomes form.