In a way, my dream is to one day make a world that is as fantastic and perfect as a tree.
Gabriel Orozco

Thirty years after his first exhibition at the gallery in 1993, Galerie Chantal Crousel is delighted to welcome Gabriel Orozco’s eighth solo exhibition in Paris, with a selection of new works forming like a diary compiled between Tokyo and Mexico City, where he currently lives and works. 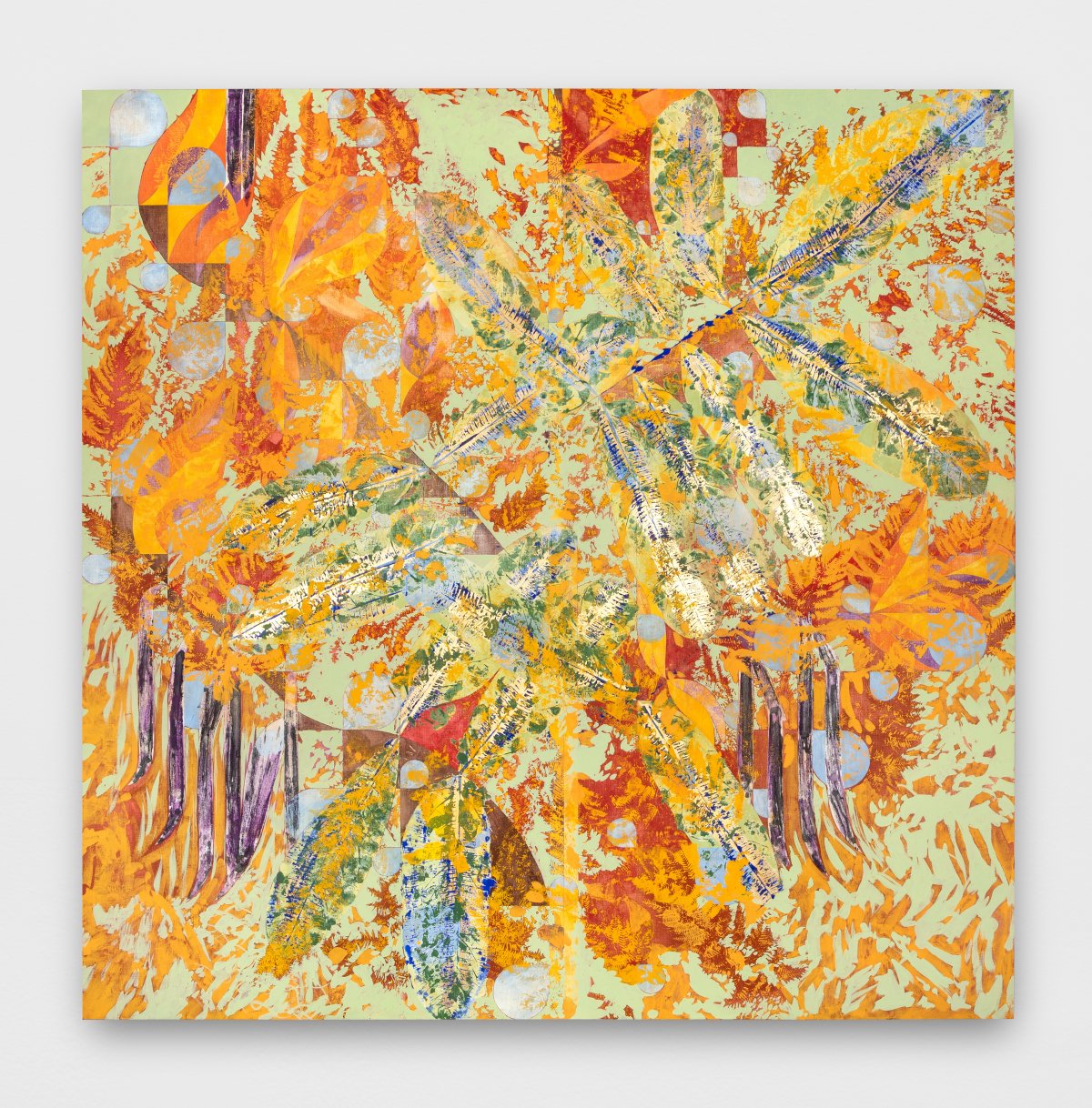 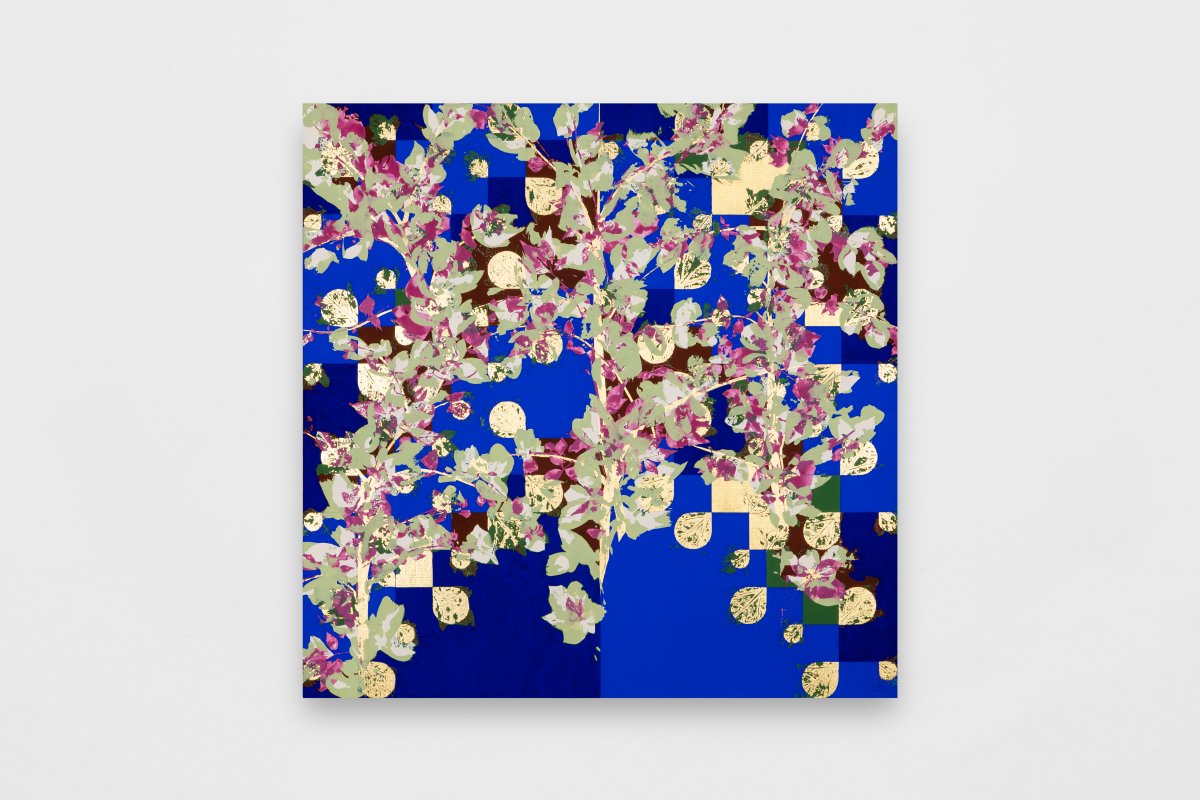 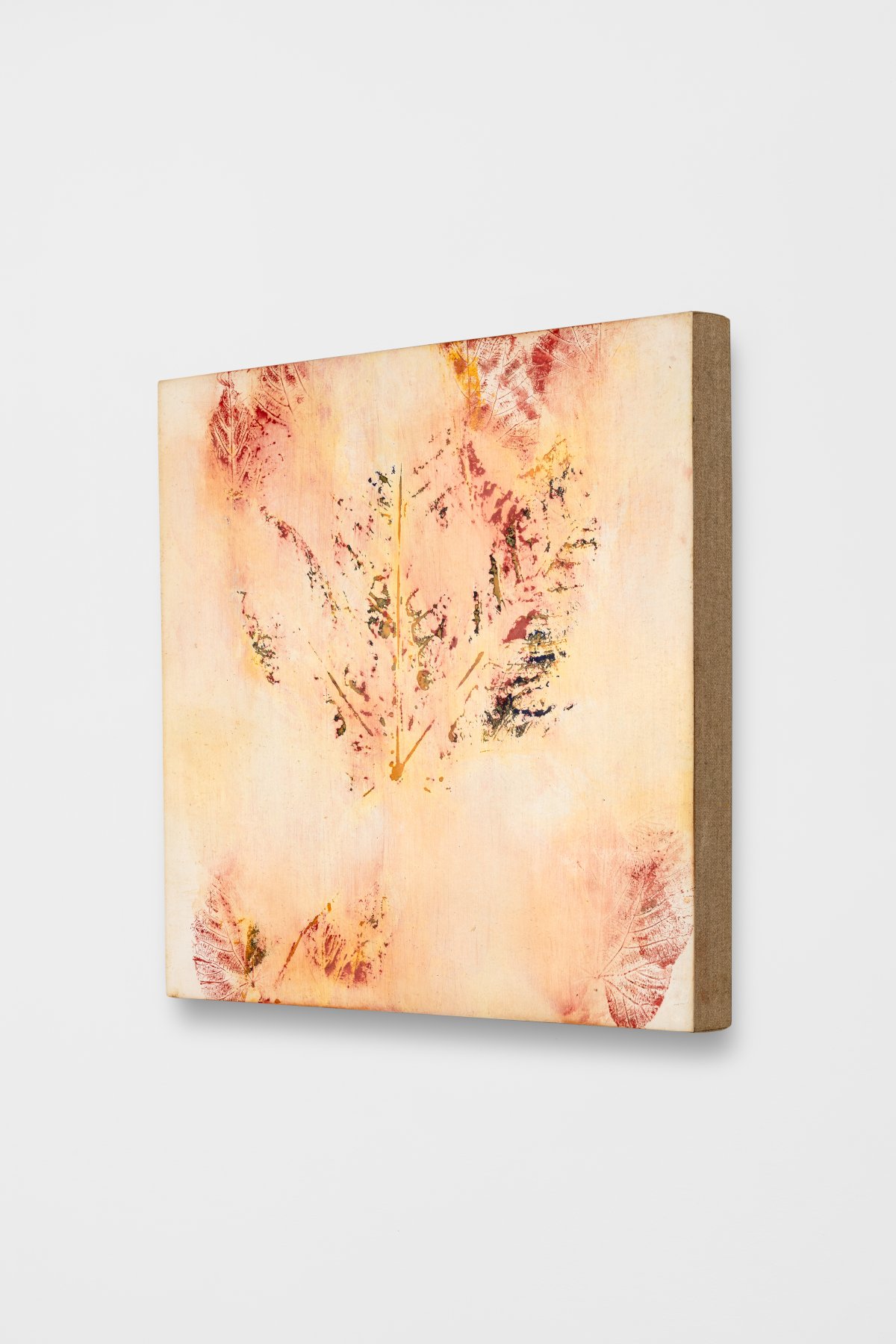 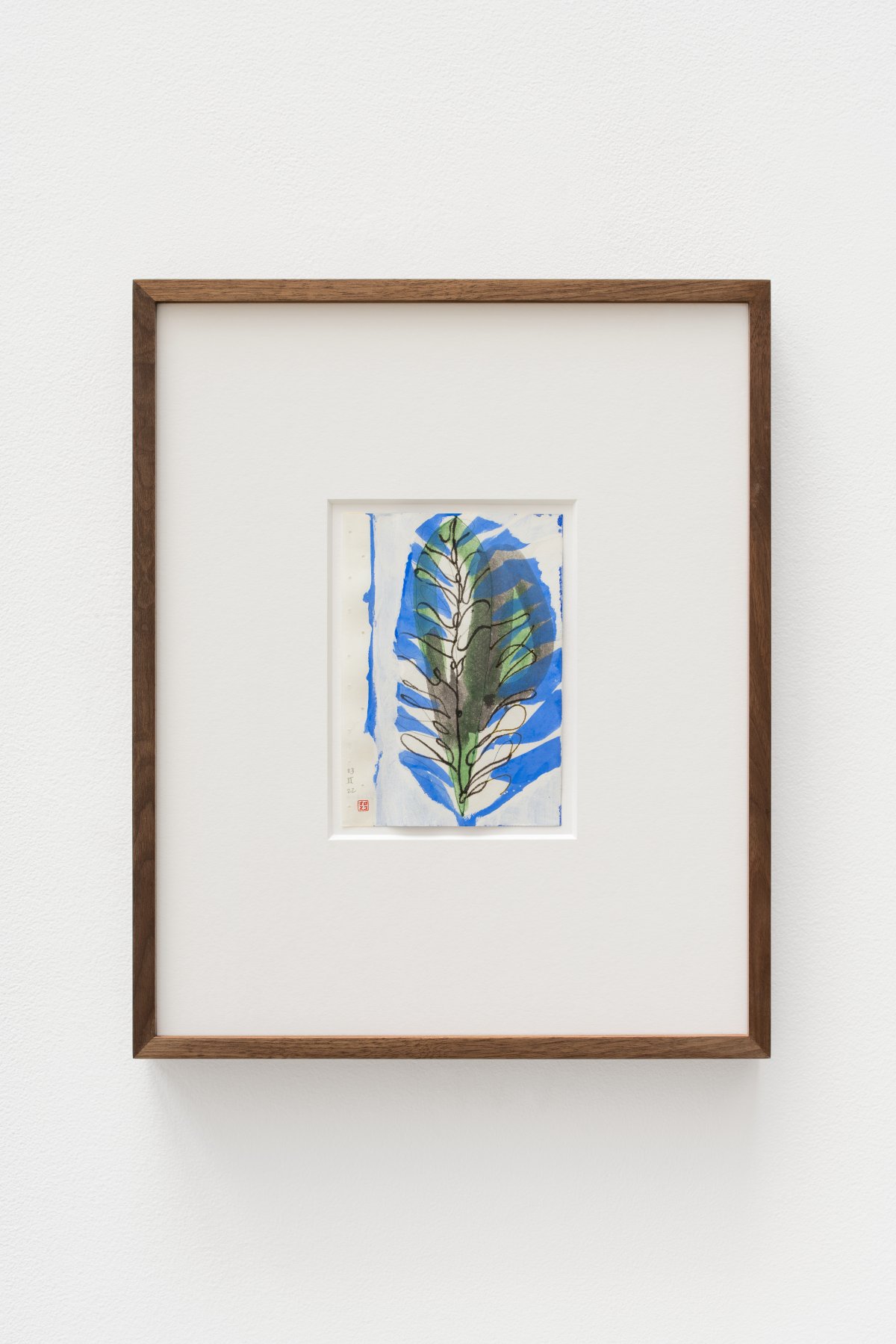 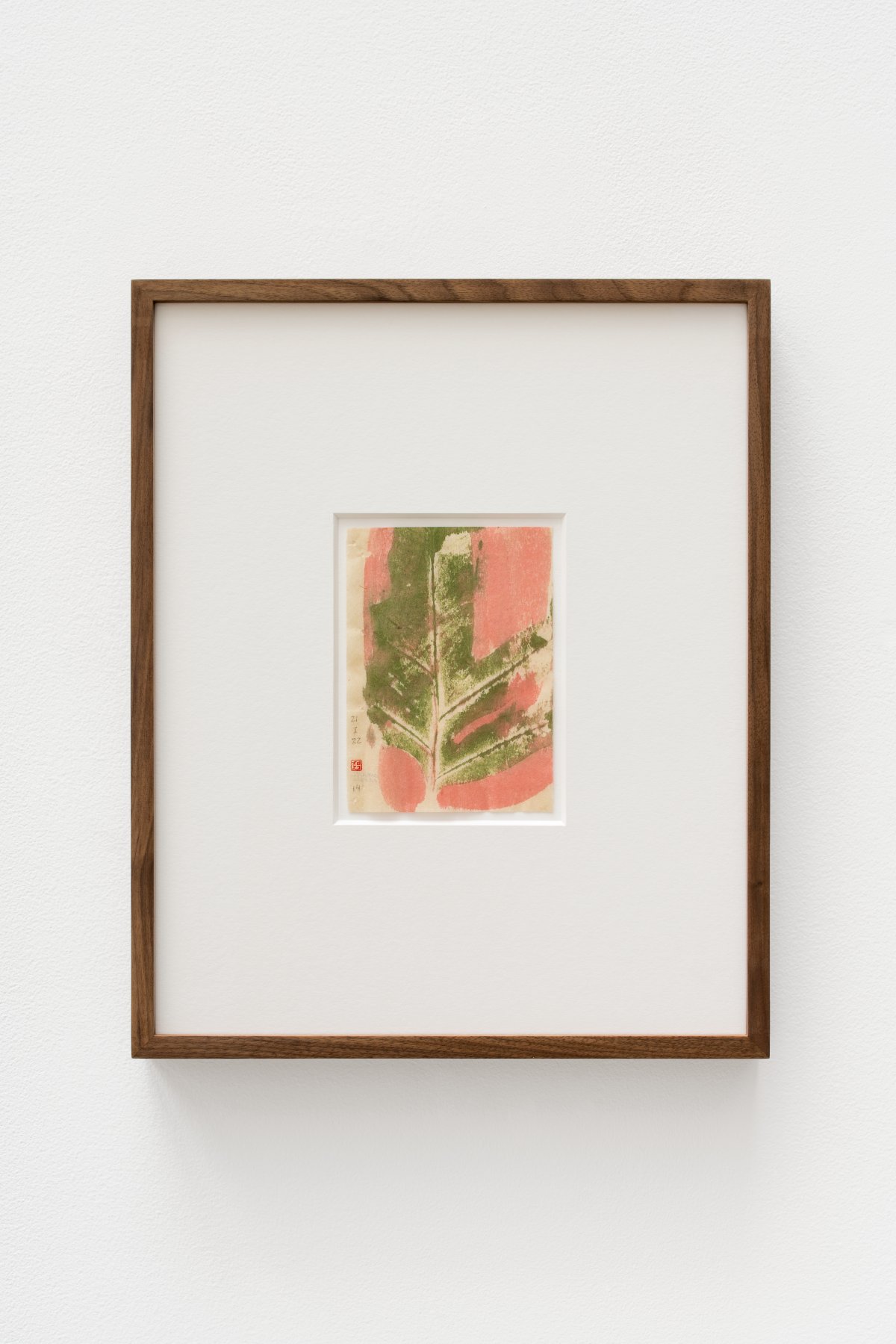 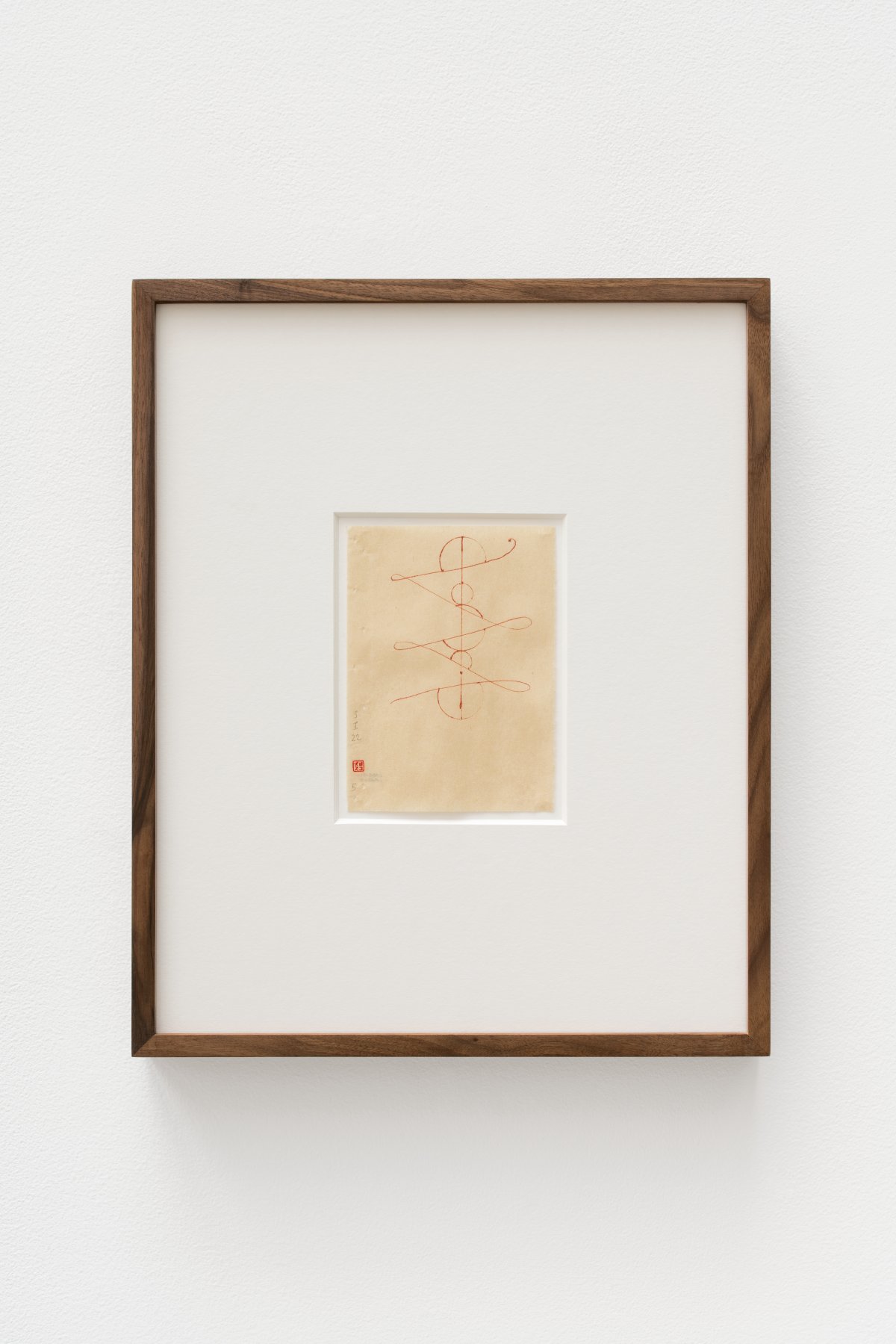 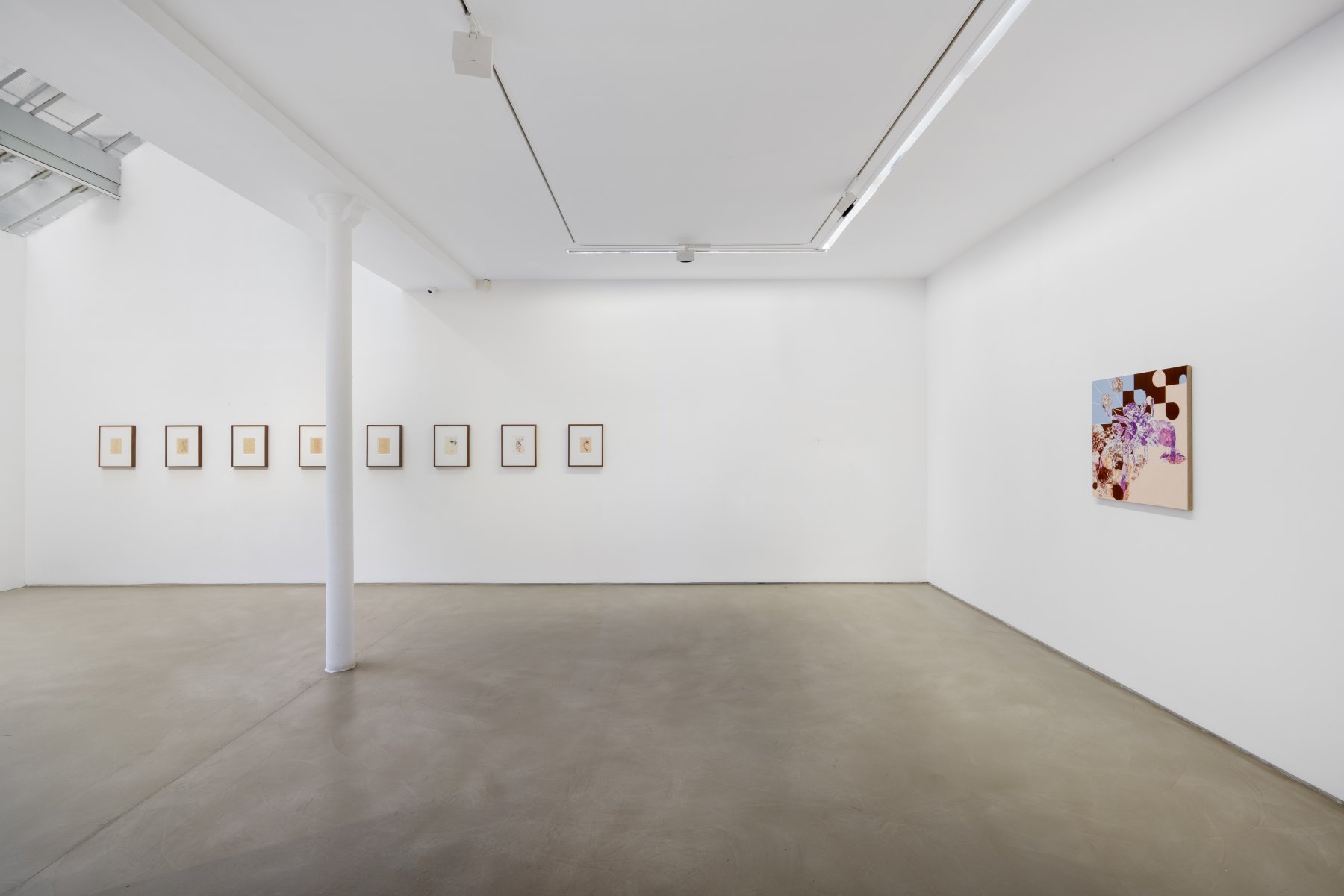 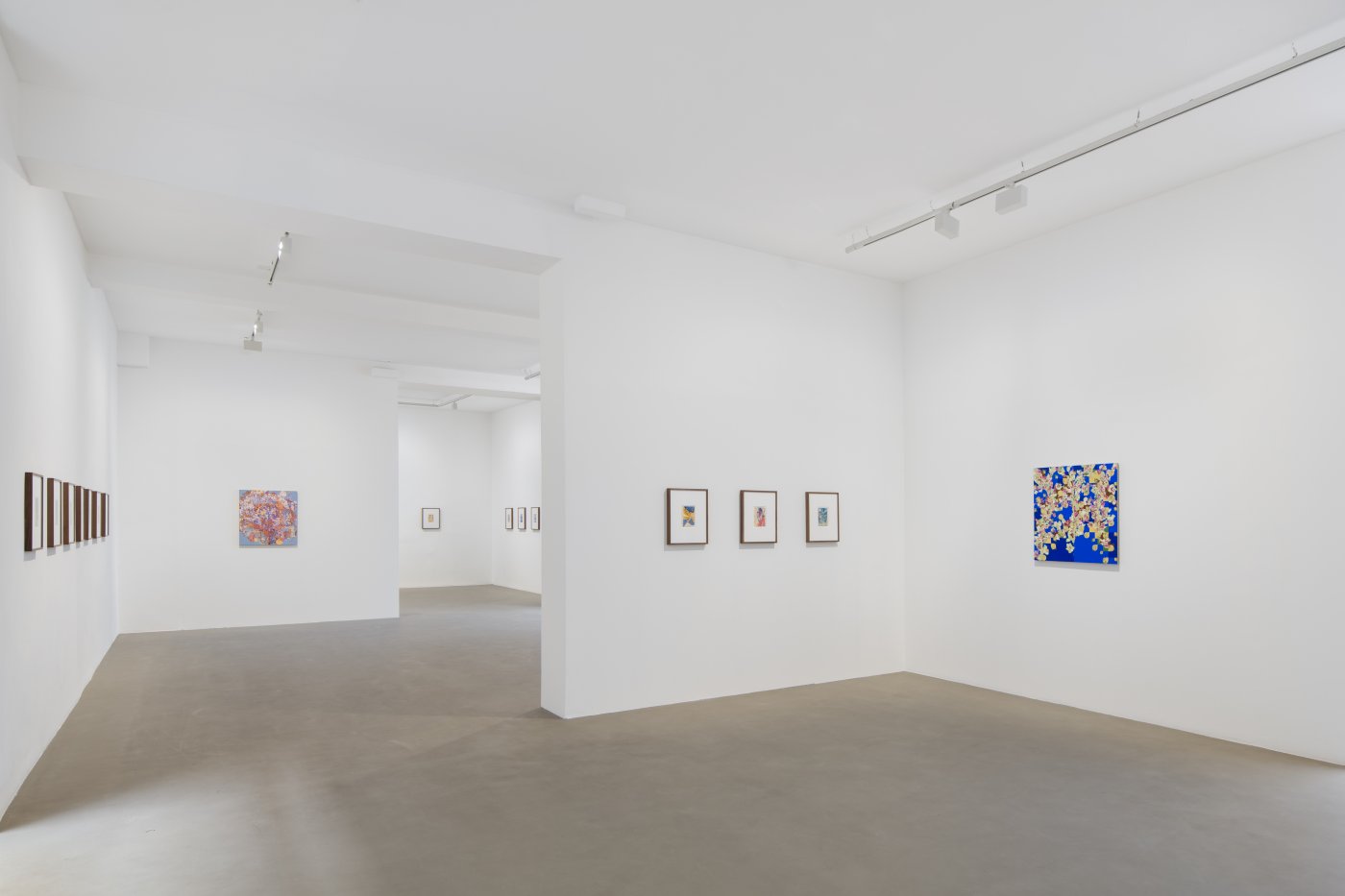 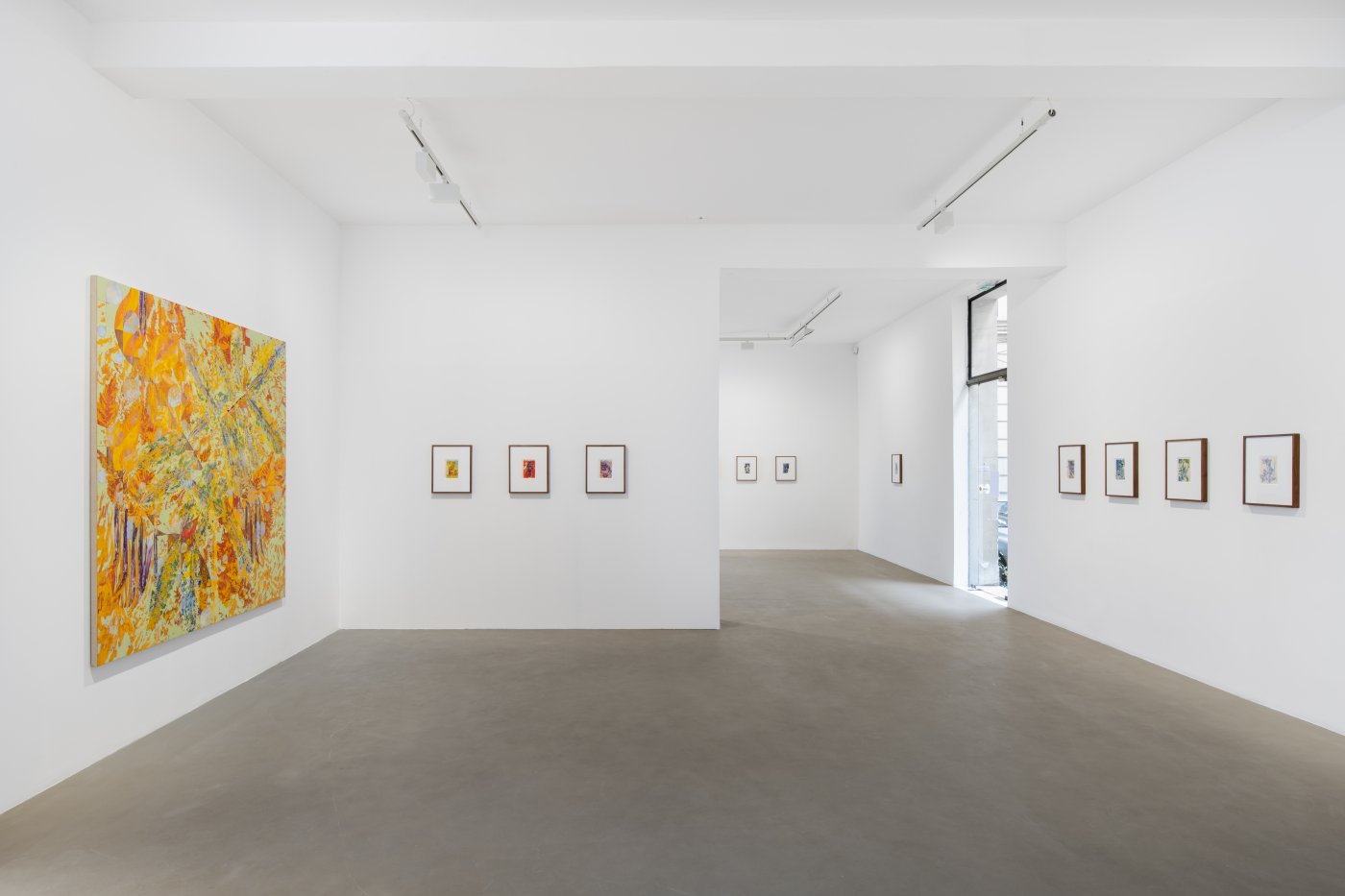 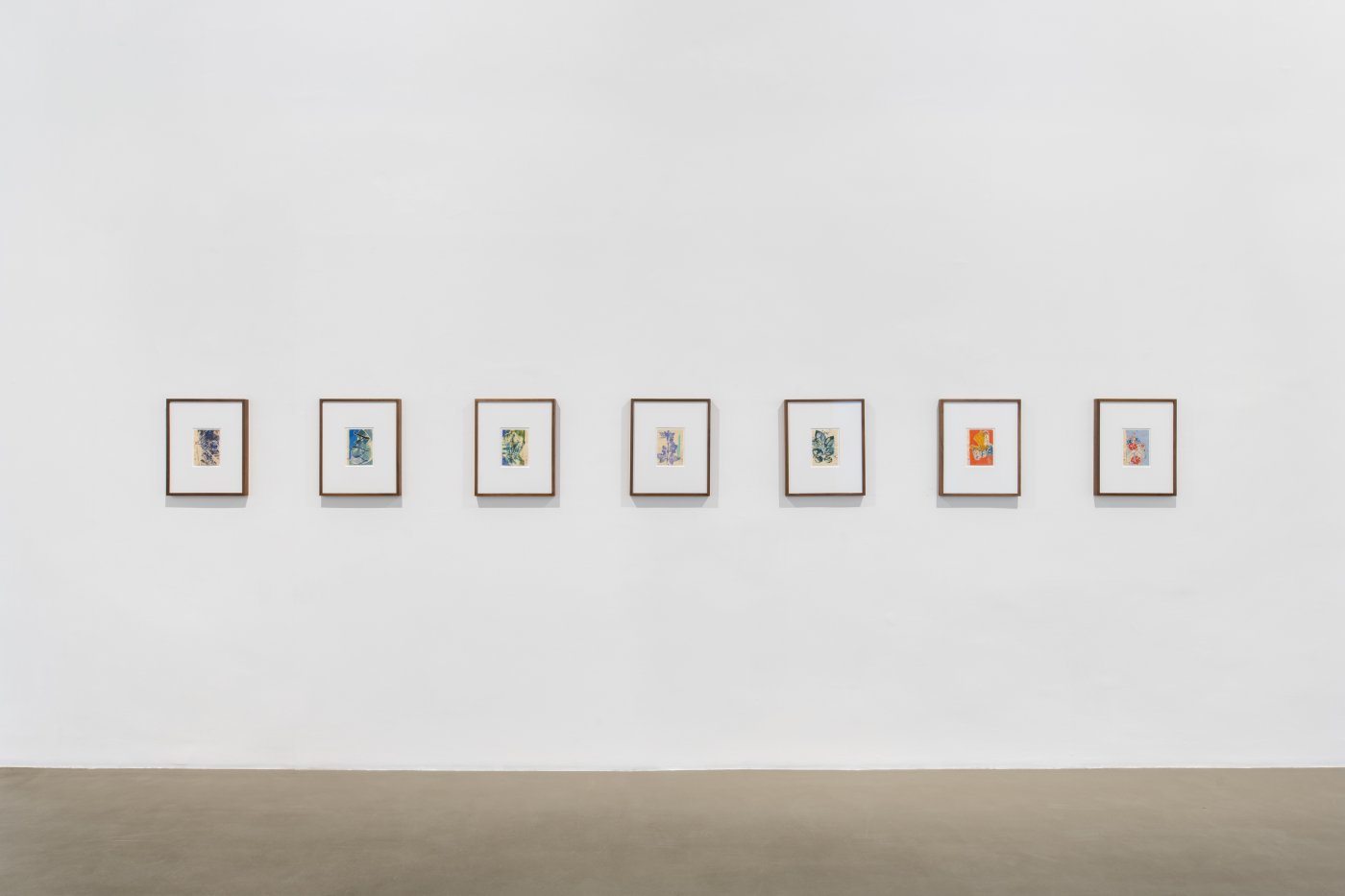 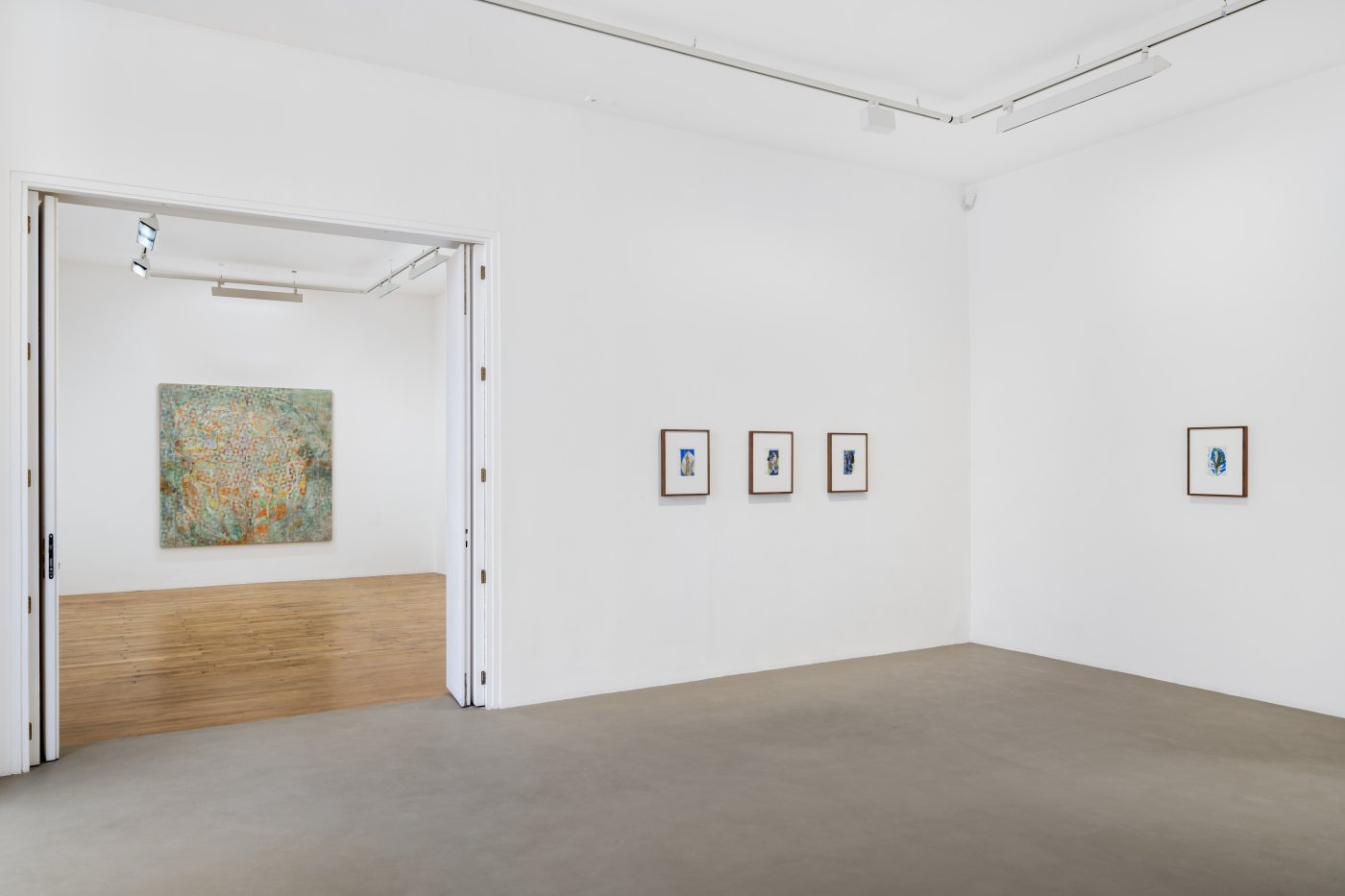 Drawings and watercolors, temperas on canvas and wood paintings with one common approach will be presented: that of the imprinting of landscapes and plants originating from his gardens in Acapulco and Mexico City.

An artist in movement

Gabriel Orozco is an artist in constant movement, refusing the immobility of the studio. He draws his inspiration from the different places where he lives and travels. His new productions result from his recent travels between Japan and his native Mexico.

Combining painted and drawn geometric forms and colored plant imprints, they testify to a new profusion in the artist’s work.

Briony Fer, an art historian specializing in his work, explains his creative process in the following terms:
“Gabriel Orozco makes his work out of where he lives, using local materials and often drawing on traditional artisanal practices but of course art can—and often has—been made in one place but out of another, that is, in imaginary as well as actual dialogues with its own origins.” (1)

Drawing on indigenous materials, the artist uses Japanese paper for the gouache, tempera, ink and graphite works, while he resorts to the ancient technique of handmade tempera on canvas for the paintings.
Some drawings, with their minimalist composition and colored lines, recall the art of calligraphy and geometric drawing. Others, decorated with vegetal motifs created with imprints of plants from the artist’s garden, and freehand tracings, are close to the composition of ukiyo-e, Japanese woodblock prints characterized by their bright color palette, their lack of perspective, their marked outlines and the artist’s signature, handwritten or in the form of a red stamp, on the left side of the sheet. In ukiyo-e, “the rules aimed not at external imitation, but at developing a feeling for the animated brush stroke, in its organically controlled process (…). In the process the eye inspects not only the shape of the lines which together go to make up a blossom, a wave, a fold or a hand, but also the intervening spaces, or rather, the emptiness inbetween. It is this emptiness which determines the rhythm of the drawing and the tension in the pictorial plane. The lines are drawn briskly. As there is no way of correcting the ink drawing, the pupil has to learn to master his repertoire of brush-strokes.” (2)
Similarly, Gabriel Orozco’s drawings are an exercise in the mastery of the line, be it straight or curved, manual or natural.

These sheets, systematically dated and signed, seem to form a travel journal, a “plant diary”, in which the artist records his visual notes. “My work happens precisely in this space between the public and the private,” (3) says the artist. His plant imprints, forming a kind of catalog of the flora existing in his garden, follow the tradition of encyclopedias flourishing in the 19th century, a period eager for knowledge, while acting as an individual memory of time, of a season, a moment, seen from the particular space of the artist’s home.

The plant imprints, on which the artist superimposes abstract lines and colors, are transformed into fantastic new species. Briony Fer explains that “Gabriel’s methods are much more informal than that of an atlas that aims systematically to document a whole world of images. It’s maybe more like a travel notebook of a life (his own), but one that records the circumstantial conditions of life along with the everyday living of it as he moves between different locations. The relationship of his work to place remains porous, exposing a distinctive formal procedure to multiple global image-circuits and economies, pictorial and otherwise.” (4)

The imprint of memory

Gabriel Orozco has experimented with different modes of printing throughout his career, using photography, oiljet printing, or manual printing techniques. His new works retain the imprint of plants gathered from his garden and capture an ephemeral nature, soon to be “erased” as the works’ titles suggest, yet fossilized in his drawings and in memory. Using the natural leaves directly as a kind of stamp on which he applies the paint, Orozco then presses them onto paper or canvas sometimes leaving remnants of the plant, fixed forever on the support. This technique close to monoprinting reminds one of the ancestral Japanese art of tataki zome, where the pressing of freshly picked plants on a cloth leaves a permanent mark. Some drawings, in monochrome blue, are reminiscent of Anna Atkins’s cyanotypes. The photographic play of positive and negative, of spaces left blank or filled in, white or colored depend on the artist’s use of leaves as stencils or stamps, imprinting their presence through color or empty space.

Impressions of plants, imprinted with a common memory of visual and scientific historical imagery, these works are nevertheless all personal. The inspiration is domestic and the technique almost infantile. “A lot of my art comes from my childhood,” (5) Orozco often repeats. Some of his works on paper were made using the potato-printing technique reminiscent of a child’s play. The works thus oscillate between meticulous craftsmanship and elemental, instinctive and intimate mark-making.

The geometric and the organic

Nature has always been a constitutive element of Gabriel Orozco’s work. Appearing implicitly in the abstraction of the Suisai or industrially in the wallpaper reproductions of his Fleurs Fantômes, nature is now at the center of his new works, in an abundance of vegetal motifs and colors. The diversity of plants represented by the flower and leaf imprints echoes the bright color palette. The paintings with orange tones and a downward composition seem to recall the fall season, while the bright blues, adorned with green, gold, and pink are the image of spring budding. “Orozco’s taste for matter in perpetual change, for the time of matter, leads him to consider the process of growth as the most fascinating of all. This is why the tree, as a symbol associating gravity and growth, constitutes, as the artist himself says, his ideal of sculpture.” (7)
This image of organic growth develops in Gabriel Orozco’s works against the background of a geometric grid. Thus, the vegetal imprints and fluid brushstrokes are interwoven with geometric forms, grids, circles and diagrams, which the artist has developed over the course of his work.

While geometric rigidity and organic forms seem at first to be opposed, in Orozco’s work, “a geometric structure and the metaphorics of growth sometimes seem symbiotic—as in the way smaller or larger circles ‘grow’ outwards from the centre of a drawing, replacing a constructive model with an organic one.” (8)

Indeed, the organic growth that informs Gabriel Orozco’s works is by no means disorderly and chaotic. It takes as its model the circle, the disc, the cycle, omnipresent in his work. Thus, of his circles, divided into halves and quarters, and swirling across the canvas following the strict rules of the chess game he played as a child, the artist explains that their “symmetry is the result of the cell division of a plant.” (9) Geometry and biology are linked. Similarly, the planets, those round stars whose movement fascinated Orozco in his youth, revolve indefinitely in a circle in the universe.

The infinite loops which run across his compositions are drawn from the Möbius strip which, starting from a single curved and bidimensional line, creates a volume in space. The artist’s practice is not so much a search for a circular form as it is a “circular movement in the process of making and a circular form of action or a cyclical way of functioning…” (10)

Eventually, the figure of the tree, which was used by many artists such as Mondrian to think their organized world, perhaps best summarizes the complex thought which develops in Orozco’s works: its upward movement toward the sky is accompanied by an extension of its branches on all sides from its circular base. Following the repetitive and orderly cycle of the seasons, the round blossoming of its buds gives way to the downward movement of the falling leaves, which the artist collects.