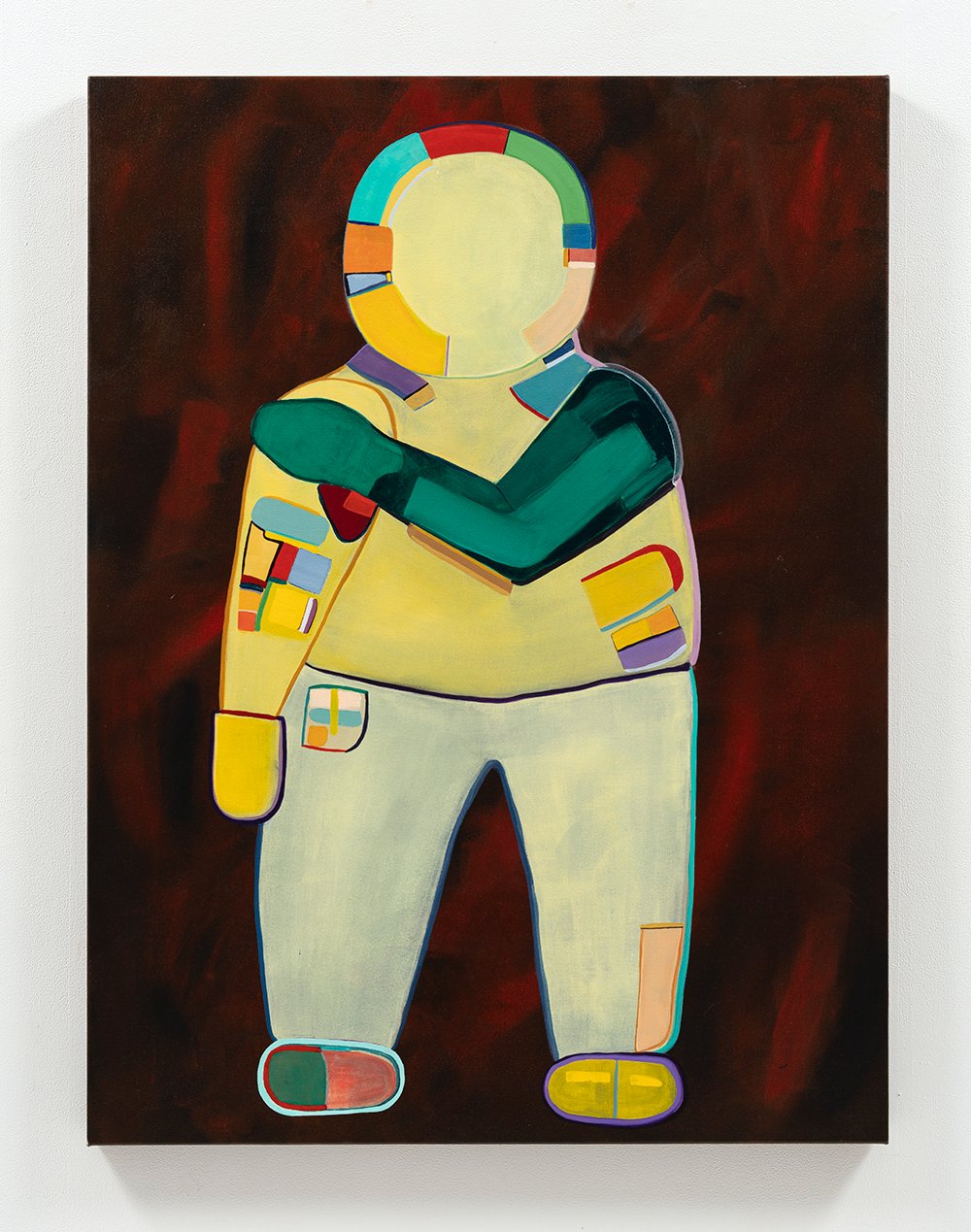 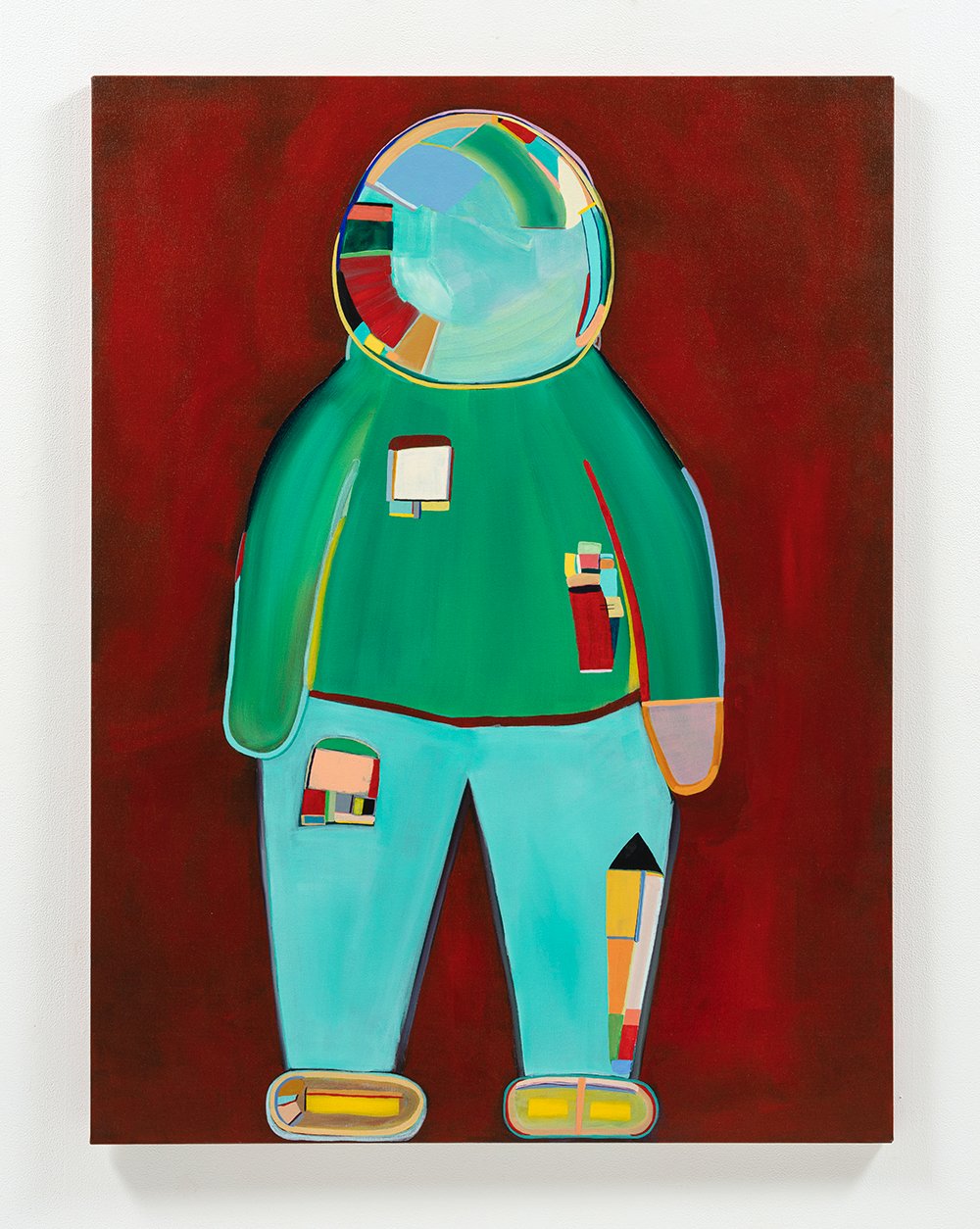 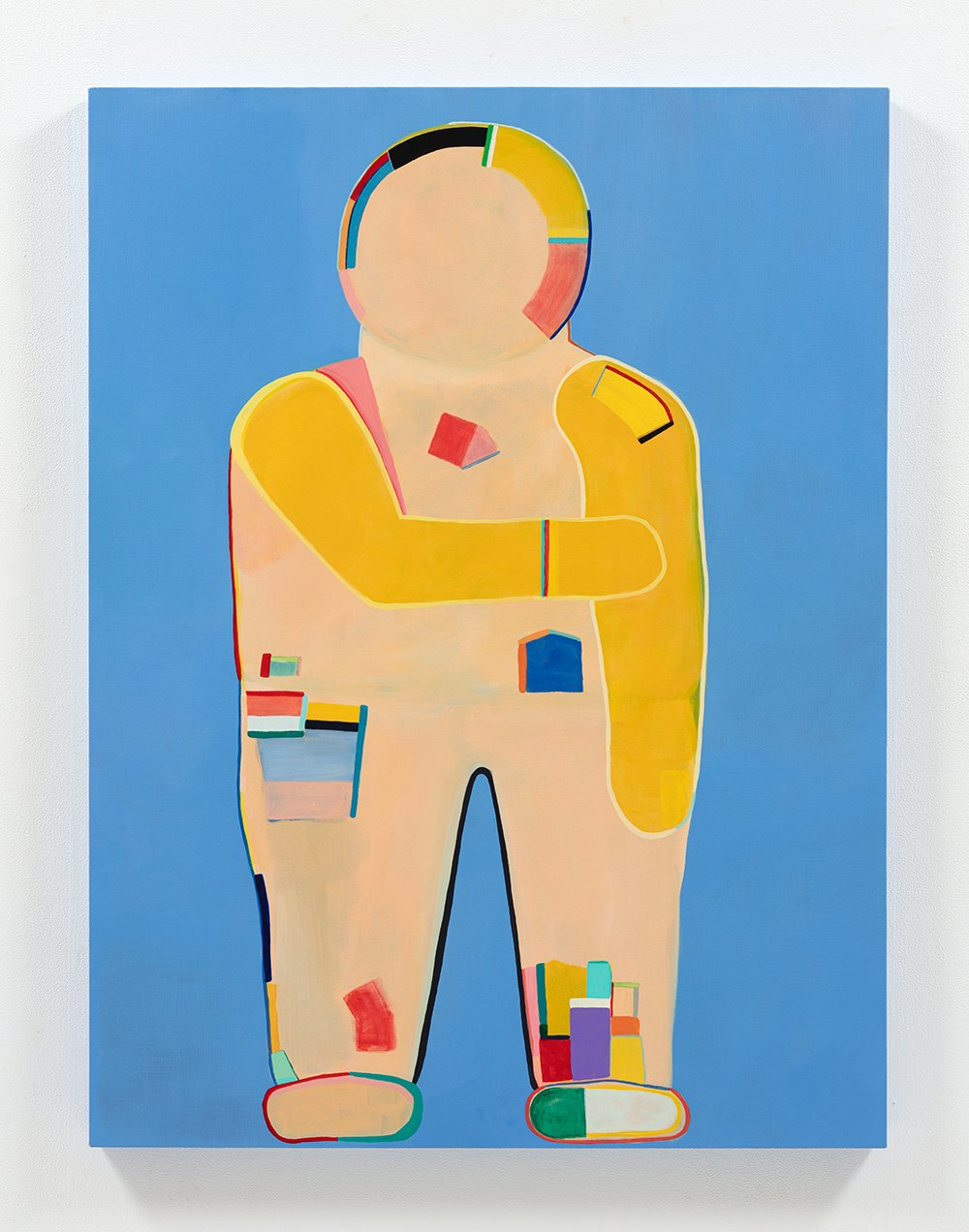 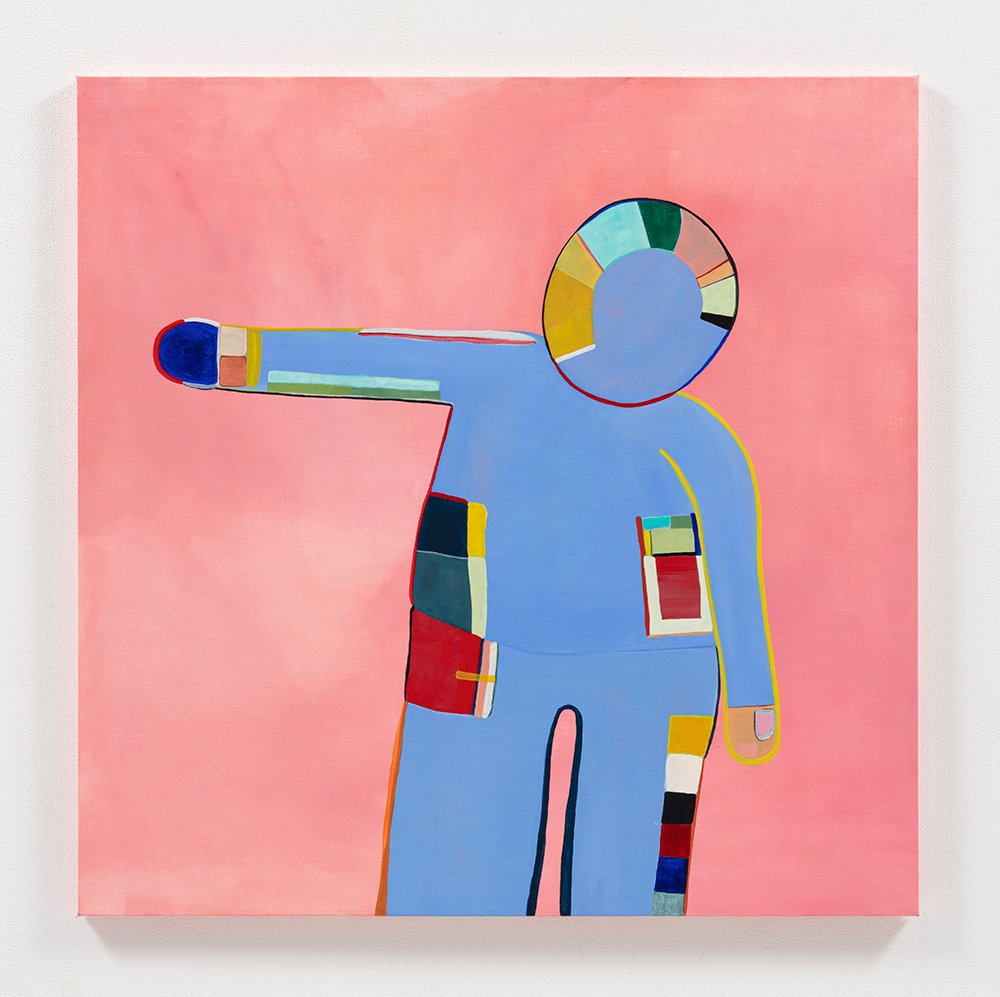 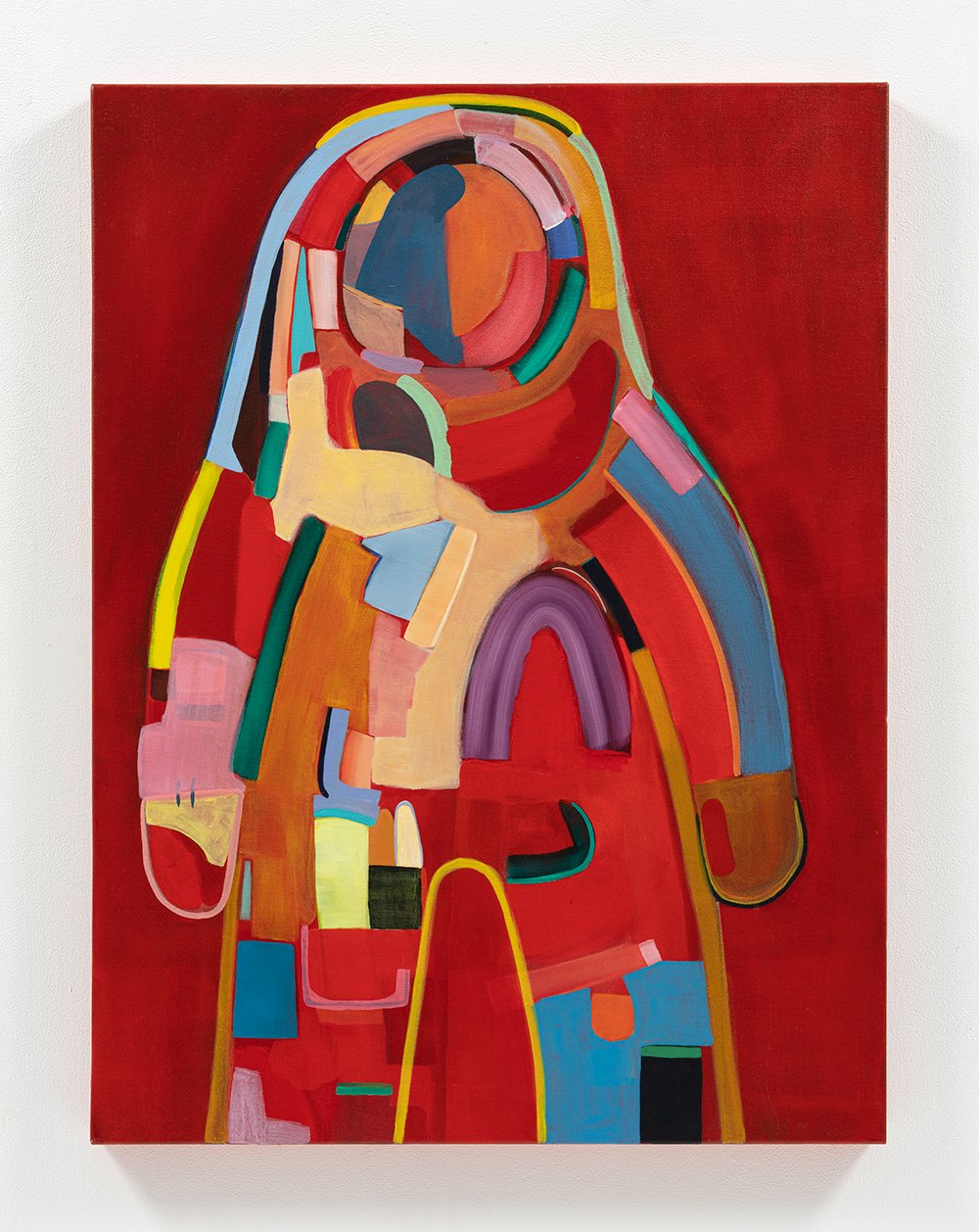 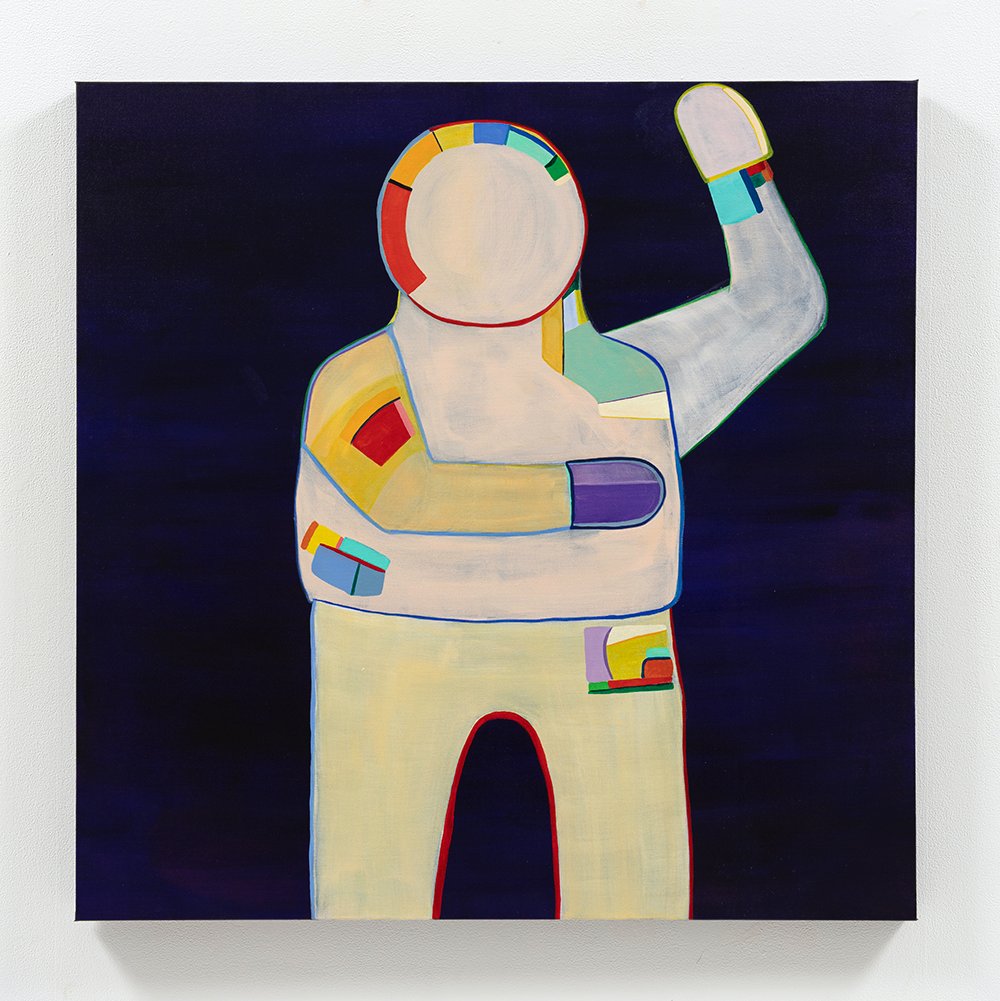 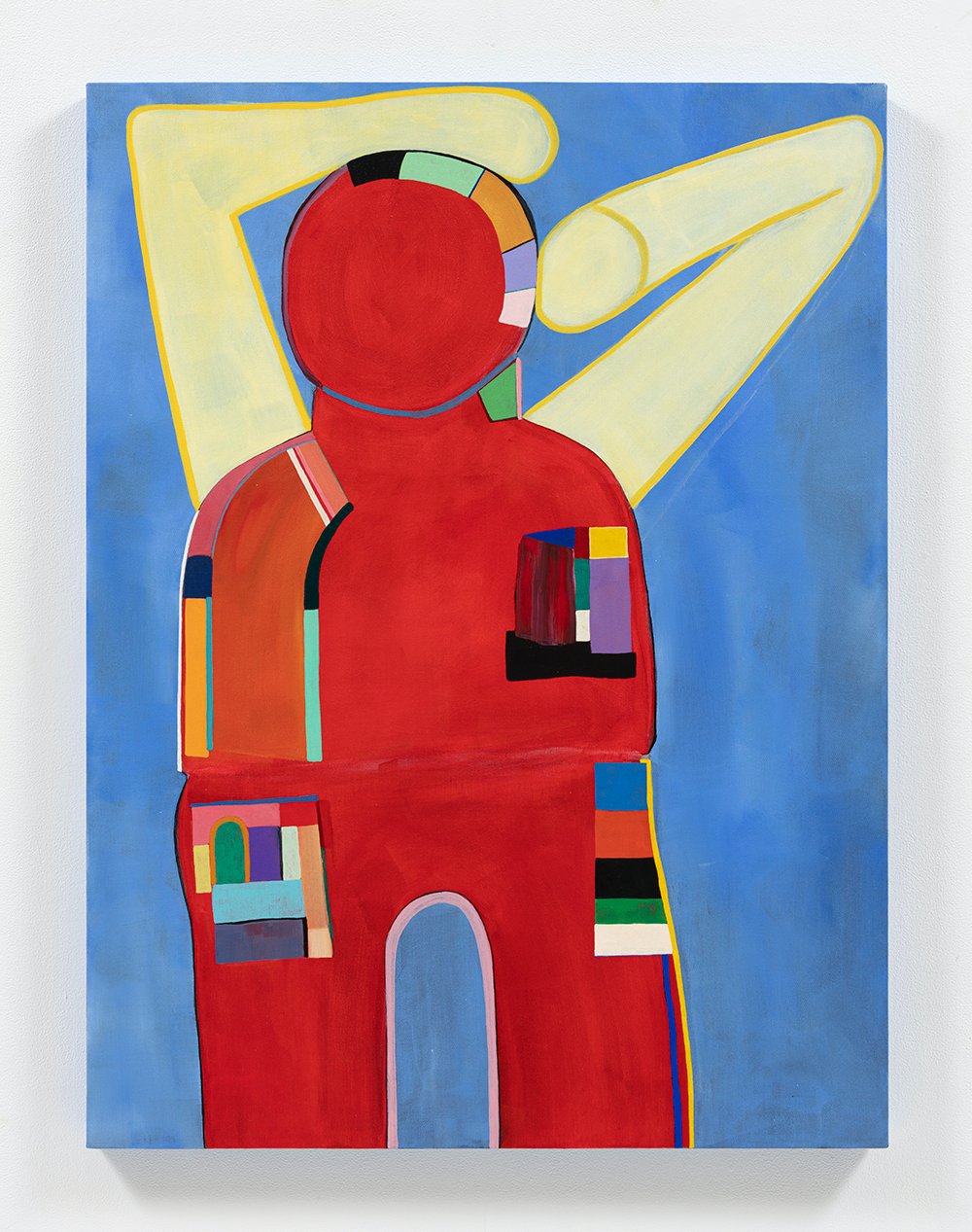 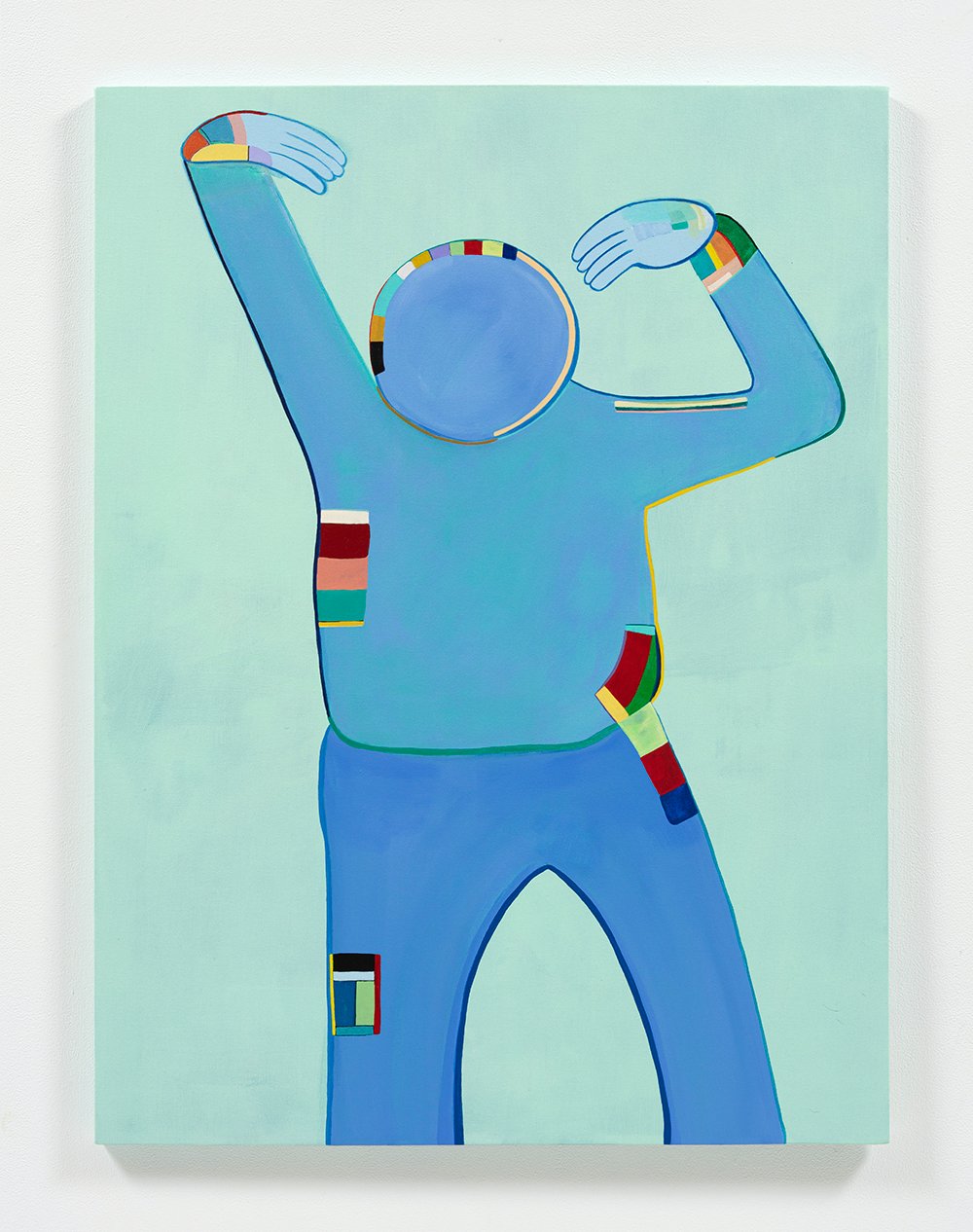 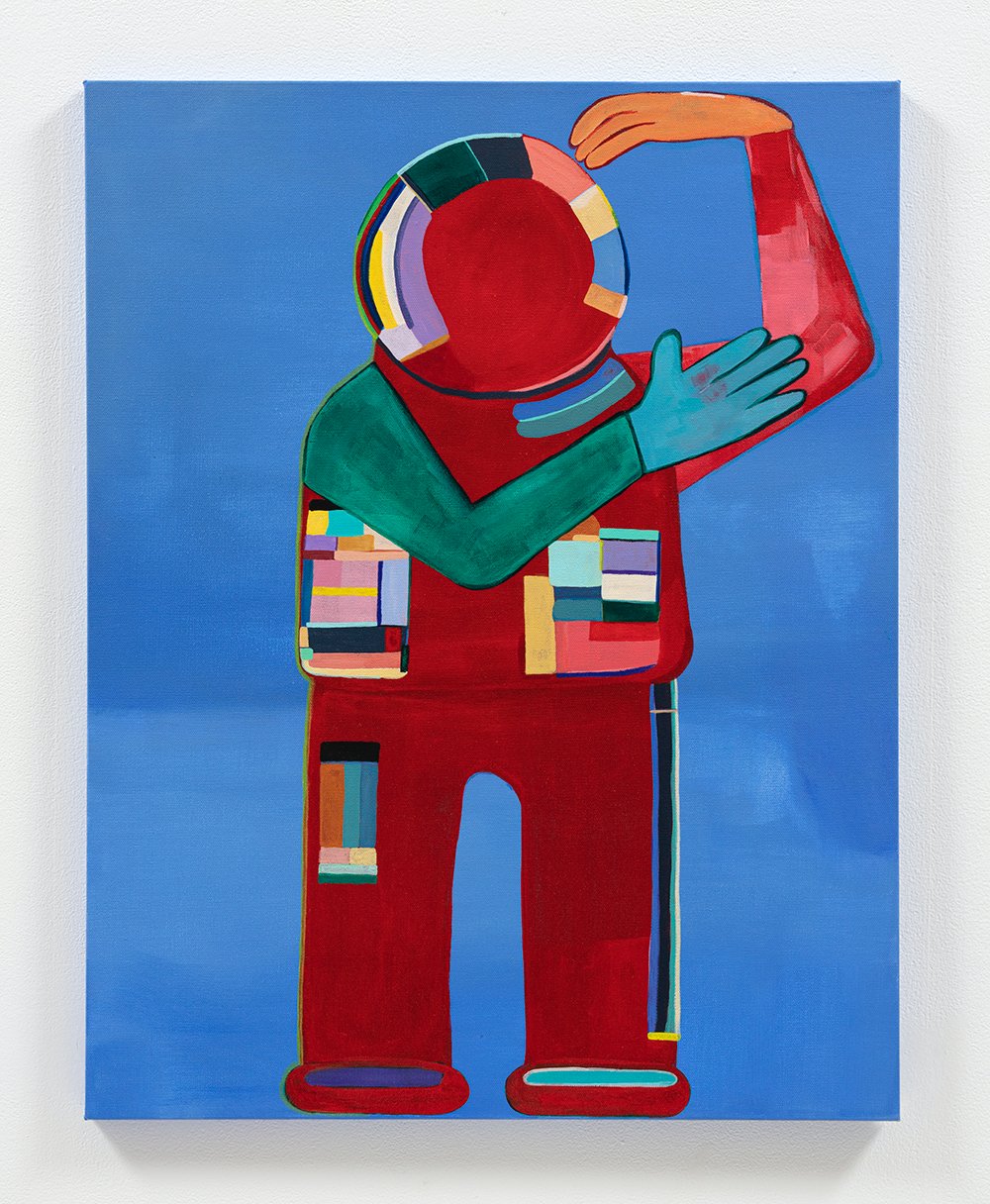 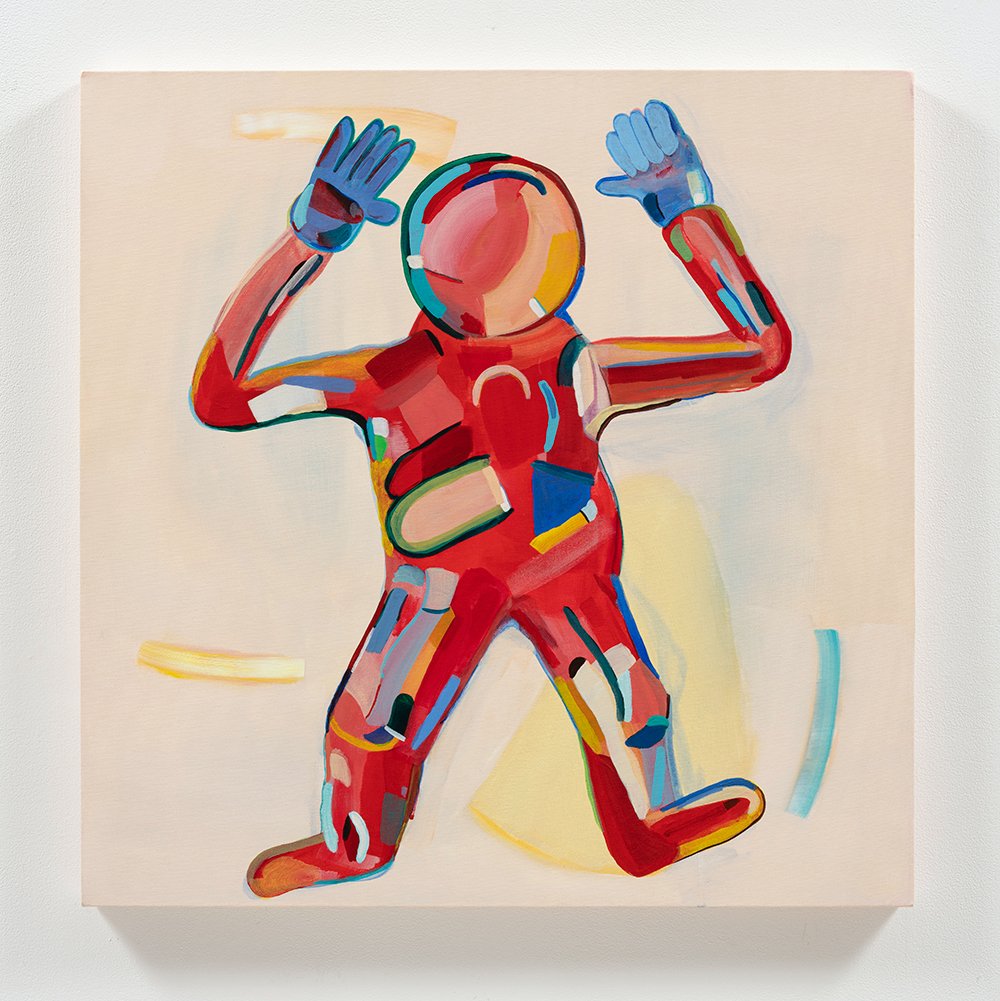 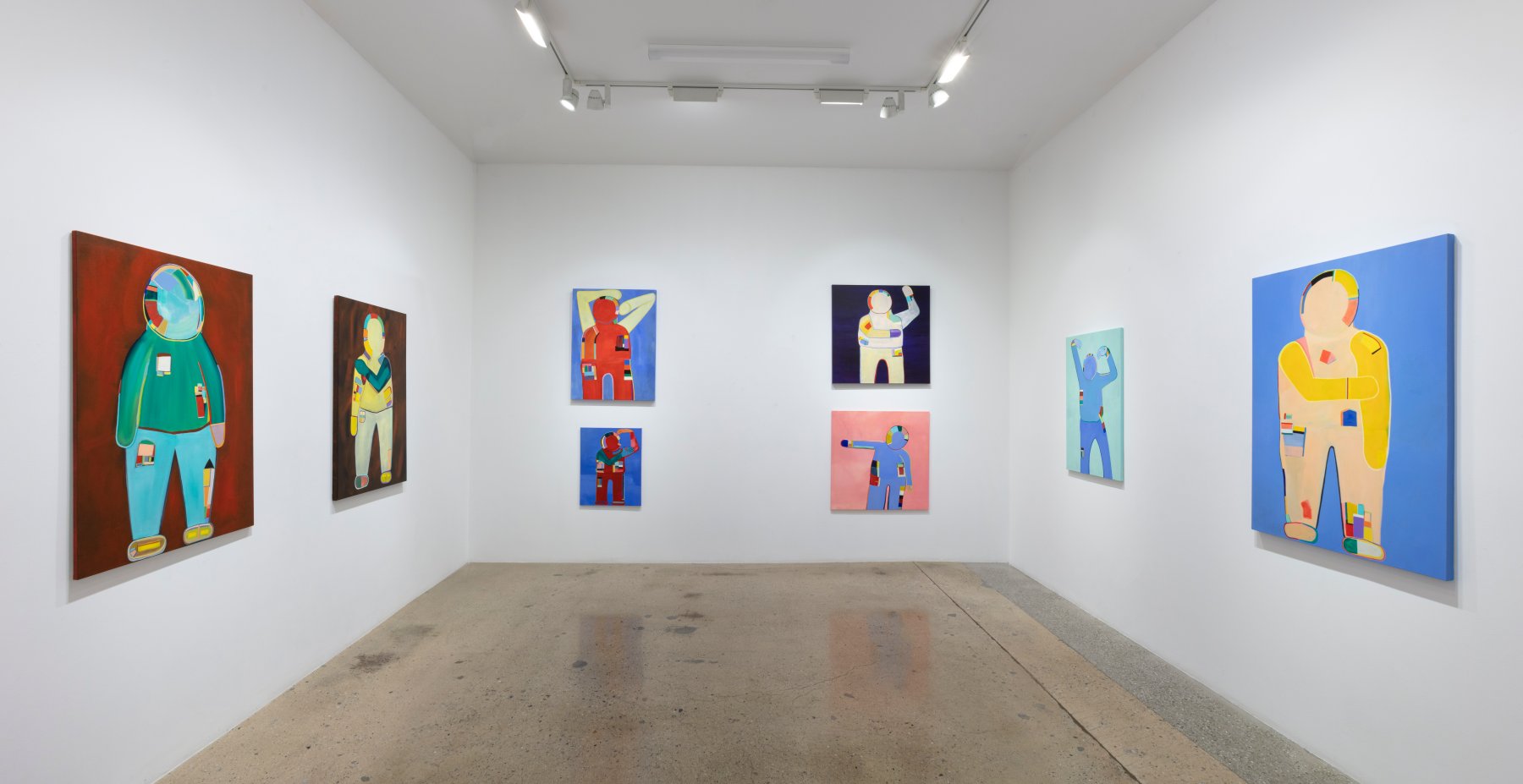 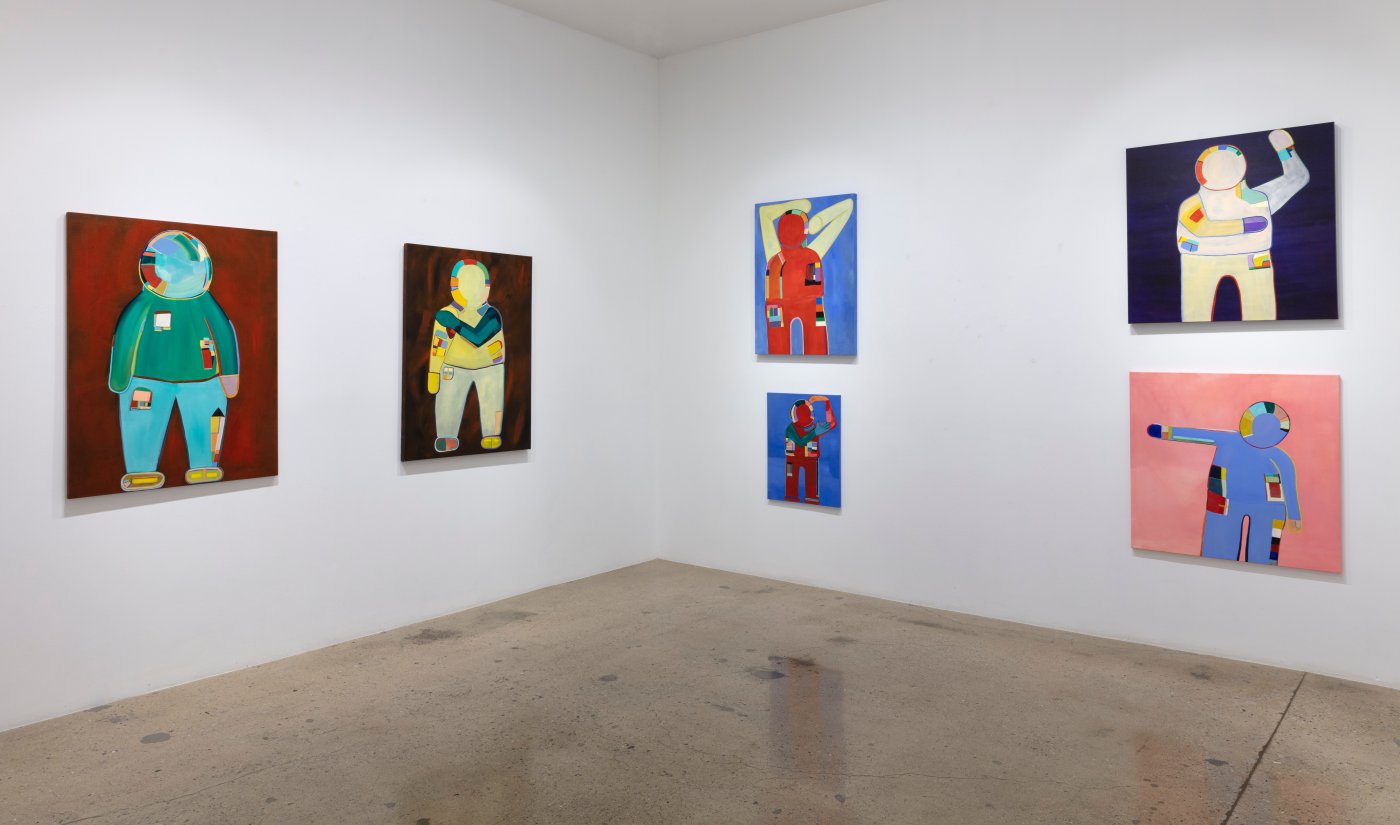 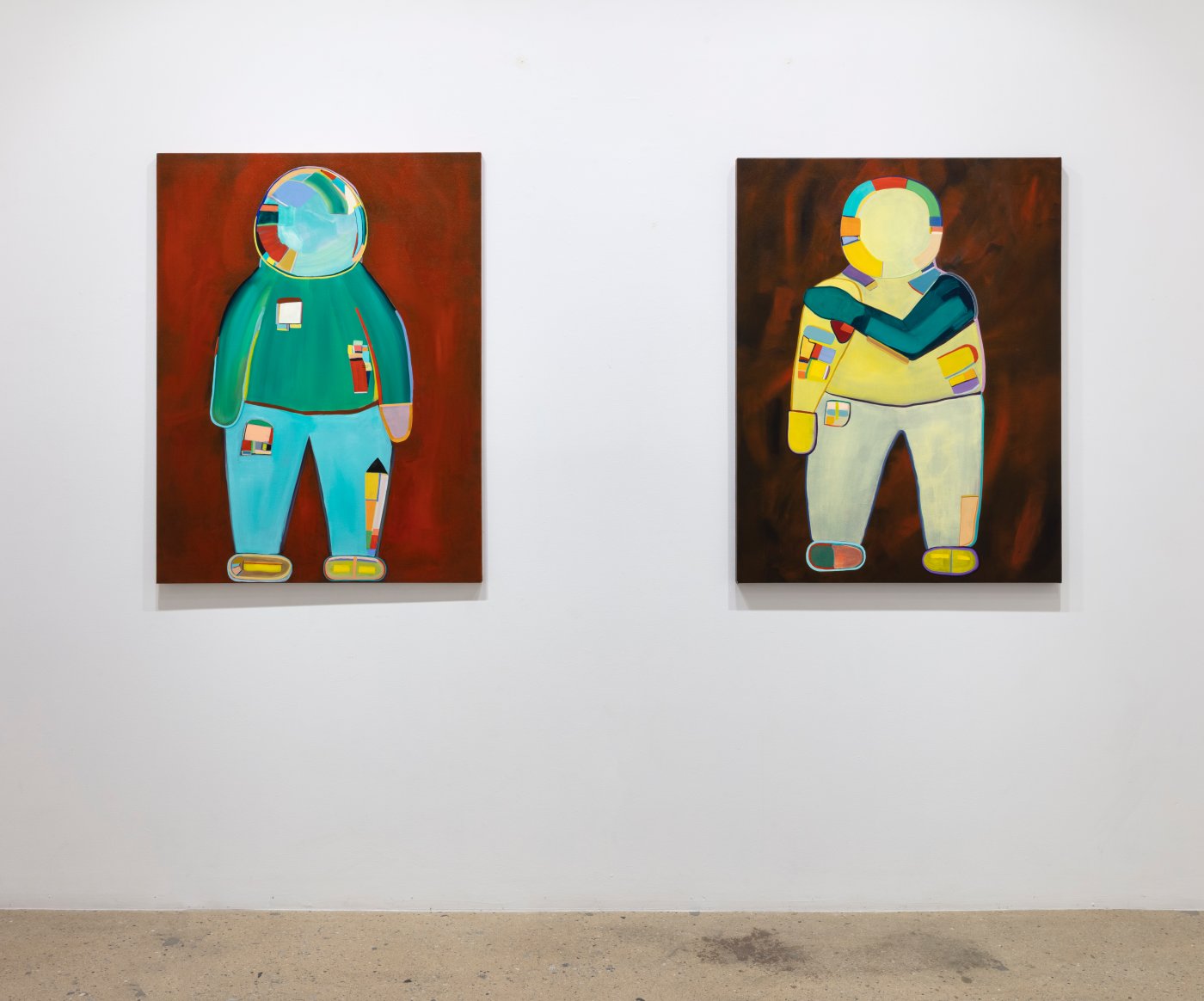 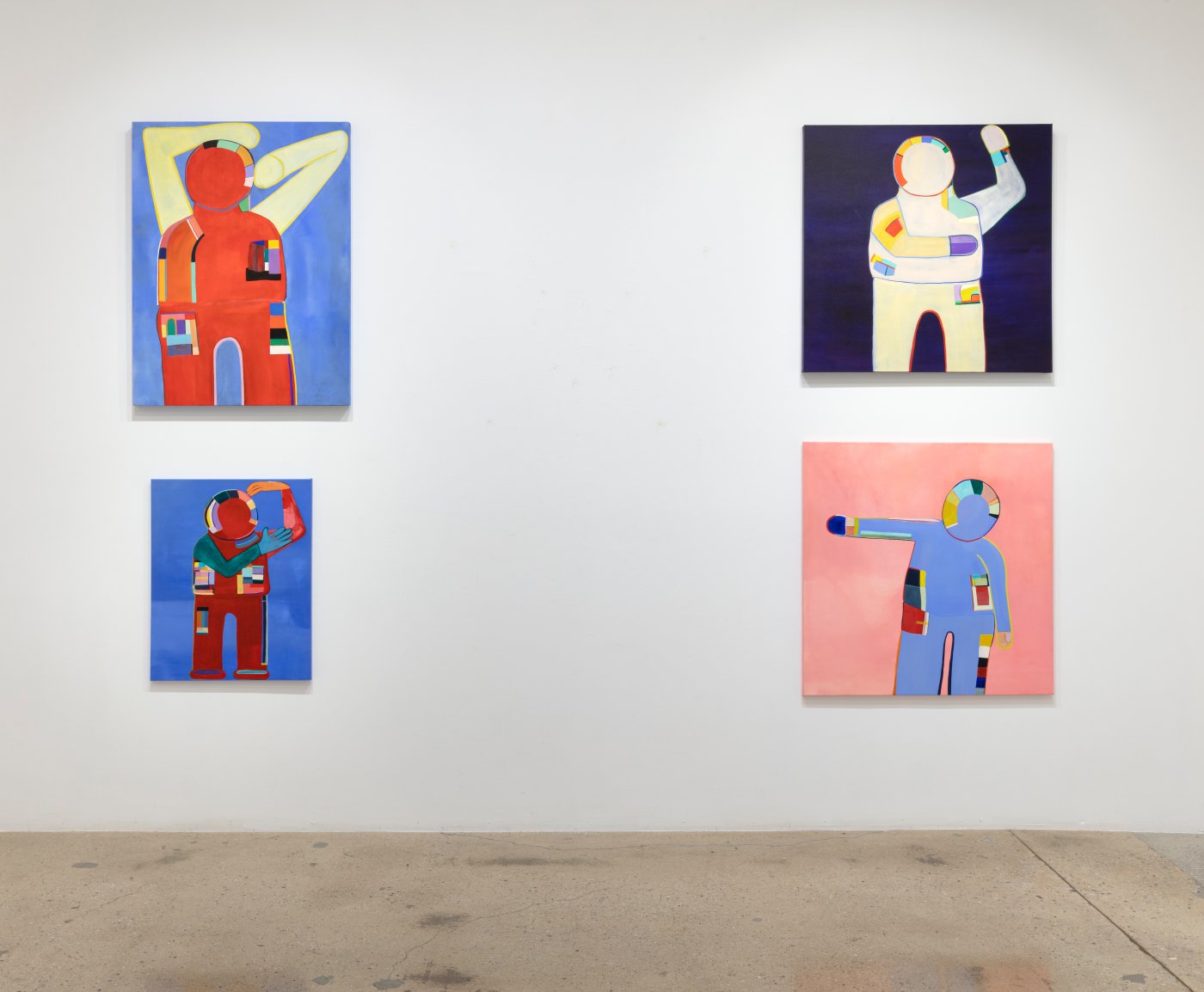 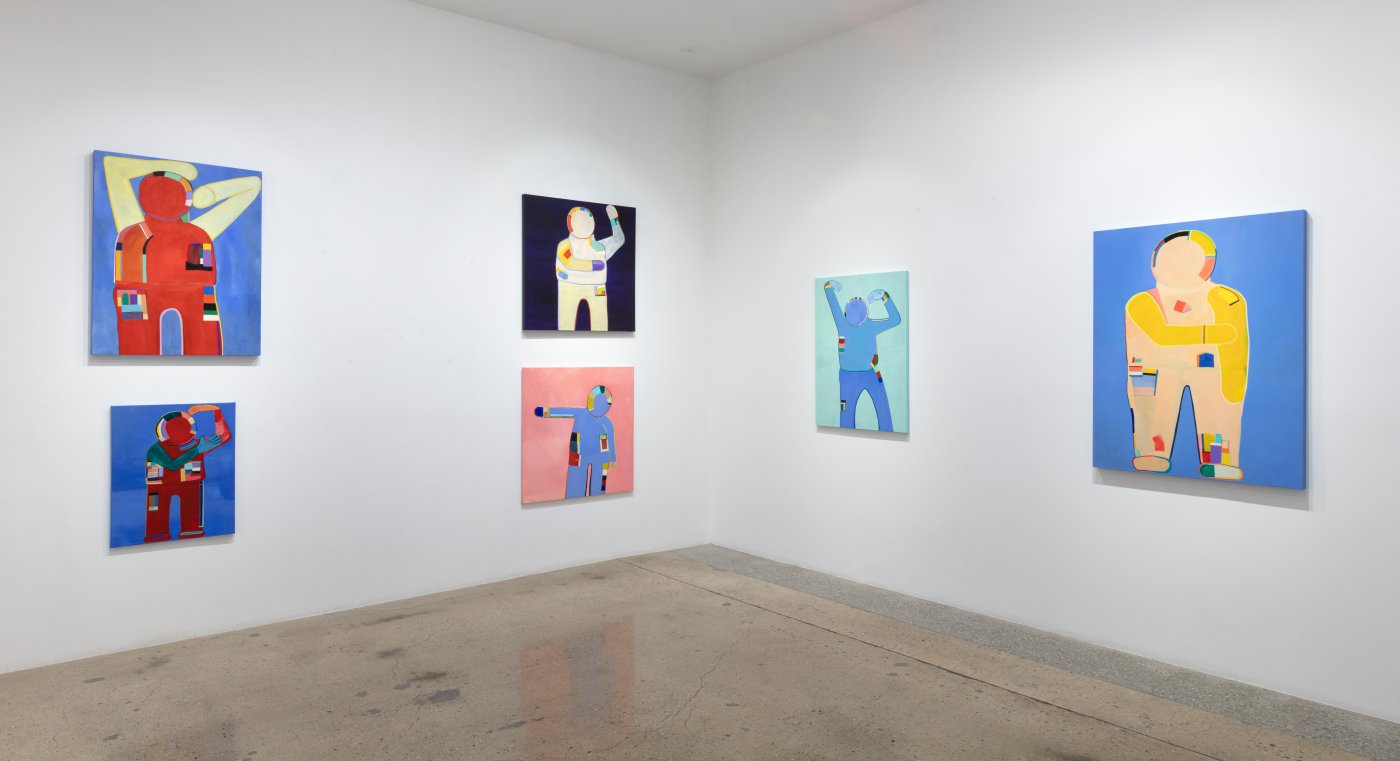 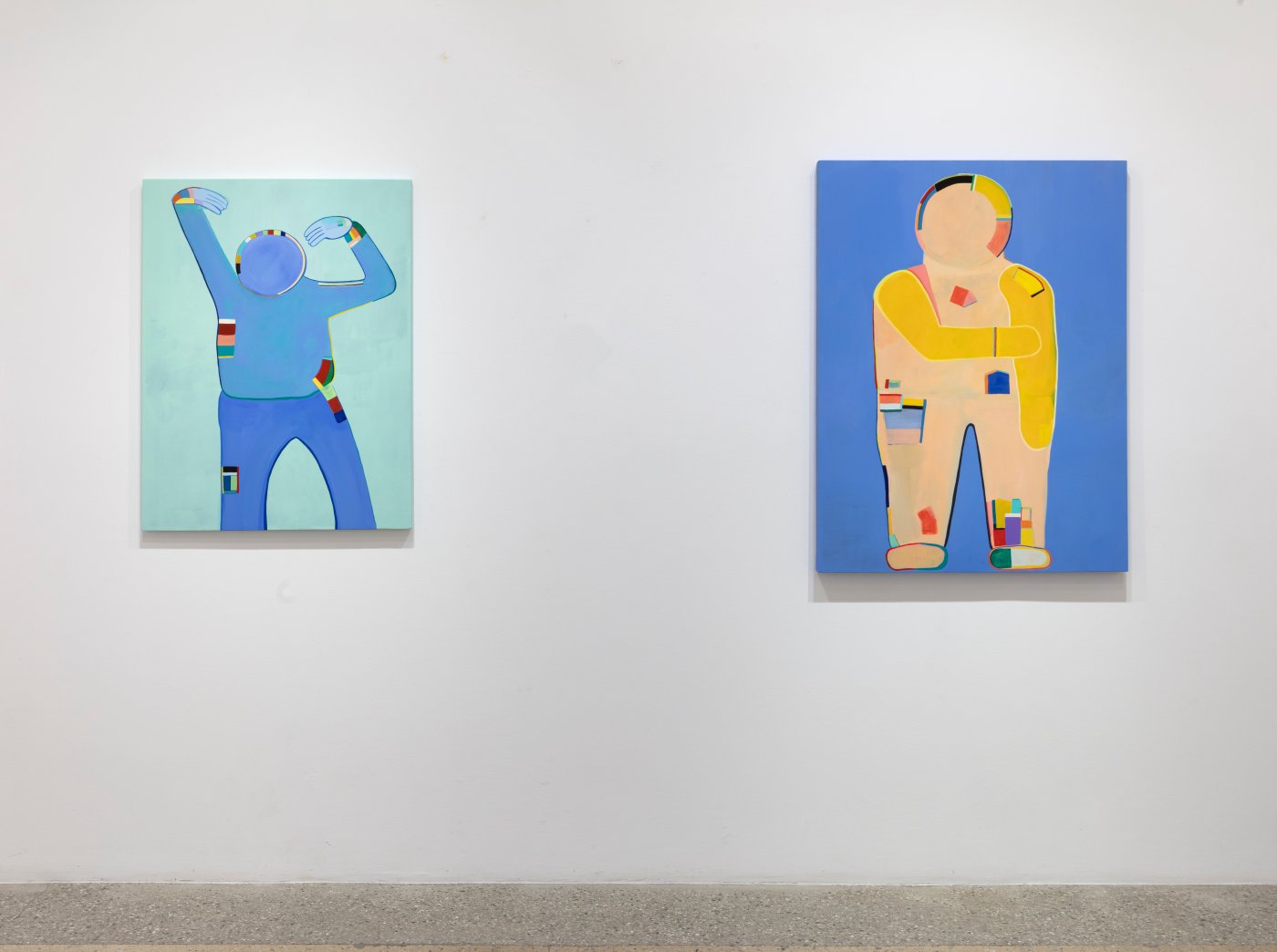 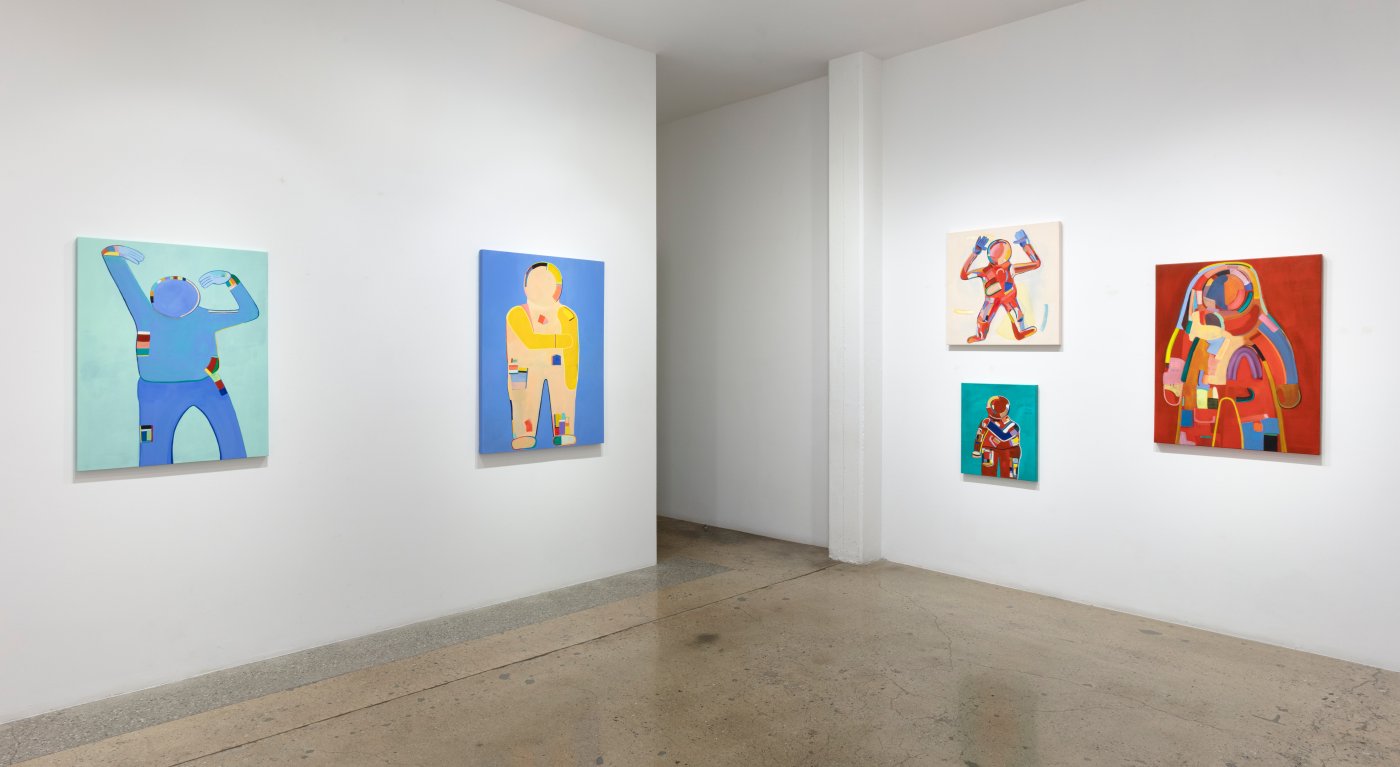 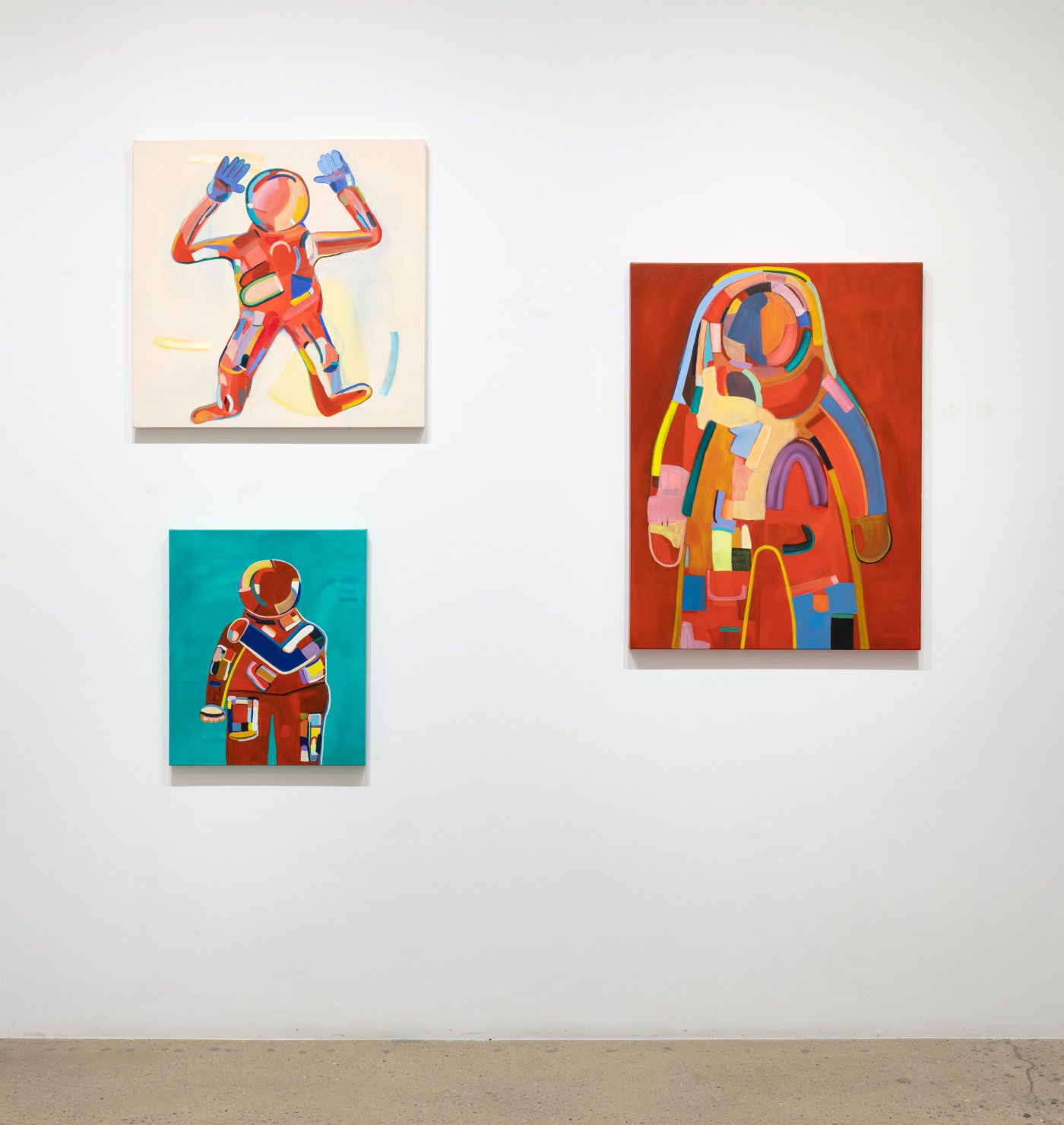 The figures are simple and spare. They have torsos, heads and limbs, but no facial features. Most stand awkwardly while gazing out at the viewer as if they are reacting to some unknown action. In one work, the figure jumps and raises their hands. In another, it seems to be sending a message and in another it seems to be pushing away something or someone. Within each figure, blocks of contrasting colors cluster into patches, bands and arcs.

According to Rosenberg, who identifies as queer and genderqueer, the figures represent one being who exists in many containers. Their outer and inner appearance is forever changing, challenging the idea that one should be confined to a single self.

Gabby Rosenberg (born Chicago, 1992) earned a BA from Hampshire College (2014) and an MFA from CalArts (2018). Her work was shown in Show Me as I Want to Be Seen at the Contemporary Jewish Museum, San Francisco (2019). This is Rosenberg’s third solo exhibition at Steve Turner.