‘The deep dug ditches that drained and raised The Fens are precious margins that frame slabs of ever changing colour. It is a landscape that is on the outside of a world that exists beyond horizon.’ — Fred Ingrams 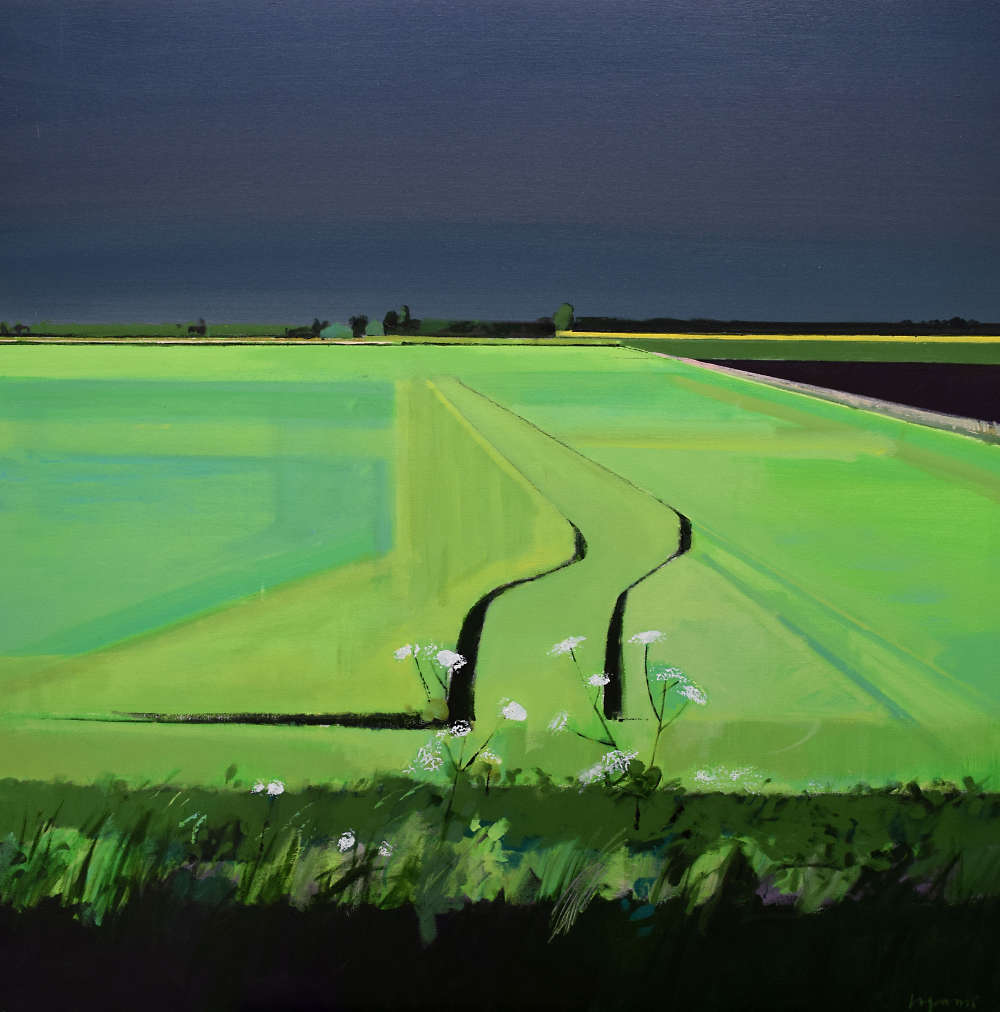 Fred Ingrams is a maverick, an artist who has discovered beauty in a landscape where others see monotony and isolation. As Ingrams tells it: ‘The Fens are the least loved landscape in Britain. For most, the flatness of this vast area of Eastern England does not capture the heart. It does not fit the ideal of a rolling “green and pleasant land”; apparently featureless and as flat as a billiard table the wind blows from the East, cold and nagging. The only sounds are distant tractors, the call of lapwings, warblers and the cry of marsh harriers. It is for all these reasons I feel so at home painting in this landscape, that has the sense of being at the edge of everything.’

Ingrams was born in 1964. He studied at Camberwell College of Arts and St Martin’s School of Art, leaving the former for refusing to use oil paints and expelled from the latter as a ‘disruptive influence’. For ten years in the ’80s he painted above the Coach & Horses pub, immersing himself in Soho’s bohemian culture. The infamous Colony Room Club was a favourite haunt, as it was for Francis Bacon, Damian Hirst and other irascibles. Bacon became a regular drinking partner and, against his usual credo of owning virtually nothing, bought one of Ingrams’ large oils.

Ingrams had numerous shows across London before leaving the capital behind to run a successful graphic design business from his home, a modernist glass and metal roofed barn conversion in Norfolk. Painting remained his passion and over the last eight years he has once again worked solely as an artist, discovering the pure abstracted landscape of The Fens and making it his own. Ingrams has had four recent sell out exhibitions, but this is by far the largest offering of exciting new works to date. It is held in partnership with Nick Holmes FINE ART.

The exhibition will be held at Iris Studios, a vast converted chapel which has been transformed into a thriving photography studio hosting the likes of Twiggy and Sienna Miller. It is an extraordinary space uniquely suited to displaying Ingrams’ colour saturated canvases, with their endless horizons and dramatic perspectives.