Lullin+Ferrari present new works by Franziska Furter (*1972 in Zurich, lives and works in Basel) in her fifth solo exhibition at the gallery. Furter is setting up her exhibition in four rooms of the gallery and has selected for each of the rooms works by an artist friend. These are works by Ulrike Mohr, Timo Nasseri, Julia Steiner and Markus Weggenmann. 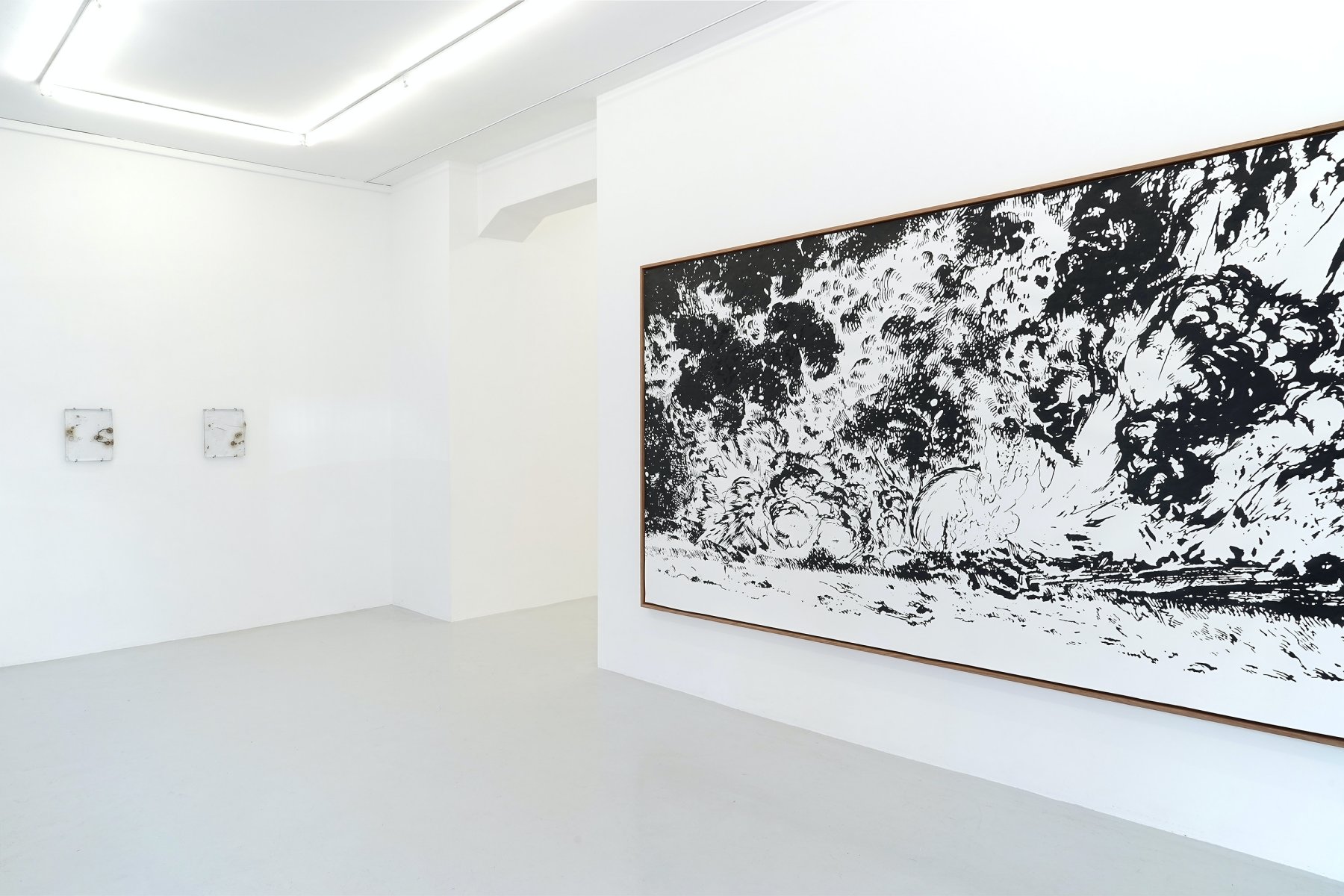 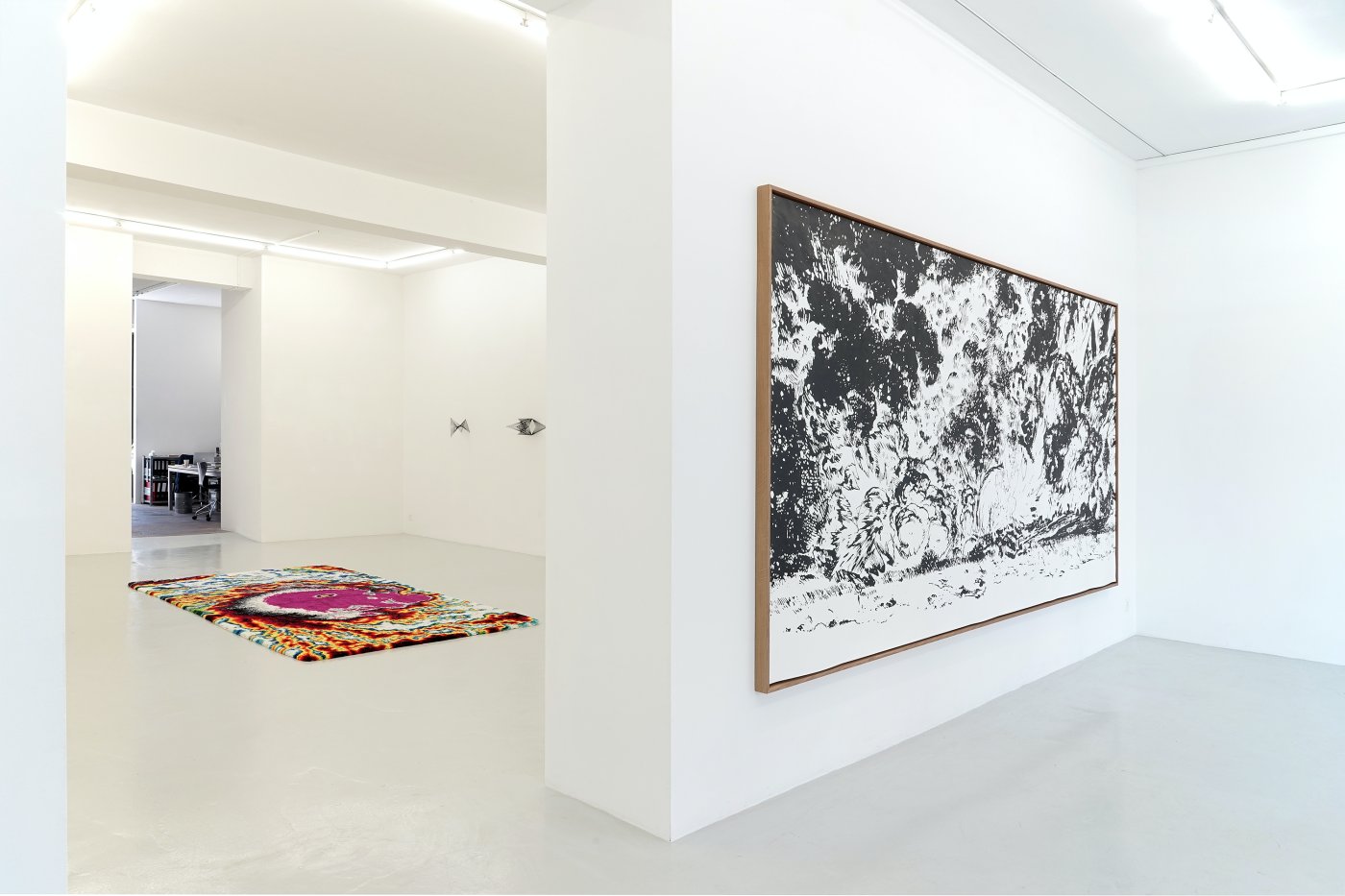 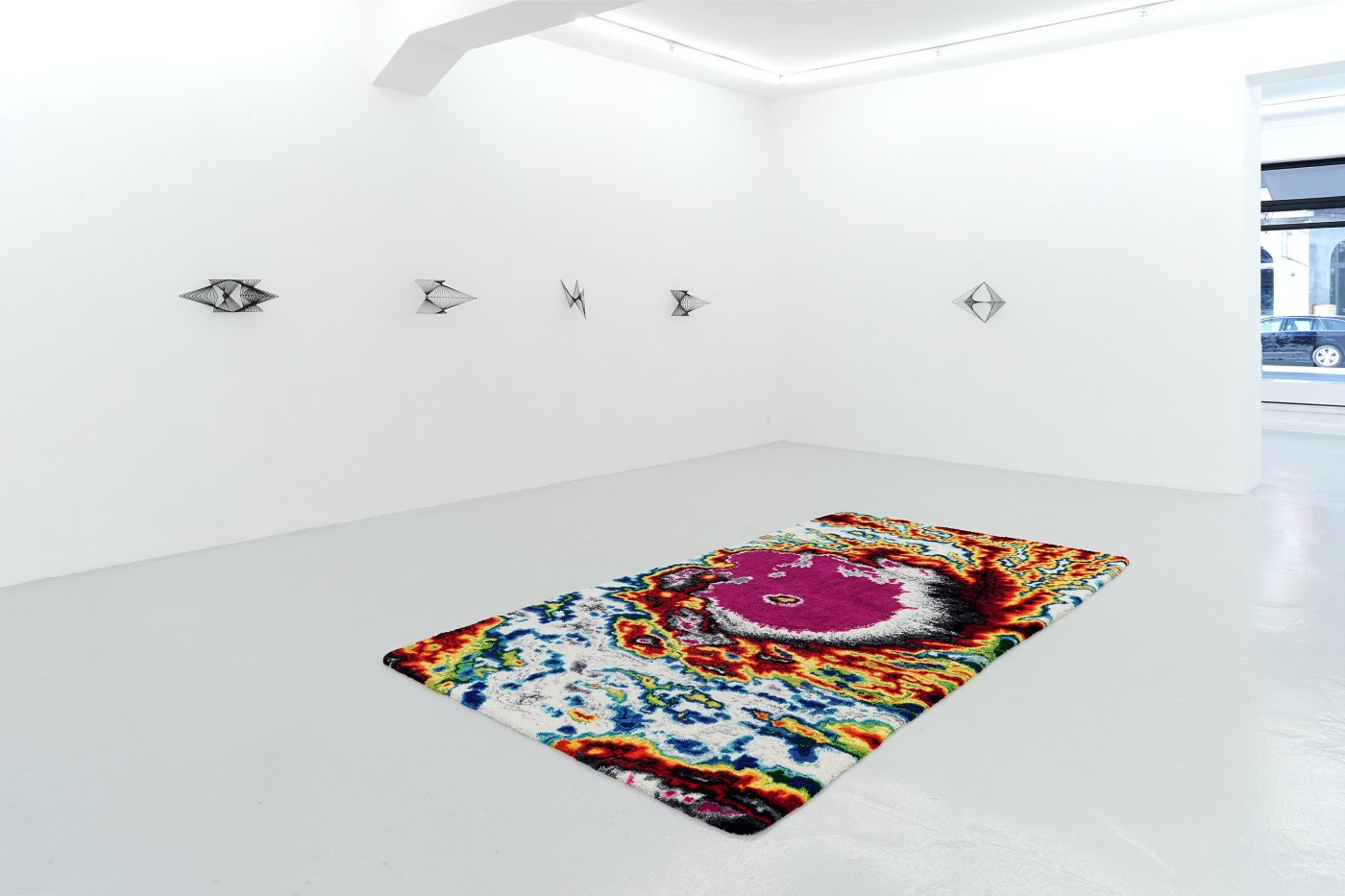 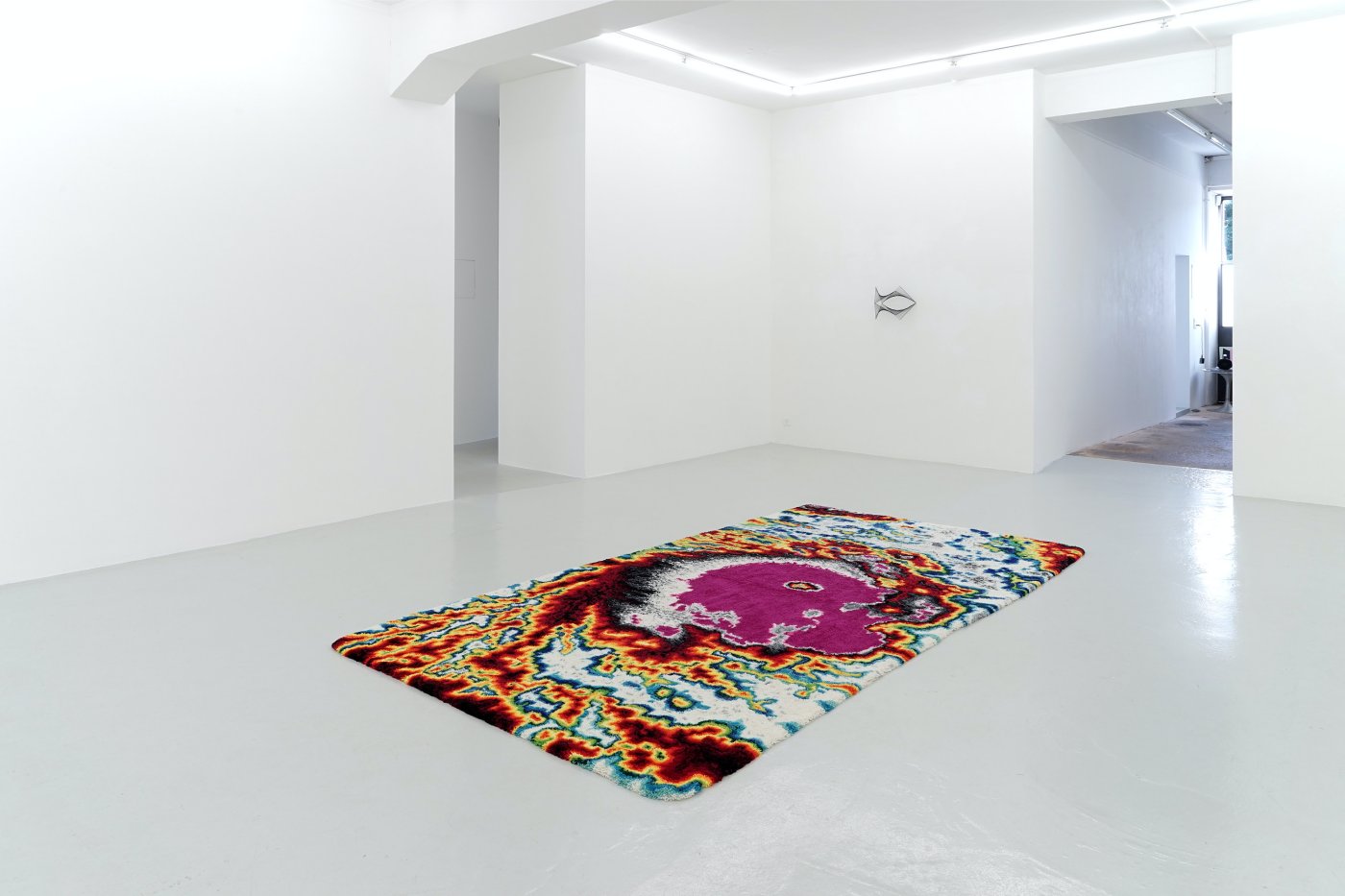 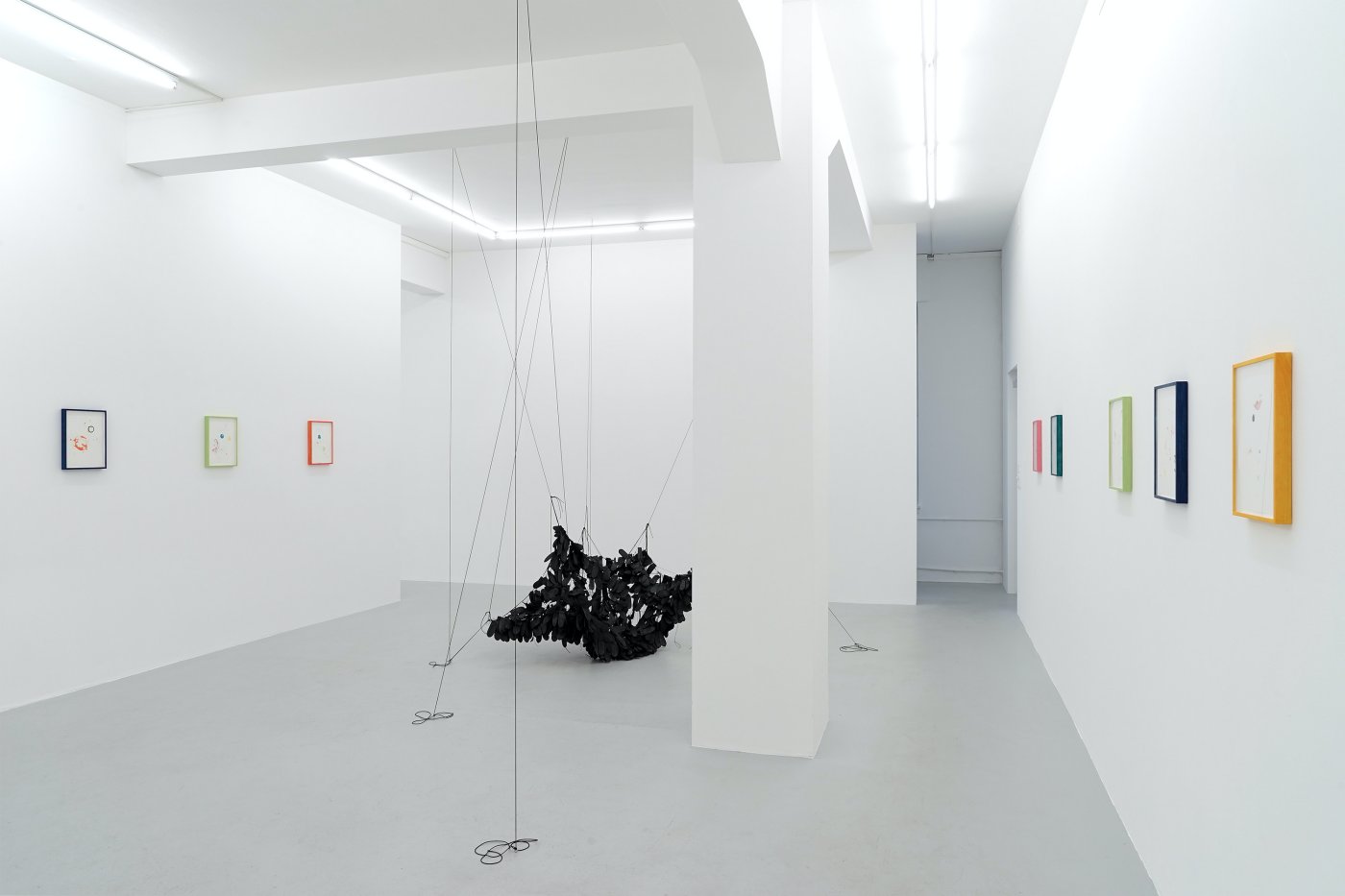 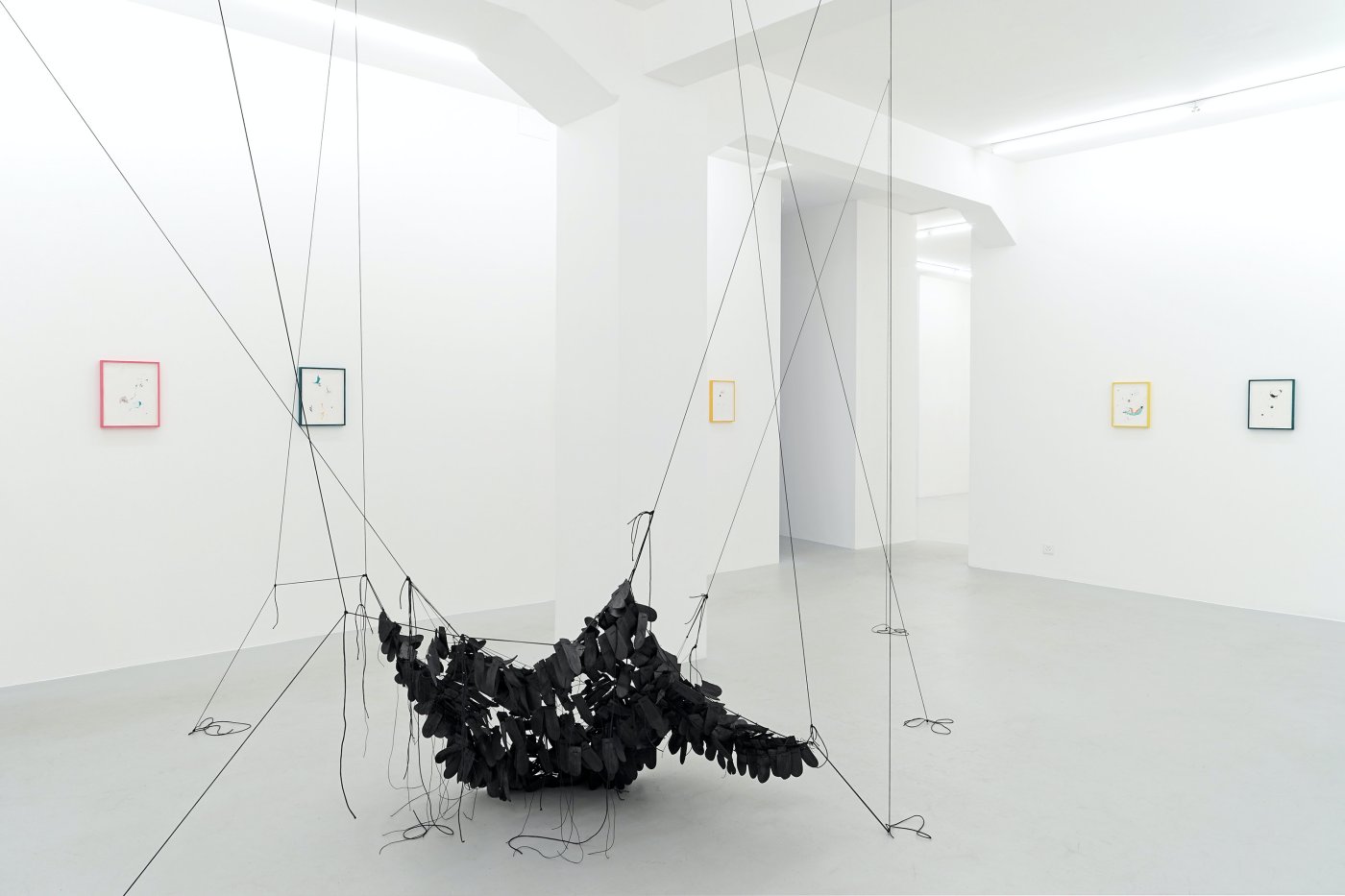 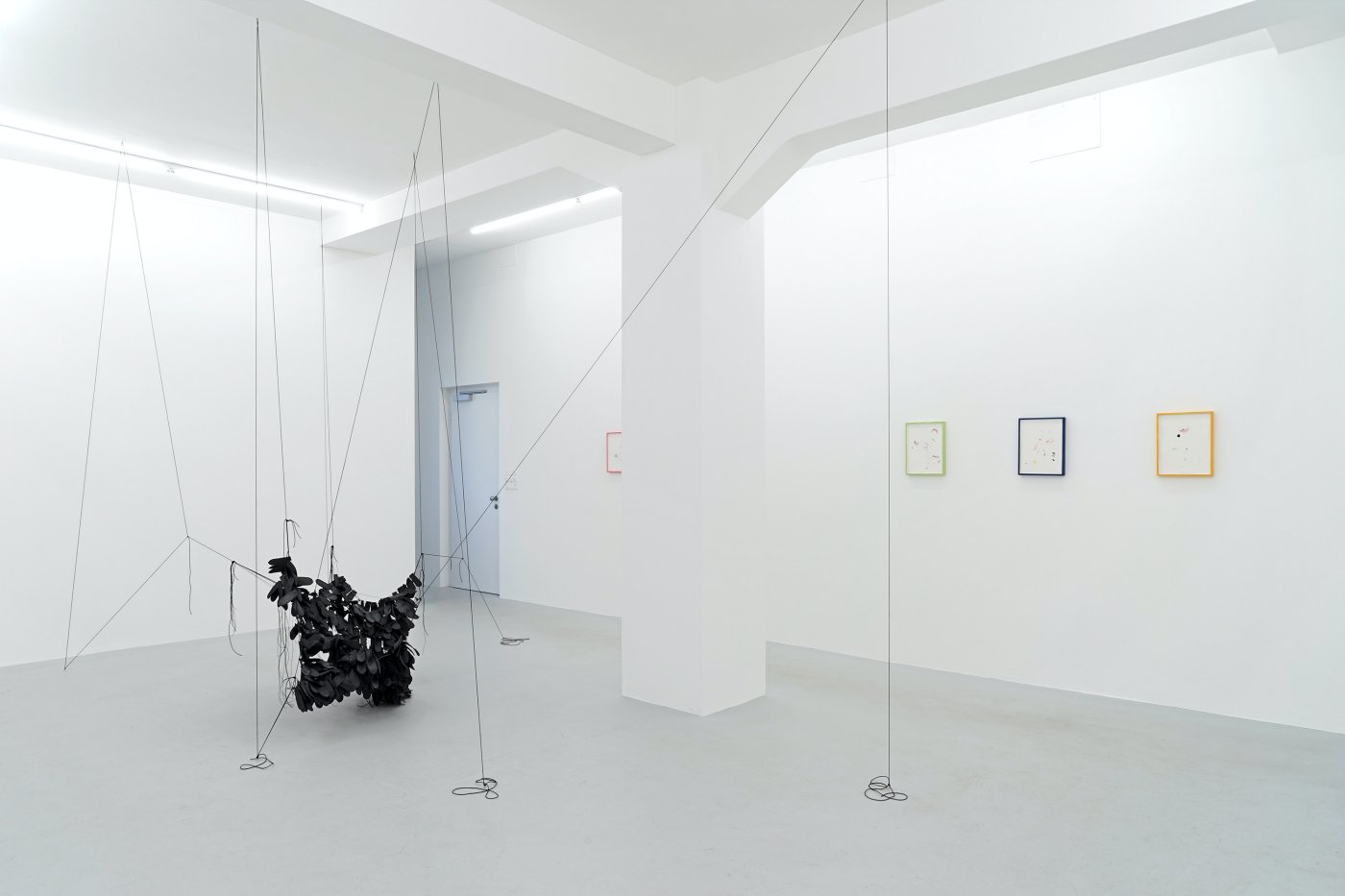 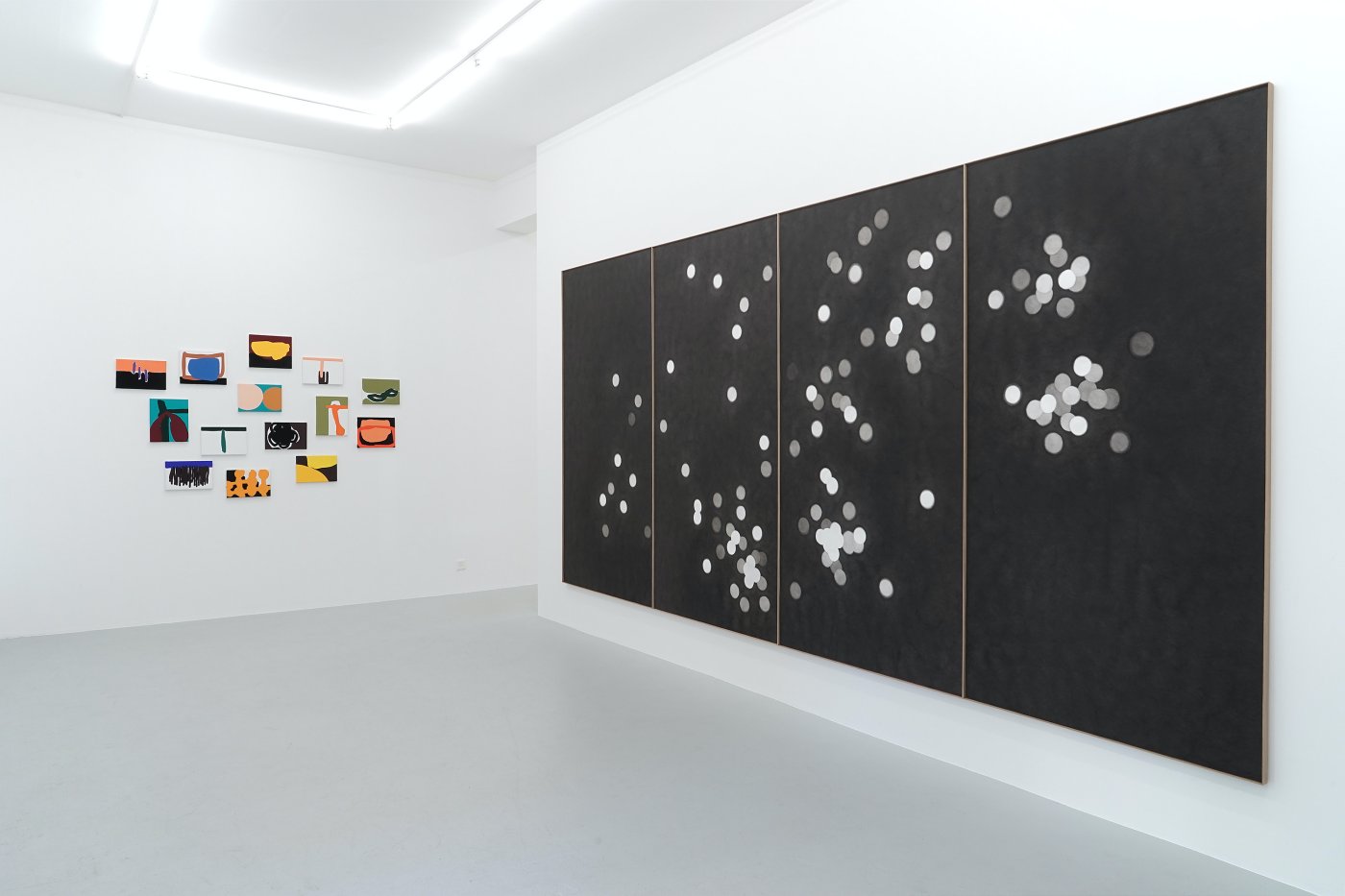 The inspiration for the concept of her exhibition is the book Landscape with Landscape (1985) by the Australian author Gerald Murnane. Murnane lives in isolation in Goroke, a dusty former stagecoach station in south-eastern Australia. He writes enigmatic texts in which he puts his flow of thoughts on paper. For a long time, he was hardly noticed by the international literary world; only recently has a wider audience begun to take an interest in his books. What fascinates Furter about Murnane’s writing is that “his stories have no beginning or end. They seem like chapters of a larger whole, yet they are completely independent. They meander back and forth between reality and fiction – in them, boundaries and times become blurred. According to Murnane, “imaginations are also a kind of reality.” Landscape is a metaphor for many things in Murnane’s œuvre. Sometimes landscape refers to the surroundings in reality, then to the world of fantasy, or to his own inner or outer world. Landscape can also mean soul. Murnane says in an interview: “The mind is a vast landscape. There’s always something left unsaid.” In their complexity and construction, Murnane’s texts are reminiscent of those of Italo Calvino, Raymond Carver or Jose Luis Borges, among others. Readers must constantly readjust to the semantics, the mood of what is written.

Franziska Furter sees many parallels between her work and the writings of Gerald Murnane. On the one hand, both his and her works have autobiographical references, but on the other hand they are completely separate from them. An oscillation between states is inherent in both Furter’s work and Murnane’s writing. Repetition is also a constituent element of both works. Furter notes that life is full of repetition: the seasons, the cycles of life, the daily routine, learning things. Repetition has always been part of her work, exemplarily shown in her series.

Murnane’s book gave Furter ideas and encouraged her in her plan to expand her artistic landscape with works by friends and therefore to create a tension between different works of different authorship. The theme of friendship, which took on greater significance and urgency as a result of the pandemic and the consequent restriction of contact, is thus also included in the exhibition.

In the first room, Furter shows the monumental ink drawing Nothing Else Matters, which depicts an exploding landscape. Furter borrows from depictions of explosions in manga and Super-Hero Comics and combines them into a fantastic overall sensation. Furter juxtaposes the large drawing with two glass works, Cosmos (Branch 1) and Cosmos (Branch 3) by Julia Steiner (*1982 in Büren zum Hof, CH, https://www.juliasteiner.ch/). Although produced in completely different techniques, Steiner’s glass works are related in content to Furter’s ink drawing in their abrupt capture of a moment, the creation of tension.

In the middle of the second room lies the tufted wool carpet Liquid Skies. Furter recently picked up the technique of tufting and quickly developed it into a great mastery. The cosy carpet reproduces an infrared satellite image of a hurricane. These satellite images depict a reality that is not visible in this way, but only comes to light through technical processes. Furter translates the fleeting moment of the infrared image into a pixelated, permanent carpet landscape. Seven works by Timo Nasseri (*1972 Berlin, http://www.timonasseri.com/) from the Mesh series complete the group of works in the second room. The constructive works in this group by Nasseri are based on the calculations of the Swiss mathematician Jacob Steiner, who proved that straight lines can be used to describe parabolas. The sculptures are an attempt to make legible again in the third dimension what has become illegible or lost in the two-dimensional drawings, such as the volume of bodies. Nasseri’s art is located at the interface between the visual culture of the West and that of Islam. In his book Florence and Baghdad: Renaissance Art and Arab Science (2008), the art historian Hans Belting explained the different ways East and West perceive things. The interplay between Furter’s colourful, fluffy, woolen carpet and Nasseri’s black, metal wall sculptures can be described as a wonderful combination of contrasting landscapes.

In the third room, twelve works on paper from Franziska Furter’s Remains of the Day series are spread out. The works are based on Furter’s in-depth study of the marbling technique, which has already been used in earlier work cycles such as the Corona series, the Refractions and the Scattered Rainbows. For the works in the Remains of the Day series, Furter proceeds as follows: First, she spreads several coloured, oil-based ink colours on a water surface and dabs away the actual drawing. She then removes the remnants scattered on the water surface again with a paper and gets the actual work. In this process, Furter consistently follows the principles of chance. For the series, Furter produced coloured artist’s frames holding the group of works together and reinforcing some coloured elements in the singular drawings. Placed with the group of the Remains of the Day is the installation-like black work Elevating Audrey Rose from 2017 by Ulrike Mohr (https://ulrikemohr.de/). The work is based on an arrangement of carbonised shingles that Mohr had distributed on a square surface and connected with cords. In a performative process, the charcoal drawing material became a counterpart for the dancer Audrey Rose Burden, who put it on like a dress and covered her body with it, but also protected and adorned it. She pulled the strings, similar as manipulating marionettes, to give the sculpture a new orientation. The arrangement now shown resonates this performance on the one hand, and on the other, is the direct result of the current installation as it was realised in the gallery. Furter’s drawings and Mohr’s installation complement each other perfectly. The coloured remains find their echo in the carbonised shingles. The fragility of both groups of works manifests itself in different forms.

In the fourth and last room, four framed, large-format, black watercolours hang joined together to form a quadriptych called Hikaru. The sheets were meticulously created in Furter’s studio in Basel. They captivate with their luminosity borrowed from the paper. Furter achieved this effect by superimposing countless layers of black ink and leaving out white circles the size of the palm of her hand or letting them glow with fewer layers. The four sheets have an almost sacred dignity that is heightened by their size. The watercolours are reminiscent of nocturnal window views and refer to one of Furter’s favourite works, the two times six screens by the Japanese artist Tohaku, a 16th- century Japanese Zen painter. Next to the towering ink works hang 14 small, highly pigmented paintings by Markus Weggenmann (http://www.markusweggenmann.ch/) in a cloud formation. In their colourful intensity, Weggenmann’s paintings wonderfully complement Furter’s black-wise panels. In them, Weggenmann plays with representationalism without allowing figurative elements to be interpreted.

Franziska Furter is present in this exhibition not only as an extremely versatile artist working in different media, but also as a thoughtful curator who knows how to combine the landscapes of four artist friends with her visual landscape in a concise way. A multitude of cross-connections, associations, contradictions and astonishing insights open up for the visitors.

Courtesy of the artists and Lullin + Ferrari, Zürich