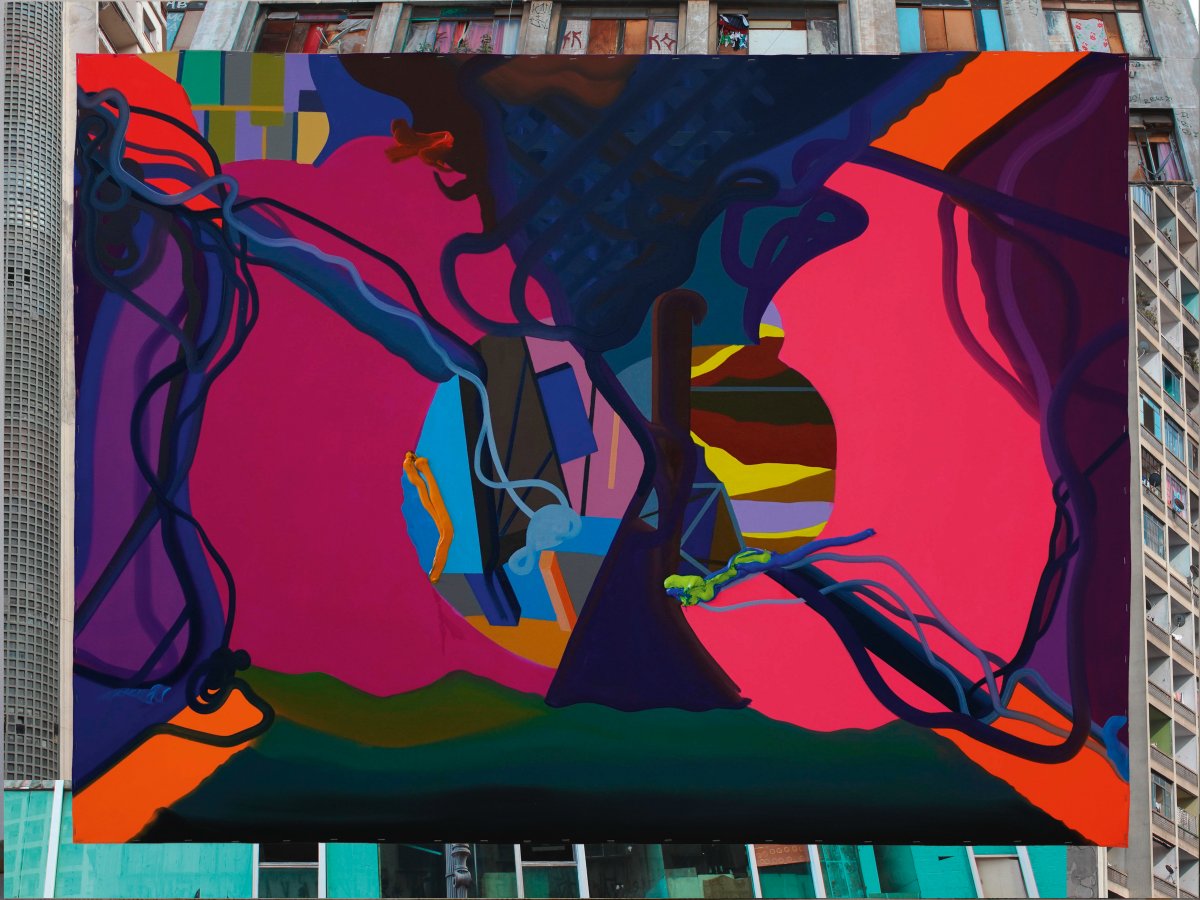 Franz Ackermann
My work is your neighbor, 2022 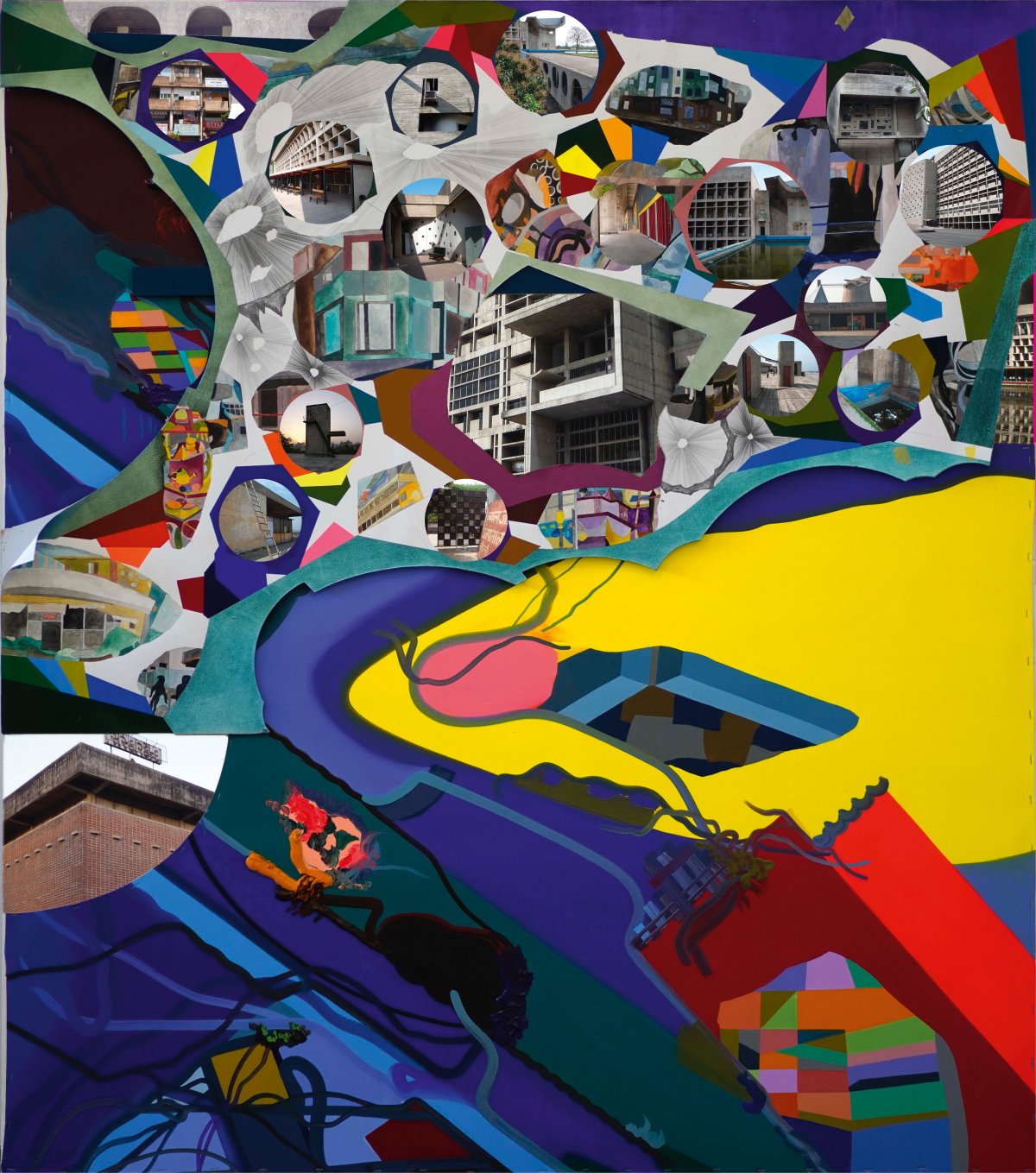 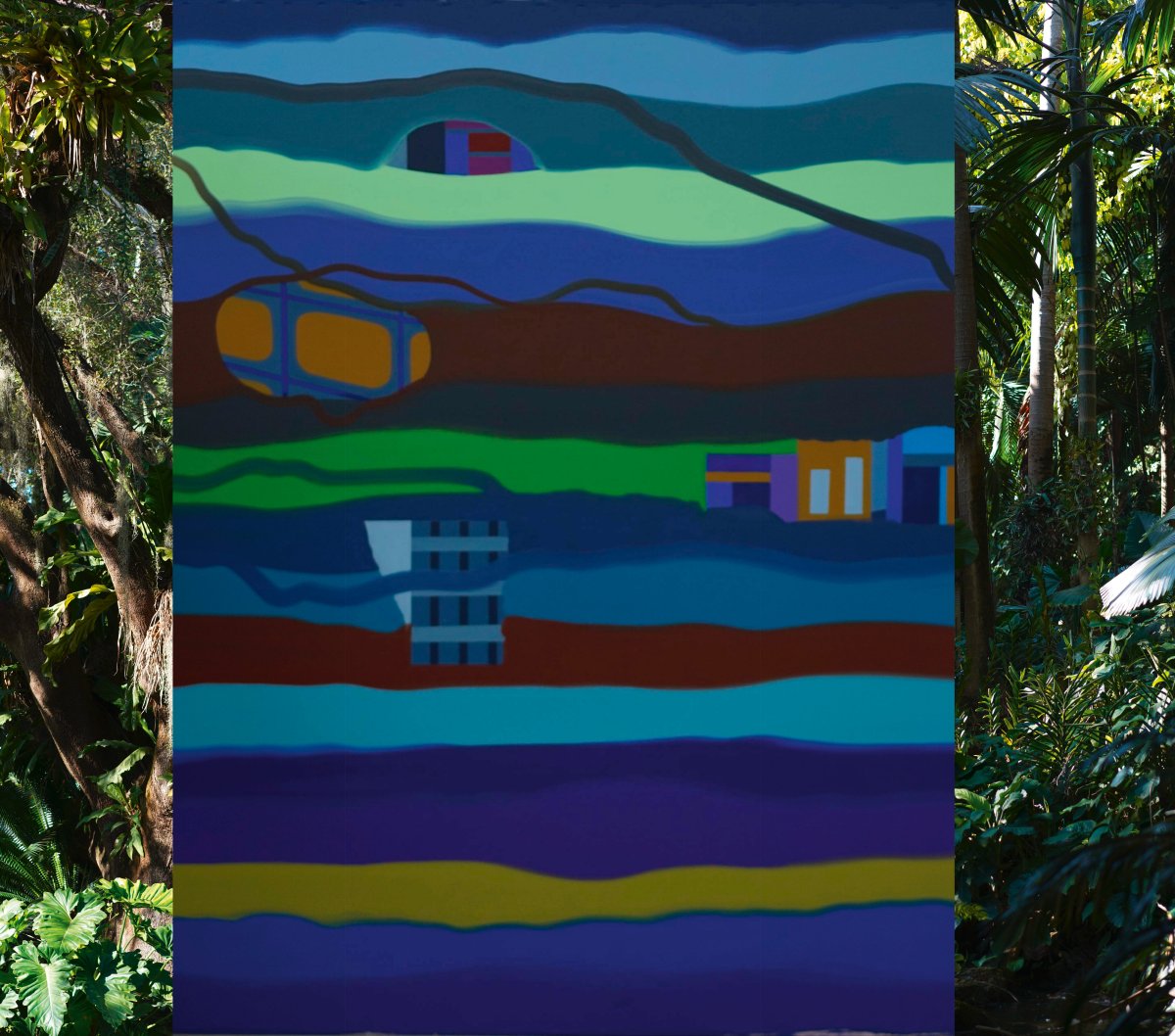 Franz Ackermann
You gamble I go, 2022 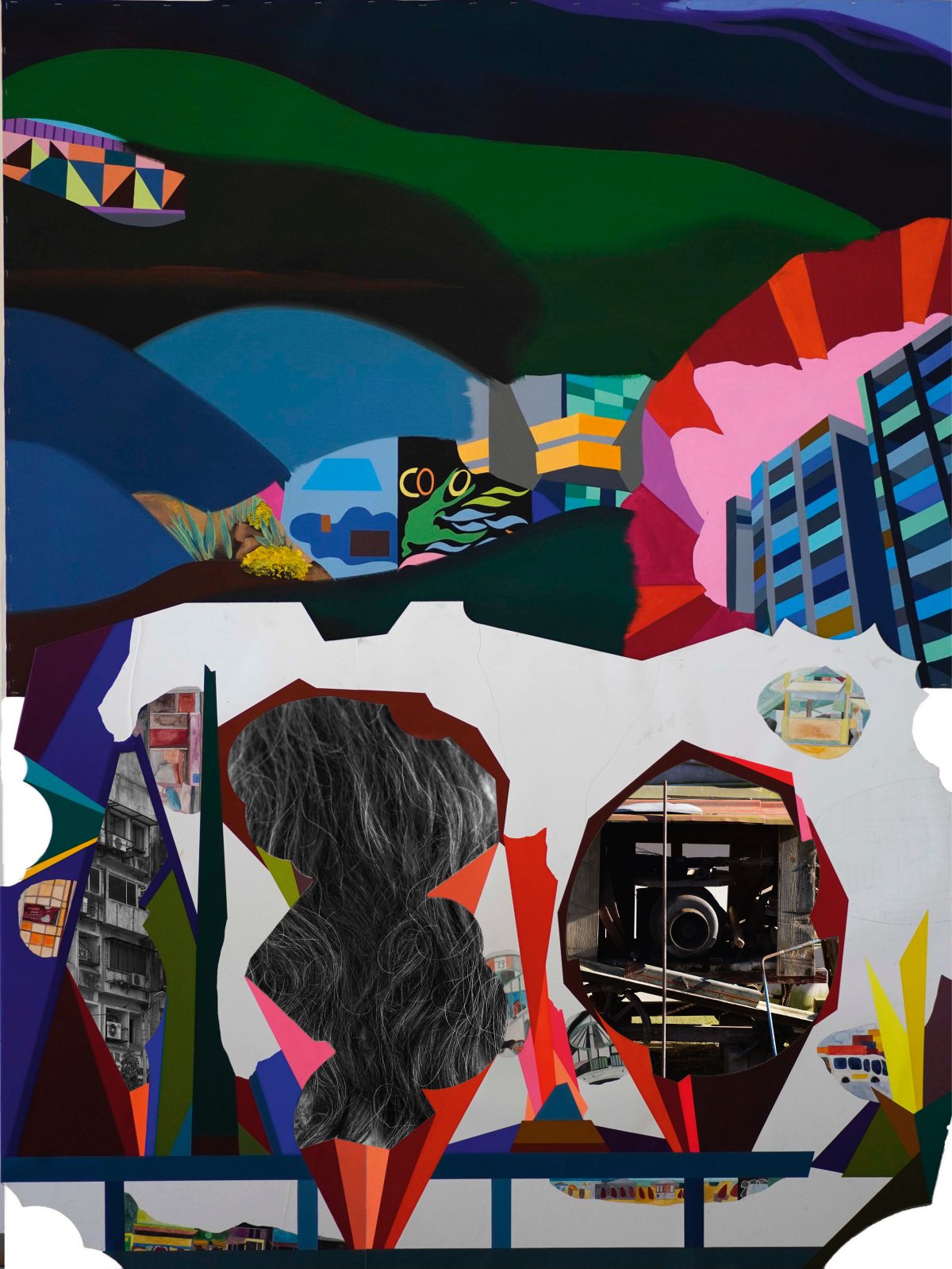 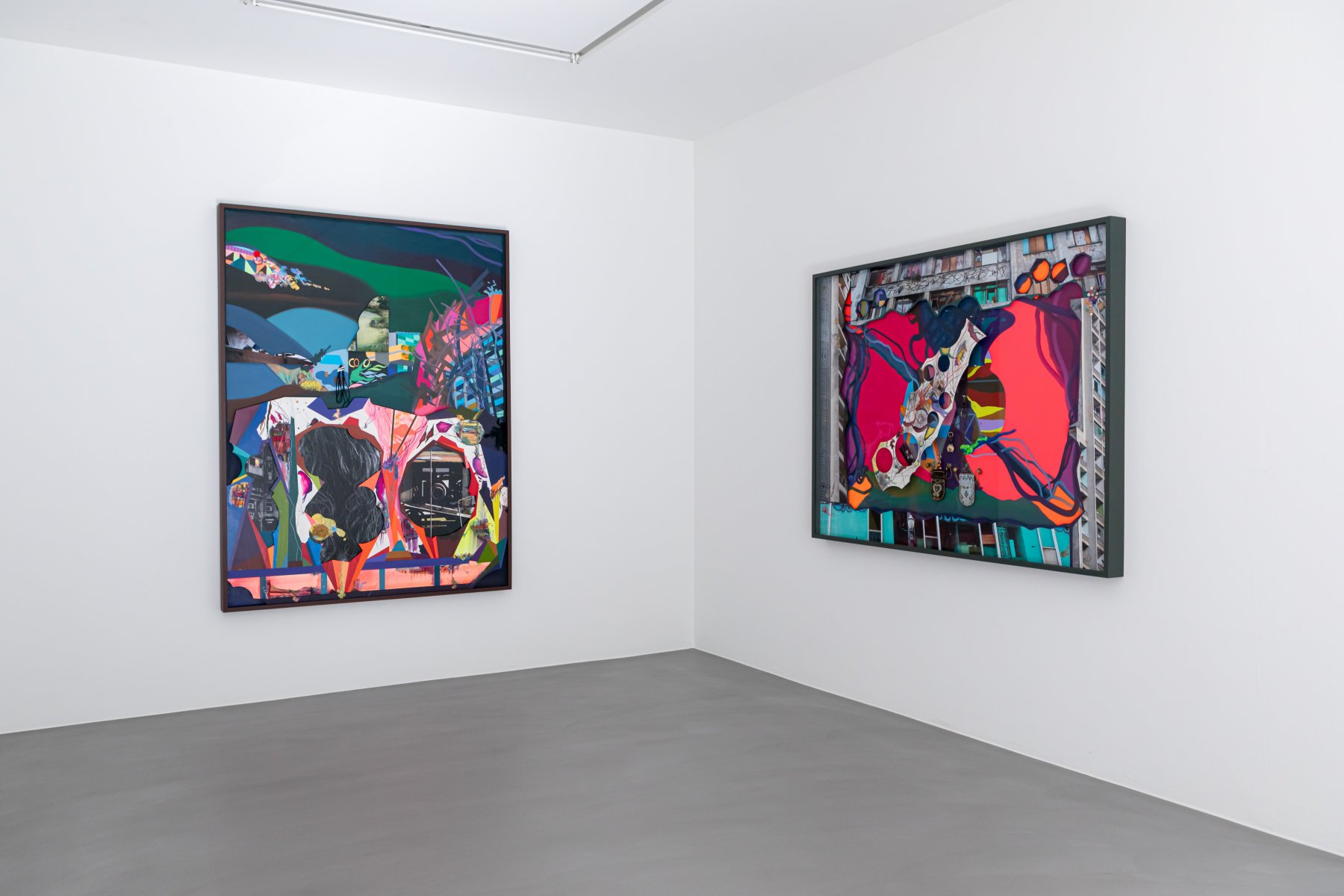 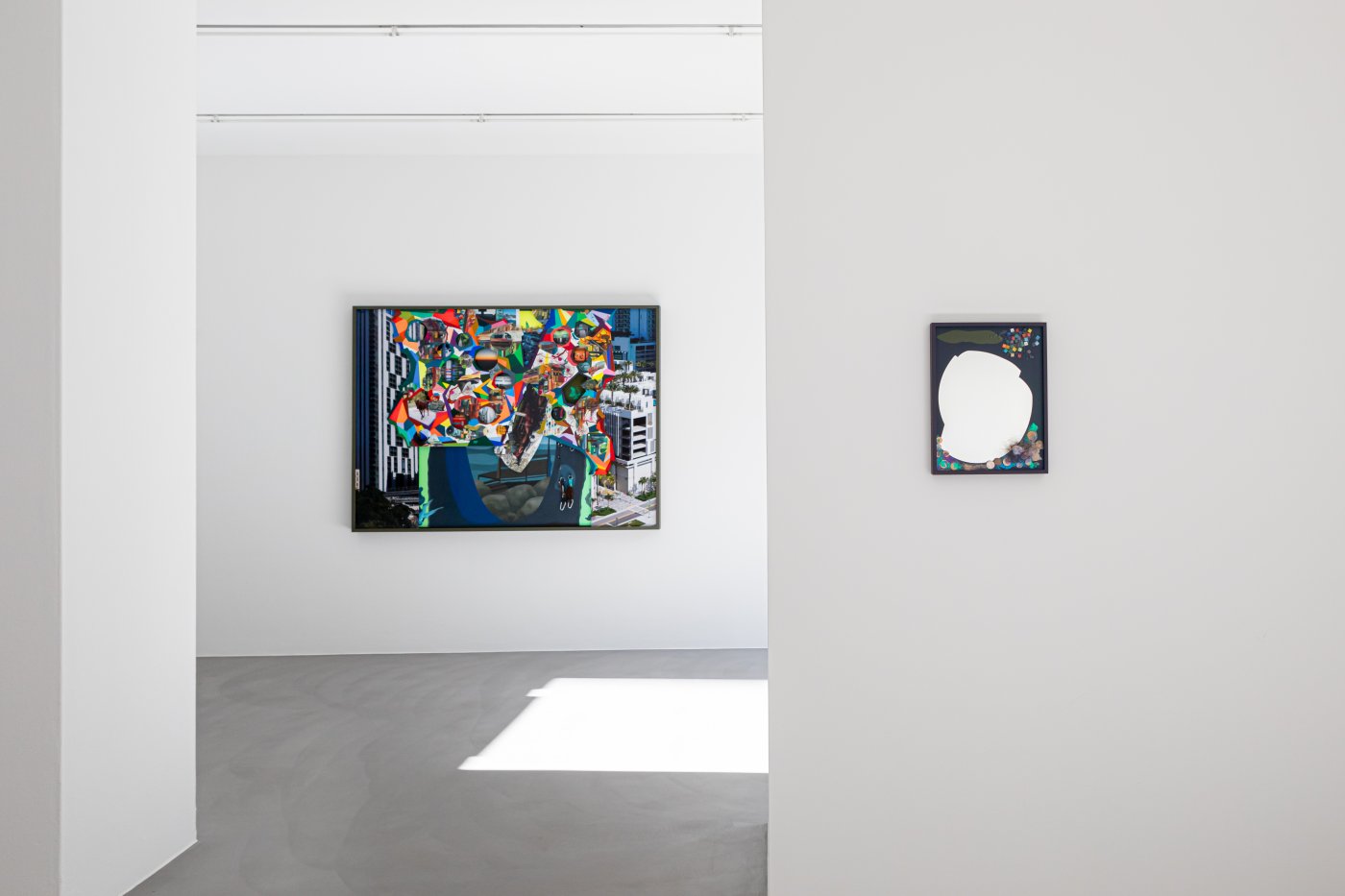 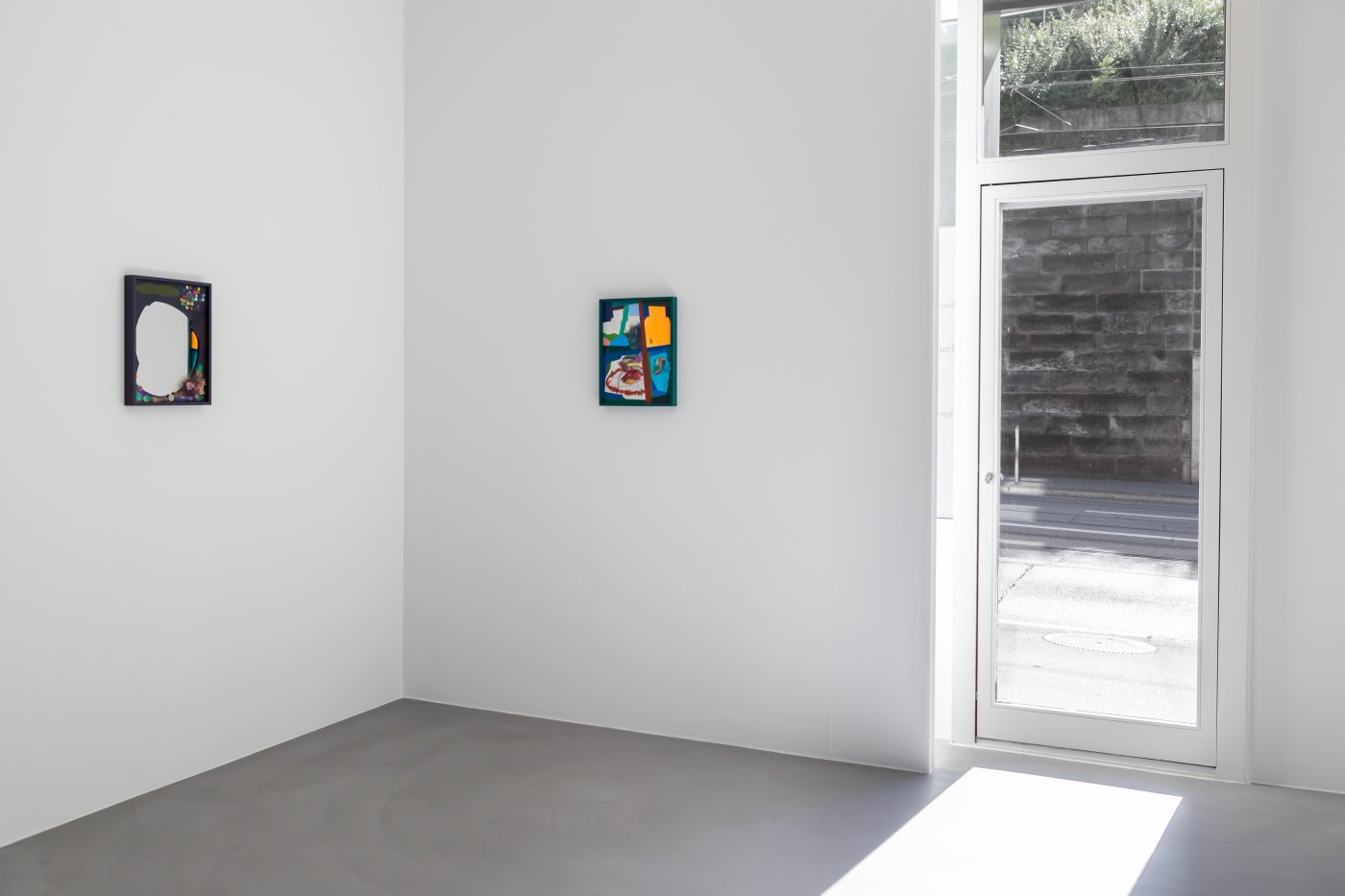 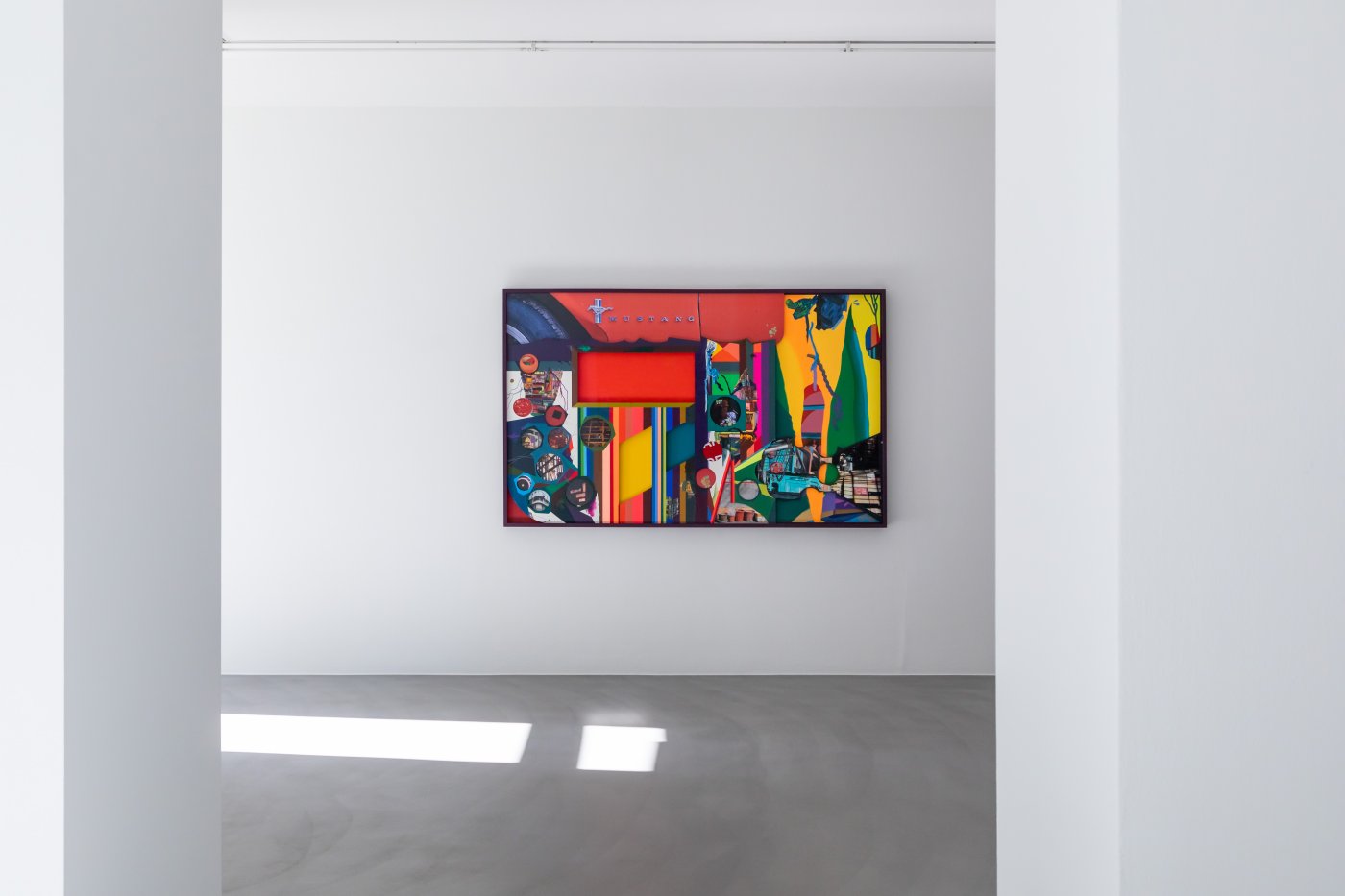 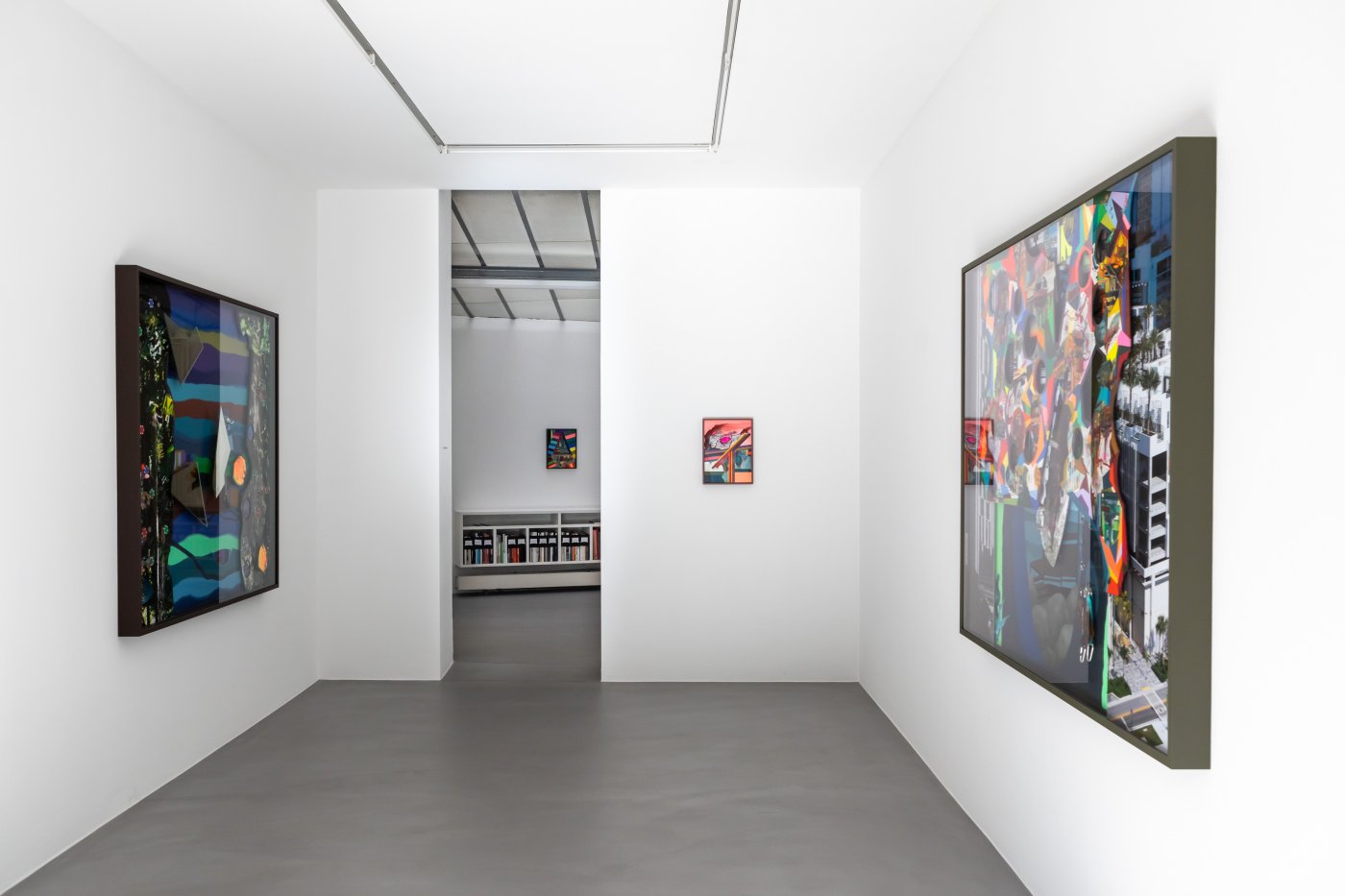 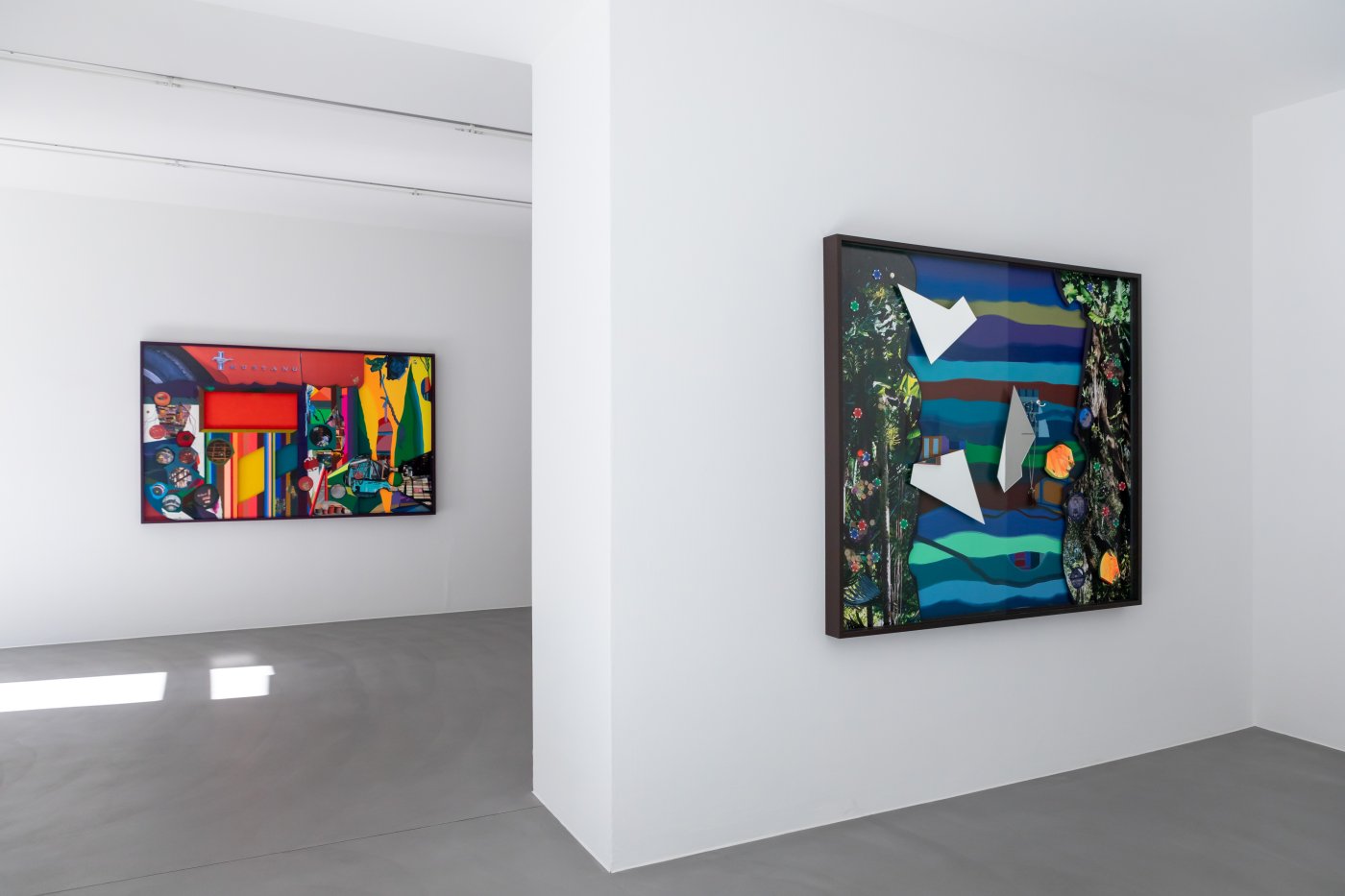 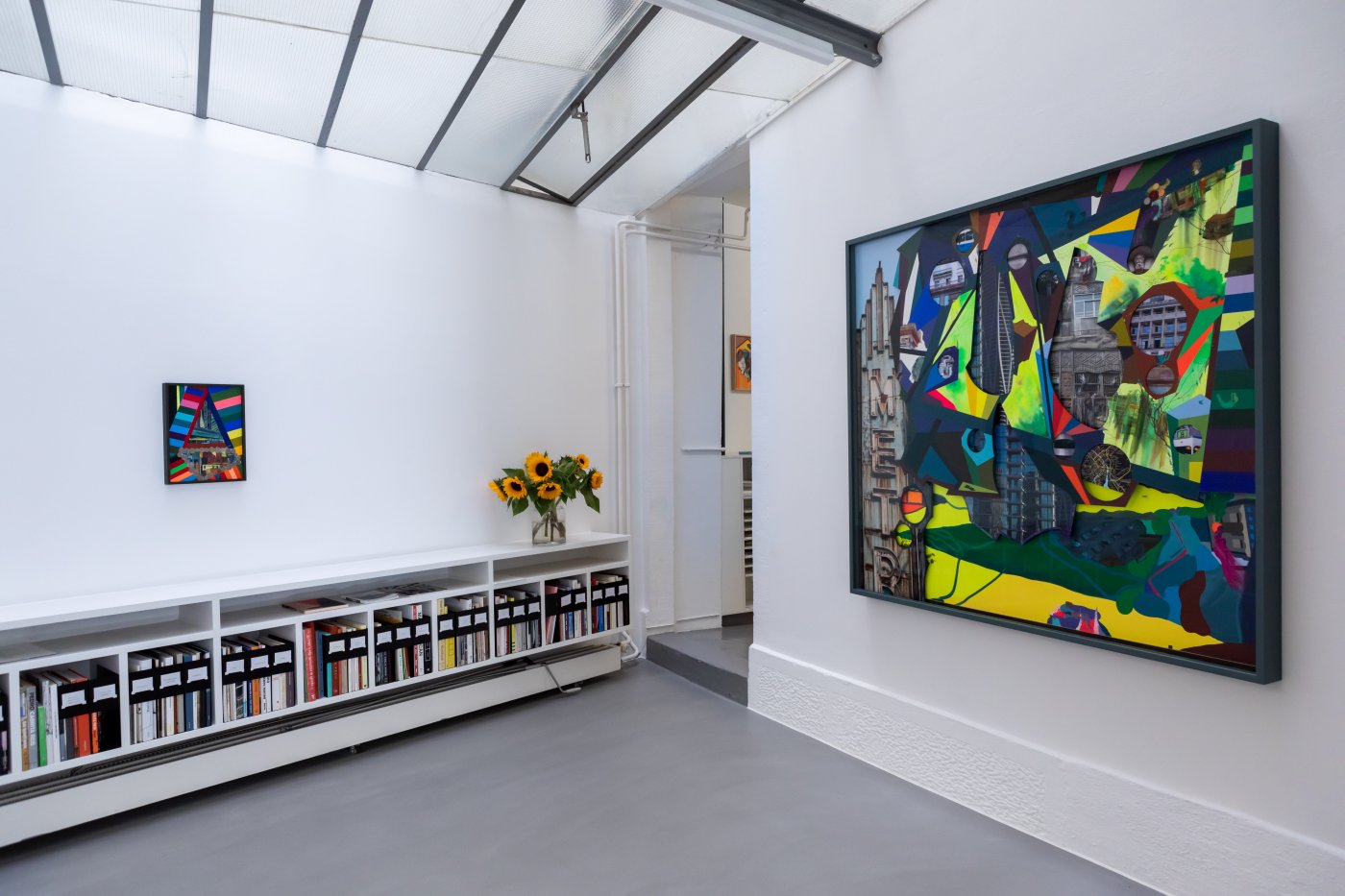 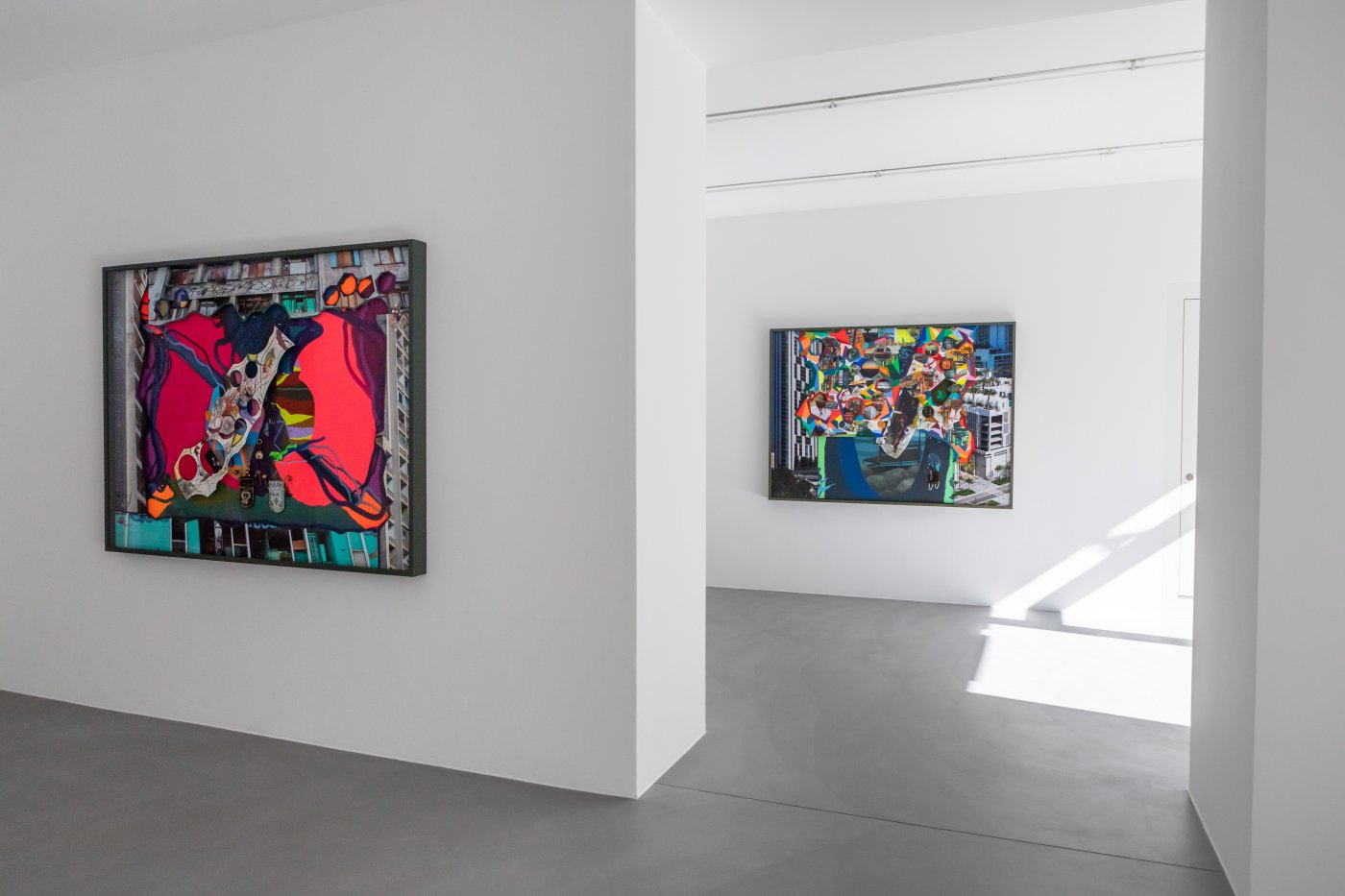 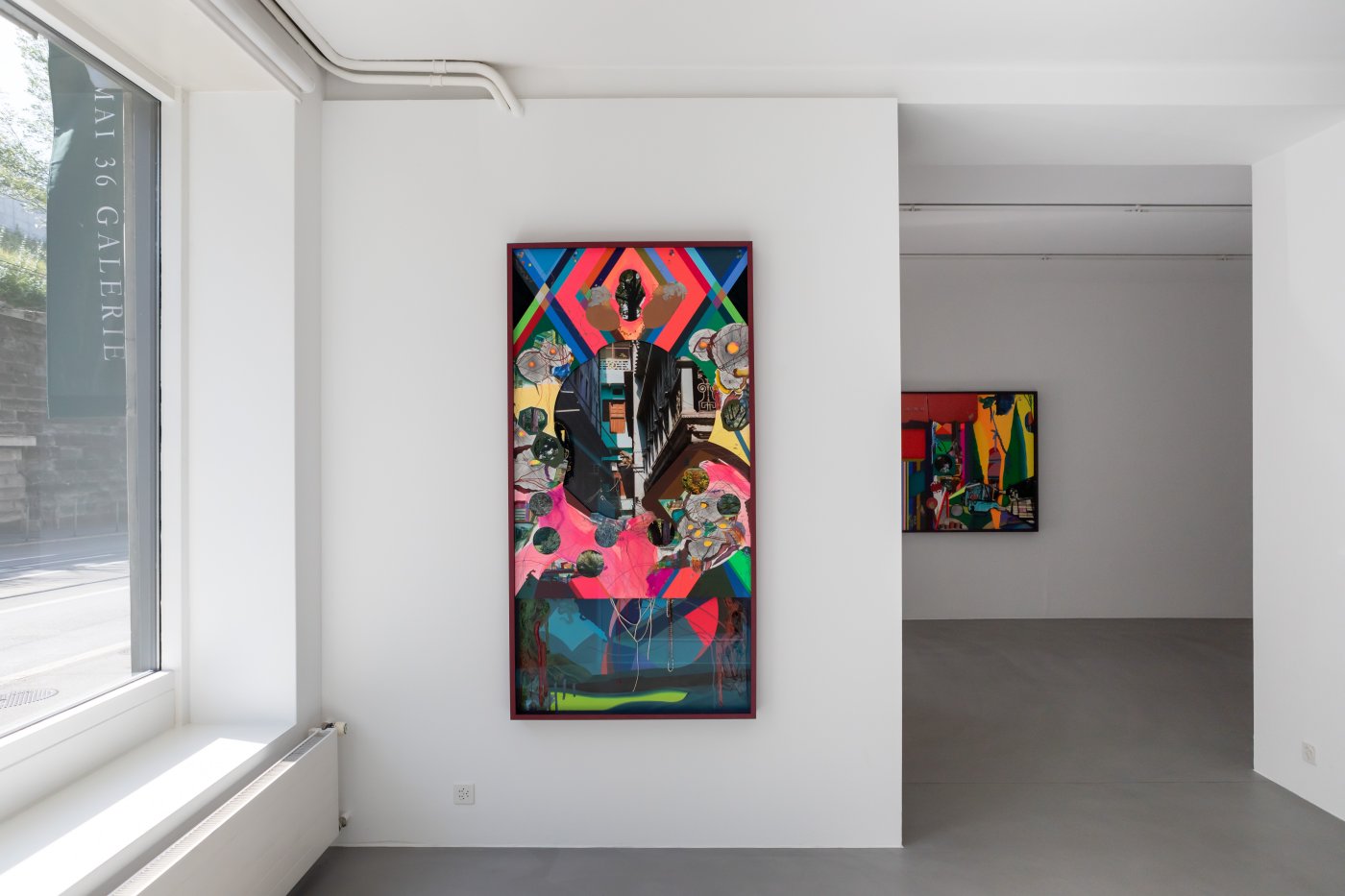 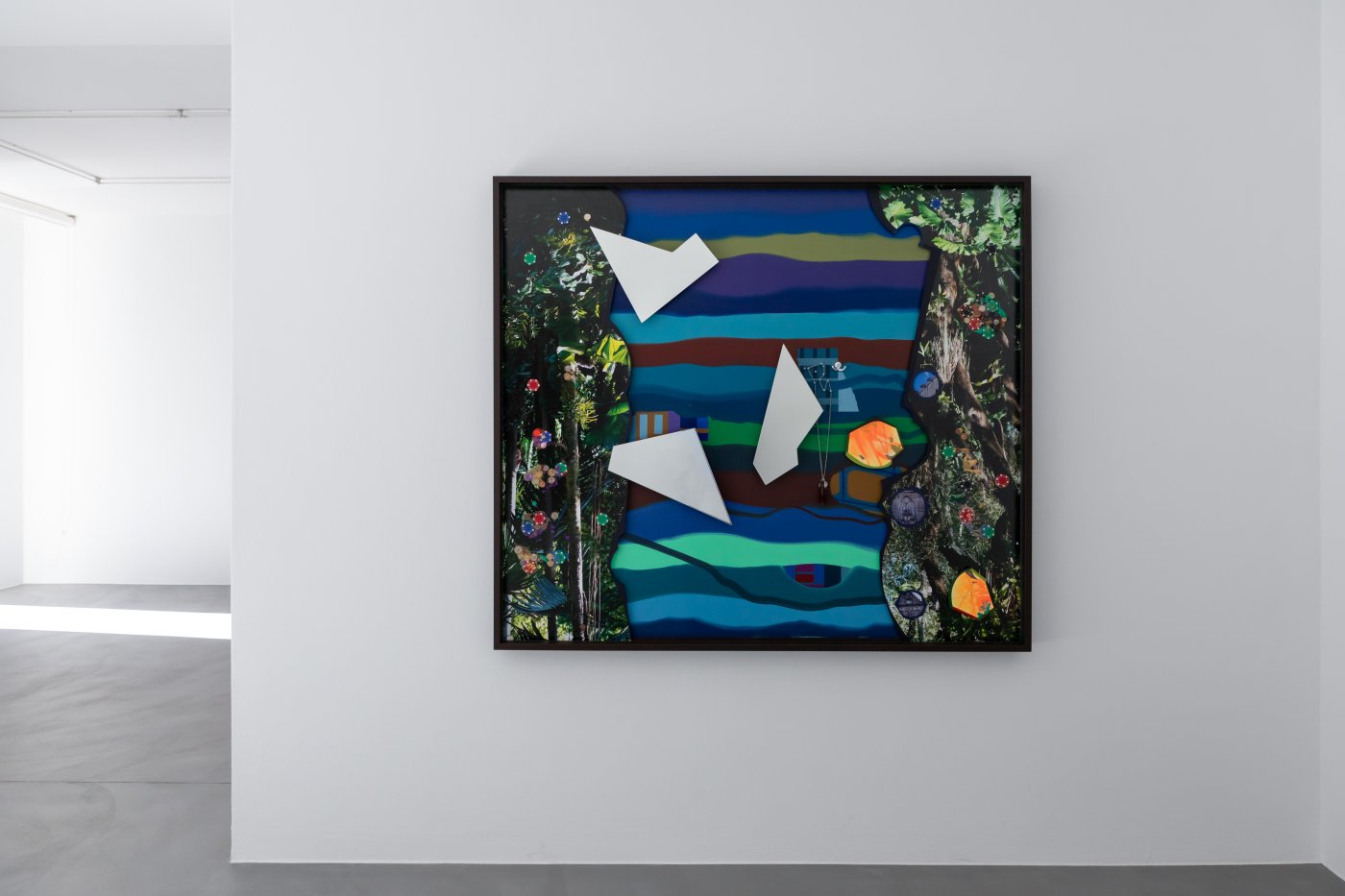 Since the early 1990s, Franz Ackermann (*1963 in Neumarkt-Sankt Veit, Germany) has been working on a multi-layered body of work that visualises modern urbanity and the subjective experience of travel, addressing themes such as networking, tourism, globalisation and mobility.

We are pleased to present 16 new mixed media works in the artist’s fifth solo exhibition at the gallery. They find their origin in his small-format, cartographic ‘mental maps’, which Ackermann created as sketch-like watercolours and drawings during his numerous travels. Later, Ackermann condenses, expands and abstracts these subjective interpretations of places, spaces and experiences, transforming them into haptic, three-dimensional paintings. His overarching collage-like work, for which he draws on a 30-year archive, enables him to incorporate, alter and redefine a broad spectrum of memories in his works. At the same time, it is characteristic of Ackermann’s practice to create processually and almost performatively: Immediate, site-specific reactions give rise to the new and unexpected. Underlying this is the artist’s inexhaustible curiosity and the need to capture an actuality that empowers him to work out a new approach to reality, reflecting our existence and the limits and possibilities of individual freedom in the global world.

In the works themselves, the high density of images sometimes leads to a paradoxical connection between location and placelessness, which is reminiscent of ‘puzzle pictures’ and refers to our contemporary urban density. Formally, the works reflect a mixture of real life and fiction using a wide variety of media (painting, drawing, photography, objects, etc.): cartographic moments and impressions of places (e.g. suggested street networks) mix with bright abstract colour surfaces and vibrant geometric constructions. Objects (such as skyscrapers, windows, trees, coins) linger in a sea of psychedelic ornaments and loud abstraction. A primary impulse cannot be made out. Ackermann strives for a conscious de-hierarchisation of media. His work looks for possibilities to stretch the medium of painting beyond its limits. Graphic lines permanently seek to locate themselves, expand and become painterly gestures and spatial fields, only to transform back into linearity. A pictorial space is created that abolishes the classical distance between the picture and the viewer and draws the latter into its eventful immediacy. What emerges is not ‘pure painting’ but a contextual, referential pictoriality, oscillating between self-referential autonomy and extra-pictorial as well as art- historical references. In this way, what is seen and what is experienced is linked in proliferating bundles of lines, photographs and geometric fragments to form a survey of the world in which the immeasurable is just as present as the claim to attempt to measure it after all.

Franz Ackermann lives and works in Berlin and Karlsruhe, where he has held a professorship at the State Academy of Fine Arts since 2001. He studied in Munich and Hamburg before going to Hong Kong as a DAAD scholar in 1991. Ackermann’s exhibition history includes shows in numerous renowned public and private institutions. In 2002, he participated in the 25th São Paulo Biennale. His largest wall painting, one of the largest worldwide, is currently under construction in downtown Miami and nearing completion.