When I built the first model of the fish, I saw in it the movement that I was looking for. It was startling that a static object could express motion in such a dynamic way.
—Frank Gehry

Gagosian presents Spinning Tales, an exhibition of new work by renowned architect Frank Gehry. It pairs large-scale elaborations on the Fish Lamps series with a new installation, Wishful Thinking (2021), and is Gehry’s eighth exhibition with the gallery since 1999. 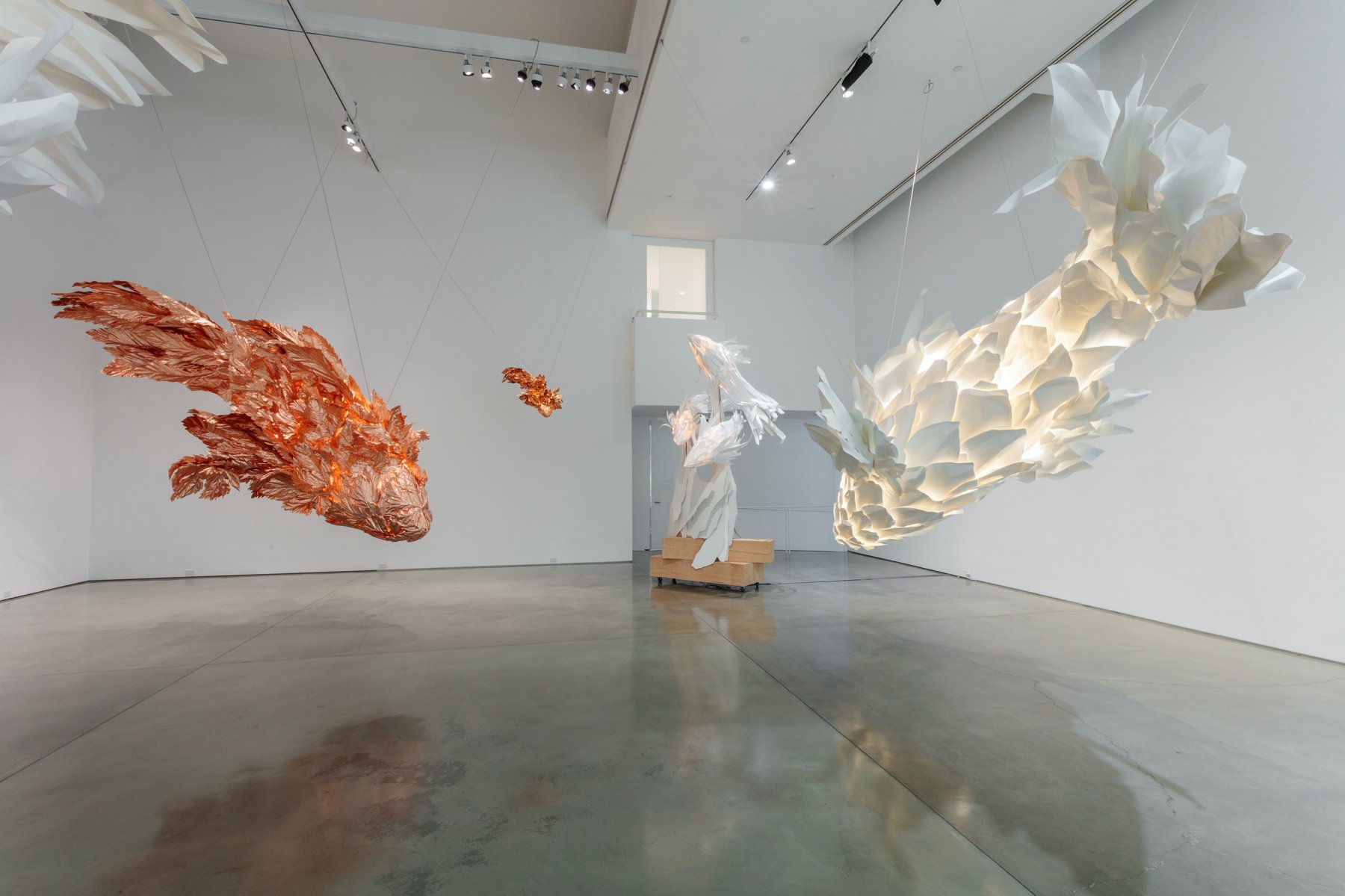 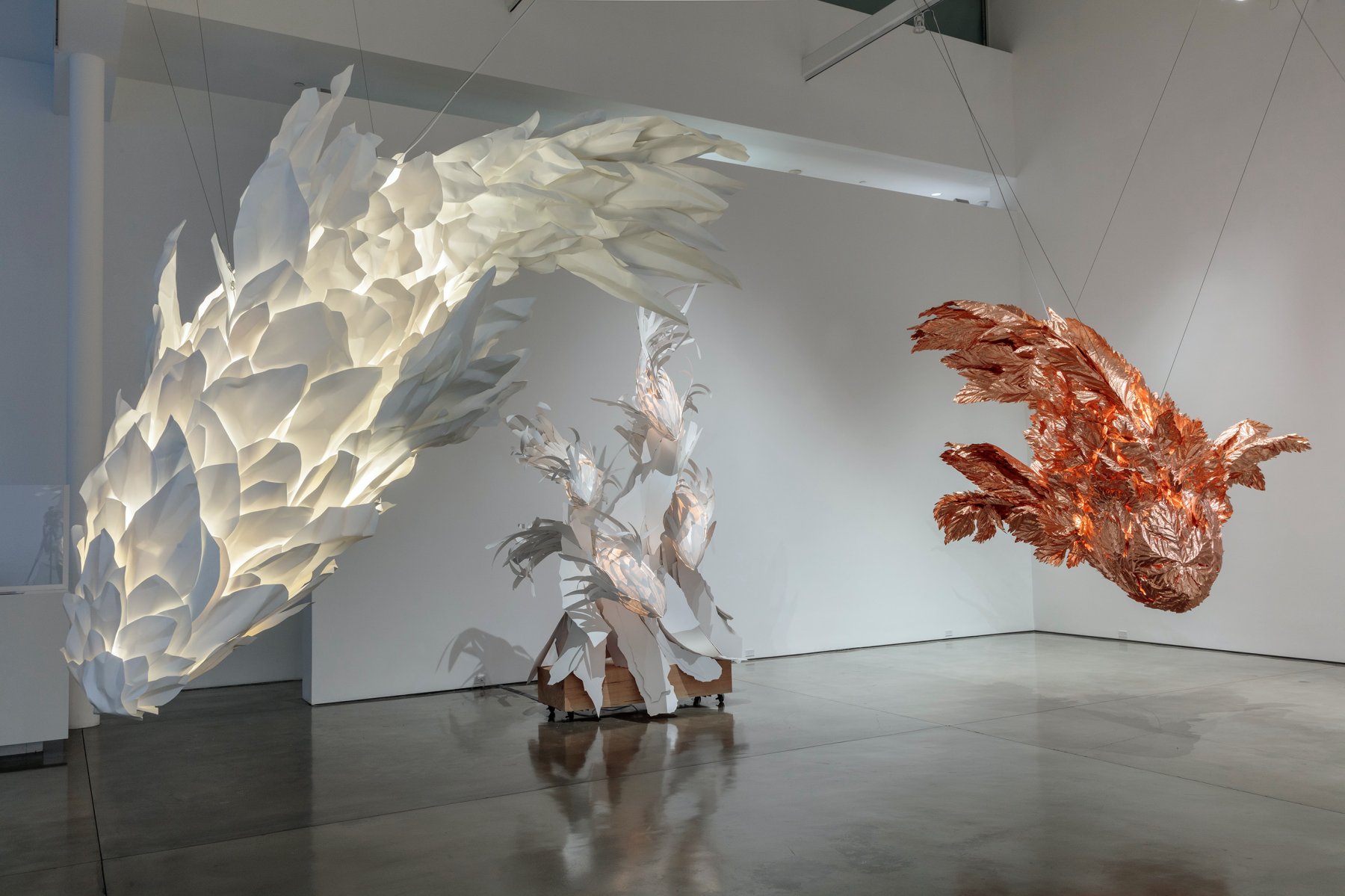 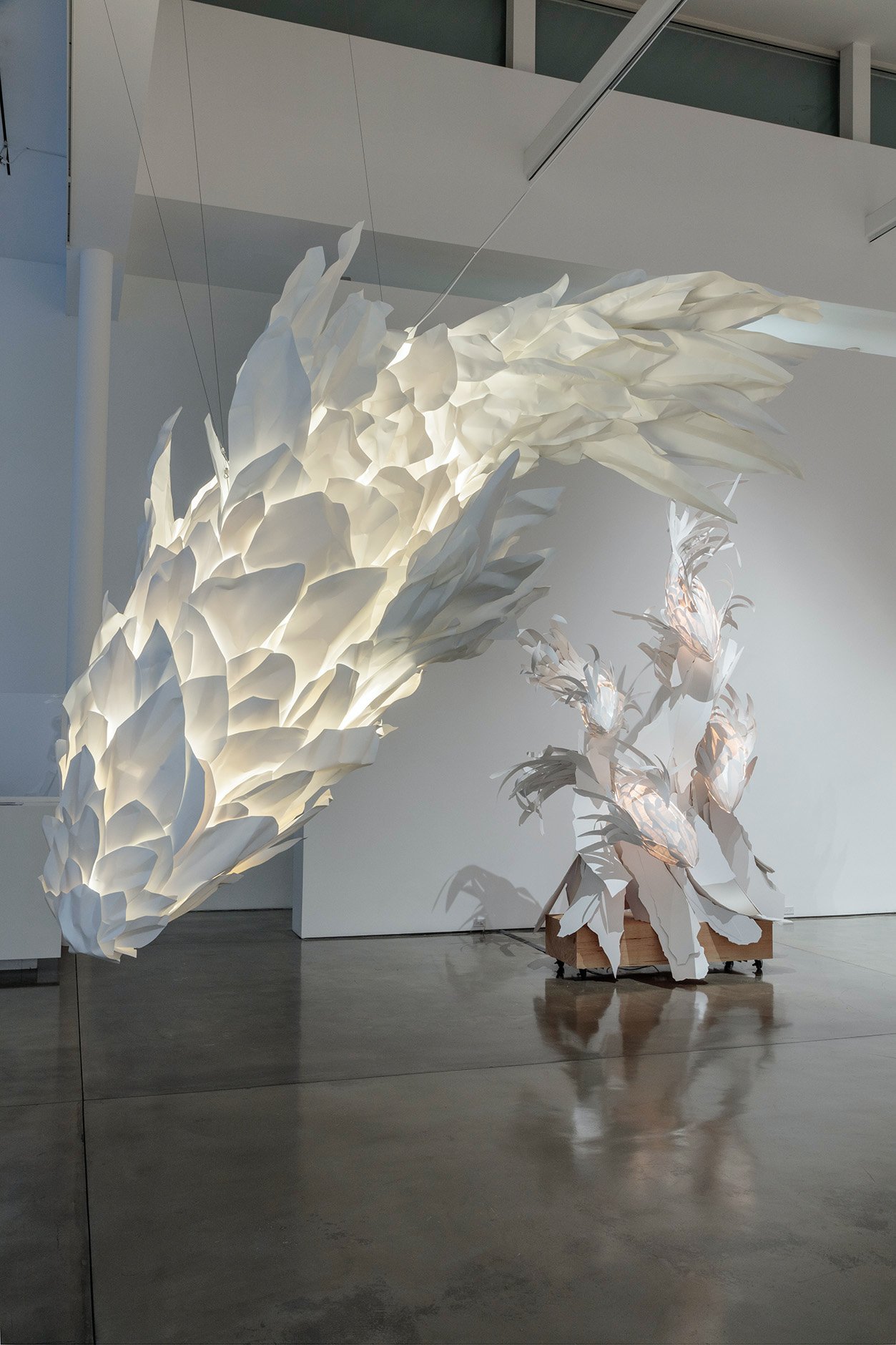 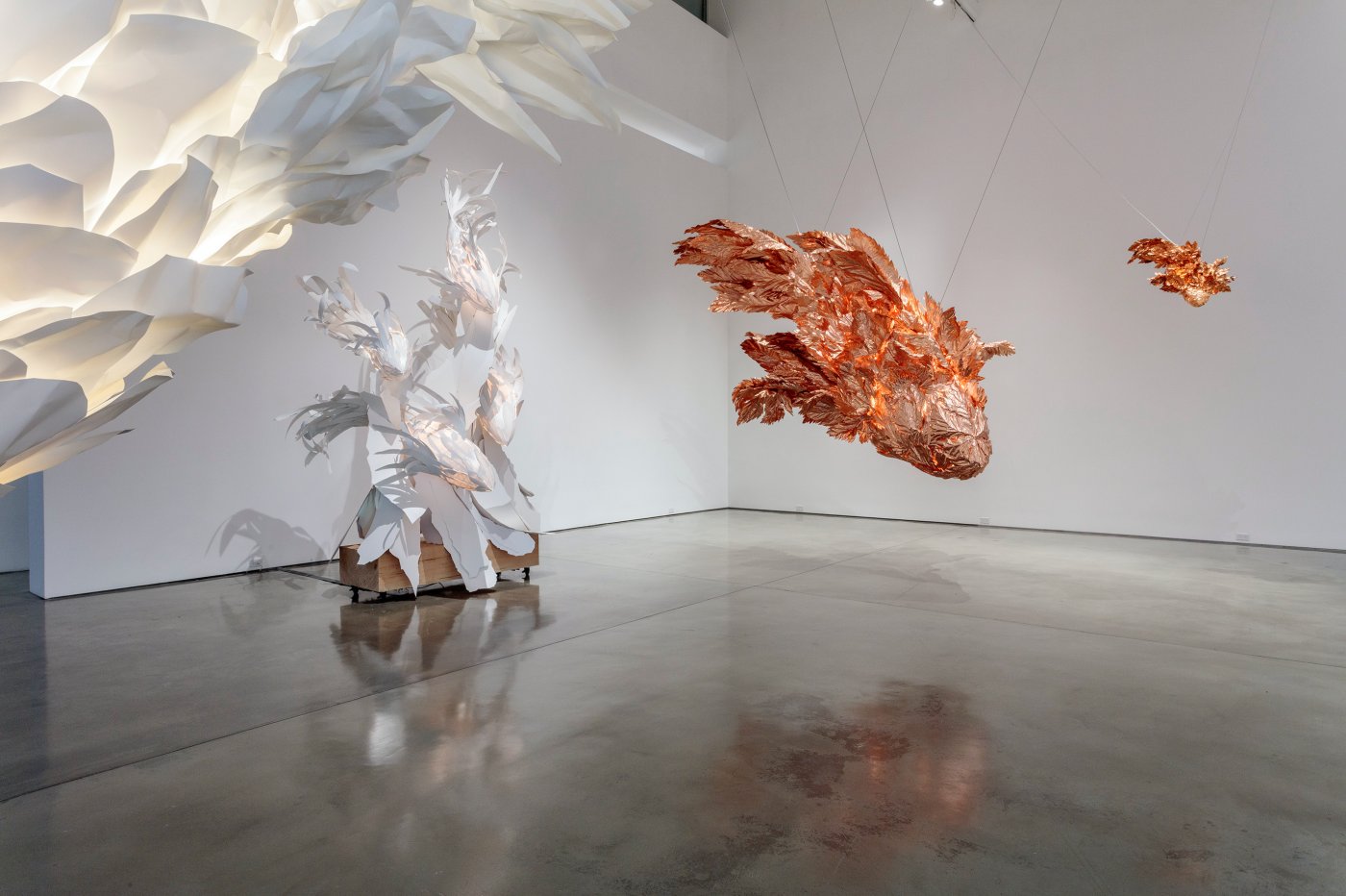 Celebrated for his groundbreaking architectural designs, Gehry has also produced significant bodies of sculpture and furniture, from Easy Edges (1969–73) and Experimental Edges (1979–82)—chairs and tables made from layers of corrugated cardboard—to bentwood furniture items designed for Knoll (1989–92). The Fish Lamps evolved from a 1983 commission by the Formica Corporation to utilize ColorCore, a type of plastic laminate. After accidentally breaking off a shard of the material, Gehry was inspired by its scale-like appearance; molding wire armatures into piscine forms, he affixed ColorCore fragments to them.

In the main gallery, three outsize, internally illuminated Fish Lamps sculptures are suspended from the ceiling in dynamic, twisting poses, as if swimming through water. In these works, Gehry has used polyvinyl and copper for the first time. These central forms are surrounded by lively, colorful sculptures that are more baroque in their ornamentation. While these sculptures are autonomous works, the “perfect form” of the creature that they emulate reappears throughout Gehry’s architectural oeuvre, lending itself to the undulating profiles of buildings including the Guggenheim Bilbao, Spain (1997), and the Walt Disney Concert Hall, Los Angeles (2003).

Filling the upstairs gallery is the immersive installation Wishful Thinking, based on a scene from Alice’s Adventures in Wonderland. Gehry renders the Mad Hatter’s tea party as a group of ten surreal figures, twice life-size. Fashioned from brilliantly painted metal, Gehry’s abstracted interpretations of Carroll’s original characters surround an internally lit table, the glowing heart of the scene. Three overlapping woven steel “tapestries” of trees evoke the episode’s forest setting, while a mirror on the opposite wall implicates the viewer. The crumpled surfaces of Wishful Thinking’s figures establish a new visual connection with some of Gehry’s best-known designs.