Reflecting the scale and scope of a prodigious six-decade career that has unfolded while criss-crossing the Atlantic Ocean, Sir Frank Bowling’s inaugural exhibition with Hauser & Wirth will be presented in both the gallery’s London and New York locations simultaneously. With works on view spanning over 50 years of the British icon’s career from 1967 to the present day, ‘Frank Bowling – London / New York’ celebrates the ways in which one artist’s inventive approach to the materiality of paint has expanded the boundaries of abstraction. 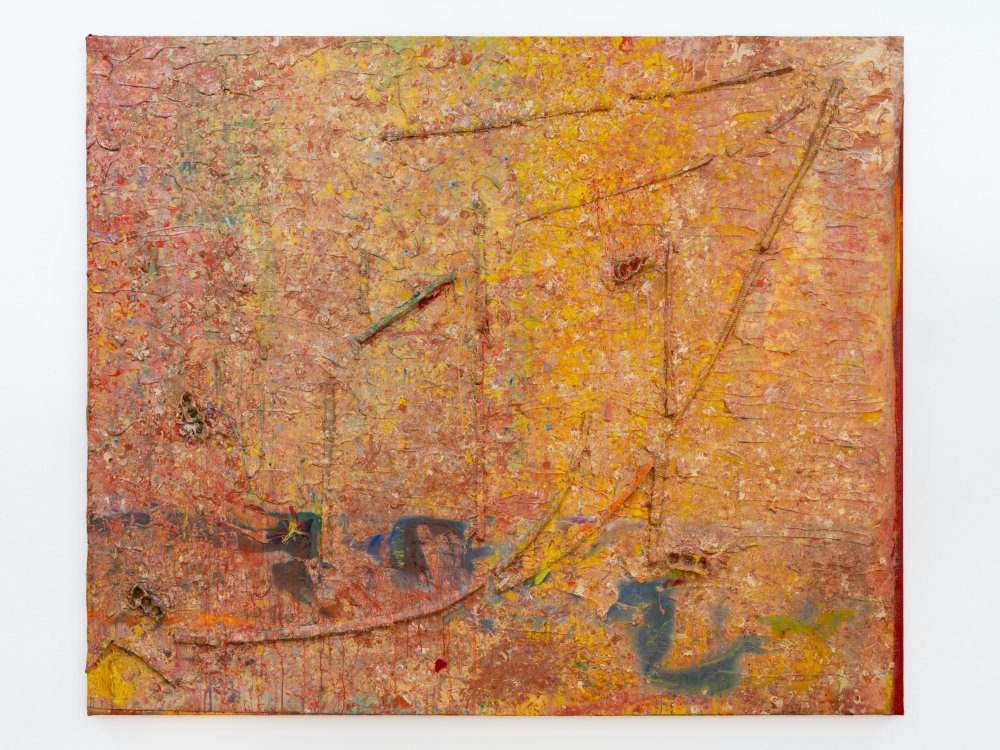 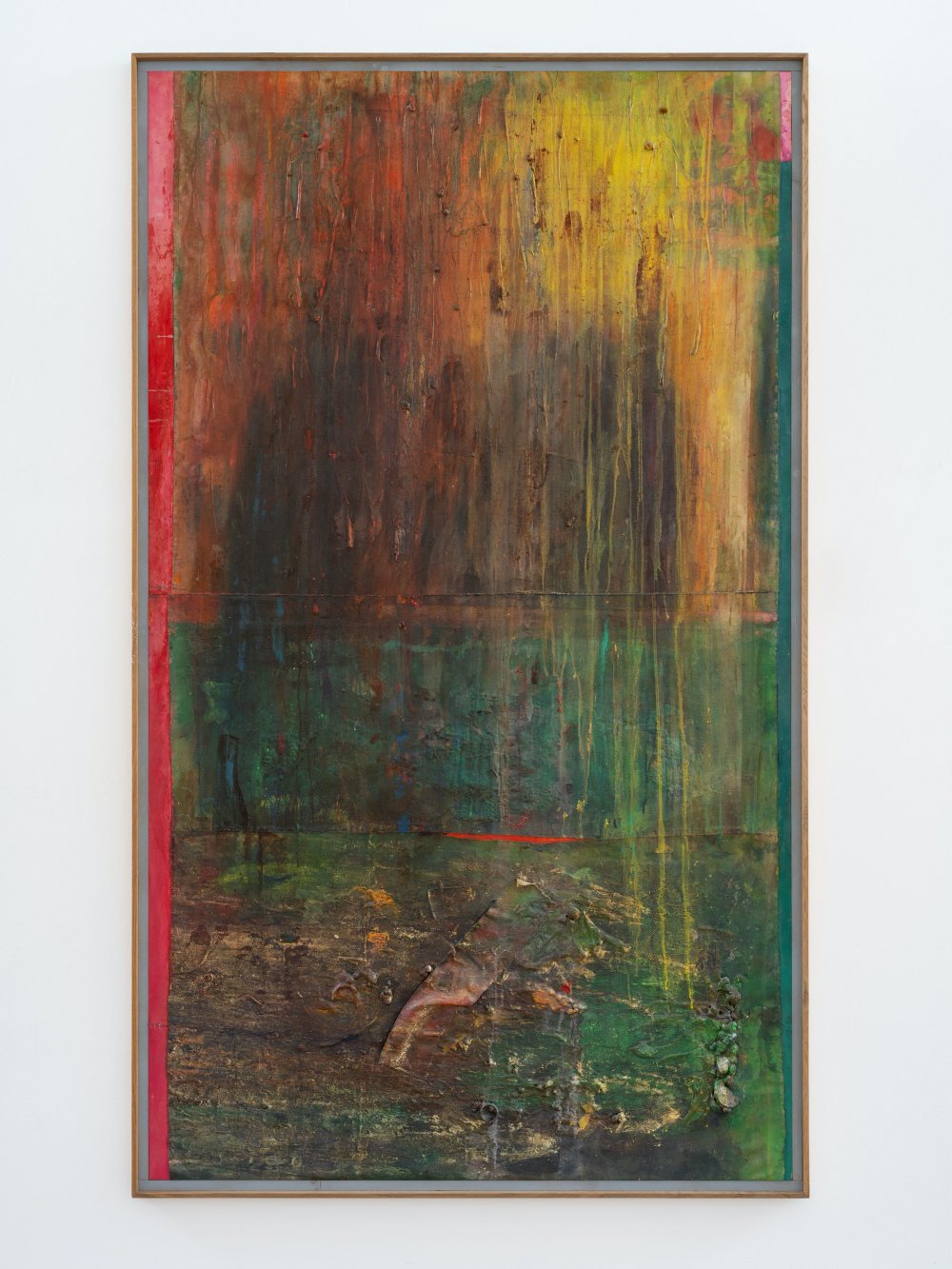 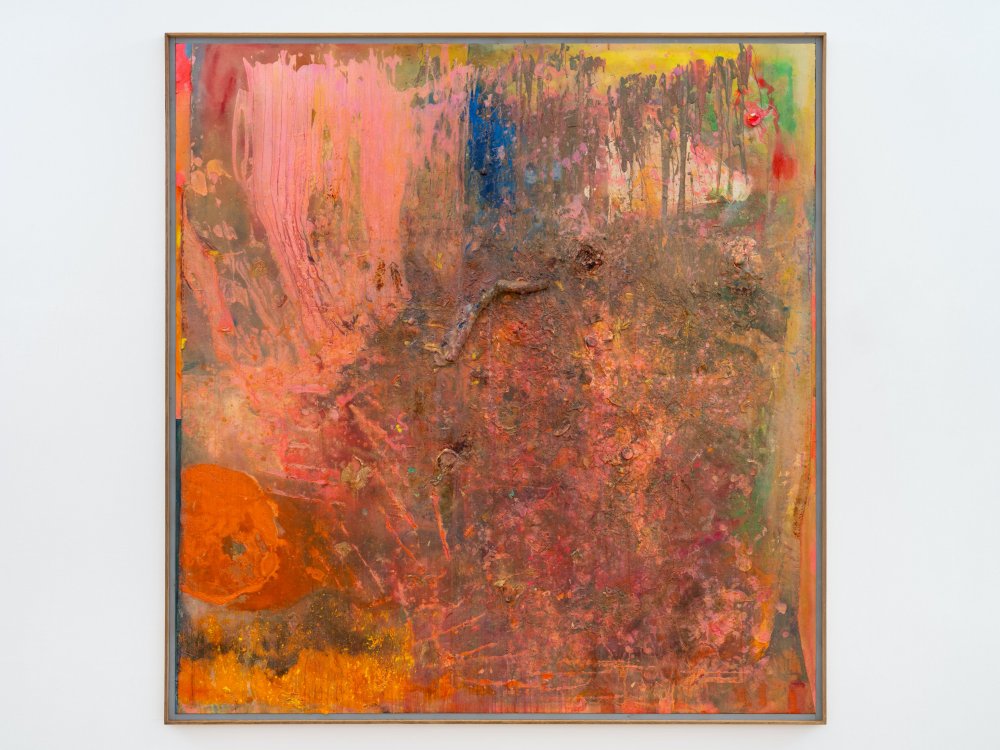 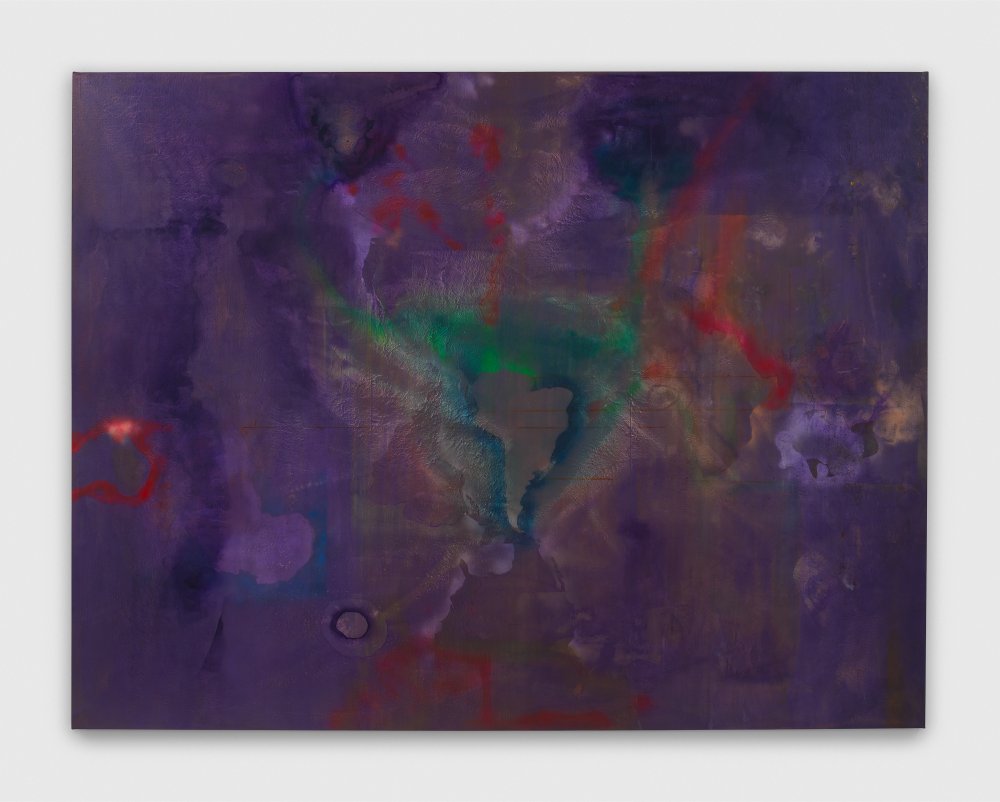 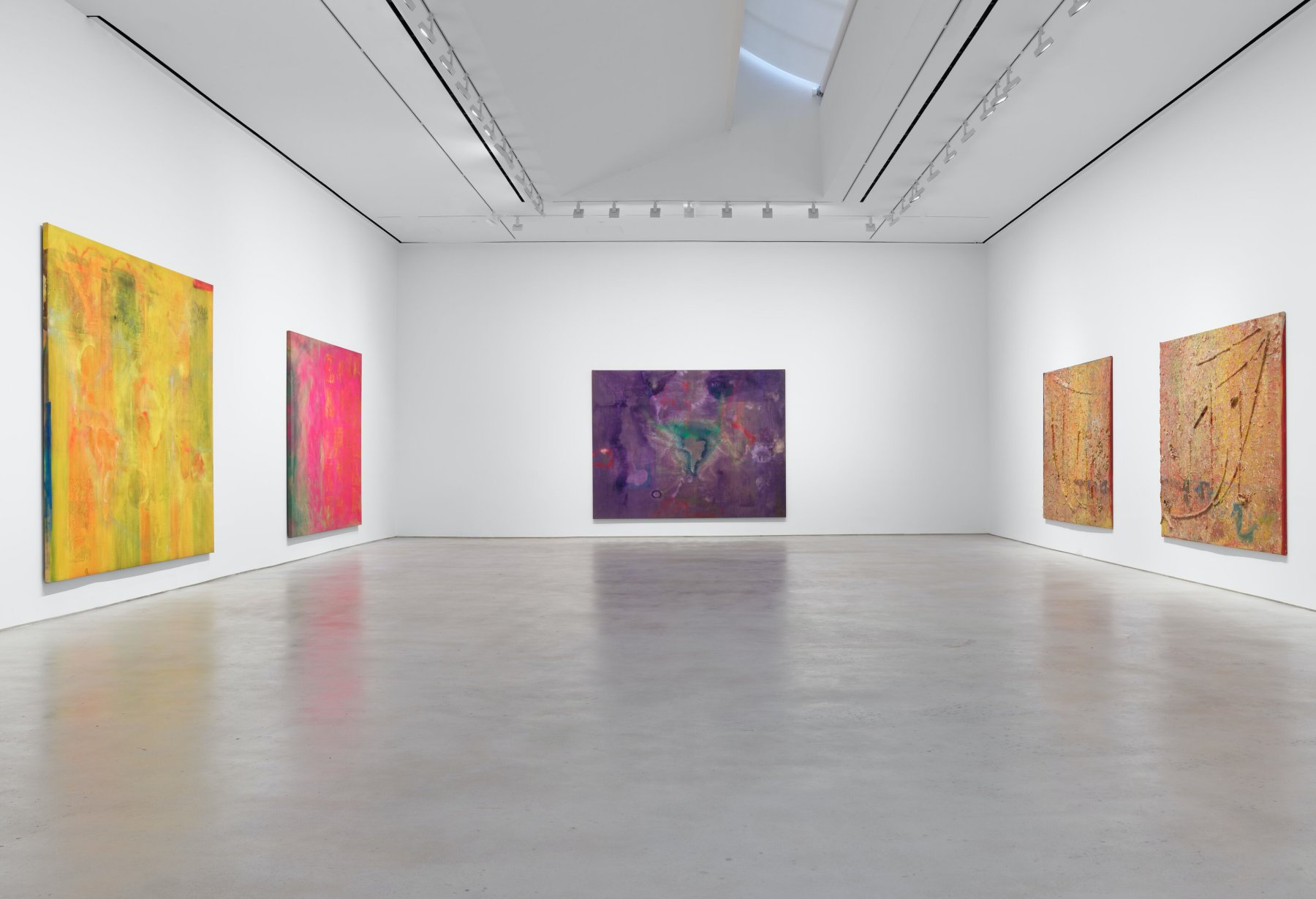 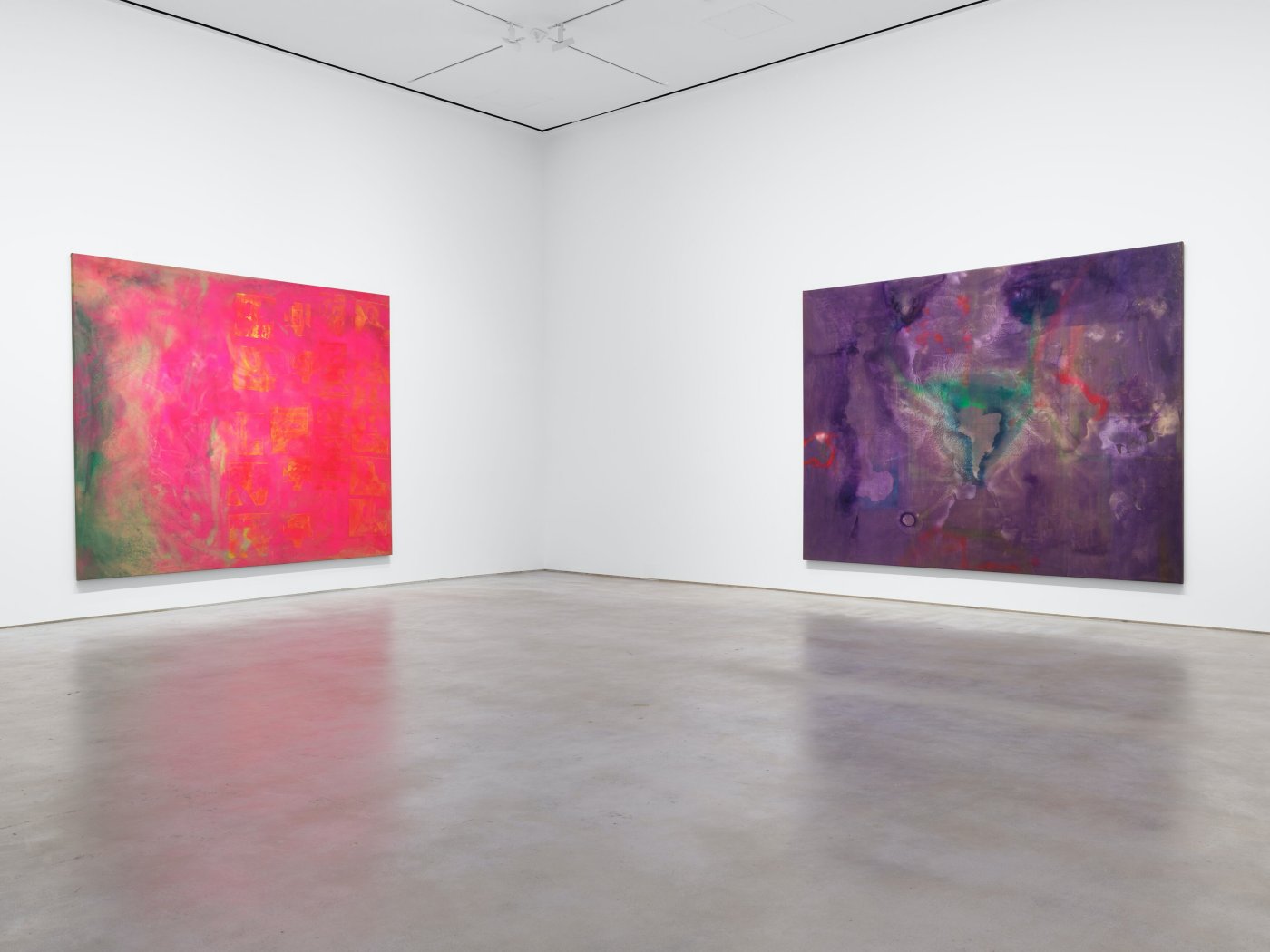 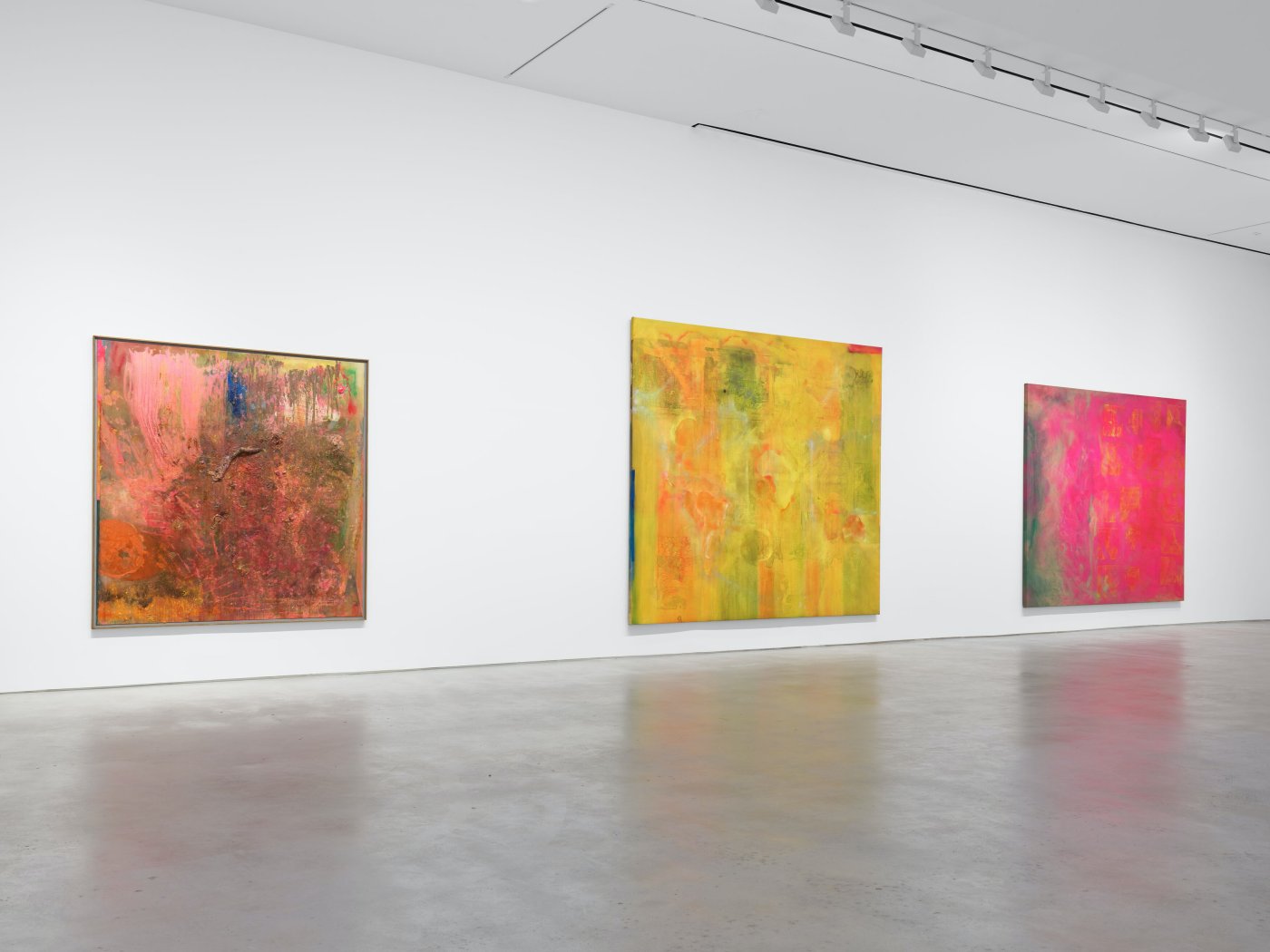 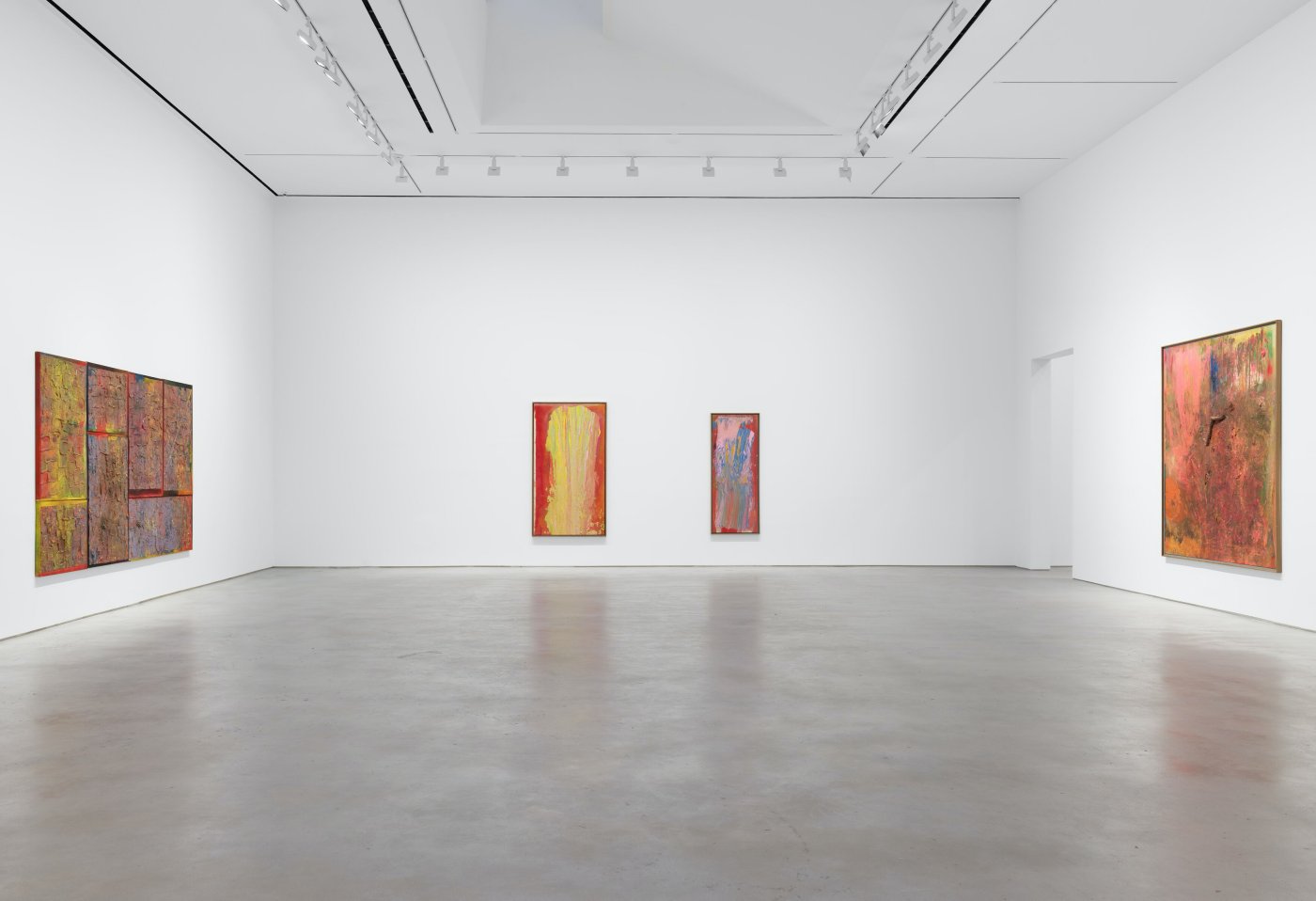 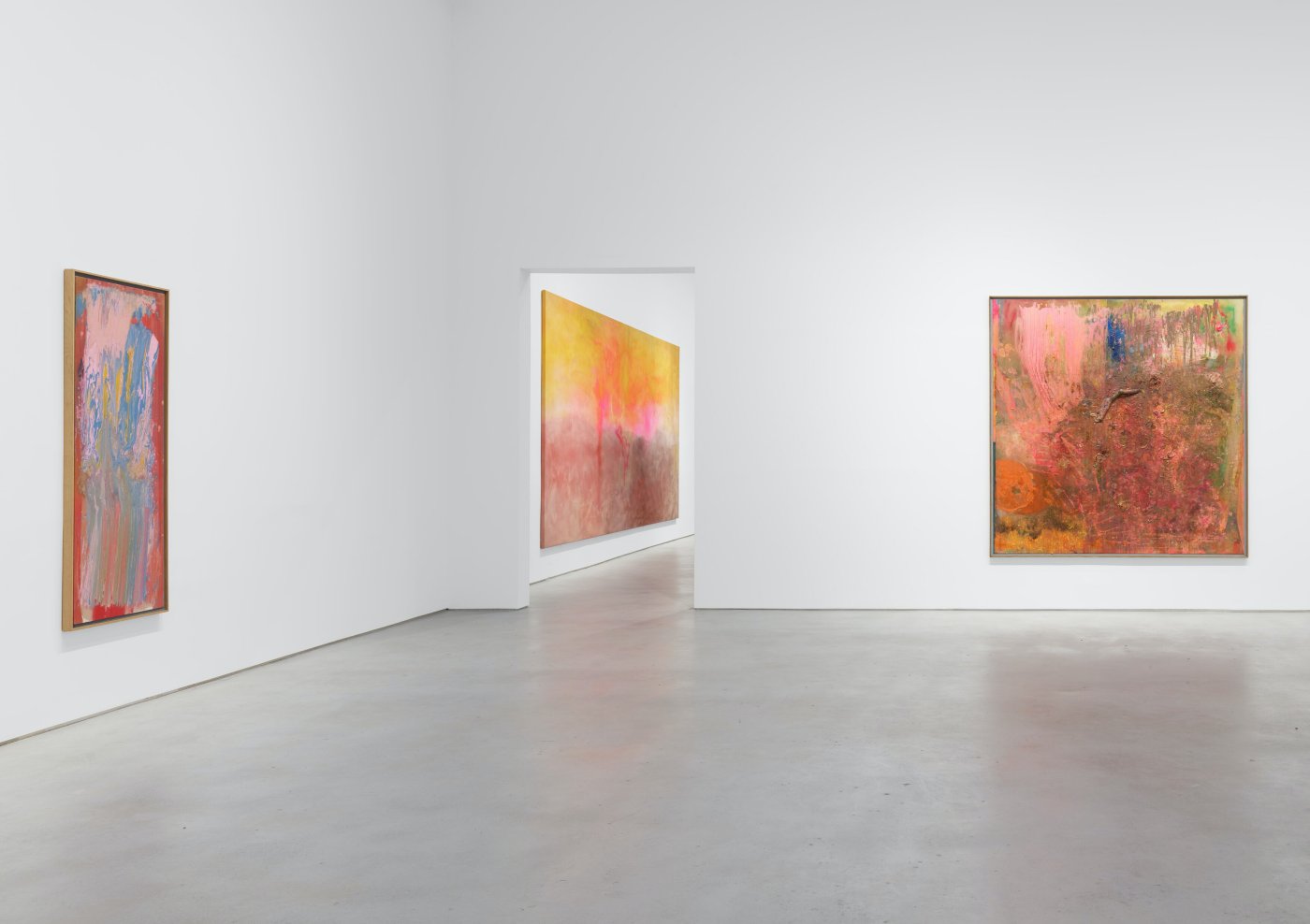 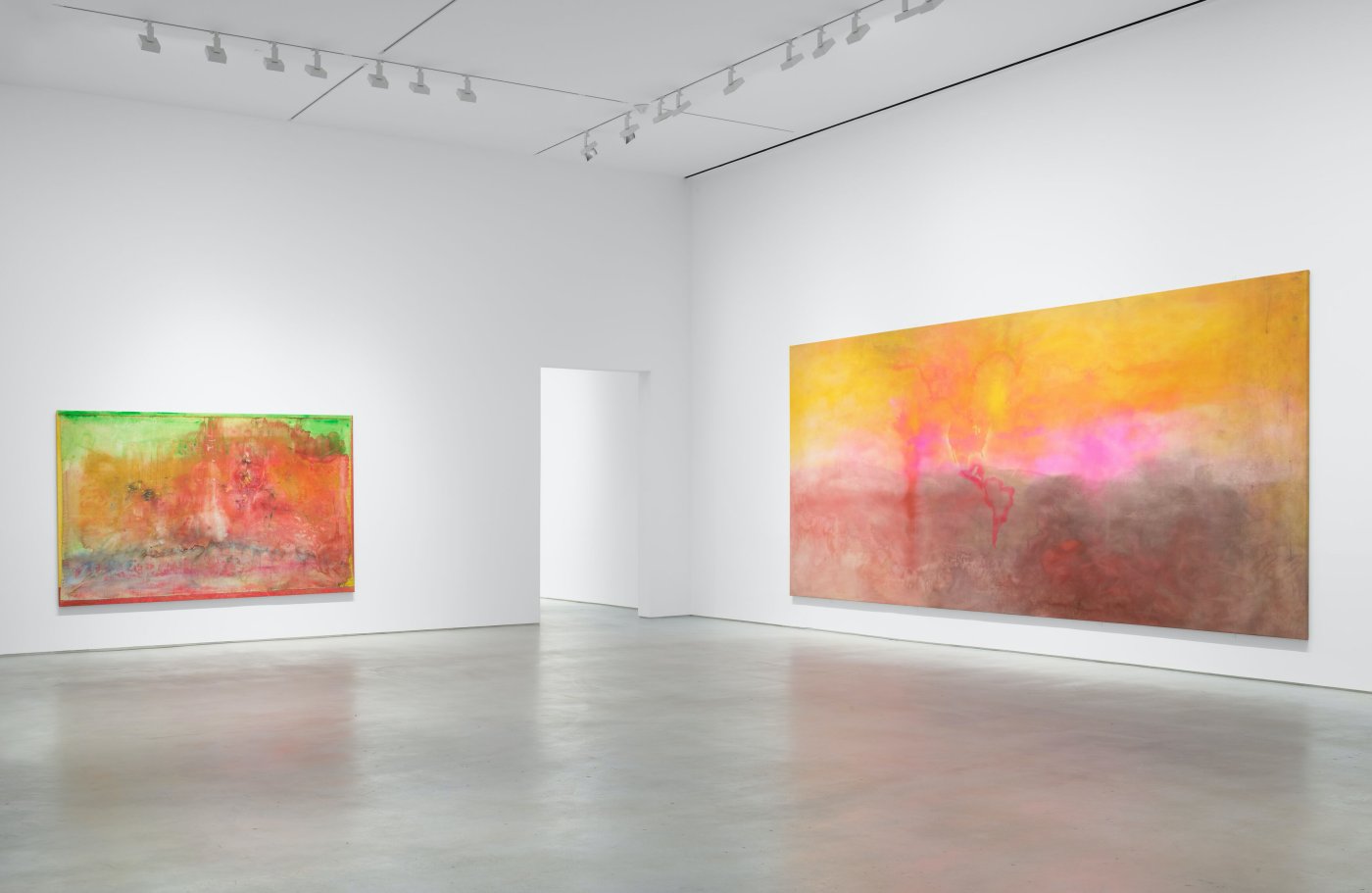 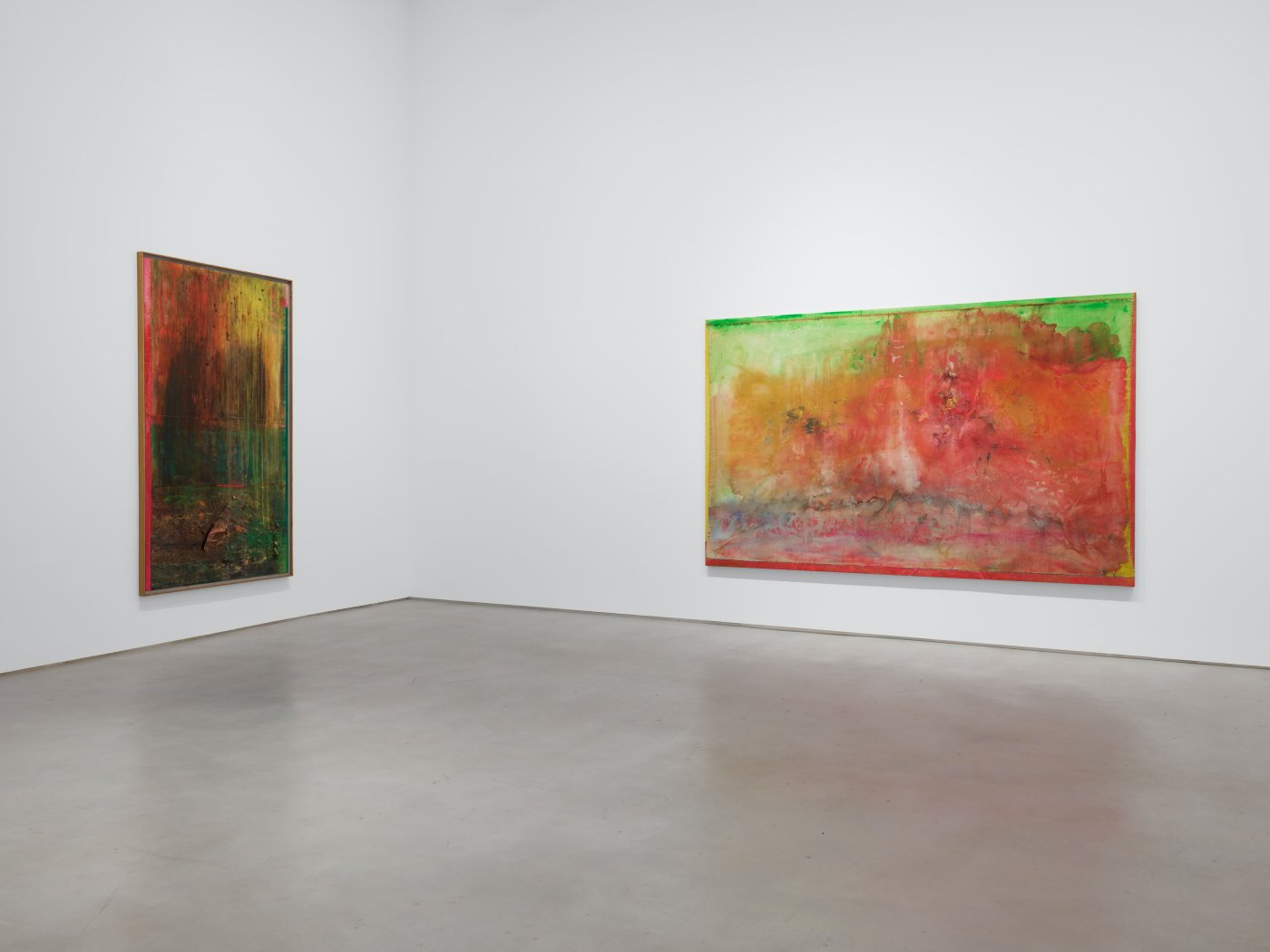 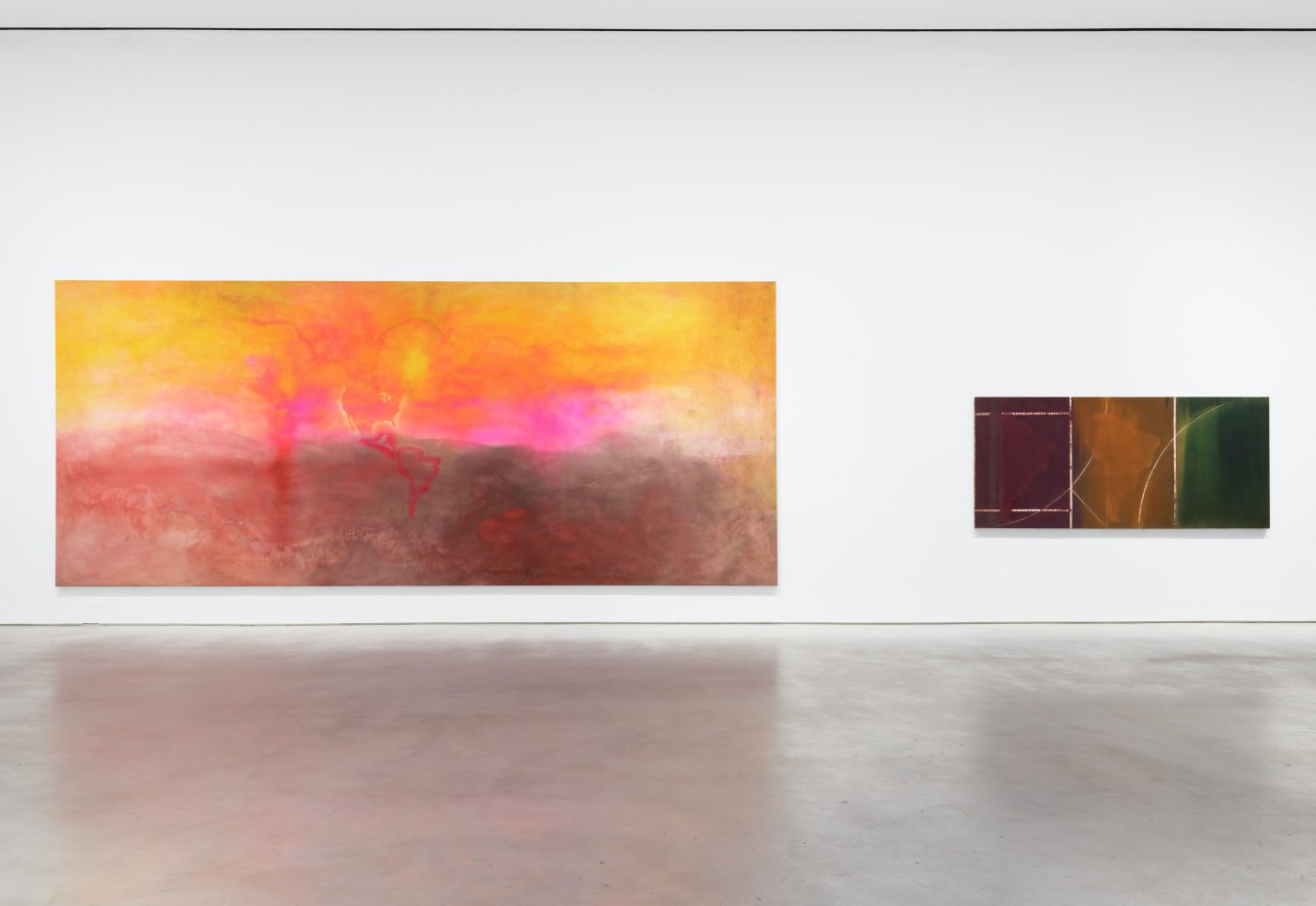 The exhibition charts Bowling’s life and work between the UK and the United States. Born in Guyana (then British Guiana) in 1934, Bowling arrived in London in 1953, graduating from the Royal College of Art in 1962. He later divided his time between the art scenes in London and New York, maintaining studios in both cities. London is the city where Bowling trained as a painter and achieved early acclaim. New York is the city that drew him to itself at the height of the Civil Rights movement, where he became involved in discussions of Black Art – New York was a place of fresh energy and ideas for an artist in search of new ways to make paintings.

Bowling’s transatlantic orientation reveals itself in a shift from his early engagement with expressive figuration and pop art, to an immersion in a uniquely poetic abstraction that continues to evolve even today. Visible in his work are the legacies of both the English landscape tradition and American abstract expressionism. Developing in and between two cities over the course of decades, Bowling’s exploration of light, colour, and geometry can be understood as profoundly influenced by the two great rivers of his life: he has maintained studios close to The Thames in London and the East River in New York, absorbing the brilliance of the rivers’ light into his vision. Bowling would often begin a work in one city and finish it in the other, merging the atmospheres of both. In his own words, ‘I would just roll the lot up and move. And I knew that when I got to the other end, I could roll them out again and continue to work.’

Bowling’s restless innovation on the painted plane endures in his latest works. He continues to break ground through the use of thick impasto textures, acrylic gels, collage, stitched canvas, and metallic and pearlescent pigments. The complexities of his upbringing in Guyana and his constant journeying between London and New York have only served to activate the richness of the different influences of each location. His paintings are a celebration of life lived in varying lights and colours.

A new publication will be released by Hauser & Wirth Publishers, to mark the occasion of this exhibition. In July 2021, Arnolfini, the International Centre for Contemporary Arts in Bristol (UK), will open a solo exhibition of Frank Bowling’s work as part of the institution’s 60th anniversary.

In 1961, while attending the Royal College of Art, Bowling visited New York. Recognizing that the city was the centre of the art world, and the home base of an organized effort to achieve greater representation of Black artists in public institutions, Bowling felt compelled to migrate there. As he says, ‘New York beckoned, and the toughness, competitive edge, and excitement drove me and my work to rise to new horizons’.

Bowling moved to New York in 1966, a charged historical moment in which Black American artists were seeking commitment from the larger art world to the civil rights movement. As an active instigator of dialogue, Bowling addressed the critical invisibility of Black artists through a series of writings for Arts Magazine (1969 – 1972), making a significant contribution to intellectual discourse around Black art in America with essays on fellow artists Jack Whitten, Mel Edwards, and Al Loving.

In the summer of 1984, as a resident artist-teacher at the renowned Skowhegan School of Art in Maine, he began to gather natural materials, gluing them to the surface of his canvases and painting over them. In this magical rural setting, Bowling’s impressions of rivers, natural light, and terrain fused with his memories of classical English landscape painting.

It was Bowling’s constant movement between New York and London that led him to cut up canvases in order to transport them more easily; he would sometimes even attach a canvas to another work, with extra strips added to the cropped edges. In works such as ‘Jamsahibwall’ (1990), a seven part work, this formal framing device extends into the painted ground area itself, and demonstrates the pioneering spirit of Bowling’s approach to technique.

Upon arriving there in 1953 at the age of 19, Frank Bowling immediately recognised London as home. He trained as a painter at the Royal College of Art and was struck by the achievements of such towering British artists as Constable, Turner, and Gainsborough. From their classic landscapes he learned to use translucent gel, a substance that adds body to paint for impasto technique. As Bowling himself said, ‘The fact is, it’s exciting and challenging to work in London, Turner’s town, and the pressures of the weight of British tradition are exhilarating’.

By the beginning of the 1980s, having taken up a studio near the Thames in Pimlico, Bowling was sharply attuned to the purely abstract aspects of traditional painting and the rich tradition of European painterly engagement with land, sea, cloud, and sky in their abstract forms. This is visible in works like ‘Rockface’ (1987) and ‘Sand Circle’ (1983), in which the artist used thick mixtures of acrylic gel and strips of polyurethane foam to create relief structures, evoking textured landscape and geological strata. By the late 1980s, when his passion for historical European painting had been further enriched, Bowling embarked on a period of experimentation: ‘I was trying to invent ways of using the traditional methods of applying paint – spilling, dripping, marking, measuring’.

Recent works on view include ‘May Shimmer’ (2018), a canvas of muddy-pink tones surrounded by vibrant yellow, and green made visually dynamic by light refracted from bits of jagged straw packing material embedded in the paint. In this work, Bowling achieves a delicate radiance by using drops of pearlescence, a pigment which produces shimmering and iridescent effects.